The Old Bar in Montenegro is the main attraction of Bar

Old Bar (Montenegro) is the main attraction of Bar, which in turn is one of the largest cities on the Montenegrin coast. The old town is situated not in the center of Bar, unlike most other similar places in other cities, but far from it. It is not difficult to reach it, but it would be inconvenient to visit it every day, living on the coast. 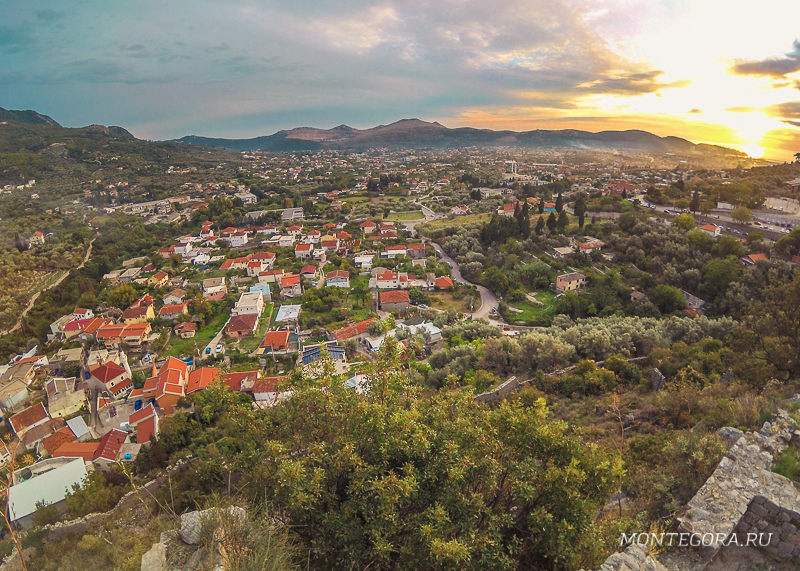 Old Bar stands 5 kilometers from the coast and modern Bar. This is where the settlement began, all the locals lived here until 1878. Old Bar has seen the Romans, the Slavs, the Venetians and the Turks. Many buildings have been destroyed by gunpowder explosion, many damaged by an earthquake in 1979. But it is definitely worth a visit.

History of the Old Bar.

People lived on the site of the Old Bar centuries before Christ. In any case, as evidenced by archaeological findings. In III B.C. the area was conquered by the ancient Romans who built a fortress here. In the 7th century the Old Bar was part of the medieval state of Duklja. It is known that in Bar there was the court of one of the rulers of Jovan Vladimir, who ruled the state at the turn of X-XI centuries. 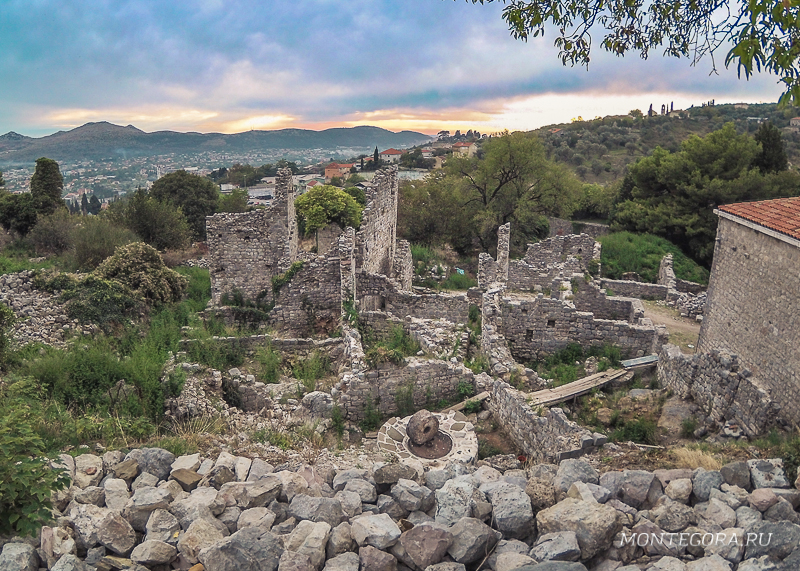 XIV and XV centuries – the time of transition of Bar from one state to another. Whoever owned it, but eventually the city ended up in the Venetian Republic, and it was in these decades of its heyday.

In 1571 the Ottomans occupied Bar which did not destroy the town unlike many other towns in the Balkans. 300 years later the old city was liberated by the Montenegrins led by Prince Nikola Petrovic, but explosions in warehouses with gunpowder left little stone unturned. So appeared New Bar, which began to be built directly on the coast. Well, about the 1979 earthquake, I’ve already said. More about the history of Bar I wrote in the main article on the city.

READ
Marbella, Spain: when to go and what to see 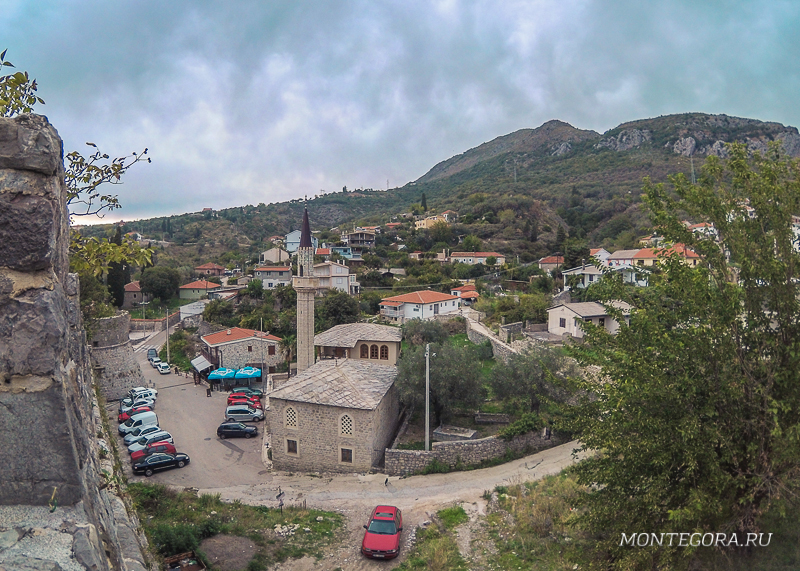 My impressions from visiting the Old Bar

Been to the Old Bar more than once and on occasion I will visit it again with pleasure. The main advantage of the attraction is that it has not been turned into a way to extort money from tourists. There is a fee to enter, but then you enter a space free of souvenir stores, cafes, restaurants, beggars and so on. That is why the Old Bar compares favorably with the Old Town of other Montenegrin resorts – Budva, Ulcinj, Kotor and so on. 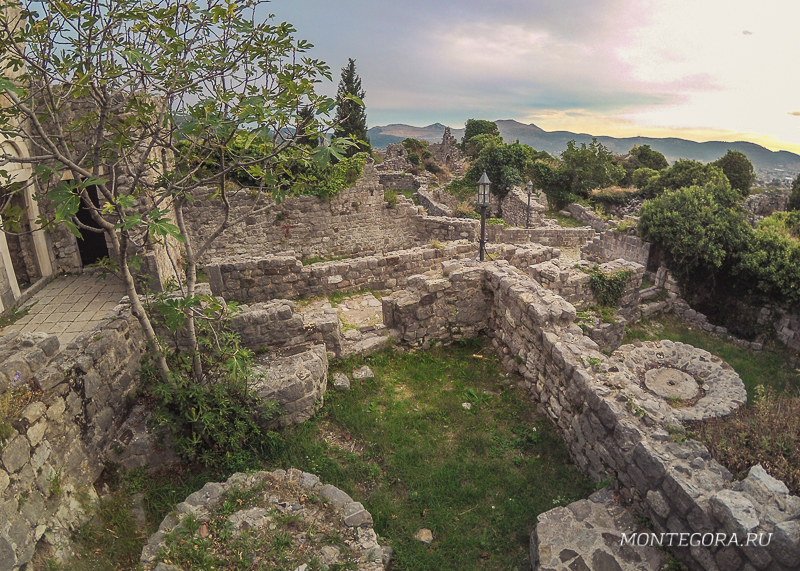 At the same time there are cafes and restaurants and souvenir shops, but they are located outside the fortress and you will be the first to see them. But I advise to get acquainted with them after a walk in the Old Bar.

Old Bar (Montenegro) is a real open-air museum. Inside you will find narrow cobbled streets, ancient houses and ruins. There are 240 buildings left in the city, the rest lie in piles of stone, already hidden by greenery. The oldest building, the city gate, dates back to the 10th and 11th centuries. Of the other buildings, be sure to look at: 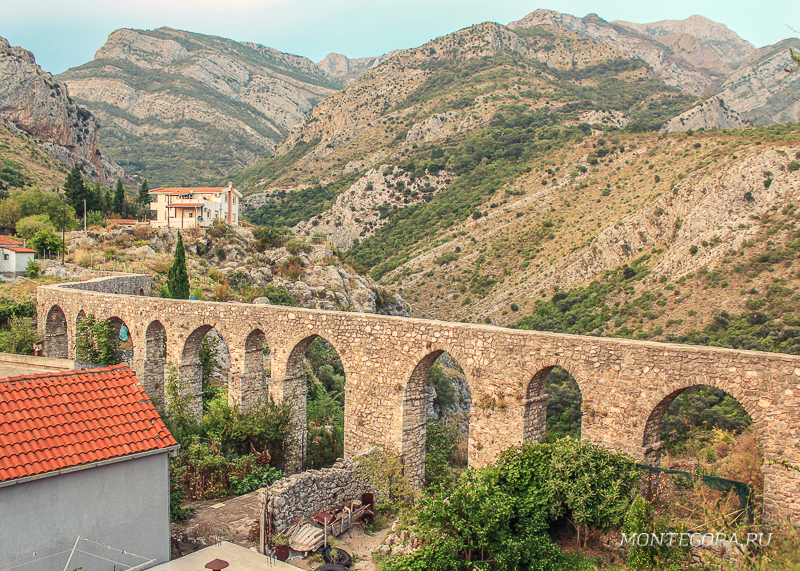 The Old Bar is small, you will have time to see everything in a couple of hours. Walk next to the ruins of the fortress wall, with views of the sea and the modern Bar.

I advise to come here a couple of hours before sunset and meet it on the fortress walls of the Old Bar, and after spending the sun at rest, have dinner at one of the restaurants you passed on the way to the attraction. 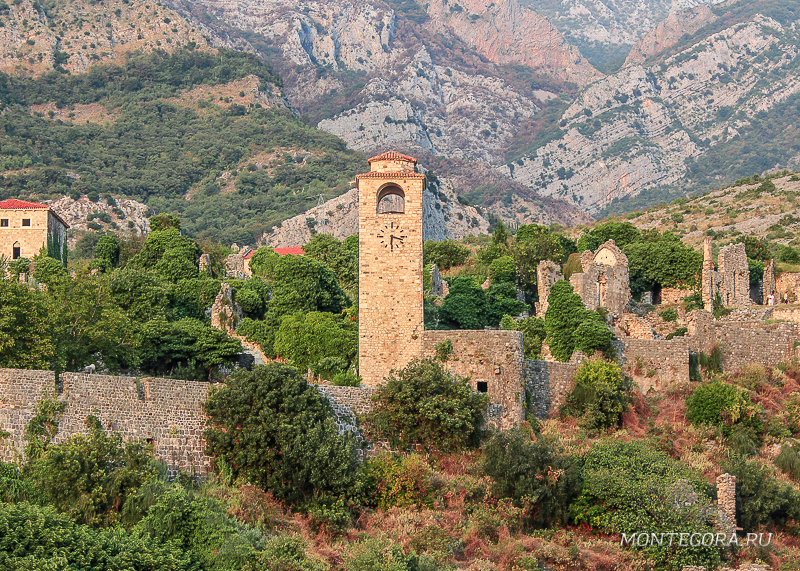 Sightseeing around the Old Bar

The Old Olive Tree in Bar – After turning onto the Old Bar, walk or drive a little further along the road. Beyond the river you will see a large tree behind a fence and a sign STARA MASLINA. Or if you’re coming from Bar, take the turn to the Old Bar and drive to the next one. There will be a sign for both the Old Bar and the Old Olive. Parking near the attraction is free.

However, the Old Olive Tree in Bar is a very questionable attraction, because the admission ticket costs 1 euro (admission ticket for a child is half the price), and there is only one tree to look at. Yes big, yes obviously old, but the tree. There is also a souvenir shop.

Tip: You can look at the old olive tree in Bar without paying an entrance fee, as the tree is perfectly visible from outside. Second option: buy a couple of souvenirs and ask to see the tree for free. Readers have told us that the trick works.

How to get to the Old Bar

Take a bus from any resort on the Adriatic Sea to Bara. See the timetable on busticket4.me (you can also buy your ticket there). From Bara bus station to Old Bar there is a bus for 0,5 euro. There is also a direct bus from Sutomore to Old Bar for 1 euro. 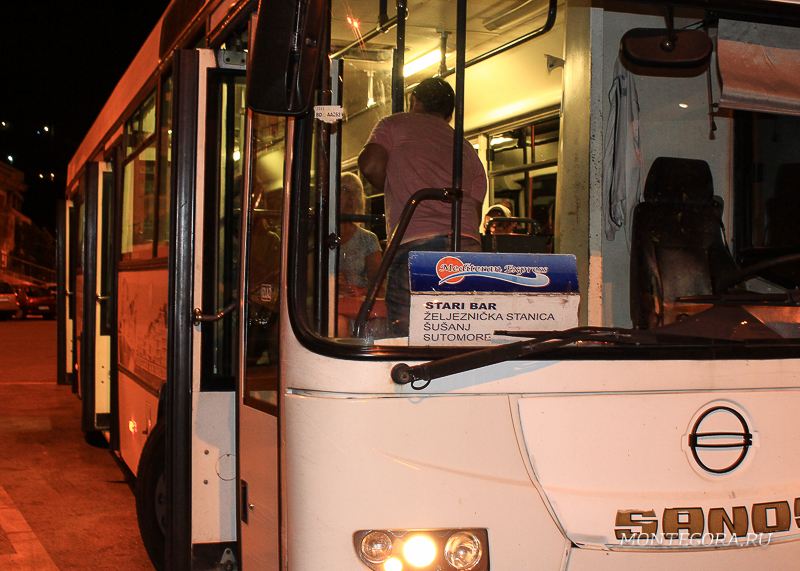 A cab from Bar to Old Bar costs 5 euros. About the transfer from other cities, read a separate article. I recommend to address to us, we can take you to Old Bar and give you a tour, if you want.

If you have a rented car (detailed information on renting a car in Montenegro is provided here) go to the point indicated on the map below. Parking is supposedly paid and costs 1 euro, but how many times have not been there, the valet waved off. Because the money is collected illegally. 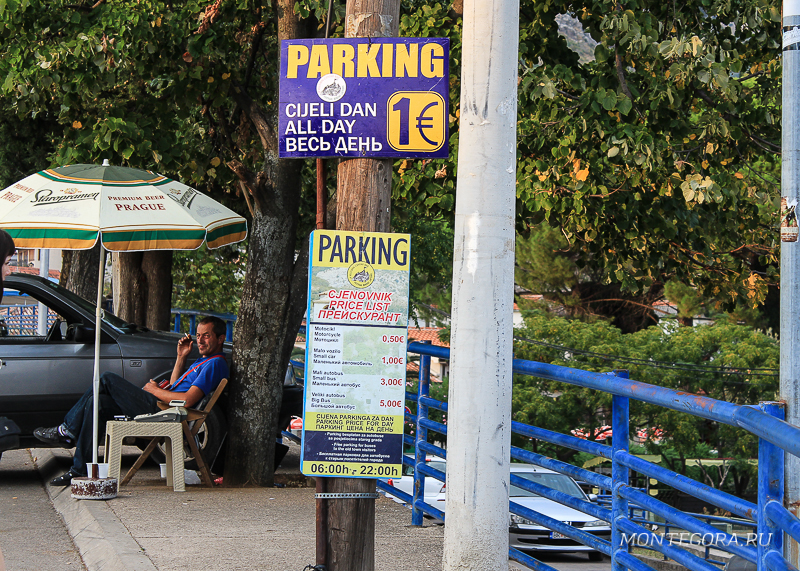 I have faced this trick many times in Montenegro. For example, in Perast I left my car at the free municipal parking lot, and a young guy immediately ran up to me and demanded 2 euros. Sent to a place known to all )). With the Old Bar, a similar story. But if you feel more comfortable, pay euros.

If you want to go from Bar to Old Bar with an individual tour, go to Vadim. He conducts a private tour for a group of up to 7 people Southern Contrasts: Bar and Ulcinj. The duration of the tour is 11 hours.

Old Bar on the map

Marked on the map all the important points that may come in handy when you visit the Old Bar. Including an observation point from which there is a beautiful view of the sea and the surrounding area. It is the best place to meet the sunset.

Where to live in the Old Bar

To live near the Old Bar for the whole vacation is not an option, because it would be inconvenient to get to the sea and the beaches. But as part of a trip to Montenegro it’s a good idea to stay here for a day or two.

Apartment Bartula – rating “good”. Apartment with a seating area and private bathroom. Rooms have views of the mountains and the city. Previous guests have highlighted the good location and the view of the Old Bar.

Villa Draginja – Villa Draginja has a private terrace overlooking the garden, the apartment consists of 3 bedrooms, living room with TV, equipped kitchen with dining area and a bathroom with bathtub. maximum number of guests is 8 people.

Guest House Konoba Kula is rated “Excellent”. The guesthouse is located 20 meters from the historic Old Bar and its rooms have a view of the nearby fortress. All rooms are air conditioned and equipped with a desk and a closet. Excursions to Albania can also be booked here. Guests in reviews of the guest house note the comfort in the rooms and the friendliness of the staff.

Already visited the Old Bar (Montenegro)? Share your impressions in the comments. Recommend a restaurant that you liked, tell about your parking experience. Other readers and I will be grateful to you.