Several attractions in Stockholm are connected with the name of the Swedish scientist Nobel: the Konserthuset (concert hall) where the Nobel Prize winners are awarded, the Town Hall where a banquet in honor of the winners takes place, and the Nobel Museum.

Perhaps the world would not have the most famous and prestigious Nobel Prize had it not been for an embarrassing mistake made by journalists in 1888. Ludwig, Alfred Nobel’s elder brother, died in Cannes. The press announced this sad event, calling Nobel’s passing “the death of an explosive death merchant. Alfred Nobel, the inventor of dynamite, though associated with the military industry, was a pacifist and did not want to remain in the memory of mankind as the villain of the world.

In 1895, a year before his death, he signed a will in which he ordered his entire fortune to be converted into capital and invested in a sound bank. All funds went to a foundation that managed this capital. Each year the interest earned on the deposit is awarded in the form of prizes to those citizens who have made the most significant contributions in the past year to chemistry, physics and medicine, literature and peace.

The prizes have been awarded annually since 1901, and the amount varies each year, e.g., in 2015 it was 8 million Swedish kronor, which is $960,000. The Nobel Prize in economics was established by the Bank of Sweden in 1969 (it is not a legacy of the Nobel Foundation).

Mathematicians were not eligible for the prize, this is due to an unhappy love that broke Alfred’s heart forever. Nobel fell in love with Anne, a charming Danish girl, and dedicated many love poems and poems to her. But Anna did not reciprocate and married the handsome and handsome mathematician Franz Lemarj.

It should be noted that numerous relatives of one of the richest men in the world have tried to challenge the will of a scientist, but in vain. After several years of litigation, the will took legal effect.

The foundation of the foundation was the money that Nobel received from the invention of dynamite, which was used in the construction of tunnels, dams and canals, where explosive works were carried out. It should be noted that the idea of replacing gunpowder with dynamite was suggested to Alfred by his father: “Gunpowder is expensive, inconvenient and easy to get wet. Whoever knows how to replace gunpowder will be famous for ages to come.

Together with his brothers Alfred Nobel was also engaged in the development of oil deposits in Russia. They had mastered the production of large amounts of kerosene and heating oil, lubricating oils for steam and railway vehicles, as well as gasoline. The brothers owned the plant “Russian Diesel” in St. Petersburg and armory in Izhevsk.

During his life Nobel experienced many failures – poverty as a child, bankruptcy of his father and himself, the ban on the production of nitroglycerin. All this hardened the character of the inventor and scientist. By the end of his life his fortune was estimated at 31 million crowns, he owned 355 patents, he owned 95 factories in 90 cities and 20 countries.

Each year, in October, the names of the winners are announced. A special committee, starting in September of the previous year, nominates the candidates and then determines the most worthy of them.

In the center of Stockholm there is a Concert Hall (Konserthuset), where on December 10, the day of death of a scientist, Nobel Prize winners in chemistry and physics, medicine and literature are awarded. Whoever deserves the Peace Prize will have to travel to the Norwegian capital of Oslo.

If you or your friends are honored, they need to buy a tailcoat and white tie, and the female laureate should buy an evening gown. Moreover, each laureate may invite a maximum of 16 guests to the ceremony in Stockholm.

At 10:00 in the Concert Hall, the chairman of the Nobel Committee makes an opening speech, and then the King gives the winner a medal and a diploma.

Concert Hall is located in a historic 18th-century building within walking distance of Sergelstorg square and the T-Centralen (“T-Centralen”) metro station.

The banquet is held in the Blue Hall of the Town Hall on December 10 at 19:00. The first toast is always to the royal family, and the second to Nobel. The menu for the banquet is drawn up in three versions as early as September, then a professional team selects the best of them. By tradition, the obligatory dessert at the banquet is ice cream; its ingredients are kept secret until the last minute.

And those who didn’t make it to the banquet can console themselves with a wonderful dinner at the Town Hall restaurant. There, throughout the year, guests will be offered a past banquet menu.

After the banquet, guests are ushered into the Golden Hall, where the ball begins. It usually lasts until 1:30, after which guests disperse to their hotels.

According to the terms of the award, the winner must give a lecture and talk about his Nobel Prize.

The Nobel Museum in Stockholm

As you can easily guess, all the exhibits here are dedicated to Nobel and the Nobel Laureates.

See the moving portraits of more than 800 winners of the most prestigious award you can with a kind of “ropeway”, stretched under the ceiling. In two cinema halls you can watch films about outstanding personalities, their complicated path, failures, defeats and victories.

For guests with children there is the Children’s Hall, where you can learn about the achievements of a scientist in game form. Quizzes are held, a cartoon about the boy Nobel is shown.

The museum has a bistro Nobel (Bistro Nobel), which also has a children’s menu. And when you turn over a chair, you’ll see the autograph of the laureate. In the store guests are offered books and souvenirs, as well as chocolate medals with the symbolism of Nobel.

The Nobel Prize Museum in Sweden

The Nobel Museum is located in the Swedish capital, Stockholm. He began work in 2001. The building, housing the museum’s exhibits and installations, was built in the 18th century. Located in the Gamla Stan, Stockholm’s old town next to the Royal Palace. It was once a stock exchange, and now it tells and shows the most prominent scientific discoveries and achievements.

In fact, the exposition is not that big – it takes an hour to walk around the entire museum. But perhaps that is a good thing, because a visit to the museum does not turn into a boring walk for hours from one exhibit to another. The creators made sure that people, including children, would find it really interesting to learn about the scientists, writers, and other recipients of the world’s most famous prize, the Nobel Prize. 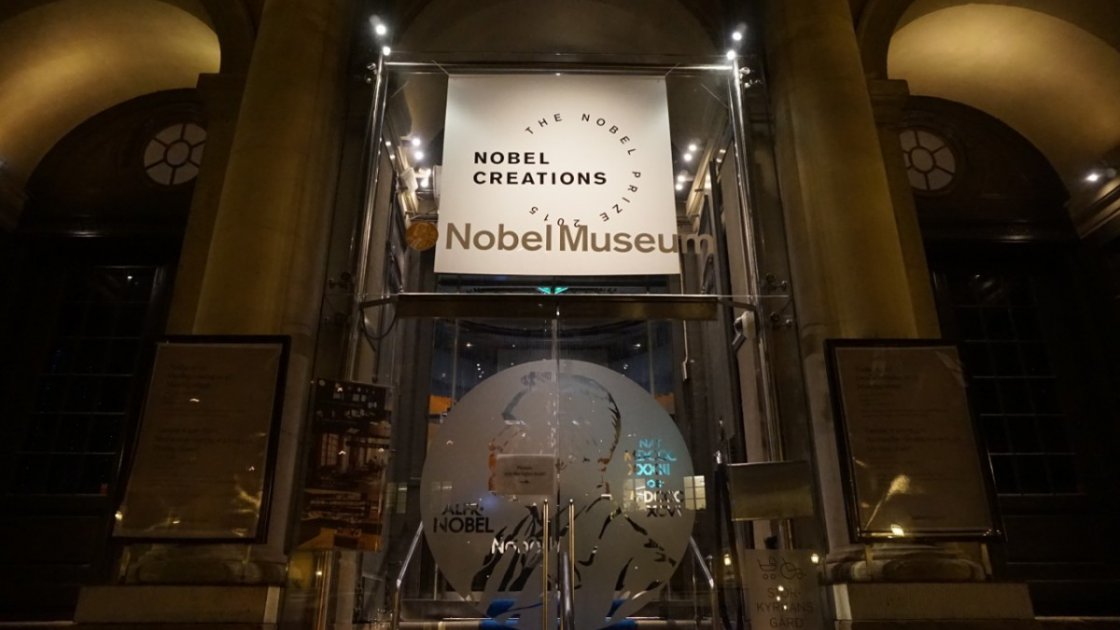 Of course, here you can also learn about the history of the prize’s founder, Alfred Nobel. Since he considered himself a cosmopolitan and a citizen of the world, his places of residence at different times were St. Petersburg, Stockholm, and Paris. Many know that Nobel is the man who invented dynamite and other explosive mixtures. It should be noted that the scientist saw in his discovery solely a benefit for mankind, not a way to kill. He himself was an ardent opponent of violence. 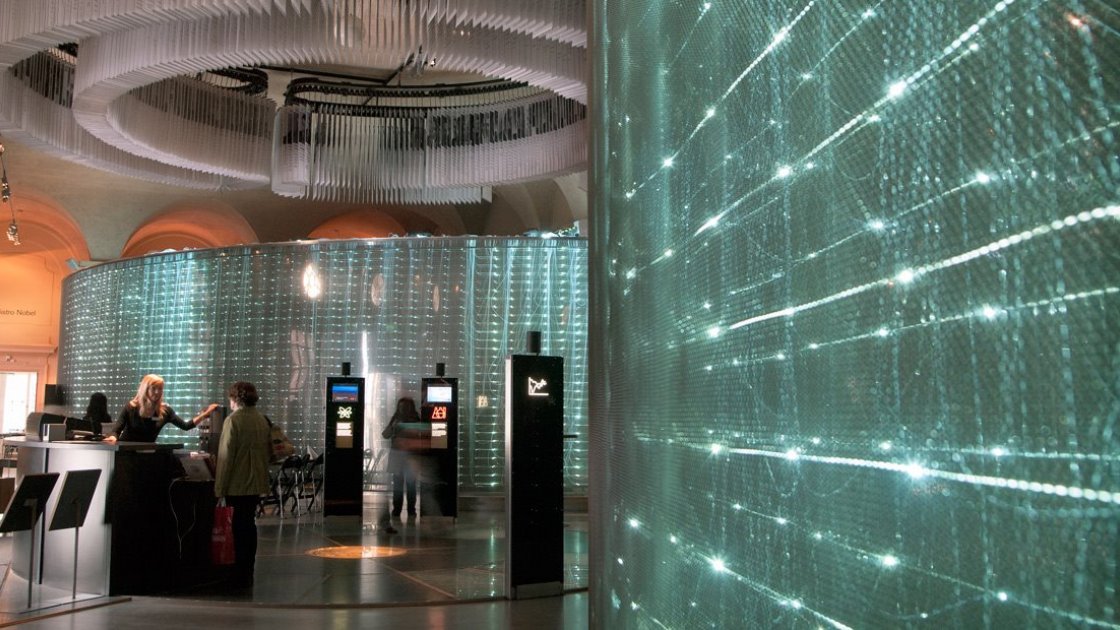 Also, Nobel preferred to lead a healthy lifestyle. He had a negative attitude to alcohol, smoking and gambling. He was interested not only in chemistry but also in philosophy. He loved to read. So when the media started hounding him about his discovery of dynamite, Nobel decided to be remembered by the world not only for creating explosives. Then he decided to bequeath part of his fortune – 31 million Swedish kronor – to establish a foundation that would reward researchers and scientists.

The Nobel Museum is home to all those who have been honored with awards. Photos of the laureates, who number more than 800, move through the museum with the help of a moving construction under the ceiling. Also on display in the museum are personal items that the awardees should give as a keepsake. For example, the writer Selma Lagerlöf, who wrote the story of the little traveler Nils and became the first woman Nobel Prize winner, left one of her shoes. Another writer and poet, Gerta Müller, decided to donate her manicure shears to the museum. In addition, laureates leave their autographs on museum chairs. 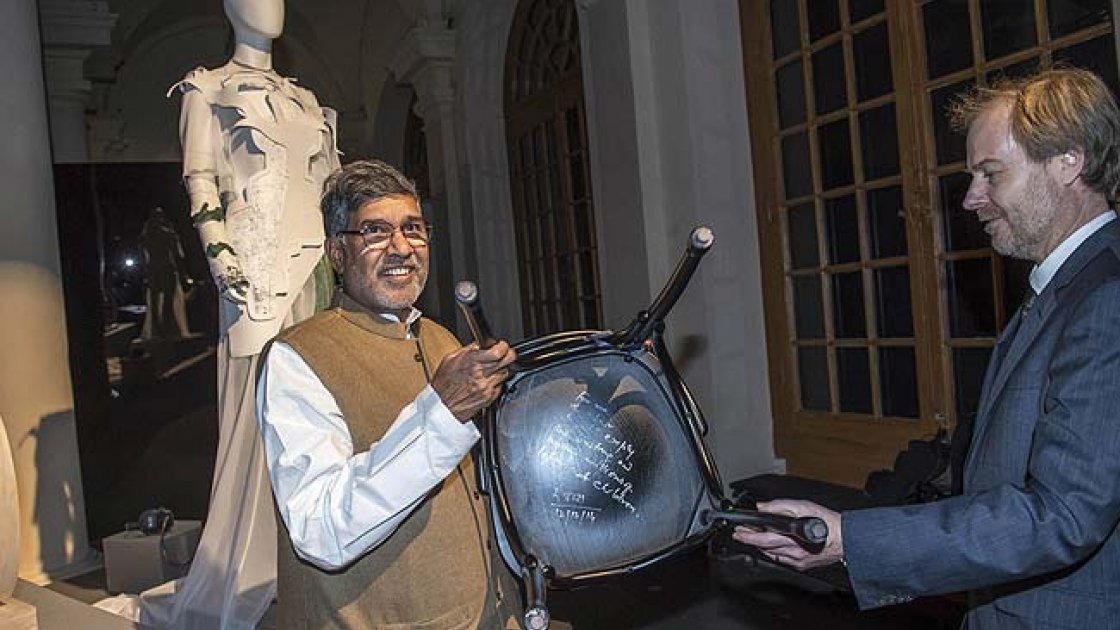 The size of the Nobel Prize, which the laureates receive, is not a constant value. The largest it was in 2007 and amounted to 1.56 million dollars. The smallest, in 2000, was $0.9 million. The prize covers the greatest number of scientific disciplines. It is awarded for discoveries in physics, chemistry, medicine, literature, economics and promoting peace in the world. That’s why the Nobel Museum exposition is annually replenished with new heroes.

There are separate exhibitions devoted to such famous laureates as Marie Curie, Winston Churchill and Nelson Mandela. Since Nobel willed not only to reward scientists and figures financially, but also to arouse interest in the natural sciences, the museum hosts various exhibitions, shows films and performances, holds scientific debates and discussions on world problems. The staff of the Nobel Museum are also engaged in scientific research. The museum has a souvenir store. And you can visit the museum for free – if you come here on Tuesday from 17:00 to 20:00.