7 chic trains of the world. Two of them ride in Russia Today, trains no longer evoke the awe and sense of wonder that they did a hundred years ago.

Nevertheless, they are still able to fascinate: premium compartments with rich interiors and 24-hour service, like in the best hotels in the world. Or simply with magnificent views outside the window.

We decided to find out what modern trains are capable of surprising.

1. Orient Express: a symbol of wealth of the last century. A classic. The famous train that was the basis for the Agatha Christie novel has a rich history. The luxury train made its first run on the Paris-Constantinople route as far back as 1883.

Over the past century, celebrities such as monarchs, politicians, businessmen, actors and stars have ridden the Orient Express.

Today, anyone can touch history and then tell you that they traveled on the same train as Charles de Gaulle, Elizabeth II, Franz Josef, and Agatha Christie. The rooms are practically antique. The compartments are worthy of a five-star hotel. Meals are prepared by chef Christian Bodigoul, who for 30 years was head of cuisine on the three-car dining train. Fact: It’s the first train with a bathroom with hot and cold water in every compartment. The train butler is on hand 24 hours a day, so you can’t live too pretty.

2. The Blue Train: wealth of Africa African legend. Since the beginning of the last century the famous “Blue Train” amazes with the interiors and service of the highest grade. The interior of the compartments is like in a five-star hotel.

The train’s history dates back to the gold and diamond rush of the 1880s, when the insane earnings of enterprising people made it reasonable to build such a premium train.

Beginning in 1997, the route of the revamped Blue Train between Cape Town and Pretoria was extended north to the famous Victoria Falls. The journey became even more interesting. Antelope, giraffe and buffalo of the national park savannahs can be seen from the windows

Prices start at £900 or 70 thousand rubles. The trip lasts only two days. The most fantastic way to travel in Africa.

The Glacier Express: the best view of the Alps A red and white train connecting the train stations of the Alpine resorts of St. Moritz and Zermatt . Amazing views from the windows. Much of the way the train passes through UNESCO World Heritage sites: from the municipality of Sankt Moritz to the Riunaulta – the Swiss Grant Canyon. The ride on the Glacier Express passes over 291 bridges, 91 tunnels and over the Oberalp Pass at its highest point at 2,033 meters above sea level. In total, the trip takes 7.5 hours.

There is no luxury, but there is natural beauty outside the windows. There are no outlets in the carriages, it is impossible to charge gadgets – a hint that you can’t be distracted by smartphones

“Glacier Express” is rightly called the best panoramic and the slowest high-speed train in the world. 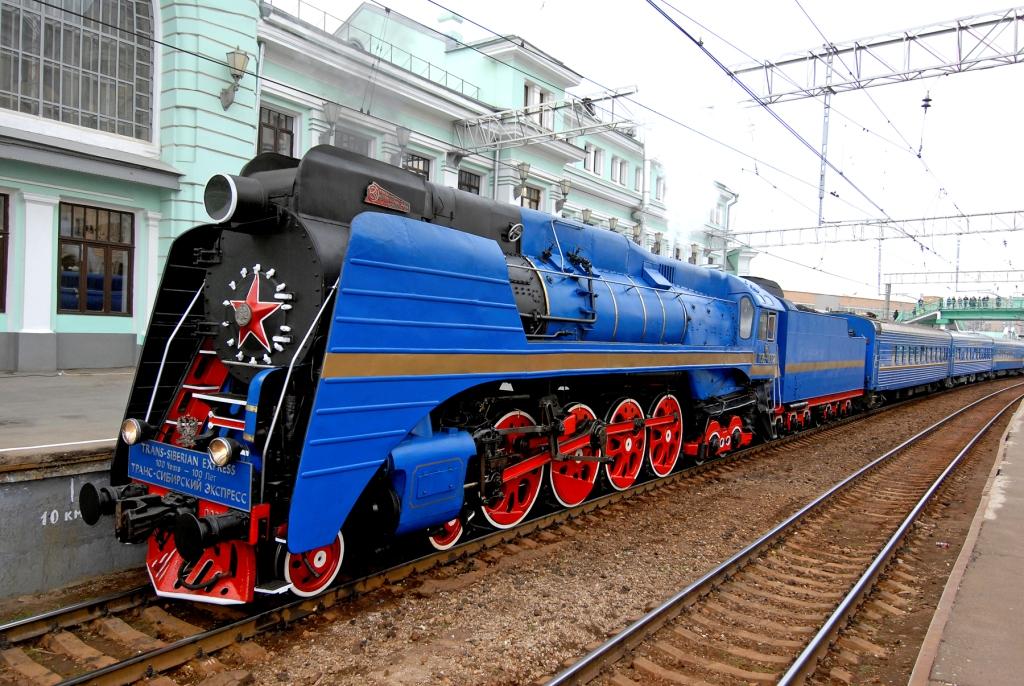 Trans-Siberian Railway, which connects Moscow with Eastern Siberian and Far Eastern industrial cities of Russia, is the longest railway route in the world.

READ
Visiting Santa Maria Novella, Italy: how to get there, prices and tips The trip from Moscow to Vladivostok on one of the most luxurious and expensive trains in Russia, the Golden Eagle, takes 14 days. It is nine days longer than by usual train.

This is due to the long stops in major Russian cities. During the trip passengers will pass through Kazan, Yekaterinburg, Novosibirsk, Irkutsk, Ulan-Ude and Ulan-Bator (Mongolia), Khabarovsk and Vladivostok.

But in addition to its tourist appeal, the Golden Eagle will surprise you with its luxury inside. From the outside it is inconspicuous. Each compartment has a bathroom, a bed, a closet, a TV and a music center. The train has two dining cars, a kitchen car, a laundry car, a storage car, a service car with a beauty salon and a medical station. Also a bar.

Curiously enough, the train is not on the regular RZD schedule. It is a private tourist train. The cost of the trip on the Golden Eagle ranges from 973 thousand rubles to 2.4 million rubles. This is an analogue of “Golden Eagle”. The route of “Imperial Russia” is similar (departure from Moscow), only the arrival point is Beijing, not Vladivostok. In each VIP-compartment passengers enjoy LCD-TV, personal air conditioner, shower and toilet. In cars with simpler equipment the WC is combined between two compartments. The absence of the understandable guide-program, bad medical personnel, obligatory boring lectures – so say the Russians. But no complaints from the Chinese

In general, for those “poor” Chinese who couldn’t afford the trip on the “Golden Eagle”.

6. “Palace on wheels”: expensive-rich and necessarily with gold. The train, formerly called the Royal Rajasthan on Wheels, has recently changed its name to the simpler and more appropriate Palace on Wheels. Why be embarrassed? Each compartment is designed in a unique style. During the week-long journey, the passenger will see most of Rajasthan’s most interesting places: from the desert sands and wildlife reserves to the country’s historically important forts and palaces. From gold wood to polished steel with rock crystal inlays, each compartment stands out with its design and finish.

There are 39 luxury and 2 super-luxury compartments, each accommodating 80 passengers. Book your favourite compartments in advance. The locomotive runs through the major tourist spots of Scotland: from ancient castles and forts to the famous whiskey distilleries (where else?). Travellers will see: the Scottish mountains, waterfalls and colorful landscapes. The train itself includes 5 sleeping cars, 2 dining cars, 1 terrace sightseeing car and the Bamford Haybarn Spa car. Because why not?

Curiously, the train stops for the night at a quiet station or alternate track. Maximum comfort is created by the quiet seats. For passengers is a favorite system of Russian tourists All Inclusive.