The Laurel Forest of Madeira, Portugal

In faraway Portugal there is a protected place, the island of eternal spring, Madeira.

Despite the vagaries of human imagination that associates the word island with sun and beaches, and there are plenty of such places on our planet, Madeira is famous all over the world not at all. In fact, the island beckons with the mysterious name “Laurelsilva”, which not only summarizes the laurel forests, but also other endemics of the flora of a region such as Macronesia. In addition to Madeira, it includes the Canary Islands, the Azores, and the islands of Cape Verde. The nature and landscape are so unique that in 1999, UNESCO declared it a World Heritage Site.

The island remained uninhabited until the beginning of the 15th century, and humans did not come here until 1419, when two Portuguese ships were washed ashore in a storm. At first, the settlers ate only fish and local wild fruits and vegetables. Later grains, meat, and poultry were added to the diet. As the grain crop, including wheat, became scarce, the king of Portugal, under whose control the island was, ordered the cultivation of sugar cane. In view of the high cost of the “sweet salt”, Madeira began to attract traders and entrepreneurs from all over the world. 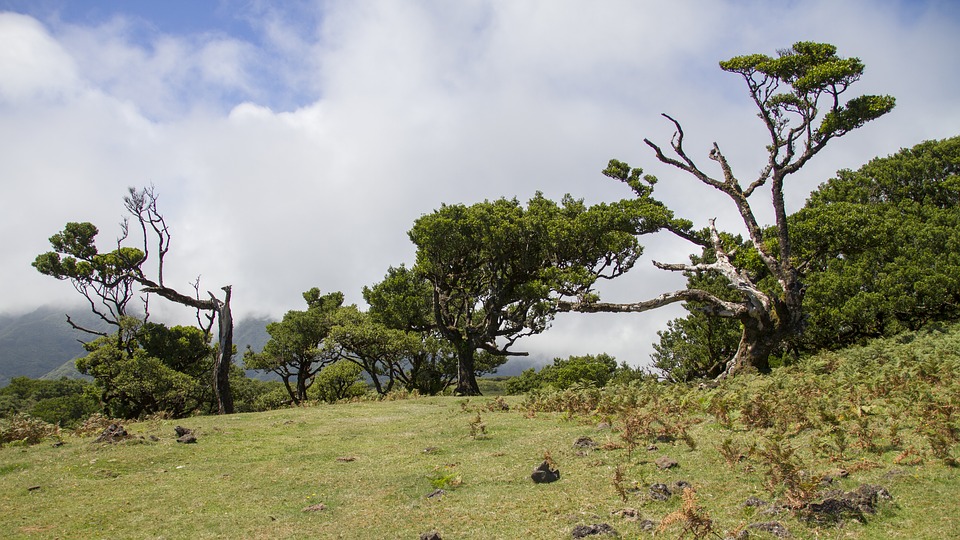 During the Napoleonic Wars the island was in English hands for a short seven years, but in 1814 returned to Portugal.

Since the XIX century Madeira is becoming famous as a resort. On it, as on the French Riviera, rests royal dynasties, politicians and prominent members of the artistic elite.

Since 1975, the island is autonomous and July 1st is also known as Madeira Day.

The laurel was once the most important plant species in Europe. Almost ninety percent of the original laurel forests have been preserved in their pristine form since ancient times in the subtropical climate. Today, these unique forests, preserved only here, cover fifteen thousand hectares of the slopes of Madeira at an altitude of between three hundred and fifteen hundred meters from sea level. This rare type of forest is a natural habitat for nearly extinct species of flora and fauna, many of which are Tertiary relics that date back to preglacial times. 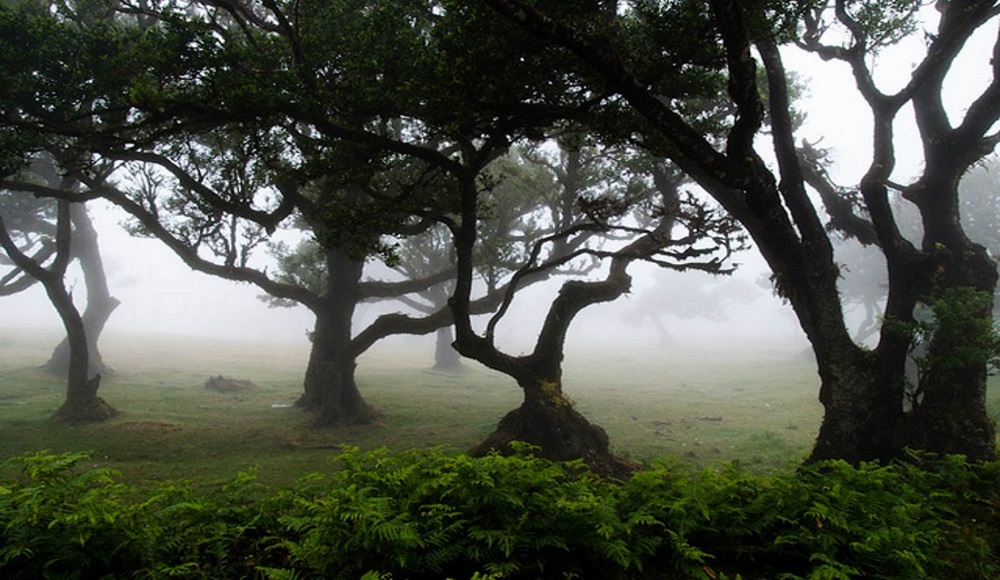 Here grow evergreen laurel trees such as barbosano and til, laureiro and vinatocchi, interspersed with the equally valuable species of branco, adenos and bocano. On these lands one can also find forty-meter giants, rare shrubs Folado and Perado, ferns and briophytoa, herbaceous plants and orchids, as well as the rarest varieties of geraniums. In addition, scientists found more than sixty species of vascular and moss-like plants in the local forests. All these representatives of the unique fauna of the island more than fifteen million years ago dominated the entire southern European territory.

Laurissilva is also the habitat of endemic fauna, including rare species of invertebrates, birds and bats. Particularly famous is the Madeira pigeon, a large, dark bird with a silvery neck and a violet tint on its breast.

In order to preserve this diversity of unique endemics, the national park was founded in 1982 by decree of the Madeira Regional Government. 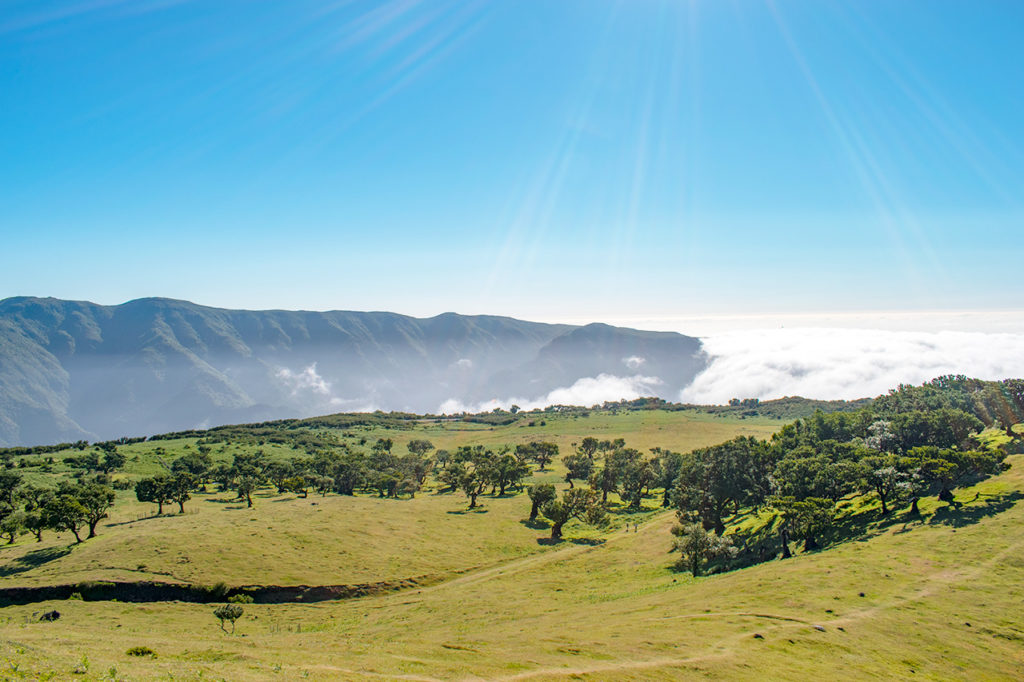 This woodland is a striking example of the local laurel forest. Located on the plateau of Paul de Sierra near the town of Porto Moniz. The humid climate and frequent rains make the plateau a de facto water reservoir to irrigate the lands of arid regions.

And the forests change according to temperature and humidity . At the same time, going for a walk in the forest paths, it is worth bearing in mind that it is better to dress for cold weather and slippery paths. And due to the huge area gives the impression of a lonely walk, regardless of the number of visitors at any given time. It is also worth noting the lack of food outlets in the reserve. 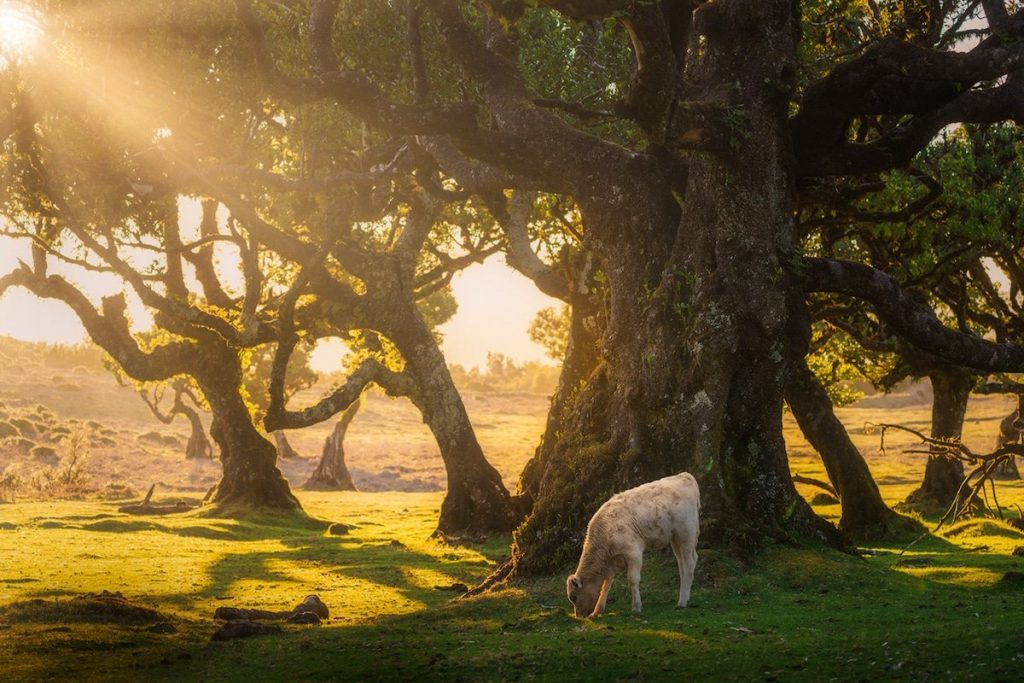 This is the name given to the irrigation canals on the island for the passage of water from the northern to the southern part of the island, which is in a drier climate zone. It is a simple ditch that is lined with stone or paved with concrete . The last such simple structures were created in the 1970s. In Madeira there is a whole network of such grooves, most of which are functional.

READ
Chernobyl and the ghost town of Pripyat

It is along the levades that most of the hiking trails are planned, from the mountain trails to those that end in the settlements, giving the tourist the opportunity to rest. But in any case, the journey along levadas usually lasts for several hours. 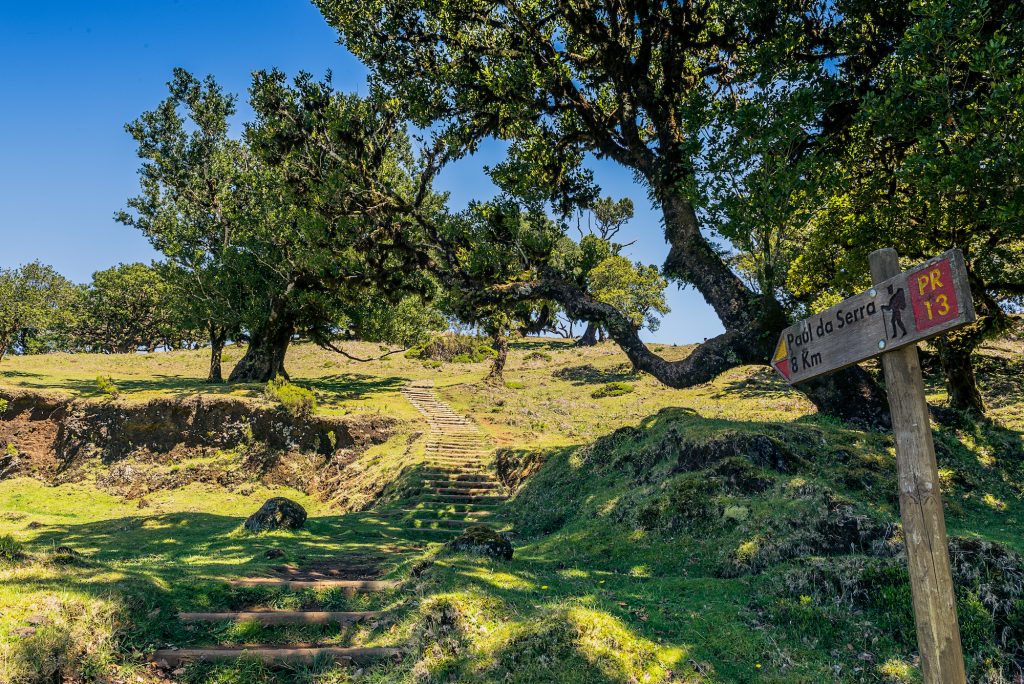 In 1999, the unique natural landscape of Lauricilva on Madeira was added to the UNESCO World Heritage List. Laurisilva is a species of laurel forest, as well as other endemic plants of the Macronesian region (Madeira, Azores, Canary Islands and Cape Verde Islands).

The laurel forests cover about 15,000 hectares of the island and grow at altitudes of between 300 m and 1,500 m above sea level in a constantly humid climate. All of these trees are relics and have almost disappeared from the surface of the Earth. Only a small part of the forest is found in the southern half of the island. Most of the Lauricylva covers the mountain slopes in the northern and northwestern parts of Madeira.

Such forests grow on mountain slopes where rainfall in the form of rain or fog is frequent. The Fanal forest is just a representation of the laurel forests.

The Fanal forest is located on the plateau of Paul da Serra near the city of Porto Moniz. This region of the island has frequent rainfall and humid weather, so the plateau actually serves as a reservoir for the entire island. This is where water is taken from to irrigate the fields in arid regions.

This forest changes incredibly depending on the weather. If it’s raining or foggy, you’re in some kind of mystical world. For some reason I was reminded of footage from Lord of the Rings and The Hobbit. The truth is that you can not enjoy the beauty for too long, because it is cold (the weather is +25 below the island, but on the plateau that day the temperature did not rise above +9), wet, windy and plus you need to watch your feet to avoid falling in the mud. That’s how we saw this forest for the first time, and it was “WOW”.

I saw many pictures on the Internet with a mystical fog, without people. I really wanted to remember this incredible image. And it worked! Photographs without people – no problem at all, because all the normal people obviously did not come here in this weather. Not to deceive you of course, except for us there were people (we saw them), and a few cars … That is, someone else was walking on the trails. Honestly, I am amazed at these people, we ourselves have lasted 15 minutes, exactly as long as I did mystical photos).

The second time we were in this forest in a more pleasant weather for walks – high cloudiness, lack of rain, and well therefore a large number of tourists! But do not let this scare you, the forest is huge and still gives the impression that you are walking alone.

Well by the way this time I was able to see what the forest looks like at all, that there are benches for picnics, a beautiful view of the ocean, and generally that you can see something beyond the next tree.

I can imagine how beautiful the forest looks in cloudless weather; but I suspect that such natural phenomena are quite rare.