Vungtau – all about the resort city of Vietnam

Vungtau (Vietnam) is a large city settled in the southern part of the country, on the shores of the South China Sea. Vungtau, which is 125 kilometers away from Ho Chi Minh City, has a population of about 300,000 people.

Vungtau is a large-scale commercial and industrial center of Vietnam. This city has factories that make the branded items that come into our stores, and nearby in the sea are oil drilling platforms where oil extraction operations take place.

The oil production has made Vungtau one of the richest towns in Vietnam: there are quite expensive restaurants, many private mansions, good roads, and well-developed parks. 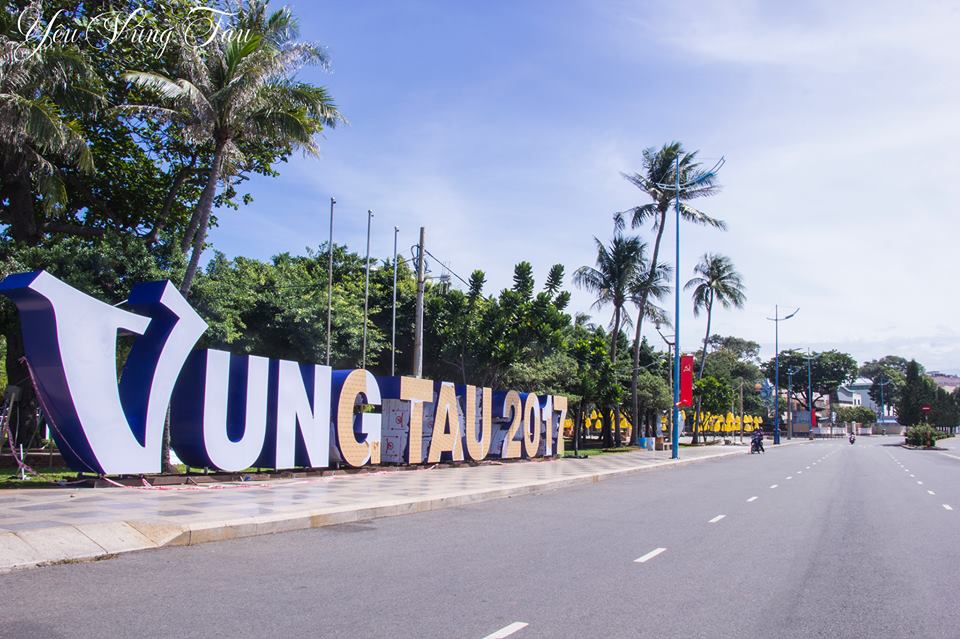 There is a Russian-Vietnamese company Vietsovpetro in Vungtau, where many oil workers from the CIS countries work, which was the reason for the creation of a whole neighborhood in the city with infrastructure, organized specifically for these people. There is a Russian school and stores with goods from Russia in the area. But this part of Vungtau looks rather unattractive: standard Soviet high-rise buildings with small and not exactly clean yards.

Vungtau is not only an industrial city, but also a famous Vietnamese resort with a fairly good infrastructure for recreation. In its coastal zone a lot of villas, which used to live in the elite, and which were later converted into restaurants and hotels.

Vungtau is a nice enough town. But before you choose to rest on its beaches, pay attention to the following features:

Nevertheless, visitors from Vietnam often come to the resort of Vungtau for a beach holiday. Europeans who live here or come on vacation swim in the pools at the beach clubs and surf and kite-surf at sea. Many kite and surfing sites are open at this resort. 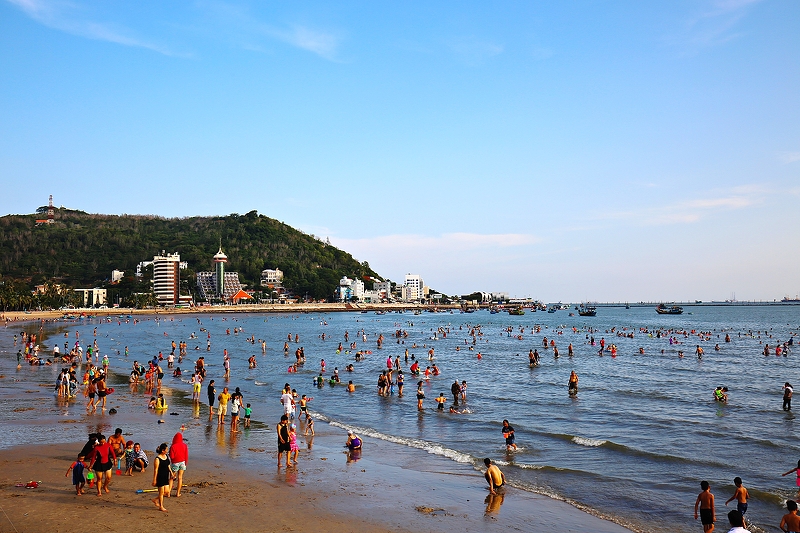 The most popular in Vungtau is “Front Beach”, located very close to the city center. The beach can not be called clean, there are always fishermen gathering here in their boats. Also be prepared to meet rats on this beach. There are no deck chairs and umbrellas.

But along the coast is laid out a beautiful little park, along the alleys of which you can stroll, hiding in the shade of trees from the scorching sun.

The “back beach” is located on the other side of the cape – it stretches for several kilometers from Little Mountain to Paradise Park. It is very exposed to the tide and in the winter the waves are very big. Nevertheless, this is the only beach in the resort, which complies with European norms. Entrance to its territory is free, but for beds and umbrellas you have to pay 50-100 thousand dong per day. The most comfortable part of the beach – near the hotel Imperial. Nearby there are 3 cafes, where you can eat tasty and inexpensive, and you can also bring food directly to the beach.

There are other, less popular beaches in Vungtau:

What to see in Vungtau

In addition to the usual pagodas and temples that are present in all localities in Vietnam, there are sights in Vungtau that can not be overlooked. For example, the huge statue of Jesus and the majestic lighthouse. If you want to see something really unusual, you can go to the World Weapons Museum of Robert Taylor, or visit the dog races at the stadium Lam Son.

It is the 32-meter statue of Jesus Christ that is the most significant urban landmark of Vungtau. The statue is located in the southern outskirts of the city on Mount Nuino (760 meters above sea level). The year of construction is 1974. 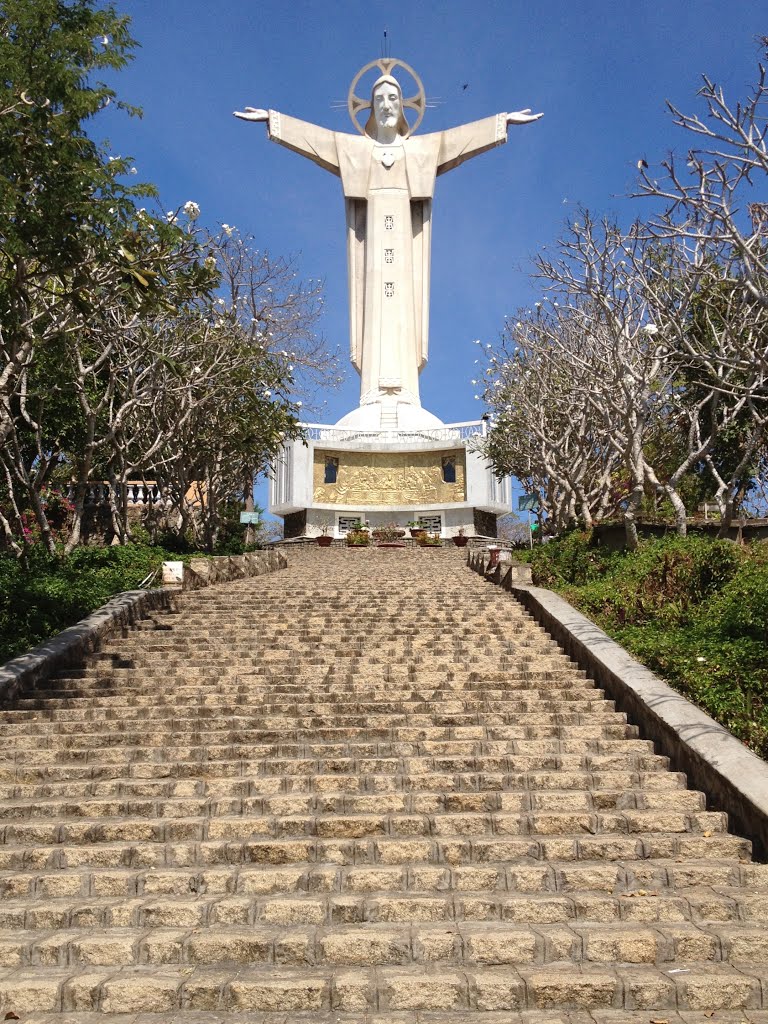 To go inside the attractions and visit one of the viewing platforms (there are 2), equipped on its shoulders, you have to overcome quite a heavy path. First – 811 steps that lead to the mountain, and then 129 steps on the spiral staircase inside the statue itself. Be sure to take a bottle of water with you, you will need it during the ascent.

From the sightseeing platforms, you can see all of Wungtau! But the platforms are small, and can fit 3-4 people at a time, so on weekends, when especially many people come, there may be queues.

Entrance inside the statue is prohibited with bags (even if they are small handbags or camera bags). Also, clothing must be appropriate: covering the shoulders and knees. Headgear must be removed. At the entrance it is necessary to take off shoes and go barefoot, so it is advisable to have socks with you.

You can get to the statue of Jesus:

About 1 km from the statue of Jesus, on the Little Mountain (170 meters above sea level), there is a lighthouse Hai Dang. 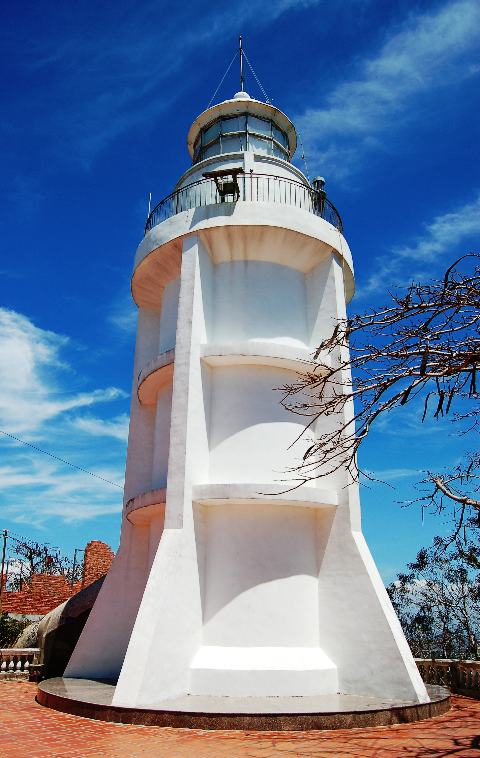 You can walk to the lighthouse from Phan Chu Trinh Street – it is about 1 km from the beach. You can also take a bike, the way through the pass is almost 2 km and there is a paid parking lot (2,000 VND) at the lighthouse.

The lighthouse was built in 1907 and was rebuilt after a fire in 1911. The structure is shaped like a cylinder with a base of 3 m and a height of 18 m.

The spiral staircase, which is located inside the landmark, leads to the top floor. Is there any point in specifying that it offers stunning 360 degree views, and that you can take unrealistically beautiful photos of Vungtau. 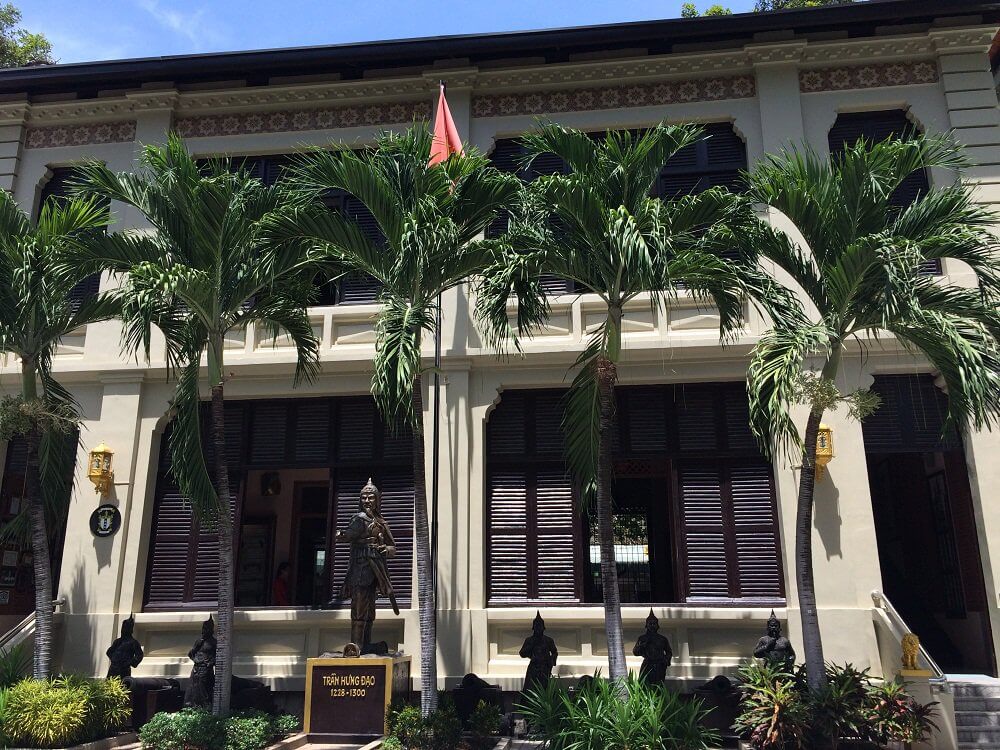 The Robert Taylor Museum Of Worldwide Arms is Vietnam’s first private museum of weapons and military equipment. The site is located at 98, Tran Hung Dao.

The exhibition was organized by Robert Taylor, a Briton who has lived in Vietnam for decades. The museum has over 2,000 exhibits, including very rare firearms and edged weapons, as well as about 500 sets of military uniforms, ammunition and insignia of many armies of the world, starting from the 15th century.

Lam Son is the only stadium in all of Vietnam where dog racing takes place, and at the same time the only place where you can legally bet. The stadium is located in the center of Vung Tau, on ThanhThaiSt Street.

The stadium has a capacity of 5,000 people, but it is rarely even one-third full. Meanwhile, dog racing is quite an interesting exotic event. Everything is like at the racetrack, except that the main participants – dogs, not horses. 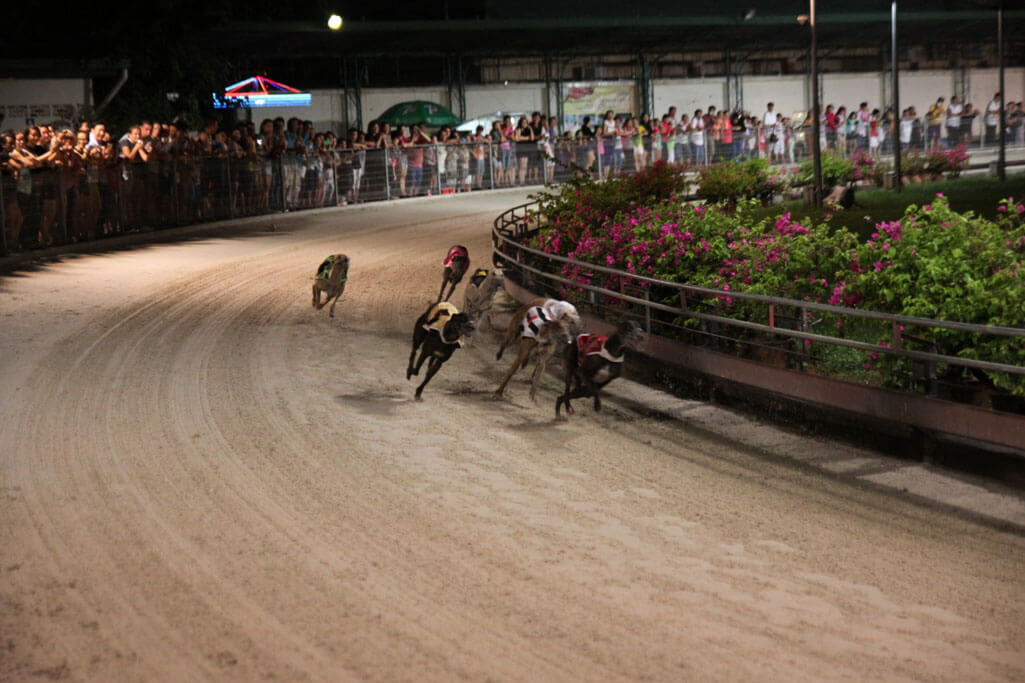 The hound dogs were brought from Australia and each dog costs about $2,500. Training lasts for 5 months, after which the dog can take part in races for 4 years. Before the race, the dogs are medically checked and given massages. During the race, the dogs reach speeds of over 60 km/h, and they do it in seconds!

Before the start of the race, the dogs are walked along the track for 15 minutes and then the spectators start placing their bets. The minimum bet is 10,000 VND ($0.5).

The highest bet ever placed in the history of dog racing at Lam Son Stadium is 1 million VND. 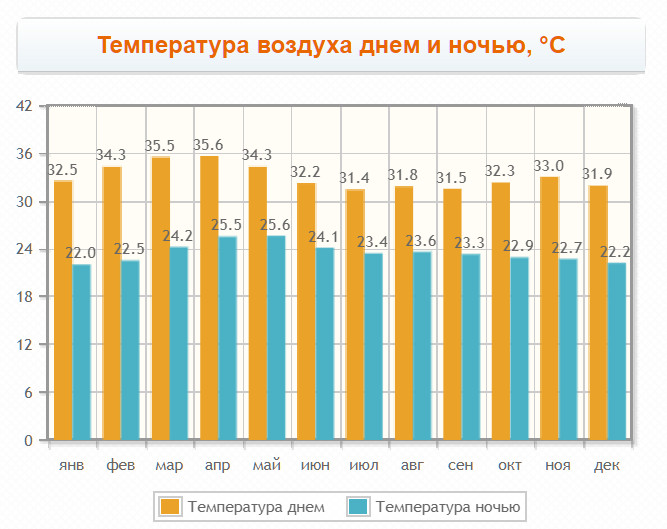 Since Vungtau is located on a peninsula, it is not surprising that it is always blown by winds. The temperature throughout the year stays about the same: +30 … +35°C during the day and +22 … +25 at night.

READ
Japan, how it all began

From November to April, Vungtau is in the dry season, and it’s a little cooler than the rainy season. This is a significant advantage for European tourists trying to vacation in Wungtau during the winter. 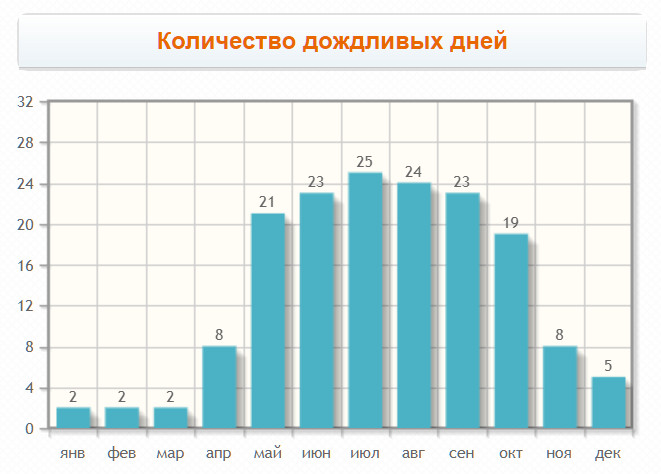 From May to October is the rainy season in this part of Vietnam. Heavy rains are almost every day, but as a rule, they are short and beach vacation is possible even at this time of year.

It should be taken into account that because of the high humidity, it seems that the temperature is even higher than it really is.

How to Get to Vungtau

A trip by river rocket is also good because you can take a fascinating trip along the Mekong River and partly by sea.

From Ho Chi Minh City to Vung Tau, the Vina Express rockets are Petro Express and Greenlines DP. They depart from the same pier, whose address is Nguyen Tat Thanh 4, 5. In Vung Tau they arrive at different piers, located on Front Beach, but from opposite ends of the bay. The travel time is approximately 1 hour and 20 minutes.

Tickets are sold at the ticket office on the pier, as well as in any travel agency or hotel (you have to pay extra 50,000 – 70,000 VND per ticket). You can book tickets on the Internet (reservation is valid 72 hours) and then just buy them back.

There is one significant disadvantage in this route option: the schedule of departures of river boats does not always correspond to reality, because they are often simply cancelled.

There are many buses in this direction, and of different transport companies, and they leave at intervals of 15-20 minutes. There are several places where they depart from, such as Mien Dong Bus Station in Ho Chi Minh City itself. From the tourist part of the city, a fair number of minibuses leave from Benthan Market. But that’s not all – more details will be given at each hotel!

Buses in Vung Tau arrive at Vung Tau Bus Station and minibus drivers take all tourists to their hotels.

Minibuses of different transportation companies leave from Tan Sonnyat Airport to Vung Tau 2-3 times an hour. The fare ranges from VND100,000 to VND140,000. In terms of time, the trip takes up to 3 hours.

Where exactly at the airport is the departure point to Vungtau resort? At the domestic flights terminal, you need to cross to the other side of the road – there, by McDonald’s and Starbucks, you will see a parking lot. This is where the ticket booth for transport to Vungtau is located.

A cab to Vungtau (Vietnam) from Ho Chi Minh City or the airport will cost $80-100. The most convenient way is to book a cab in advance – you can do it on the Russian-speaking website Kiwitaxi.ru. In this case you will be immediately met at the airport and taken to the desired hotel in Vungtau.

All attractions and infrastructure discussed in the article are marked on a map of Vungtau (in Russian).

Vungtau through the eyes of tourists in this video: what the city looks like, attractions, food and prices.

Updated: 30 Nov, 2020 The city of Haiphong (Vietnam) is considered to be the third largest and…

Updated: 12 Jan, 2020 The city of Dalat Vietnam prides itself as the best mountain resort in the country. The main …