There are many cities in the world about which you can get an idea – even without visiting them – according to the information contained in the world-famous literary works. Such is Paris, where the musketeer d’Artagnan and his pals lived. Such is London, where the famous Sherlock Holmes solved intricate crimes, or cold St. Petersburg, described by Pushkin, Dostoevsky, Gogol or a small Italian Verona, famous for the touching story of Romeo and Juliet.

But the books and literary heroes related to the Dutch city of The Hague cannot be recalled. Except for D’Artagnan. In the last of the Musketeers’ novels, Le Vicomte de Bragelonne, he left the city for England in order to kidnap General Monk. And later he took his prisoner there to give him to King Charles II of England, who was living in exile in The Hague. According to Dumas, Charles generously gave the general his freedom and he returned the exile to the English throne in gratitude.

However, Dumas did not leave us with a detailed description of The Hague, saying only that d’Artagnan had appointed the main town square as the gathering place for the team of brave men he had hired for the venture. So, once in The Hague, one has to discover it as if it were a completely uncharted land. And the first surprising discovery is probably the fact that since d’Artagnan was here, and this is the sixties of the XVII century, The Hague has not changed too much, preserving as much as possible all the splendor and charm of antiquity. 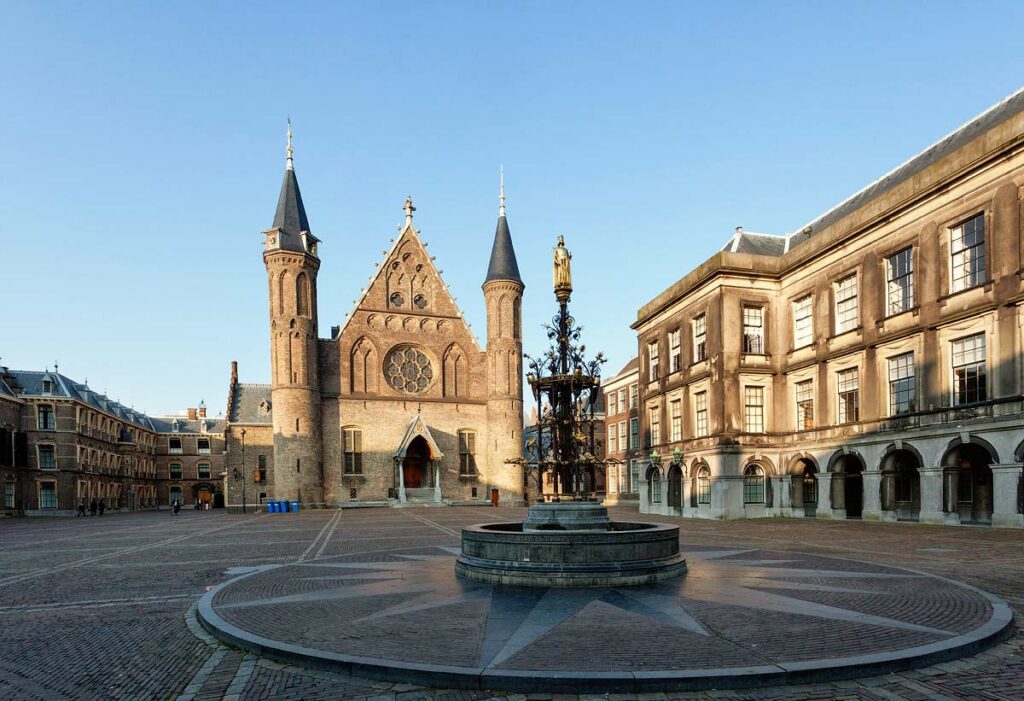 By “main square” Dumas probably meant the place in front of the town hall, as was the custom in all European cities at the time. The Old Town Hall still stands. It is surrounded by ancient, crowded narrow houses, and the square is paved with stone. It is likely that this is about how it was when d’Artagnan appeared on the square.

READ
Belfast - one of the largest cities in Northern Ireland

While in The Hague, the famous Musketeer undoubtedly saw and another city landmark located a stone’s throw from the town hall – the Gothic building, which is called the Knight’s Hall. It has a majestic triangular façade surrounded by round towers, and on the inside it is really a single hall with a wooden ceiling made of beams.

A little less than a century before d’Artagnan’s visit (in 1586), a very important event for Holland took place here: in the Knights’ Hall the General States of the Dutch provinces who rebelled against Spanish rule assembled. Why was it in The Hague? Here we must recall the history of this city. 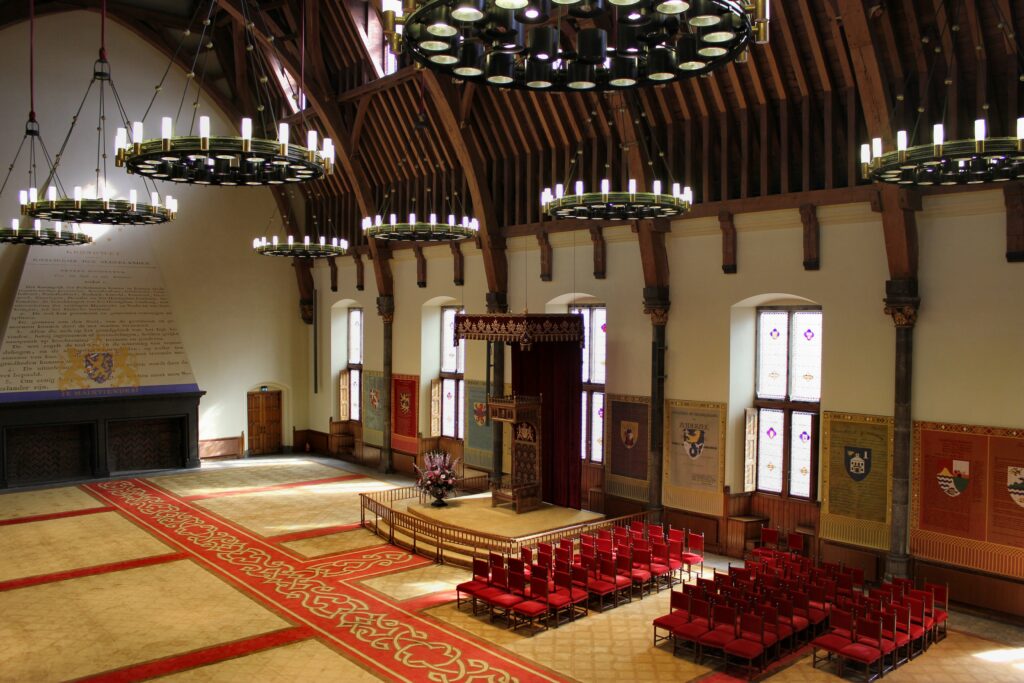 The first mention of it in the historical Talmuds dates back to 1242. At that time The Hague was not yet a city, but a “hunting territory”, where thick forests covered the North Sea and where the Counts of Holland had their hunting lodge at the edge of the pond.

In 1247, Count William II was elected Holy Roman Emperor and decided to build a lodge worthy of his newly created title. This is how Binnenhof Castle came into being, with the first town houses growing up around its walls.

Under Floris V, son of William II, the castle grew, and the Knights’ Hall was built next to it in 1280. This is how The Hague gradually became the political center of the county of Holland, and thus of all the surrounding Dutch lands. 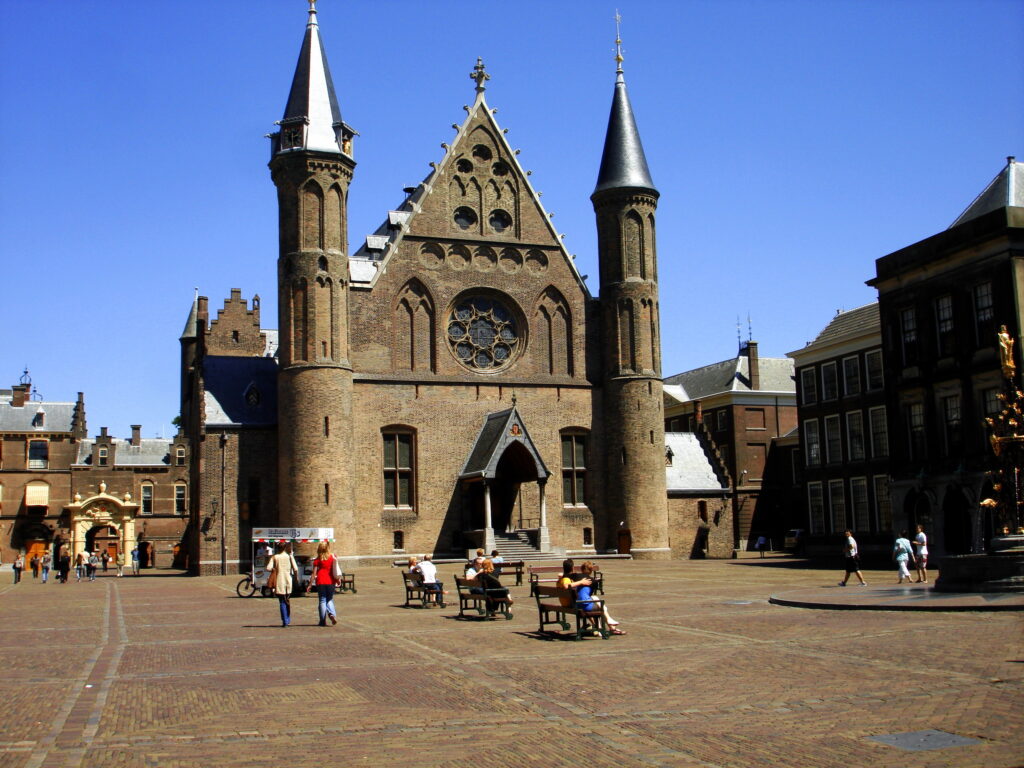 As the years passed. In the 16th century the Netherlands, falling under the rule of Spain, made Europe’s first bourgeois revolution to become a republic of the United Provinces. During the Napoleonic Wars, the republic was under French rule and finally in 1815 acquired the status of the Kingdom of the Netherlands. However, often this country is called Holland, by the ancient name of one of the largest Dutch territories.

The residence of Dutch kings is now located in The Hague, but not in the Binnenhof Castle, and in the Heiss ten Bos – a palace, built nearby in a large shady park.

Incidentally, many people think The Hague is the capital of the Netherlands, but it’s not. The official capital – is a noisy and huge Amsterdam, while The Hague – is just the main city of the province of South Holland. But so historically formed that the small and cozy The Hague has become the residence not only of the royal house, but also of the Dutch government. The Knights’ Hall is the seat of parliament . 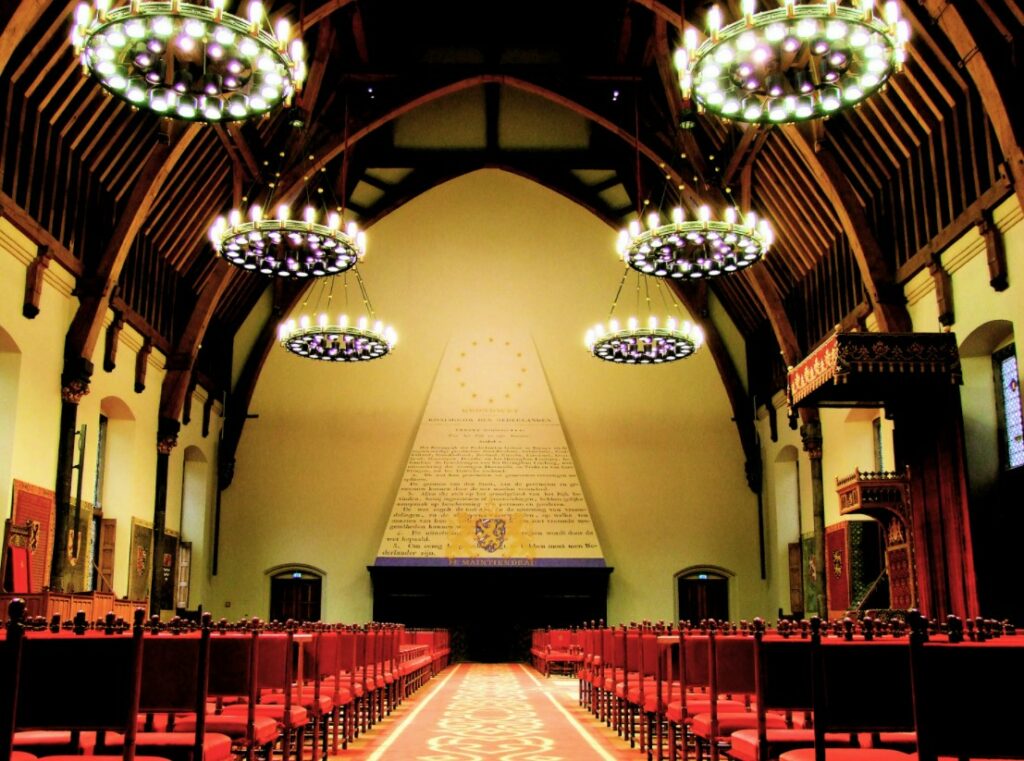 A curious sight to see in The Hague every year on the third Tuesday in September: Queen Beatrix rides up to the Knights’ Hall in a gilded carriage pulled by eight elite horses. On this day, the Queen traditionally makes a speech in the Knights’ Hall on the occasion of the opening of the new session of Parliament. As the royal carriage rides through the narrow stone-paved streets, it seems as if it’s still in the 17th or 18th century.

And yet, despite all the charm of antiquity, The Hague is quite a modern city nowadays. And the people who live here work not only in government offices, the parliament or in numerous museums, but also fishermen, electronics and food industry professionals and even aircraft builders. The suburbs of The Hague are home to the famous Fokker factories. Not to mention the fact that the city is well developed tourism, because there is much to admire here.

But the city is also known in the world in another way. More than once important international conferences on a variety of issues were held here. And since 1922 it was in The Hague, in the palace Vredepaleis – translated as the Palace of Peace – is the seat of the International Court of Justice, which solves the disputes between states. The Hague is also the seat of the International Tribunals, which pass sentences on high-ranking military and other criminals.

READ
When to go to Nice, France: climate, best times and tips month by month 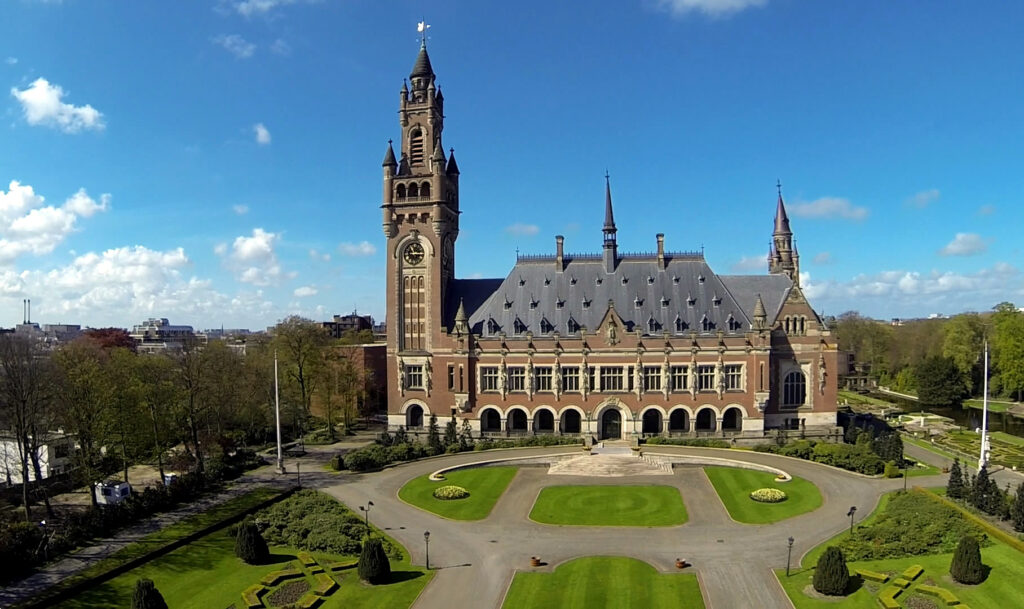 The Peace Palace has a very interesting history, which may be of interest to citizens of different countries. The thing is that its building was built at the initiative of Nicholas II, who back in 1898 came up with the idea of convening a World Conference against War. Proposal of the Russian emperor was supported by many states. Queen Wilhelmina of the Netherlands, who ruled at the time, provided a large plot of land. Germany made iron grates for its fencing, Spain sent silver inkwells, and France sent tapestries for the halls of the future palace. But the most important contribution was from Andrew Carnegie, an American millionaire: a million and a half dollars, a tremendous amount of money at the time.

More than two hundred designs were submitted for the competition, and the winner was the architect from France, Louis Cordonnier, who built the building in the style of Flemish architecture. The foundation stone was laid in July 1907 and the grand opening took place on August 28, 1913. Alas, a year later, in spite of all the peace-loving initiatives, World War I broke out. True, the Netherlands then remained a neutral power and did not take part in the war.

Of course, in the XX century in The Hague appeared and the buildings of modern architecture. The town hall on the square on which d’Artagnan the Musketeer strolled, for this reason and is called the Old Town Hall, that in another place the architect from America, Richard Meyer, erected a new multi-storey town hall. But the center of the city remains the same. The Dutch are amazingly good at preserving antiquity and ancient traditions. And many countries should learn it from them. 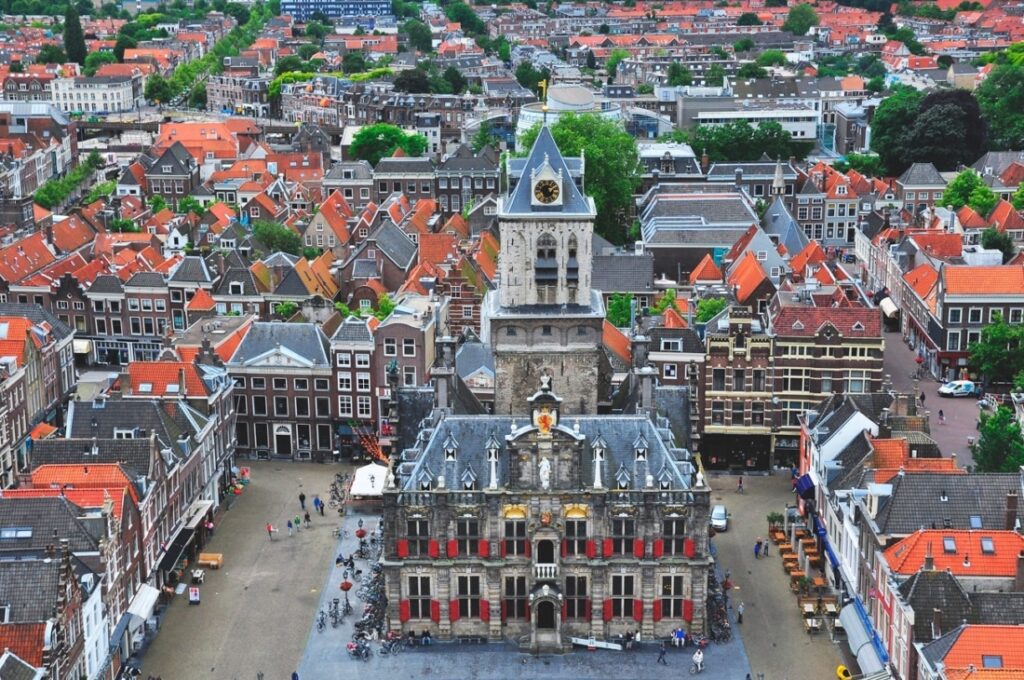