17 wonderful places of the Balearic Islands

The Balearic Islands – it’s romantic landscapes, mild climate, plenty of sunshine, great beaches. I have made for you a selection of interesting places in Mallorca, Menorca, Ibiza (Ibiza) and Formentera. We will visit snow-white beaches, charming old towns, lighthouses, and a castle. 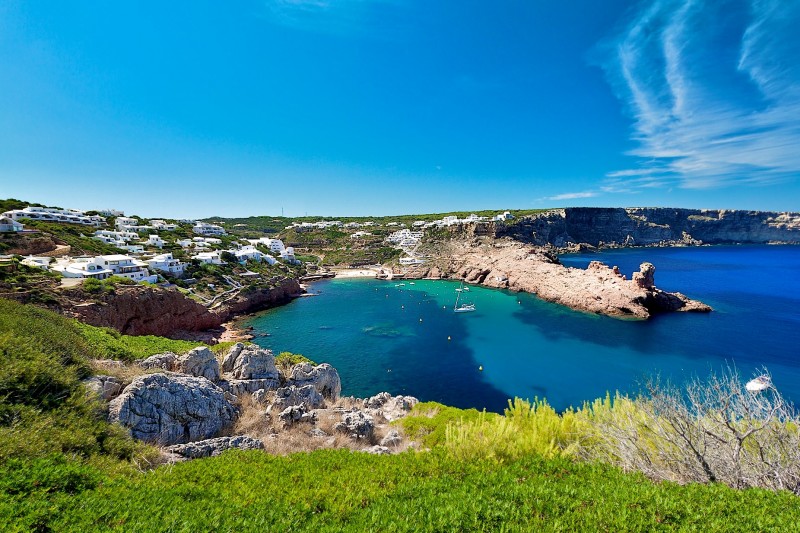 Lighthouse on the Barbaria cape 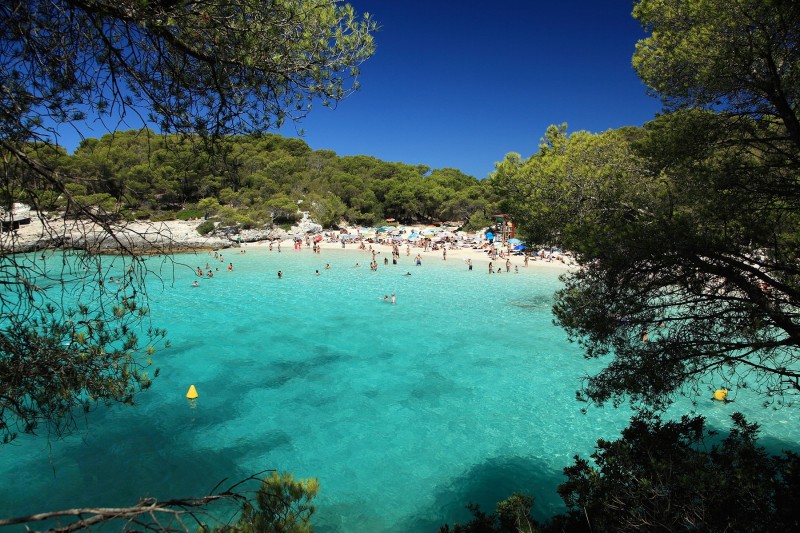 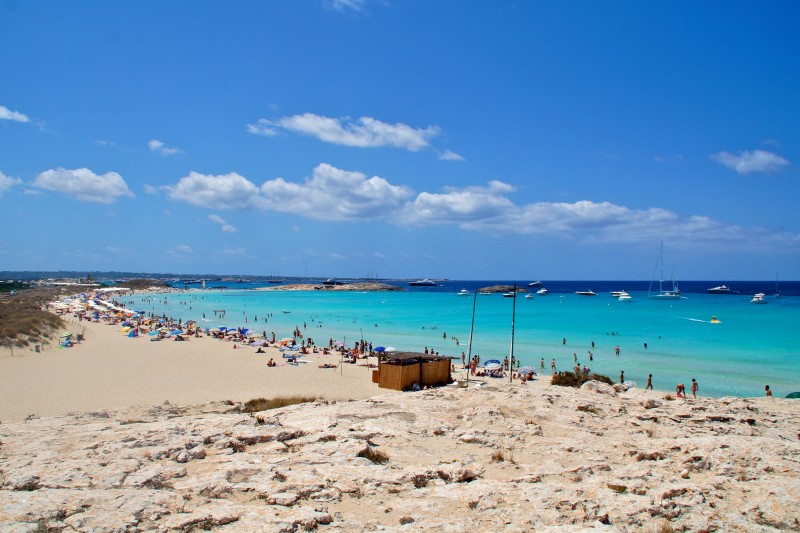 Ses Illetas is the most famous beach of Formentera (Photo: Emanuela Meme Giudici).

Ses Illetas is included in the global ranking of the best beaches in the world. While vacationing here, be sure to visit a local restaurant, try the fish, baked according to traditional recipes, in a salt shell.

3. The town of Soller (Mallorca) 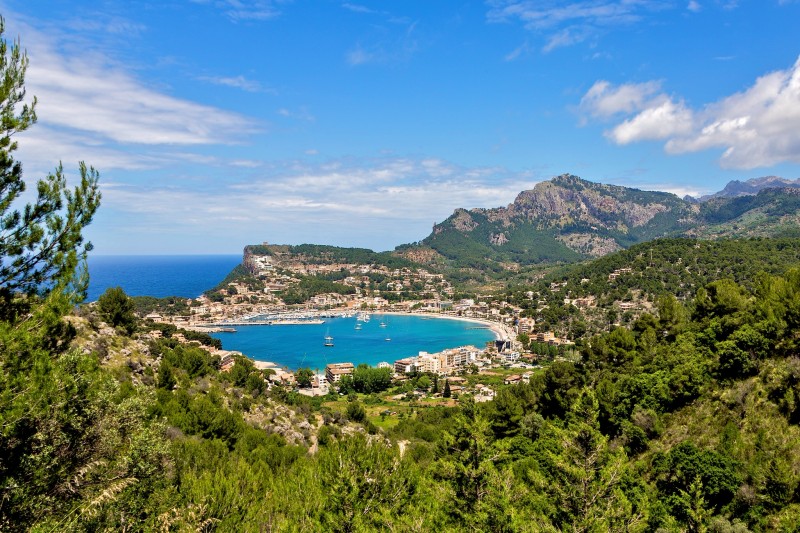 The resort of Sóller is located in the northwest of the island, in the middle of the Sierra de Tramuntana. It is a small town away from the port and is brought to Sóller by an old streetcar. The amazing stone church of St. Bartomio stands out against the background of the old center. And you can’t miss the bank, a conspicuous Art Nouveau building. On the outskirts you will find the peaceful Jardí Botanic, with a rich collection of island plants. 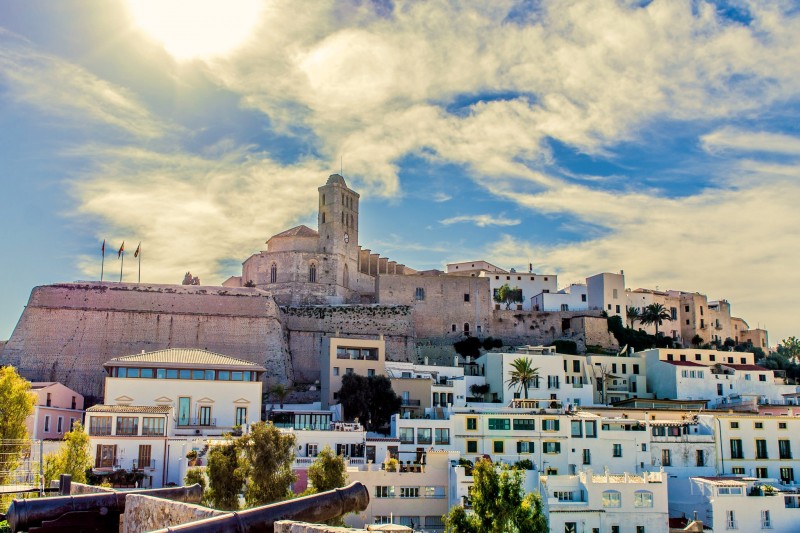 Dalt Vila is a UNESCO World Heritage Site. It is the oldest part of the island with Roman Gothic churches, white houses and cobbled streets. A visit to Dalt Vila will reveal an undiscovered Ibiza that is unlike the party capital tourists are used to. 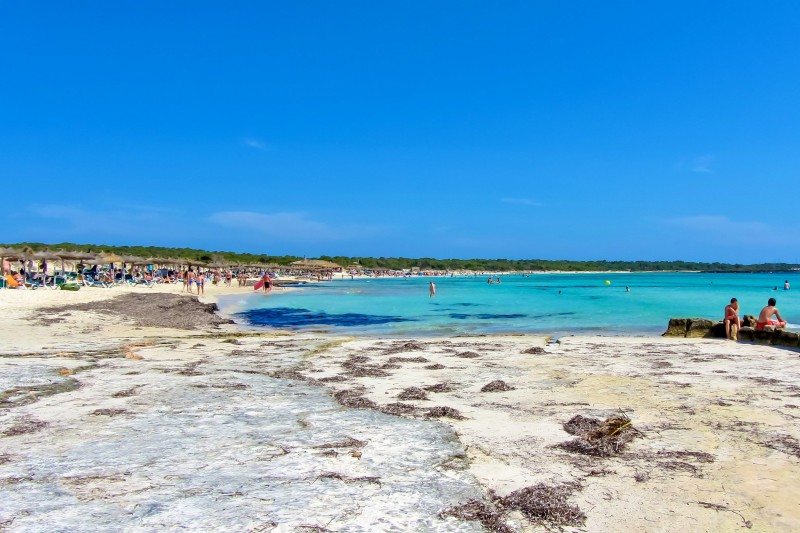 A three kilometer long stretch of white sand on Mallorca’s southern coast and crystal clear blue water is Es Trenc beach. Es Trenc is considered the largest beach on the island and one of the most beautiful in Europe. Es Trenc is also visited by nudists.

6. The island of Espalmador (Formentera). 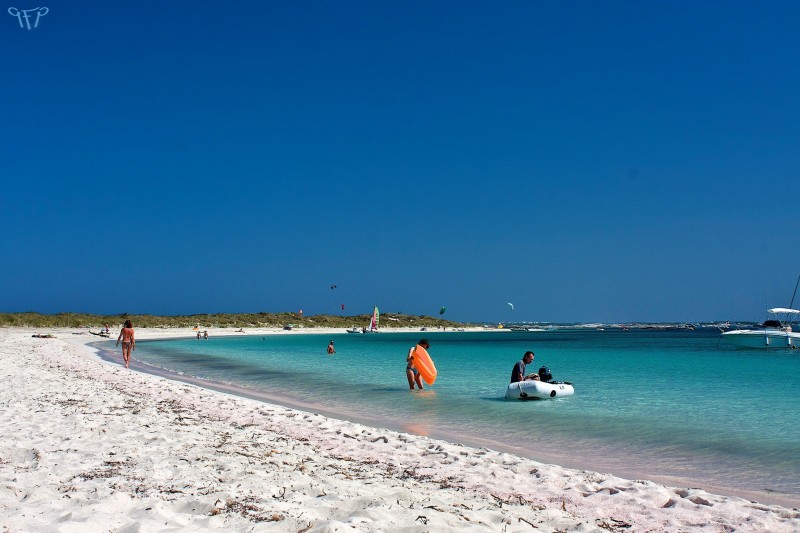 The tiny island of Espalmador is located between Formentera and Ibiza. It is a nature reserve with a magnificent wild beach, Racó de s’Alga, open to tourists. 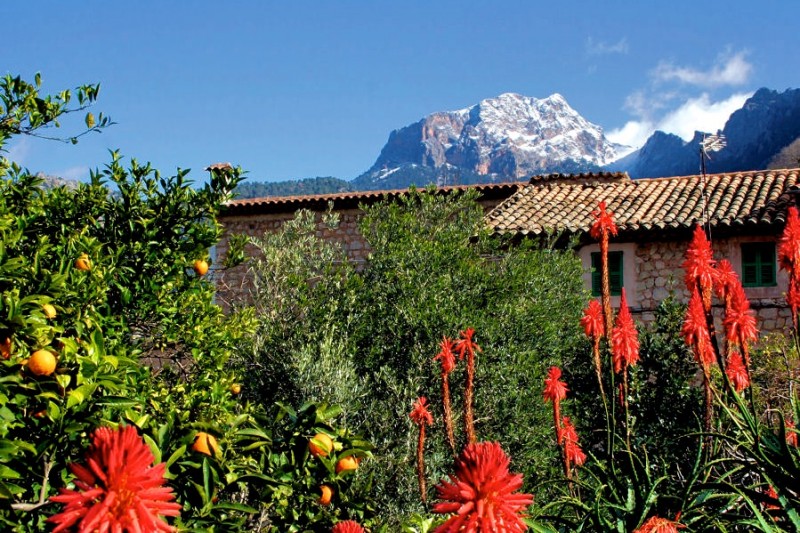 The charming mountain village of Fornalut (photo: sea-herdorf (♂) – VIEWS? No!!!)

The picturesque village of Fornalutx has retained the features of an ancient Arab settlement: cobbled alleyways, rough stone staircases. This romantic village is one of the most beautiful places in Spain. It is surprisingly quiet; the streets are flooded with sunshine and the scent of ripening oranges. The viewpoints on Fornaluch offer wonderful views of the surrounding mountains. 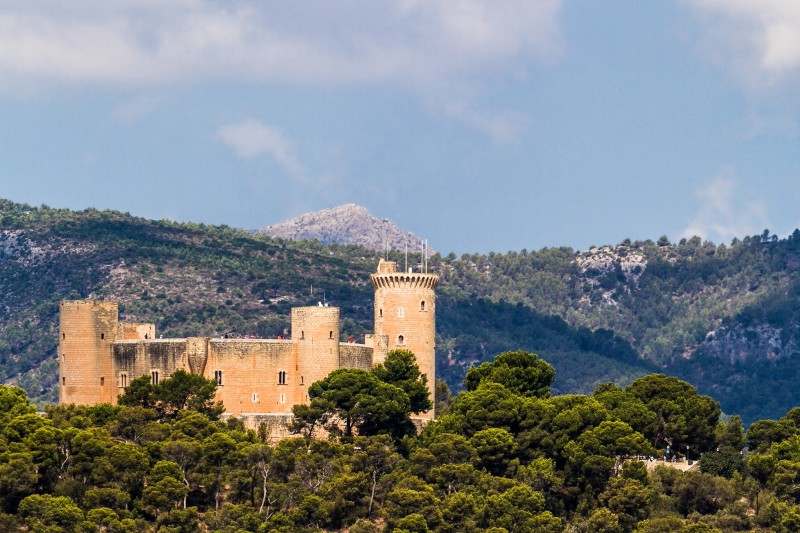 The Castillo de Bellver is an unusual architectural monument. It is a round castle. There are few similar structures in Europe. It was built by order of Jaime I and served as a residence for the King of Aragon, and now it houses the Museum of History of Palma.

9. Las Salinas beach in the south of Ibiza 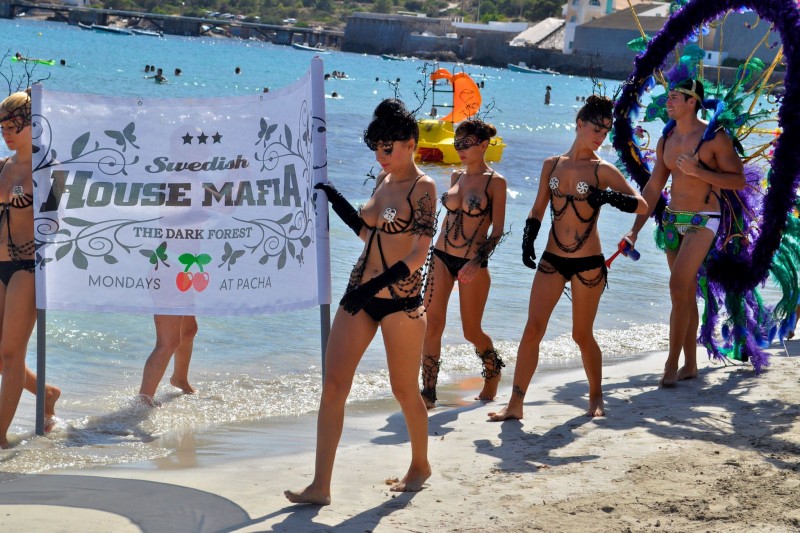 This is how the nightclubs are advertised on the beach in Salinas (photo: Pablo Monteagudo)

Las Salinas is the trendiest beach in Ibiza. It is located next to the salt lakes. Las Salinas belongs to the territory of the Salinas National Park. A large beach covered with white sand is surrounded by a strip of pine forest. 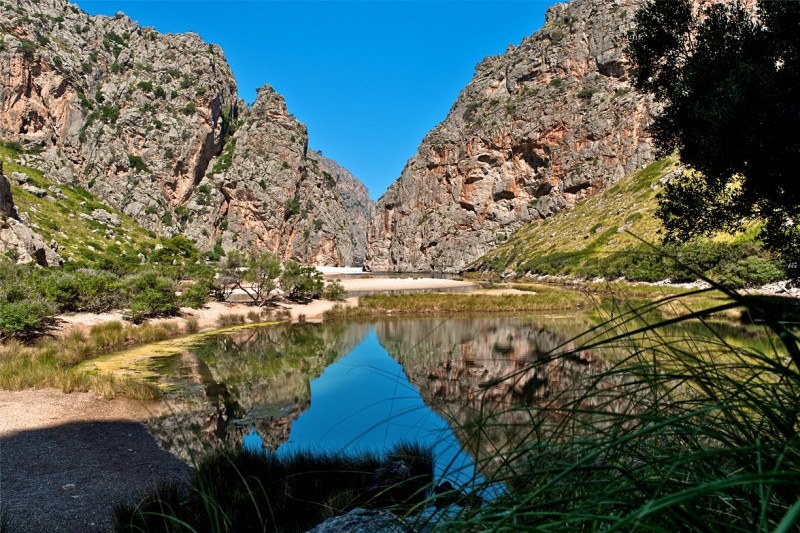 The blue bay of Sa Calobra is located in the north of Mallorca, at the mouth of the Torrent de Pareis stream, which forms a ravine. Nearby, among the vertical rocks of the canyon, riddled with secret grottoes, is the cozy pebble beach of Torrente de Pareis.

READ
Karlstejn Castle, Czech Republic in honor of the father of the nation 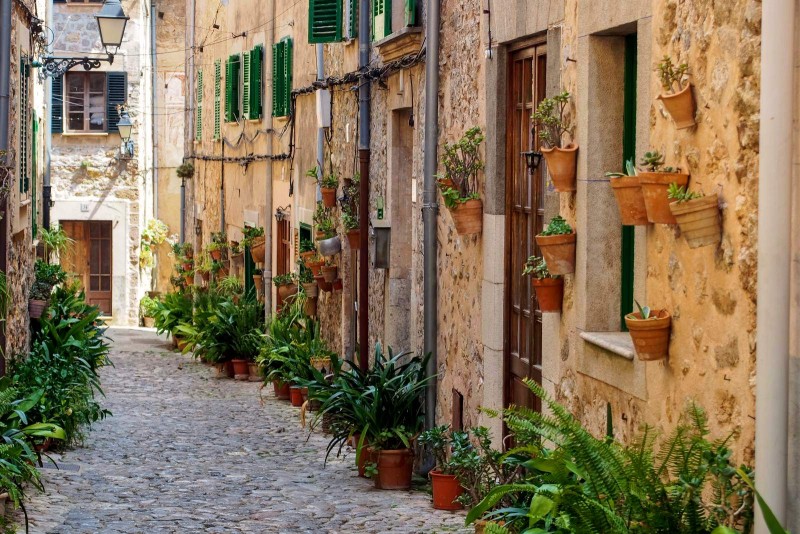 Floral decorations in the village of Valldemossa (photo: Thomas Dämmrich)

Lurking in the forests that cover the slopes of the Sierra de Tramuntana is the village of Valldemossa. An atmosphere of serenity reigns here: pristine sidewalks decorated with flowers and charming houses with bells on the door. The romantic “plot” is completed by a picturesque picture of the surrounding mountains. 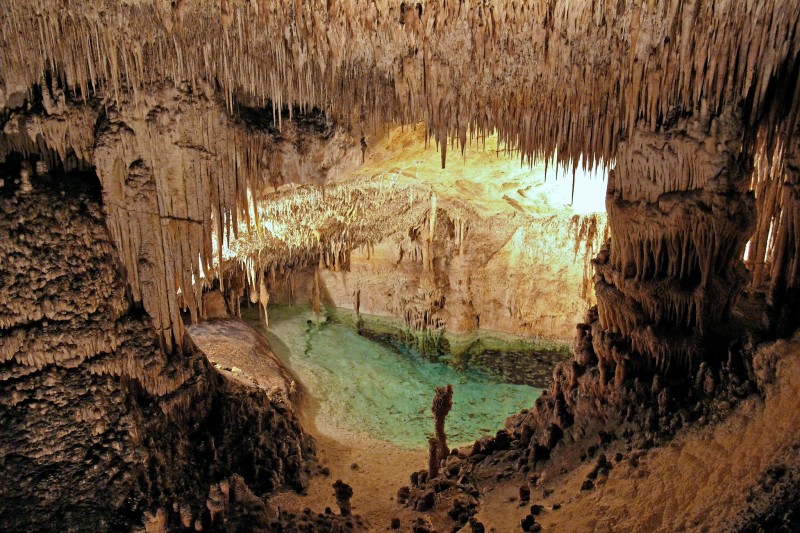 The Cuevas del Drach (Dragon’s Lair) are located in the east of Mallorca. Tourists pass through a series of magnificent halls. The subterranean Lake Martel has been turned into an unusual concert venue. Lamps simulate the sunrise; musicians sail across the lake on boats, classical melodies are played – the effect is stunning! 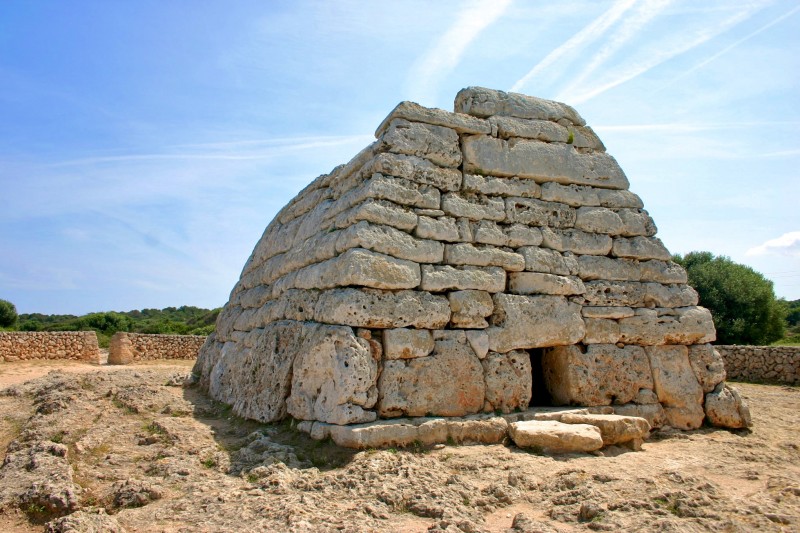 The megalithic monument of Menorca, Naveta des Tudons, is an ancient Bronze Age tomb. Among similar structures found, this chamber tomb is considered to be the largest object. Unfortunately, it is not possible to see the interior of the monument. 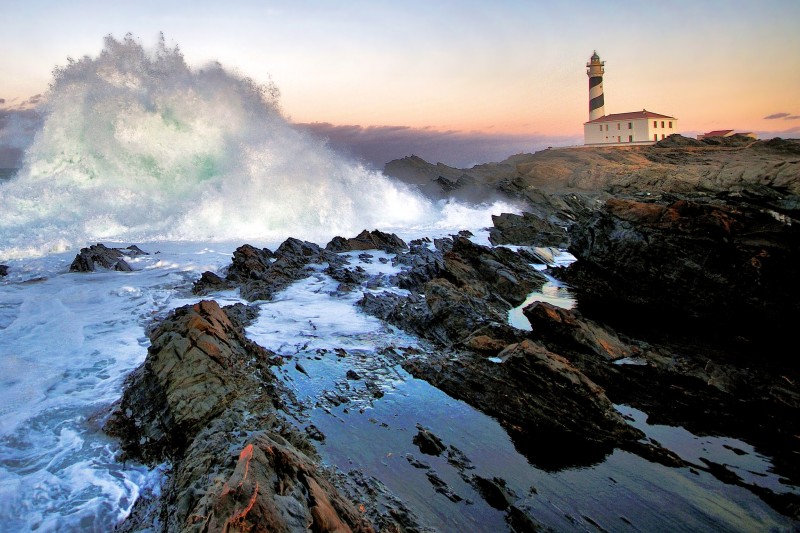 The Cap de Faváritx lighthouse stands amidst a “lunar landscape” on a black slate rock near the Albufera Natural Park. It is the most famous and beautiful lighthouse of Menorca. 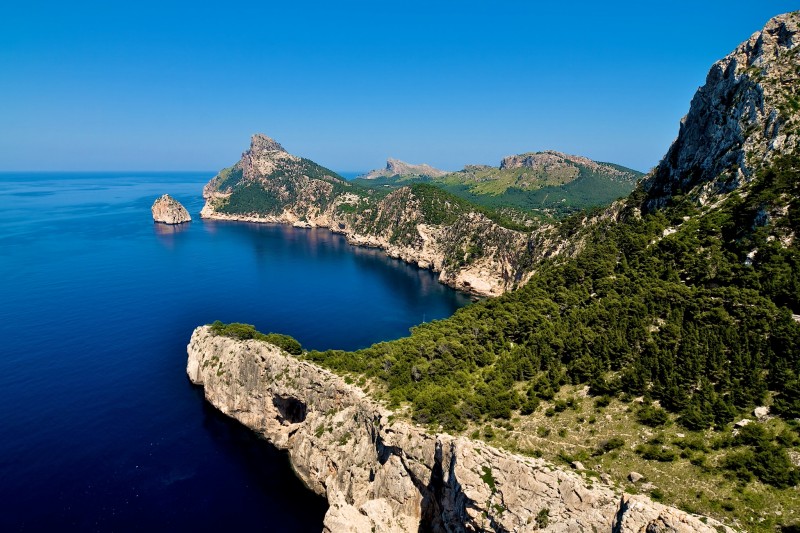 The northernmost point of Mallorca, the Formentor cape (photo: leedixon)

This is Mallorca’s true calling card. It is the northernmost point of the island, surrounded by the sea, majestic cliffs, pine trees and beautiful beaches. The highest place on Formentor is the lighthouse and there is a restaurant inside. There are two viewpoints on the peninsula with mesmerizing views.

16. The lighthouse at Cape Barbaria (Formentera) 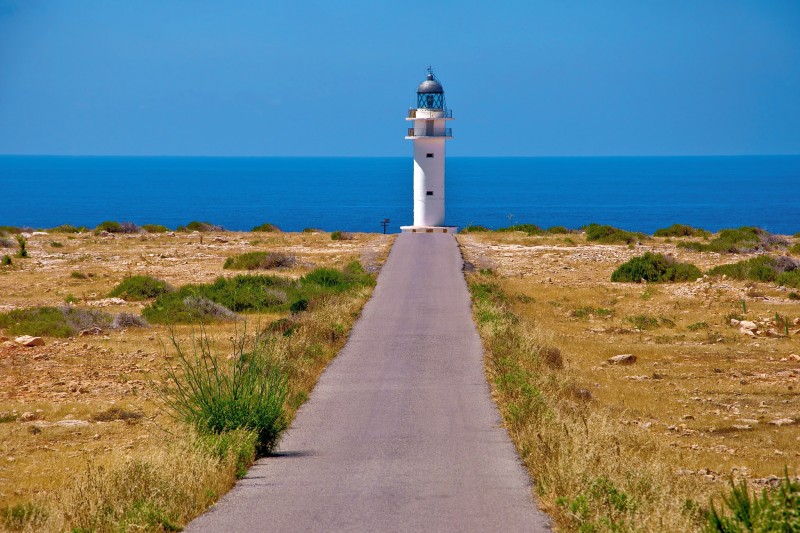 Romantic lighthouse on the edge of the cliff (photo: Maria Sole)

There are three lighthouses on Formentera, and the Barbaria lighthouse is considered the most romantic. It stands on a precipitous edge of a promontory. The best time to visit is at sunset, an unforgettable moment!

READ
10 things to do this summer in Alghero, Italy 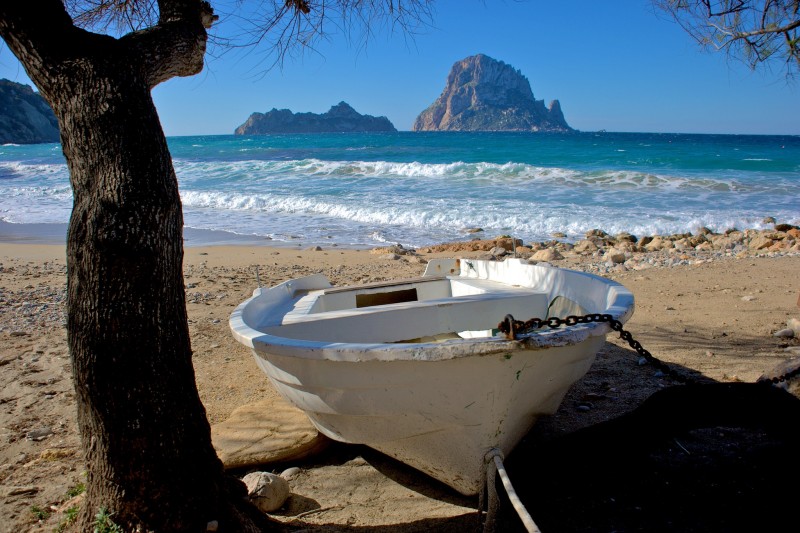 A small secluded sandy-pebbly beach, Caló d’Hort offers tourists a wonderful view of the uninhabited island of Es Vedrá. The island is home to colonies of birds. 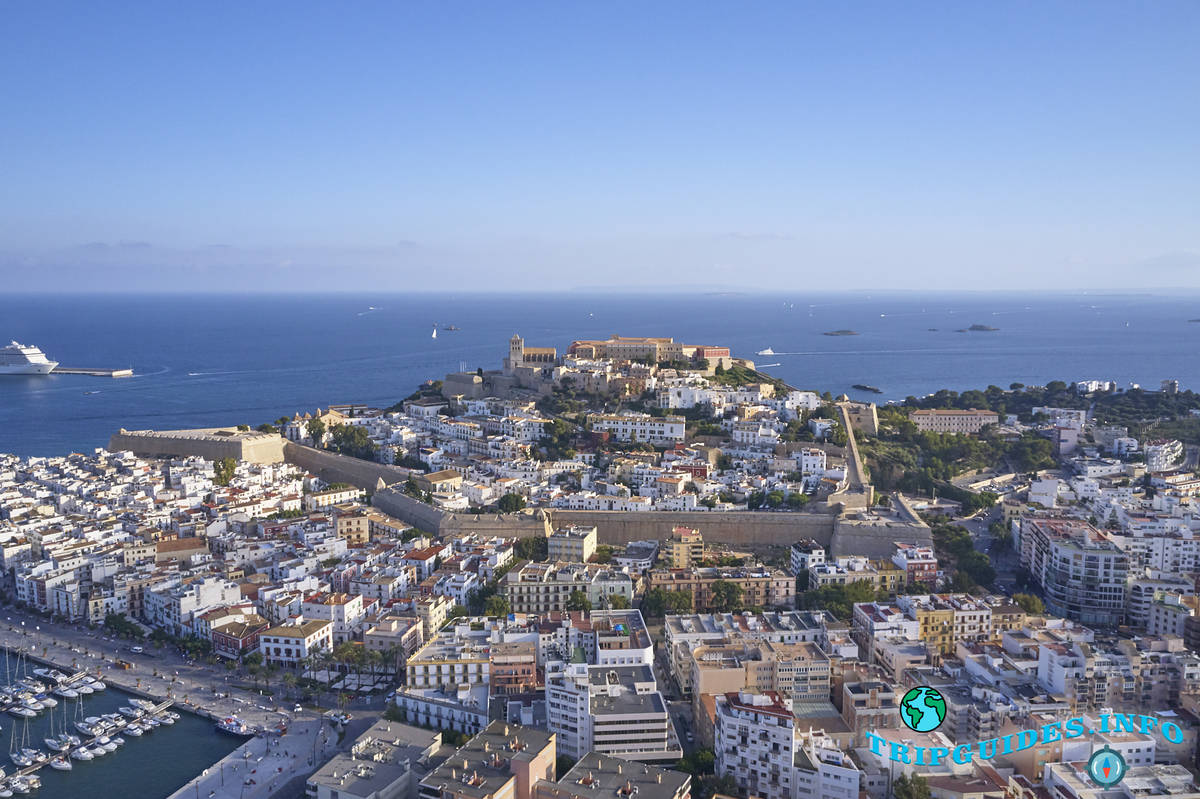 In Ibiza there is a place worth visiting. The tranquility of the old streets, wonderful panoramas and many interesting stories associated with this place attract tourists to the old part of Ibiza City.

The old town of Ibiza Dalt Vila was founded 2,500 years ago by the Phoenicians. It was once one of the most strategically important cities in the Mediterranean region. During the Renaissance it was further fortified. Kings Charles I and Philip II built strong walls around the city to protect it from attacks by the Turks and the French. 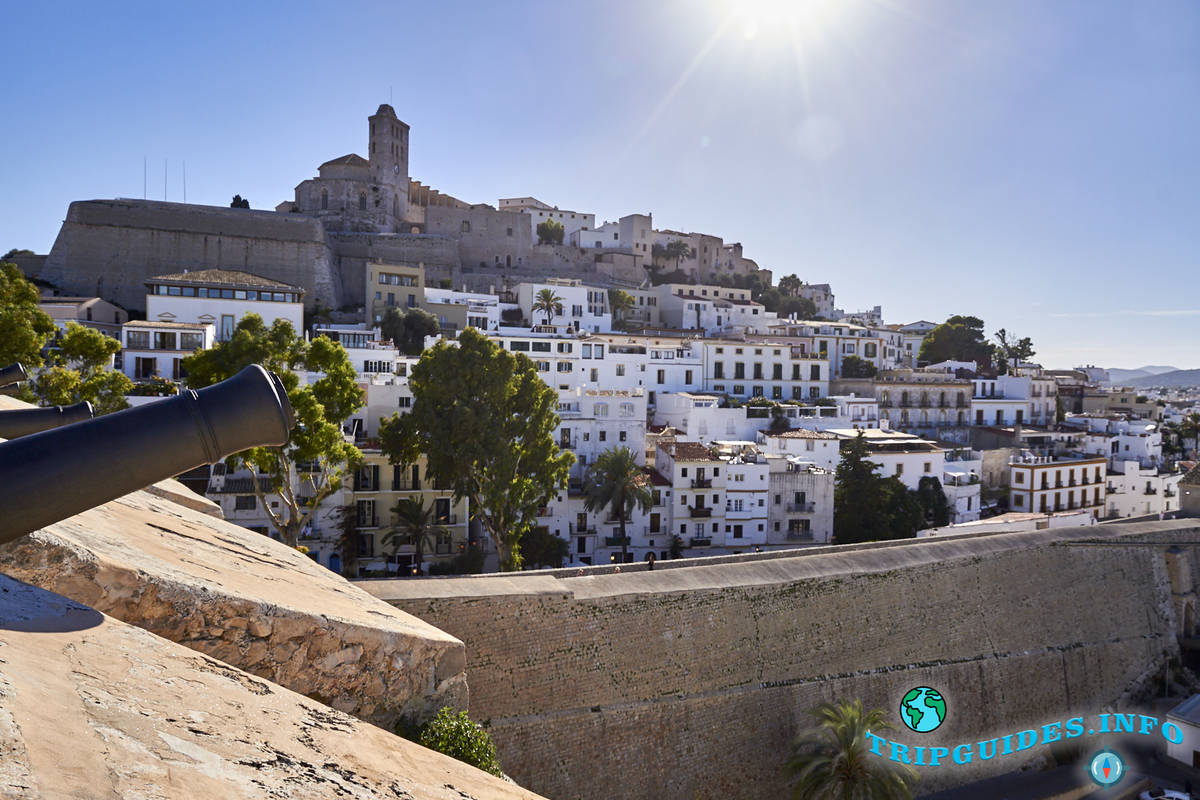 The old town is situated on a small mountain in the center of Ibiza. Dalt Vila literally translates as “Upper Town”. Elegant and majestic. It is magnificently preserved to this day. In 1999 it was declared an architectural monument and is listed as a World Heritage Site by UNESCO. Dalt Vila is practically the only fortification structure in Europe that has been completely preserved to this day. Today the image of the upper part of the town, is a symbol of the island of Ibiza.

Into Dalt Vila lead Portal de Ses Taules, which is a magnificent monumental construction in the form of an arch surrounded by two Roman statues, decorated with the coat of arms of Philip II.

At the entrance, a moat and drawbridge are partly preserved.

The defensive walls have seven bastions. 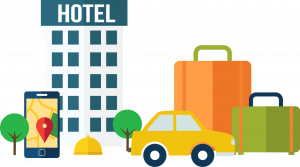 There are several hotels inside the stone walls, some of them:

Average room rates range from 60 to 400 euros per night

Today the fortress is part of the capital of Ibiza, people come to the old town to see the sights, visit museums, sit in cozy restaurants and cafes (such as S’Escalinate Ibiza), go shopping and souvenir stores.

Just behind the main gate is the main square of the old town, the Plaza de Vila. This is where the local restaurants, cafes and stores are located. 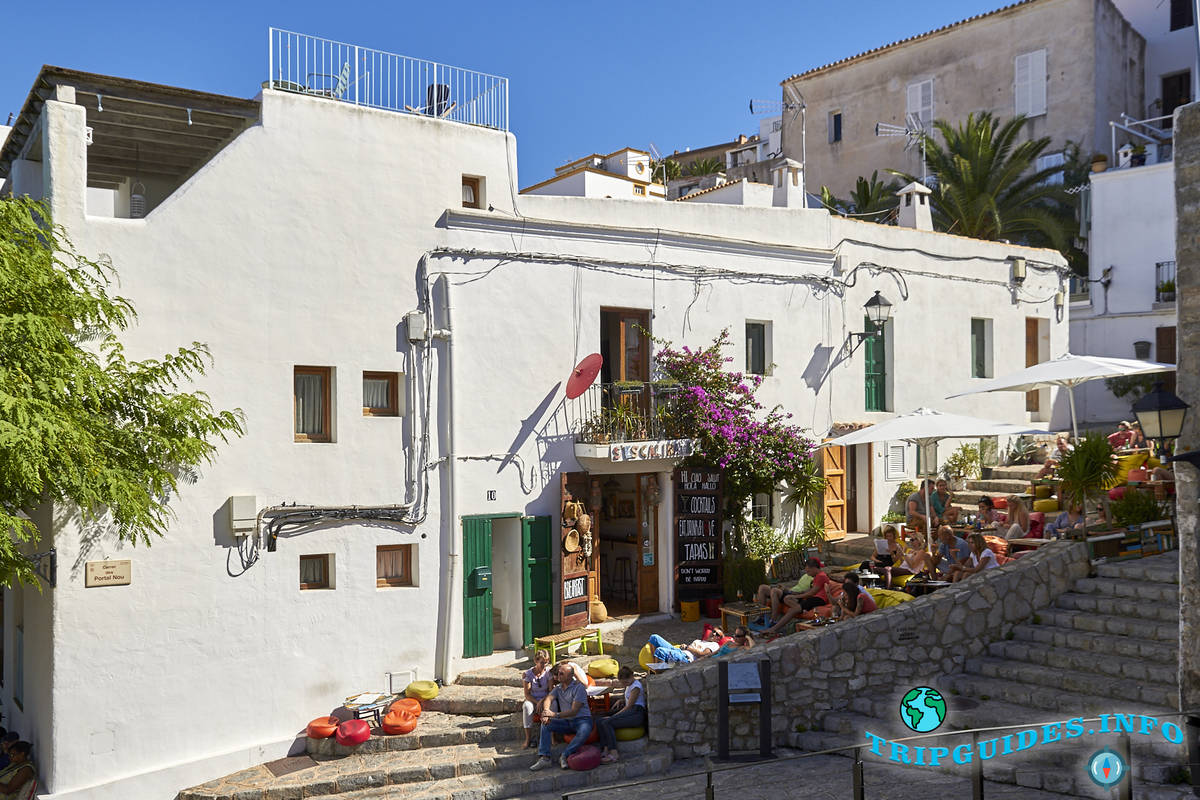 S’Escalinata Eivissa is one of the best spots in the old town. Its peculiarity is that you sit right on the real stairs of one of the oldest streets. You will be comfortable to sit, as there are padded poufs for you. In the bar S’Escalinate you can order chilled alcoholic drinks – beer, wine, cocktails, as well as tea, coffee; light snacks in the form of olives, jamon, salmon sandwiches, etc. The prices are moderate and quite affordable.

St. Mary of the Snows cathedral 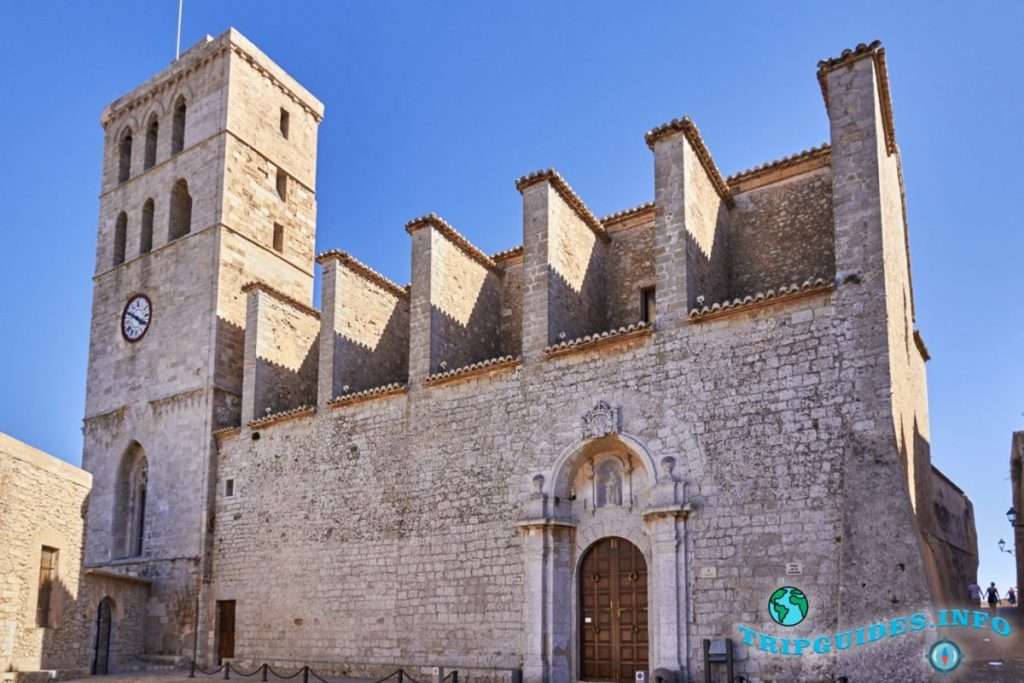 One of the island’s grandest and oldest buildings in Dalt Vila Ibiza is the Cathedral of Saint Mary of the Snow (La catedral de la Virgen de las Nieves), built in the 14th century. Its walls contain many legendary relics and works of art.

If you climb the battlements of the cathedral, you will have one of the most incredible views of the domes of St. Domingo’s church, the city and the Vara de Rey square.

Not far from the cathedral is one of the most interesting sights, the Chapel of Sant Ciriac or Capilla de San Ciriaco on Carrer de Sant Ciriac. Under the altar of the chapel is the entrance to a tunnel that played an important role in the conquest of Ibiza by King Jaime I of Aragon.

The military headquarters of Almudaina 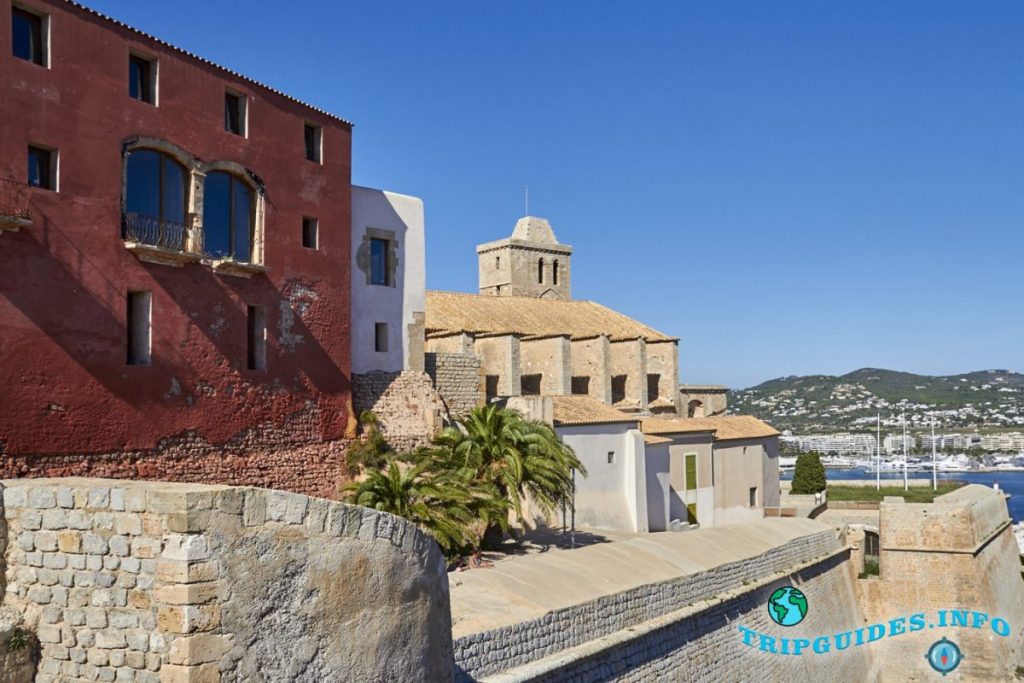 La Almudaina is a fortified area where the administrative and military headquarters of the Muslim “Wali” was located. It is located inside the fenced enclosure of Dalt Vila and inside it rise nine square towers. It is a 16th century monument, although remains from the 12th and 13th centuries have been preserved in its vicinity and have been found in various excavations. Until the 18th century, the area of Almudaina was closely linked to Dalt Vila Castle, but afterwards the wall and tower connecting them were demolished. 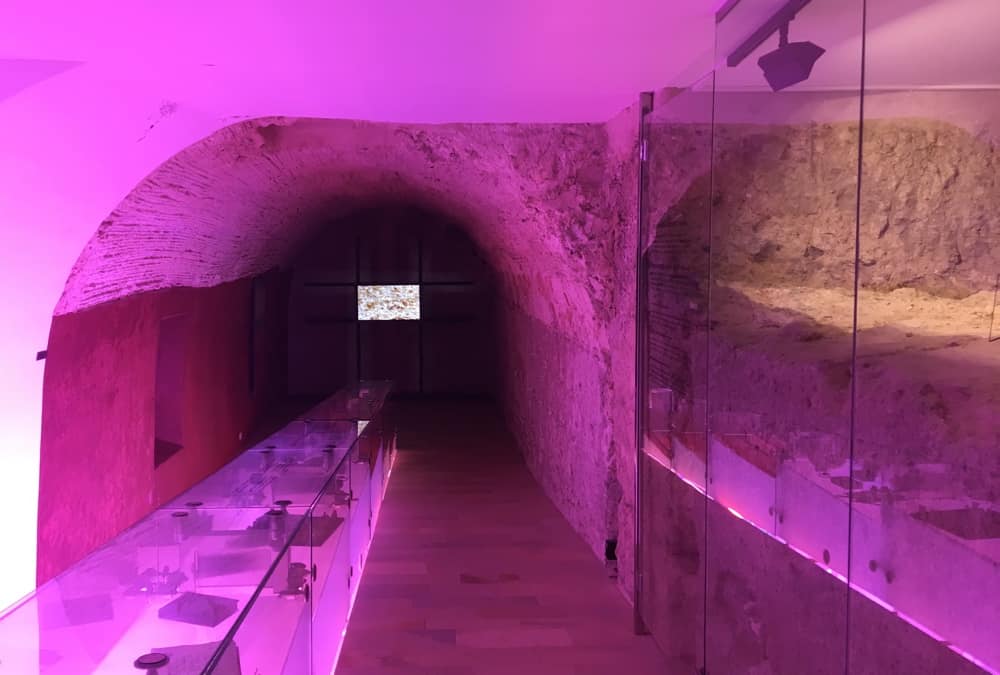 The square beside the cathedral hosts the Archaeological Museum – Centre d’interpretació Madina Yabisa, where you can see valuable historical artefacts found during excavations on the island. The museum has one of the most important collections of Roman, Phoenician and Carthaginian relics.

READ
Dresden is a museum city 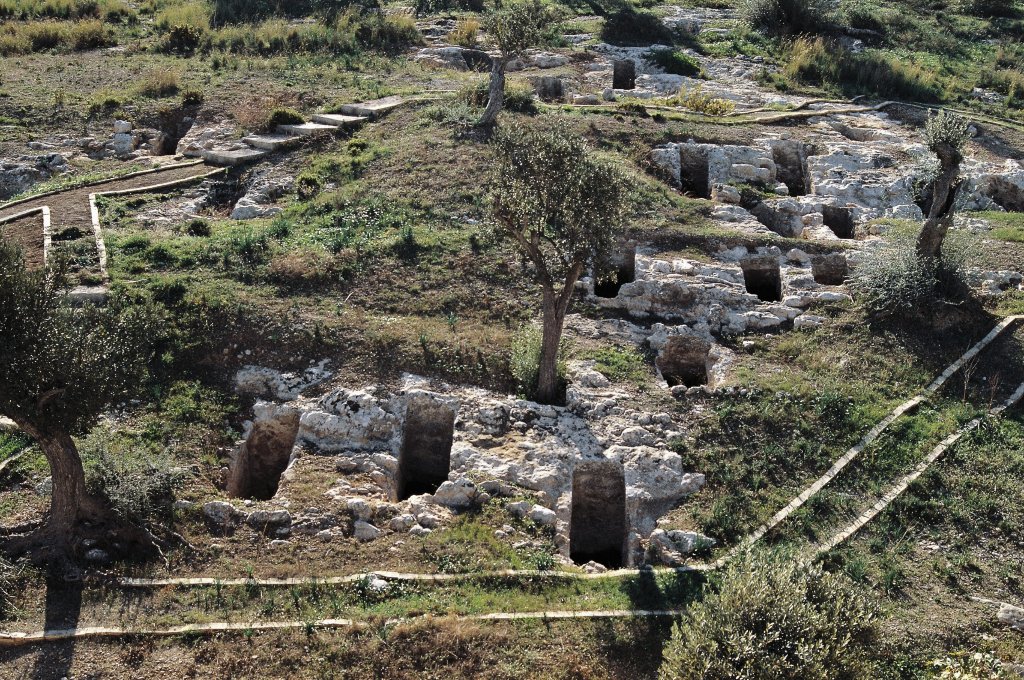 The second part of the archaeological museum covers the Punic necropolis “Puig de Molins” of the Carthaginian period, the Necropolis Punica de Puig des Molins and the Monographico Museum.

Museum of Contemporary Art of Ibiza 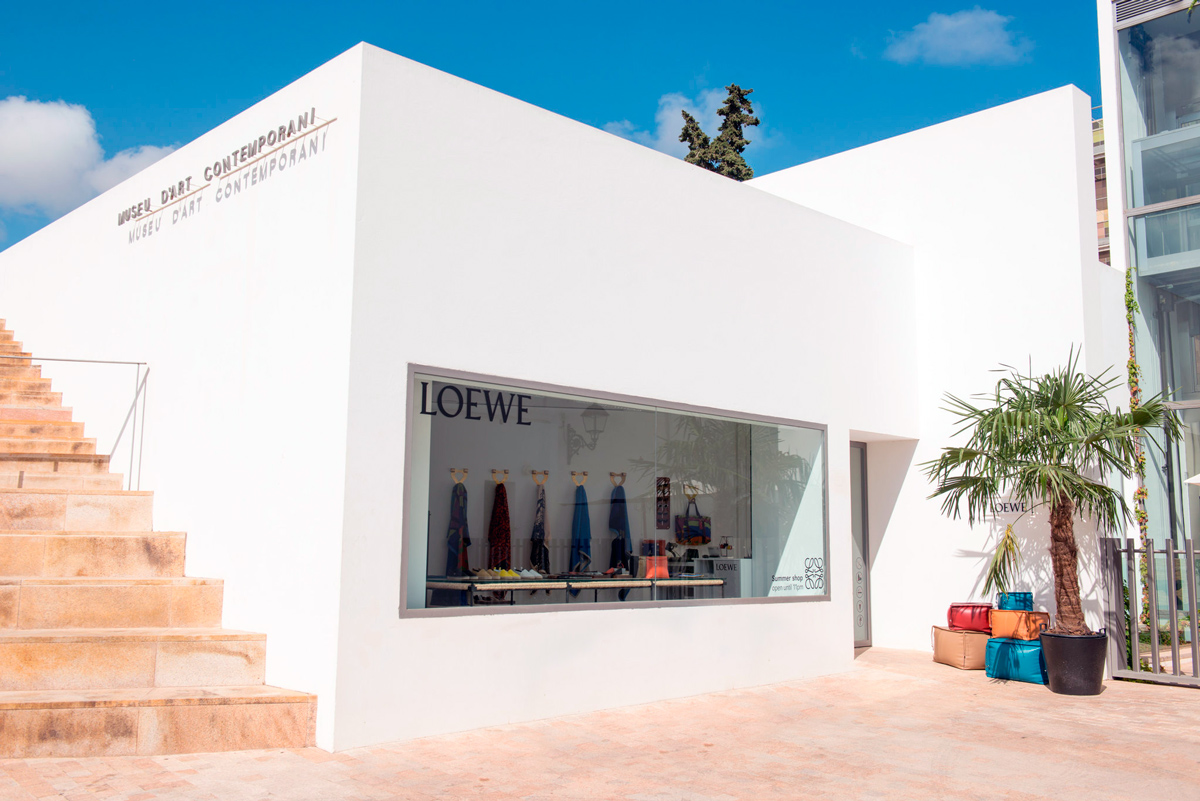 Another place to visit is the Museu d’Art Contemporani d’Eivissa. The permanent exhibition has a large collection of works of art by various artists. The museum is located in two buildings – the historic 200-year-old house and the adjacent modern building. 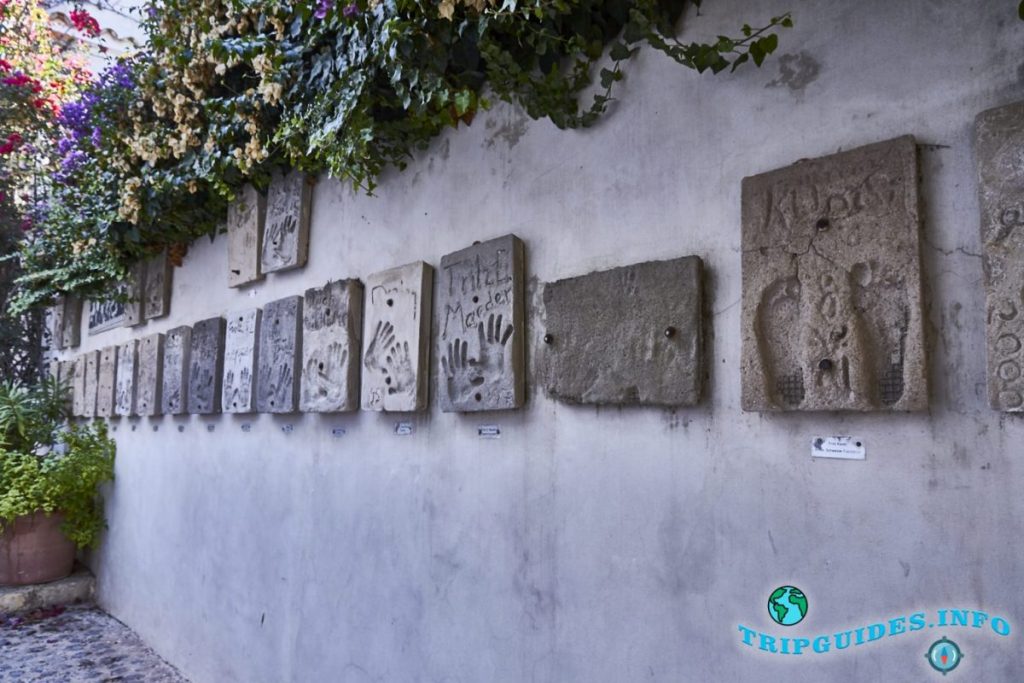 Hotel Palacio de Ibiza is a place visited by celebrities in the past. Here stayed such famous people as Humphrey Bogart, Walt Disney, Charlie Chaplin, Marilyn Monroe, James Dean, Greta Garbo, and others. Today the hotel is closed, but the memory of its guests still lives on the streets of the ancient city of Ibiza. On the pedestrian street – “Carrer de la Conquista”, on the concrete wall there are handprints of the above mentioned movie stars and other persons.

Entertainment in the old town

Dalt Vila is not only historical monuments and museums. There are also more modern attractions in the city. 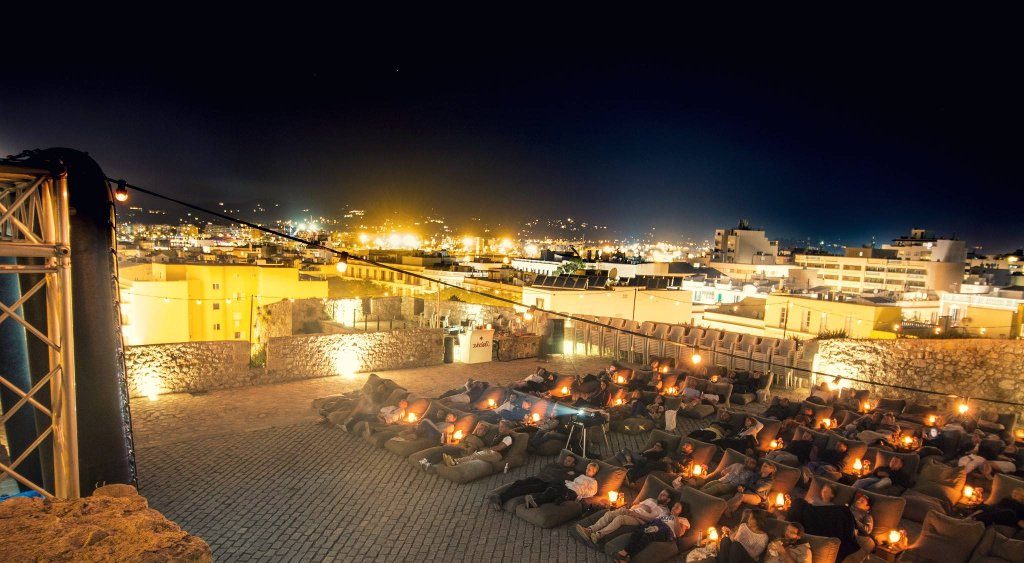 Cinephiles will love the open-air Cinema Paradiso Ibiza (Open Air) with its new releases and classic film evenings. This is one of the most atmospheric places in the city.

The Ibiza International Music Summit Dalt Vila is a yearly music party. The best DJs from all over the world play on a huge open-air stage surrounded by medieval buildings. You can dance while enjoying magnificent views of the sea and the harbor.

One of the highlights of the city – takes place on the weekend of the second week in May. The large-scale medieval fair in Dalt Vila is one of the spectacles that is a must-see.