In 1861 a railway route Lviv-Peremyshl was opened – the first one in Galicia and in the whole Ukraine. And after a few years on the Lviv railroads began to happen a mysterious and strange stories.

Secrets of the Bernardines

The main building of Bernardine monastery occupies a triangular section, the base of which was the city rampart between the Galician Gate and the Royal Bastion, and the top was a powerful bastion, which was called Bernardine. The monastery was an independent fortified point, surrounded by a moat and rampart, which were linked to the ring of city walls. The wooden constructions of the monastery in the XV century, which has repeatedly burned and rebuilt, during the XVII-XVIII centuries were replaced by stone ones.

Believe it or not… That’s how many fairy tales begin. But this is not a fairy tale. All that is described below in Lviv was not subject to any doubts. These stories survived to this day in their original form. Here are real stories about ghosts, ghosts, sorcerers and witches. All this is a normal phenomenon for our region….to those who know what I’m talking about… In the old days, about four hundred years ago, there was a ghost in the Lviv City Hall. It came at midnight in the form of a black coffin. The coffin flew over the halls and staircases, and its echo reverberated with a heavy groan.

The unbelievable Lvov gauntlet. Legends of the Market Square

Lviv. Market Square. Almost every house on this square has something mysterious and interesting to tell. Before 1871 there was no numbering of houses in Lviv, usually they were called by name or surname of the owner.

Kamenica on the Market Square, 2 was called Mordohaivska in the XVI century. At the beginning of the XVI century. merchant from Italy Roberto Bandinelli, after visiting our city, decided to stay in Lviv, received Lviv citizenship and bought this house. The dolphins on the facade of the house, which often decorated the houses of merchants, symbolized the success in trade.

To the bonfire for love

Love… What can be greater than this feeling. How many stories of happy and unhappy love our city knows, a city where girls are as beautiful as anywhere else in the world. These beautiful legends of love still do not leave any of us indifferent. Evliya Chelebi, a 17th-century Turkish traveler, wrote about Lviv girls: “In the favorable climate of the local area girls are so beautiful, that when you see them, dressed in a variety of silk outfits, sun-faced, with the eyes of roe deer, gazelle, or chamois, you lose your head.

Graffiti and tags – these magic signs, carved on the tablets of a new epoch, perhaps, in a few years or decades will be erased by an inexorable Chronos, but for now we can proudly feel themselves their contemporaries and enjoy their intellectual and artistic coloring. Modern graffiti came to us from Europe, and not for the first time. The city’s history says that 400 years ago the fashion for such writings on the walls came to Lviv from Rome, where in the 16th century they started writing so called “libels” – sarcastic and biting jokes near the cobbler Paskvino’s workshop.

Romeo and Juliet in Lviv. Three stories of great love

Medieval legends such as this story are as dramatic as Shakespeare’s Romeo and Juliet. The young Italian Michelini brought a large shipment of wine from faraway Crete to Lviv, some of which was bought by a Ukrainian merchant. Michelini saw his daughter Pelagia in the merchant’s house and immediately fell in love. The feeling of lovers was mutual. The Italian was so carried away by the girl that he decided to stay in Lviv. But unfortunately, in that very year, 1594, a great disaster hit the city – the plague, which by that time had mowed down half of Europe. Pelagia fell ill and there was no hope of recovery.

Otherworldly phenomena at all times have seized our imagination, people have not only believed, but have become participants in quite extraordinary events, which were hard even to believe. But anything can happen in life, modern eyewitnesses prove it more than once. Here is another scary Lviv legend related to the house on Zelenaia Street, 8. More than a hundred years ago there was a stone house “Under the Lime trees” on the place of that building. The beautiful villa among the lush park was fenced off from the street with a thick wire netting and a forest of trees.

Stories from the life of Lviv citizens of the past

Mankind knows many examples when an uncontrolled gambling brought people to poverty. These are the stories that happened in Lviv at the beginning of the last century. The city was very different then. Gradually its medieval walls gave way to parks, squares and thoroughly European streets. But the main thing is that for the first time in its history Lviv became a city of great opportunities. It attracted adventurers from all over the world and infected its citizens with its entrepreneurial spirit.

Lviv is a magical city, rich in medieval architecture and rich in history. But among other things, its history and legends are fascinating and sometimes frightening. Today is one of those legends for you.

This Lviv legend of the early 19th century tells most likely about the mansion, close to the Pohulyanka Park, which is associated with horror stories, although the image that we see now it acquired a bit later, after it had been rebuilt. 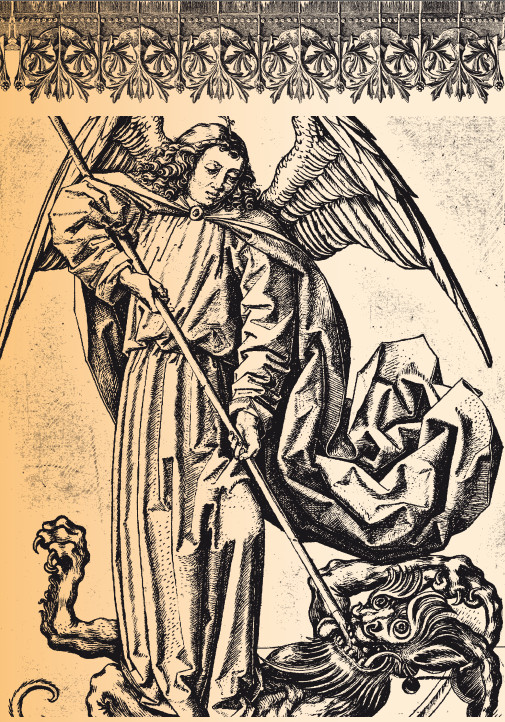 The birth of a legend On March 31, at 4 a.m., the night watchman Meshcheryakov, who was on duty at the stove, came out of his tent for firewood and saw a bright star in the sky in a glowing halo of a “ball of fire.” He signaled to the sleeping searchers, who jumped out and watched as the “star” slowly

Maori Legends The weather turned bad. I did not dare to sleep under the open sky and went in search of a place to stay for the night. Near the road there was a Catholic mission: a church, a school and a few other houses. The only light was on in the school. That’s where I went in. And instead of a roof over my head, I got advice:

The Birth of a Legend

On March 31 at 4 a.m. Sergei Sogrin came out of his tent and saw a bright star in the sky in a glowing halo of “fireballs.” He signaled the duty officer Meshcheryakov, and he signaled the sleeping searchers, who jumped out and watched as the “star” slowly

People of the legend

People of Legend A wagon was moving along the dusty road, along the Aksaut River. The strong horse was pulling a heavy cart. Its wheels were squeaking: evidently they had not been oiled for a long time. The August sun was blue overhead. On the right the river was boisterously rumbling. Its swift streams, flowing down from the

Jewish Legends The Honest Community No one had anything good to say about the Jewish community of Rudno. The Jews of Rudnoe were cleverly dragging home everything that was bad. Once a rabbi from the Czech Republic was on his way to L’viv, and he was caught at night on his way. So he decided to

Crimean Legends The Crimean people have a lot of wonderful legends and tales. These rich legends are given to the pioneers, who came to Artek. Kids love to listen to the Crimean fairy tales and legends, which they are told by the counselors, but they are even more impressed by

READ
5 Liège sights that will not leave you indifferent

Legends and Facts The combat way of Andrei Shkura in World War I is drawn quite differently in two groups of sources, which can be called as follows: mythological and realistic.According to the mythological scheme, centurion Shkura already in the first battles showed unheard of

Peace and Legends While reading the book of prayers in the Days of Awe,[58] some ideas came to me.There is a connection between the words and, respectively, the concepts of “sacred,” “holistic,” and “world.” Let us begin with the Hebrew. In a state of complete tranquility, you do not engage in

Legends, Superstitions BROWN STATE OF MICHELLE MONTENY.The Renaissance writer and philosopher sits smiling and with his leg over his head. People come to him to … hold the philosopher’s right shoe. There is a belief that if you touch it, make a wish and say “Salute,

Legends and myths Prison and zone legends and myths include all sorts of personalities (mostly – thieves in the law), events (the arrival of the thief), the zones themselves (super hunger or super satiety), amnesty, escapes and more.In particular, allegedly in one forest zone craftsman built a helicopter of

Smolensk legends Thirty kilometers from the town of Vyazma, a little northwest toward Smolensk, was a simple Russian village, whose name was associated with a forest thicket. There really were forests all around. This is my homeland. My ancestors lived here. Already

Genesis and Legends of Shchelkin

Genesis and legends about Schelkin Our conversation with RAS Academician G. Rikov, Director and Head of the Federal Nuclear Center of Russia, took place during celebrations devoted to the 100th anniversary of Kirill Schelkin, a great scientist of our country,

On the other side of the legend

On the other side of the legend In the Taganrog Gestapo Chancellery – “shreibshtube” – was headed by young Sonderfuhrer Georg Bauer. He arrived in Taganrog in February 1943, shortly after the events on the Volga: returning from Germany, on leave, to the Gestapo field station Chir, but Chir to the