The best places to get naked

Everyone in life must have had a friend who thought that to strip naked – it is absolutely normal, because everyone does it. Man – a social creature, but sometimes you want to give up all conventions, to become at least for a while in convinced nudist, to elevate his nudity to the rank of art, to give the body to breathe, to achieve together with the bodily and spiritual awakening, and do not doubt for a moment that you are doing the right thing. Here’s the naked truth of the tourist.

Volcanic activity in Japan has spawned many natural hot springs that are still used in their natural state. The SpaWorld theme park is an eight-story complex, which can accommodate more than 5,000 visitors. The onsen itself occupies the 4th and 6th floors, where the European and Asian zones are located.

It is strictly forbidden to wear swimsuits or swimming suits and it is not allowed to take photos. Some may be outraged by such liberty, but it should be noted that there are male and female zones, so that “pestles” and “stamens” are bathed separately from each other.

The main reason to bring your own towel: those towels, which are issued to visitors, are designed for small Japanese, therefore, larger Europeans may feel that they were given a large napkin.

Don’t forget the Russian-Japanese dictionary so that you can say the cherished phrase “Won’t you let me join your ‘naked party’ by the pool?” 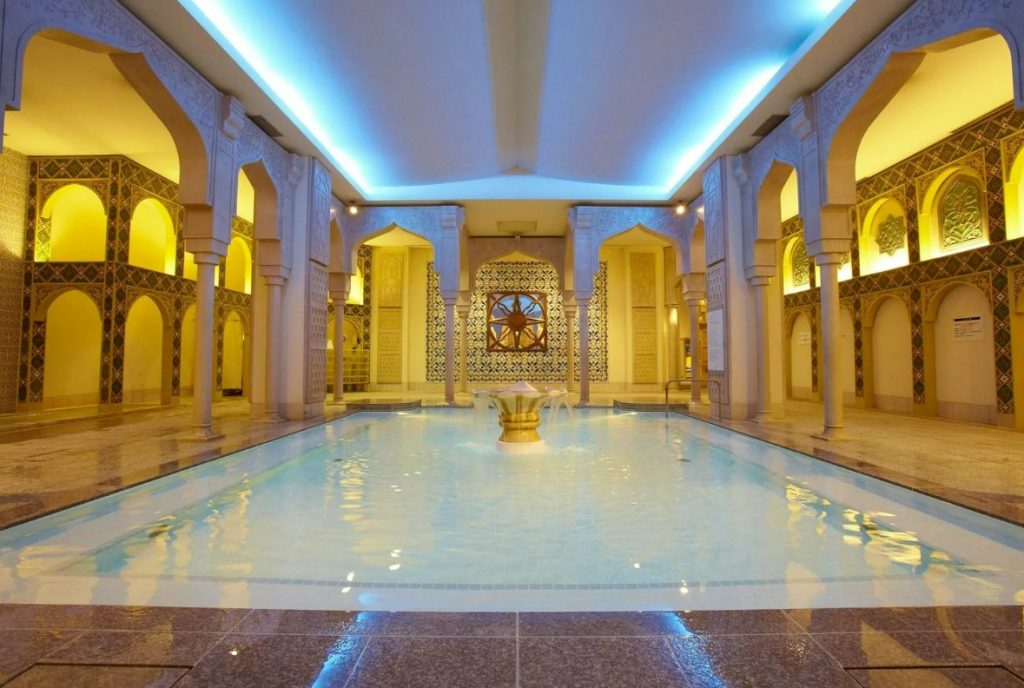 Budapest encourages you to visit some of its attractions in whatever the hell you’re wearing . After all, it’s a bathing paradise for lovers of all tastes. From the classic historic Baths of Rudash and the modernist Thermae Gelert to the rave partying baths of Kiraly.

We’re not going to deceive you: you won’t like it at the Rudash Baths. Unless you fancy a bunch of big-haired, naked Borats, because the bathhouses are geared primarily toward men. But there’s no gender discrimination in the Kirali baths: Tuesdays, Thursdays and Fridays are for men and Mondays, Wednesdays and Sundays are for women.

The main reason to bring your own towel: you’ll need it to cover your eyes – we’re not kidding about the Borats

Don’t forget : something warm to wear – even in the summer, coming out of the baths, you’ll feel like someone stole the heat while you were relaxing in the baths 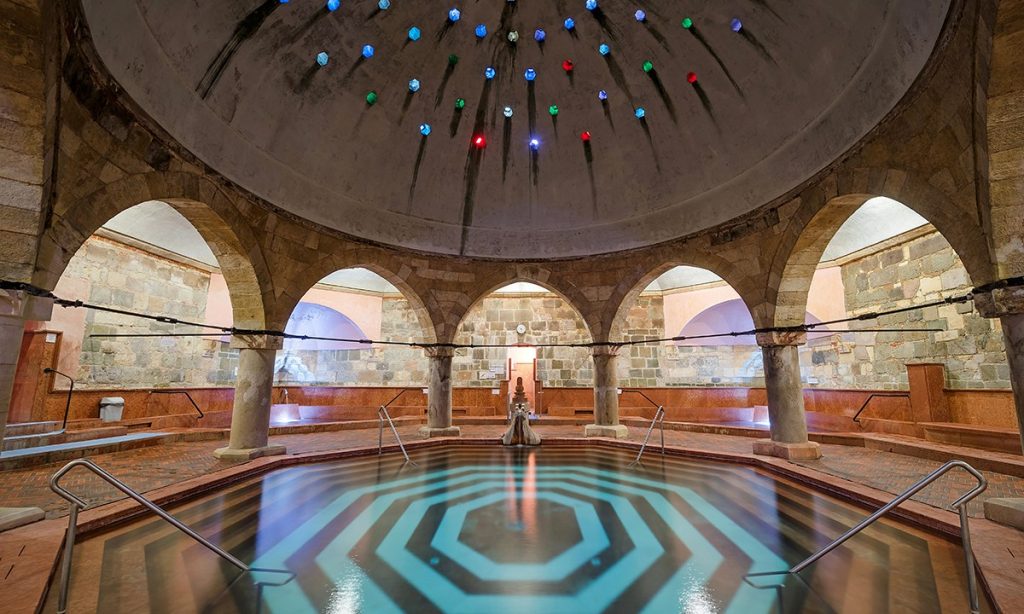 Some people claim that the Burning Man festival was started by people who wanted to see their co-workers naked. Be that as it may, the annual week-long Burning Man Arts Festival, held in the Black Rock Desert of northern Nevada, has become very popular with those who like to hang out in the nude.

For eight days, everyone here expresses themselves in an extremely radical way, and contemporary art often takes unimaginably fantastic forms. Each guest of the festival, of which about 50 thousand people come every year, knows what self-sufficiency, giving, responsibility and constant dressing/undressing are all about. And even if you choose to remain clothed, civility, like a snakeskin, will be thrown off you when the desert heat is exacerbated by the burning fire of a huge wooden man.

The main reason to bring your own towel: you are in a hot desert, so a wet towel is just right to protect your head from the scorching sun.

Don’t forget your credit card, because when the festival is over and you come back to reality you’ll realize that you’re not that far from Las Vegas. 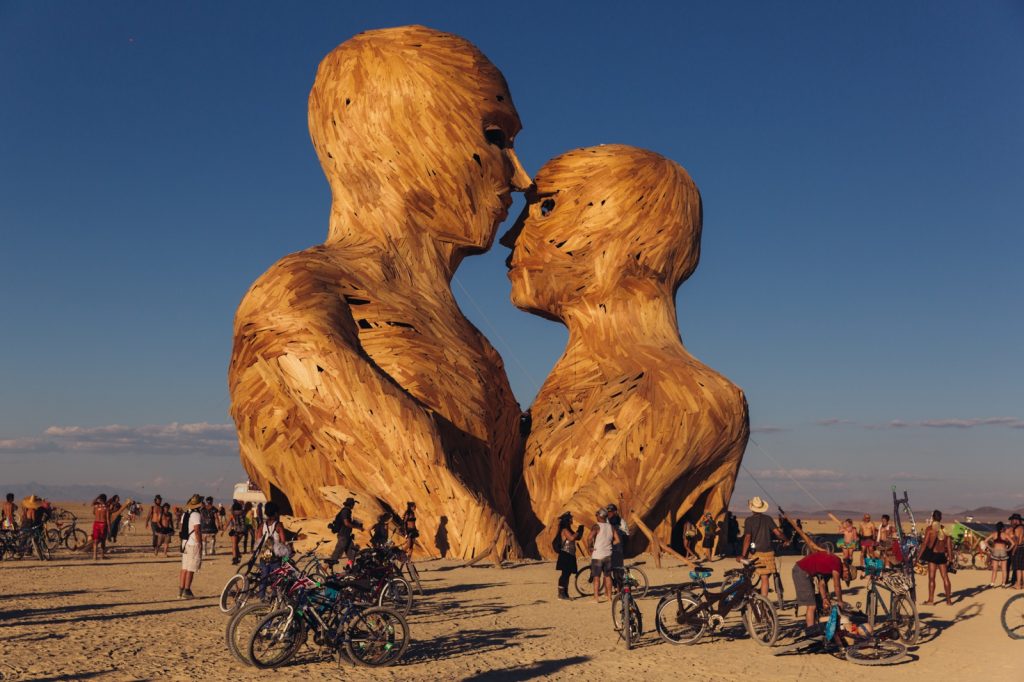 San Francisco never gets bored, especially when it comes to the third Sunday in May, when the famous Bay to Breakers Run takes place. This event can be perceived in many different ways: a race, a gay pride parade, a nudist invasion, a masquerade ball, or a freak show. Whichever way you prefer!

READ
Before Lindbergh: an attempt to fly across the Atlantic by 1927

The race has been held annually since 1912, and about 100,000 people take part. But most of all, it’s the atmosphere. No one will reproach you if you decide to bare your flesh and put an inflatable sex doll on your shoulders and outrun some exhausted track and field athlete who is training for the Boston Marathon.

The main reason to bring your own towel: The race takes place downtown, so you’ll need your towel when propriety prevails.

Don’t forget your number and no alcohol – rules are rules. 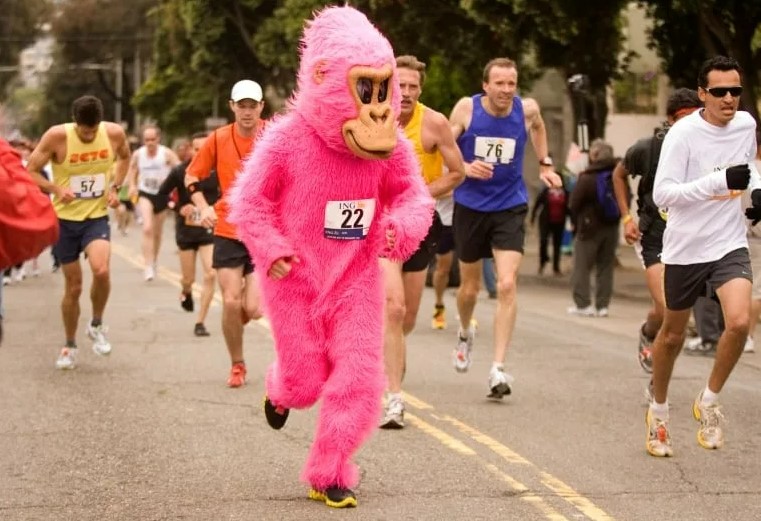 Blue Lagoon is the perfect place for those who love first-class spa massages, healthy food, steam baths, saunas, great design and high-quality cosmetics. This geothermal complex is the only place of its kind on the planet. So add exclusivity to the list of Blue Lagoon’s advantages.

No one gave an official permission to swim naked in the Lagoon, but who forbids you to take off your swimsuit, being in the water up to your neck? Fortunately, the water is saturated with silicon, which makes it opaque. So no one will suspect a thing.

The main reason to bring your own towel: In the Lagoon itself, the water temperature reaches 37 degrees, but the air temperature can be much lower, so it is better to bring a large bath towel to wrap up in.

Don’t forget hydrogen peroxide to go blond or blonde and pass for a local. 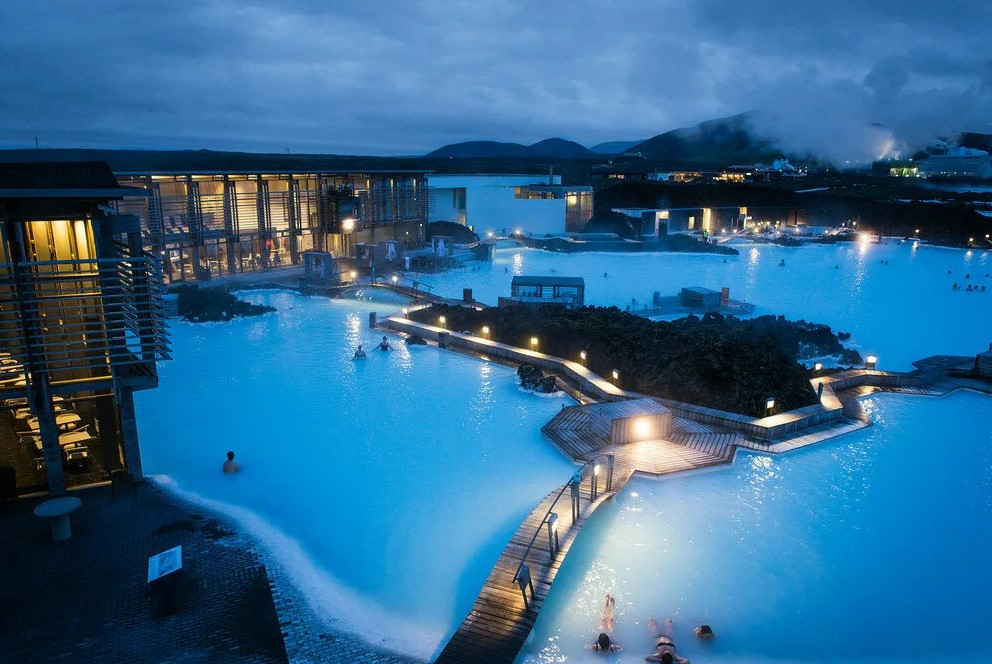 READ
Philippines - Recreation and entertainment in the islands

Imagine running with the bulls. So it’s the same thing, except the role of the bulls is played by sake-warmed men wearing loincloths similar to those worn by sumo wrestlers. And they are naked because the Japanese believe that a naked man can take away all misfortunes if you touch him. Alas, not everyone can take part in this riot of emotions, because the participants should be not under 23 and not more than 43 years old.

The main reason to bring your own towel: it’s useful to wipe your wet feet, because a fast run can easily turn into an even faster slip.

Don’t forget to wear warm clothes (it’s Japan in February) and an anti-drinking kit (even nondrinkers here take enough sake to bathe a herd of Kyrgyz steppes in it). 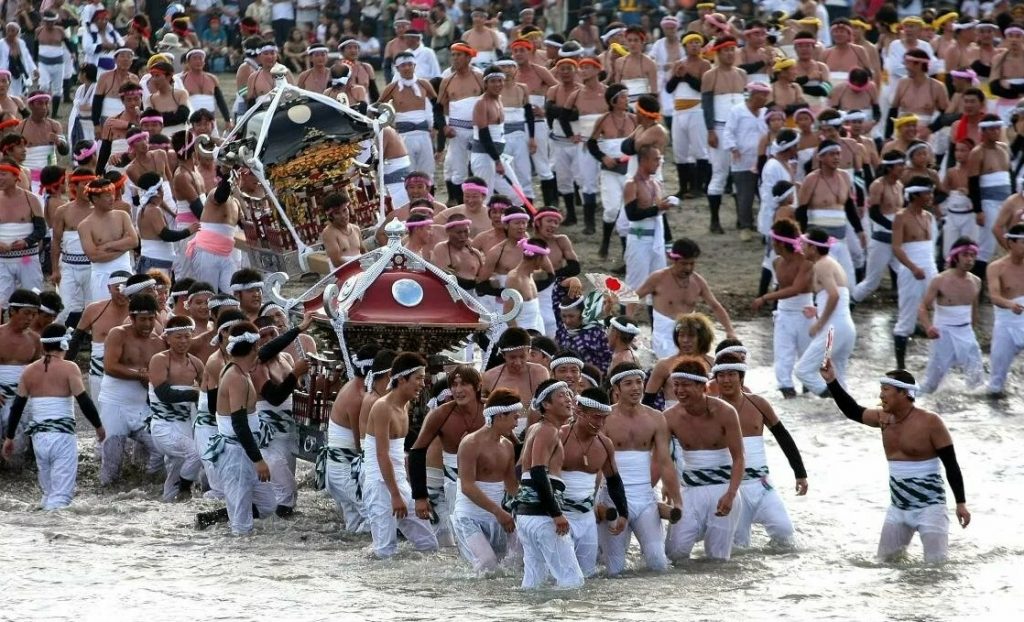 The World Naked Bike Ride was first organized in 2004 as a demonstration against environmental pollution and humanity’s dependence on oil. The name itself reflects the essence of the event and indicates what the dress code should be. The rule is one – only a bicycle is worn.

However, if you do not know how to ride a bike, rollers or skateboard will do. If you feel ridiculous pedaling and waving your primary signs, then you can hide your shyness behind body art. Check out the official World Naked Bike Ride website for the dates of the run.

The main reason to bring your own towel: you can put it under your heel on the seat to make it easier on the bumps.

Don’t forget: sunglasses so no one will recognize you but the people closest to you. 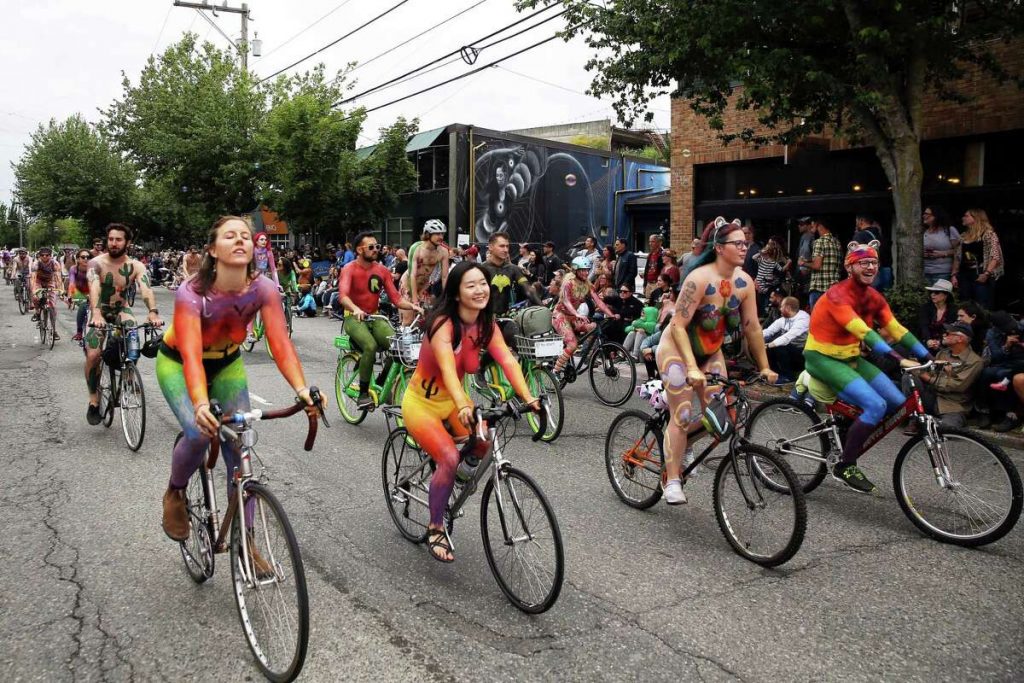 Want to immortalize your exhibitionist tendencies? Then register for a photo shoot by renowned “nude photographer” Spencer Tunick. This artist has made his name on photographs that capture thousands of naked people. The record-breaking flash mob was organized by Mr. Tunick in Mexico, where he managed to capture the charms of 1,800 volunteers.

It’s real art . The photographer only works with volunteers, who are not paid a dime to pose in front of the lens in whatever the hell they are wearing. Spencer Tunick blurs the line between the male and female body, so if you want to be part of one big body that shines with its naked beauty, you’re welcome.

The main reason to bring your own towel: you’ll need it if you have other plans.

Don’t forget to be patient, because the photographer is not always happy the first time. 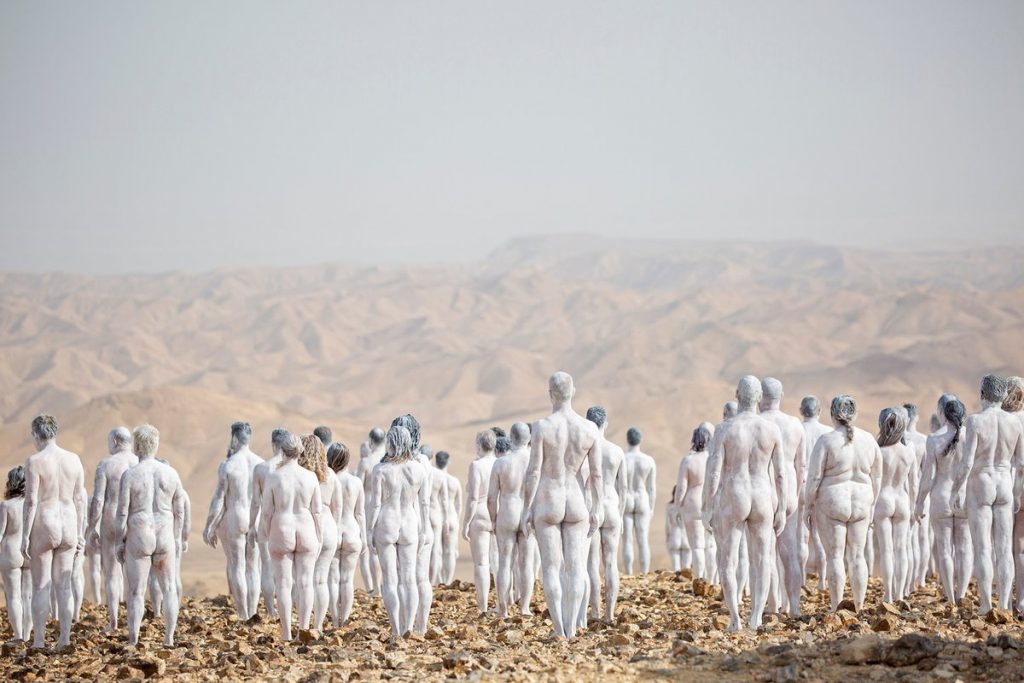 You can undress in many places on this simultaneously civilized and wild planet. And if you’ve long been bored with nude beaches, try one of our tips – perhaps you’ll discover something new about yourself.