What to try and where to eat in Bruges?

The cuisine of Belgium is quite diverse, as it combines the culinary traditions of Belgium itself, and the traditions of the neighboring countries – Germany, Holland and France. On the whole, Belgian cuisine is quite hearty, although in the coastal regions more attention is paid to fish and seafood, while in the inland areas meat is more popular.

Chocolate production in Belgium dates back to the 19th century, when chocolate was sold in pharmacies as a cure for a variety of diseases. Today, Belgian chocolate comes in many varieties-bitter, milk chocolate, chocolate with different fillings, chocolates, and more. There are a lot of chocolate stores in Bruges (especially in the center), and their variety is very rich – we saw individual lumps of chocolate (they are sold by weight), and packages with different sweets, and chocolate figures (especially we liked the ones that were sprinkled with chocolate chips, which created a rusty effect, to my mind, it looked very interesting – for example a large chocolate lock with a key from a distance really looked like an old rusty lock) and much more. The prices I would not call low, for example, a piece of chocolate, weighing about 300-400 grams, cost me 18 euros, small boxes of chocolates cost from 10 euros, the prices for the figurines started from 5-7 euros for very small ones. The prices in all the stores were about the same (they were all located in the vicinity of the central square), maybe on the outskirts of the chocolate would be cheaper. I can add that the chocolate was really delicious, we liked it and all the relatives whom we brought as a souvenir. So, I recommend all those with a sweet tooth to try Belgian chocolate and take it with you. 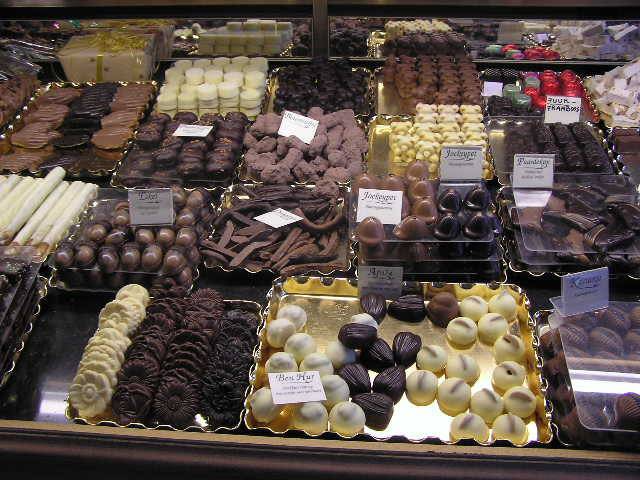 By the way, Bruges has a chocolate museum, where you can get acquainted with the traditions of chocolate making. The museum also has a store, but the prices there are even higher than in the street souvenir shops.

Many people have heard about Belgian waffles, but not everyone knows that there are two types of waffles – Brussels and Liege – they differ in shape and dough. Liege waffles are hard, usually oval or round in shape, while Brussels waffles are softer, usually served warm and have a rectangular shape. We tried the waffles at a restaurant on the square, and frankly, we didn’t notice anything special about them. We had Brussels Waffles and were served with whipped cream and an ice cream scoop. Similar waffles can be bought in Russia, we did not notice any particular difference. Of course they were quite tasty, but no better than waffles from the store. 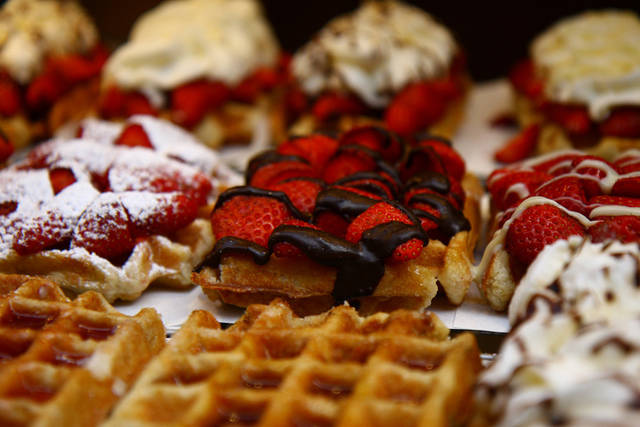 In addition, Belgium is famous for its beer, the restaurant brought us a menu with different beers, which could only fit on ten pages. The most famous Belgian beers are Lambic, Kriek (cherry beer), Gueuze, and Trappist beer (a kind of strong ale). We drank Crick, we liked it, although in general we can’t call ourselves beer lovers – it tastes like a refreshing lemonade (at the expense of cherry flavor, of course), although it is quite sweet (in general, for the lover). Those who like beer are sure to find a variety to their liking – the menu has a description of each variety, as well as the percentage of alcohol content. 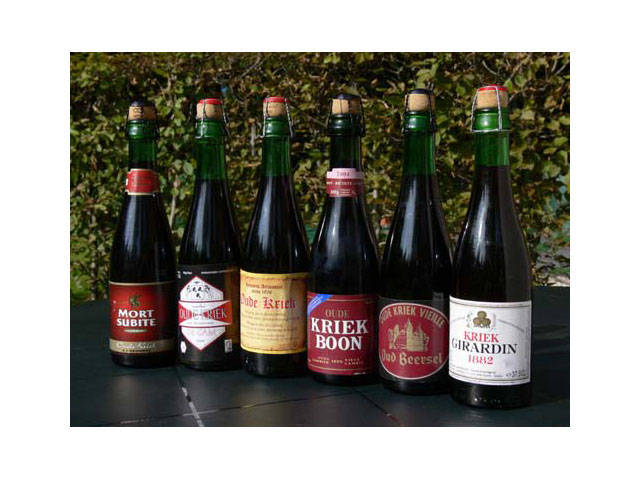 Another traditional Belgian dish is French fries, because it is in Belgium (according to legend) that this snack originated. The traditional Belgian way involves thick strips of potatoes fried in oil. Potatoes can be served both as a separate dish (most often with mayonnaise) and as a side dish to a hot meat or fish dish.

READ
Gastronomy tourism in Germany: the national food and drink

Restaurants and cafes in Bruges

As I have written in other articles about Bruges we spent two days there. In principle during these few days we did not move away from the center of the city, because that’s where all the attractions are concentrated. There are a lot of cafes in the center, among them are traditional Belgian cuisine and international (mostly we noticed the Italian, Japanese and French restaurants). We, of course, chose the local cuisine, reasoning that the rest can be tried at home. There are cafes and restaurants which are situated in the central square and we chose one of them because we liked the view so much that we could sit by the window and watch the square and eat. It was the restaurant at the Central Hotel and it was right in front of the bell tower. The impressions were very positive – the restaurant presented local cuisine, I had a Belgian chicken pie, there was a large number of different beers and for dessert we had waffles (I have already written about them above). By the way, in Belgium seafood is very popular, so we had mussels in different forms – baked, baked with cheese, etc. Prices I would call average, as, however, throughout Belgium – it’s not too cheap, especially in cafes/restaurants (in stores, of course, cheaper). Dinner – main course, beer, dessert and tea cost about 25-30 euros per person (keep in mind that the restaurant was in the city center, I’m sure that on the outskirts, you can eat cheaper). The service was also quite satisfactory, we communicated with the waiters in English, no problems arose (they all know English very well).