The Beauty of Singapore

“Singapore” in Malay translates to “the city of the Lion”, this is due to local legends. The population is mostly Indian, Chinese and Malay. And surprisingly, all these ethnic groups peacefully coexist, preserving their traditions and customs. 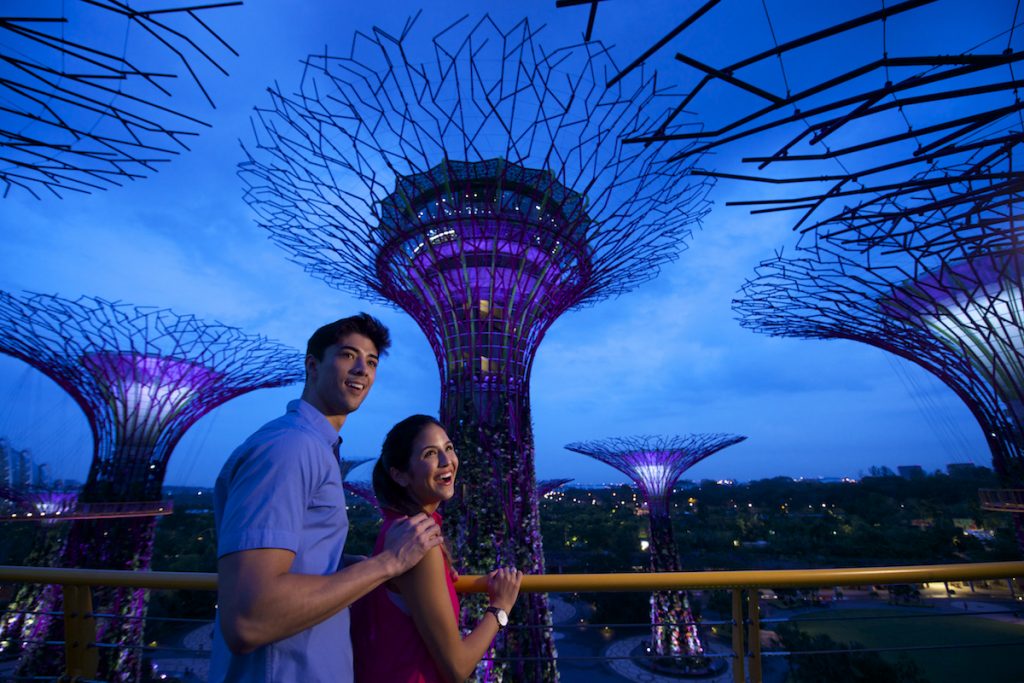 Garden By The Bay The beauty of Singapore

Singapore’s friendly tax system makes it incredibly easy to set up a business, and for tourists there are plenty of attractions and places to see. The language barrier is not a problem here, as despite several official languages, locals mostly use English, even in daily life.

Singapore is located at the tip of the Asia Minor Peninsula, at the junction of the Indian Ocean and the South China Sea, which has made it one of the most important transport hubs. The state consists of 63 islands, the largest having the same name as the country and the capital located on it. 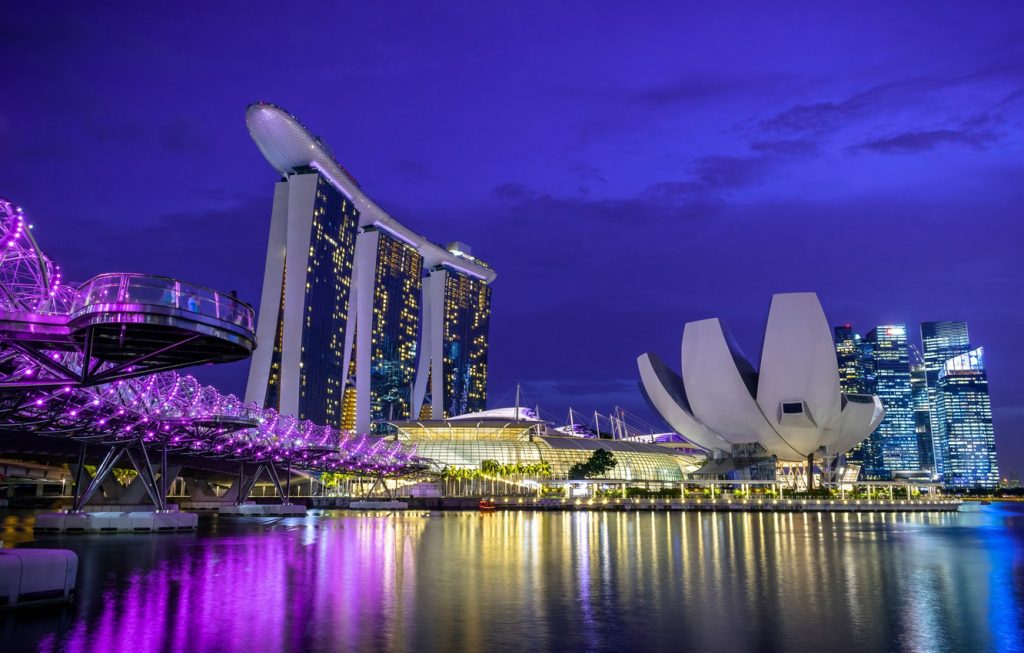 The climate here is equatorial, so in Singapore all year round is warm, but not hot. The temperature rarely drops below +20 ° C, but also does not rise above +36 ° C. There is always a lot of rain, but the greatest rainfall is during the winter months.

Singapore has amazing architecture, and it is truly a contrast. There are the most modern technologically advanced skyscrapers and business centers side by side with historic Victorian-era architecture (Singapore’s colonial heritage) and glossy shopping malls and religious institutions.

There are several ethnic neighborhoods in the city, where you can find products for the national cuisine, as well as various household items. Here you can find colorful stores, see artisans at work and various ancient occupations. The largest are Little India, Chinatown, and Arab Street. They become especially colorful during their traditional holidays. 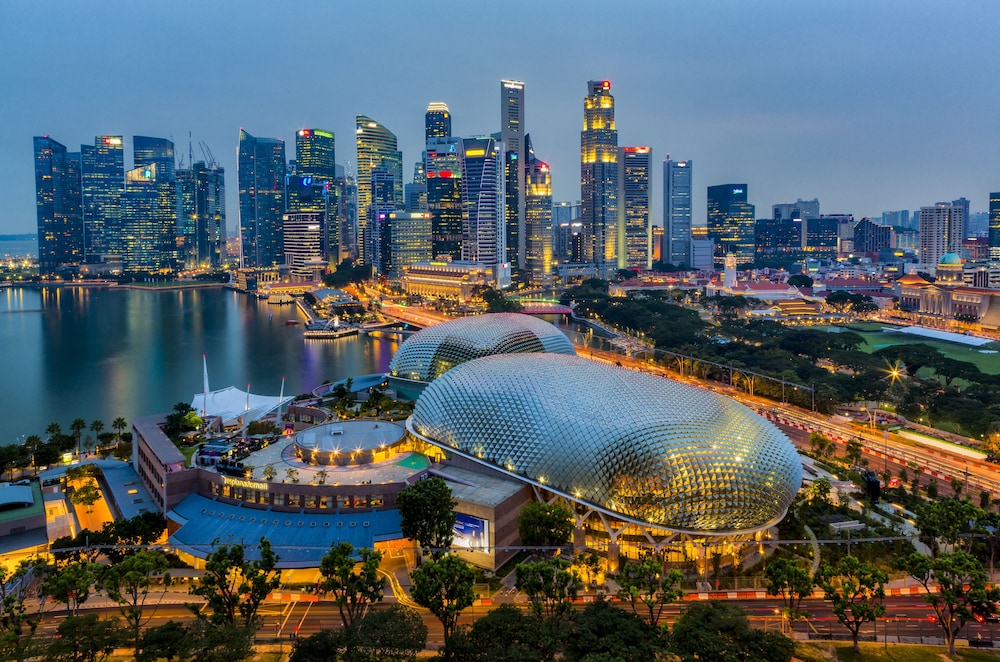 Ethnic neighborhoods include: – Tian Hock Keng, a Buddhist temple in Chinatown. It was built in the early 19th century in the traditional Chinese style. – Sri Mariamman Hindu Temple – one of the hallmarks of Singapore. It is also located in Chinatown. – Al-Abrar Mosque is one of the most beautiful mosques in the city.

There are many museums in the city. The most remarkable among them are: – the Sea Museum – here the history of shipbuilding is shown, beginning from the most ancient times. – Malay Heritage Center – The history of Singapore’s Malay people. – Singapore Art Museum – One of the largest in this part of the world. Its collection includes works by Asian and European masters. – Museum of Rare Stone, Coral and Reefs – displays are devoted to the underwater world and its mysteries.

Museums vary in opening hours, some open all week, while others have certain days off.

Despite the small area and lack of land, Singapore has green corners. The Botanical Gardens amazes with their landscape and thousands of unseen plants. Not to mention the Orchid Garden with its huge collection of species of these wonderful flowers.

The Heavenly Park is located on the roofs of 3 200-meter skyscrapers and has several swimming pools, hundreds of trees and a modern art museum.

The Singapore Zoo is also noteworthy. The animals are not kept in cages, but are separated from visitors by natural barriers – moats and rock walls.

Transport system in Singapore is one of the most developed, but at the same time the easiest in the region. Cabs, subways, light rail, and city buses are all available to get you anywhere in the capital city. 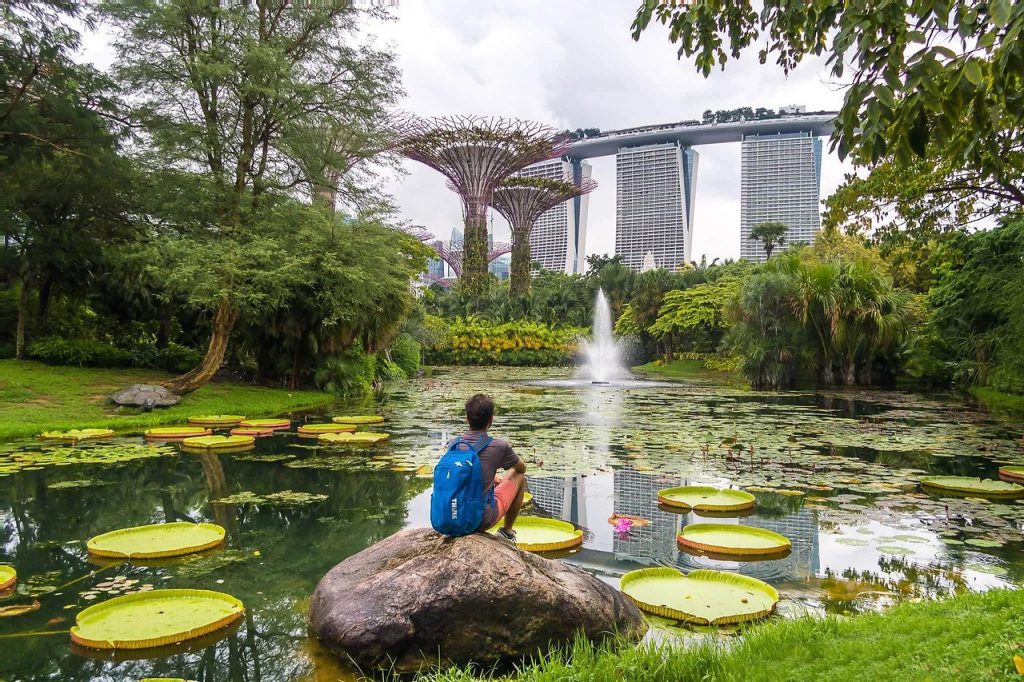 The subway consists of 4 lines and runs from 5.30 to 0.30. Tickets are purchased from vending machines and should be scanned not only at the entrance, but also on the way out of the subway.

The subway is complemented by three light rail lines, and bus routes tangle the entire island. Cabs in Singapore are relatively inexpensive and can be hired right on the street.

The most unusual mode of transport is the cable car between the city and Sentosa Island.

There are many hotels of varying levels, but budget accommodation in Singapore is difficult to find, prices for a night’s stay, even in the student hostel ranges from 100 local dollars. 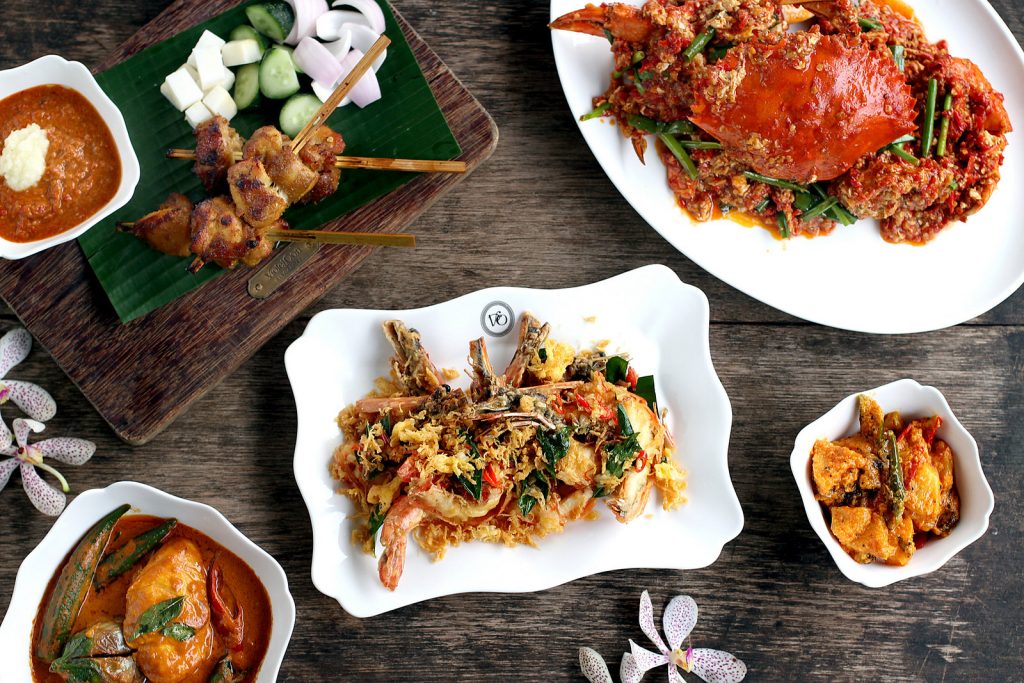 Singapore is a foodie’s paradise. Singapore has an amazing culinary tradition. There are several thousand cafes and restaurants in the city. Chinese and Indian as well as Malay, Thai and Korean cuisines are very popular. The price range is very wide, from fairly cheap (but still safe) food in street café complexes to impressive checks in posh restaurants. By the way, tipping is not customary in Singapore, and is even forbidden in some places.

Shopping in Singapore can be called one of the main entertainment. The central district is full of shopping malls, where you can find things to suit all tastes. There are boutiques of world brands as well as simple brands. 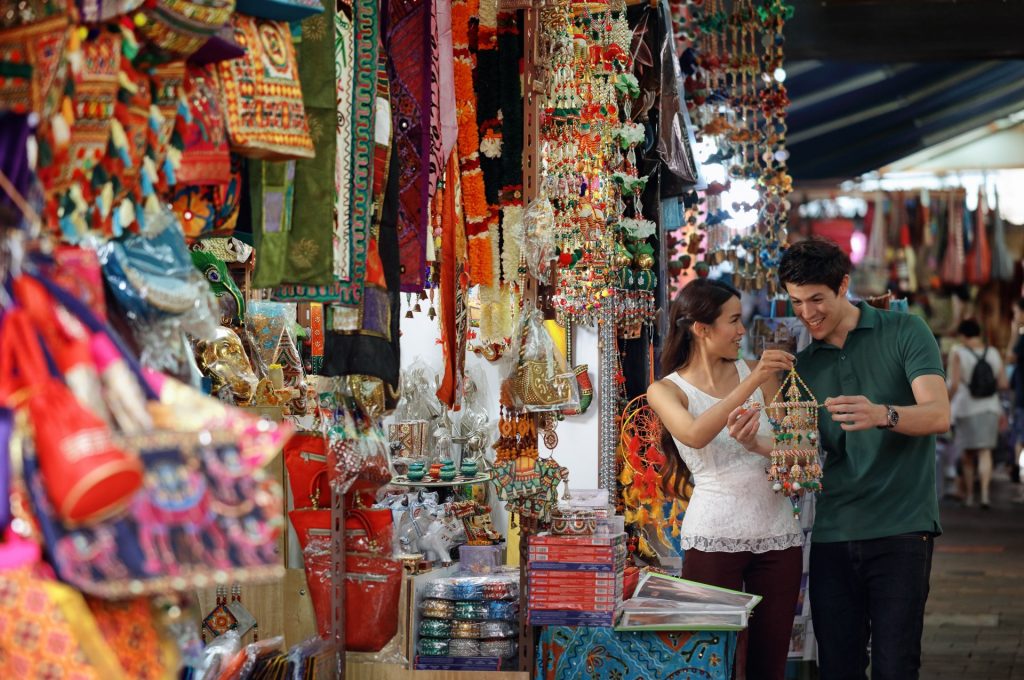 There are street markets in ethnic areas where you can stock up on souvenirs or buy interesting things.

Singapore has strict and rather strange laws. For example, you can only buy chewing gum in a pharmacy and litter in public places can earn a fine.

The Singapore Card can be purchased directly at the airport or in newsstands or bookstores.

There is no need to rent a car, it is difficult to move around the center of the capital this way and requires additional payment. Parking coupons are available at parking lots and can be purchased at kiosks or gas stations.

There are many travel services in Singapore, including a “hop on hop off” system. Currency exchange facilities are available not only in banks but also at the airport and many hotels.

In Singapore, most of the drugs are sold on prescription, and there is no free medical care.