While vacationing with kids in Burgas, Nessebar, or Pomorie, be sure to take an excursion to St. Anastasia Island. It is a small rocky piece of land in the Burgas Bay.

Its area is just 1 hectare, and its height – 12 meters above sea level. It is the only inhabited piece of land in the Bulgarian part of the Black Sea. First of all, the island is famous for its history and legends. With them we will begin.

In the period from the fifteenth to the eighteenth century the island, including the monastery built on it, was regularly attacked by pirates. The monks prayed tirelessly for salvation, and one day St. Anastasia answered their pleas.

She smashed a pirate frigate against the rocks, the wreckage of which remained forever in the rock as an admonition to others who wished to steal other people’s wealth. Another version, though, holds that the monks owe their salvation to a ghost who didn’t really care about them. He was merely guarding the treasures buried on the island.

By the way, in the rock you can see the fossilized remains of a pirate ship and two other similar phenomena – the “Sponge” and “Dragon”. It is also rumored that somewhere on the island there is a secret entrance to the catacombs.

The entrance is indeed secret, so much so that it is still undetectable.

The real story of St. Anastasia Island in Burgas is no less remarkable. Supposedly, the structure on the island was built in the eighth century, but the first written evidence of its existence appeared in two church books of the fourteenth century, which today are kept in the Vatican.

The monastery was destroyed about a hundred years after its foundation and then restored as early as the nineteenth century. In 1923 the monastery was closed and the cloister was turned into a means of re-education for criminals, that is, a prison.

Soon it turned out that the maintenance of such a “health resort” costs a pretty penny for the state, so the colony was also closed. However, after a few years they changed their minds and built a prison on the island for communists and other political prisoners, who, as it turned out, still cost state money.

Attractions of the island

It is worth coming to the island at least to see the unique Church of the Ascension. On its walls, the original frescoes have been preserved. But most of the precious relics and church art objects have disappeared or been destroyed. 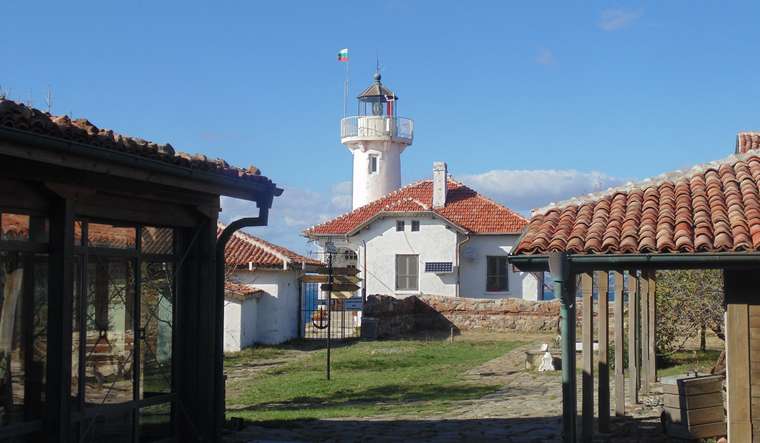 There is also a historical museum, which will tell you not only about the legends and real events of “long ago days”, but will also introduce you to the changes that have ever influenced the development of the island, as well as further plans for its development.

There is a small restaurant and a small hotel on the island. It has only 5 rooms with spacious terraces to view the waters of the Black Sea. The local lighthouse was built back in 1912, but still points the way for ships.

St. Anastasia Island – a new history, development of the resort

The history of the legendary island has had many ups and downs, but today the authorities, with the support of European investors, who allocated 8 million levs for the project, are successfully reviving its former glory.

Let’s go over the main milestones in the development of St. Anastasia Island in Bulgaria.

The island has become so popular that in 2010, director Kamen Kalev used it as the setting for his film “The Island”.

Today you can take a trip to St. Anastasia Island on a small boat, which travels from Bourgas to the island and back several times a day. 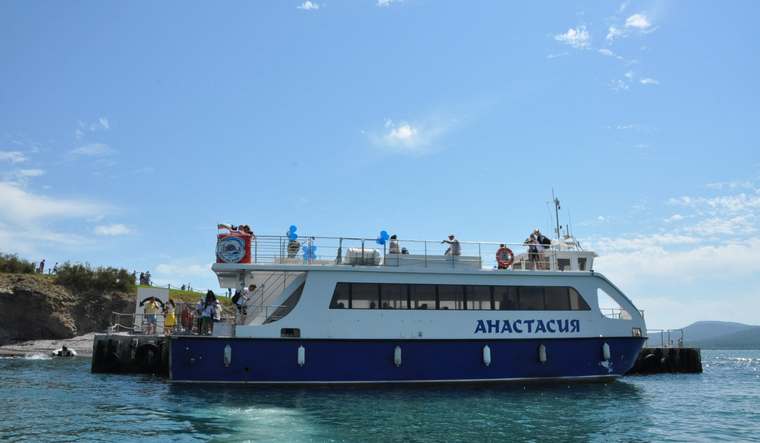 The whole trip takes about two hours. Those who want a panoramic view of this attraction can visit the Sea Garden in Burgas and admire the island from a distance.

The island “Saint Anastasia” is located in the Burgas Bay of the Black Sea.

It is formed by volcanic rocks with a height of 12 meters, in some places up to 17 meters, the area of the island is about 9 decares (90 hectares). Between 1945 and 1990, called the island “Bolshevik. The island is surrounded by mystery and there are hundreds of legends and stories about it.

One of the most famous legends has to do with pirates who attacked the island at a time when there was a monastery there. The monks closed themselves in the church and prayed to St. Anastasia to help them and deliver them from the raids. Saint Anastasia heard their prayers and wreaked a terrible storm that broke up the pirate ship. To this day, the remains of the ship, petrified, are cut into the rock, which can be seen by every visitor to the island. There is a belief that the reason for the pirate raids was the gold treasure buried on the island, guarded by the ghost of a dead pirate.

According to another story, at one time the Vikings reached the island. There is no documented information about it, but there are traces of two fires.

The strange powers of the place are also evidenced by an incident a few years ago, when the drunken captain of a tugboat miraculously survived after falling from a 25-meter cliff.

READ
The culture and history of ancient Ephesus

On St. Anastasia Island, there are three rocky phenomena known as the Mushroom, the Dragon, and the Petrified Pirate Ship. Some people believe that there are two dungeons on the Island, the entrance to which is very well camouflaged and no one can penetrate their secrets. So far, however, they have never been discovered.

The cloister survived until 1923, when it was turned into a dungeon in which 132 members of the Communist Party and the Agricultural Union were imprisoned. The difficult conditions of their confinement forced the government to move the prisoners to the Burgas police station, and some of them were released.

After the assassination attempt in Sofia’s Holy Week Church in April 1925, the island was again turned into a prison. On July 29, 43 prisoners managed to escape in two rowboats to Cape “Chukal” and escaped into the forests of the Strandzha mountain range. In memory of them, one of the wards of the monastery was turned into a museum. Later it was also used as a hotel.

The lighthouse on the island was built by a French company in 1889. It was mounted on an iron pole, rising 40 meters above sea level and in good weather its light was visible at a distance of 10 miles. In 1912 the foundations were laid for a new lighthouse on the north side of the island, which still guides ships today. It was first lit on June 13, 1914.

In the 60’s and 80’s the island becomes the favorite place of the creative bohemia of Burgas. For many years the residents of Burgas called the famous Burgas poet Hristo Fotev, who spent most of his time there, the “governor” of the island. The island then had a restaurant, a small hotel, a church and a pier.

The island is also known for the filming of Rangel Vilchanov’s “On a Small Island” and Kamen Kalchev’s “The Island” with Leticia Casta. Since 2001, the island “St. Anastasia” has the status of a natural and archaeological reserve.

A curative hospital with healing herbs and cures according to old recipes, a medieval monastery cell in which you can spend a night, a restaurant with authentic Burgas dishes according to old recipes … and all this in the most romantic place in the Burgas Bay – the island “Saint Anastasia”. Yes you can reach it by boat, on which you get from the favorite place of all Burgas residents and guests of the city – the “Bridge” in the Seaside Park.

Until now all this seemed like a fairy-tale, but in a few months this will become part of the Burgas reality, thanks to the project “Cultural and Historical Heritage of St. Anastasia and the City of Burgas – an Attractive and Competitive Tourist Destination”, financed by the Operational Program “Regional Development”, won by the Municipality of Burgas.