The Azores – the Tea Heart of Europe

The Azores are not only beautiful views and closeness to nature, but also tea, which has a special place in the history of the islands. Therefore, if you are in San Miguel you cannot avoid visiting at least one of the two factories in operation: Cha Gorreana, which is the oldest tea factory in Europe, or the smaller and more intimate Porto Formoso. Discover the fascinating history of tea in the Azores, and love the islands even more!

History of tea in the Azores

Although the tea industry is primarily concerned with China and Sri Lanka, or maybe Vietnam, Europe also boasts its own plantations. The factories on São Miguel are not only a sign of the colonial possession of Portugal, but they are probably the only operational tea factories in the Old Continent. 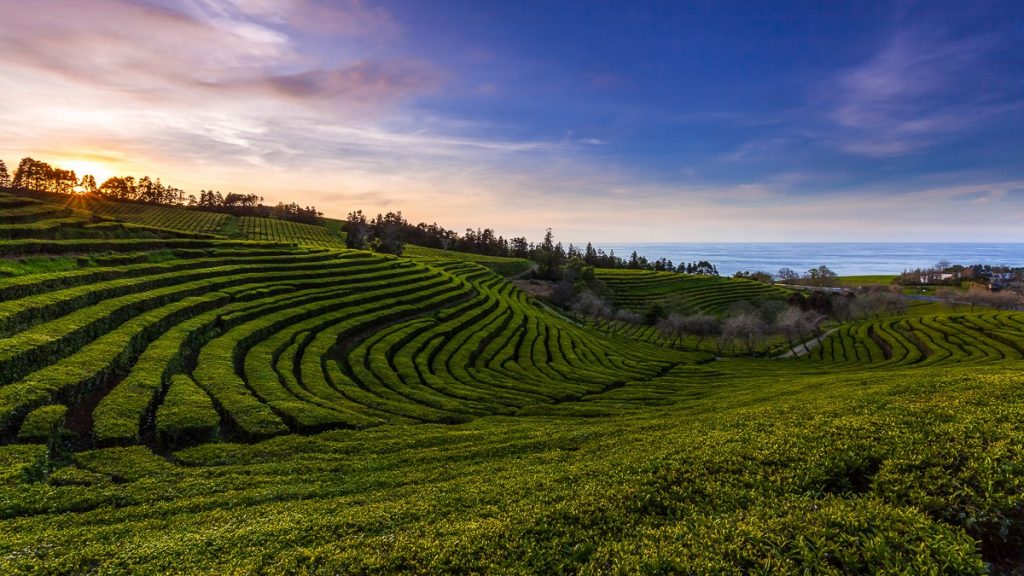 History of tea in the Azores

The history of tea in the Azores goes back to 1820 . The first seedlings of Camellia Sinensis came from Brazil, from Rio de Janeiro, where the earliest Portuguese plantations of this bush tea were located. However, they were introduced there by King John VI, who, after receiving tea seeds from the Chinese emperor, ordered them to be planted in the city where the royal court was located.

The full potential of tea bush cultivation only began to develop after 1878, when the Sociedade Promoter da Agricultura Micaelense undertook to invite to San Miguel two Chinese experts from Macao, who showed the locals how to grow and produce tea. This collaboration resulted in the cultivation of four varieties of tea – three black and one green.

In its heyday, dating from the end of the 19th and beginning of the 20th centuries, the Azores was home to 14 tea factories (including Cha Gorreana) covering 300 hectares and an annual production of around 250 tons. After World War I the plantations became less and less profitable and eventually collapsed completely. Mostly it was a change in customs policy, which made it more profitable to import tea from remote parts of the world, including Mozambique (which, as a colony, was also under Portuguese rule) than from the Azores. As a result of all this there were only 5 tea factories in São Miguel in the 1960s, and only two of them are still intact, both of them open to the public.

Cha Gorreana is the oldest tea plantation in Europe

Chá Gorreana is the oldest tea plantation in Europe.

The Chá Gorreana plant, like the nearby Porto Formoso plant, is located in the Ribeira Grande region, in the northern part of the island of San Miguel. Founded in 1883 it has been supplying highly aromatic and tasty teas for five generations. Today the plant focuses on traditional methods of tea leaf production and harvesting. No chemical pesticides are used in the cultivation of the bushes, so everything is completely organic . This would not have been possible without the favorable climatic conditions on the island. 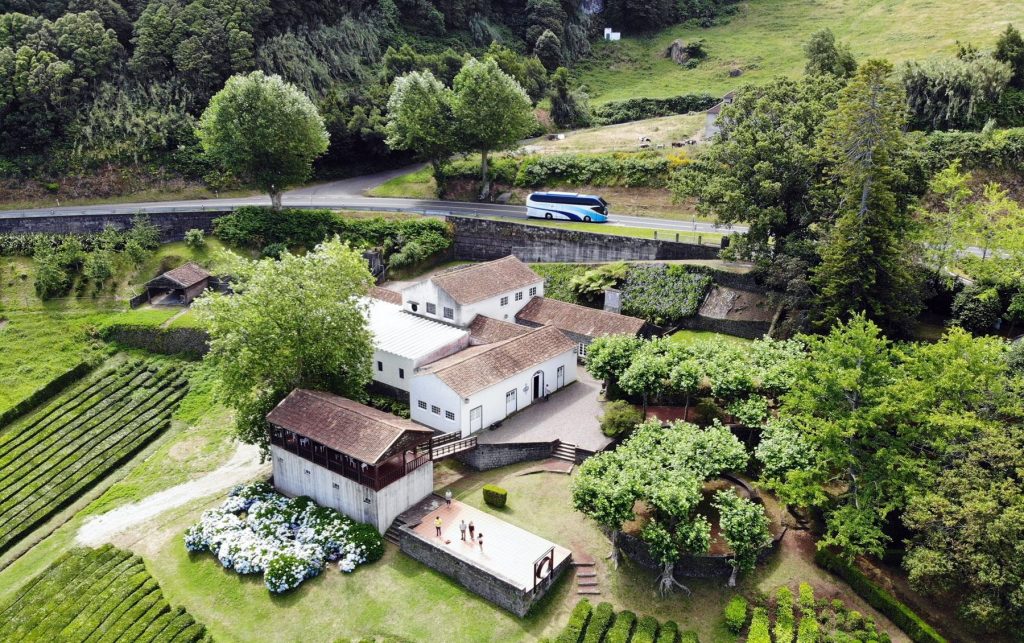 The factory de chá Porto Formoso is just a few kilometers from Chá Gorreana . Of the two, it is considered more convenient for its climatic location. The factory itself in Porto Formoso was founded in 1920 and operated until the 1980s, when it was abandoned and fell into disrepair. It was reopened only in 1998, when the new owner undertook a reconstruction of the territory and resumed the production of tea. Since 2001 the site has been open to the public.

Visiting this place you can see how tea production was in the past (similar methods and machinery are still used today), taste the fresh, delicious tea and admire the farmland that stretches along the slopes to the bay.

The Porto Formoso factory not only produces tea, but also tries to cultivate the tea traditions of the Azores. Numerous events are held here every year to remind people of the great heritage of the islands, which is this amber drink.

If you enjoy your trip to the Azores, be sure to come with us on our private itinerary that leads to the most beautiful parts of the archipelago. So unlike mainland Portugal, the islands themselves have a lot to offer anyone who decides to spend even a few days there. All you need to do is take a look at the list of things to see in the Azores to see if you think it’s the perfect place for a holiday (and more).

READ
Iceland with a Kid - Where to Go, What to See 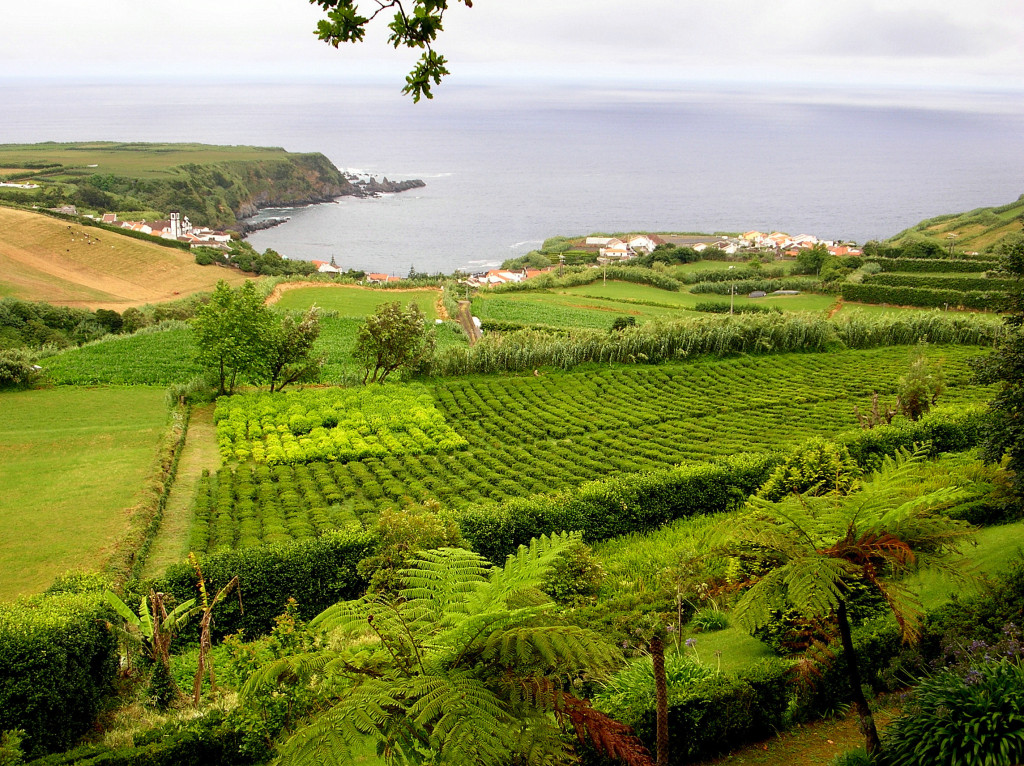 In the middle of the Atlantic Ocean, between Europe and America, the Azores grows tea that tastes just as good as the elite varieties of Chinese tea. The history of Azores tea goes back to the middle of the 18th century. Although no official documents were found, circumstantial evidence tells us that the Portuguese started growing tea in São Miguel in 1750 when the first seeds of Camellia sinensis were brought to the island. After a while, tea bushes turned green in various places on the island, and experts began searching for the best conditions for its cultivation. Test harvests of Azores tea were made in the regions of Capelas, Pico da Pedra, Ribeira Grande and Porto Formoso. The pickings were small (only 10 kg of black tea and 8 kg of green tea), but the quality was not bad and it was enough to keep experimenting.

Tea bush does not require much attention and care, the quality of soil and favorable climate are decisive for it, and this is what distinguishes the Azores archipelago from other regions of Europe. The soil in the Azores is soft, very fertile and rich in iron, the acidity varies between pH 7 and 5.

In 1878 the Azores tea plantations were supported by the regional organization for the promotion of agriculture. In the same year, two Chinese experts came to Azores from the Portuguese colony Macao and taught local specialists the secrets of tea leaf preparation technology. After all, growing a tea bush does not mean getting tea. Differences in taste, strength, richness and color of the beverage depend on additional factors: weather, time of harvesting, size and shape of the leaf and its subsequent processing. 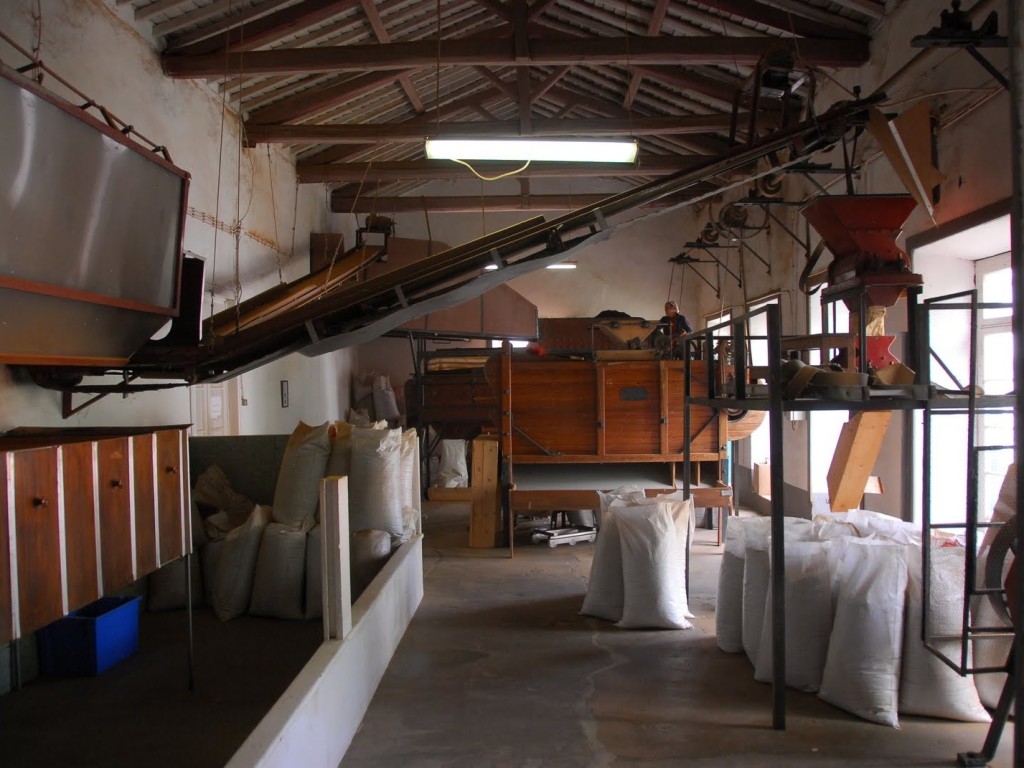 The best time to pick tea is between April and September. These are the driest months of the year, when the leaves grow slowly and absorb the maximum amount of flavor. The traditional technology, which has survived in Azores to this day, involves several stages. First the harvested tea leaves are dried, twisted, oxidized and fermented, followed by a final “drying,” and then sorted and packaged. Azores tea is very popular in Portugal and is exported to other countries. The best known brands are Goreanna and Porto Formoso. Goreanna cultivates 23 hectares of tea plantations. They harvest about 160 tons of tea leaves, which after processing turn into 40 tons of finished dry tea.

Both brands offer three types of black tea – Pekoe, Orange Pekoe and Broken Leaf. Goreanna also presents green tea Hysson – perhaps the most unusual and interesting of Azorean teas. Its taste is somewhat reminiscent of a light milk oolong. This tea is inexpensive and you can buy it practically in any store in Lisbon. It was hard to believe that the Portuguese, who were among the first Europeans to “discover” tea, would not have tried to cultivate tea bushes somewhere in their possessions. And, indeed, they did so in the early twentieth century in their African colony of Mozambique, and from the mid-twenties – in the Azores, or more precisely – on one of them, on the volcanic island of San Miguel.

By the middle of the 20th century, the tea plantation on this island had grown to 741 acres (about 300 hectares), but lack of experience and low technology created difficulties in production and the plantation shrank to 380 acres. In the 80s, with the help of specialists, a program of measures to upgrade and expand production and improve the quality of the product was developed, and the results are already evident in the fact that many tourists willingly buy this tea, but – rather as a souvenir from such an exotic “sliver” of Europe in the ocean.