Surrounded by a delightful baroque landscape in the style of French gardens, Troja Castle is one of the most beautiful among the historical ensembles on the outskirts of Prague and one of the most notable architectural structures in Bohemia, enjoying an enduring popularity among tourists.

As a summer residence it was the first to appear in the country estate of imperial margraves on the banks of the wilful Vltava River. Václav Vojtech Sternberg, who had traveled extensively throughout Europe, an admirer of Italian culture and a follower of the traditions of Roman architecture of the late Middle Ages, decided to recreate a piece of Rome on the outskirts of Prague, for all times the Eternal City, by building a castle for his family in the style of Italian country villas, immersed in greenery. The count invited the best European architects, painters and sculptors to create and decorate the future castle, and Jean-Baptiste Mathey, a French immigrant, was entrusted with the management. The Trojský Chateau, which was built from 1679 until 1691, was to serve not only as a resting place for the members of one of the richest and most influential families in Bohemia, but also as a royal hunting lodge for the Emperor and his entourage. 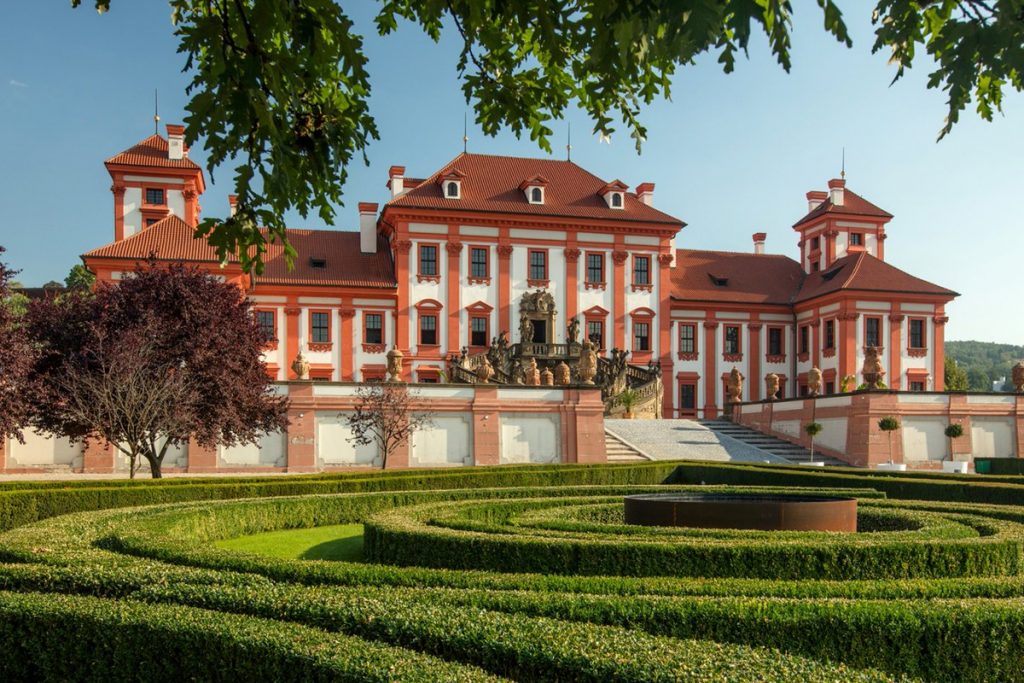 With the completion of the construction work, a beautiful garden was laid out on two levels with fountains and arbors, with terracotta vases and many statues. Walking today along the paths of the natural labyrinth, the hedges in the eastern part of the park, ornamental and fruit trees, and a small vineyard attract attention. The park grounds include a greenhouse for thermophilic exotics, the St. Clara Chapel, and an old stable with painted walls. The garden is recognized as one of the most beautiful gardens in the city and offers magnificent views of Prague Castle. And the atmosphere is still very much of the city’s golden age.

The luxurious grand staircase (where visitors love to take pictures), leading from the garden to the castle, is full of statues-allegories from ancient times, in which the images of continents and seasons are embodied, and busts of mythological characters from Homer’s Iliad. This unusual decoration of the staircase, which somewhat resembles the baroque staircase in the Fontainebleau Palace, probably gave the castle, and later the district adjacent to Prague, formerly called Zadni Ovenec. 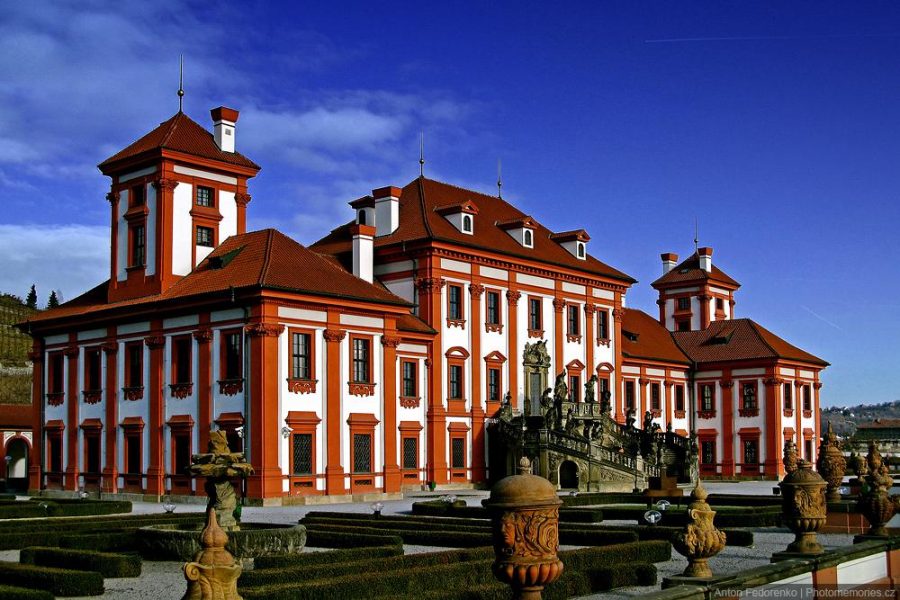 This monumental entrance leads to the 2nd floor to the Imperial Hall, the value of which lies in the unique ceiling and wall paintings. The glorification of the ruling family, especially the scenes of the battle between the Austrian armies and the Turks in 1683 near Vienna and the celebration of the Habsburg victory are the main themes of the castle frescoes. The count thus honored the glorious dynasty and hoped that Emperor Leopold I (who had not fought in the battle but had visited the castle in 1702) would visit it. What makes this hall unusual, however, is the interesting way in which its form and appearance change depending on the angle of view, i.e. it is an optical illusion. 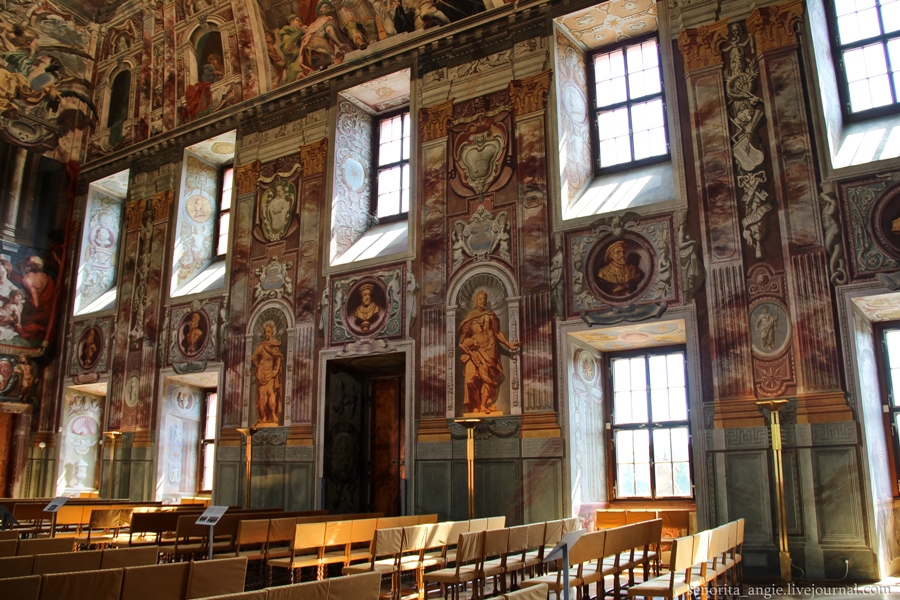 Some of the rooms in the northeast wing of the Danube are painted in oriental style by an unknown master and are referred to as “Chinese” rooms. They were also used as tea rooms, furnished with ceramics and objects unusual for Europeans, considered the pride of the collection.

Aristocrats of the noble Czech family were the owners of this magnificent summer palace for a little less than a century (although even today several castles in Bohemia belong to the Sternbergs). In 1763 the Empress Maria Theresia became its mistress, and an institute for the education of noble maidens was opened within the walls of the palace. In the following decades, the owners of the palace changed from time to time, without giving proper care to the palace and park ensemble, until Alois Svoboda, a philanthropist and entrepreneur, in 1922 transferred the decaying building together with the land to the state, but on the condition that they would be used by the city authorities exclusively for the benefit of the society.

Years later, a zoo was built across the street to the west and a wonderful botanical garden a little further to the east. After extensive restoration work in 1977-1989, the castle became a museum and one of the beautiful sights of the Czech capital (accessible by subway) and was opened to the public. Within the walls of the Troja Chateau, in addition to permanent exhibitions, the galleries of Prague exhibit sculpture and paintings of Czech artists of various genres and periods. Sometimes cultural events and concerts are held there, and sometimes the castle and the area around it are used as a location for filming. And in the basement there is a functioning wine museum. In the courtyard, a monument to Jan Hus, the thinker and preacher and ideologue of the Reformation in the country, was erected in 1926 and is still standing. 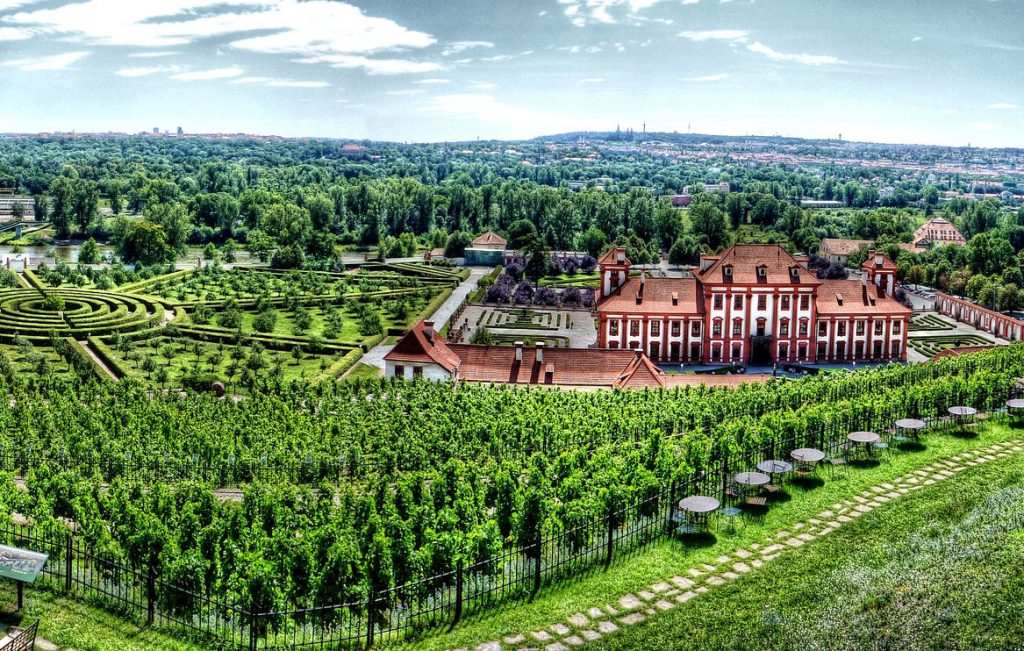 In 2009, Madonna rented the castle for a beautiful celebration for one of her sons. The castle is often used for celebrations and wedding ceremonies not only by celebrities, but also by the wealthy, and the colorful views of the park are perfect for photo shoots. Every year in August and September the food parades take place in the park, where the best chefs cook and offer the guests to taste dishes from the chefs, and the master-classes on their preparation are held for all comers. Not only tourists like to come here, but inhabitants of Prague too. And not only on holidays.