The most interesting sights of the Turkish Aegean Riviera

Warm, turquoise and clear waters of the Aegean Sea and a beautiful sandy beach is not everything when you vacation in the Aegean Riviera, especially since this region is full of amazing places and stunning natural beauty. Not without reason the Aegean coast is called the “green” Turkey, and hot tours here go by leaps and bounds.

What is worth seeing in this region? The Aegean coast region offers many attractions for tourists who, buying a tour to Turizia, prefer to combine an active holiday with sightseeing and exploring historical sites.

The Ancient Ruins of Ephesus

Ephesus is an ancient city which, according to legend, was founded by the Amazons. In ancient times it was the most important port of the Mediterranean Sea. You can admire the whole monumental complex of historic buildings, including the remains of the Temple of Artemis, one of the Seven Wonders of the World. The ancient theater is still used during the annual music festivals in Ephesus. In 2015, the ruins of Ephesus were inscribed on the UNESCO World Cultural Heritage List. Ephesus is also a special place for Christians because Mary of Nazareth lived and probably died here. 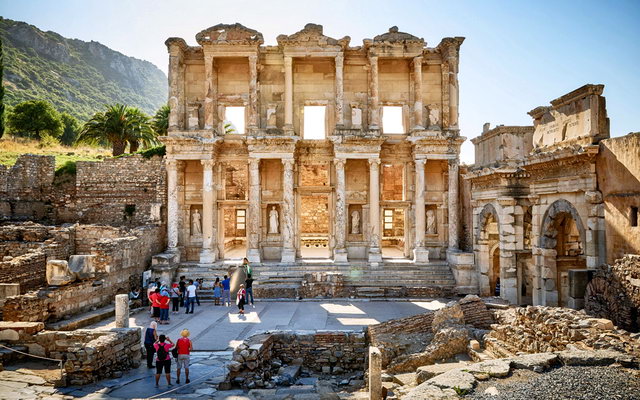 Pergamum is known for the ruins of the ancient city located on a hill overlooking the city of Bergama. The area has also been a UNESCO World Heritage Site since 2014. The city was an important center of parchment production. The ruins of Trajan’s temple remain here from the time of the Roman Empire 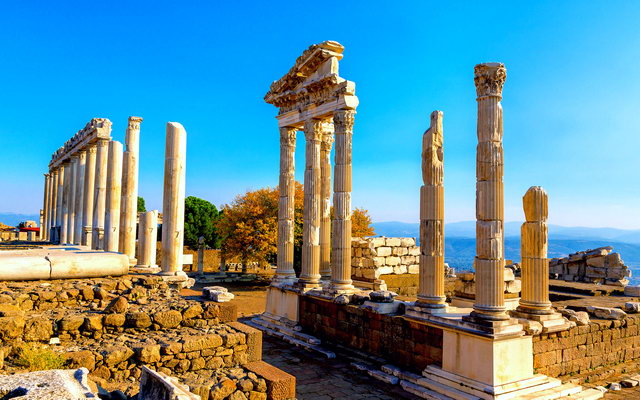 Holidays with Homer in Izmir

Izmir, once known as Smyrna, is considered the birthplace of Homer. Unfortunately, tourists are not impressed by monumental monuments, because the entire center of the city was destroyed by fire after World War I. The remnants of ancient splendor can be admired only in the local Museum of Archaeology. In Izmir tourists are welcomed by thermal baths, which are said to have helped warriors from neighboring Troy recover. A symbol of the city is the Clock Tower of 1901, located in the heart of the city. At the beginning of our era, Smyrna was then an important Christian center and is listed in the Apocalypse of St. John as one of the Seven Churches.

READ
10 places and things not to miss in Sharm el Sheikh, Egypt 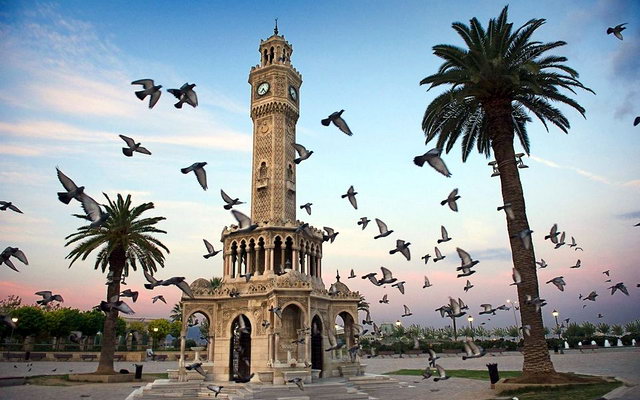 The fabulous Oludeniz Lagoon is admired by everyone who rests above it, no matter if it is their first time here or next time. The view of the lagoon is simply breathtaking, as it is surrounded on three sides by high mountains and has crystal clear turquoise water. The incredibly beautiful color of the water makes this part of the coast known as the Turquoise Coast. The name of the lagoon means Dead Sea, as there is no wind or waves in the bay. Its calm waters create the ideal conditions for an all-inclusive vacation for families with children. The long and wide beach in Oludeniz, although covered with fine pebbles, is one of the most popular in Turkey and awarded the Blue Flag certificate. The pebbles do not interfere with sunbathing, and the water in this place is always warm. 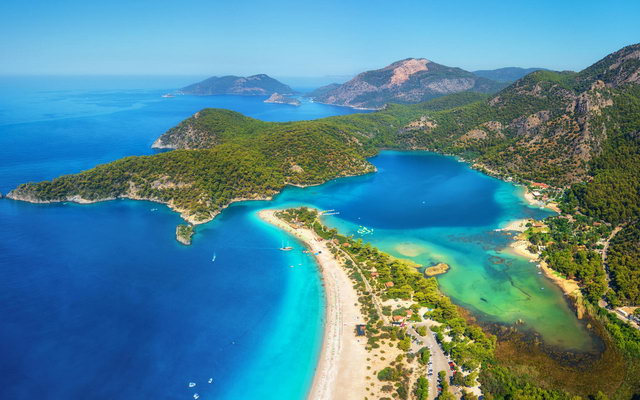 Butterfly Valley is a beautiful place, located on the shore of a bay near the resort of Oludeniz. The valley stretches at the foot of Mount Babadag (1969 meters above sea level) between the 300-meter walls of the picturesque gorge. It is a unique valley, which owes its name to the numerous butterflies that can be found here. From June to September it is covered with many species of extremely bright butterflies. Among them are 40 nocturnal and 30 diurnal species with the beautiful striped tiger butterfly. The picturesque waterfall, flowing down a high slope, and the golden beach create a spectacular, almost postcard-perfect view. 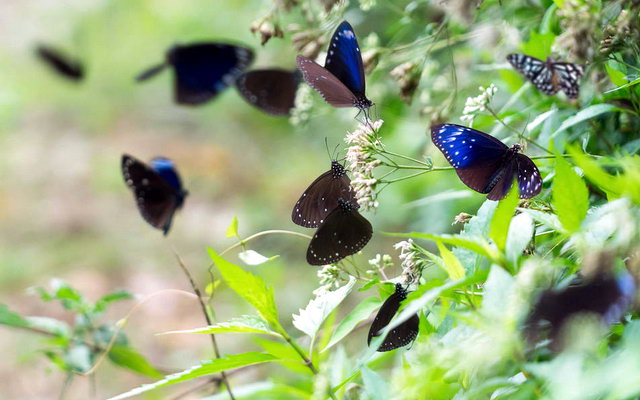 Among nature lovers and especially ornithologists, it is known as a fantastic place to watch pelicans and flamingos. 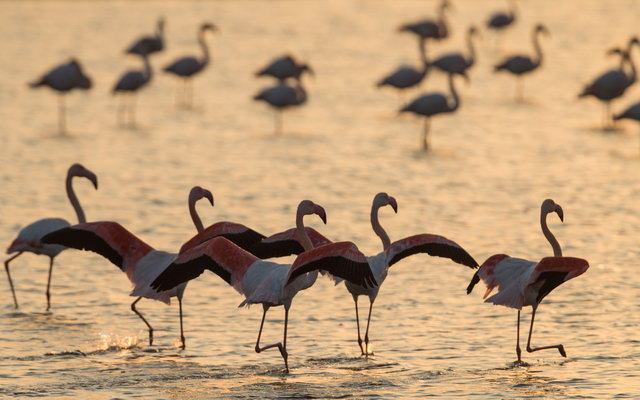 This is one of the deepest canyons in the world, crossing the White Mountains, whose name means “hidden city” in Turkish. The canyon is very narrow and steep in places. It was hollowed out by water flowing through the centuries between the rocks. The sun’s rays do not reach the lower parts of the canyon, which is 300 meters deep and has very steep walls. This means that even on the hottest day the canyon is cool, and the water in the creek that runs along the bottom is always icy. Of the 18-kilometer canyon, only the 6-kilometer portion of the canyon is accessible to tourists, and it is still a challenge for the brave and hardy. In winter, because of the high water level in the canyon, it is difficult to pass through it, so you can enter it only in summer when the water recedes.

Where in Turkey is the turquoise sea and white sand

Turkey – a very beautiful and comfortable country for recreation. Its shores are washed by 4 seas. However, not every beach in Turkey is convenient to swim, enjoy the sea and take beautiful photos. For example, the rocky coast of the Aegean Sea is unlikely to please everyone. Another thing is the golden sandy beaches with turquoise water. It is not afraid to get hurt in the water of the stone or not to see the sea urchin, and children can easily build sand castles. So where in Turkey is the turquoise sea and white sand? In this article I will tell you about the best beaches in Turkey. 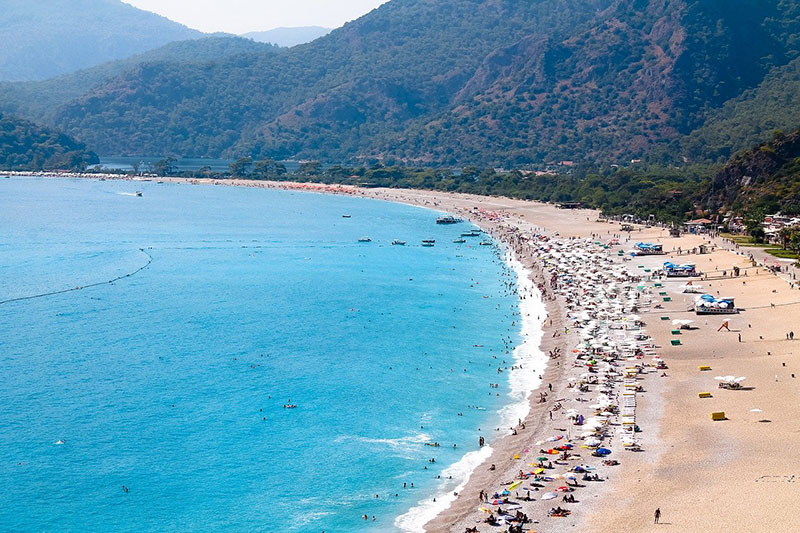 The Blue Lagoon beach is located in the resort village of Ölüdeniz, near Fehtiye. It is formed where the waters of the Mediterranean Sea and the Aegean Sea merge.

This coastline is part of the Oludeniz National Park. Entrance is from 8:00 am to 8:00 pm. The area is guarded. You need to buy a ticket to enter the park. Price: 8 Turkish Liras.

The Blue Lagoon is 1000 m long. The entrance to the sea is smooth, although the bay itself, closer to the mountains, is deep. You can get a closer look at the beauty of the bay on a catamaran. With it you can see the rays of the sun, going deep into the turquoise sea, and take incredible photos. The coast is sandy, but in some places there are small stones.

Sun beds and umbrellas – for a fee. There are cafes, buffets, toilets and showers in the park.

How to get to the Blue Lagoon

If you rest in Fechtia, you must take a cab or minibus (dolmush), which passes near the bus station (otgar), opposite the supermarket Correfour. There you must vote for any shuttle bus marked Fethiye-Ölüdeniz. The last stop is near the National Park.

READ
6 amazing things to do in Goulburn, Australia

Go to the shore of the Blue Lagoon as early as possible, because the territory of the reserve is limited, and during the hot season, there are thousands of people who want to visit the beach.

Kaputash Kash is an incredibly beautiful wild beach. Its length is only 200 m. It is located on the shores of the Mediterranean Sea – between the two popular tourist villages of Kalkan and Kas, about 85 km from Fehtiye. 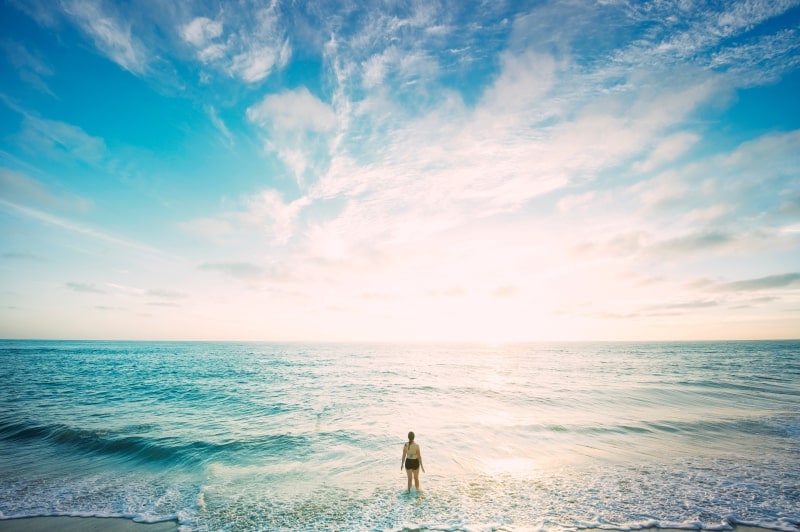 This is how it sometimes happens on Turkish beaches

Surprisingly, Kaputas Kas is located right under the D400 highway. The coast is surrounded by rocks and the sea. Formerly you could get here only by yachts and boats, but today you have to go down steps to get to the turquoise sea with white sand.

How to get to Kaputas Kas

There are buses from Fehtje to the village of Kas. Find out the schedule at the otogar (bus station) or look at the website of the bus station and go.

There are dolmushi from Kash and Kaputan every 30 minutes. Travel time is just 10 minutes.

Patara Beach is the longest beach. Its length is 17 km of clean beach with white sand. It is located in the village Gelemish, 40 km from Kas and 70 km from Thetie. 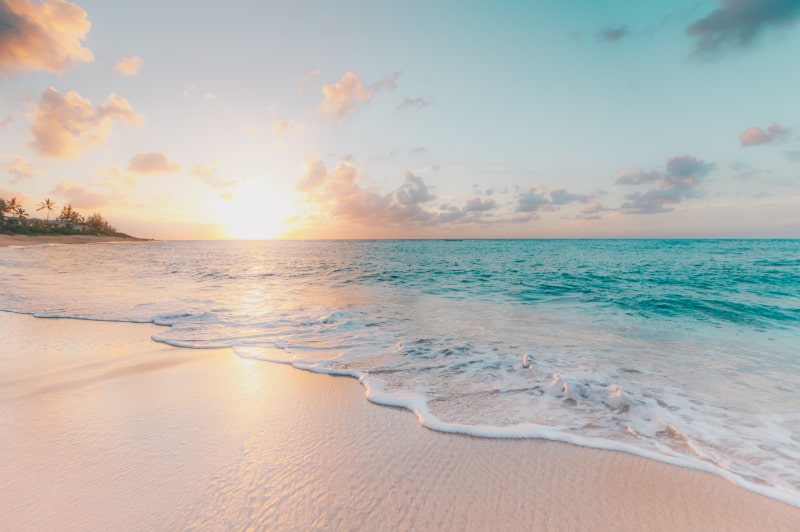 Patara beach is included in the list of Protected Areas of Turkey, so there are no hotels and other constructions.

From May to June, Caretta Caretta turtles lay their eggs, and from June to July they hatch from them.

In addition, almost all the coast is the territory of the ancient city of Patara, the ancient country of Lycia. The area is just dotted with ruins.

How to get to Patara beach

READ
The World's Most Extraordinary Hotels

Most tourists get to Patara by buses from the bus station on the Vehti-Kash-Kalkan route. From there they leave every hour.

Ilica Plaji is a beautiful beach in the Aegean Sea resort town of Cesme, 100 km from Izmir. Its length is 2 km.

It has a pure turquoise emerald sea and white fine sand.

The beach is public, with free access. Of facilities are toilets, showers, sunbeds, cabins for changing clothes, but everything is paid.

How to get to Ilicja

You can take a bus from Izmir, Otogar or Uçkular Park to Cesme. Then take a cab or a dolmush.

Cleopatra Beach is the most popular beach 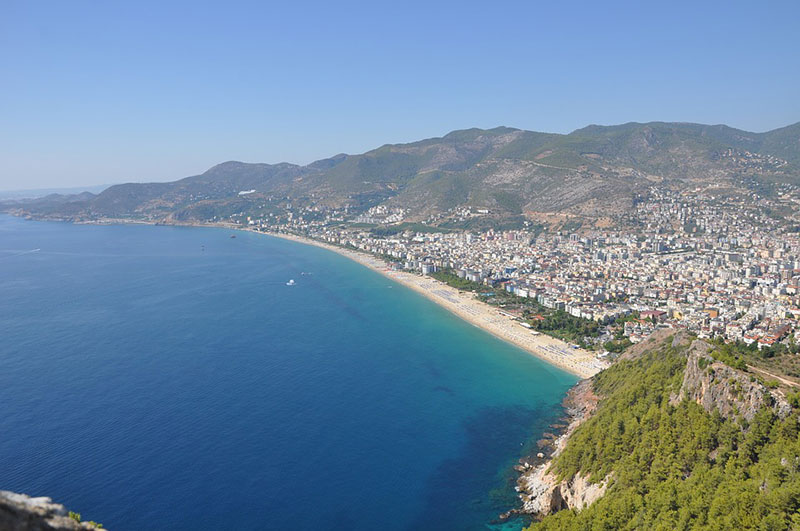 Cleopatra Beach is located in Alanya and is considered one of the cleanest, for which it received the Blue Flag (international designation of cleanliness and safety). The sand here is white and has a unique structure, similar to only Egypt.

The beach is surrounded on three sides by the Torro Mountains. This protects the beach from the winds and strong waves.

The beach has everything you need: cafes, showers, toilets, changing rooms.

How to get to Cleopatra beach

Tourists staying in Alanya, not far from the bay, can be reached on foot. Orient yourself on the main street, Damlatas. Move towards the traffic, reach the intersection at the end of the street. On the right you will see the museum. The beach is on the left side of the museum, 200m away.

The second option is to take minibus #1. It goes along the beach.

Iztuzu – not turquoise, but with turtles

Iztuzu is a paradise where the Dalyan River meets the Mediterranean. The water here is a deep blue color and the shore consists of a spit of fine yellow and white sand. 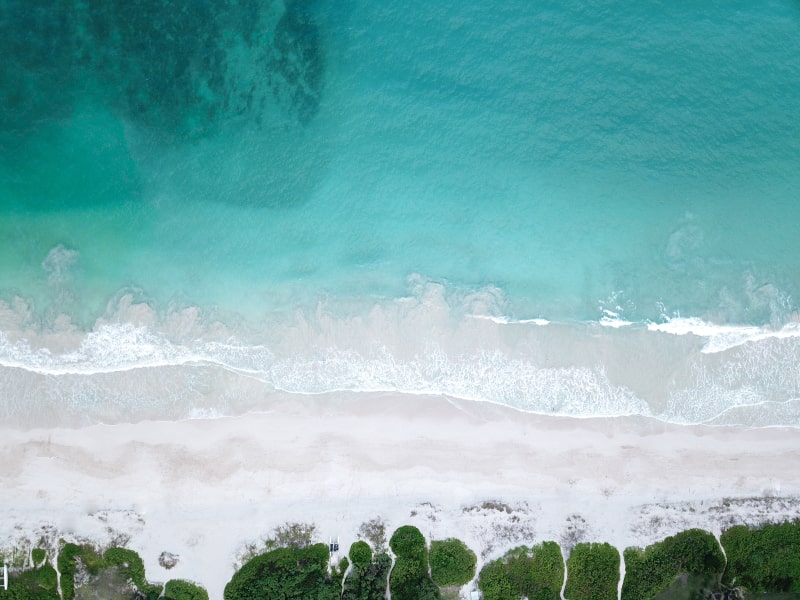 A view of the Turkish Serhu beach

The coastal area is also part of Turkey’s protected areas, as turtles lay their eggs here en masse. Rest in the reserve is quiet, peaceful, without noisy restaurants and bars. However, visitors to the harbor have the opportunity to enjoy the clearest sea water, fresh air, admire the mountains covered with conifers and see rare blue crabs.

How to get to Iztuzu

You can get there from Dalyan by boat, which leaves daily from the pier. Tourists vacationing in Marmaris have the opportunity to buy a tour to Iztuzu Beach at the hotel or any travel agency.

The second option is to reach the left southern part of the bay by car from Dalyan. It is only 12 km.

The incredible combination of sea and mountains with coniferous forests will stay in your memory for a long time and the memories of your vacation will warm your soul until your next vacation.

There are many places in Turkey, where there are turquoise sea and white sand. And each of them will charm you and give you an unforgettable experience.