Savona – the port city on the Ligurian coast of the Mediterranean Sea, the capital of the province of the same name on the Italian Riviera. Savona’s unexpectedly elegant medieval center is worth a walk for half a day through the city. The Baroque cathedral (Cattedrale di Nostra Signora Assunta) and the Fortezza del Priamàr are among the architectural sights that have miraculously survived the destruction by the Genoese forces in the 16th century. The Pinacoteca Civica Savona holds an important collection of ecclesiastical paintings, including the masterpiece Modonna and Child by Taddeo di Bartolo (14th – 15th centuries) and two works by Picasso.

One of the most famous residents of Savona is the navigator Christopher Columbus, who had his farm in Savona. “Columbus House” is a small house in the hills of Savona, surrounded by fruit trees, where Columbus spent most of his life. It is one of several residences in Liguria associated with Columbus.

From the port of Savona, there are 6 to 7-hour ship trips to watch whales (departing at 10 a.m. from July through September).

Medieval Savona retains remnants of its former prosperity from the 15th to 16th centuries, the time when the pope was from Savona, from the spmilla Della Rovere. Next to the old town of Savona there is a modern development with trendy attractions.

The Pinacoteca Civica di Savona is one of the finest galleries of ecclesiastical paintings in Liguria: wood paintings, opulent polyptychs, ceramic vases and wooden sculptures from the 14th century to the present day.

Near the Rocca di San Giorgio is the Fortezza del Priamàr . It was built by the Genoese in 1542 after their conquest of Savona, on the site of an old cathedral. It was later used as a prison and for military purposes. Many soldiers of the defeated Bourbon Kingdom of the Two Sicilies, who refused to betray their country, were exiled to Fort Priamar. Among them was Adjutant Joseph Santamartino, who defended the fortress Civitella del Tronto. After the fall of the fortifications at Abruzzo, Santamartino was tried by Piedmont and sentenced to death. Under pressure from the French, the death sentence was commuted to imprisonment in Savona for 24 years. Shortly after his arrival, one night later, he was found dead, leaving his wife and five orphaned children behind. It was believed that he had tried to escape. But this was only one of the suspicious deaths in the fortress that were never investigated. The Republican patriot Giuseppe Mazzini was also imprisoned in the fortress by the Dukes of Savoy.

READ
Barcelona. Sensual journey through the capital of Catalonia 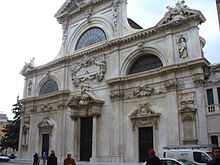 The Cathedral of Savona (Cattedrale di Nostra Signora Assunta) is remarkable for its carved wooden chairs in the choir, dating back to the 16th century.

Next to the Cathedral is the Cappella Sistina (1480 – 1483). It houses the mausoleum erected by Pope Sixtus IV in honor of his parents, Leonardo Della Rovere and Luchina Monleone. Construction was commissioned by Giovanni d’Arias and his brother Michel. The chapel is similar in appearance to the chapel dedicated to Cardinal Pietro Riario in the Basilica of Santi Apostoli in Rome. After years of deterioration, the chapel was restored by the Genoese Doge Francesco Maria Della Rovere in 1765-67. During the restoration, Rococo elements were added to the chapel and the ceiling was painted by Paolo Gerolami Brusco.

Opposite the Cathedral is Palazzo Della Rovere, built by Cardinal Giulio della Rovere (the future Pope Julius II) and designed by Giuliano da Sangallo as a university.

The old towers that miraculously survived the 1528 war with Genoa are: the Campanassa (Tower of the Commune, where the peace declaration of Savona was signed in 1191), the Corsi and Riario towers, “Torre Ghibelline”, and Torre della Quarda (also known as “a Torretta”), in Leon Pancaldo Square. 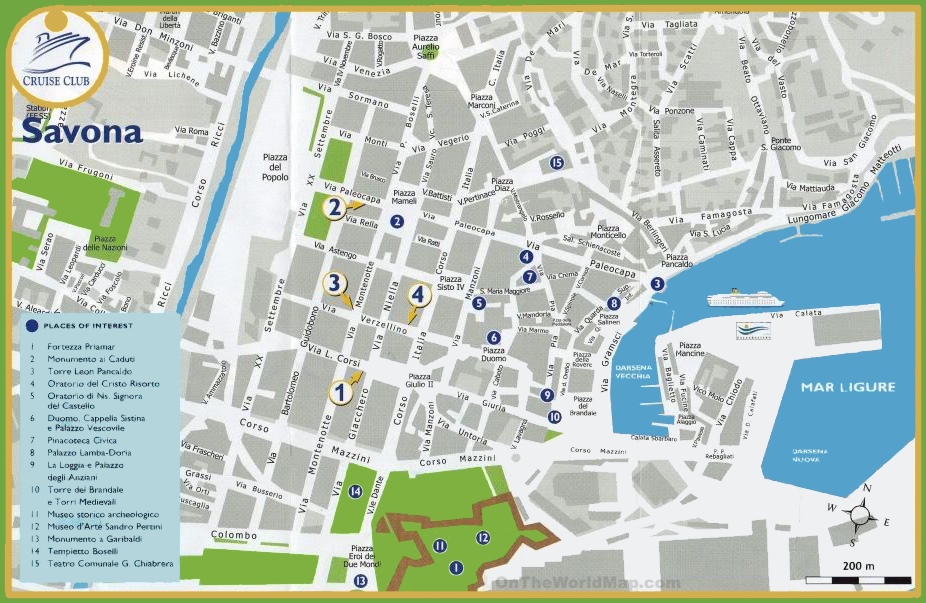 The Savona area is easily reached by train, but change trains in a few minutes because the Italians like to cancel trains or find trains an hour and a half late. You never know…

By train to Savona:

There are trains from Genoa, Turin, Milan, Nice, Monaco and surrounding cities. For example, you need to be in Savona in the morning. The following options will suit you (timetable as of January 2017):

READ
Quick guide: how to have a luxurious vacation in Lido di Jesolo, the province of Venice