The 12 most beautiful villages of Crete, Greece 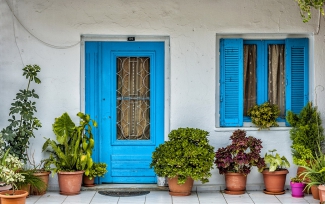 There are more than a thousand villages in Crete, the locals are all very passionate about their small homeland and consider it the best and most beautiful. To argue with them on this subject is not only senseless, but in some cases, it is even unsafe. Difficulty.net decided to dedicate several articles to the topic of small Cretan villages.

The first of them is just a short list (“mast-si”) of the villages, which are considered the most beautiful and popular among the tourists and which should be visited first of all in Crete.

The best way to travel around such a big island as Crete is by renting a car.

You can find and book a car for your trip to this Greek island here:

(the largest search engine-aggregator of leading car rental companies provides comprehensive information on price, car equipment, insurance and other things. It remains to choose the best offer for you in terms of price/quality)

Bali is a small fishing village located about 30 km from Rethymno and 50 km from Heraklion, the main city of Crete. Bali is considered one of the best places in Crete for a quiet family vacation. Among the main attractions are the natural ones: the incredible mountain views, the secluded bays and the quality beaches. The beaches in Bali are small but very clean, and especially for those vacationing with children, there are small water slides. In addition, you can rent a boat, catamaran, jet ski, small yacht or go scuba diving. In the evening, almost every restaurant in Bali for guests sounds live music. Hotel prices: from 50 euros per night for two (in August the price may be 10-15% higher), the average cost of dinner (three meals, not including drinks and alcohol): from 25-35 euros per couple. Getting there: There is a direct bus to Bali from the central bus station in Rethymno. Ticket price: 3,5-4 euros. From Heraklion central bus station: 4,5 euros. By cab from Rethymnon: 20-25 euros.

READ
10 abandoned places on earth unknown to anyone 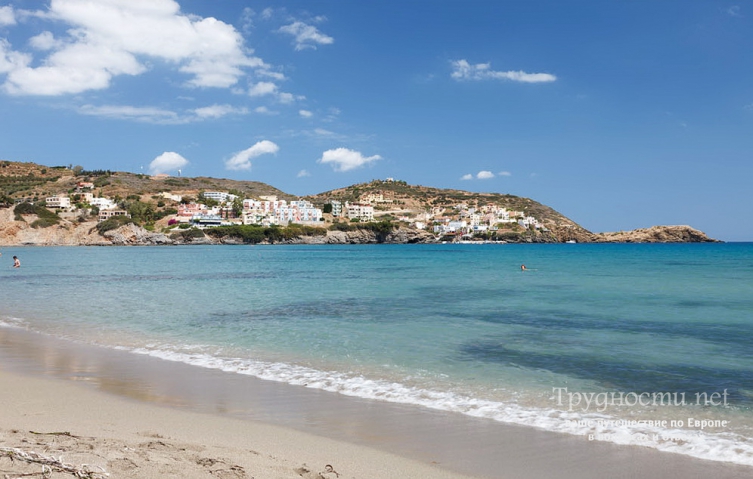 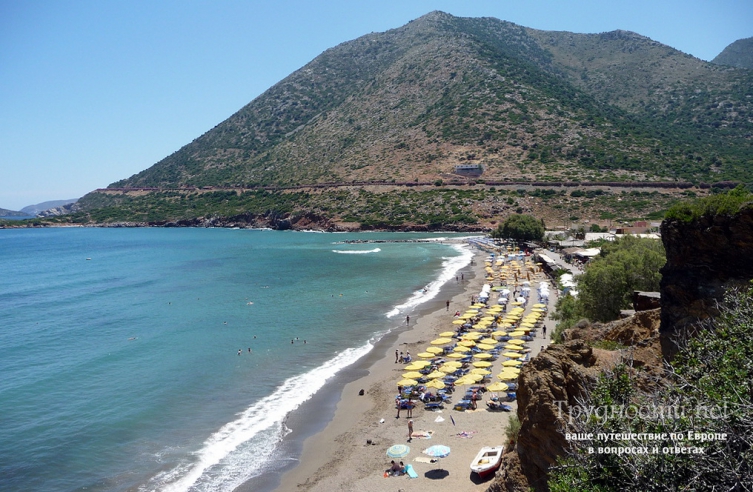 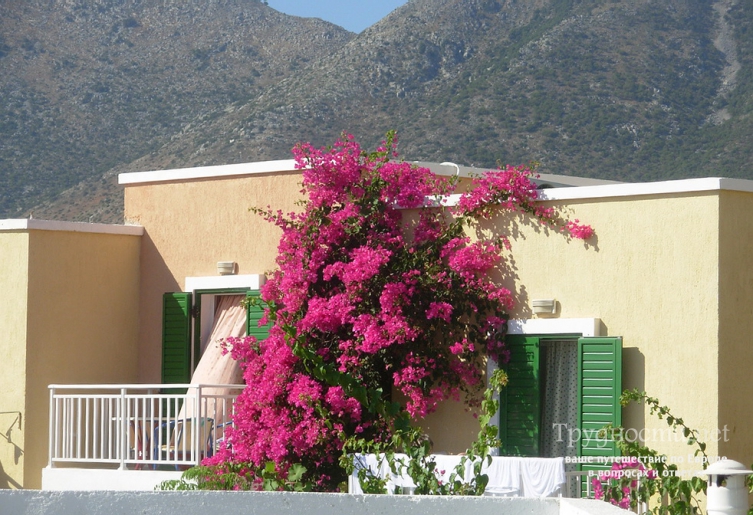 The village of Georgioupoli (Greek: Γεωργιούπολη) 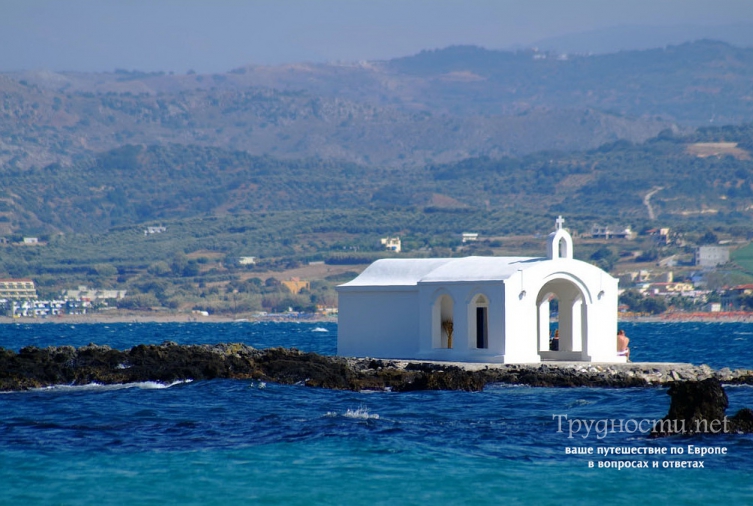 The village is about 35 km from Chania and 20 km from Rethymnon. It is known for its long sandy beach, one of the most beautiful in Crete. Moreover, there is a mouth of the river Almiros and a small harbor with colorful fishing boats. Swans, ducks and small turtles live in the river. However, the main decoration of Georgioupoli can be called a Chapel of St. Nicholas, which is located 150 meters from the coast and is connected with it only by a thin stone path, so you can reach it only when the sea is almost dead calm. Locals say that such a long and difficult way to the temple helps people realize what they really want. Prices for hotels in Georgioupoli: from 36 euros for two people per night, prices in restaurants from 20-25 euros for two people. How to get there: from Rethymnon central station by bus 2,5-3 euros, from Chania the ticket price is 4-5 euros. 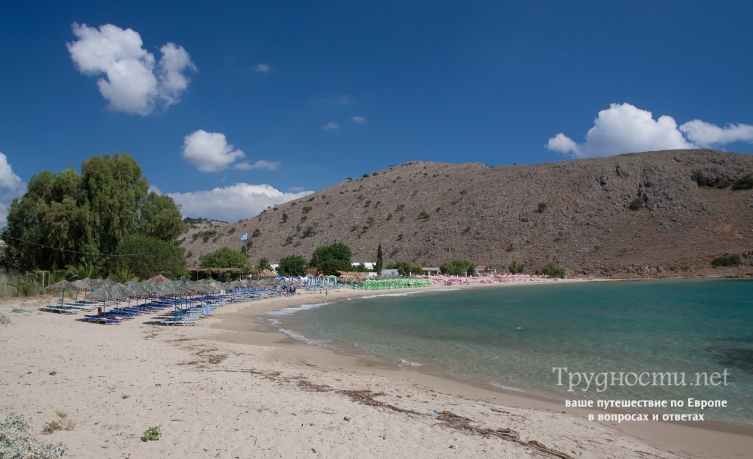 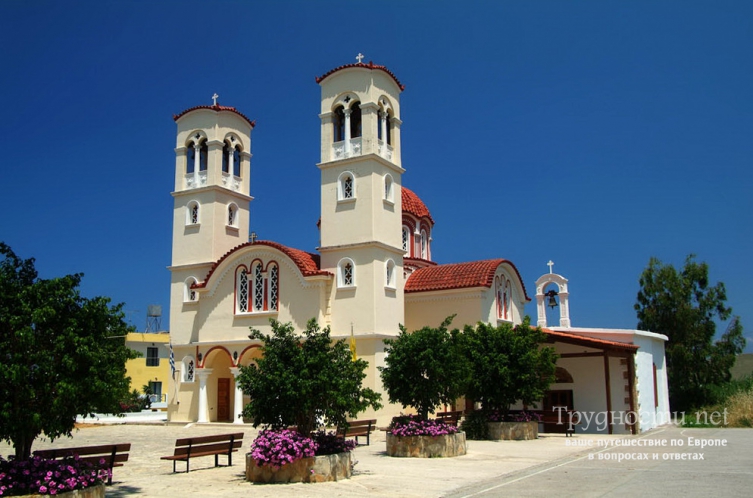 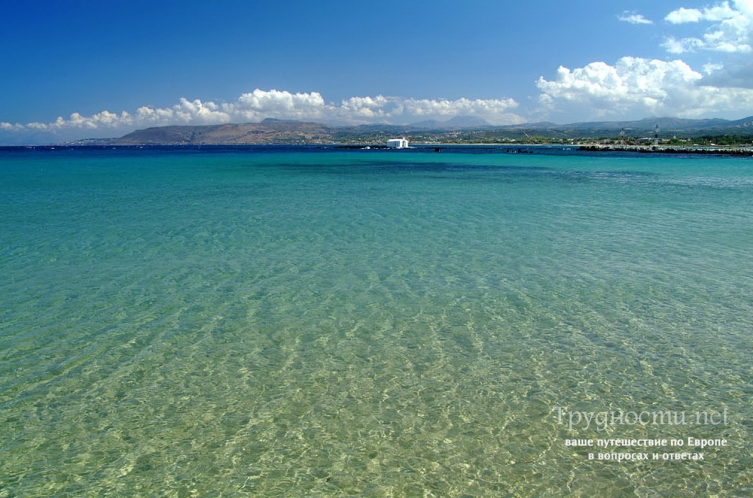 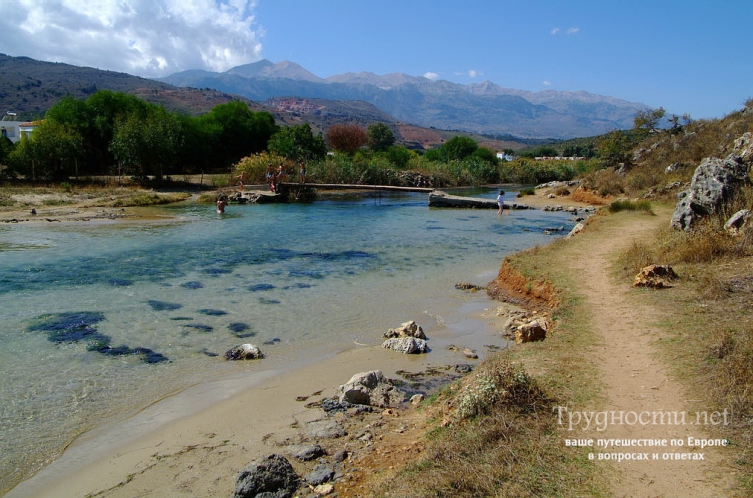 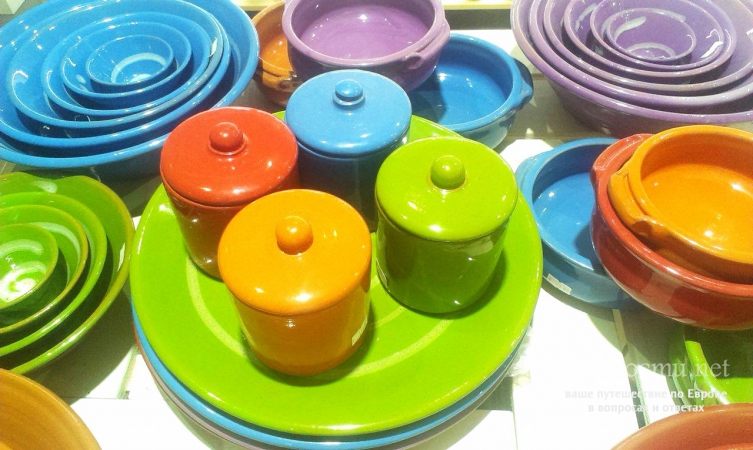 The village of Margarites is located about 20-27 km from Rethymno and is known not only on the island but also throughout Greece for its unique pottery. The art of pottery has been handed down from generation to generation and excursions and workshops are organized especially for tourists at the local workshops. You can buy your favorite piece immediately after the “open class” or in one of the many souvenir stores. In addition to ceramics, Margaritas is famous for its unusual architecture: in the village and its surroundings there are houses and churches from the Venetian era. Prices for hotels: from 30 euros per night for two people, to eat in a restaurant: from 15 euros for two people, ceramic dishes from 4-5 euros per plate. How to get there: by bus from Rethymnon 2,5-3 euros + 10 minutes walk, or by cab from 15 euros. 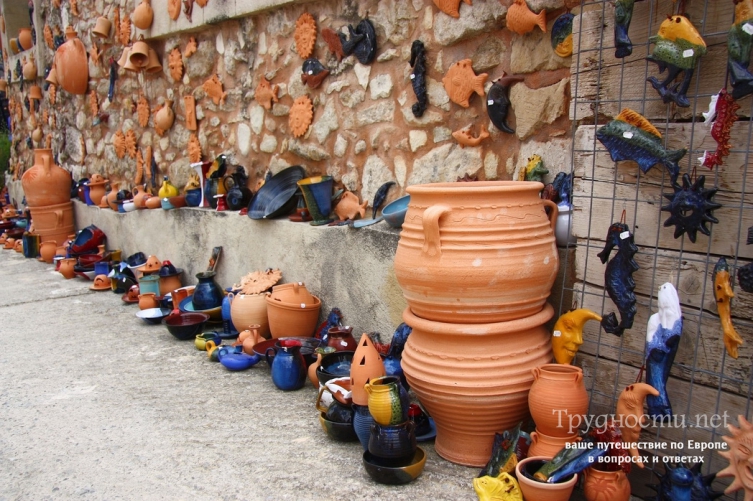 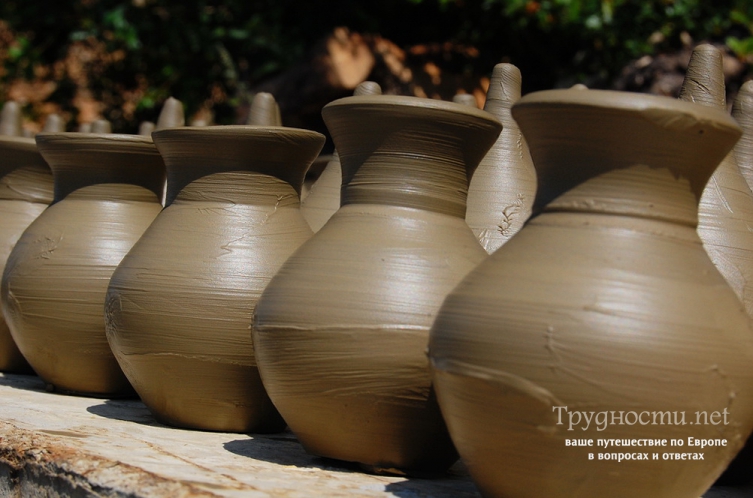 The village is located about 25 km. from Heraklion and 45 km. from Rethymnon, but is landlocked. However, while it has no beach, it is just as beautiful as the other villages of Crete. Fodele has many vineyards and olive, orange and lemon groves, while it is supplied with water by the picturesque River Pentomentris. However, the main attraction of the village is the house-museum of the painter El Greco, who lived here for several years with his family. It is worth bearing in mind that in the museum there are copies of paintings of the famous master. Cost of accommodation: from 25 euros per night, average restaurant bill: from 18 euros for two persons. How to get to Fodele: from the central bus station of Rethymnon the ticket costs 3-4 euros, from Heraklion by bus 4-5 euros, from Rethymnon from 20 euros by cab. 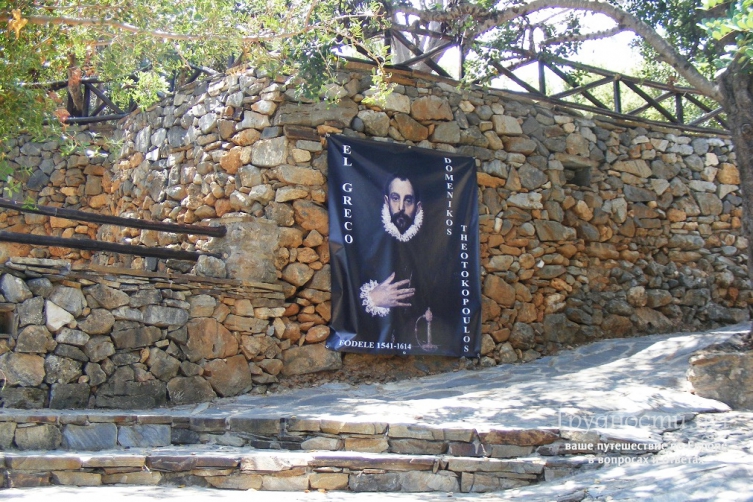 The village is located on the south coast of the island, about 80 km from Heraklion and 90 km from Rethymno. Matala is above all known for the fact that according to Greek mythology, Zeus carried the Phoenician princess Europa as a bull and also for the numerous caves, once used as a burial place. Interestingly, it was here in the 1960s that hippies from around the world lived in these very caves, among them such famous musicians as Bob Dylan and Joni Mitchell. Today, no one lives here, and the caves are open to tourists year round (ticket price €3). Prices: average bill in a restaurant 15-20 euros, the cost of living: from 35 euros per night. Getting there: From the central bus station of Heraklion, the ticket costs 7,80 euros. By cab: 65-70 euros. 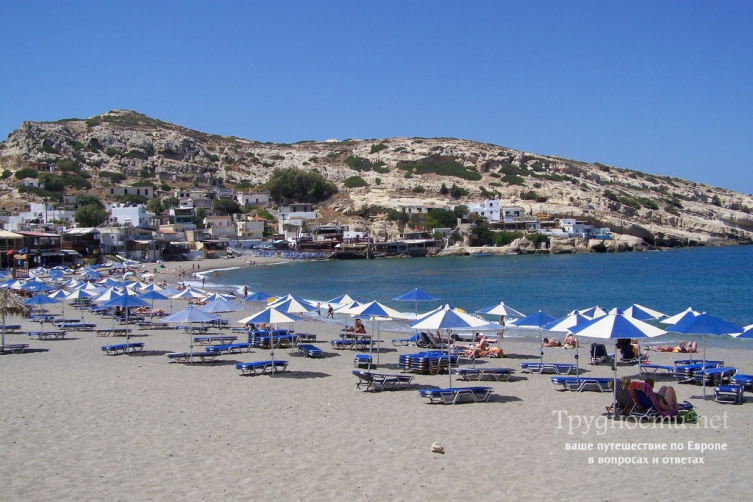 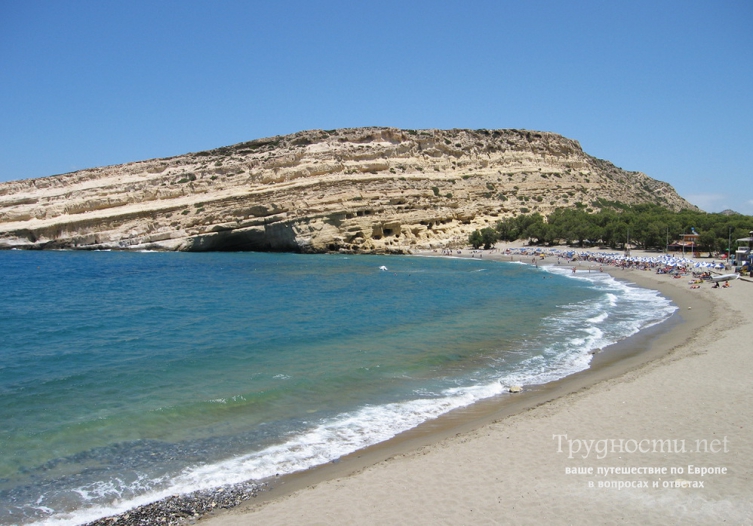 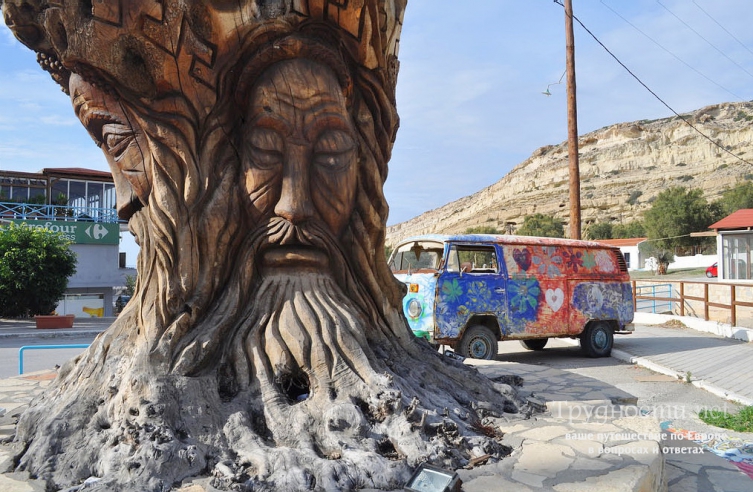 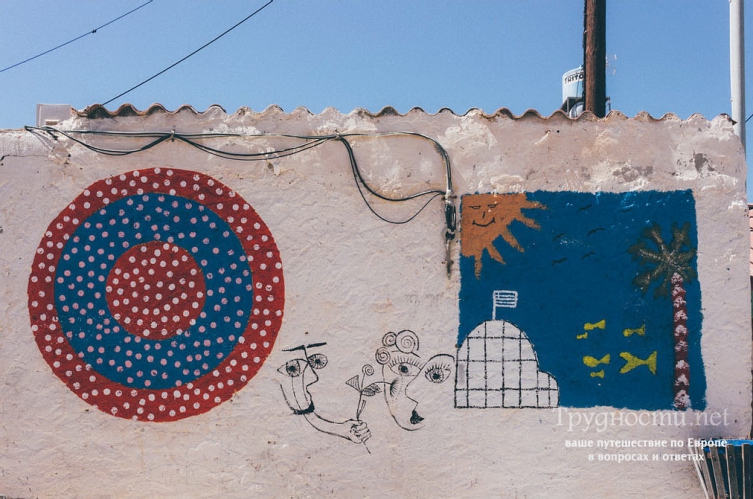 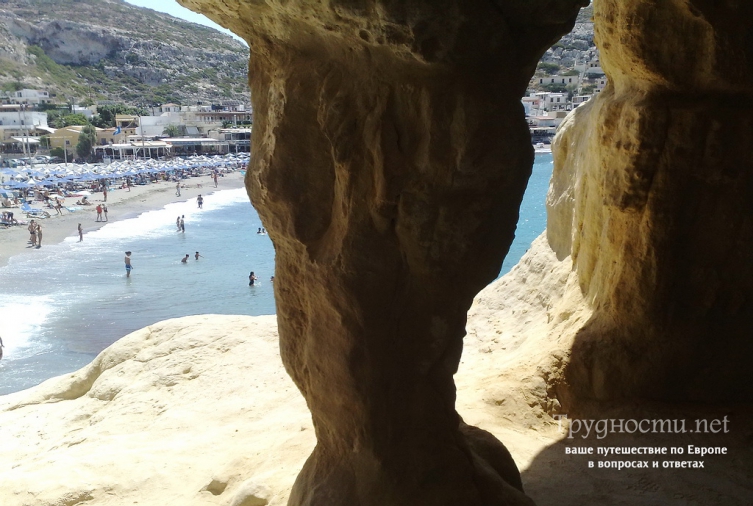 Chora Sfakion, or the village of Sfakia (has two names) (Greek: Χώρα Σφακίων)

This small fishing village, with only 400 inhabitants, is located on the south coast of the island, about 75 km from Chania. Among the main attractions are: the archaeological park with the remains of an ancient Venetian fortress, the several caves and one of the most beautiful beaches of Crete – Sweetwater Beach (Glyka Nera) with several freshwater springs coming right out of the ground. The place is very quiet and secluded and is ideal for a quiet family holiday. The price of accommodation: from 35 euros for two people per night, but if you want to save money, it’s easy to find a house right there – the locals are particularly favorable to couples, and sometimes very comfortable accommodation can cost you just 20-25 euros per day. Average bill at a restaurant: from 15-18 euros. How to get there: by bus, which departs every day except Sunday from the central bus stop of Chania. Ticket price: 7,5 euros. By cab: about 75-80 euros.