The 10 most beautiful places to visit in Croatia

Dubrovnik is a true gem of the Adriatic. This beautiful town can be found on the covers of almost all travel brochures and catalogs inviting you to Croatia. For the sake of its picturesque tiled roofs, massive fortress walls and paved streets travelers begin to plan their visit to this country. And UNESCO considers Dubrovnik one of the 3 most beautiful Renaissance towns in all of Europe. 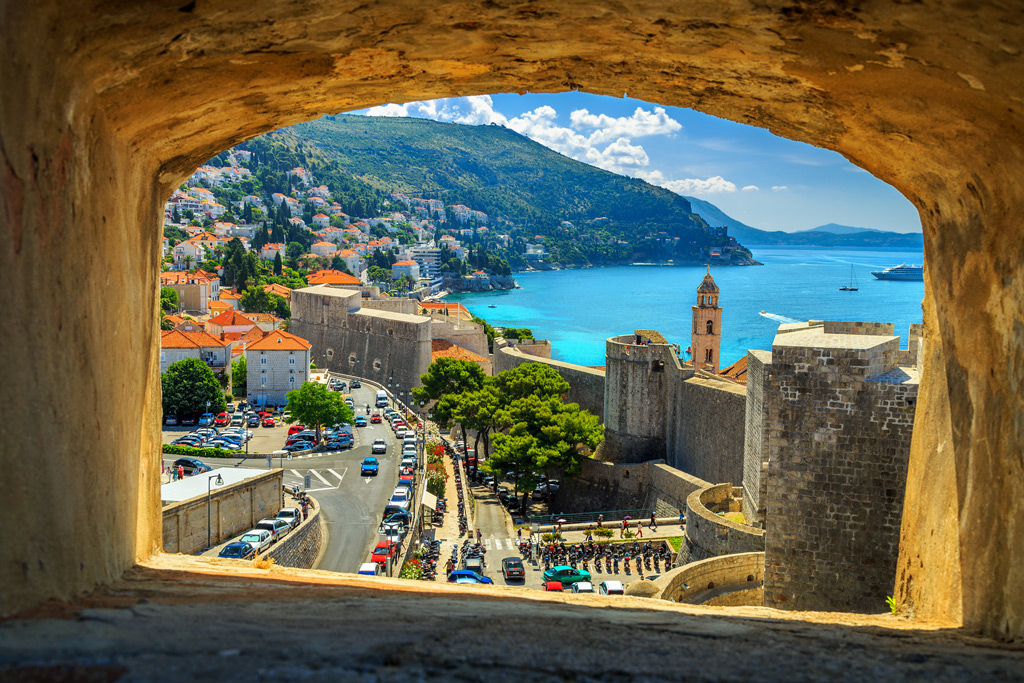 Plitvice Lakes National Park is a natural park with cascades of lakes and waterfalls. It is located in Central Croatia, away from hiking trails, but that does not prevent it from being one of the most visited nature parks in all of Europe. There are neat paths for the guests, different routes for different times, and the most beautiful places are decorated with comfortable viewing platforms. 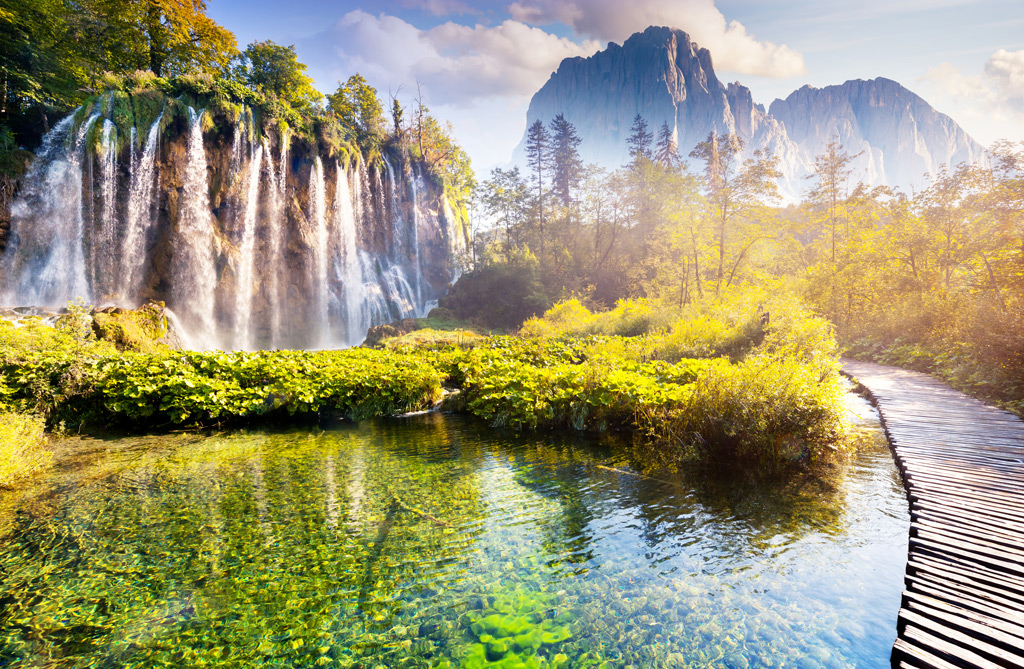 This small town on the Istrian peninsula is at times called the most dreamy and at times the most romantic. However, it is safe to say that this is the most Italian city in Croatia. For many centuries it has been under the patronage of Venice, absorbing its kolite. Once Jules Verne chose it as a prototype for his works. And now travel agencies are happy to recommend these places for wedding trips. 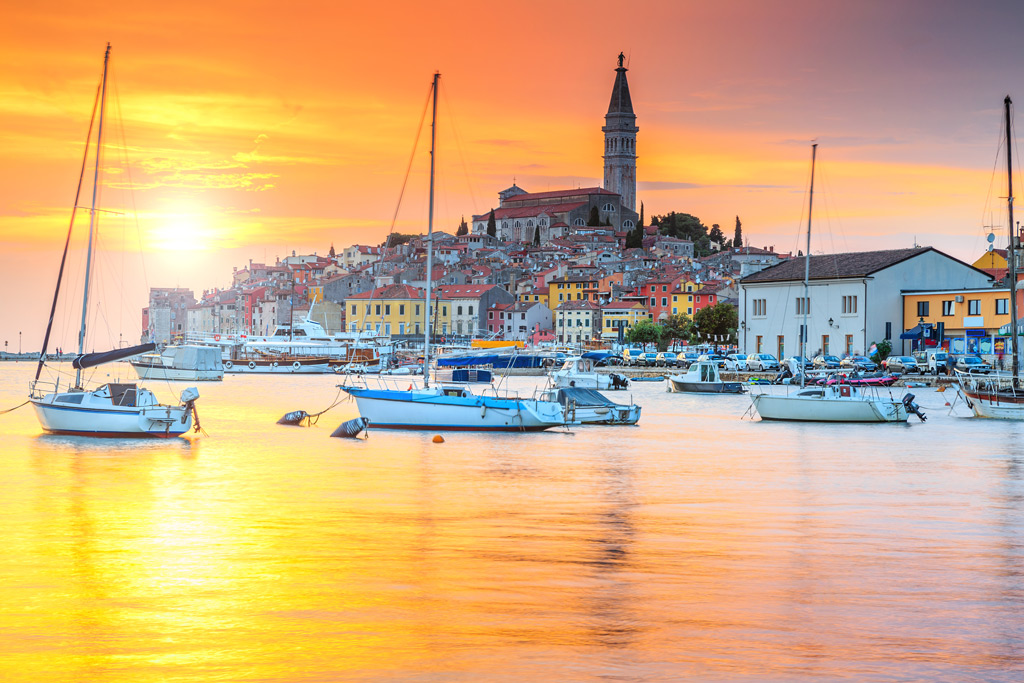 The underground world of Baredine cave takes you 80 meters down through five illuminated halls decorated with amazing wooden sculptures – stalactites and stalagmites – that have been forming for thousands of years. At the bottom of the underground lakes waiting for you, going deep into the depths, which are available only to explorers speleologists. And ordinary tourists can marvel at the transparent salamanders, also called “human fish.

The island of Korcula, in the south of Croatia, is covered with pine forests and lush Mediterranean vegetation. The steep shores here give way to charming bays with pebble beaches and small ancient towns. Perhaps, it is one of the most beautiful islands in Croatia. It is separated from the mainland only by a small strait, through which ferries are constantly plying. 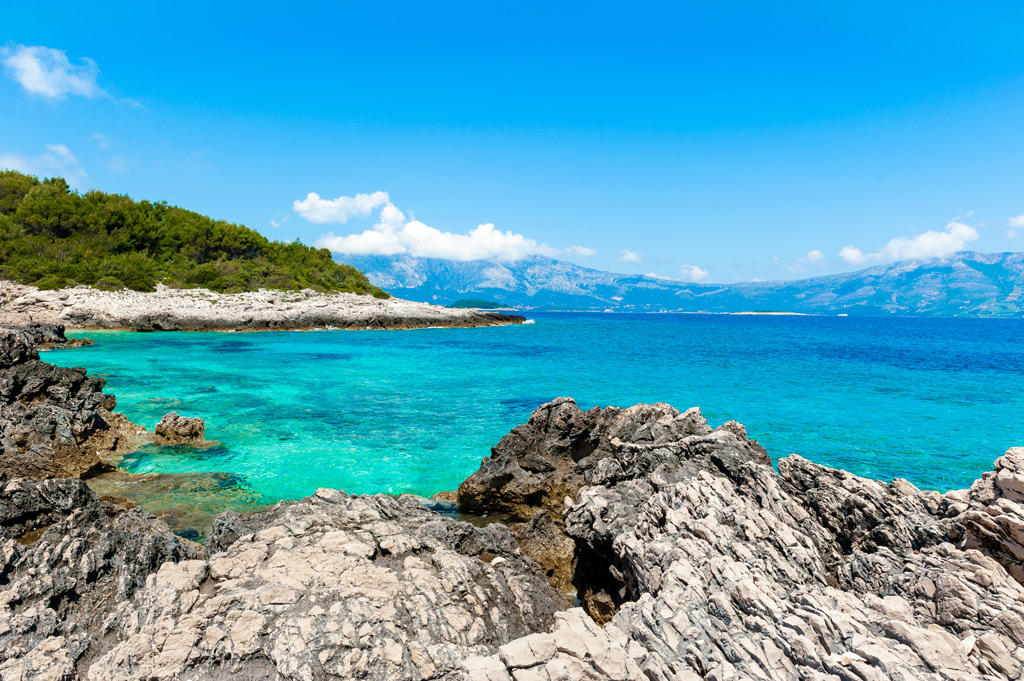 The Roman Forum in Pula is one of the brightest and most memorable sights. It was erected back in the 1st century AD. Among similar structures it is considered one of the largest in the world, as well as the best preserved of all architectural heritage of Ancient Rome. 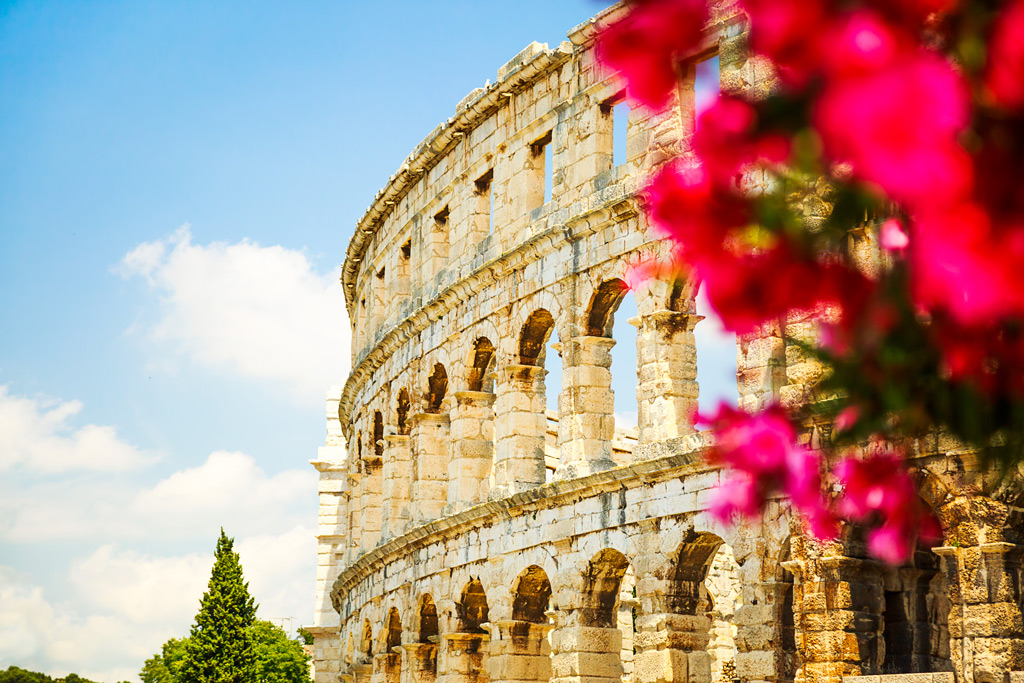 Roads in Croatia are a separate attraction of this country. Almost all along the coast runs a highway that connects the north and south. It serpentine winds on the steep coast along picturesque bays, picturesque villages and wild beaches and can make nervous inexperienced drivers. But once you get the hang of the road, the only thing you’ll crave is at least one small stopping point to take a few photos of the beautiful coastal views. 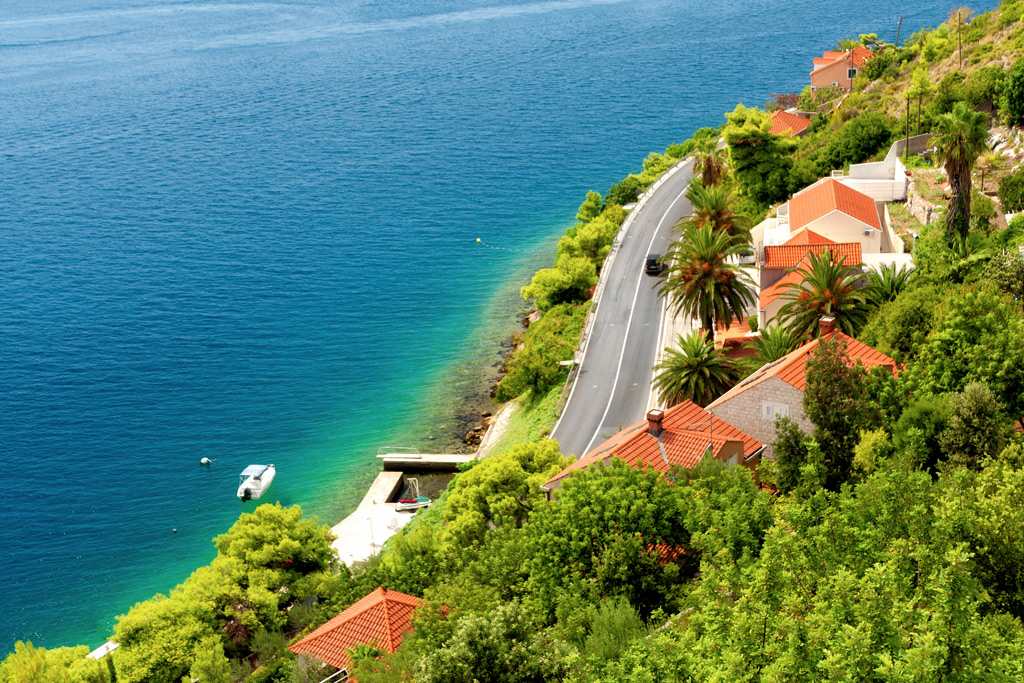 Cascades of 7 lakes, ending with a powerful waterfall, ancient monasteries and a village-museum surrounded by picturesque landscapes have naturally become a magnet for tourists. In the season, small motor ships from the coast sail here, and there are also the main yacht routes. A bonus of a visit to this park is the possibility of taking a swim in the cool waters of the river of the same name with a view of the waterfall. 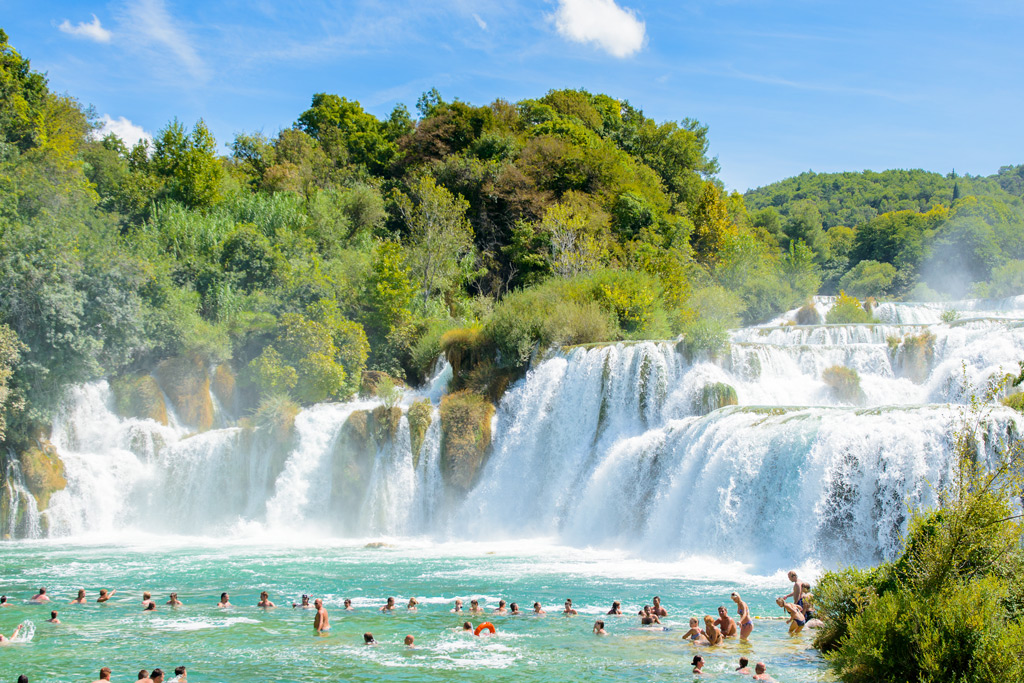 Historical part of Trogir, located on the island, impresses with its ancient buildings, palaces, cathedrals, winding streets and well preserved fortresses. This city can rightly be called a museum in the open air. And the locals in the evenings staging concerts and even a small costume show, not so much for the tourists, but for the soul. 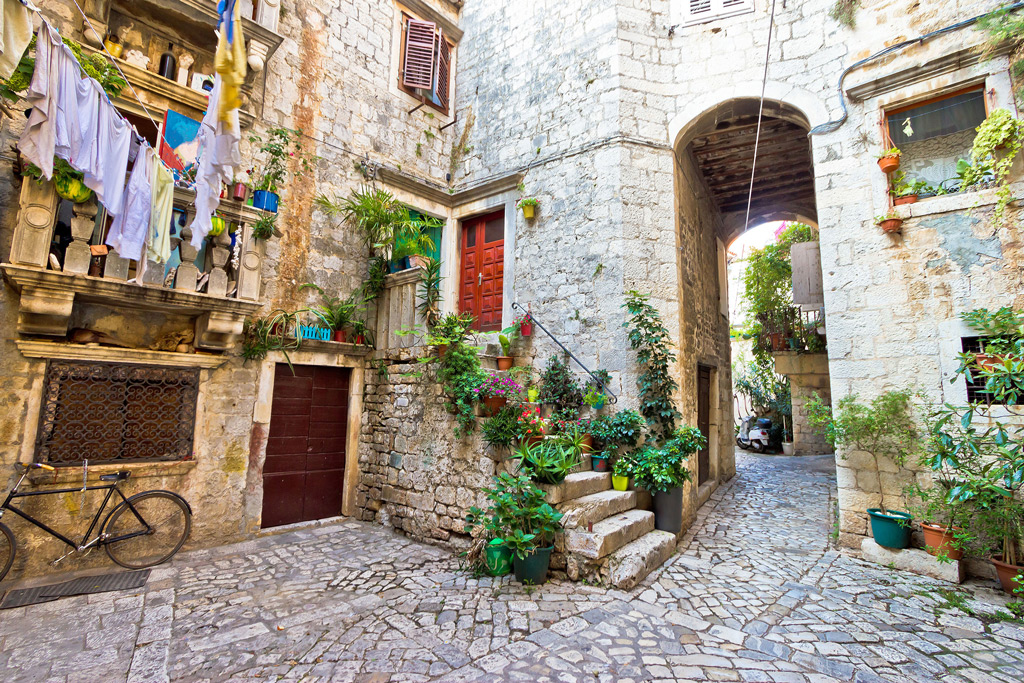 This amazing natural wonder is located on one of the most remote islands from the mainland of Croatia, the island of Vis. But it is definitely worth the trip. Intricate forms of the sea cave, which can be penetrated only by a small rowboat, overhang the surface of the water and in the daytime, when the sun shines brightly, everything inside fills with a surprising blue light as if by magic.

Croatia is beautiful and diverse. There is something to see for nature lovers, and architectural aficionados who prefer active recreation or a classic vacationer who dreams only about the beach. Everyone will find something of their own. And everyone will definitely want to return here.