10 surprising facts about Asia that you didn’t know 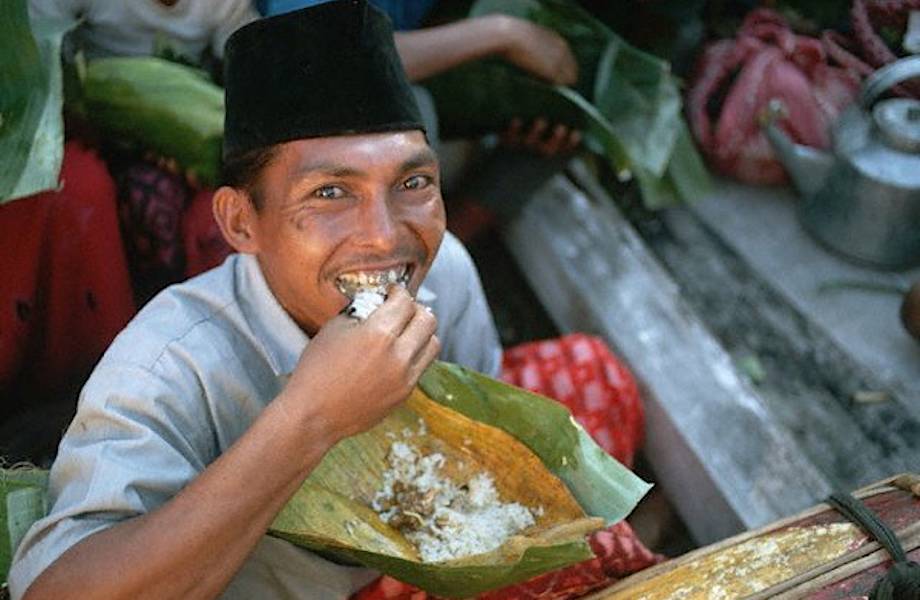 Asia certainly has a huge impact on the Western world in many ways, but despite that, we only see a small part of what’s really going on there. Let’s face it, we realize that we know nothing about this amazing part of the world, it continues to be a mystery to us behind seven locks. TravelAsk wants to introduce you to some centuries-old traditions and modern trends in Asia that will make you scratch the back of your head in bewilderment. Here are 10 of the most unusual facts about Asia. 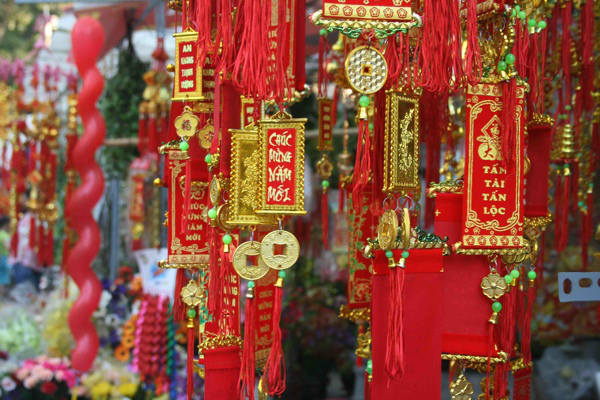 The Vietnamese New Year is a birthday for everyone.

The Vietnamese New Year (or Tet) is celebrated annually at the end of winter and the celebration lasts several days. It begins on the first day of the lunar calendar. Among many other traditions of this holiday, it is considered a birthday. Just like the Koreans, the Vietnamese count their age by the number of lunar new years they have experienced. So a child officially turns one year old on his first Tet, even if he was born a few days before it. 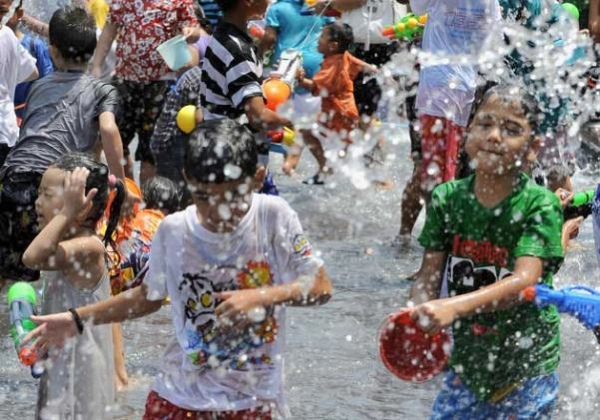 The Thai New Year (Songkran) is celebrated from April 13 to 15 and is the oldest festival that marks the change of year and the Thai “astrological transition.” The main ritual during the celebration is pouring a mixture of water, flour or talcum powder over each other. Initially the celebration had a spiritual meaning: people poured water on the statues of Buddha, and then collected the water that ran off the statues and poured it on their family and friends for good luck. Nowadays this ritual is performed with water pistols, which are used to pour water on everyone who passes by. 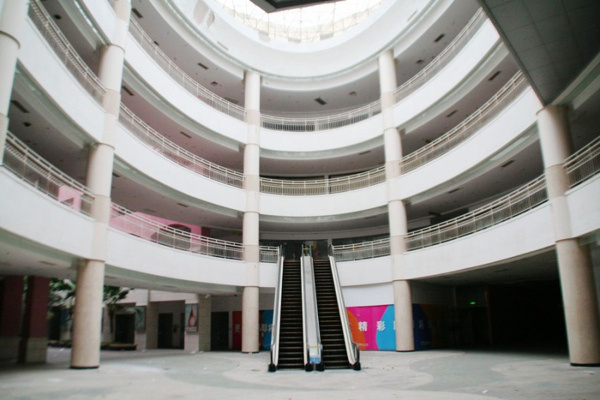 In 2005, Chinese billionaire Alex Hu Guizhong began building the world’s largest shopping mall in the city of Dongguan. The seven million square feet had room for 2,350 stores, not to mention a full-size indoor roller coaster, a 1.3-mile long water canal (complete with gondolas) and an 82-foot replica of the Arc de Triomphe. The only problem was that no one wanted to open a store in the center. From 2005 to today, only about 1 percent of the retail space has been occupied. One of the most compelling reasons for this failure is the mall’s location: Dongguan County is home to only 10 million people, most of whom are poor factory workers.

READ
Lakes in Berlin and Brandenburg for swimming, Germany 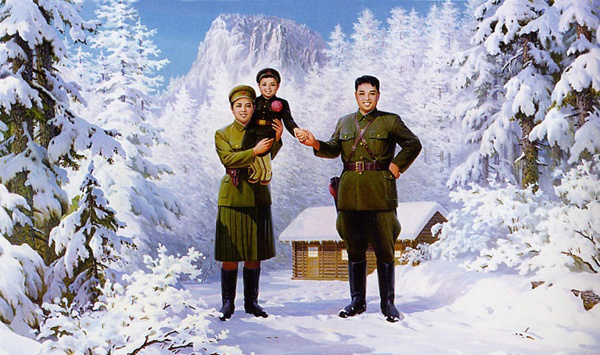 North Korea celebrates its own version of Christmas.

North Korea does not celebrate Christmas as we know it. Instead of celebrating Christmas, North Koreans celebrate the birth of Kim Jong Il’s mother, who was born on December 24. On December 27, there are celebrations to mark Constitution Day, and on New Year’s Day there are marches to Kim Il Sung’s tomb, where the leader’s body rests in imperishable form.

China has only one time zone 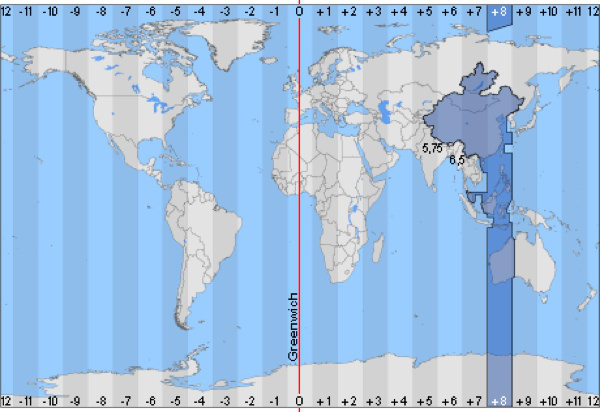 Although China is located in 5 time zones, there has been only one national time zone since the Chinese Civil War in 1949. This was done to give the population a sense of unity and cohesion. When the sun rises at 6 a.m. in Beijing, the western territories do not see daylight for another 2 hours, so they have created their own unofficial time zone. The Chinese government does not recognize it.

In Japan, it is illegal to be fat. 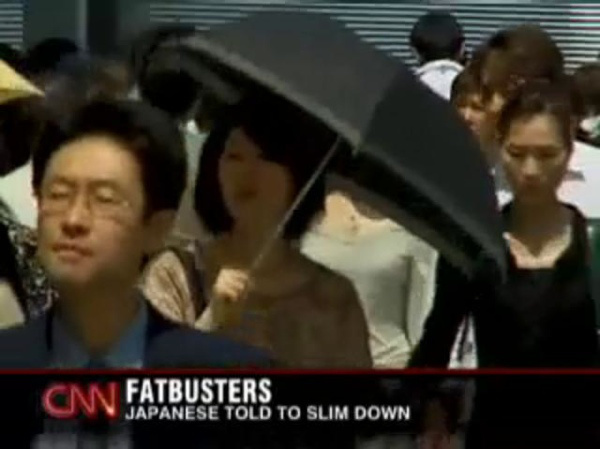 The Japanese are considered the skinniest industrialized nation in the world, all because it’s illegal to be fat here! Japanese law requires that the waistline of a man over 40 years old must not exceed 85 cm in circumference. Women are allowed a little more freedom: they can’t have a waist measurement of more than 90 cm. According to the official version, thin people are healthier, thus the law is aimed at combating high cholesterol and hypertension. People who violate this law must undergo counseling, after which they are prescribed a government-approved diet. And companies that employ a large number of overweight people are required to pay fines. This money will be transferred to the health fund: for medical care for the elderly.

China and India represent a third of the world’s population.

It is well known that China has a huge population, but the actual figures are staggering! The population of Sichuan province alone is greater than the population of Greece, Portugal, Holland, Guatemala, Austria, Malaysia, New Zealand, Australia and Canada combined. And Sichuan is the fourth largest province in the country!

In fact, India and China comprise more than one-third of the world’s total population of 2.5 billion people, which fits into an area slightly larger than the United States. 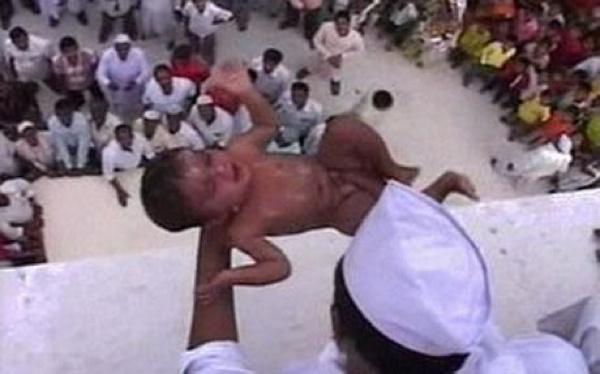 In the holy mountains in India, newborns are subjected to a ritual that is meant to bring the child good luck, courage and health. Babies are carried to the top of a 50-meter tower and then thrown down onto a stretched cloth held by monks. This Muslim custom has been practiced for over 500 years and still exists today. While many people are horrified by the ritual, locals claim that no one has yet been hurt. 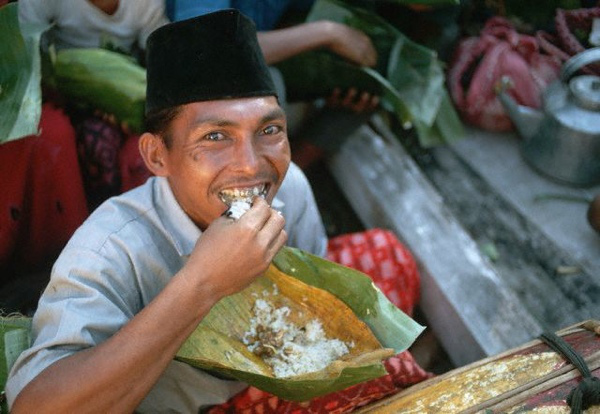 One of the most interesting customs in India is that the locals only eat with their right hand. The fact is that they do not use toilet paper in the toilets here, they pour some water into their left hand and use it to wipe themselves. In India, it is quite difficult to find a restroom that has toilet paper, except in hotels and restaurants catering to customers from the West. It is also considered offensive to do anything with your left hand, such as handing over money or holding it out to say hello. 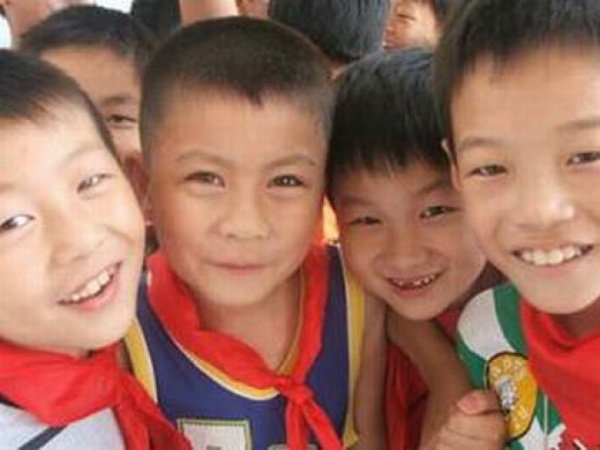 Chinese children are named after events.

In 1992, China applied to host the 2000 Olympic Games. That same year, 680 Chinese people named their newborn children Aoyun (literally translated as “Olympic Games”). More than 4,000 people gave their children that name over the next 15 years. According to the Chinese registry, other common names are “Protecting China” and “Creating a Nation. Some children are named “Space Voyage. 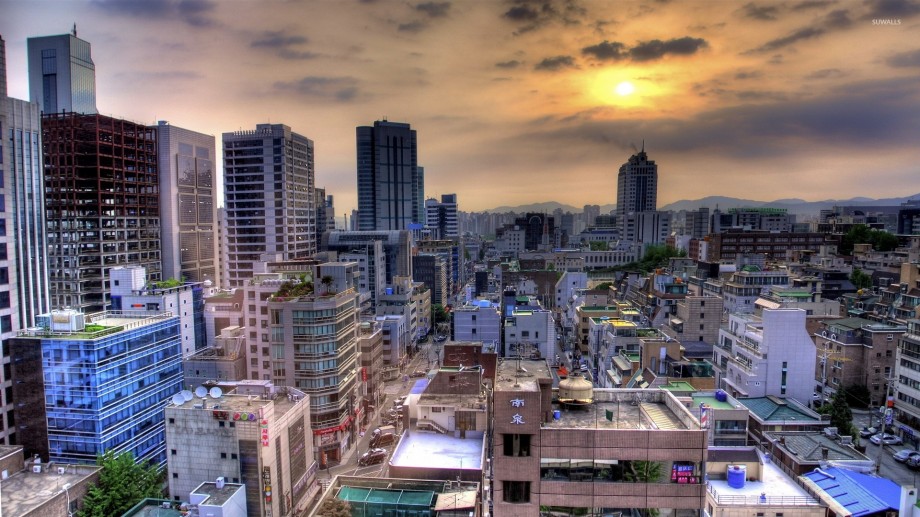 1.Over 4 billion people make up the population of Asia.

As a percentage, this represents 60% of the total world population.

2. Asia is considered to be the fastest developing part of the planet. Every year, the power and influence of Asian countries in the world is only growing. It is here that the world’s leading manufacturers tend to locate their production facilities because of the cheap labor force. 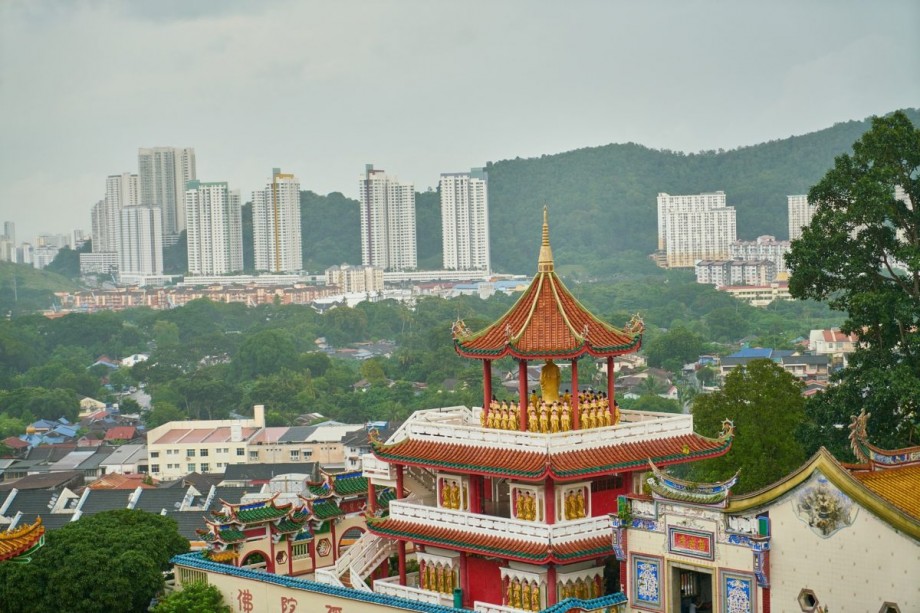 3. Asia is considered the largest continent on the planet in terms of population and area. More than 8,527 kilometers wide Asia.

4. Southeast Asia is considered the most populous part of the world. One-third of the world’s population is India and China. 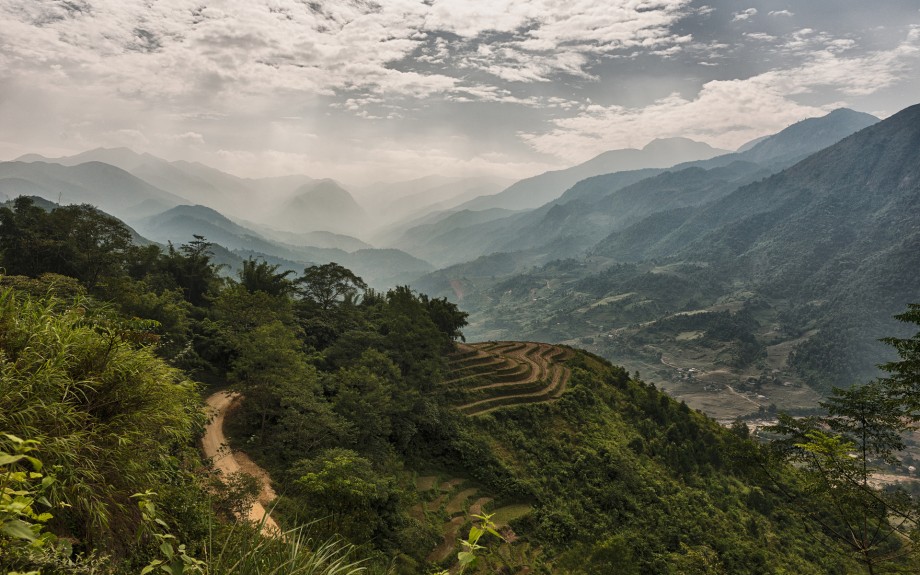 5. Tropical forests and mountains occupy the largest part of Asia.

6. It is in Asia that you can find fresh and natural fruits.

7. More than 600 dialects can be found in Asian countries.

8. Buddhism, Islam, and Hinduism are the major religions of Asia.

9. The Chinese city of Dongguan has the largest shopping center.

10. India, Japan and China are considered among the leading economic countries in Asia. 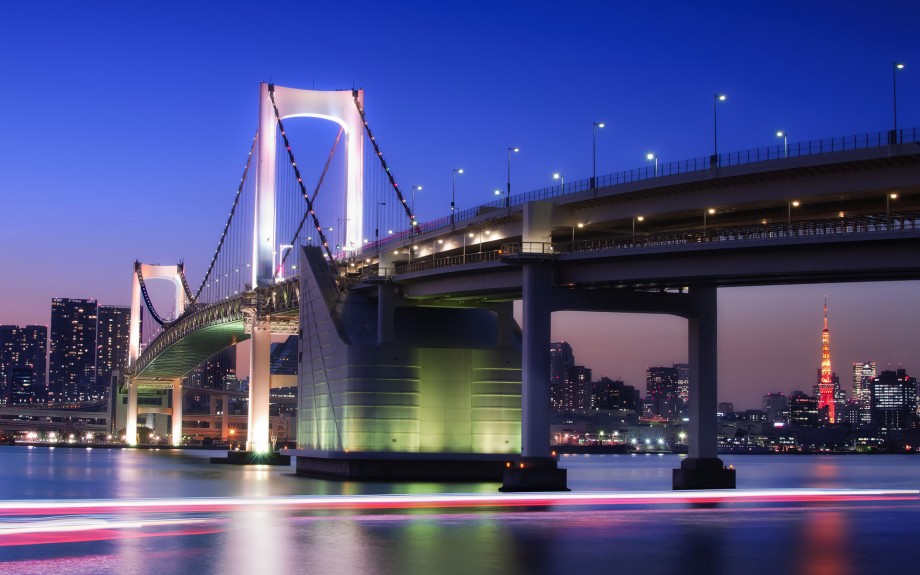 12. Asia has everything for a comfortable life and leisure. People come here for work, leisure and study.

13. There are plants growing on the highest point in the world in the Indian mountains. Similar natural conditions have two neighboring islands Sumatra and Java.

14. The birthday of every Vietnamese is considered the New Year.

15. Eating only with the right hand is an exotic custom in India. 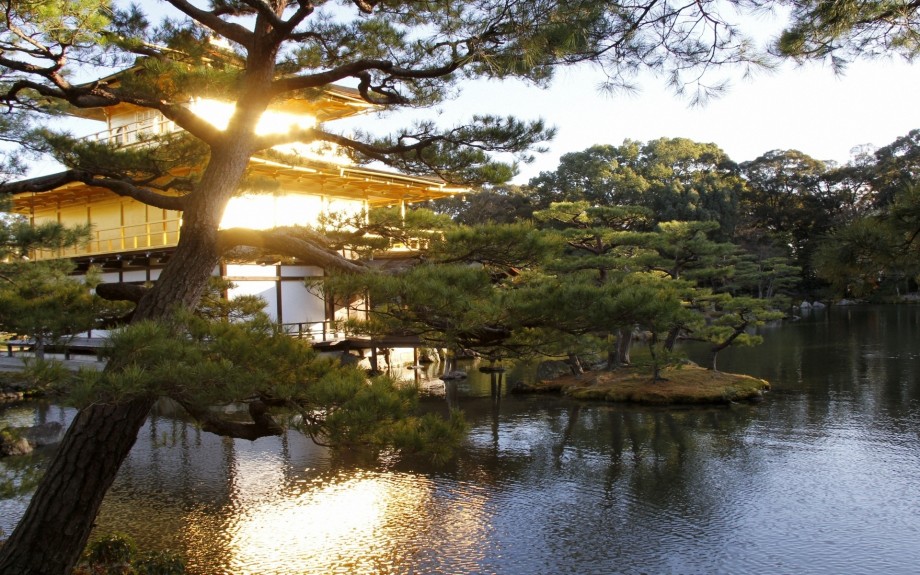 16. Japan is often called the “Land of the Rising Sun. The Japanese themselves refer to their country as “Nippon” or “Nihon,” which means “Origin of the Sun.

17. Names are given to children in China in honor of important events.

18. The cow is considered a sacred animal in most Asian countries.

19. Overweight is forbidden by Japanese laws.

20. Snake charming is considered a rather ancient profession in Asia. 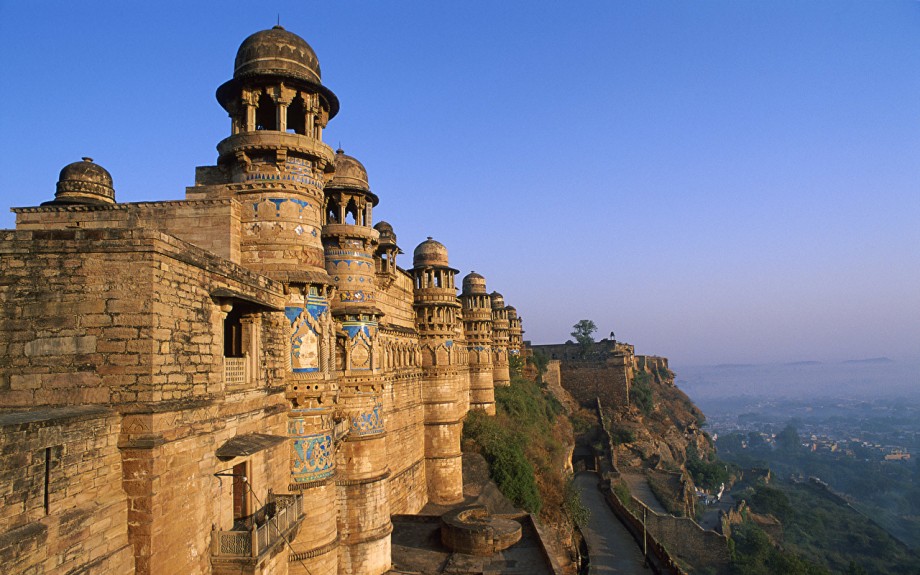 21. India’s population exceeds that of South and North America.

23. In Asian countries a variety of spices and spices are worth their weight in gold.

24. Bamboo is the tallest plant on Earth.

25. People of Asian countries are not afraid to settle at the foot of functioning volcanoes. 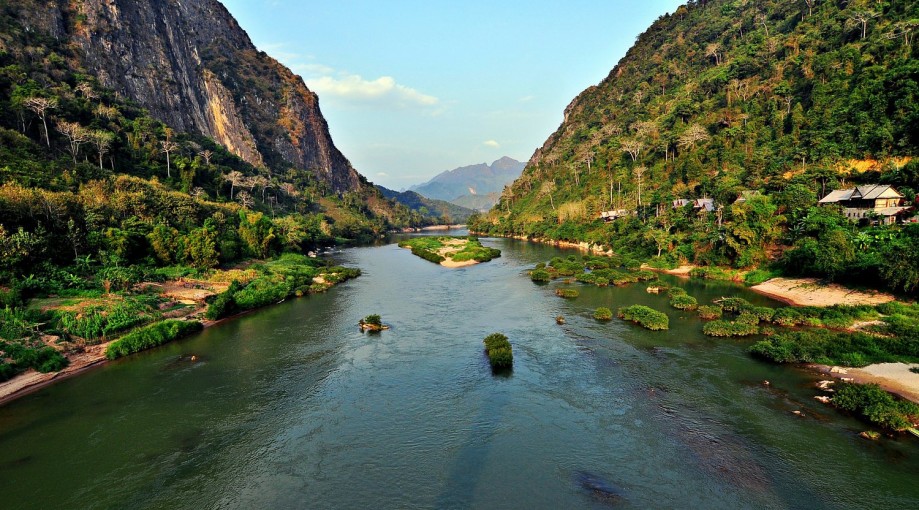 26. Asia has more than ten of the longest rivers.

27. Mount Everest is the highest mountain to be found in Asia.

28.And the Dead Sea, which is in Asia, is the lowest point above ground level.

29. In India they put cow urine in their drinks. This is not surprising, because in India the cow is a sacred animal. Cow urine is supposedly good for health, so they invented a drink that is positioned as a source of health. 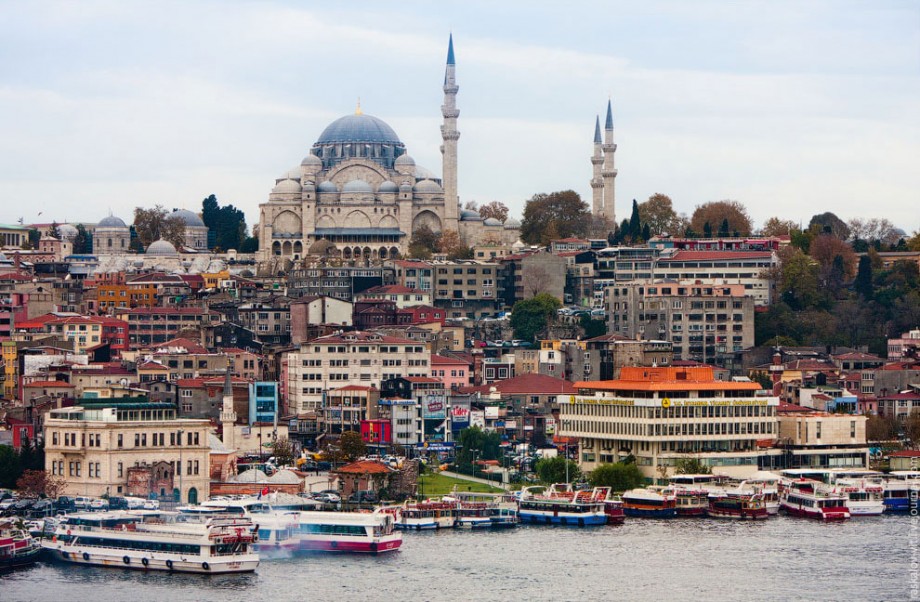 31. Turkey is a Eurasian country stretching from the Asia Minor Peninsula (or Anatolia) in western Asia to Thrace (Rumelia) in the Balkan region of southeastern Europe. It is because of its strategic location that Turkey is famous for its unique blend of Eastern and Western traditions.

32. Vietnam has the world’s cheapest diving.

33. The Angara River has the world’s largest reservoir.

34. The Chinese are comfortable farting in public places. Almost everyone knows that “burping” in institutions is the norm in many countries; it turns out that expressing other natural urges is considered adequate behavior.

35.The kingdom of spirits and mystics tourists consider Nepal. 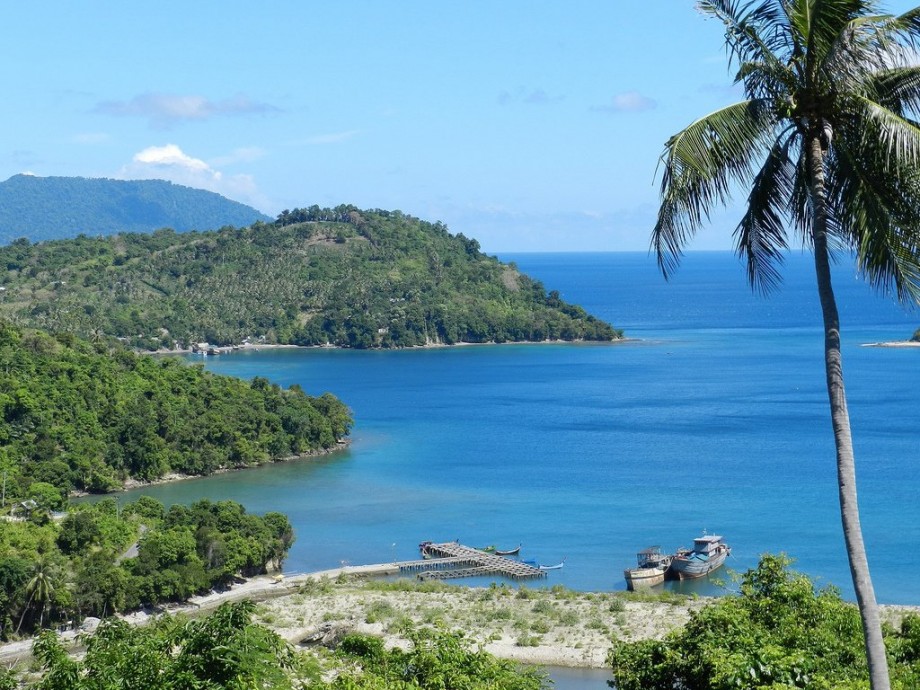 36. The islands of Sumatra, Taiwan, and Borneo are the most inhabited islands in Asia.

READ
10 things to do in Alsace, France

37. In Nepal, it is not uncommon to see goddess girls. They are the living embodiment of the goddess Taleju. To get into the goddesses you need to pass a competitive selection on 32 parameters. A girl who passes the selection process lives in the palace without any problems. But as soon as the girls start menstruating, they are expelled from the palace.

39. In Vietnam, men grow long nails. This is considered prestigious because only those who do not do “dirty” work can wear nails. Predominantly it is done by sales clerks, employees of beauty salons. 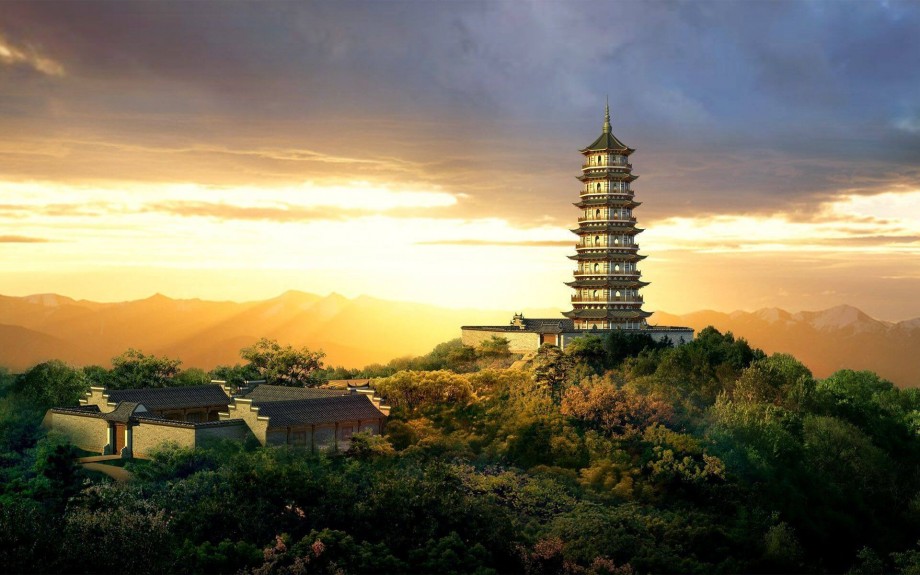 40. China has one time zone. Indeed, China is located in 5 time zones. However, after the civil war in 1949, they switched to a single time system. This was done to give the population a sense of cohesion. However, when the sun rises at 6am in Beijing, it is not visible for several hours in other cities. 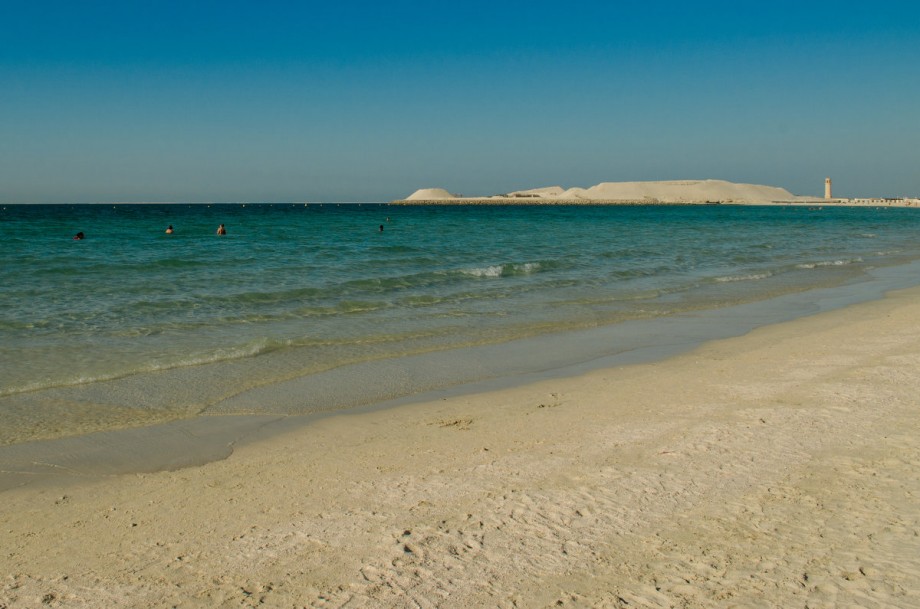 41. The shallow inland sea of the Indian Ocean is called the Persian Gulf.

42.Some Asian countries do not have separate designations for green and blue.

43. Singapore today is a developed city-state, the capital and a republic at the same time, and only 50 years ago this country was considered one of the poorest, and most residents were sympathetic to the communists. The local political leader Lee Kuan Yew took power in his own hands and together with his fellow patriots brought order to the country.

44. The official name of North Korea is the Democratic People’s Republic of Korea (DPRK). The local population calls it “Chosun” (“Land of the Morning Fresh”).

45. The best mud and thermal springs are located in Sri Lanka.

46. The Asian country Uzbekistan is one of the world’s five cotton producers.

47.Uzbekistan is the fourth largest gold producer in the world. 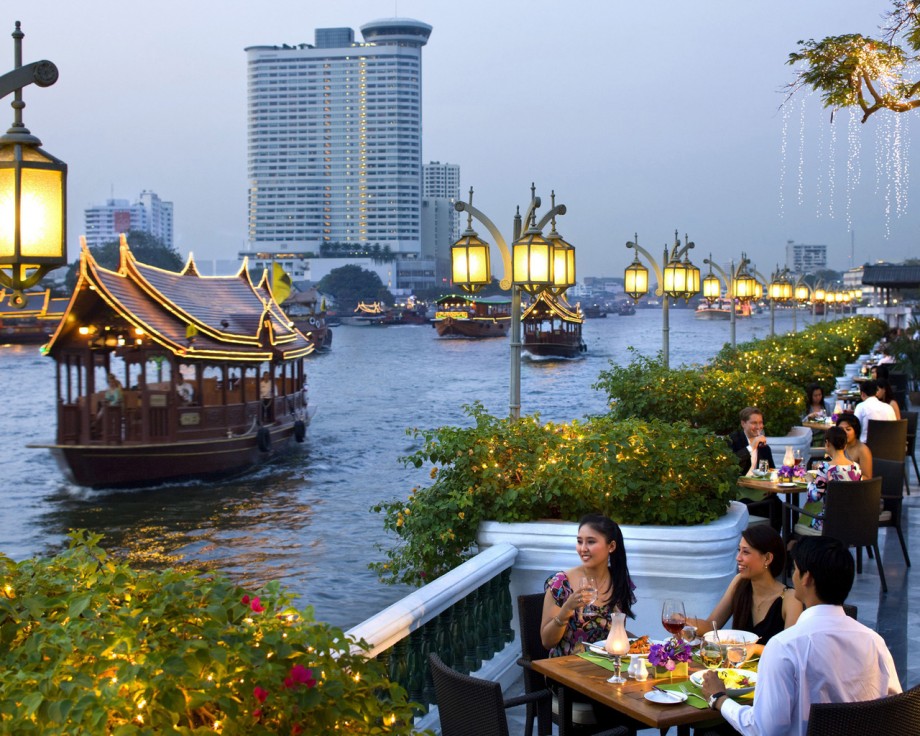 48. The best resort in Asia is Thailand.

49. The island of Bali delights visitors with its exotic nature and optimal climate.