Every country in the world has laws and rules that may seem strange to foreigners. In Germany, some of these rules are at the borderline of weird and irrational. We have selected the ten most unusual laws and rules of Germany.

2. Prohibition of masks at demonstrations

In Germany it is illegal to go to a strike or political demonstration wearing a mask. The law states that citizens are not allowed to hide their faces during protests. Therefore it is better to leave your balaclava at home when you go to a demonstration in Germany – the police can only arrest you for this before you start throwing eggs at them. 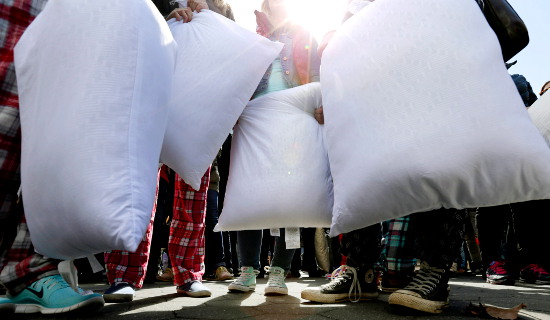 A pillow, according to the current law in Germany, can be equated with a “passive” weapon. A passive weapon is an object used for protection against other weapons, similar to bulletproof vests. So it is better to think twice before engaging in a pillow fight with the Germans, or at least pounding them not too zealously. Your actions could be construed as an attack.

According to German law, every office must have “a piece of the sky”, that is, a window with good ventilation. There is no exact wording in the law as such, but according to the country’s labor law, employers are required to equip offices so that the life and health of company employees are not endangered, which, according to the Germans themselves, cannot be done in an office without windows.

5. Ban on drills on Sundays

Germans take the day off of the week very seriously. The stores are closed, people take a lazy stroll and nothing should disturb the Sunday peace, especially a drill working behind the wall. In Germany, it is illegal to drill at any time of day on Sundays. In addition, dumping trash in recycling bins is strictly forbidden in the country during certain hours of the day.

6. Ban on pianos at night

Germans are very protective of their peace of mind, so like the Sunday drill situation, it is strictly forbidden in the country to tune or play pianos during nighttime hours.

7. Prohibition against denying the chimney sweep access to the house

In Germany it is said that it is much easier for chimney sweeps to get into someone’s home than for the police. In the country, it is considered illegal to deny a chimney sweep access to a house if he or she asks for it. The law was first introduced in the Middle Ages, but the rule currently in effect throughout the country has its roots in the Third Reich. By giving chimney sweeps a fixed wage and distributing them by district, Hitler ensured loyalty to all chimney sweeps in the country. This meant that he could use them to spy on the townspeople.

If you are just starting to learn German, from the beginning learn to clearly distinguish between the addresses “du” and “Sie” and never confuse them when talking to a German policeman or other government official. It is considered against the law to address a policeman with an informal “du”. This is a grosser mistake than the informal “Sie” and can cost a hefty fine of up to 600 euros.

Do you want to learn German so that you can speak it when you travel and be able to explain yourself to the law enforcement if you need to? At Deutsch Online you can sign up for group German courses with certified teachers. You can find lessons, preparation material, tests and assignments in your online trainer’s area. Enroll now, places are limited!

READ
Walk around Rome in the capital of Italy

9. Ban on the first verse of the national anthem 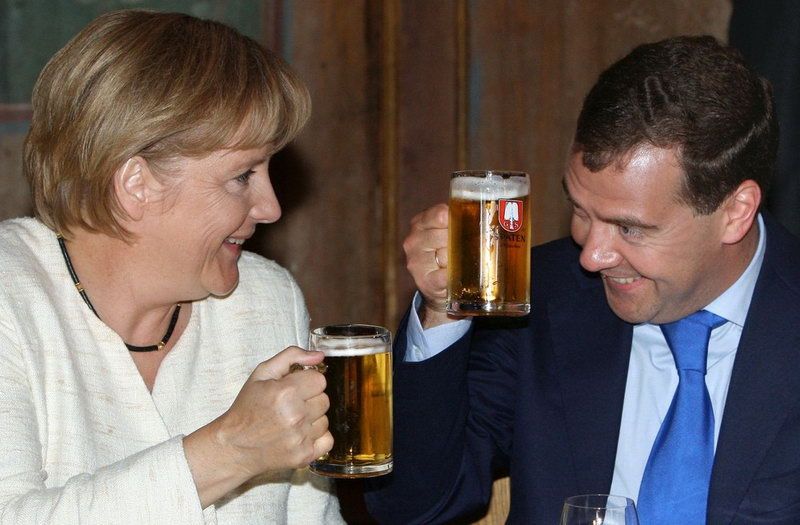 “Deutschland Lied” has been the country’s national anthem since 1922. Joseph Haydn wrote the music for the anthem in 1797, but the words were written later by the poet August Heinrich Hoffmann in 1841.

10. A ban on beer brewed off-the-cuff

Fans of Munich’s annual Oktoberfest will be pleased to know that within the city walls of Munich during the festival, according to German law, it is allowed to consume the type of beer brewed according to the legal recipe (permitted ingredients: water, hops, yeast and malt).