Patara beach in Turkey: the epitome of my dream beach. Photo, review, how to get there and place on the map

Several years ago, the English weekly The Sunday Times named Patara Beach in Turkey as the best in the category of “Classic Beach”. But alas, Patara Beach is an enchanted place. No matter how many pictures of this beach we have seen on the internet, none of them convey how cool it really is – even despite some nuances.

Patara Beach in Turkey: Contents of the article

Patara beach in Turkey: let’s start with a photo

Contrary to custom, let’s start the story of Patara beach not with beads, but with photos. 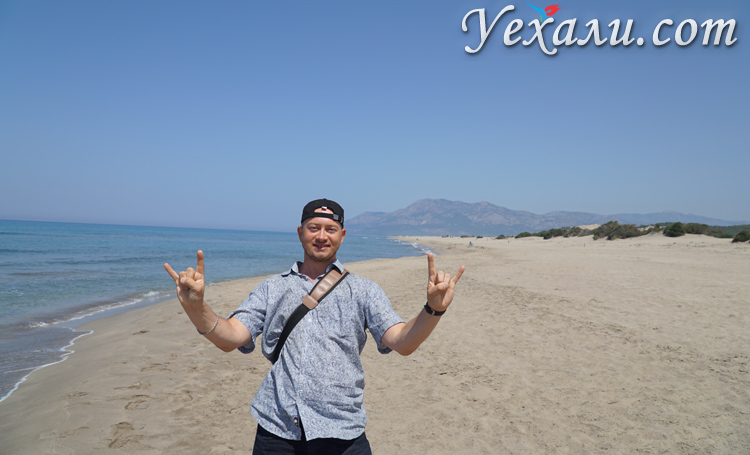 This is us at the very beginning of the beach. When we reach the extreme point, that you can see on the horizon, we will have to walk the same distance to the end of the beach. 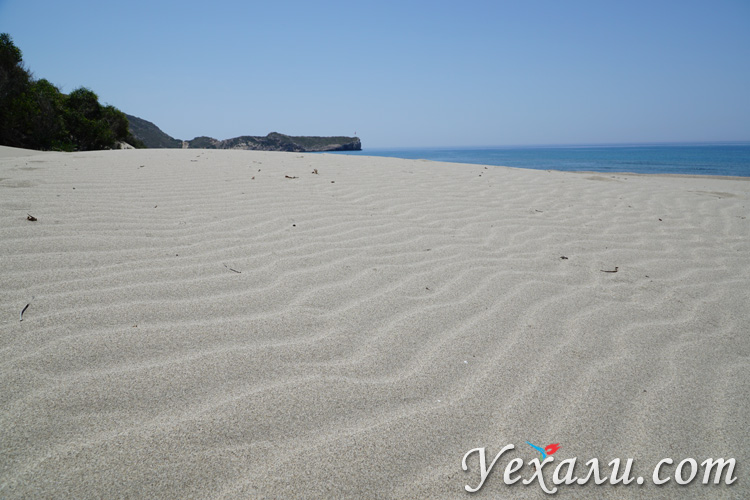 Patara beach and the drawings on its sands. 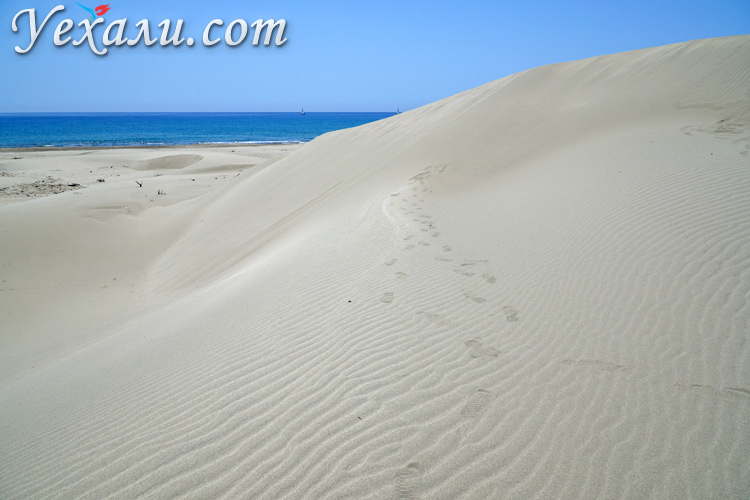 The tracks are ours, no one else was climbing that day on this barchan . 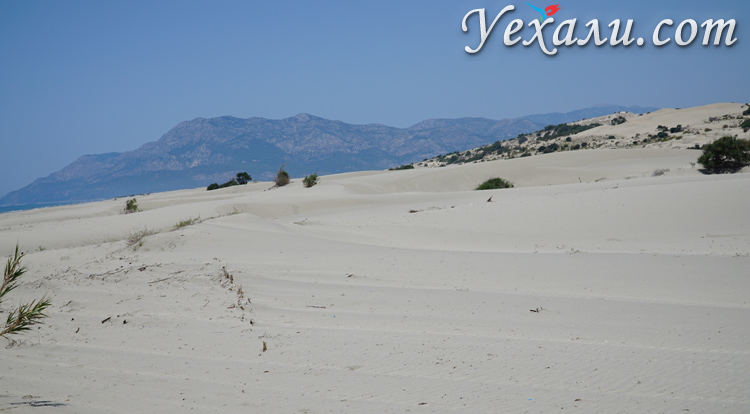 Where there are no big dunes, there are small ones. 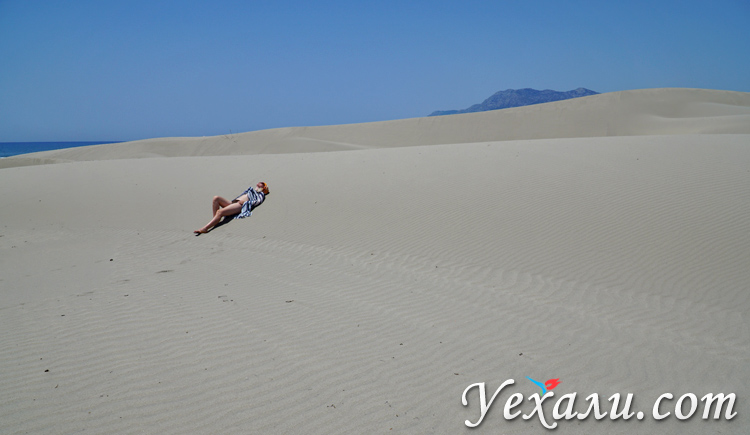 Sunbathing like this on Patara beach is only possible for half a minute – for a photo. After a day on this beach, a strong tan stuck to me even through a pareo. 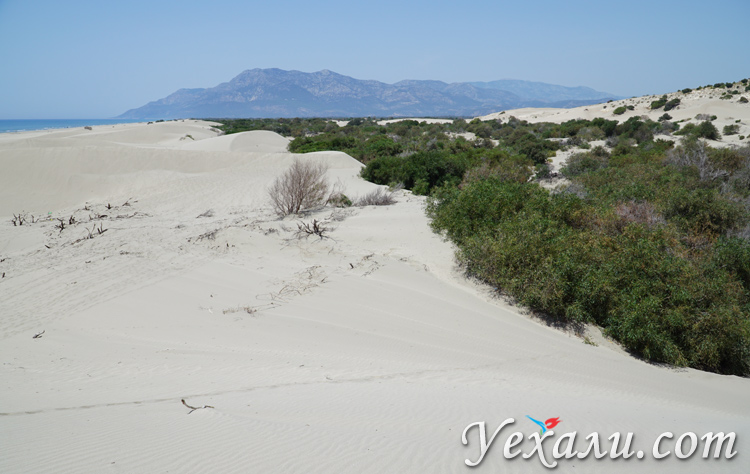 Patara beach and its landscapes: a few tens of meters from the water begins the green stripe. 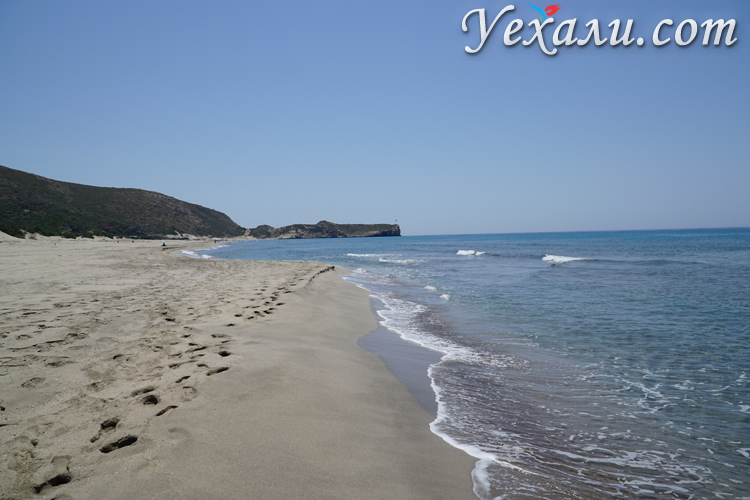 Near the sea, the sand is very dense and easy to walk on. 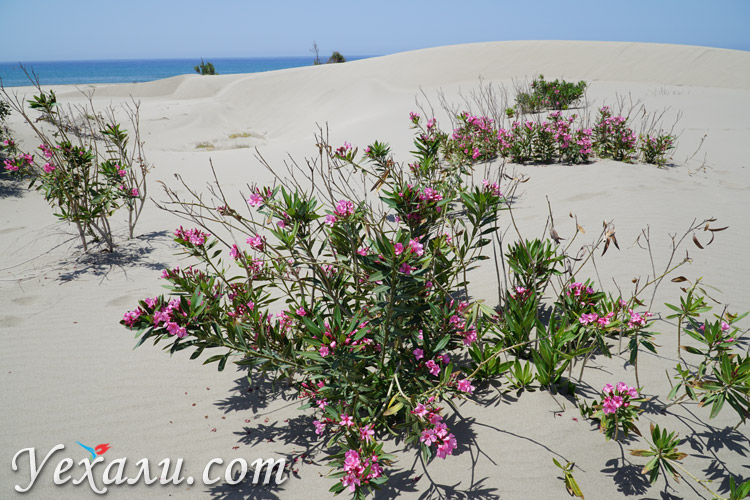 And although we are not the kind of travelers who publish photos of flowers in their articles, thinking that it is interesting to anyone, for desert flowers we can’t help but make an exception. 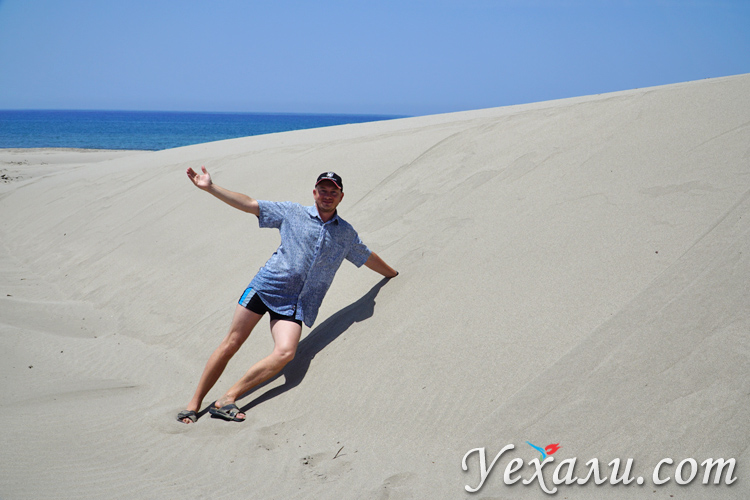 Zhenya is making his left hand and with his right hand he calls on Allah to send him a warm Bedouin robe and protect his body from the sun. 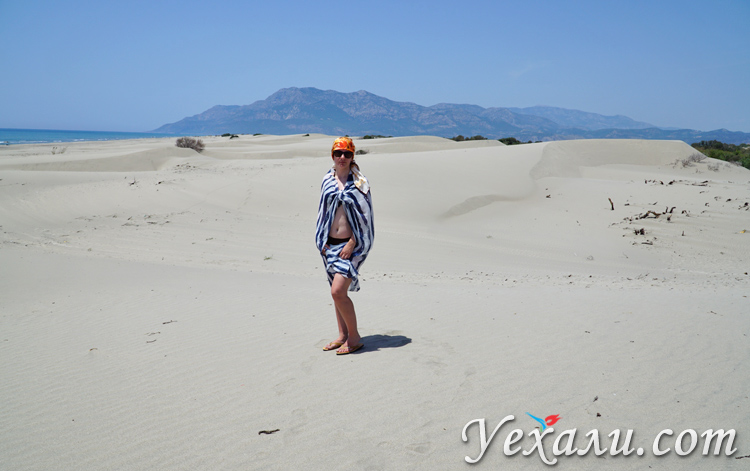 It’s almost the middle of the beach. There is still a long way to go to the end!

Patara Beach in Turkey – what is it notable for?

Many people will not understand me, but I do not like to bathe – neither in the sea, nor in rivers, nor in swimming pools. Only in the bathtub. Swimming for me is somewhat of a personal pleasure, not a public one, and on any beach in any season there are always crowds of people and rows of sunbeds.

Patara beach in Turkey was the first place where I first enjoyed a beach vacation, for it turned out to be what I had dreamed it would be. Warm shallow sea, wide shoreline and complete absence of people within a few hundred meters. You could squeal and jump in the water like a child. It is possible without fear to leave all the things, including phones, the camera and money, to go swimming together and not to look from time to time on a coast. Around, as far as an eye can see – beautiful nature, no hotels, cafes or volleyball courts. Boats and boats – only on the horizon. Walking on the thick sand – a separate pleasure.

Patara beach in Turkey is remarkable for two things.

The first is its size. Its length is 10 km, and the width in some places – up to 1 km! It would take a whole day to walk it. We walked around Patara for several hours, reaching about half of it.

The second is the steep sand dunes. Based on other travelers’ photos, I was expecting to see just high sand hills, nothing more. I told you – an enchanted place! But in fact we were met with real sand dunes. Independent of each other, Zhenya and I both thought for some reason that this is exactly how we imagined the Atlantic coast in Morocco.

Warning! Despite the fact that the sand is dense, it is not always possible to climb to the top of the barkhan. Especially if you are wearing flip-flops. At one such attempt, my feet went into the hot sand, and they were instantly badly burned. By analogy of the effect of water temperature on the skin, the temperature inside the sand was at least 65 degrees (partial burns of the skin in 2 seconds). 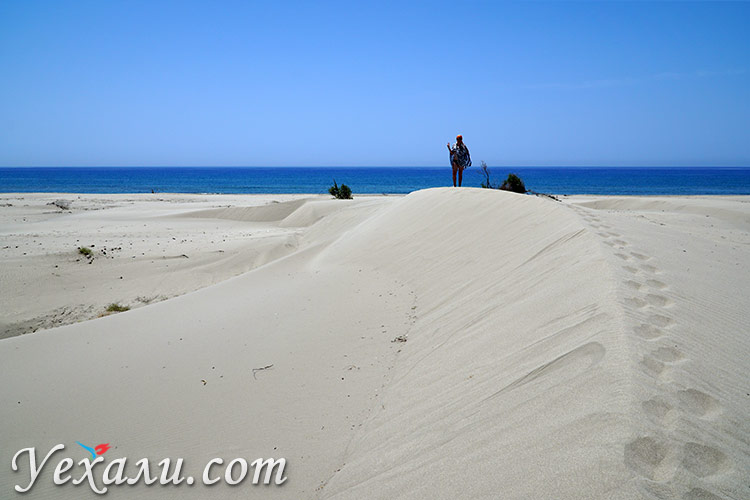 At the top of the barkhan sand does not fall through, so you can climb on it. But be careful! 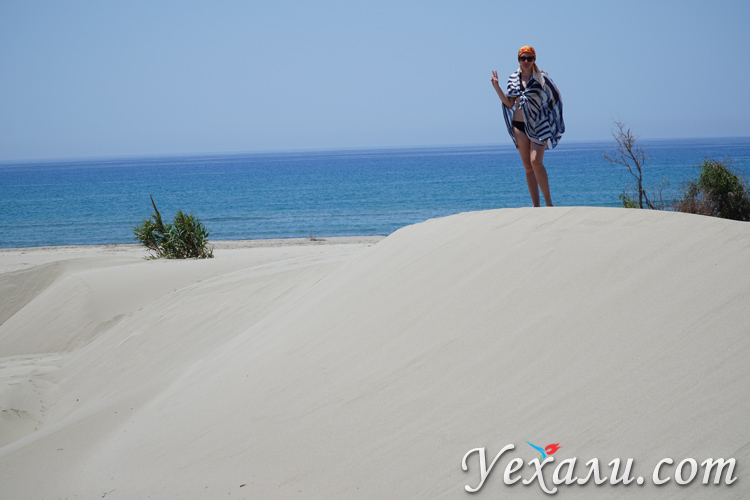 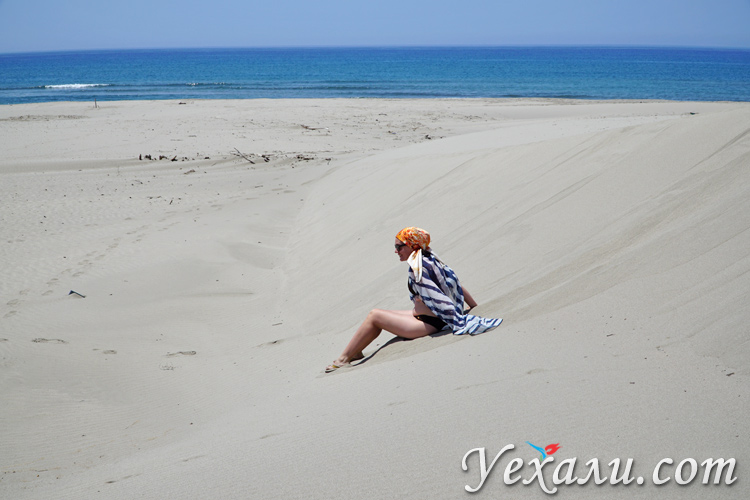 A naive attempt to roll down the side of a dune on a packet while the sand is not yet hot. Eh, I wish I had a surfboard here! 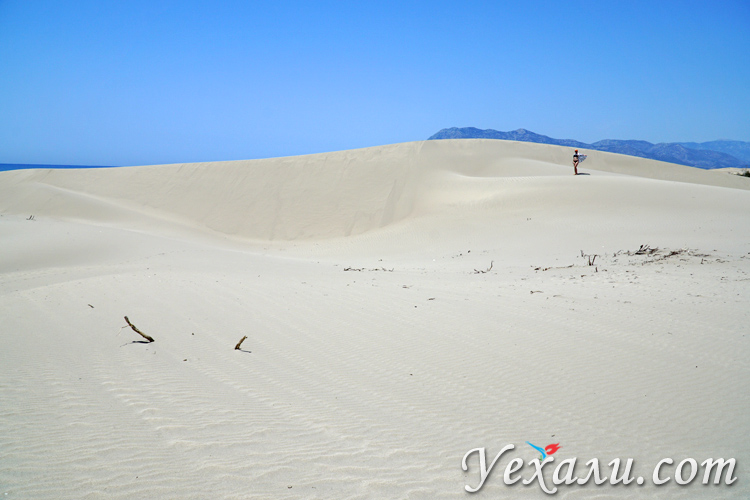 A sandbar on Patara Beach and a man for scale. That’s what I tried to conquer, but badly burned my feet – nothing to do such things after lunch.

The disadvantages of Patara beach – the costs of its pluses.

Disadvantages of Patara beach are two and they stem from the pros of the beach.

First, the desert though picturesque, is still a desert, which means there is no natural shade on the beach. Near the entrance to the beach is a “civilized” area – changing cabins and toilets, sun loungers and umbrellas. Only there and it is possible to take cover from a sun. If you go further – except for hats there is nothing else to rely on. On the beach we saw two people with their own umbrellas and a couple with a tent. And a single tree, under which we had lunch, though not all alone. 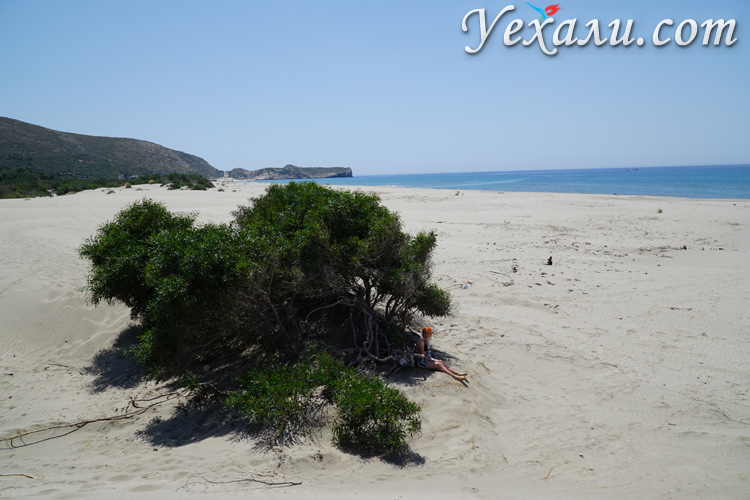 A tree, barely able to fit in the shade of which we had lunch.

Apollo seems to have just passed through here. 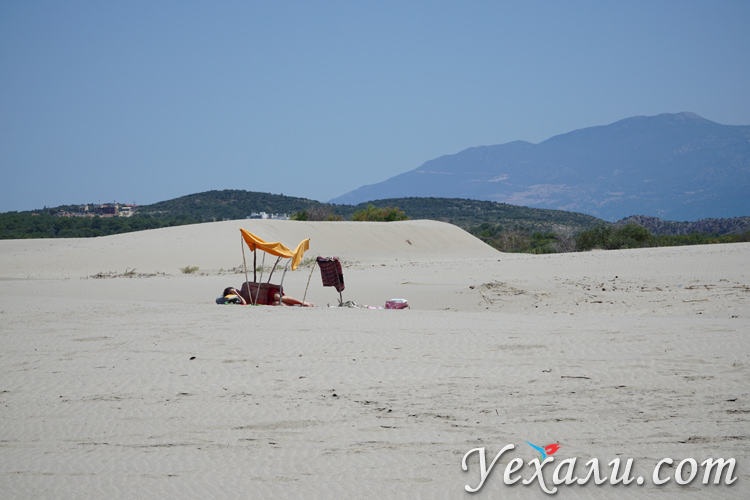 Rare people on the beach.

Secondly, the sheer size of the beach and the small number of people leads some non-young men to think that a tanned ass looks better than a white one. Almost no one will see it anyway! Yes, you got that right: I’m just embarrassed to say that we’ve seen nudists on the beach . We did not recognize Apollo and Hercules among them. No photos. Although some comrades were clearly asking for it.

How to get to Patara beach, location on the map

You can get to Patara beach by bus, which look almost like our shuttle buses. We went to Patara from Kas and got on at the bus station. There are always signs on the windshield of the buses – Patara. The fare from Kas to Patara at the time of publication was 9 liras, a little over an hour on the road.

If you are staying in Fethiye or Oludeniz, you can also get to Patara beach by bus – it goes from the bus station in Fethiye.

Patara beach in Turkey on the map 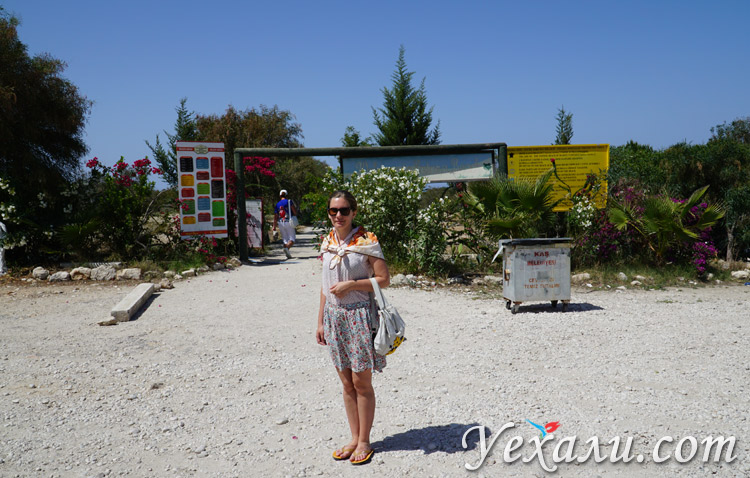 Entrance to Patara beach. Near the entrance there is a small and only area with sunbeds and umbrellas for the entire 10-kilometer length of the beach.

Entrance to Patara beach is paid and depends on whether you intend to visit just the beach or the ruins of the ancient city of Patara too. If you want to visit not only the beach but also the city, the entrance costs 20 lira per person. For a sedan car (irrespective of the number of passengers) it is 30 lira. The ticket is valid for 10 entrances during the week.

There is information on the Internet that you can bypass the ticket office and take a trail through the dunes from Gelemish. Citizens! Keep your surplus wages in your savings bank and your surplus energy in your feet for walks through towns and villages, not the free trail to Patara beach. 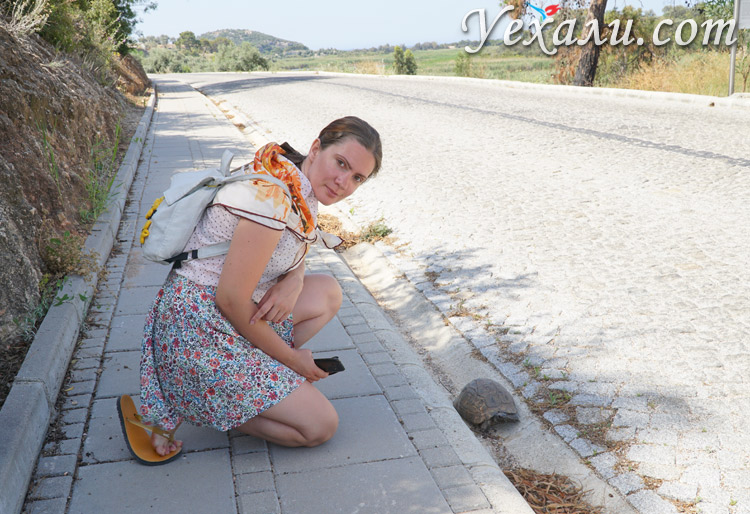 That’s the fearless turtle we met on the way to Patara Beach. However, why should he be afraid – he moves in his own lane! 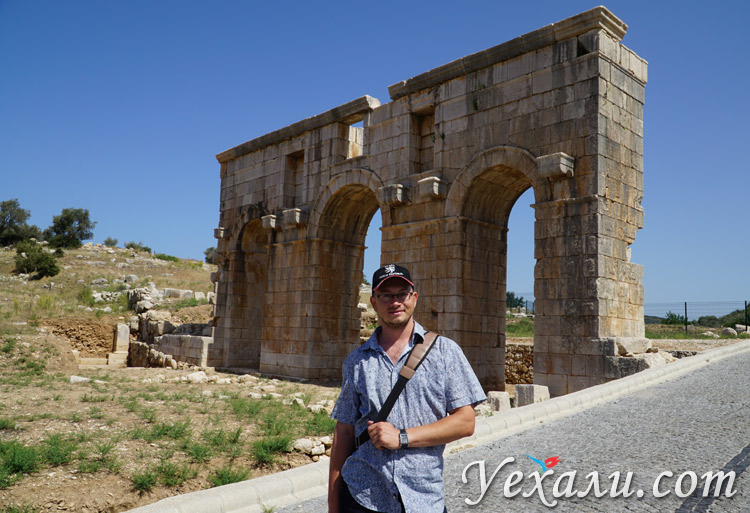 Patara is not just a beach. In ancient times there was a big city and you can see some parts of it on the way to the sea.

Fortunately, there are no hotels near Patara itself – in many ways, this is why the beach retains its beauty and seclusion. The nearest hotels are in the village Gelemish (2.5 km from Patara beach). There is nothing to do in Gelemis, so we recommend our lodging in the town of Kas, from which you can get to Patara either by shuttle bus or by rented car. Kaş is a true pearl of the Turkish Mediterranean Sea, a charming town with picturesque streets and stunning scenery.