Vietnam is half a young Asian tiger and half an open-air museum of true socialism. And while there is no doubt which half will eventually win, no one knows when it will . Only Vietnamese spas, combining Asian traditions with Western trends, have long since reached world-class.

Vietnam is most often associated with war, jungle and “Apocalypse Now”. This stereotypical perception of the country overshadows its centuries-old history, rich culture and simply fabulous scenery. Meanwhile, Uncle Ho’s country is capable of surprising . It is too big and diverse – stretching from north to south for 1600 km (a bus ride from Ho Chi Minh City to Hanoi takes 30 hours), located in several climatic zones and two regimes: in the north strictly socialist, in the south with a capitalist legacy after the Republic of Vietnam. 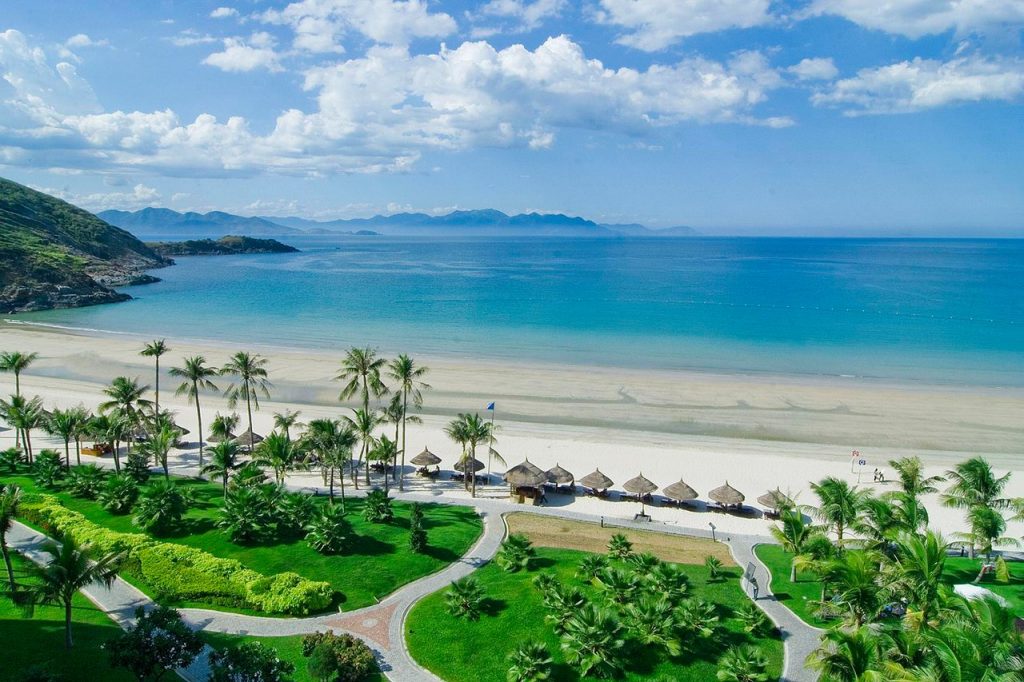 It is a land of images, certain scenes of which, for various reasons, are imprinted in the memory: Tall Americans making their way through the narrow tunnels of Cu Chi, and a filigreed grandfather with a sharp beard making money posing for a photo in a Hanoi temple, the mountainous landscapes of the far north, the floating villages and canal network in the Mekong Delta, the river of motorcycles flowing through the streets of Saigon in the south, and dragon ships bobbing in the waters of Halong Bay in the north, a colorful market in Sapa, an equally colorful temple in Tay Ninh, a center for followers of Kaodaism, and a smiling Mona Lisa bouncing on a motorcycle trunk. After all, Vietnam is a global center of mass image copying .

Renoir, Rembrandt, copies of Picasso and Dali hang in gallery stores in Ho Chi Minh City . Religious and abstract paintings, cubism, surrealism, impressionism . Anything your heart desires. To have the work of art of your dreams, all you have to do is give the artists a painting or a reproduction . Besides the Mona Lisa and the Elephant Man, the most popular are the Ladies with Weasels of all sizes. In addition to works of art, tourists in Vietnam buy cone-shaped non bai tho or non la headdresses. Women also buy cleavers (necessarily at the market, not in the store) and sew elegant traditional ao dai suits made of silk (long tunic, slit on the sides and loose pants).

The largest city, Ho Chi Minh City, is still widely known as Saigon, although it is really just the name of the central part, District No. 1. Wandering between the colonial buildings (a remnant of the French era), one gets the impression that all motorcycles and scooters from all over the world were assembled and released on the streets of Saigon . Statistics show that there is one motor for every two Vietnamese. They all squeeze effectively between Buddhist, Chinese, Thai and Kaodai temples, hundreds of kiosks blocking the road and sidewalks, street food pots, hammocks with vacationing families and tourists waiting for the extreme heat with beers in hand. 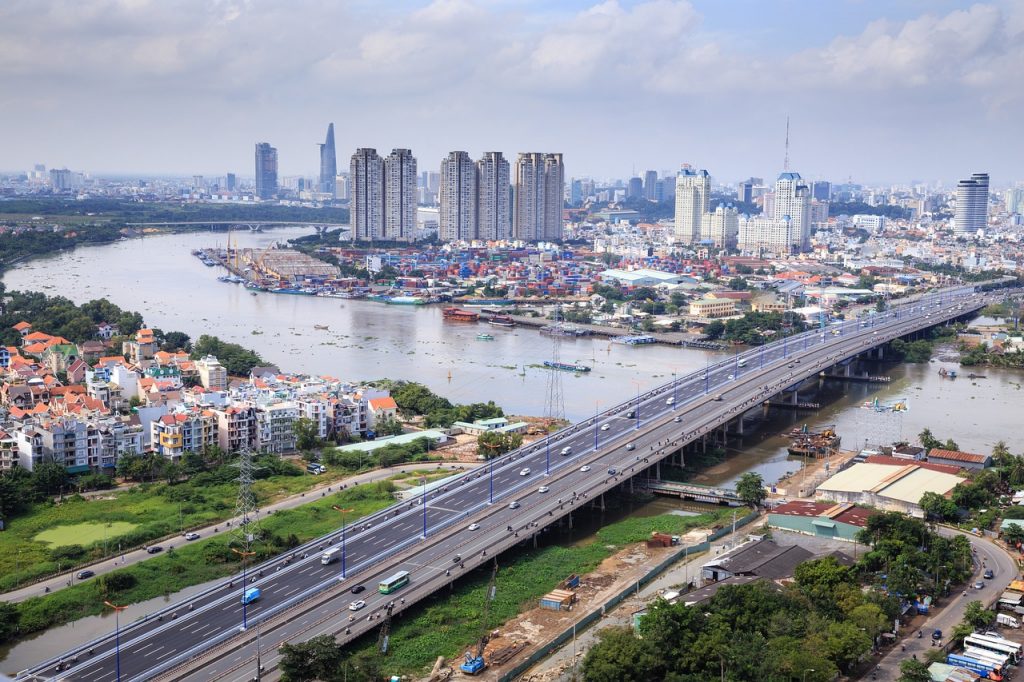 The consequence of the large number of two-wheelers and the small amount of asphalt is complete chaos on the roads . Highway 1 runs along the entire coast from Ho Chi Minh City to Hanoi. To get to the major resorts – Nha Trang, Hoi An, Hue or Mui Ne – you have to take it. This road is a highway in name only, because it has one lane in each direction, but at least it has asphalt. The buses run at a speed of 100 km / h, although their technical condition does not give them the right to even 50 km / h.

Spa and relaxation on the beach

After an exciting trip, the reward is relaxing on the beach in Nha Trang, visiting the most atmospheric colonial town of Hoi An or Vietnam’s version of the Forbidden City in Hue and the ruins of the Cham temples in My Son. You can find your own oasis of tranquility in the less visited town of Mui Ne. In addition to quiet guest houses and hotels (each with its own beach) and a picturesque fishing village, there is a national park, that is a piece of desert with dunes and views of the sea.

Undoubtedly, the biggest gem of the central coast is Hoi An. Since the 17th century, the city has been one of the most important ports on the Silk Road, or at least the most important in the South China Sea. Its name, Hoi An Pho, promised refuge in the “city of safe landing. Chinese, Japanese, and finally European merchants stayed here. Along the main street, they erected buildings of the best wood, bringing pieces of their world to Hoi An. Thus were created Chinese temples, a Japanese bridge, a Buddhist pagoda and countless colonial houses. Modern Hoi An is charmingly dilapidated. 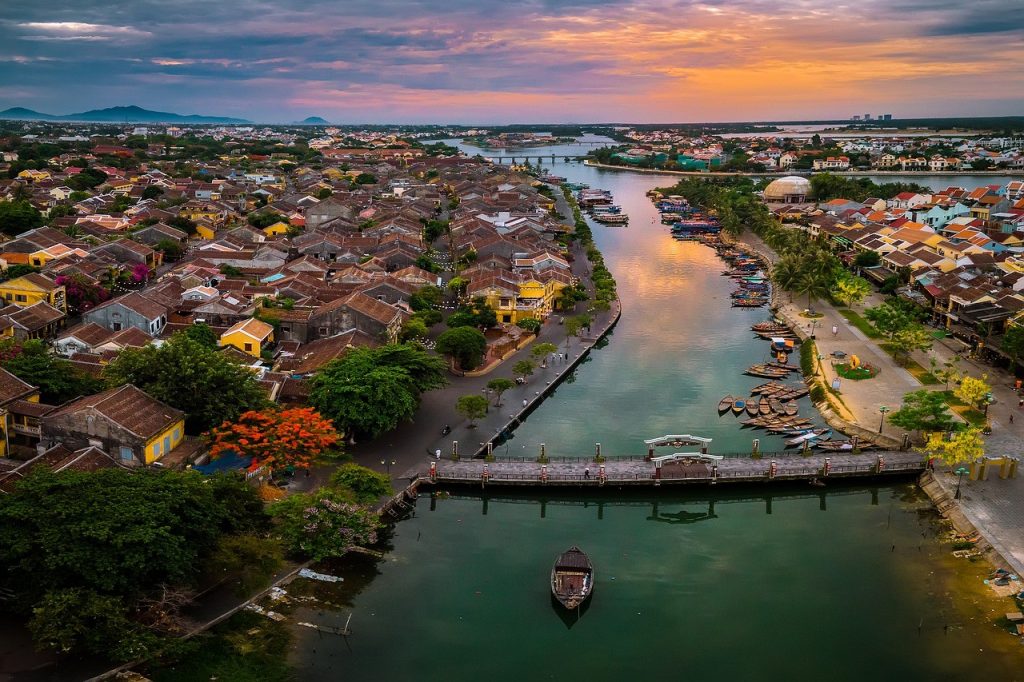 Spa and relaxation on the beach

The largest resort in Vietnam is Nha Trang. Here the season lasts ten months a year, except for November and December, the rainy season. Here, too, are the most beautiful beaches and promenades, the most diving bases and the most luxurious hotels. To experience a little luxury combined with relaxation (massage, manicure, pedicure or one of the many facial and body treatments), you do not even need to visit beauty salons and spas. It is enough to go to a wide sandy beach 6 km long, where they offer all these services. After treatment and swimming in the sea and the sun is worth going to the beach for lunch – sure to have delicious fish and seafood, which is a local delicacy. The biggest attraction in Nha Trang is the boat trips for diving, snorkeling or nearby islands.

Despite the fact that Vietnam is located on the sea and has a coastline of 3,451 km, up to three-quarters of the country are mountains. In some places they descend to the sea or grow right out of it, such as Halong Bay.

Halong means “where the dragons come down to the sea. According to legends, the bay was created by mythical creatures. The circumstances of the dragons landing on this piece of land are represented in different ways . One legend tells about the whole family of dragons, which was to help the people living here to fight the pirates. Another mentions only one winged beast living in the surrounding mountains. When the dragon strolled along the shore, its tail pressed into the deep valleys, and when it went swimming in the sea, the water poured into the hollows. Although scientists have mentioned something about sedimentation, transgression, weathering and karst, local fishermen stubbornly stick to the dragon version. Moreover, they even claim that this “fire monster” still lives in the waters of Halong (e.g. Vietnam’s Loch Ness). Indomitable by the water and tourist police, not even by immigration. Today, apart from the “Vietnamese Nessie”, hundreds of junks and ships cross the bay, each with a dragon on the bow. 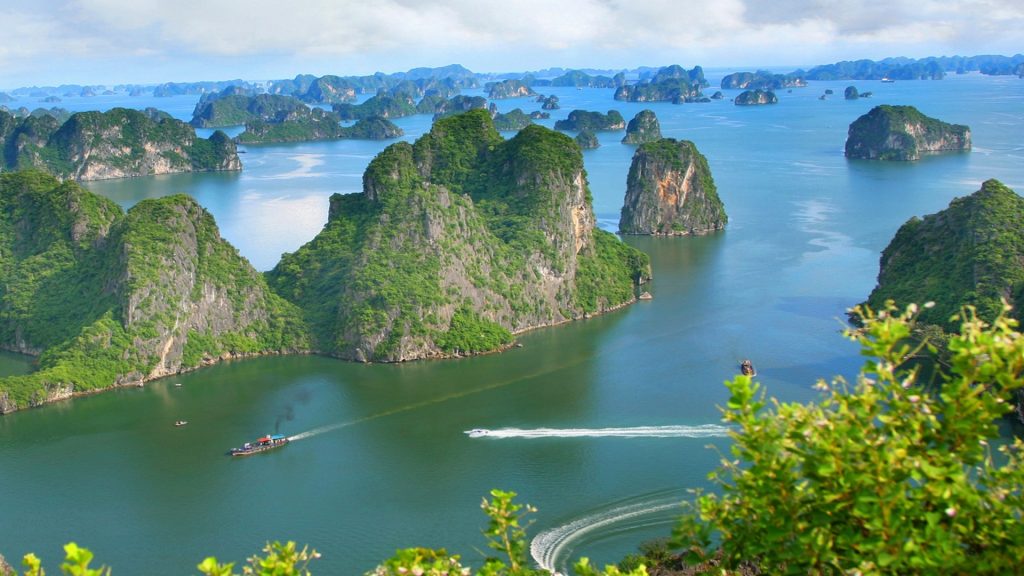 Halong Bay is a natural wonder that takes your breath away and is difficult to describe. An ethereal landscape of three thousand rocky cliffs rushing straight into the sky.

Do you like spicy sauces? Prepare a chili sauce! Here are 6 best recipes with step-by-step preparation and photos. Take your pick and enjoy! You can buy this sauce in stores that sell exotic products from other cuisines of the world. It is not cheap, so it is better to try to make it yourself. It turns out just as tasty and spicy as a purchased one.

Find out what are the easiest chili sauce recipes to make at home. Sizzling sweet and sour flavor goes well with seafood and fried fish. Ideal with meats, especially roasted and char-grilled meats. This sauce can also be used as an ingredient in more complex gravies and marinades. We suggest making a sweet chili sauce, which is very popular in Asian cuisine. It can be served with rice, noodles and fried tofu. The sauce turns out a very beautiful color, sweet and searing.

Learn the easiest chili sauce recipes to make at home. This sauce gives “zest” to any dish, turning it from ordinary to a masterpiece. It goes well with vegetables, meat and mushrooms. The recipe is quite simple, and you can add your own ingredients or spices.