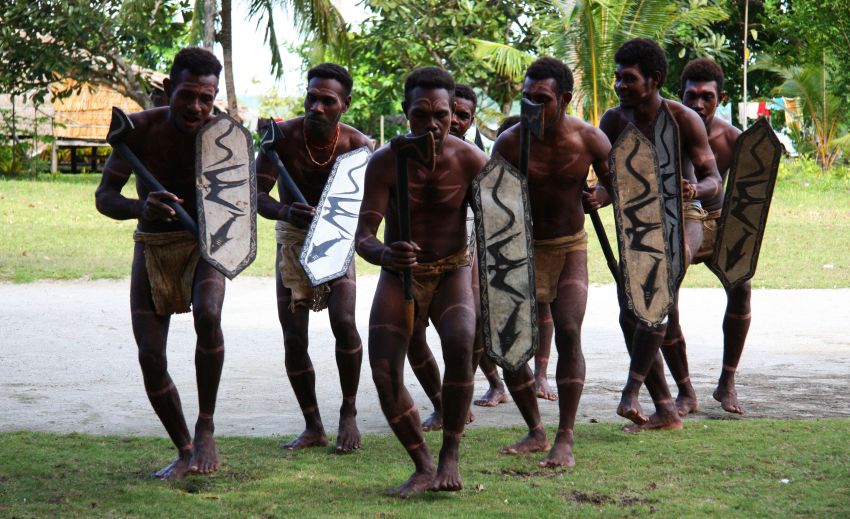 “To a newcomer unfamiliar with life away from civilization, the Solomon Islands can seem like a living hell. Tropical fever, and dysentery, and all kinds of skin diseases are still rampant there; the air there is saturated with poison, which, seeping into every scratch and abrasion, turns them into festering sores, so that rarely does anyone get out alive, and even the strongest and healthiest people often return home a pitiful wreck. The native inhabitants of the Solomon Islands are still in a rather savage state; they eat human flesh with great eagerness and are obsessed with a passion for collecting human heads. To sneak up on their prey from behind and with a single blow of a club to break its vertebrae at the base of the skull is considered there the height of hunting art…”. 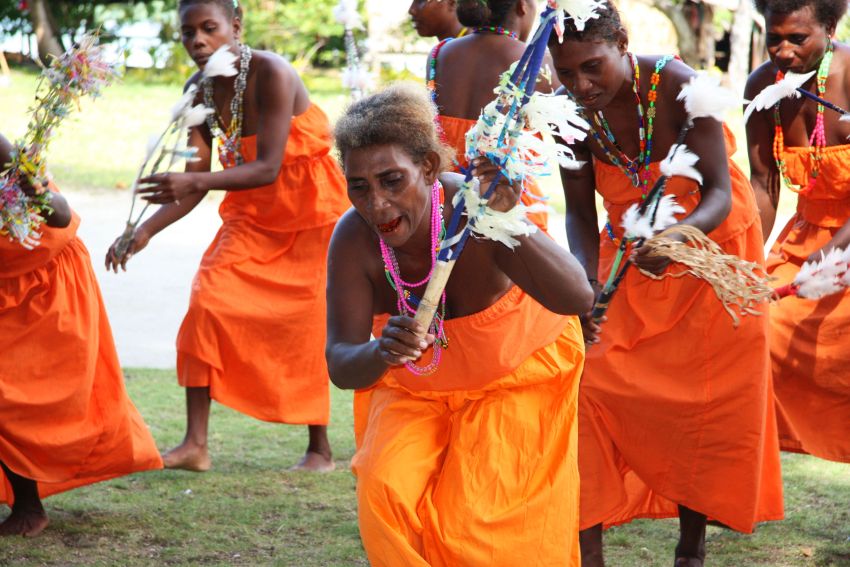 So begins Jack London’s famous story “The Scary Solomon Islands. In the view of many people they are still “scary” even though it is the twenty-first century. I must say that over the century that has passed since Jack London wrote these lines, the situation on the Solomons has certainly changed, but to a much lesser extent than the rest of the world. A first-time visitor to the Solomons is struck by the extreme backwardness, poverty, and comparative savagery of a country whose capital, Honiara, is only three hours’ flight from the modern Australian city of Brisbane. Turns out, a brief three hours can separate lands for centuries. An Air Vanuatu plane turns into a real time machine. 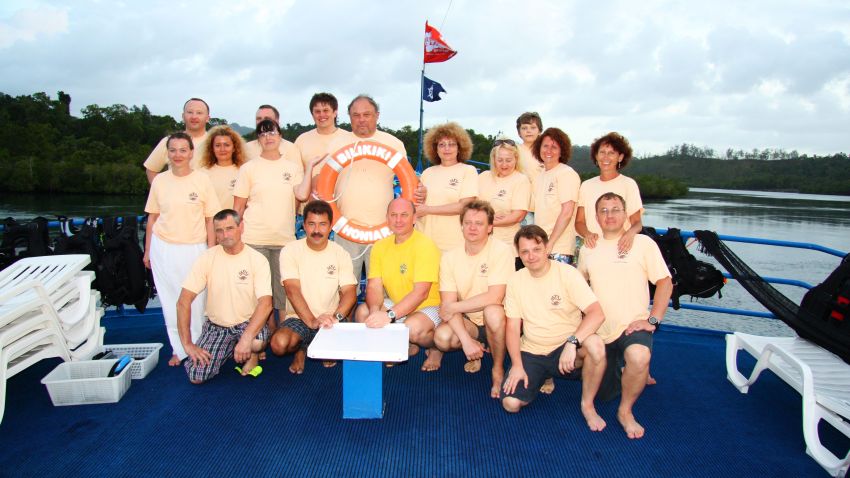 Honiara is a poor street along the sea, with dusty stores, a couple of more or less decent hotels, a parliament, a hospital, a stadium, a casino, a yacht club and other one-story buildings. Private houses and huts are located in the valley and on the hill. The richer the resident, the higher on the hill his house stands to avoid flooding during the rainy season. The heat and high humidity make it almost impossible for a white person to walk in the city. 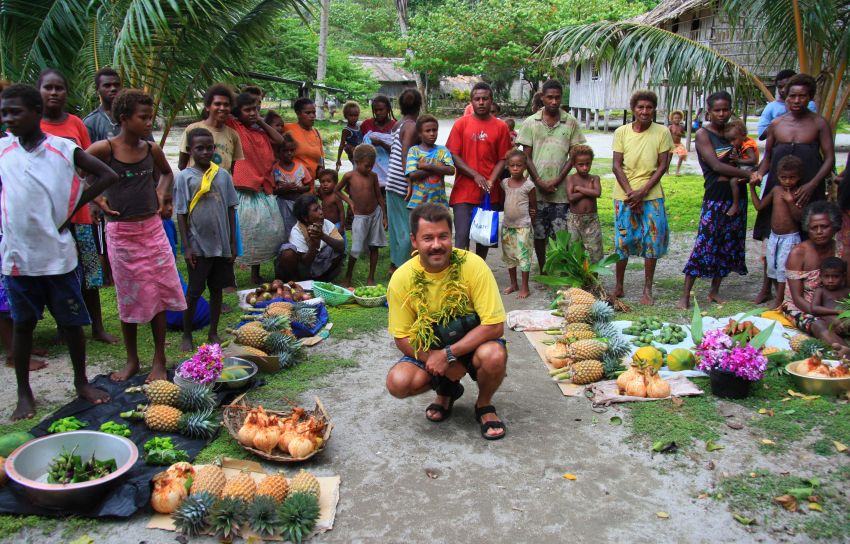 Once one moves a little away from the capital to the islands, even such wretched civilization disappears. The inhabitants of Solomon live in villages along the shores of the many islands in huts made of palm trees, wearing or some dirty old rags, traveling in pies hollowed out of palm trunks, eating what they catch in the sea and gather in the forest. In general, they live just as in the days of Jack London, or as their distant ancestors lived centuries ago. The hot climate, food-rich sea and lush vegetation allow the natives to take it easy in their struggle for existence and engage in primitive gathering. Some villages, where the missionaries are especially strong, sluggishly and lazily engage in farming, growing all sorts of leafy things and raising little pigs. Naturally, the natives no longer beat each other with clubs, devour bodies, or collect heads. However, almost every village has ritual pagan caves, in which the skulls of killed enemies and eaten friends are still lying around. 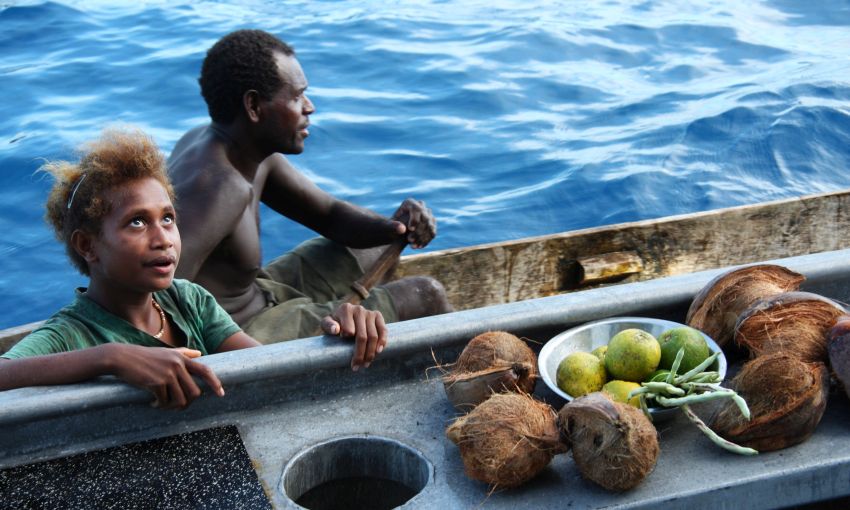 The natives are different: the country of the Solomons is not a single archipelago, but an artificially assembled multitude of islands in the southern Pacific, among whose population there is nothing in common. The Solomons consist of several archipelagos, which are considered provinces. In the different provinces, the natives differ in skin color, skull structure, figure, traditions, and attitudes toward white aliens, not to mention their native language. For example, on the islands of New Georgia the natives are very dark-skinned, rather large and stoutly built, with a heavy and gloomy look and a relatively high standard of living. On the islands of Florida, the natives are brownish-brown, with facial features closer to those of Europe, thin and short, pleasant to talk to and very friendly to strangers, dancing and singing well. But the island of Malaita is a source of aggression and hostility: even at the time of colonization, the Malaitans were particularly indomitable and aggressive. Resettlement of Malaitans on Guadalcanal Island caused a bloody civil war between these tribes in 2000, when the Australians were even forced to introduce troops into the country. The archipelago of Choiseul on the border with Papua New Guinea is inhabited by stocky people of a bluish-black color and dense build, with huge heads of negroid type, calm and silent. The inhabitants of different provinces and even different islands and villages of the same island speak different languages, communicating with each other in the South Pacific dialect of English, the so-called Pegin English.

READ
Bolzano, a city in the Dolomites, its nature and places of interest 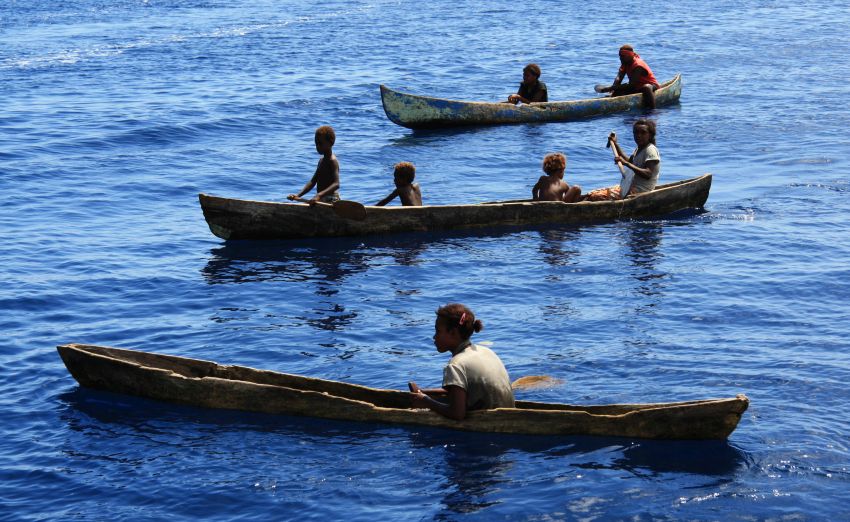 The primitiveness of Solomon’s population and almost total lack of civilization is the reason for the lack of tourist infrastructure. In spite of the fact that the number of tourists grows steadily from year to year, all of them, as a rule, live in hotels on the capital island of Guadalcanal and have no idea what the Solomon Islands are. There are virtually no hotels or cruise ships on the islands.

The only way to see the Solomons while staying in the twenty-first century is a diving safari boat, such as the Bilikiki. Converted from a fishing seiner, with a great crew of local natives under the guidance of Australian managers Monty and Michelle, the Bilikiki leaves a favorable impression. Diving is done from aluminum bots, similar to Maldivian dhoni. The most unusual and wonderful thing about diving on the Solomons is that there are no divers anywhere, thousands of miles around, except those in the group on the boat. 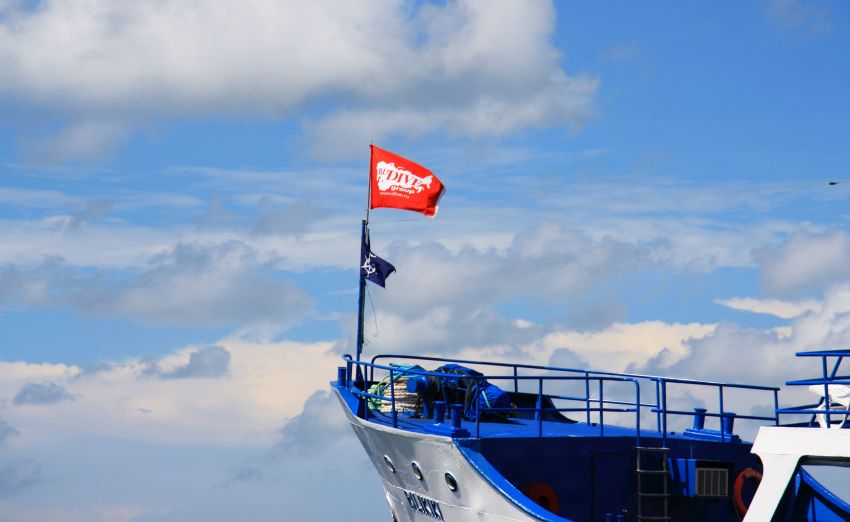 Solomon’s underwater world has an unusually high biodiversity, even compared to other regions of the southern Pacific. Stunningly beautiful coral reefs are filled with a huge number of fans of giant gorgonarians up to five meters wide. The vertical walls going into the abyss are covered with a fluffy red-pink carpet of soft coral. In the thickets of algae and bundles of corals with clams on the sandy slopes, unusual monster animals of fantastic shapes and colors are hiding. In the lush jungle of branching colonies of coral acropora also has its own inner world of a variety of invertebrates and fish. Swarms of sharks, barracudas, caranx and all kinds of pelagic fish swim in the water column near the coral reefs, and mantas, mobulas and eagles soar. Solomon’s underwater world is still largely unexplored, and new dive sites open up on every dive safari. Now on the “menu” about a hundred dive sites, many of which are similar to each other, but some bright and rich places should be noted in particular.

READ
5 places of power to find yourself 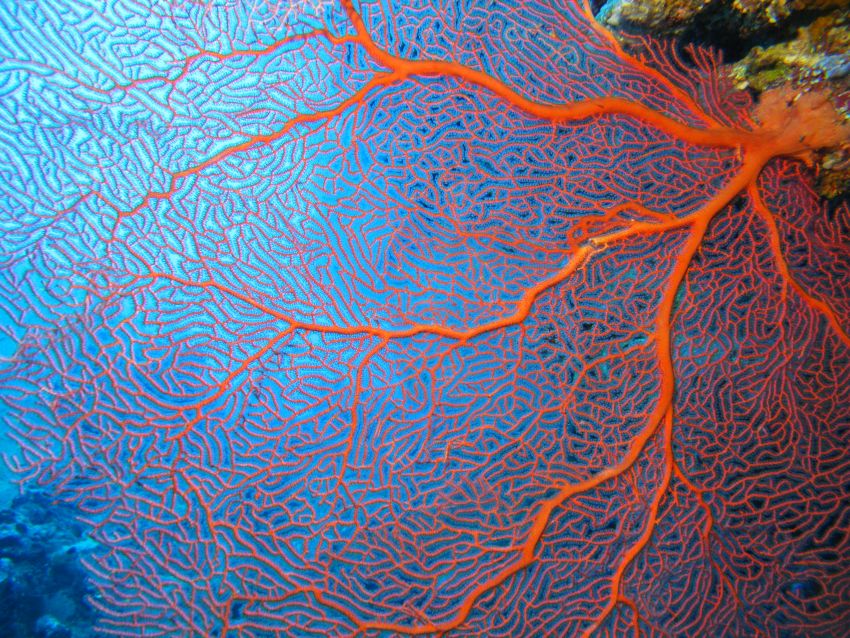 Barracuda point is similar to the famous Blue Corner on Palau. A long ridge of reef juts out into the open sea from the wall of uninhabited Mborokua Island between the Russell Islands and New Georgia. The best diving is on the strong current, with swarms of pinnipeds, barracudas, caracasses, tuna, sharks and other pelagic fish walking around the ridge. The stronger the current, the more fish there are. It is only necessary to get a foothold on the ridge on the “windward” side and admire the powerful predators gracefully snaking along the reef. It is better to have a hook on a rope so as not to hold on to the reef with your hands, for there are quite a lot of stinging species. 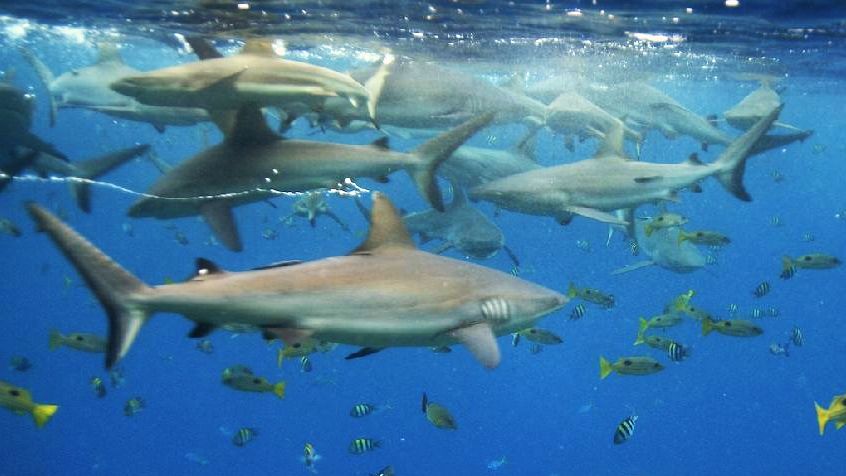 The Leru cut on Russell Island appears in all the photo albums about the Solomons. A long gap in the reef wall runs out of the sea for two hundred meters into the depth of the island. Above the canyon formed are palm trees, which are clearly visible from under the water, and from the precipitous walls above the surface of the sea hang beautiful karst stalactite-like outgrowths. As you leave the cave, the current picks you up and carries you along a precipitous, beautiful reef wall covered with gorgonaria into the bay by a wild indigenous village. 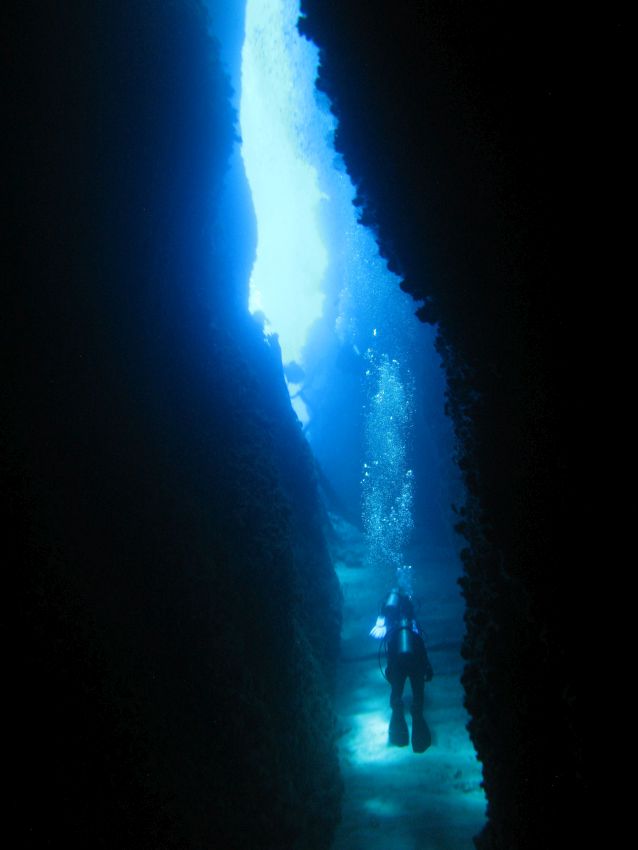 Not far from the Leroux cut there is a “Custom cave” that resembles a Catholic temple: the sun’s rays pass through a window in the domed ceiling, they fall to the bottom of the cave and play in the clear water. You can climb up to the window and admire the palm trees bent overhead, and appreciate what a halocline is: through a hole in the ceiling rain fresh water enters, which collects and stands lightly in a cap near the ceiling. If you mix the salty and fresh water layers with different densities with your fins, visibility is lost almost completely, so you want to rinse your eyes to see anything at all. Next to this cave there are many others. In some of them there are huge bumpy-headed parrots hiding. If you unexpectedly encounter such a giant nose-to-nose at the entrance to the darkness, an injection of adrenaline in the blood is guaranteed.

READ
Commonly known sights that are not perfect 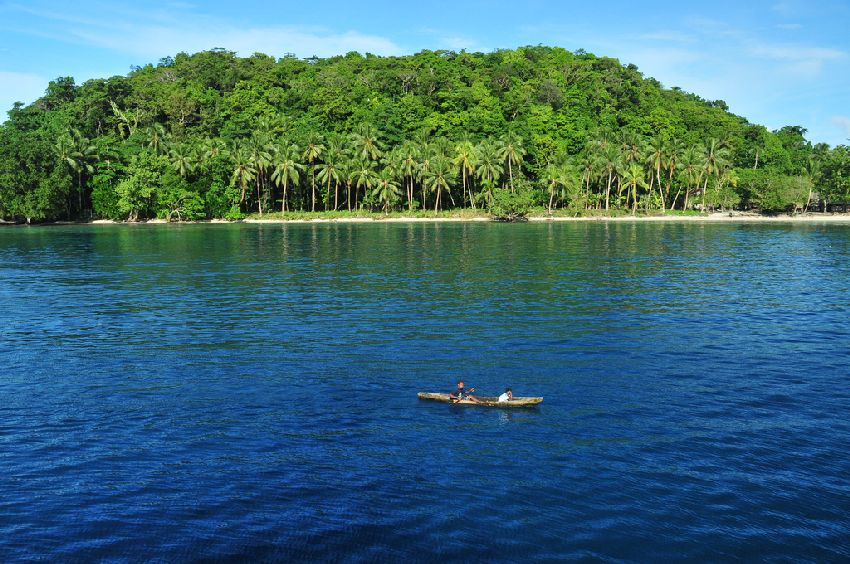 The uninhabited Male Male island of the New Georgia archipelago has one of the most impressive shoreline reefs. The vertical wall, extending to a depth of 60-70 meters, is so thickly and densely covered with giant fans of gorgonians that it looks like a fairy-tale forest of fantastic plants. Nowhere else have we seen such thickets of gorgonian corals in the openwork branches of which hide amazing pygmy seahorses, colorful sea lilies, rare transparent shrimp, crabs and other small invertebrates and fish, forming a unique biocoenosis in the coral branches. At a depth of 30-40 meters on the Gorgonaria also live huge Gorgon Heads – large ophiurids with strongly branched long tentacles. 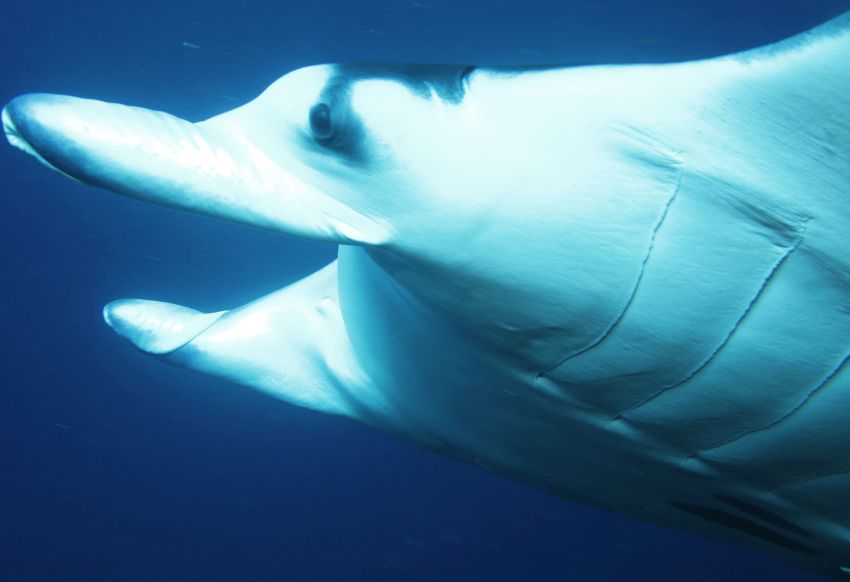 Laguna point is remarkable because from a beautiful but quite ordinary wall there is an entrance to a shallow lagoon with extremely beautiful coral colonies, above which coconuts float and flocks of squid graze.

The Florida archipelago and the coast of Guadalcanal Island are famous for World War II wrecks, the kind you can’t see anywhere else. More than a hundred wrecks: cruisers, destroyers, transport ships, transport planes, fighters and bombers rest from shallow waters to depths accessible only to trimixers and bathyscaphs. In 1942, the Americans stormed Guadalcanal Island, where the Japanese were building an airfield to attack Australia and New Zealand. During the battle for the island many pieces of military equipment were sunk. No one has ever been to these racks. There are sites whose coordinates are known and to which dives are made, such as a four-engine seaplane on South Florida Island or Japanese transport ships near Wangunu Island. 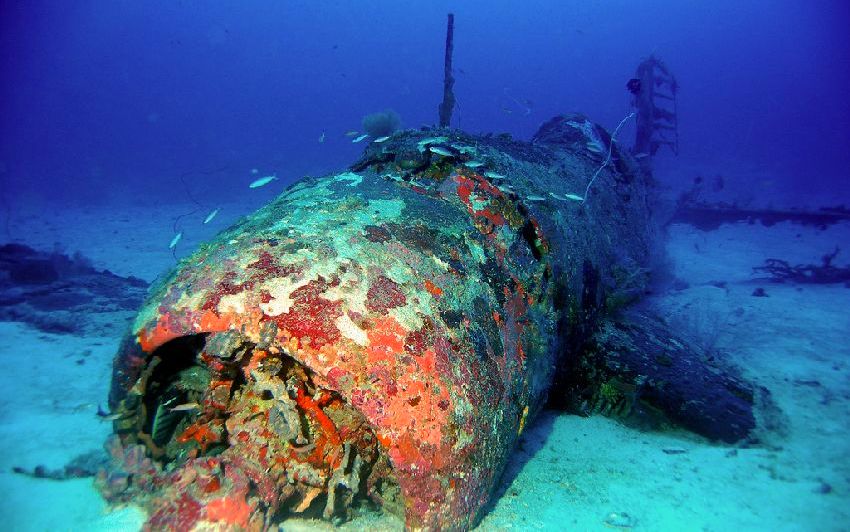 The overall impression of diving on the Solomons is an amazing variety of dive sites and the underwater world itself. There is diving for all tastes: vertical walls with a negative slope for tekes, coral reefs and thickets of soft corals for aesthetes, packs of pelagic fish and sharks for big game fans, tiny monsters for macrophotography, caves and grottos for fans of overhead environments, sunken objects for rakers and, of course, the general wilderness and virgin nature. Such was our world in ancient times, and our ancestors also gathered food in the mangroves and made fire by friction, just like the modern inhabitants of the “scary” Solomon Islands. 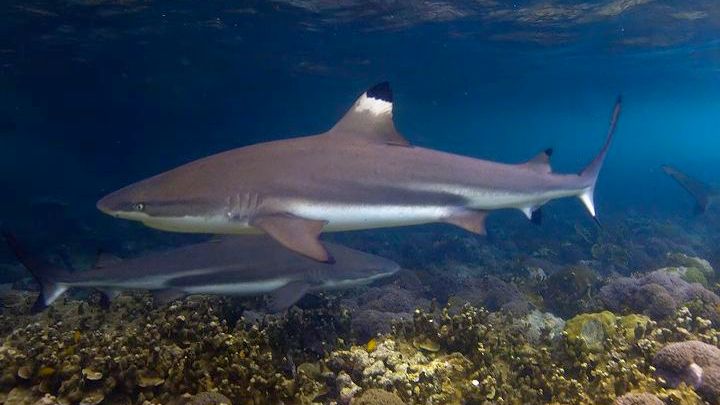 Well, if you are a true romantic and read Jack London’s southern stories in your youth, if the distant exotic islands, the virgin tropical nature, the wild indigenous tribes, discoveries, adventures and travel through time attract you, then the Solomons is the right place for a wonderful journey. A vivid experience is guaranteed!