Thanks to the developed ski resorts Bulgaria is an attractive place not only for beach holidays, but also for winter holidays. Below we will consider a kind of rating of the most popular Bulgarian ski resorts.

Bansko is the best ski resort in Bulgaria. It is divided into three ski areas, depending on the degree of difficulty. If Shiligarnika offered to those who are confident enough to master the skis, Chalin-Valon is specially equipped for beginner skiers, and Banderishka Glade will prefer cross-country skiers. The total length of the slopes is 56 kilometers. Season in Bansko lasts from November to April, during this time besides the main activity, for which all come to the ski resorts, you can visit local attractions – museums, monasteries and the ancient town. For those who are a little tired of skiing on high mountain slopes, offers relaxation in the form of a visit to the local medical springs. Bansko is quite loyal to the tourist and offers many hotels, restaurants and quiet cafes with local flavor. 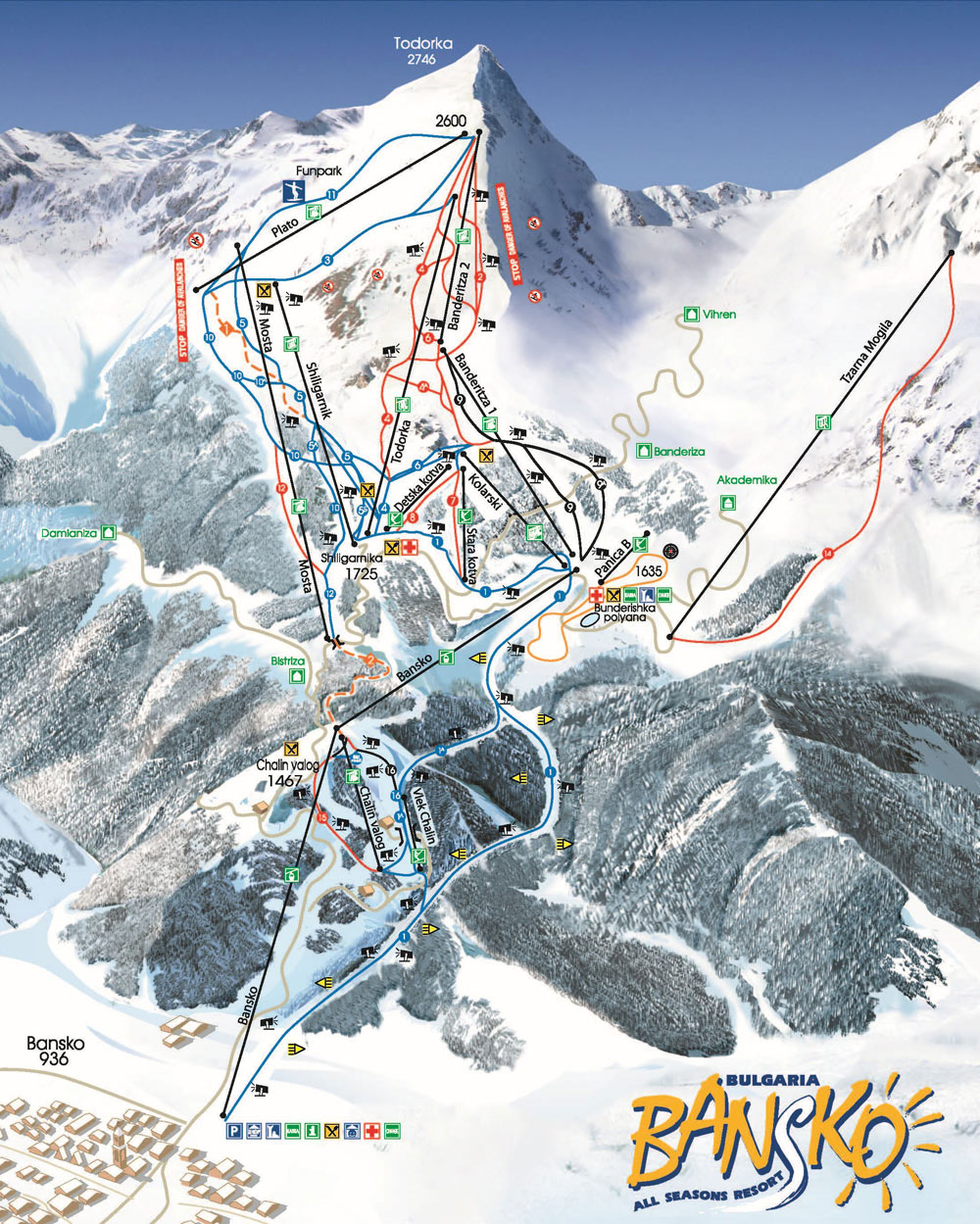 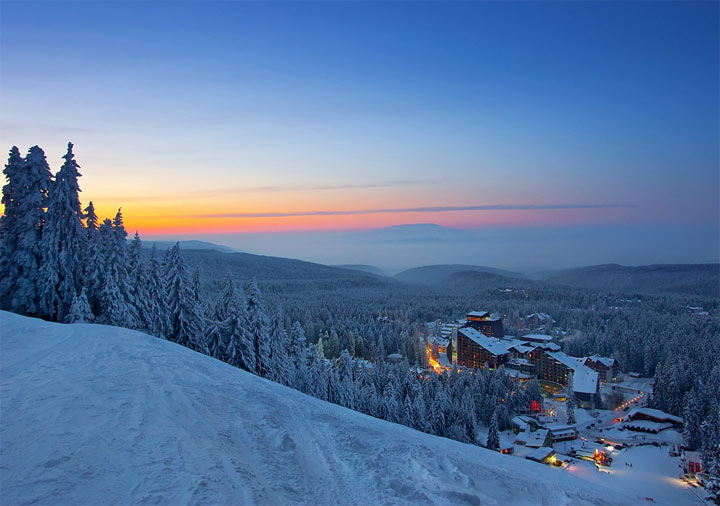 This is the oldest and, therefore, the biggest of Bulgarian ski resorts. You can get to it by bus or by private transport from Sofia. There are free shuttles between the hotels and the elevators to the slopes. The slopes of the resort are divided into easy and suitable for learning Sitnyakovo and more complicated Yastrebets and Markudzhika. There are twenty kilometers of slopes for those who prefer cross-country skiing in Borovets, and serious jumps of fifty and seventy-five meters. In addition to skiing, those who wish to explore the local beautiful lakes, as well as mountain peaks, accompanied by the most experienced guides. For fans of selfies and Instagram there is a special entertainment – photo safari. 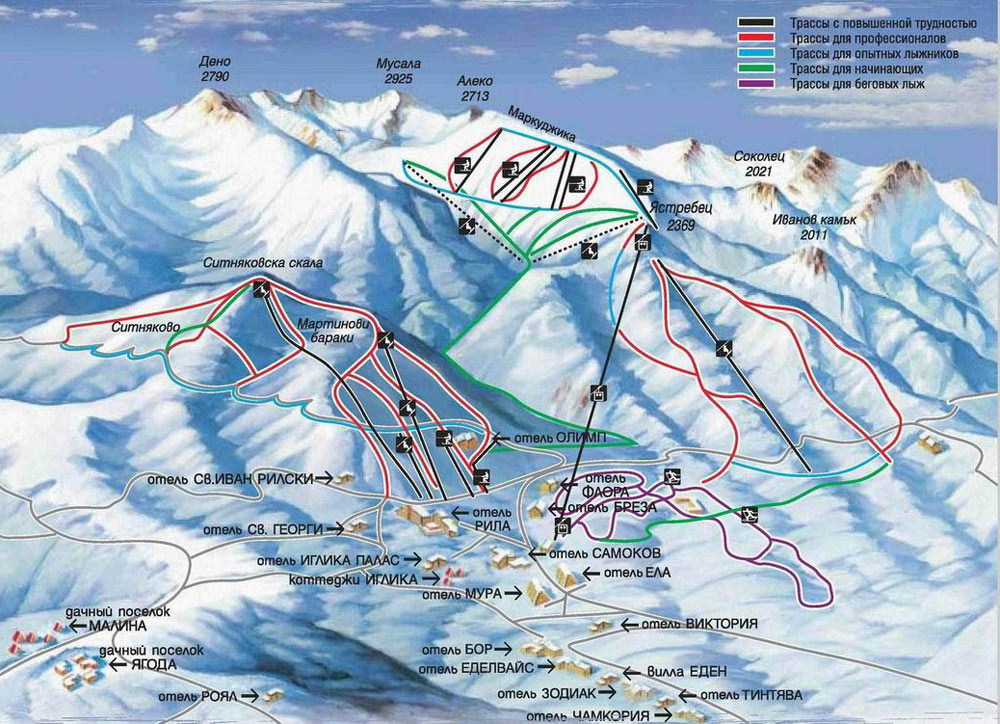 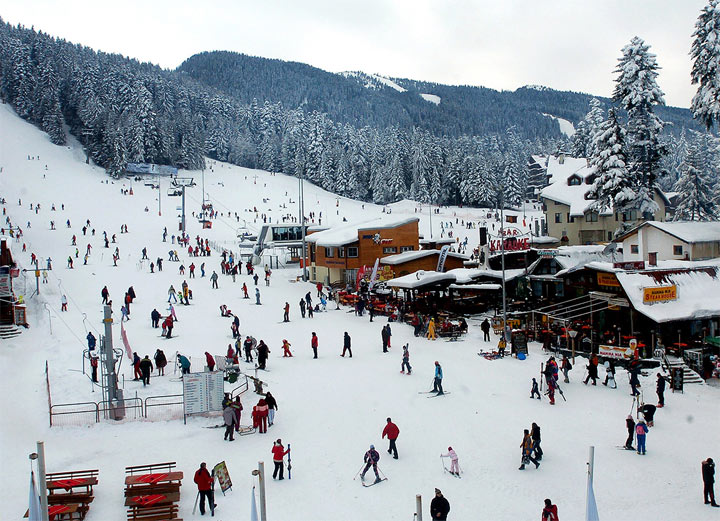 To get to this place it is necessary to spend twenty-five minutes in the elevator. Mount Vitosha is the highest located ski resort and at the same time a national park in Bulgaria. The main season here is in December and January, but for all comers lasts until April. The longest slope is almost three kilometers long. The longest slope is almost 3,000 meters long. Accommodation in the resort is provided by several local hotels with a decent level of comfort, as well as rented accommodation from local residents – rural houses and even huts, for fans of extreme pastime. During the season the local administration organizes carnivals for the benefit of visitors, so in between mastering another snow-covered slope, you can take part in one of the festivals in order to get acquainted with the culture and color of the locals.

READ
Japan, how it all began 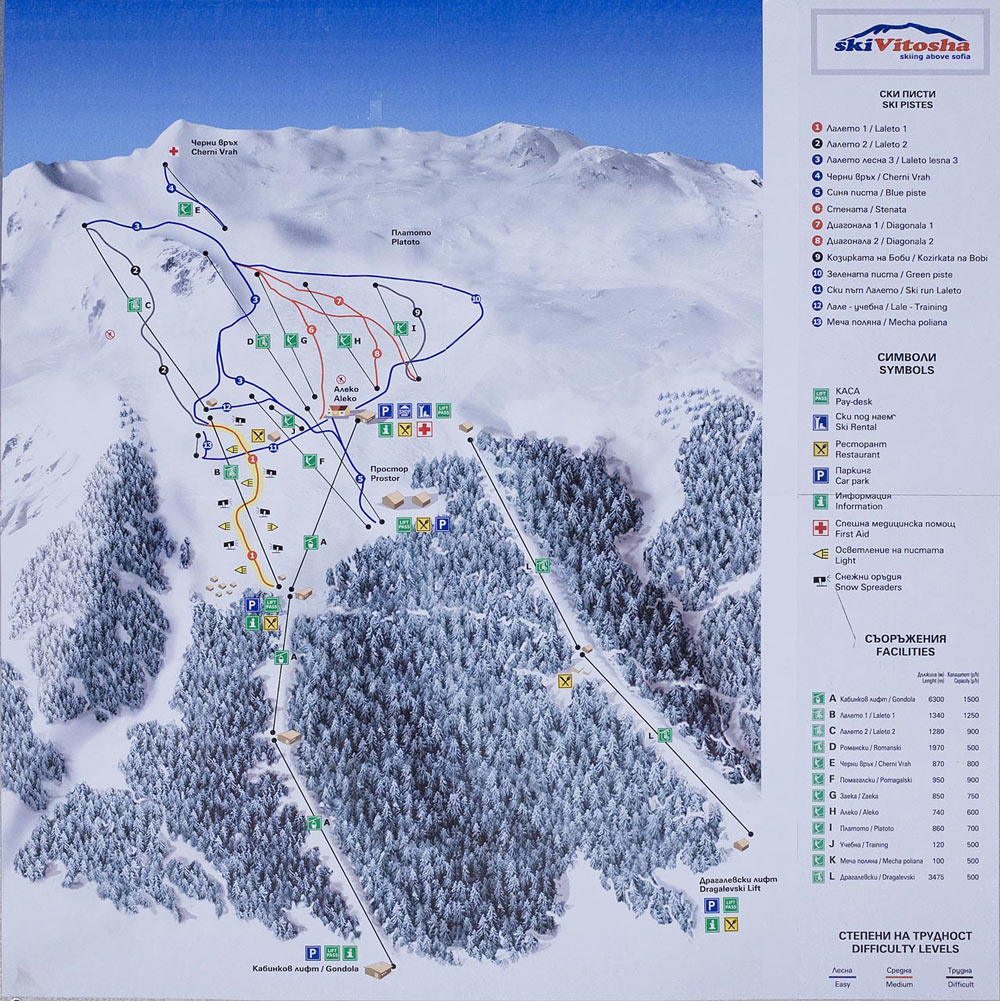 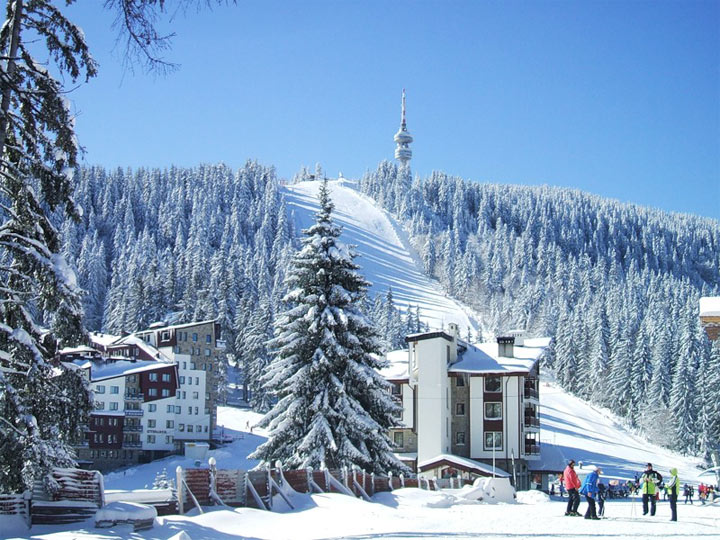 Pamporovo is an excellent ski resort in Bulgaria with a mild winter climate and plenty of sunny days per season. More than two dozen hotels open their hospitable doors, while those longing for slopes flock to the local slopes, which have a total length of 25 km (plus 30 km for cross-country skiing). Four slopes are specially equipped for those who want to try skiing for the first time and are not quite confident on the snowy roads. However, the resort hasn’t forgotten about advanced skiers – Snezhanka mountain is suitable for those who already know how to ski and slope confidently, while professionals can test themselves on Stenat. In addition to the basic activities, which are skiing, Pamporovo offers a variety of shops in the central hotel “Perelik”, as well as excursions to nearby towns and villages, including ethnic villages and castles with monasteries. 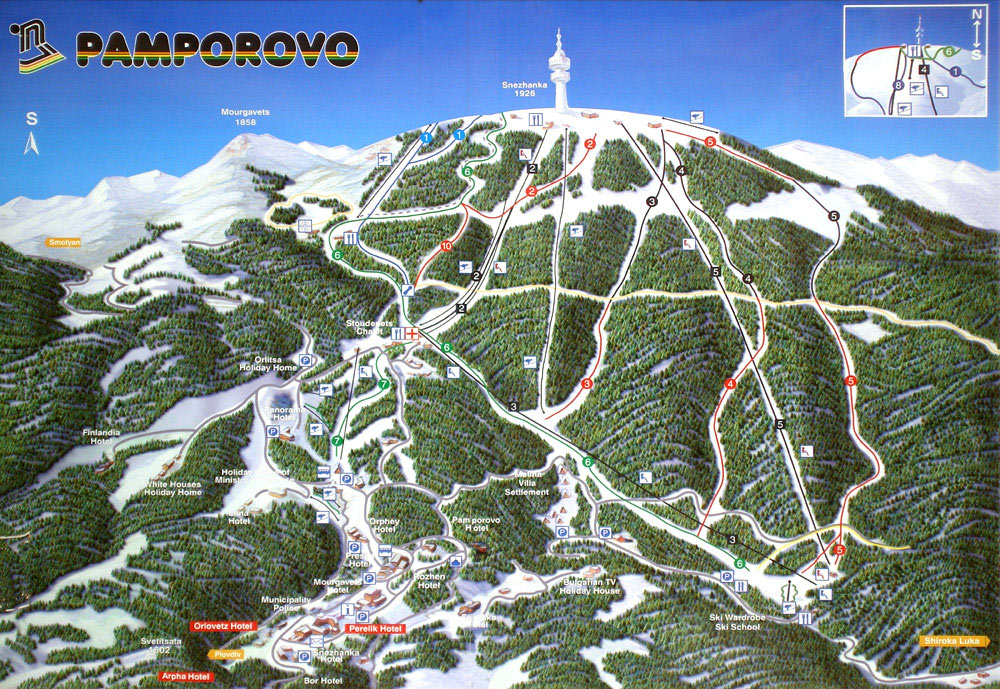 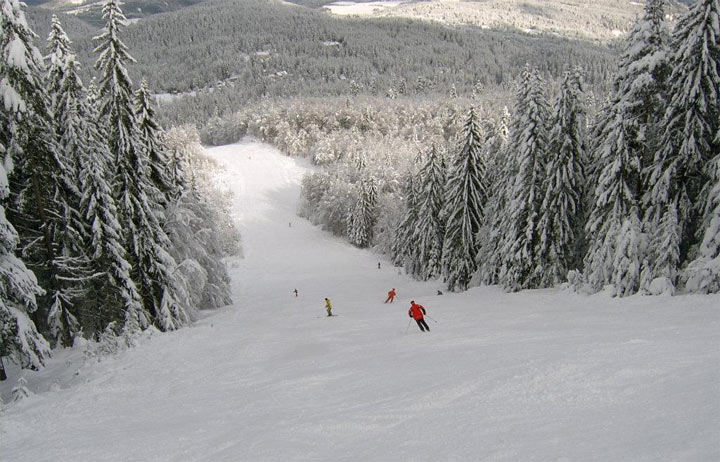 Twelve kilometers from Bansko is another good ski resort in Bulgaria, which in addition to skiing offers visitors and many spa treatments – this is Dobrinishte. With a total length of trails of seven kilometers, there are four main slopes with varying degrees of steepness, length and slope. In addition, Dobrinishte is ready to teach the basics of skiing to novice visitors, up to children – there are several ski schools. Mineral springs and Bezbog National Park are what surrounds the resort. And to the main focus in the form of mountain skiing is attached entertainment in the form of many restaurants and establishments with local cuisine, which everyone should try, as well as bars, cafes and nightclubs – for those who are not ready to get away from the bustle of the city for a long time. 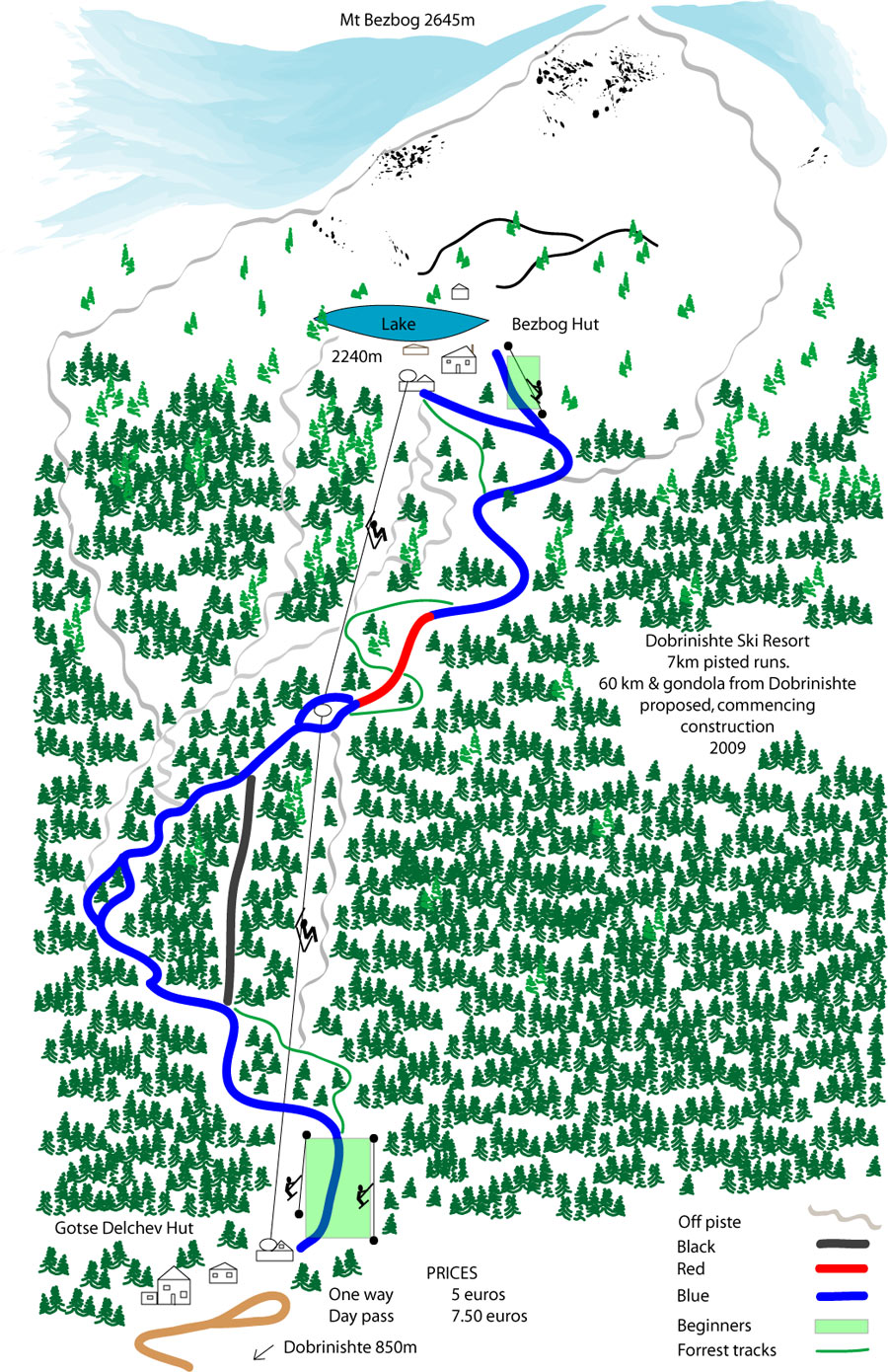 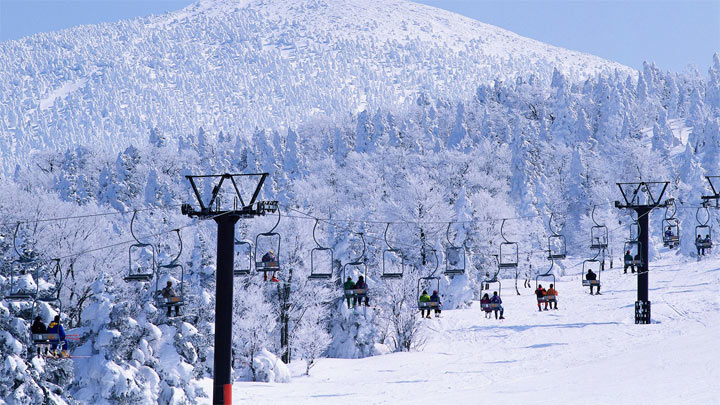 This is the youngest of the Bulgarian ski resorts, but this does not mean that it does not compete with its older and experienced comrades. There are 300 sunny days a year – isn’t that the main attraction of Chepelare? Seven ski slopes combine to give a total length of twelve kilometers. The slopes are equipped for both beginners and those who are professional skiers. A ski school and cross-country trails are a worthy addition to the slopes. Comfortable hotels of Chepelare resort are ready to accommodate a sufficient number of people, but if you need entertainment besides skiing, you will need to go to the nearest large settlement. This place is designed for those who come to ski.

Ski resorts in Bulgaria are a popular destination among fans of active winter holidays. A third of the territory of the Balkan country is occupied by majestic mountain ranges, which mesmerize with their pristine beauty. On the wooded slopes are located sports centers with modern infrastructure.

Developed hotel chains, well-equipped slopes, a wide range of entertainment for different tastes, and reasonable prices are all these features of Bulgarian ski resorts. The skiing season starts in December and lasts till mid April due to the special climatic conditions.

The high altitude of the slopes, reaching up to 2,500 meters, also contributes to the stability of the snow cover. No less important reasons for the growing success of the high altitude resorts in Bulgaria is the absence of language barriers, short flight and the ability to quickly learn how to ski. 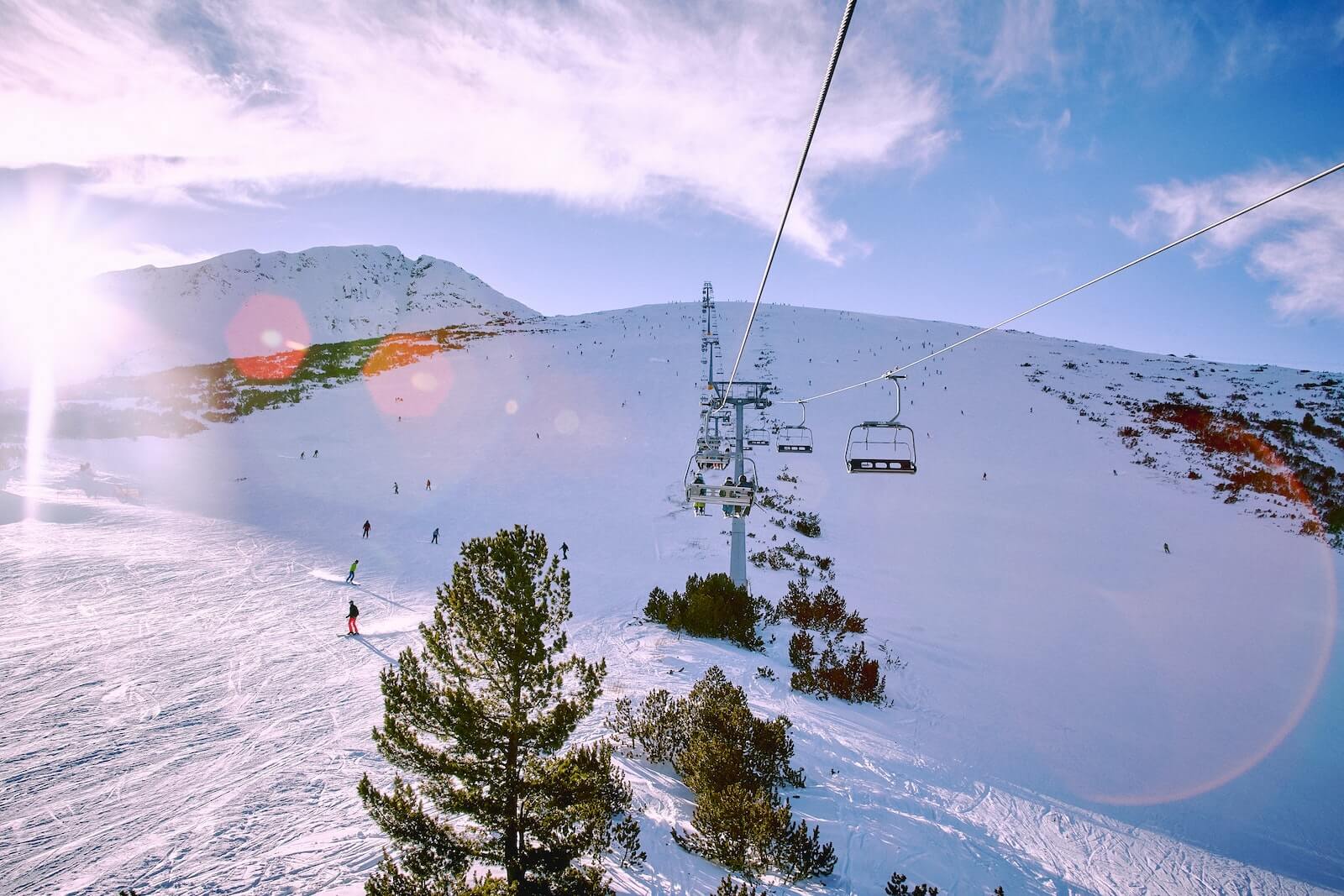 A cozy old town. It is located at the foot of the Pirin Mountains. It is located in the natural national park Pirin. The area is popularly known as a land of mirror lakes and dense forests. The town itself has a rich historical heritage.

In the vicinity of the town there is a large ski resort, which attracts a large number of fans of winter sports, both locals and foreigners. Bansko is a modern complex, equipped with slopes of varying degrees of complexity. There are three zones for skiing.

At a low altitude is located Chalin-Valog. Its wide gentle slopes are great for beginners or amateurs. On the second level, Bandershka Glade, there are plenty of skiing tracks. The top of the complex is Shiligarnika. This is an area for true professionals. In Bansko, snowboarders can comfortably spend time and rest. To jump freeriders allocated a special zone, which opens to them space for creativity and serves as a guarantee of safety for other vacationers. 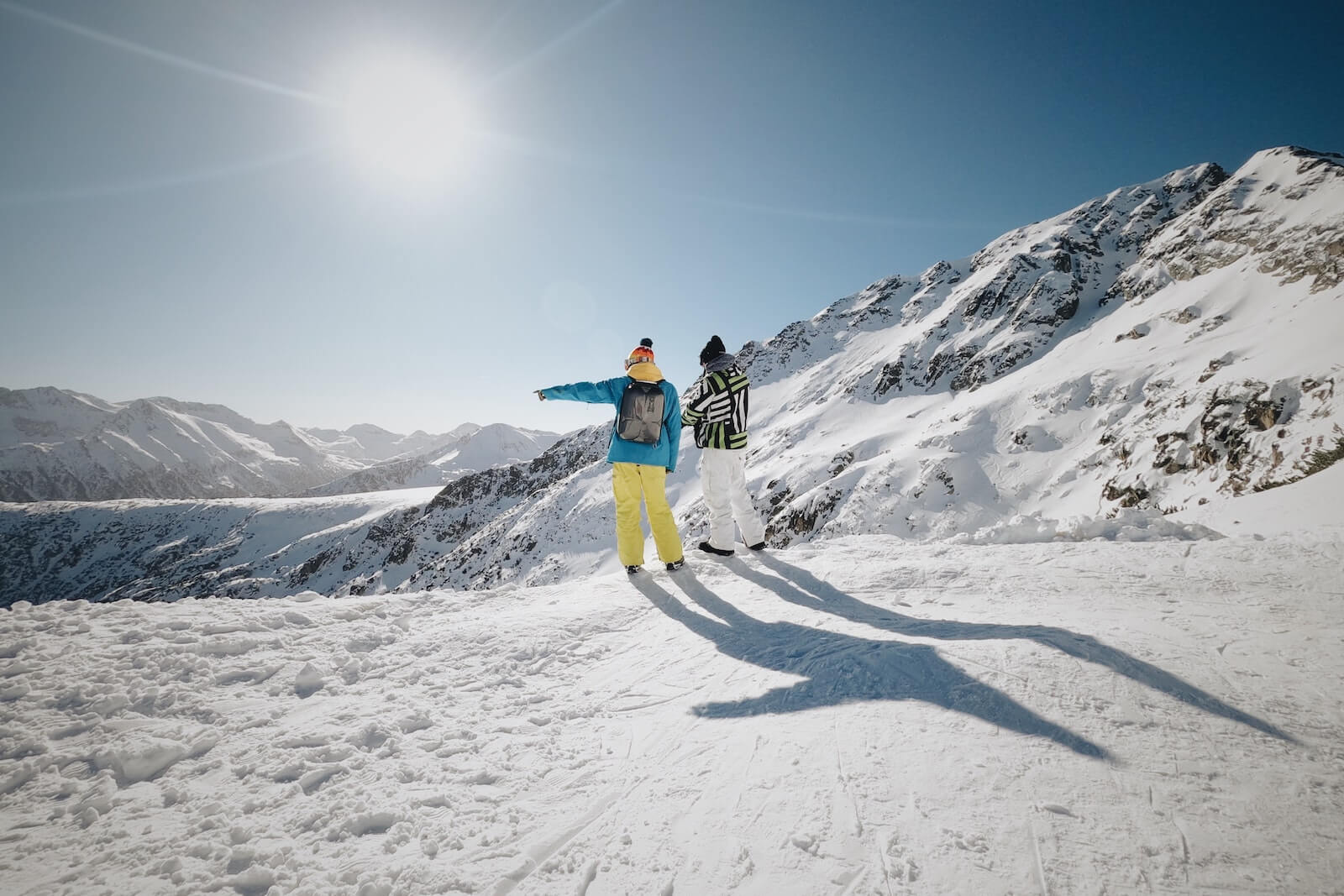 Many winter resorts in the beginning and end of the season have difficulties because of the lack of sufficient snow cover. Ski complex Bansko is equipped with modern European equipment, allowing to maintain the necessary snow level throughout the season.

READ
Gastronomy tourism: where to go for a newcomer

This is a significant advantage of Bansko over other Bulgarian winter resorts. Perhaps Bansko is not as popular among skiers as expected. But this may be considered a positive point – the lack of large crowds of skiers on the slopes and lines at the elevators.

Vacationers in Bansko are not bored. There are no problems with the choice of entertainment. Alpine joys, restaurants, bars and discos. For vacationers there is an opportunity to visit spas that offer therapeutic programs based on the use of mineral waters from the local thermal springs. 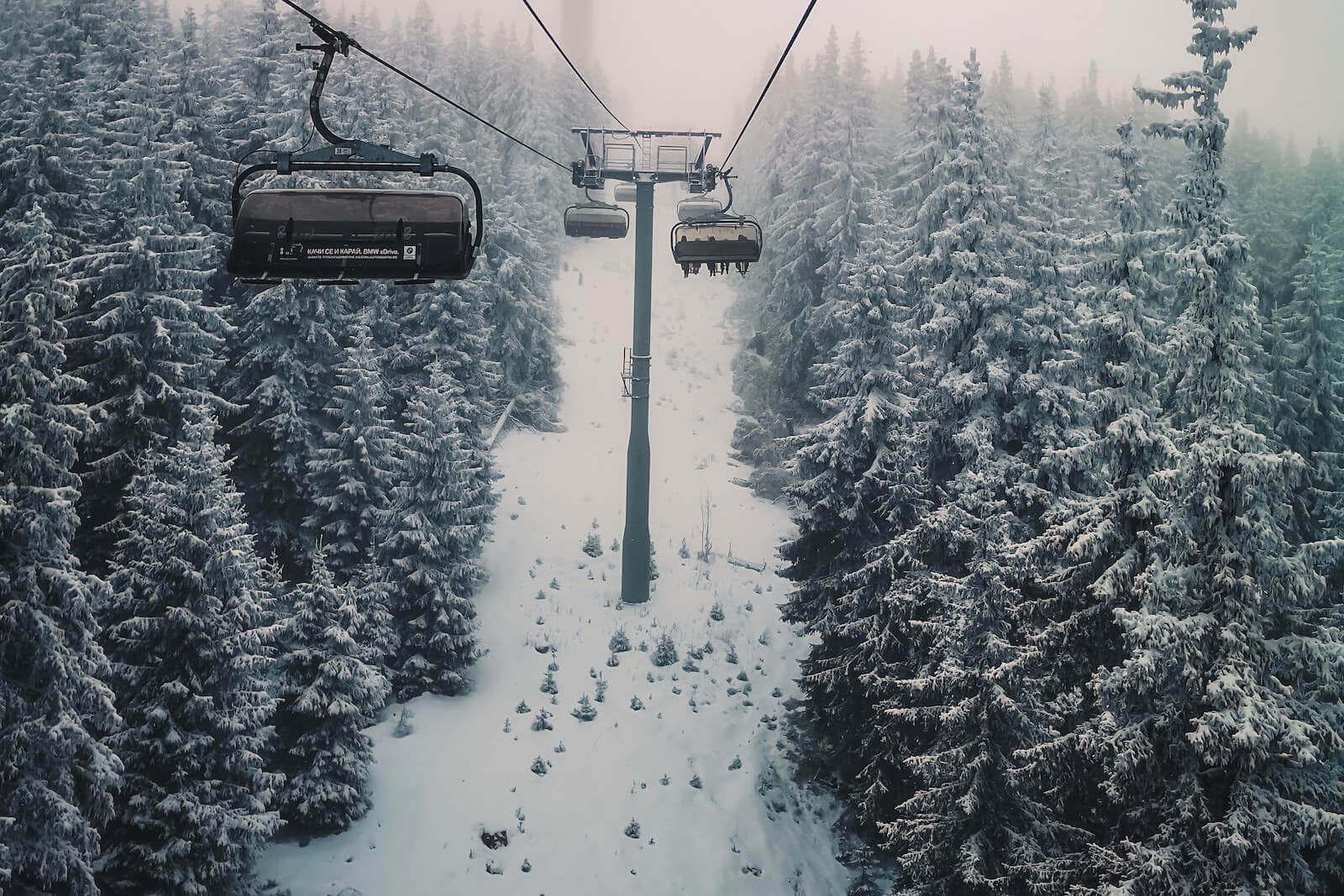 Pamporovo is situated in the center of the Rhodope mountains. It is situated 260 km from Sofia and 85 km from Plovdiv. Pamporovo is considered the sunniest. The slopes of the mountain are covered with thick coniferous forests, and the air there is unbelievably fresh. All the ski areas are located on the slopes of Snezhanka mountain (Snegurochka). The highest points of the slopes are 1450 meters to 2000 meters above sea level.

There is enough room for skiing here for everyone. On the flat and wide slopes beginners get used to the place. Professional skiers prefer to test their skills on a difficult Stenat route that has steep ledges. There are slalom and snowboard tracks for beginners. Ski schools are open. There are no age restrictions for students. Experienced instructors have a professional approach to both children and their parents.

On vacation here is not boring. There are numerous restaurants, chefs are ready to please tourists with dishes of national cuisine, along with them are open doors of cafes, night bars, discos. You can stay in a huge number of hotels of different levels (from economy variant to luxurious five-star). Pamporovo is not inferior in quality and range of services to its European counterparts. 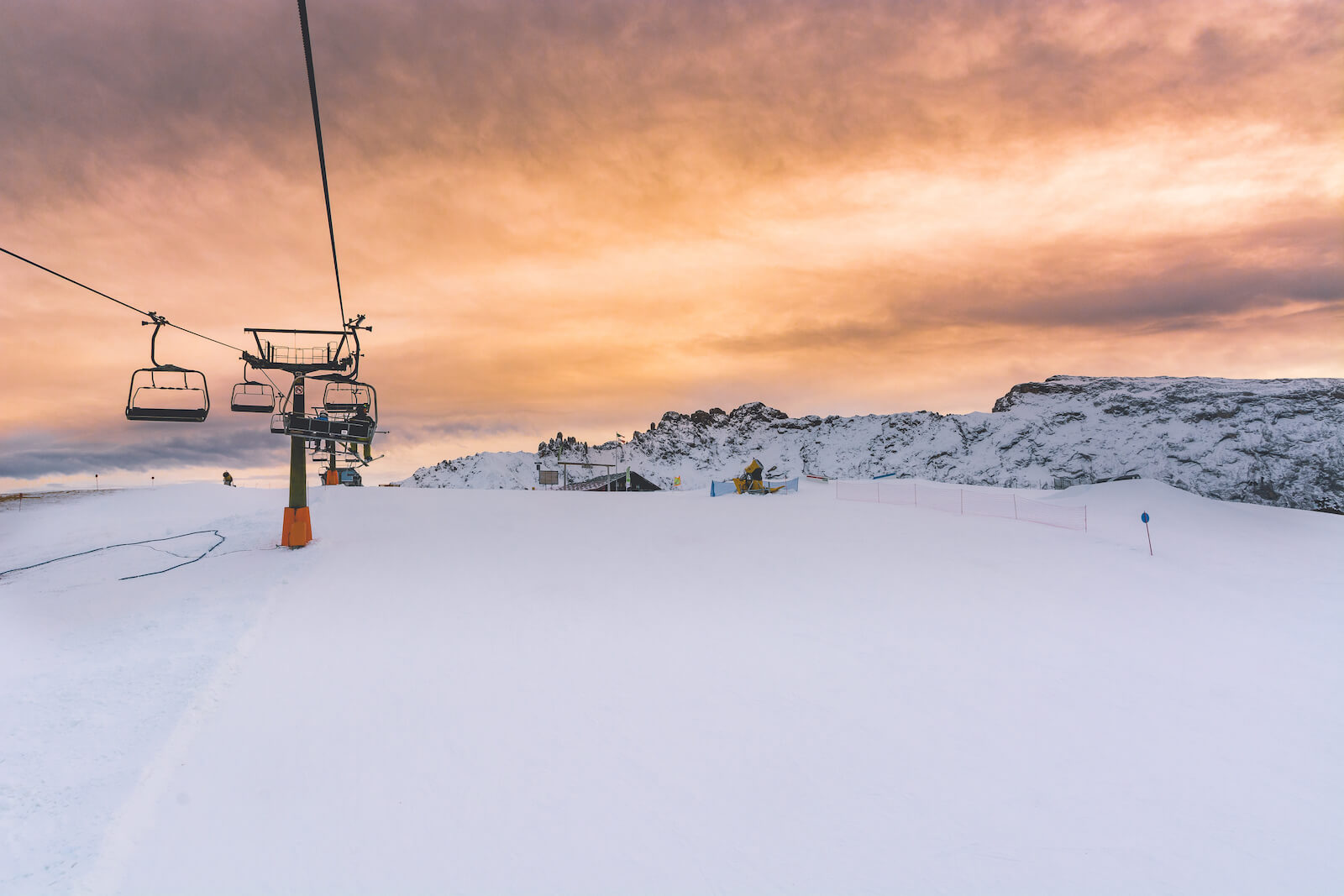 Chepelare is situated seven kilometers from Pamporovo and 70 km from Plovdiv. It is not very popular among the fans of winter entertainment. People, who come here more often, are looking for quietude and solitude, enjoying the beauty of the Rodozhski mountains.

On the outskirts of the town, on the mountain slopes, there is an area called Mechi Chal (Bear Peak). This is a resort complex itself, consisting of small hotels and cottages. Their overall level of service is low, as it was originally intended for low-budget holidays. However, it is worth noting that in Chepelare all holidaymakers are given a full range of priority services.

Chala is the highest point of the resort. There are 7 slopes of various complexity levels. There are slopes for both beginner and professional skiers. There is a cableway to get to the top. The total length of all slopes is 13 kilometers.

Chepelare attracts not only with its sharp turns. There is a thirty-kilometer trail for cross-country skiers on its territory. There is also a fully equipped 5 km section for biathletes. There is a ski school for those who want to try their skills for the first time. Local instructors are ready to share their experience and will put both adults and children on “skis” in a short period of time.

In addition to the natural beauties and ski slopes, the region is rich in historical sights. Those who wish to vary their holiday can go on excursions to Sofia, Plovdiv, Pamporovo. There is a possibility for hiking to the Rozhen Observatory, which is 15 kilometers away from the site. There is no feeling of fatigue during the ride, because the main path lies among pine forests, where it is easy and free to breathe. At the end of the ascent there is a magnificent panoramic view of the Rodozhsky mountains.

Hangout lovers may be left disappointed on a vacation in Chepelare. That’s a minus! But they also have the opportunity if they want to go out for entertainment in the evening or night clubs and discos in Pamporovo. This is a plus. Another positive thing for the rest – the absence of crowds of tourists on the slopes and queues at the elevators.