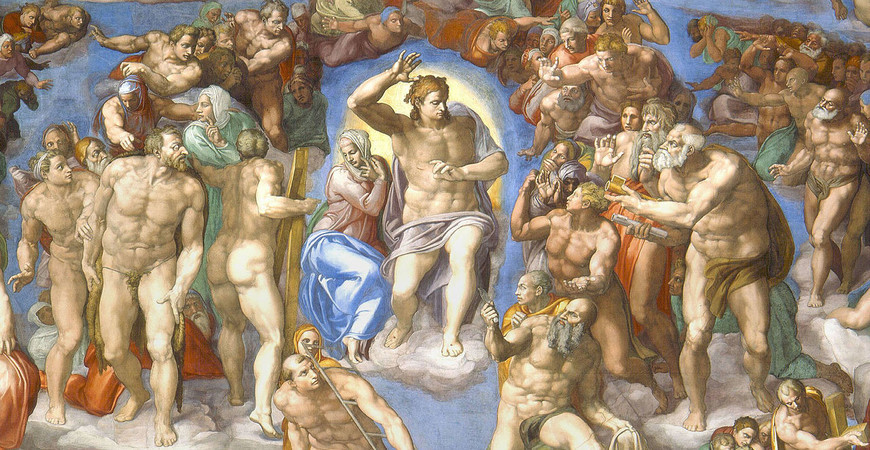 8 € discounted: for children from 6 to 18, priests, seminarians, students up to 25 years old with a document.

The Apostolic Palace at the Vatican is the official residence of the Pope. It is home to the most famous chapel in the Vatican, the Sistine Chapel (Cappella Sistina). The stunning resemblance to the Temple of Solomon of the Old Testament made the chapel world famous.

Most talented Renaissance masters Botticelli, Raphael and Michelangelo worked on the decoration of the Chapel. Tourists are drawn to the Chapel by the frescoes by Michelangelo: the huge monumental “Last Judgment”, the legendary “Creation of Adam” and the amazing three-dimensional ceiling, painted entirely by the great master.

St. Peter’s Square in Rome, where the Vatican Museum and the Sistine Chapel are located, is a favorite place for wedding photo shoots. It is impossible not to mention the fact that the city, as well as Italy as a whole, has become one of the popular destinations of the so-called “wedding tourism”. Given that a wedding in Rome is not such a troublesome affair (thanks, of course, to intermediaries represented by wedding agencies), it is quite understandable the large flow of those wishing to make this memorable day even more special.

Photography in the Sistine Chapel itself is forbidden, but visitors still sneak photos that quite remotely convey the grandeur of the famous frescoes.

Now Sistine Chapel is a historical monument, so the church services are not held here, but it is used for conclaves, where cardinals elect a new pope.

The Sistine Chapel was built in the mid-15th century by order of Pope Sixtus IV (hence the name) as a house church.

READ
Top 5 exotic vacation destinations by the end of 2021

After construction, Sandro Botticelli and a group of other artists decorated the side walls: the northern wall depicted a cycle of six paintings of the history of Christ, the southern wall six frescoes of the history of Moses. The ceiling was painted with a starry sky by the artist Piermatteo d’Emilia.

Thirty more years later, at the invitation of Pope Julius II, Michelangelo painted the ceiling of the Sistine Chapel. Another 25 years later, he also created the “Last Judgment” fresco on the altar wall. The painting of the ceiling is the most ambitious work of the great master in the fresco technique, and the “Last Judgment” and “Creation of Adam” are among the most famous Renaissance masterpieces in the world.

The ceiling of the Sistine Chapel features the most famous cycle of frescoes by the great Michelangelo. He created it in record time, in just four years, even though he called himself a sculptor rather than a painter, and for him it was the first experience of such a large-scale work in fresco technique, moreover, he did most of the work alone, without the trust of his assistants. The ceiling of the Sistine Chapel is recognized as one of the major masterpieces of High Renaissance art.

One of the impressive features of this painting is that the vaulted ceiling appears three-dimensional due to false architectural elements made in the “trompe-l’oeil” technique. Pilasters, cornices, bas-reliefs are all painted. Using this technique, Michelangelo divided the space into zones, each of which contains a particular plot or character.

The nine central frescoes depict scenes from the Book of Genesis:

The master depicted the twelve prophets and the Sibyls around the edges, and the names and images of Christ’s ancestors above the chapel windows. In the corners of the chapel four biblical dramatic stories are depicted: Judith and Holofernes, David and Goliath, the Brazen Serpent, and the Punishment of Haman.

The monumental work covers the entire altar wall of the Sistine Chapel, for the sake of its creation at one time in this wall laid windows. Michelangelo created it almost 25 years after he painted the ceiling, the work also took only 4 years.

The composition of the canvas is divided into three parts: the angels flying at the top, Christ, the Virgin Mary and the blessed in the center, and the angels of the Apocalypse below, announcing the end of time, the ascent of the righteous into heaven and the descent of sinners into hell.

The “Last Judgment” is considered in art history to be the work that ended the Renaissance. At one time the work was severely criticized. Michelangelo was accused of heresy and obscenity for depicting people naked. In response to the accusations, the master depicted one of his main opponents as King Minos in hell.

Twenty-four years after the creation of the fresco, the nudity was painted over by decision of the Council of Trient and by order of Pope Paul IV. The artist who did this was given the derogatory nickname of “the pantser.” In the opinion of the critics, the most salacious fragment, depicting St. Blasius and St. Catherine of Alexandria, had to be completely cut out from the wall and rewritten, giving the characters “decent” poses.

READ
Todai-ji temple that saved Japan in the Nara era

On Sundays the museum is closed, except on the last Sunday of each month, when the museum is open from 9 a.m. to 2 p.m. (last admission is at 12:30 p.m.), and admission is free for all . This rule applies except when the last Sunday of the month coincides with Easter Sunday, St. Peter and Paul’s Day on June 29, Christmas on December 25, and St. Stephen’s Day on December 26.

Tickets and tours can be booked on the official website of the Vatican Museum. It is not possible to visit the Sistine Chapel alone, you must buy a general museum ticket.

Tickets for the Sistine Chapel and the Vatican Museums

The main entrance to the Vatican Museum on Google Panoramas:

Where is the Sistine Chapel, how to get there

The Sistine Chapel building is to the right of St. Peter’s Basilica, but you can only get there through the main entrance to the Vatican Museum from the Viale Vaticano. To get to the Sistine Chapel you will have to cross more than a dozen other halls.

How to get to the Vatican Museum by metro

How to get to the Vatican Museum by bus or streetcar

You can take streetcar 19 to the stop on Piazza del Risorgimento.

Other ways to get to the Sistine Chapel at the Vatican

You can take a regular cab or call one through the Uber app or similar.