One of the important and famous landmarks of Antalya is the great Hadrian’s Gate, a historical monument, a place you must visit if you find yourself in this resort.

They were designed and erected during the reign of the Romans, as evidenced by the architecture and appearance in general.

Before you get here you should know the incredibly rich and interesting history of the place in Turkey because it tells a really interesting story about the change of the rulers of the city, the wars that once happened here, the people and their deeds. 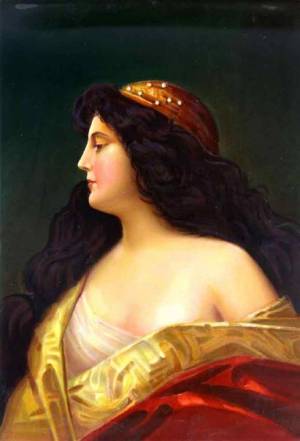 Pergamum Attalus – the king – founded Antalya, but after the death of the last “leader” the city passed into the hands of the Roman Empire, becoming a successful and prosperous port, surrounded by a fortress – solid walls of solid stone (130th century A.D.).

There were several gates in a certain area which were blocked when attacked by ill-wishers, enemies, and pirates. The only surviving entrance to the city was the marble Hadrian’s Gate, the construction of which would later be timed to coincide with the visit to Antalya of the Emperor of Rome – Hadrian and his family.

There is a legend among the Turks about the great Hadrian’s Gate. It is said that the Queen of Sheba herself passed through the gate a long time ago, despite the fact that the structure was rarely used for its intended purpose.

There is the possibility that the ruler was on her way to Aspendos to meet King Solomon.

Description of the Gate

The Hadrian’s Gate stands out from the other buildings in the city for its bright white color and interesting architectural design. You’ll know you’ve come to the right place if you see the tall structure with the massive towers on the left and right sides. Incredible beauty of the structure fascinates and touches the fine strings of the soul, not leaving even the most callous person indifferent.

READ
Micronesia. A republic consisting of many small islands

The Hadrian’s Gate is an ancient monument of antiquity, located formerly behind the city wall, which saved the structure from enemies and preserved it to this day. The gate, the height of a two-story house, has an unusual form of triple arched monumental portal, reminding many Roman triumphal arch.

The combination of three arches and gave the gate its second name – Uch Kapilar, which means “three gates”. Long time ago this building had two tiers, but, alas, only the lower one has survived. There is a suggestion that on the upper floor there were statues and portraits of the Emperor Hadrian and his family. 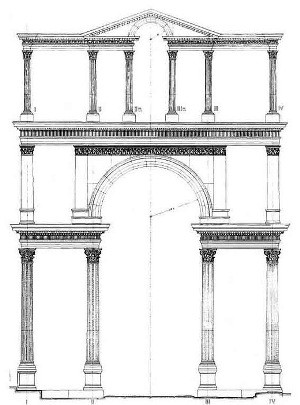 The gate is made of solid snow-white marble, whose color has not changed over the years; the gate between the arches is decorated with unusual columns with capitals; the coffered ceilings in the arches themselves are executed in the traditional style of ancient Rome, which is characteristic of buildings of Hadrian’s time.

Near the gate there are two massive observation towers, belonging to different historical epochs and built, as the fortress once was, of stone. The southern tower (Tower of Saint Julia) is on the left and was built during the time of Hadrian, historians attribute it to the Roman period, as the gate is covered with a characteristic carving.

A plaque is embedded in the north tower, testifying that the structure was erected during the reign of the Seljuk Turks in the thirteenth century under Sultan Alaeddin Keikubatai. It is also interesting that the inscription on the plaque is in Turkish, but with a reconciliation of the alphabet of the Arab countries of the time. There is also the Saat Kulesi clock tower in Antalya, you can find out more about it on the website.

The road before the gate is two meters below its present level, so much so that it has been torn up over the millennia by carts, carriages, and chariots. The stone sidewalk beneath the central arch has been particularly badly damaged: it has been scarred by the tracks of the vehicles over time, so you can twist your ankle if you walk on it without looking. 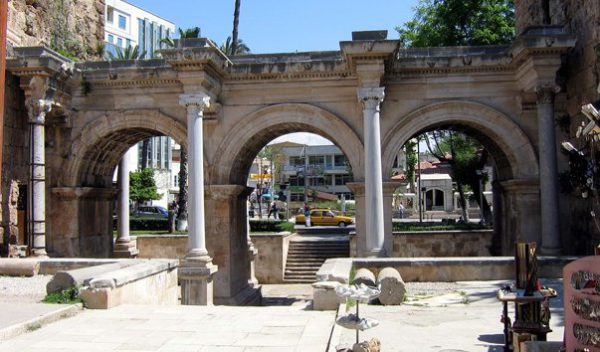 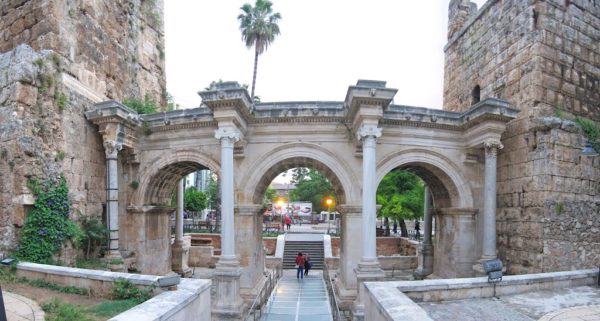 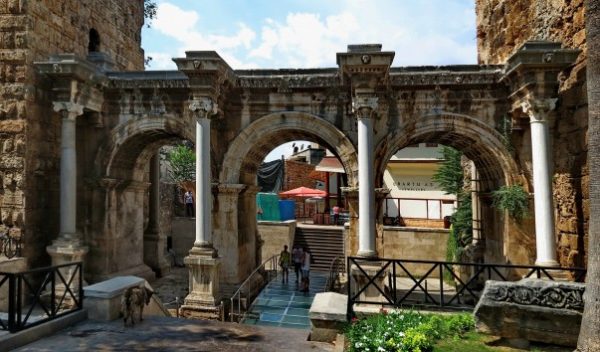 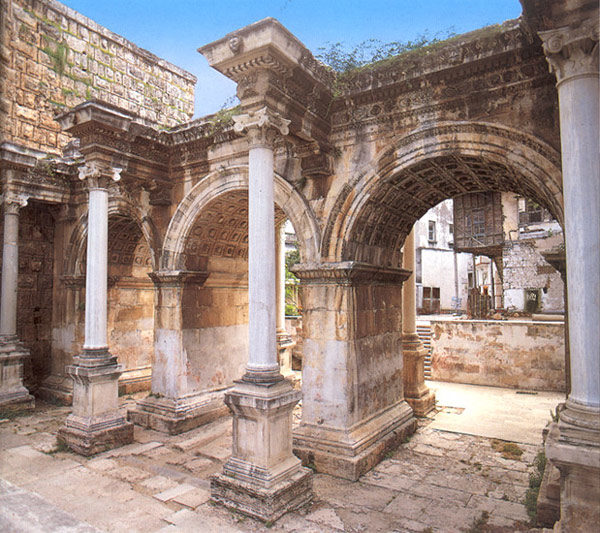 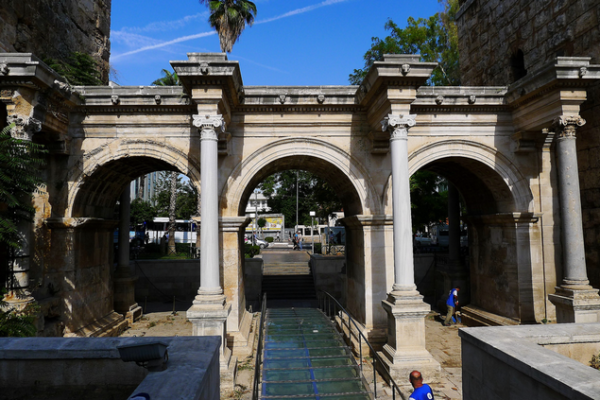 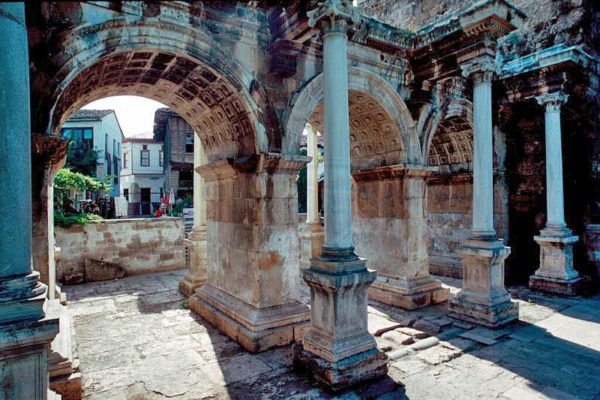 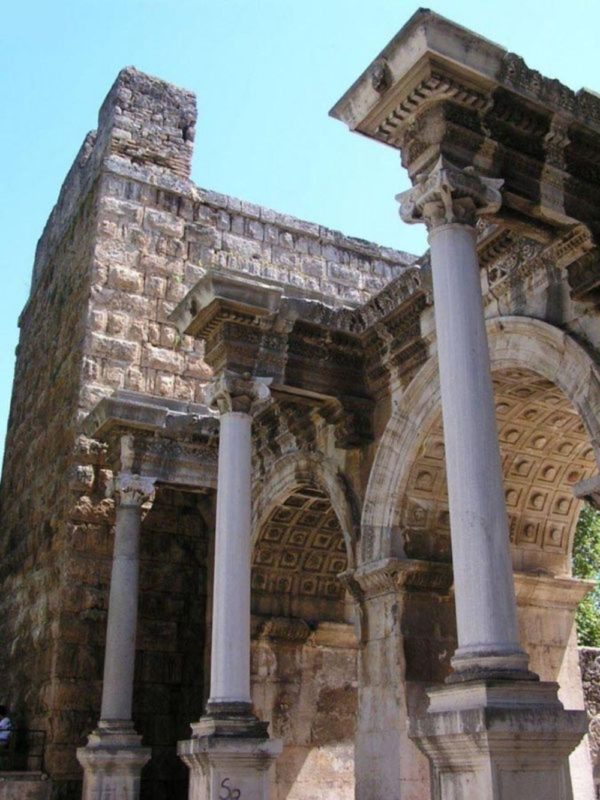 The Hadrian’s Gate is well preserved; it is one of the oldest structures in Antalya and divides the city into two parts – the bygone past and the turbulent present. The monument is an important historical monument and one of the main attractions of the city.

It bears witness to a rich past and the events that unfolded here centuries ago. The Hadrian’s Gate still serves its purpose as a gateway from the bustling street to Old Antalya. You can find useful information about Antalya Airport here. 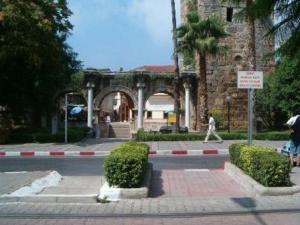 As Hadrian’s Gate is not a museum or an enclosed structure but rather serves as a monument, it is not the place to get in touch with. You can either get there with a guided tour, which must be arranged in advance with a travel agency, or you can buy it at the hotel.

You can also get there on your own using a map and a cab, but it will be harder to get back on your own because not everyone can find his or her way easily in a foreign city. Address: Hadrian’s Gate, Barbaros Mh., 07100. City: Antalya. Country: Turkey. Here you can find an article about districts in Antalya.

How to smoke in Antalya? 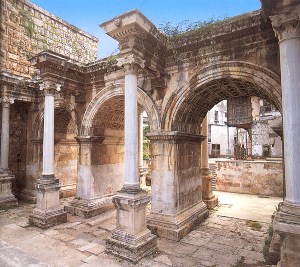 Kaleici area is full of different historical buildings, each of which keeps its own mystery.

From this article you will learn how to get to the waterfall Kursunlu, as well as find useful information for the tourist.

READ
Five tips for those going to Tanzania

We advise you to visit the extraordinary Düden waterfall, Turtle Island. And of course enjoy a beach holiday, including the famous beach Lara. 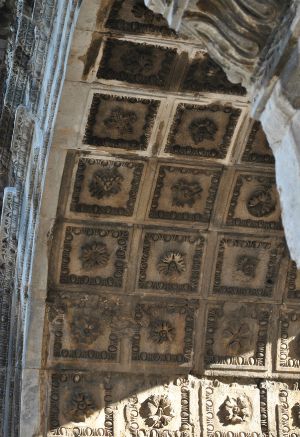 By contacting this travel agency in Antalya, you can get a comfortable holiday at a bargain price and, of course, to visit the Hadrian’s Gate, about which so much has been written in this article.

Also about visiting local attractions can be arranged at the hotel, usually vacation spots offer such a service at a low price. It would be useful to know about the weather in Antalya, shopping (Migros, Mark, Terra City), amusement parks (water park, aquarium).

To sum it all up, Hadrian’s Gate is an integral part of the history of Turkey and Antalya. If you are ever in this city – it is worth a visit in order to feel the history of another state and better understand the locals. Follow the rules, and your vacation will be the best!