The Second Wonder of the World

The most famous garden in history belonged to the Assyrian queen Semiramide. It is considered one of the 7 Wonders of the World. Who built the Hanging Gardens and what is so wonderful about them?

Whose gardens, after all?

Let’s start with the main thing – the Hanging Gardens of Semiramis never belonged to Semiramis. The name of this legendary queen is often found in Akkadian and ancient Armenian mythologies. The Assyrian queen Shammuramat hides herself as Semiramida. She became famous due to the fact that for some time she ruled alone, which rarely happened to women at that time. She lived in the early IX century BC, that is, according to scientists, two centuries before the creation of the famous miracle of the world. 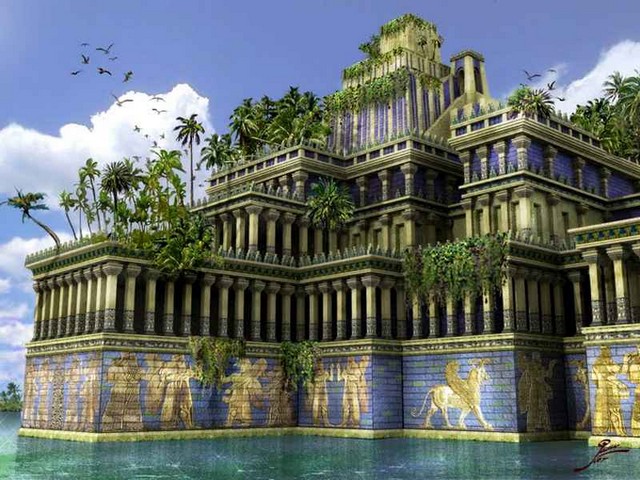 The second, more correct name for the Hanging Gardens of Semiramis is Amitis or Amanis. That was the name of the wife of Nebuchadnezzar II, who created the miracle of light as a gift to his beloved. This gift has a beautiful story that could give a head start to many romantic ballads. In the sixth century BC, the Babylonian king Nebuchadnezzar II formed an alliance with the king of Midia, Kiaksar. They united against a common enemy – the powerful Assyria. The allies were victorious, and they divided the territory of the defeated among themselves. In honor of the successful alliance, Nebuchadnezzar married the Midian princess Amitis. But the girl, who had grown up in fertile Midia, was bored in dusty and desolate Babylon. So Nebuchadnezzar ordered the construction of hanging gardens for his young wife to brighten her homesickness. Thus came the second wonder of the world.

The Mystery of Babylon

The place where the Hanging Gardens were supposedly located was excavated by German archaeologist Robert Koldeway in 1899. He found some unusual structure on the territory of ancient Babylon. He suggested that it was used as a special water elevator for continuous water supply. In addition, the structure was lined with stone, not brick. Ancient sources reported two places where stone was used in the construction. One of them had already been discovered, and the second, legendary, was the Hanging Gardens of Amitis.

READ
9 things to do in Normandy, France 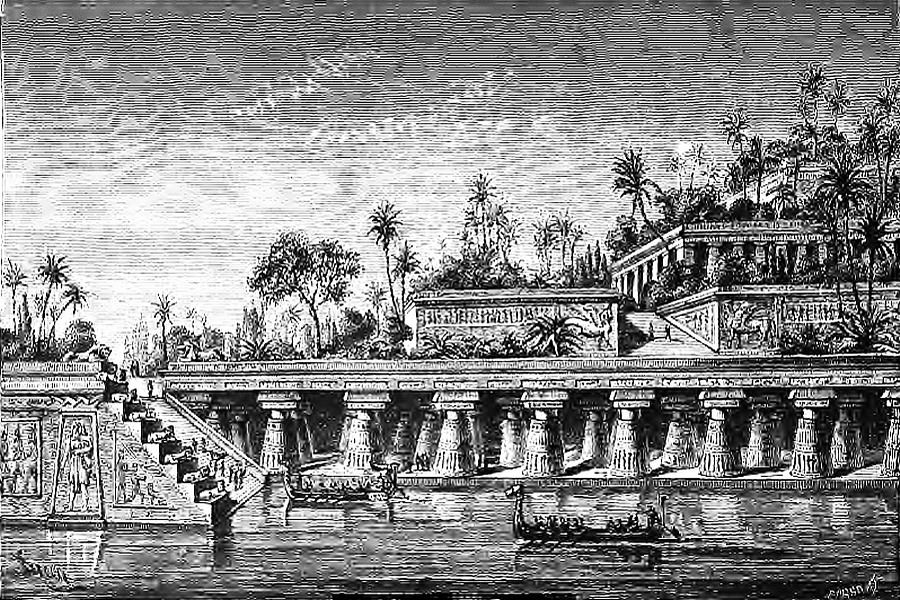 True, there is another version of where to look for the wonder of the world. Some scholars agree that the Hanging Gardens of Semiramis were located at Nineveh, the capital of Assyria, which after the war went to Babylon.

Interestingly, there are almost no direct references to the existence of the Hanging Gardens of Amitis by those who may have directly visited the palace of Babylon. Herodotus, for example, in his descriptions mentions a part of the palace that can be correlated with the wonder of the world. But already he considered the creation of the gardens to be the work of Queen Shammuramat. 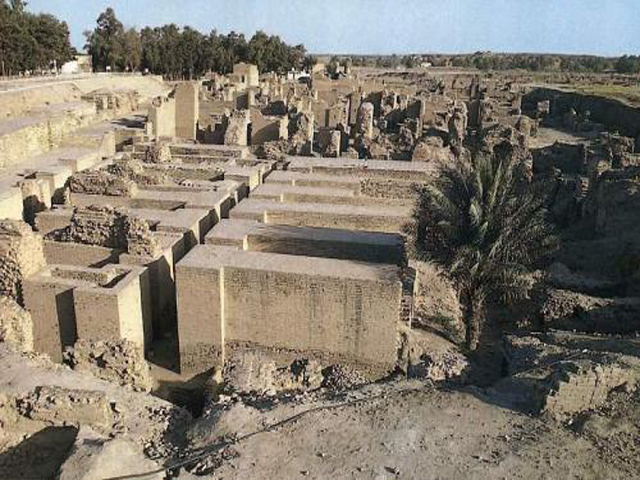 Did the gardens hang?

What did the famous gardens look like? Were they really hanging? The Hanging Gardens were built as a large stepped pyramid with four stories above each other. The platforms were connected to each other by ladders of white and pink slabs. Each platform was mounted on columns 25 meters high. This distance allowed the plants to get the right amount of sunlight.

The surface of each tier, as scientists assume, consisted of several layers. First, a layer of reeds mixed with resin was placed on the platform, then two layers of bricks bound with gypsum mortar. On top of all this was laid lead slabs, and on top of them poured a layer of fertile soil, just enough to allow the tall trees to put down roots. Flowers and herbs were also planted nearby. 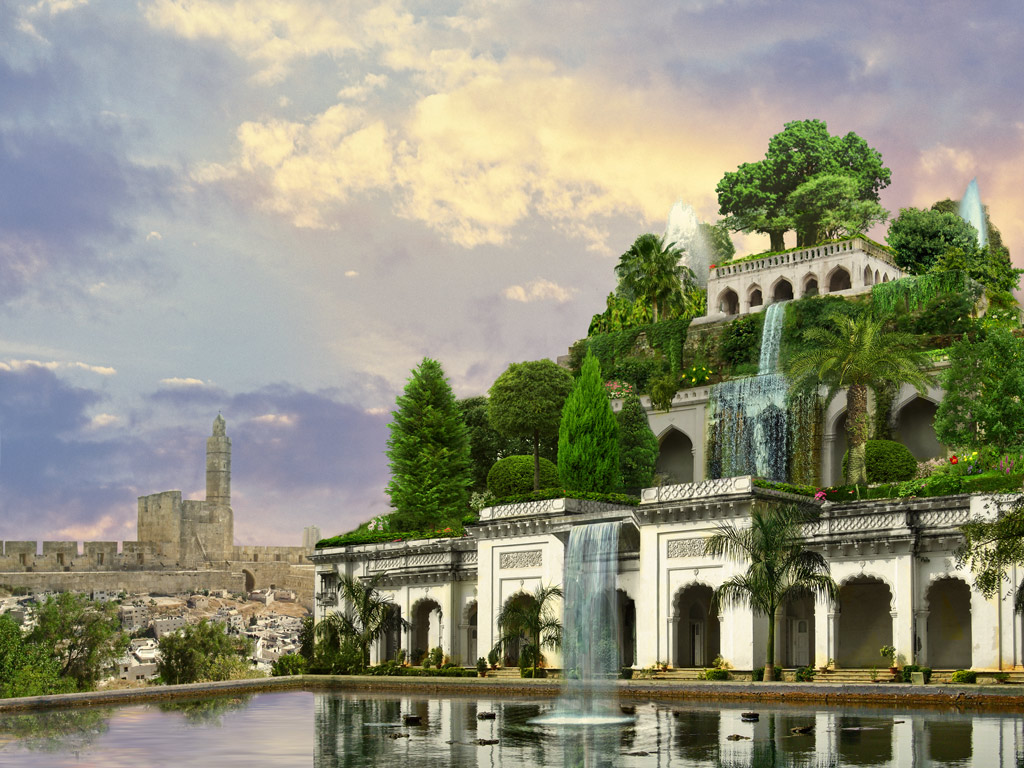 The irrigation of the hanging gardens deserves special attention. In the middle of one of the columns was a pipe through which water flowed into the garden. The slaves turned a wheel every day, with buckets hanging around its perimeter. They scooped water from the river or, as some researchers believe, from underground wells. Water first came to the upper tier of the pyramid, from where it flowed through channels to the lower floors. It goes without saying that such a complex system required meticulous care and uninterrupted work of slaves. That is why the hanging gardens of Semiramis soon after the death of Nebuchadnezzar II fell into disrepair. After Alexander the Great conquered Babylon, made the king’s palace his own residence and died immediately there, the artificial irrigation system ceased to function and the beautiful plants died. Soon the floods of the nearby river eroded the foundations, the slabs fell, and all that was left of the hanging gardens were memories.