The New Seven Wonders of the World

They are called the “New Seven Wonders of the World ” , monuments that won in an international competition conducted by the New Open World Corporation, inspired by the list of Seven Wonders of the Ancient World. The initiative came from the Swiss filmmaker Bernard Weber. The voting was public, with more than one hundred million people taking part. It was the first mass voting via the Internet, phones and text messages in history, open to participants worldwide. The ceremony to announce the new Wonders was broadcast live on more than 160 television channels, in more than 170 countries. Of the seven wonders of the modern world, six were declared UNESCO World Heritage Sites.

So, let’s get to know the seven new wonders of the world.

1. The City of Petra in Jordan 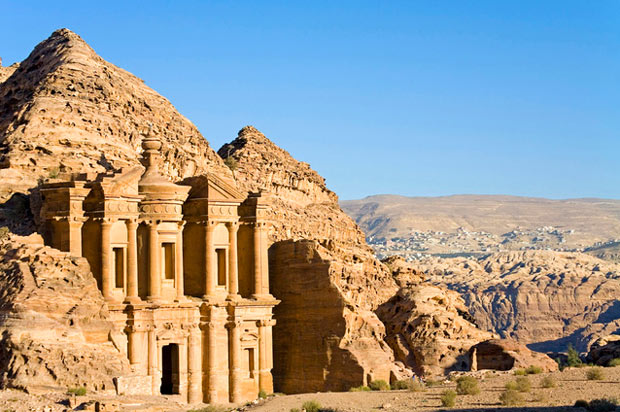 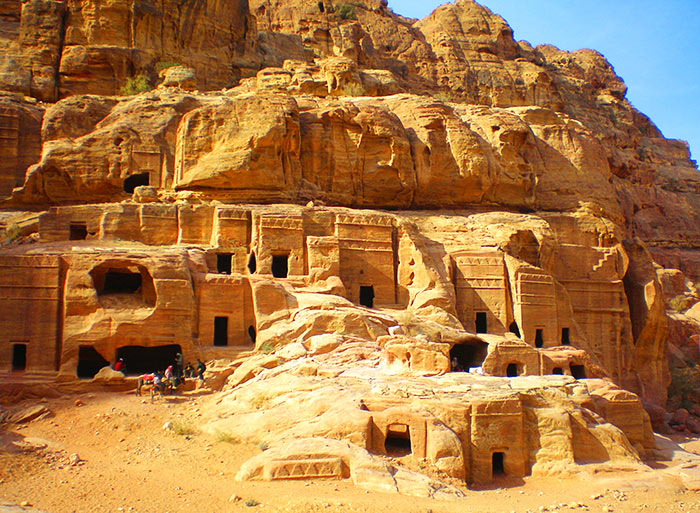 This wonder of the world is located in a narrow valley on the edge of the Arabian Desert, between the mountains south of the Dead Sea. The city of Petra was the capital of the Nabataean Empire, under King Aretas IV (9 BC to 40 AD). The most famous remains of Petra are certainly its rock-cut structures; in particular the buildings known as Hazne (treasury) and Deir (monastery).

Petra, which means “stone” in Greek, survived for so many years because most of his “buildings” were carved into solid stone walls. It is perhaps the most fascinating ancient city that has stood until today. It was discovered by Swiss explorer Johann Ludwig Burckhardt in 1812. Petra has also been named a UNESCO World Heritage Site and is part of the 7 New Wonders of the World.

2. The Great Wall of China. 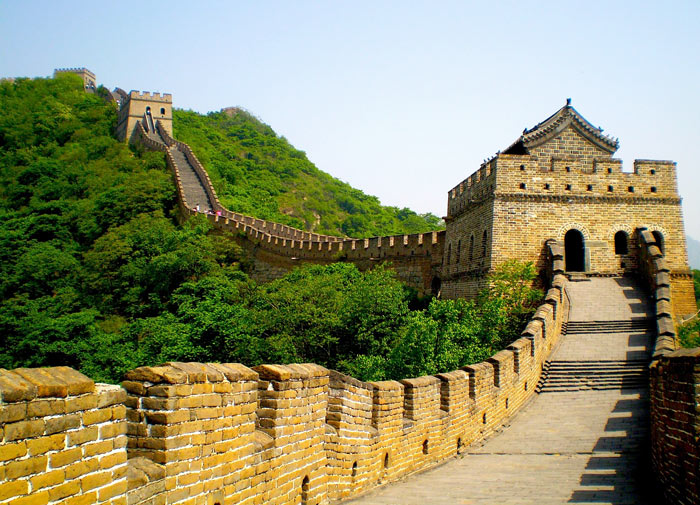 This new wonder of the world was built between 220 B.C. and 1644 A.D. The purpose of this construction was to link the existing fortifications into a single defense system to defend the country against invading Mongol tribes. It is the largest monument ever built by man and the only one visible from space. The wall is estimated to be 8,851 kilometers long, from the Korean border to the edge of the Yalu River in the Gobi desert, 6 to 7 meters high, and 4 to 5 meters wide. At the peak of the Ming era, the wall was guarded by more than one million warriors.

Declared a World Heritage Site in 1987, it is considered the largest cemetery in the world (about 10 million workers died during the construction), and is now one of the new wonders of the world.

3. the Taj Mahal in Agra 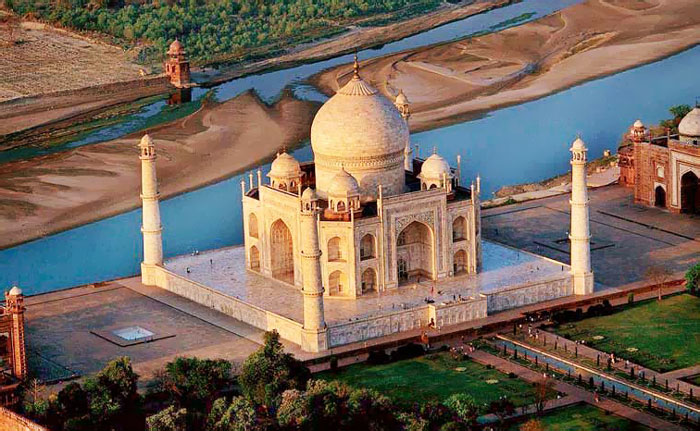 The Taj Mahal was created between 1631 and 1654 in Agra, Uttar Pradesh, on the banks of the Yamuna River by order of Shah Jahan, the fifth Mughal emperor, in memory of his beloved late wife. This mausoleum consists of four minarets, each with more than 13 stories. An estimated 20,000 workers were needed to build it.

Built with white marble, against a backdrop of gardens, this new wonder of the world is considered a perfect jewel of Muslim art in India, and combines elements of Indian, Persian, Islamic and even Turkish architecture. Note that the Taj Mahal is on our list of “The Most Beautiful Buildings in the World”.

Interesting fact: Mughal Emperor Shah Jahan was overthrown by one of his children and was finished contemplating and admiring the Taj Mahal from his window for the rest of his days.

4. The Colosseum in Rome 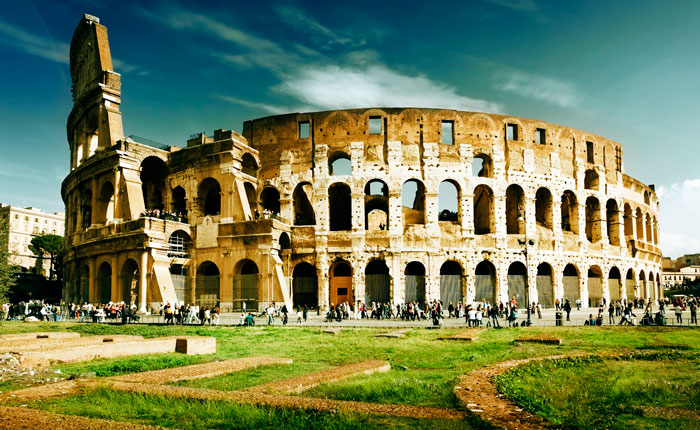 An amphitheater of the Roman Empire, built in the first century, in the center of Rome. In ancient times it had a capacity for 50,000 spectators and was the largest amphitheater ever built in the empire. Construction began in 70 AD by Emperor Vespasian, was completed in 80 by Emperor Titus, and some changes were made during the reign of Domitian. The place is dedicated to public entertainment such as gladiatorial fights, various shows, etc. Nowadays it is not only one of the most famous attractions in Europe, but also a new wonder of the world. 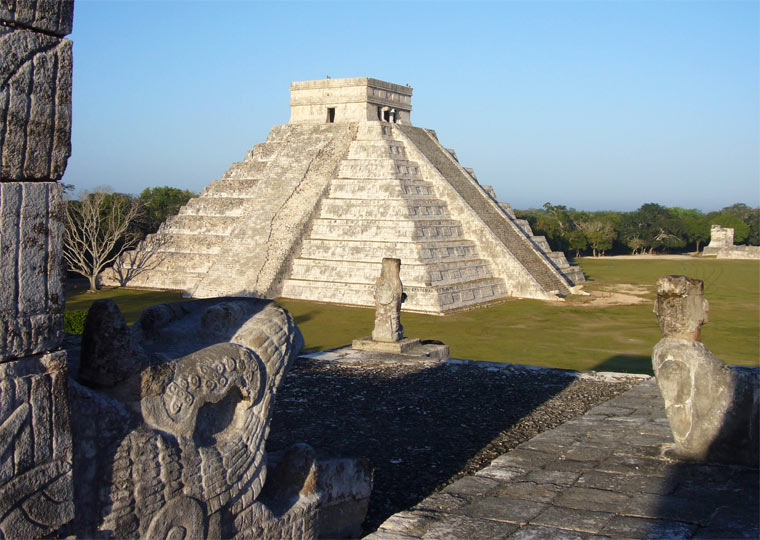 Chichen Itza in Mexico, with nearly 1,000 years of history, is one of the main archaeological sites in the Yucatan Peninsula. It is the remains of one of the most important pre-Columbian civilizations, the Maya. The reason for building this city was the lack of rivers in the Yucatan, and there were 3 cenotes that provided the population with water year round. Chichen Itza was the political and economic center of the Maya.

In the center of Chichen Itza stands the pyramid of Kukulcan, the last and largest Mayan temple. An interesting point: the staircase is built in such a way that during the spring and autumn equinoxes it gives the illusion of a snake coming down it. 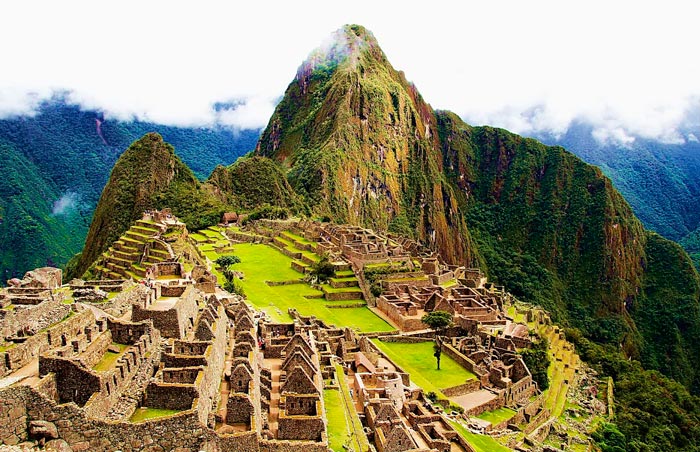 This city in the clouds, known as Machu Picchu (Old Mountain), is believed to have been built in 1440 by the founder of the Inca Empire, Pachacutec Yupanqui. This unusual settlement lies 2,350 meters above sea level, deep in the Amazon jungle, on the Urubamba River. 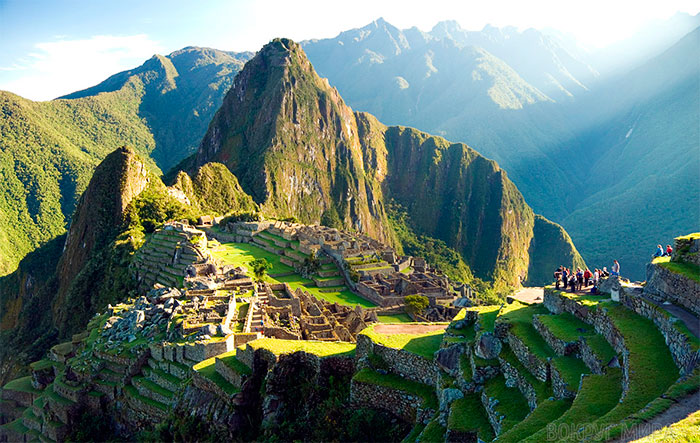 The city was forgotten by the outside pestilence for centuries when it was rediscovered by the American archaeologist Hiram Bingham in 1911.

There are several stories about Machu Picchu: some think it is a luxury mausoleum of Pachacutec because some remains of buildings are covered in gold; others think it was built by the Incas as a yakta (city without a permanent population) to control the economy of conquered areas and protect the Inca aristocracy in case of attack. A maximum of 750 people lived here.

Machu Picchu can be classified not only among the new wonders of the world, but also among the most beautiful places on earth.

7. Statue of Christ the Redeemer in Rio de Janeiro 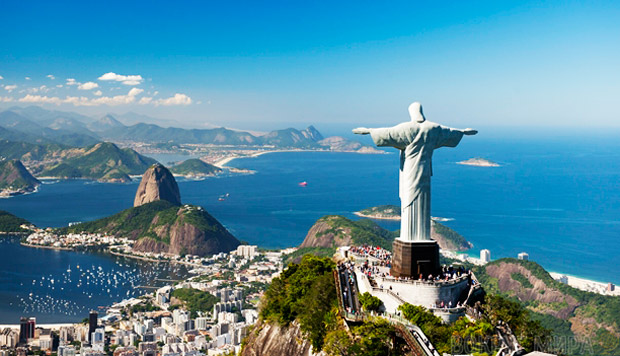 The statue of Christ the Redeemer in Rio de Janeiro is a symbol of love and a call to brotherhood. The statue is 709 meters above sea level and is located in the city of Rio de Janeiro, on top of Mount Corcovado. The total height is 38 meters, 8 belong to the pedestal. This new wonder of the world was built on October 12, 1931, after about five years of work.

The creation of this religious monument in the city was first proposed in 1859 by the priest Pedro Maria Boss and Princess Elisabeth. The idea was revived in 1921, on the eve of the centennial of Independence Day.

READ
10 romantic ideas for a honeymoon in Santorini, Greece

CANDIDATES FOR THE TITLE OF NEW WONDERS OF THE WORLD

There are other beautiful places in the world that could have been on the list of the new seven wonders of the world, but didn’t make it there. So I think it will be interesting to learn about them as well, at least in pictures.