Selinunt as the eighth wonder of the world

Who would have thought that under the excavations of the ancient city of Selinunte in Sicily even more ancient buildings, streets and the city port will be discovered? Especially for “Your Italy” Kommersant publishing house correspondent and our regular author Elena Pushkarskaya visited the mysterious city and found out why Selinunt claims to be the “new Pompeii”. 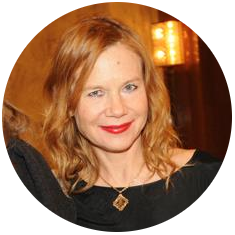 A couple of years ago I talked to a young Sicilian, a nephew of Cosa Nostra boss Matteo Messina Denaro, who was on the run. I remember that the guy, who publicly disowned his relative, said at the time: “My town of Castelvetrano is now known throughout Italy as the birthplace of a Mafia boss, and I want it to be known by the Selinunt archaeological park.”

Since then, the thought of seeing these such a landmark place has never left me. Finally, this winter I went to Selinunt at the invitation of archaeological scientists.

Founded by the Greeks around 628 BC, today Selinunt is the largest archaeological park in Europe and its 1740 square kilometer territory is of equal interest to tourists and scholars.

The name of the celery.

“The ancient Selinunt, which owes its name to the celery that grew so abundantly around the city that its image can be found on coins, was one of the most prosperous Greek settlements in Sicily. It was not inferior to the major cities of the Greek world in the development of architecture and crafts. The strategic importance of the city, which during the Punic wars often changed hands, was also great. In 409 B.C. Selinunt was almost completely destroyed by the troops of the neighboring Segesta and Carthage. But a year later it was re-populated by Syracuse natives. And in 250 BC the city was stormed by the Romans. Its inhabitants fled to Marsala, the Carthaginian capital of Sicily, and destroyed their homes before fleeing,” says the tourist guide.

The Romans’ cause was completed by time and frequent earthquakes in these parts. I may disappoint tourists coming here from all over the world to admire Greek temples, but the truth, as the ancients said, is dearer. In fact, as Enrico Caruso, Director of the Selinunta Archaeological Reserve, told me, none of the eight temples located in the reserve has been preserved since ancient times. And those two sanctuaries with half-destroyed columns, against which tourists like to be photographed, are in fact the result of reconstruction, carried out, however, according to all the rules of science.

One of these temples is, in my opinion, the most picturesque, marked with the letter “E.” It is located on the eastern slope of the reserve and is dedicated, according to guidebooks, to Hera, goddess of the earth. However, as we are travelling with a scholar, we must not lose sight of Caruso’s comment that all the dedications given in guidebooks are notional. In fact, due to the antiquity of the temples, it is still impossible to determine their exact purpose, and that is why the conditionally neutral letters are more accurate from a scientific point of view. That is why archaeologists prefer to call the temple “E”, restored in 1959, an ossuary of Doric columns.

In addition to its majestic beauty, the building is famous for the antique metopes found during the excavations, on which scenes from ancient mythology were recreated. To see these precious artefacts you must go to Palermo, where they are now housed in the archaeological museum. It is worth it if only to see the marriage of Zeus and Hera, which led to the assumption that the temple was dedicated to the wife of the Olympic thunderer.

Next to E are temples F and G. Both are a pile of picturesque ruins that stir the imagination, from which it is not at all difficult to construct majestic ancient columns.

READ
Cartagena, Colombia: information about the city and attractions

To see the second partially restored temple, marked by the letter “C” and presumably dedicated to Apollo, we must move from the eastern slope of the reserve to the Acropolis. In January, which in Sicily resembles our June, to take a two-kilometer walk through a meadow colored with buttercups and mush is a pleasure. But in the heat of summer, when there are most tourists, it is better to get to Acropolis in the cabin of the tourist train. Of course, it would be much more fun to take a ride on a donkey, the traditional means of transport for these places in earlier times.

– The ancient Acropolis was situated on a hill above the sea. It was flanked on both sides by rivers and between them was the city’s port. It was the most defensible place in Selinunte, surrounded by strong stone walls, behind which were all the main administrative buildings,” Caruso says. “All of them except Temple C are in a ruined state.

– Don’t you want to reproduce a picture of ancient life here, as they did, for example, in Herculaneum? – I asked the director of the reserve.

– Herculaneum was covered by the eruption of Vesuvius. They didn’t rebuild anything there, they just dug it up. And that’s a different thing. We don’t want to set up a new model here that would turn Selinunt into Disneyland.

However, similarities with Italy’s most famous archaeological park soon emerged. 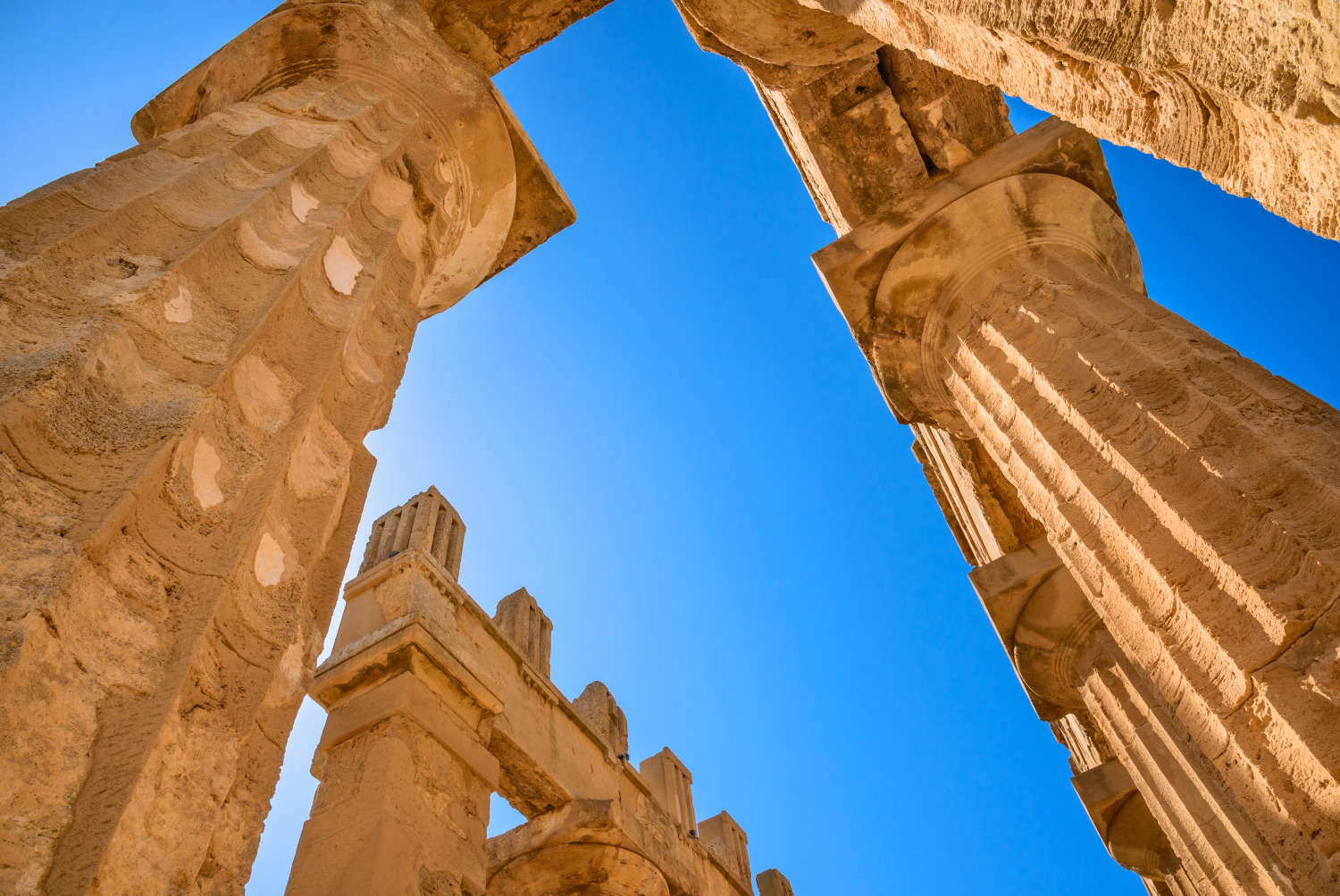 Selinunt, as has already been said, is not only a place of tourist pilgrimage, but also a concentration of scientific research that takes place here all the time.

Just recently, a discovery was made, which promises new prospects for the archaeological park. Scientists have discovered even more ancient ruins underground, some 2,700 years old.

“Archaeological scientists from the University of Camerino have discovered, in our archaeological park, a whole complex of structures that are now underground. It would not be an exaggeration to say that we are in fact talking about the “new Pompeii”: so vast is the territory on which the entire city quarters are spread out, extending far beyond the previously known Selinunta. We can assume that in this city at its peak lived up to 100 thousand people,” – says Professor Caruso.

The fact is that previously archaeological excavations were conducted mainly in the Acropolis area, but now – thanks to new technology proposed by Italian scientists – have been able to expand research to the Necropolis, the Western and Eastern hills.

Archaeologist Fabio Pallotta explains the essence of the technology: “With the help of a highly sensitive thermal camera placed on the drone, we found several thermal anomalies underground in the archaeological park associated with large underground buildings, which descend from the so-called Temple of the M to the city port. We conducted 14 flights, during which about 150,000 special images were taken and processed. In all, we were able to survey an area of one square kilometer, where many hundreds of objects were identified. So today, even before the excavations, we can talk about a major ancient city with a high population and a highly developed infrastructure.

Scientists were able to reconstruct the ancient shoreline of the river and find many evidences of the activities of local people, in particular the diversion of river channels. Researchers believe that Selinunt had at least two artificial harbors, and both rivers flowing in the area were navigable, which allowed the inhabitants of the city to conduct active trade, transporting goods from the Mediterranean coast inland.

To prove his point, Professor Caruso showed a number of valuable archaeological discoveries made during excavations in recent months. Among them is an image of the ancient Greek goddess of moonlight, magic and sorcery, Hecate. In addition, archaeologists have discovered important elements of the facade of the most ancient Doric temple of Selinunte, designated by the letter “Y”, and thus almost completely reconstructed its external appearance.

A scientific conference, held here in the archaeological park, was devoted to the discoveries made by scientists from the University of Camerino. The guest of honour was Vittorio Zgarbi, art historian and politician and Sicilian cultural assessor: he appreciated the work and promised to do everything in his power to restore the G temple within a year. After that, he said, Celinunt can be considered the Eighth Wonder of the World.

Guides around the world. Photos, descriptions and useful information.

The history of Selinunt is very dramatic and gives an insight into the ancient politics and life of a Greek city in Sicily, Italy.

The ruins of the city are located on a hilltop with a beautiful view of the sea. The city was very large, so its excavations are still going on today.

At one time it was a rich and prosperous city. Culture developed in the city as well. Selinunt is considered one of the most important archaeological parks in Sicily. Phoenician and Greek culture were harmoniously united here. The name comes from the Greek word “selinon” which means celery. The fact is that this vegetable grows in this area in great abundance. Celery was depicted even on the coins that Selinunt minted.

Like other Greek cities in Sicily, Selinunte often changed hands. In 409 BC the city was almost completely destroyed by the troops of neighboring Sedesta and Carthage. The army of a hundred thousand men after nine days of siege managed to smash the city walls and exterminate most of the inhabitants of the city. The massacre was so bloody that it shook many other cities of the ancient world.

Sanctuaries of the ancient city

In 410 BC. Celinunt was repopulated by Syracuse natives. And in 250 BC, the Romans came to the city. The inhabitants of the city fled to the Carthaginian capital of Sicily, Marsala, and destroyed their homes before fleeing.

The sights of Selinunte

Today, Selinunte features a system of ancient fortifications, the three main parts of the city, the city’s Acropolis and eight massive temples.

The closest to the parking lot is the eastern part of the archaeological park. Here are three large temples, each marked with a letter. These temples were once surrounded by a hedge.

One of the most famous Doric temples in Sicily is Temple E, dedicated to Juno. This temple has been partially restored. Nearby is Temple F, which is dedicated to Dionysus, the god of wine-making.

Next to the eastern part is the huge Acropolis of the ancient city. It was once the site of all the main administrative buildings of Selinunte. All the buildings were surrounded by powerful three-meter high stone walls.

View of the Acropolis of Selinunte

The acropolis was situated on a hill above the sea. It was the most defensible place in Selinunte. It was surrounded on both sides by two small rivers, between which was the city port .

There are several temples on the acropolis, but they are in bad condition. The most interesting temple C is the oldest in Selinuta (580 B.C.) The temple is decorated with magnificent metopes.

Bas-reliefs of Selinunta in the Archaeological Museum of Palermo

The ancient city was located north of the Acropolis, on the hill of the Collina di Manuzza. Today, active excavations are underway in the area.

The Sanctuary of Demeter Maloforos is about one kilometer away and seems to have predated the city. Around the sanctuary, stone stelae, carved stone slabs for sacrifices to the gods, were discovered.