Section 22 of the Shville Israel Trail

Section 22 is the same as the other parts of the Shville Israel Trail. It is ideal for a useful and enjoyable family day out: easy access, parking lot, lots of hiking attractions in the vicinity. True, when rockets are fired from Gaza, they reach there and explode. But not all of them reach there.

A brief description of the route

The neighborhoods of the monastery Latrun

The route starts at the old British police station, near where fierce battles during the War of Independence (1948-1949) took place. Here are also the remains of the Crusader fortress and the old Jordanian stronghold. Canada Park is located in the same area and contains the ruins of 4 villages abandoned during the Six Day War.

A nearby plaque with a map of the All-Israel Trail shows a blue marking indicating the route. From here the trail heads south along the wall that encircles the monastery. 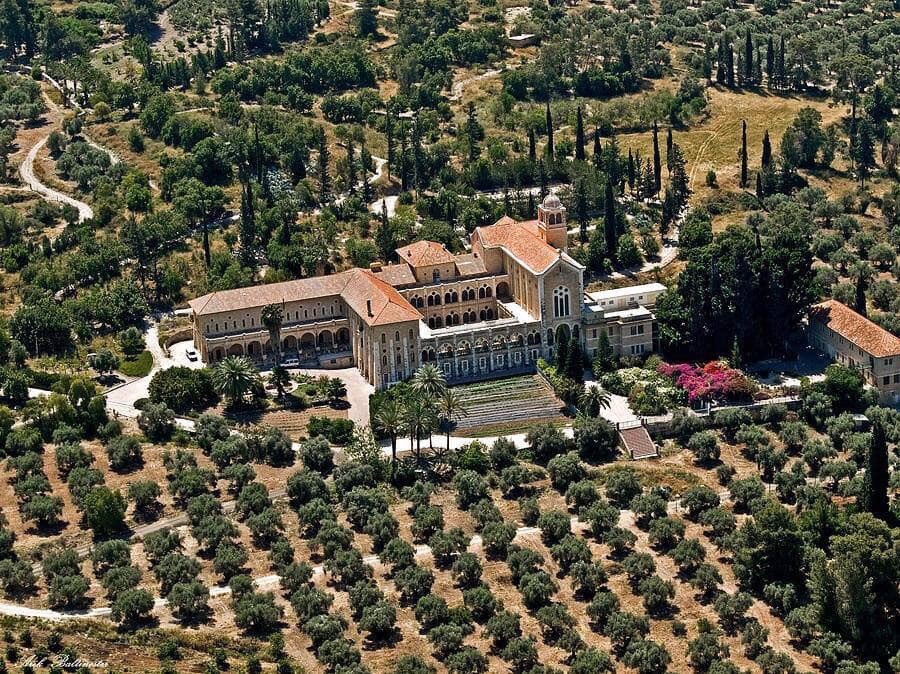 The neighborhoods of the monastery Latrun

The monastery was founded in 1890 by the Trappist Order (Cistercians) and is also known as the ‘Monastery of the Silent’ (a vow of silence was kept by the monastery statutes until 1960). The gates lead to the homes of patients recovering from drug addiction by special techniques. Shortly after the gate, the tricolor markings on the route change to blue, aligning with another trail, and then climbing to the ruined fortress of Le Touron de Chevalier (“The Tower of the Horseman”), built by crusaders in 1132 to protect the road to Jerusalem. The site subsequently gave its name to the monastery as well.

At the end of the War of Independence, the Jordanian stronghold was located here. On the trail there is an observation point overlooking the Ayalon (Deer Valley) and the road to Jerusalem to the crossroads of Sha’ar Hai (the “Gate of the Valley”).

The trail continues downhill, passing between the plantations of the monastery. The route then follows a dirt road, marked in red, to the south. It passes between an olive grove and a vineyard. It crosses the road, Nahal Nahshon (“Snake Creek”) and goes among the stalks of reeds. The trail then ascends in the direction of the village of Neve Shalom, after half a kilometer the route descends from the dirt road and soon ascends it again. 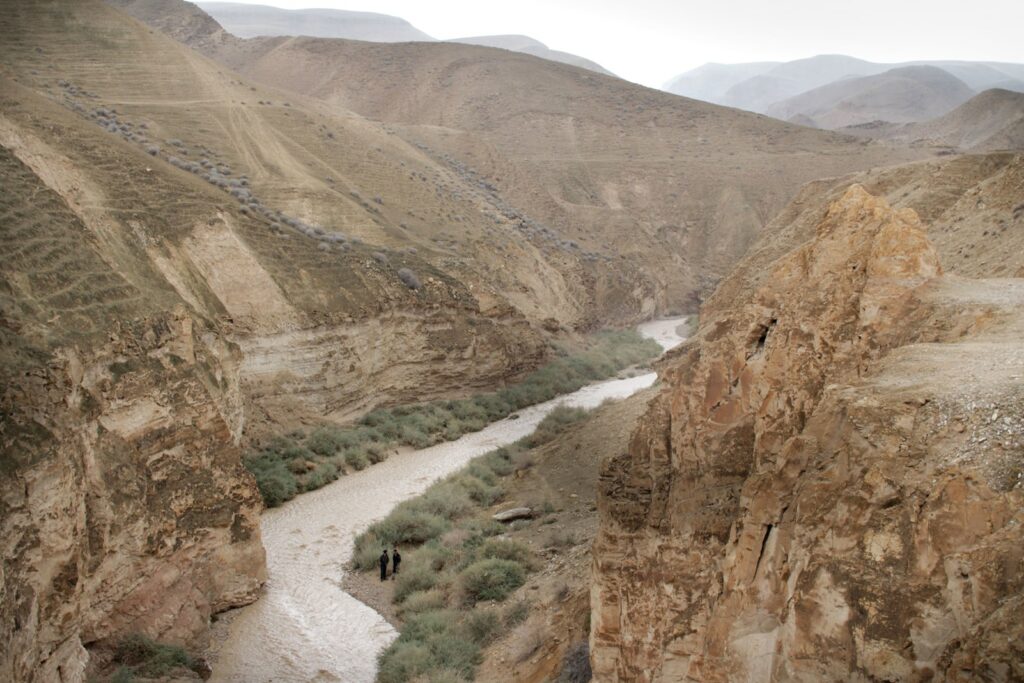 Neve Shalom is a unique mixture of Arabs and Jews who have chosen to coexist in this way. More than 300 families live there and an equal number await permission to settle after the houses are completed.

The trail runs along the cemetery of the village, which contains the grave of the pilot who crashed in a helicopter in 1997. At the fence of the cemetery, the trail turns left onto a dirt road with black markings. After about a kilometer, the trail turns off the black road and follows the green-marked path to the right.

After another kilometer, the trail turns left onto another trail marked in red.

This trail is part of the Derech Burma (“Burma”) road. The road was built in 1948 to bypass the blockaded area to bring supplies to Jerusalem. The name recalls the road from Myanmar (Burma) to China, on which humanitarian aid was delivered by the Allies during World War 2.

After about half a kilometer, the trail turns left and a little further to the right (this section of the road is called “serpentine”). There is a billboard here with a story about how the builders of the road installed long metal strips here, designed to prevent trucks with supplies from slipping in the ground. Next to the shield are iron-carved profiles of soldiers and workers to commemorate the laying of this road. 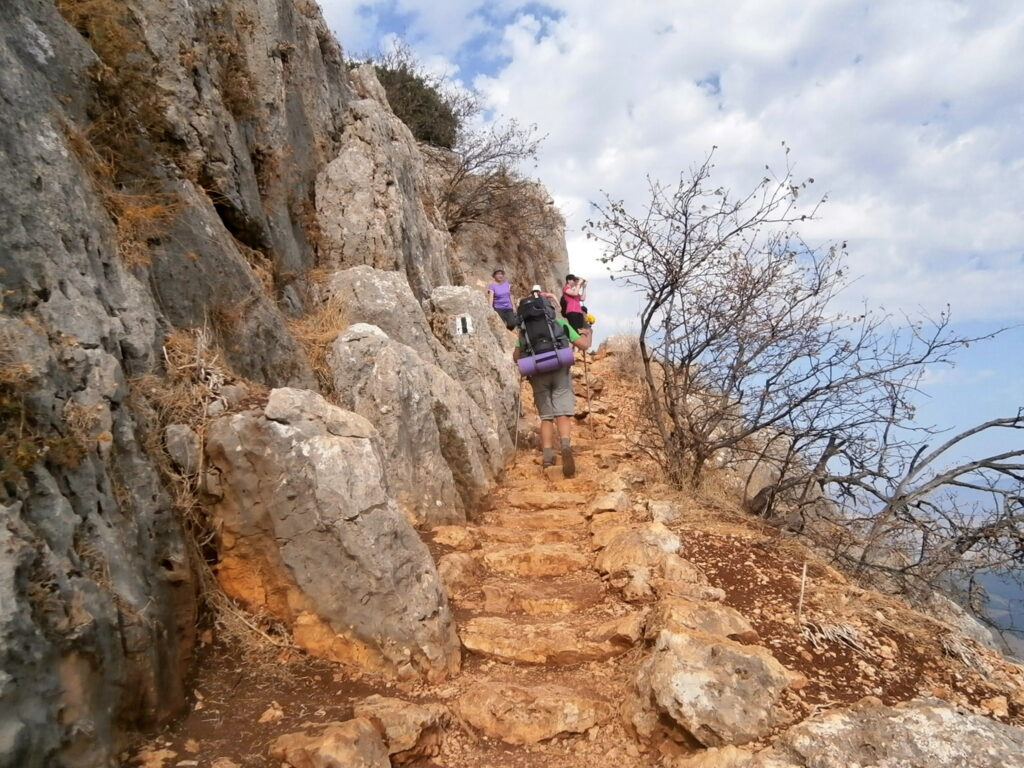 After 200 to 300 meters, the trail reaches a trail crossing. Here is a small parking lot.

Mesilat Tzion – “The Way to Zion.”

The trail is further marked in red. After 1.5 km, the trail approaches the fields of Mesilat Tzion. The road, sprinkled with gravel, becomes straighter. The name of the village recalls the end of the operation to liberate Jerusalem in 1948. Today the village is inhabited by descendants of South Indians. The path approaches the former spring of Ein Mesila, which is now a pit with standing water.

During the War of Independence this was the meeting place for transports to and from Jerusalem. After another half kilometer of forest road, at Highway 38, section 22 ends. If hikers are doing a weekend hike, you can exit from here to the transports on Route 1 to return to the start of the trail.

For hikers planning a weekend hike who have come to Latrun from afar, you may be wondering how to use the remaining time, since the actual hike only takes 3 hours. The answer should make you happy: the sights are conveniently grouped around a road junction. Here are the main ones. 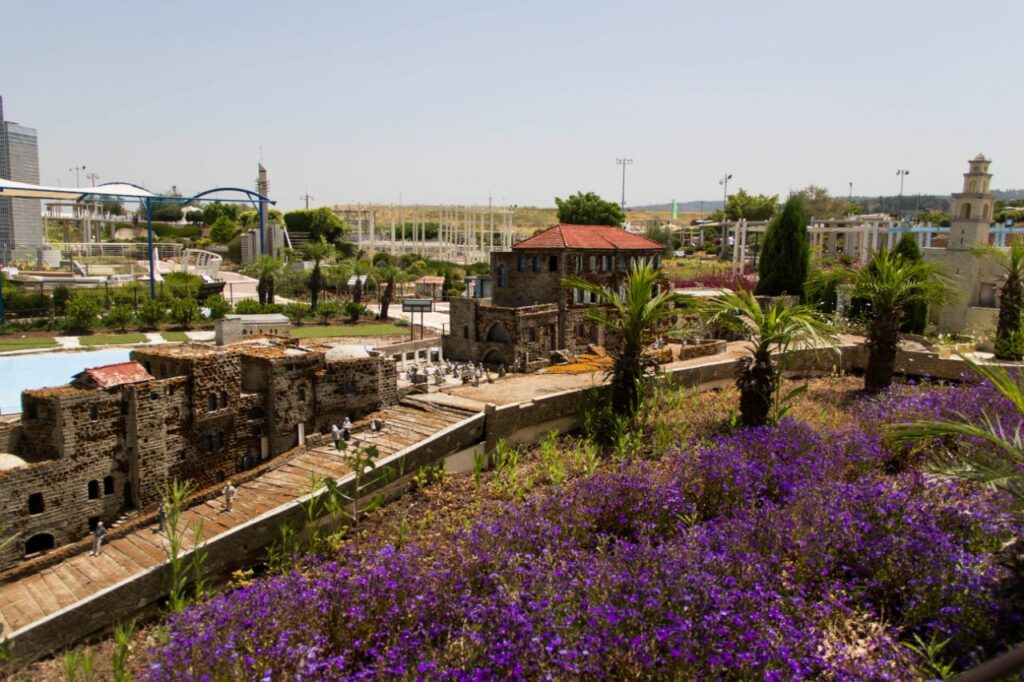 – Museum of tank troops of the Defense Forces of Israel, where you can see dozens of examples of Israeli armored vehicles and trophies, including the Soviet production – the police station with a showroom on the 2nd floor – Latrun Park, recognized as the center of the seasonal migration of migratory birds with equipped places to watch the migration – museum “Mini Israel” with dozens of buildings and houses for observation of migratory birds – Museum “Red Square” with a collection of the first floor. The “Mini Israel” museum, which presents dozens of buildings and structures in miniature.