Scotland is a land of ancient legends, mighty castles and crystal clear lakes. In the past these green hills were a source of inspiration for poets and artists and nowadays they are a captivating place for photographers and romance writers. Take a look at our picks for places that capture the beauty of Scotland at its best.

1. Glencoe Valley A place that embodies classic Scottish natural beauty to the fullest. This ancient volcanic valley with a dark history is picturesquely framed by mighty green mountains, the tops of which are often shrouded in clouds. In 1692 it was the scene of the tragic massacre – the massacre of many MacDonald men, women, and children; since then the valley has borne its other name, the ‘Valley of Tears’. Rainy and overcast weather reigns here all year round, which only contributes to the sullen and mysterious atmosphere of the valley.

Edinburgh The pride of Scotland and one of Britain’s most visited cities, Edinburgh combines old world charm and grand architecture with a bit of modern vibrancy. Crowning the city is a huge castle perched atop a rocky volcano. Other major features of Edinburgh include the beautifully preserved medieval streets of the Old Town, “King’s Street” renowned for its profusion of stores, the flourishing gardens of Princess Street and the mysterious spooky dungeons.

3. the Isle of Skye It was once ranked by National Geographic as the fourth most beautiful island in the world. The tranquil Isle of Skye is part of the Hebrides, just northeast of the Scottish coast. Here the waves of the restless Atlantic crash violently against the rocky shores, high cliffs and expansive sandy beaches. In the middle of the island, you’ll find mighty mountains and rolling moorlands, with tiny lakes and picturesque villages scattered amongst them. A romantic dream!

4. Mount Ben Nevis The mountain, at 1,344 meters, is the highest peak in Britain that countless hikers seek to conquer. Most visitors stay in the nearby town of Fort William for a few days to enjoy both the peak and the surrounding Nevis Valley, a spectacular glacial valley with waterfalls and a scenic gorge. For those who climb the fern-covered slopes of Mount Ben Nevis, the views are probably the most spectacular in the country!

5. Loch Shiel Lake This lake near Fort William is world-famous for its role as Black Lake in the Harry Potter movies. It’s best explored from a boat; special cruises along the shore allow you to spot lots of local fauna, including red deer and golden eagle. Like Loch Ness, Loch Shiel has its own legendary monster: since the late 19th century, a creature 3 meters long and with three humps has been spotted in its depths.

6. The largest national park in the country was founded relatively recently – in 2003; today it is visited by about 1.4 million tourists a year. Five of Scotland’s six highest peaks are here, and the diversity of wildlife, plants and geological formations is unrivalled in the UK. You can go rock-climbing, mountain-biking, bungee-jumping or skiing in winter. Local cultural attractions include Balmoral Castle and the distilleries where real Scotch whisky is produced.

7. Loch Maree Lake, which stretches for 20 kilometers, is often called the most beautiful lake in Scotland. Its most remarkable feature – is a series of small tree-covered islands in the middle of the water surface, on one of which (Mary Island) are still preserved the remains of an ancient chapel and cemetery, the history of which dates back to the 8th century. The lake is shrouded in mystical legends: its clearest water was once attributed the ability to heal from madness, and in the middle of the lake Marie is a druidic circle and the ancient money tree, according to beliefs, granting any wish.

8. Eileen-Donan Castle On a tiny rocky island in Loch Duich Fjord stands perhaps Scotland’s most photographed castle. Eileen-Donan Castle can be called a calling card of the country – you see it now and then on postcards, on calendars, in TV commercials and in films. The castle is famous for its picturesque views, heather honey and interesting history. The first mentions of it date back to the 13th century. However, the castle building itself is a relative novelty: it underwent major restoration in the 20th century. However, this does not prevent the castle to be surrounded by legends and have its own ghosts: Spanish soldier with beheading and enigmatic Lady Mary.

9. Loch Lomond Lake The largest lake in the United Kingdom: 40 kilometers long and 8 kilometers wide! The lake itself is part of the Trossachs National Park that extends over 1200 square kilometers of unspoiled wilderness. There are 21 mountain peaks over 1,000 meters high and about the same number of mountains over 700 meters high. The lake itself is a popular recreation spot: paddleboarding, windsurfing, water-skiing, and boat races are held here. And this picturesque place at one time became the center of action of many novels of Walter Scott.

10. Loch Ness Lake Don’t go there just to have your photo taken of the famous Nessie – you’re likely to end up like any other fan of the greatest hoax in the world. However, apart from the legend of the ancient monster, Loch Ness is also famous for its abundant wildlife, classic Scottish views and many historic buildings on its shores.

The 10 Most Picturesque Lakes in Scotland, 20 Photos 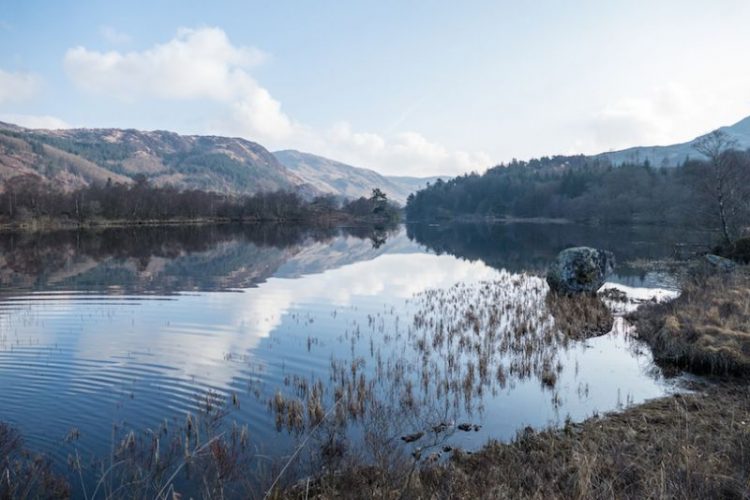 Loch Trul is located in the Galloway Forest Park. It is considered one of the most beautiful lakes in Scotland. 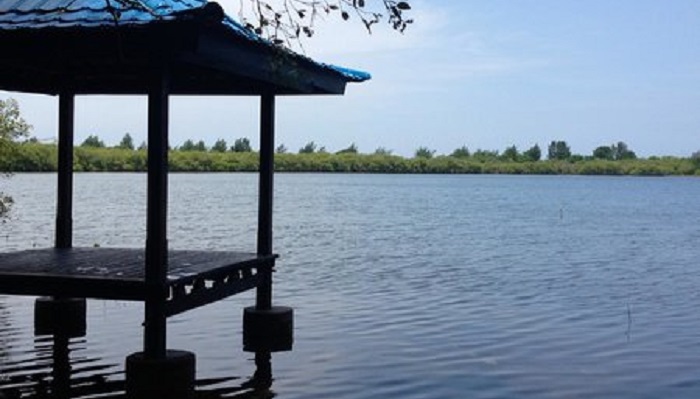 It is considered to be the darkest place in the country at night. There is a 9-kilometer hiking trail, which is the reason why travelers like this place so much. 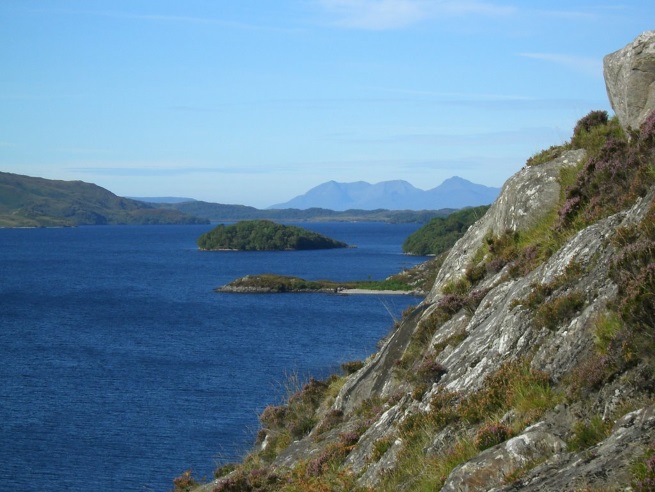 Loch Morar is located between the mountains of Scotland and is the deepest freshwater lake in the British Isles. 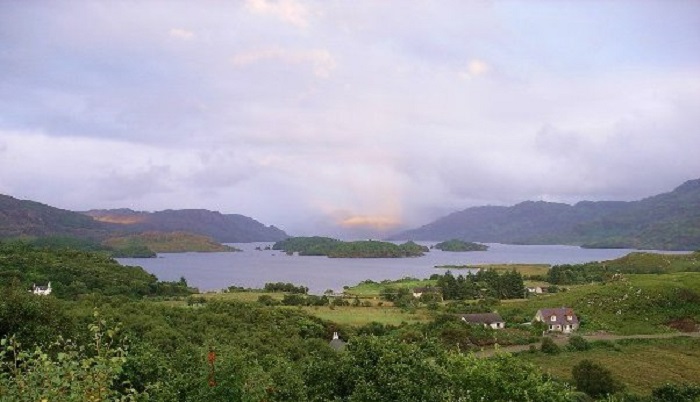 It is more than 300 meters deep. The lake, like many others in Scotland, has its own monster, Morag, who is depicted as a mermaid or death with a scythe. 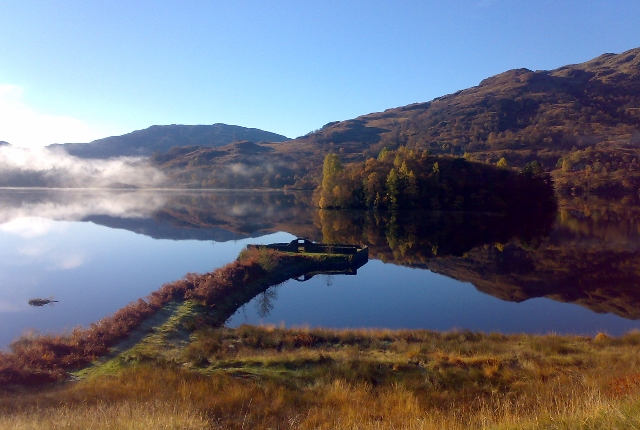 Loch Arklet is the cutest little lake that lies between two other lakes, Catherine and Lomond. 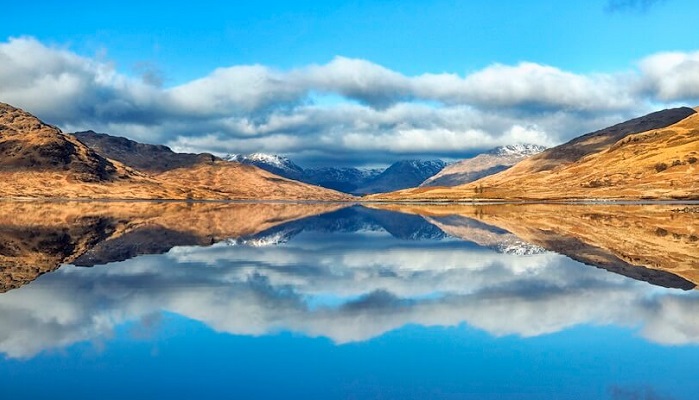 It is a beautiful place for solitude, romance and enjoyment of nature. 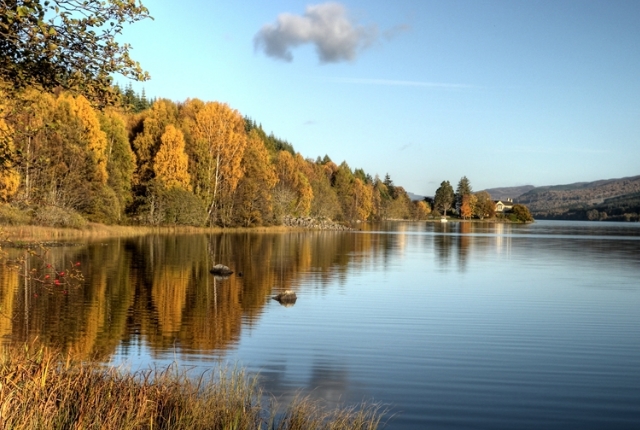 Loch Tammel is very popular with fishermen, as the lake is literally teeming with trout. Travelers, on the other hand, tend to admire some of the best scenery in the country.

READ
An unforgettable journey through beautiful Montenegro. TOP places which will not leave you indifferent 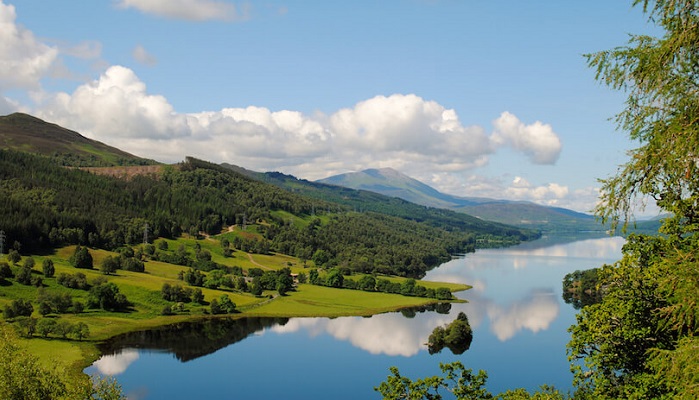 There’s the Royal Lookout, which offers the best views of the Scottish countryside. 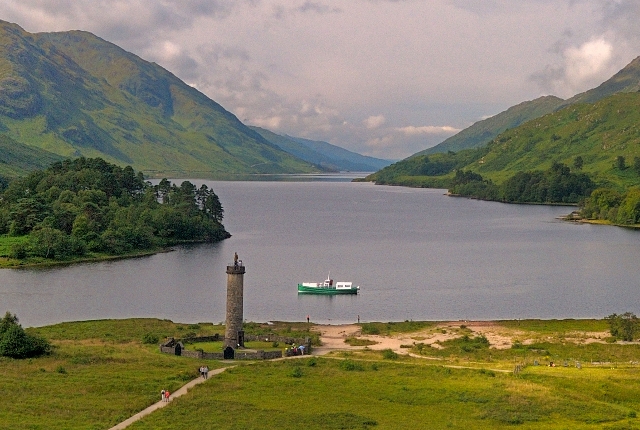 Loch Shiel is the most beautiful place not only in Scotland, but in the whole world. Fans of the Harry Potter movies will surely recognize the scenery from these locations. 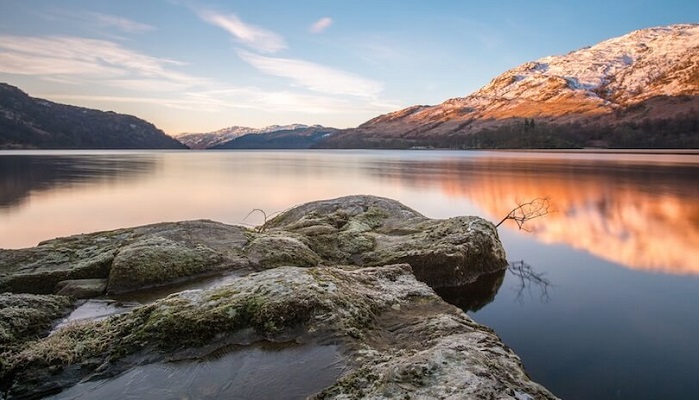 It’s a place that’s shrouded in numerous legends worth hearing. 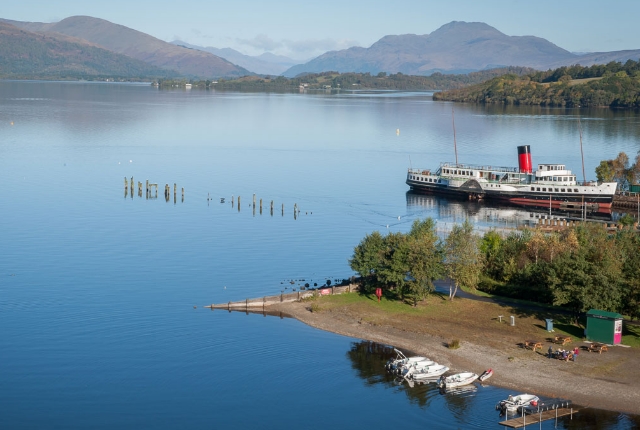 Loch Lomond , according to a famous Scottish song, is the place of bitter separation for lovers. 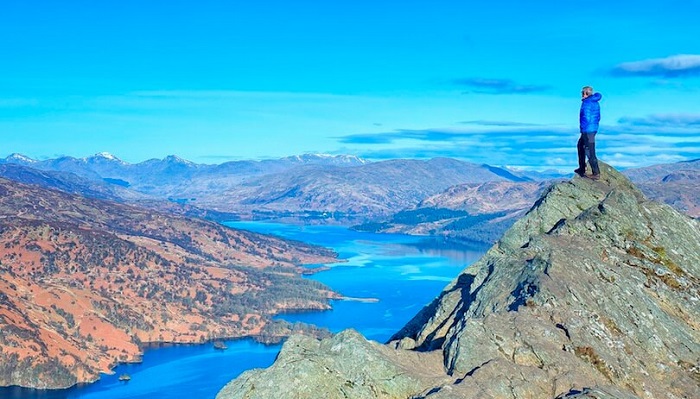 The lake is one of the biggest in Britain and is 39 kilometers long. In its middle is the biggest island in Scotland – Inchmarrin. 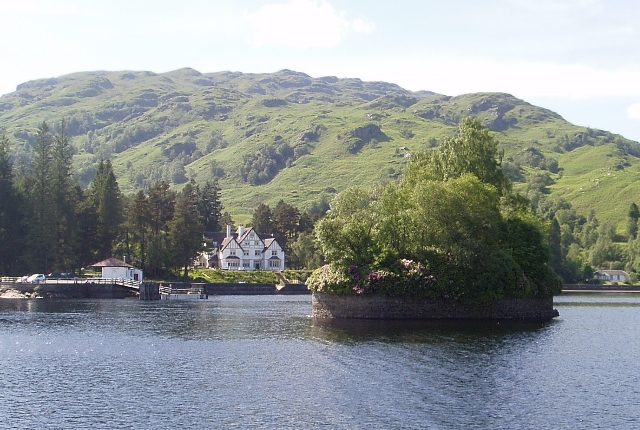 Loch Katrine captivates fans of the novel by Walter Scott. It is here, according to the novel Maid of the Lake, all the events develop. 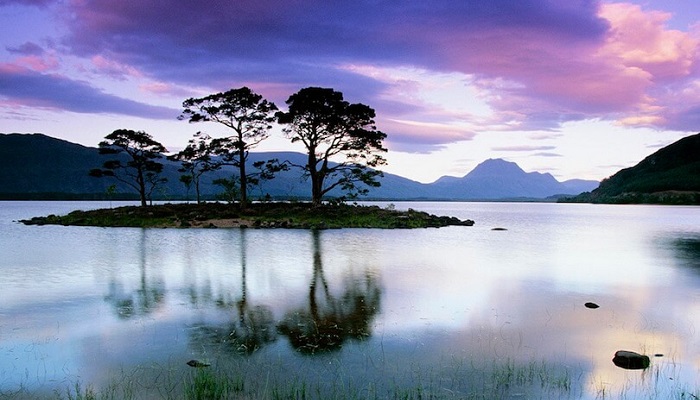 In addition, Loch Katrine is a popular tourist destination. 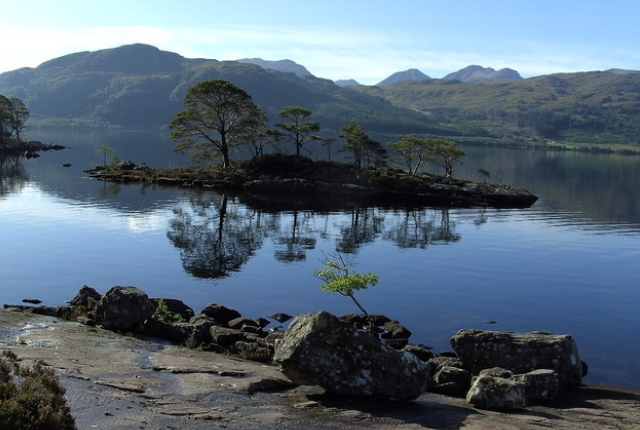 Loch Maree with its 60 small islands is considered one of the most beautiful places on Earth. It also has its own monster, the Mook-shelly, a huge eel. 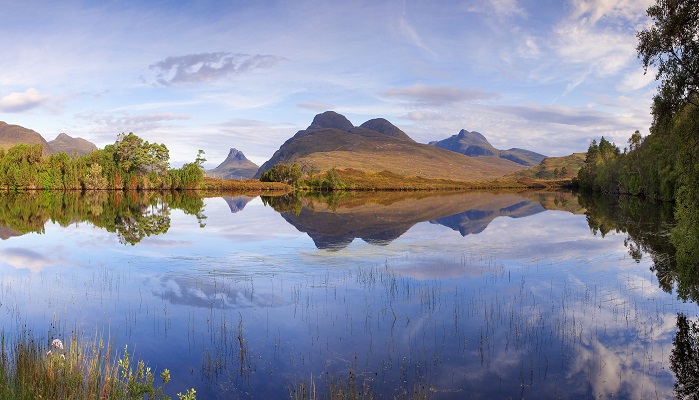 On an island in the middle of the lake there are the ruins of an ancient monastery, a cemetery and a small chapel. The waters of this lake are believed to cure mental disorders. 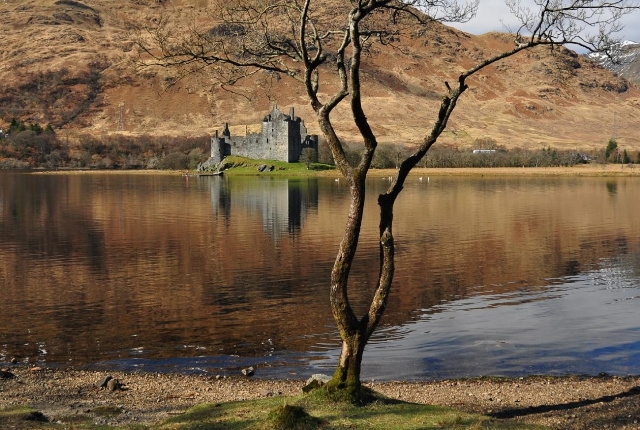 Loch Ave is known for its abundance of trout. It is the third largest freshwater lake in the country, and the longest among Scottish lakes. 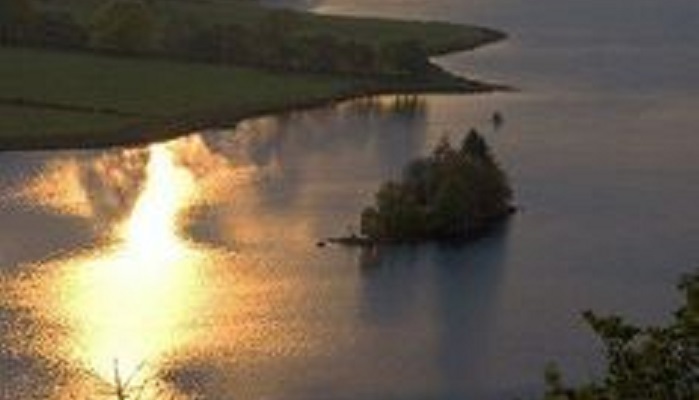 There are ruins of ancient castles, the most impressive of which is Kilham. 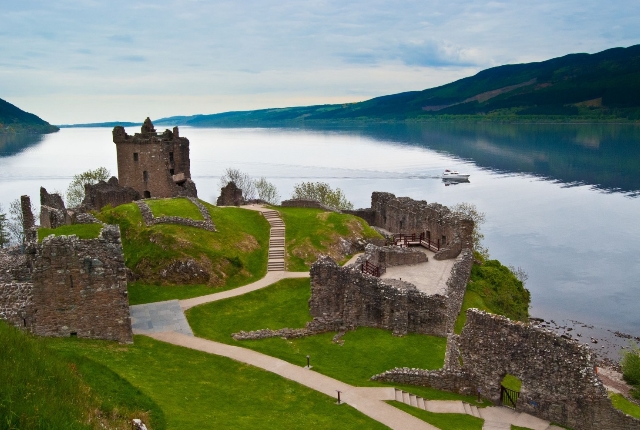 Loch Ness is a lake everyone has heard of. It is the most famous lake in the Kingdom, surrounded by legends of the Loch Ness Monster. 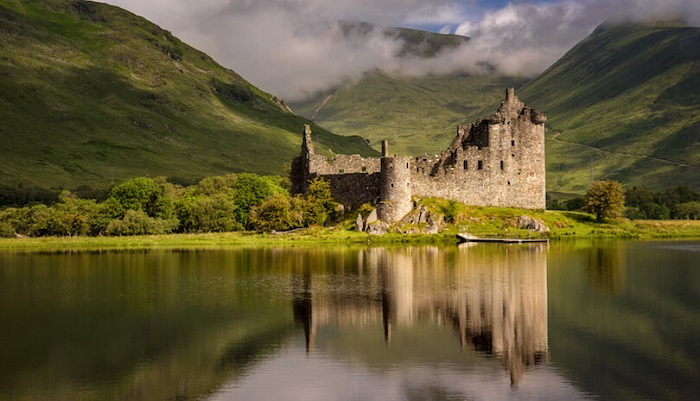 However, comments on the beauty of this natural wonder are superfluous here.