The most beautiful country in the world – Scotland

Every country has its own unique kind of beauty, and just because a country is not one of the most popular tourist destinations does not mean that it is not a gem in its own right. Rough Guides, based on reader votes, has figured out what the most beautiful country in the world is, and it is none other than Scotland.

The northernmost of the four countries that make up the United Kingdom, Scotland’s dominance of the list should come as no surprise to anyone who has ever been there.

Why Scotland is the most beautiful country in the world

Gorgeous castles and quaint fairy tale-like villages, relatively unspoiled beaches and gorgeous lakes characterize this magnificent country. There are also many fascinating things to do on a trip through the country, from discovering ancient history and tasting Scotch whiskey, to taking advantage of great opportunities to explore by car, bike or on foot.

With so much to do and so many places to see, it’s no wonder Scotland is the most beautiful country in the world. 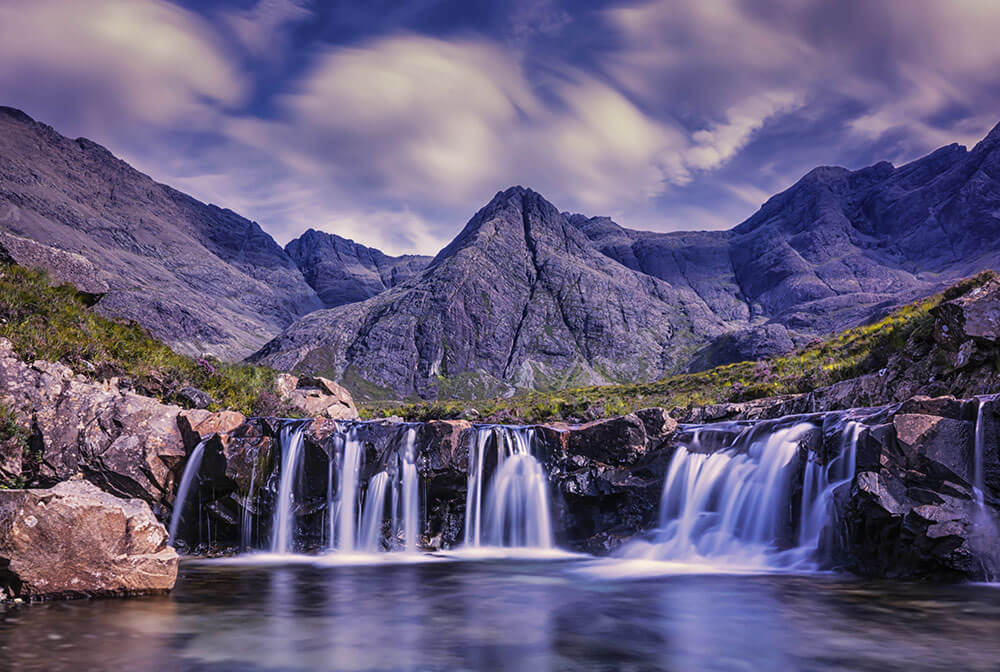 The largest island in the Inner Hebrides, the Isle of Skye has some of the most incredible scenery in the world. Historic castles dot the island against a backdrop of mountainous scenery, and famous landmarks include Old Man Storr – a rocky cliff rising from grassy slopes – and charming fairy pools made up of beautiful blue and green waterfalls and natural pools in which you can swim. 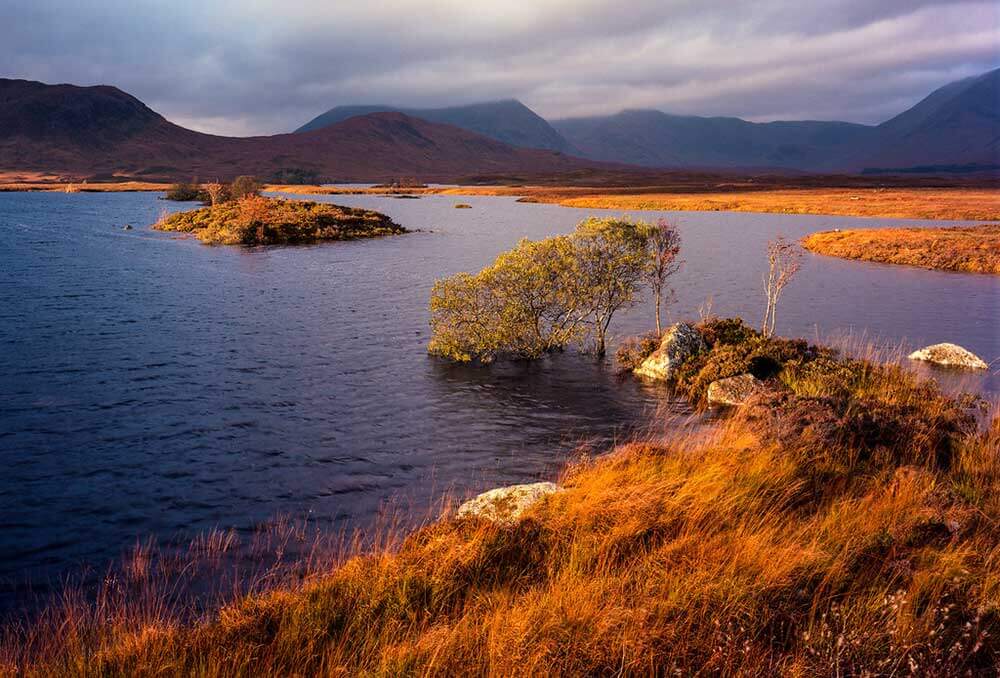 Rannoch Moor is in the middle of a 50-kilometer marshy heathland that is home to all sorts of interesting and unique wildlife. You can see beautiful deer in this relatively barren space. 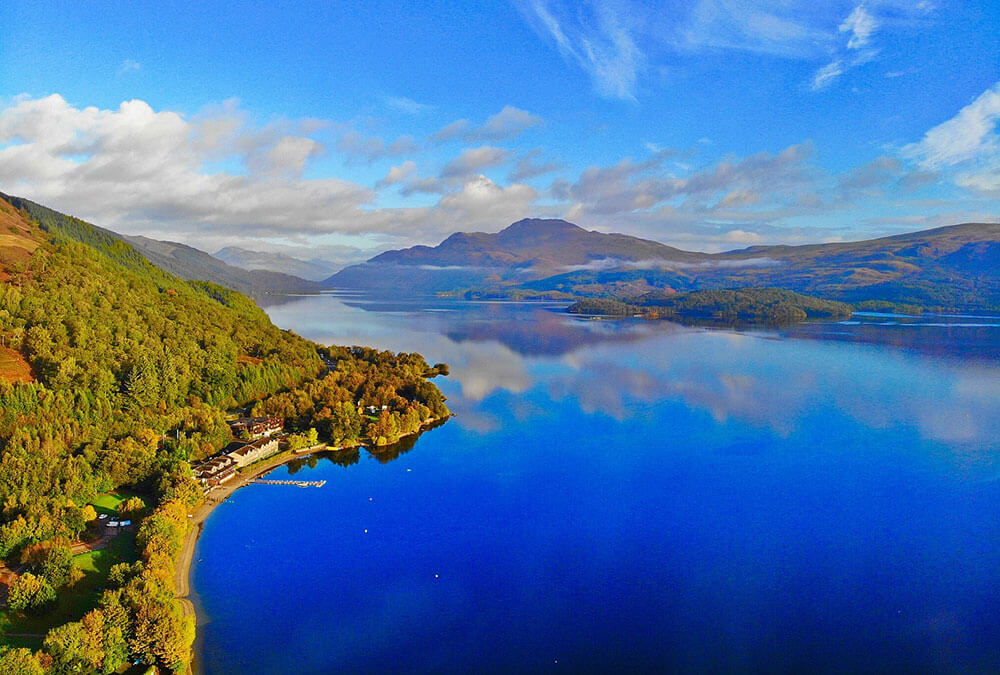 Located in the southern part of the country, Loch Lomond is the largest inland body of water in Great Britain. Both mountainous terrain and lowland surround the freshwater lake, which lies right on the shore between them. Here you’ll find tranquil landscapes filled with oaks and deer, and hiking and biking trails on the eastern side of the lake for you to explore.

READ
Unexpected Adriatic. Marche region on the map of Italy 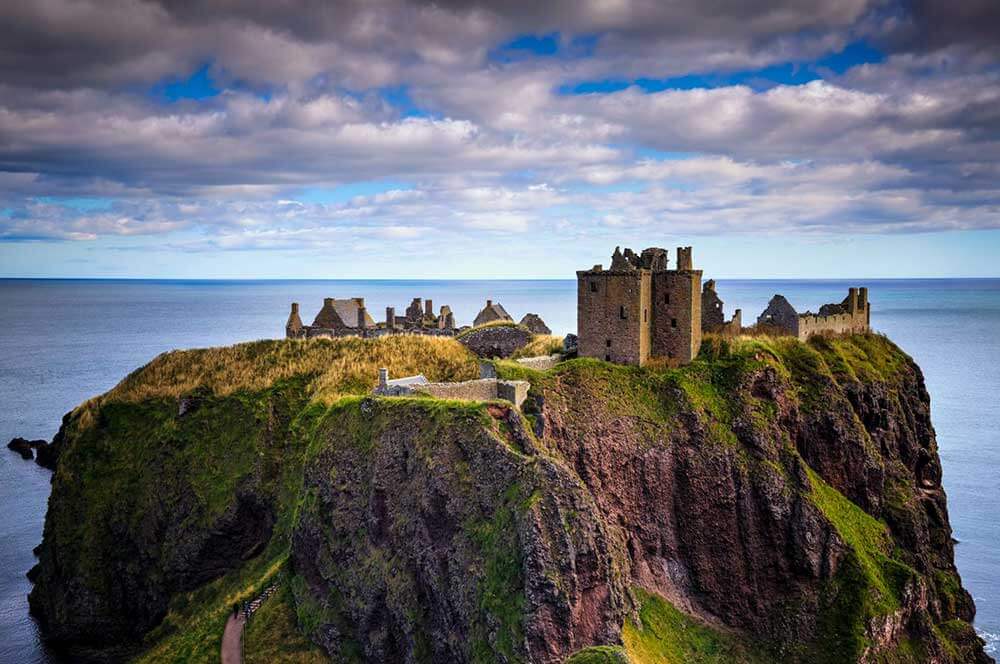 Along the northeast shore is Dunnottar Castle, a ruined medieval fortress consisting of remains from the 15th and 16th centuries. It is important in Scottish history because of its advantageous location. Although the castle fell into disrepair after playing a major role in the 1715 Jacobite Rebellion, it was rebuilt in the 20th century and is now open to tourists who want to see this piece of history and the breathtaking scenery surrounding it. 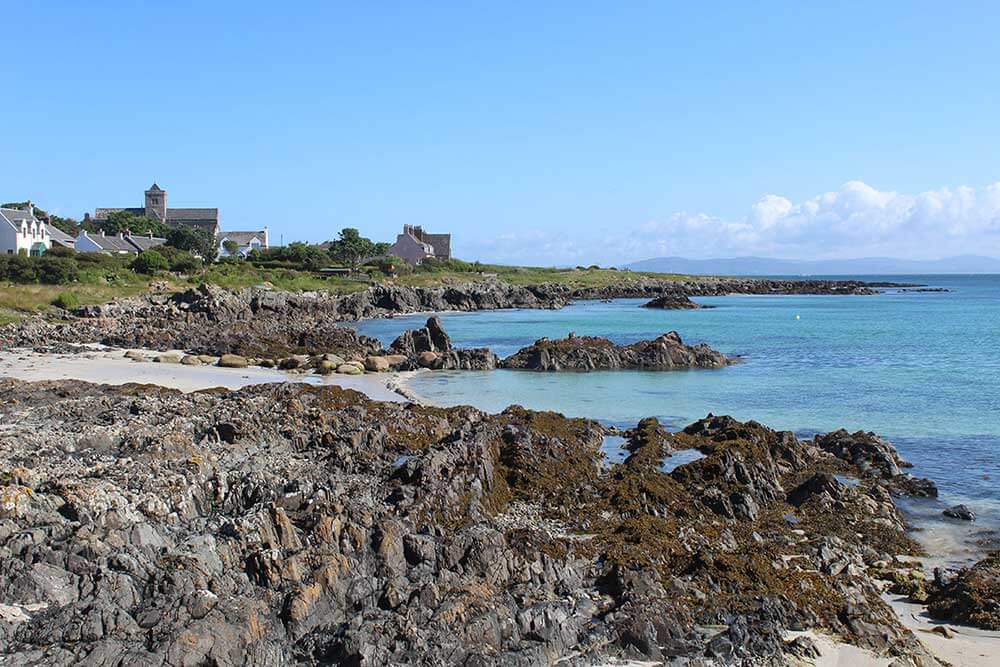 Aiona Island is one of the smaller islands of the Inner Hebrides, and a tranquil place where many people go for spiritual retreat. Its quaint abbey is now a church, but remains a feat of medieval architecture of interest to visitors interested in both history and religion. 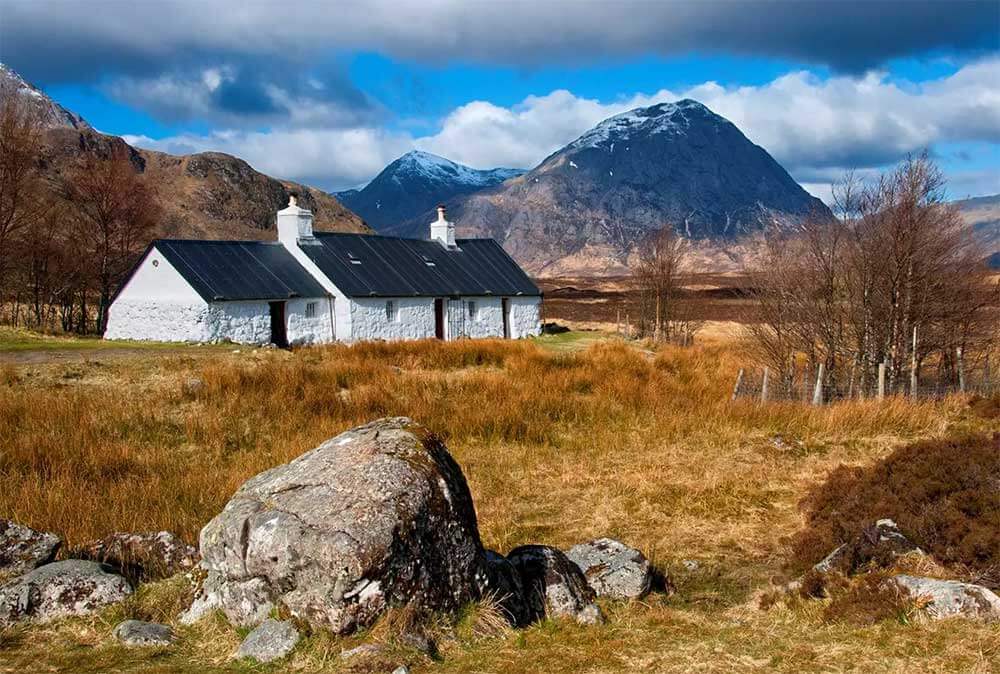 Glencoe, a village of fewer than 400 people in the Scottish Highlands, is full of gorgeous green scenery and mountainous landscapes. Located in the northwestern part of Glencoe, the village is nestled along the Coe River where it flows into Loch Leaven. Get a breathtaking view of the entire area from the summit of Glencoe Pap, a scenic enough spot to visit. 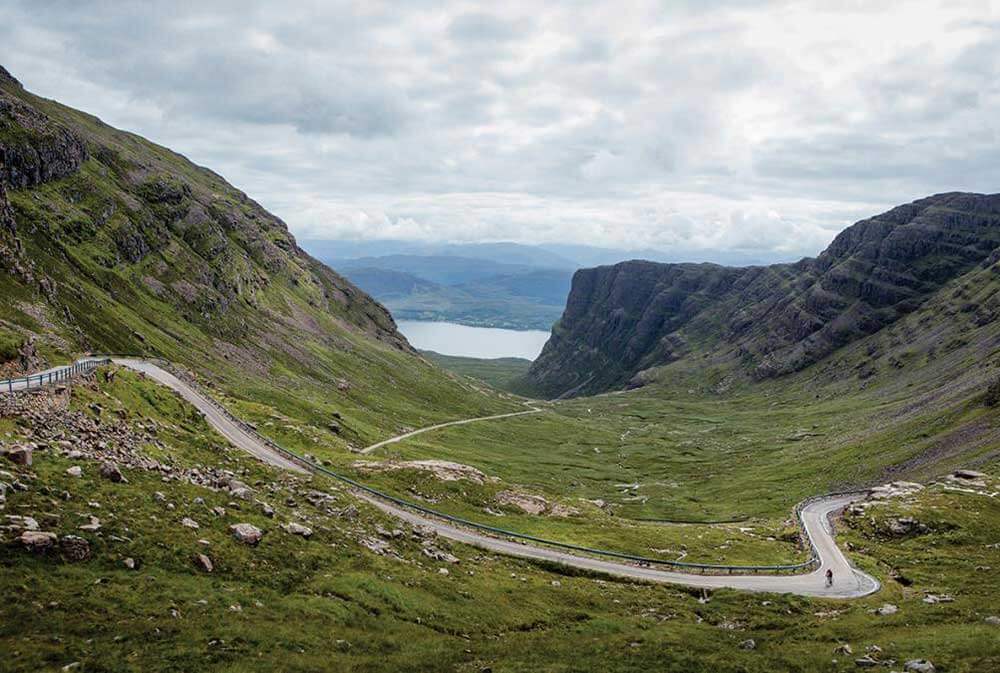 Bilach on Ba is a mountain pass that was built in 1822. It connects the towns of Applecross and Torridon. It is known for its hairpin bends and the steepest gradient of any road in the United Kingdom. It’s not for amateur drivers, but still a great experience for those who want to take an exhilarating drive. 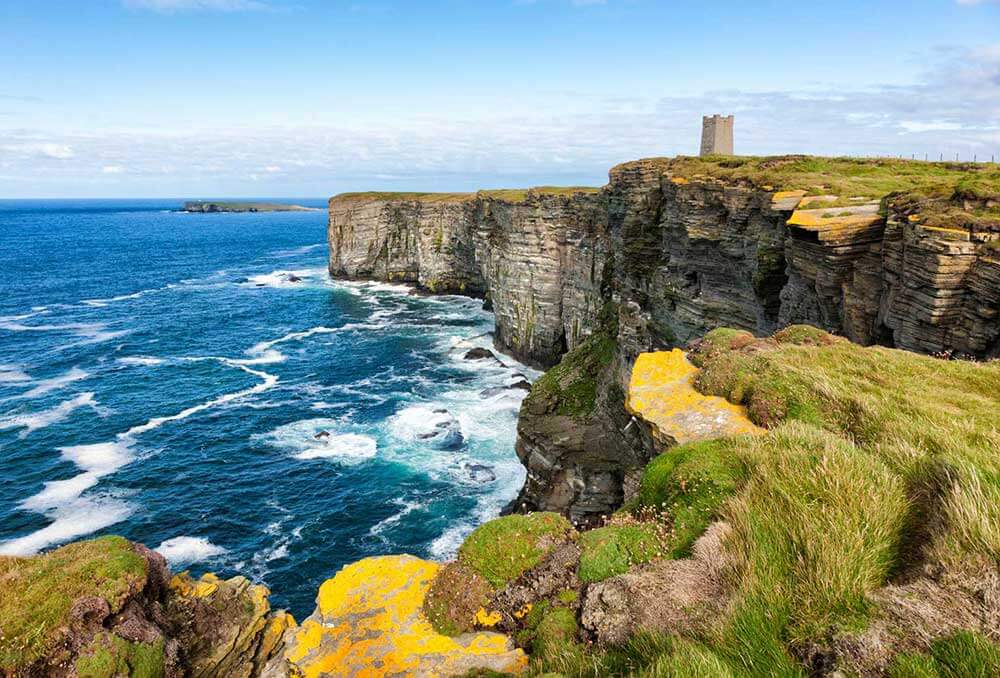 The Orkney Islands, a group of islands off the northeast coast of Scotland, are home to majestic whales and ancient history. Here you can find Neolithic sites, particularly a group of sites on its largest island that is more than 5,000 years old, such as Meshaw, a cemetery with Viking carvings from the 1300s and Skara Brae, a preserved ancient village where you’ll find a reconstructed house from the era.

READ
The best places to visit in Kuwait 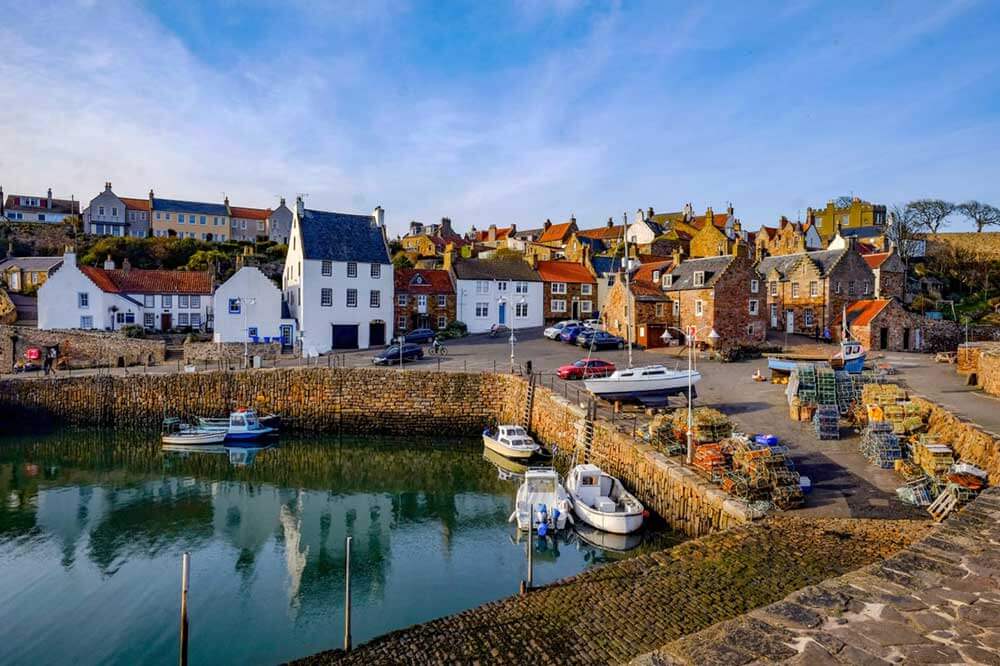 The picturesque county of Crail on Scotland’s west coast is known for its architecture and picturesque location. A historic fishing village with many 17th-century buildings, many of which have been restored thanks to the National Trust for Scotland, it’s ideal for strolling through the cobblestone streets. 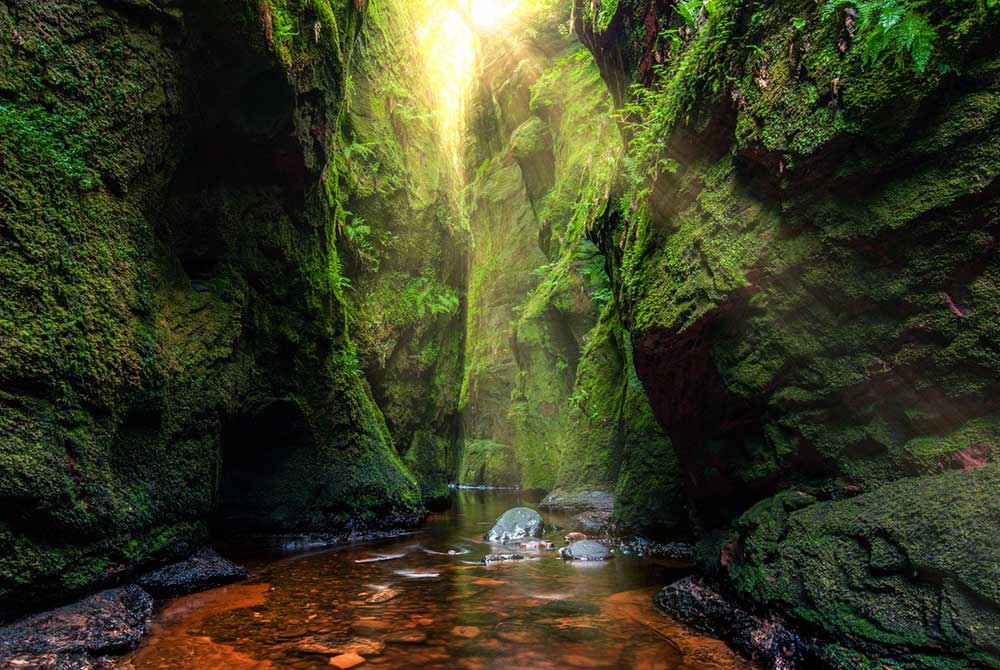 Finnich Glen is a 20-foot high valley located in Stirlingshire, near Craigat Wood. The round rock in the valley is known as “The Devil’s Stand,” and the steep staircase, built in 1860, is known as “The Devil’s Steps.” Hidden under a small stone bridge that people cross to enter the neighboring village, Croftamie is a mysterious gorge made of sandstone that sometimes makes the water look red, making a striking contrast to the moss-covered walls. 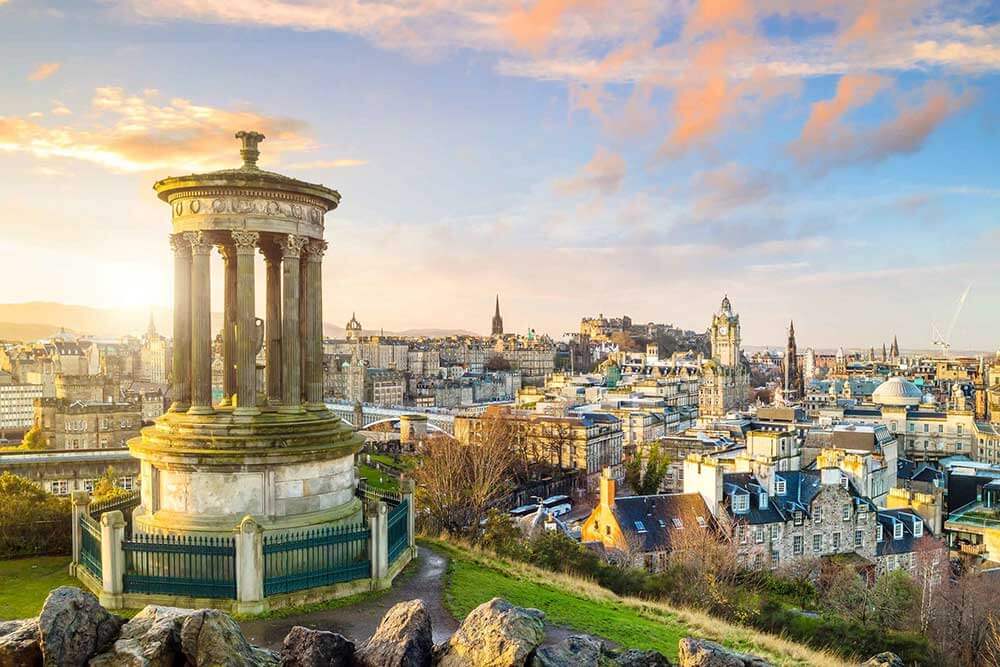 The Scottish capital is an interesting mix of tradition and modernity, with modern architecture standing alongside Gothic churches and medieval palaces. Both the new and old cities of Edinburgh are UNESCO World Heritage sites, the latter being home to the famous Edinburgh Castle, which towers over the city from one of its highest points. 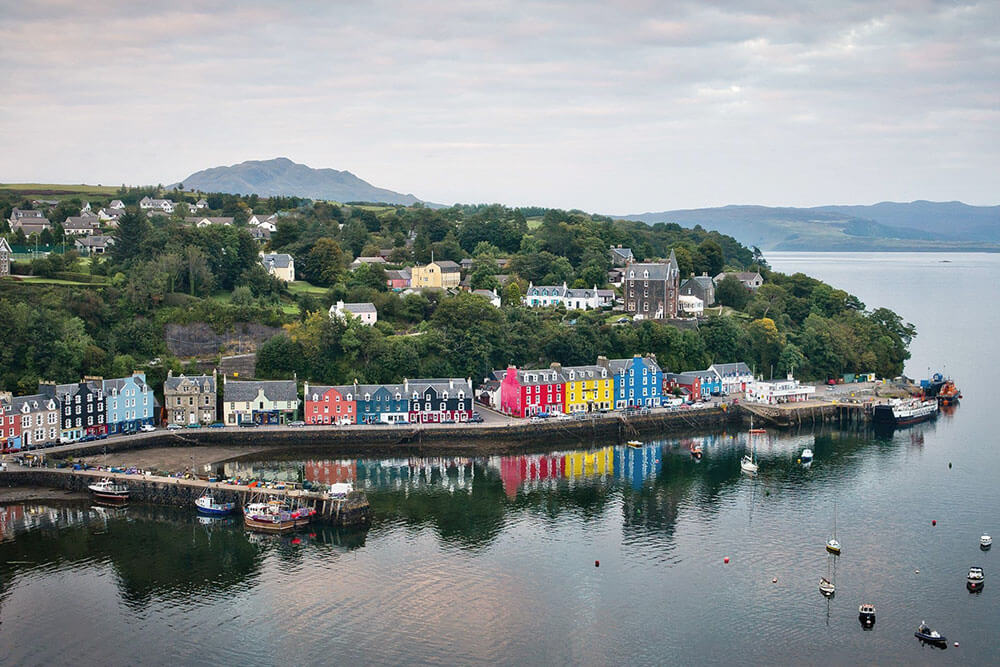 The main attraction of the Isle of Mull is its capital, Tobermory. It is a coastal town that is home to the island’s only single malt Scotch whiskey distillery and a main street filled with brightly colored buildings with some great stores and restaurants.

Mallet also has great beaches, beautiful hills and fascinating wildlife, and it is there that you will find the beautiful Griboon Cliffs. 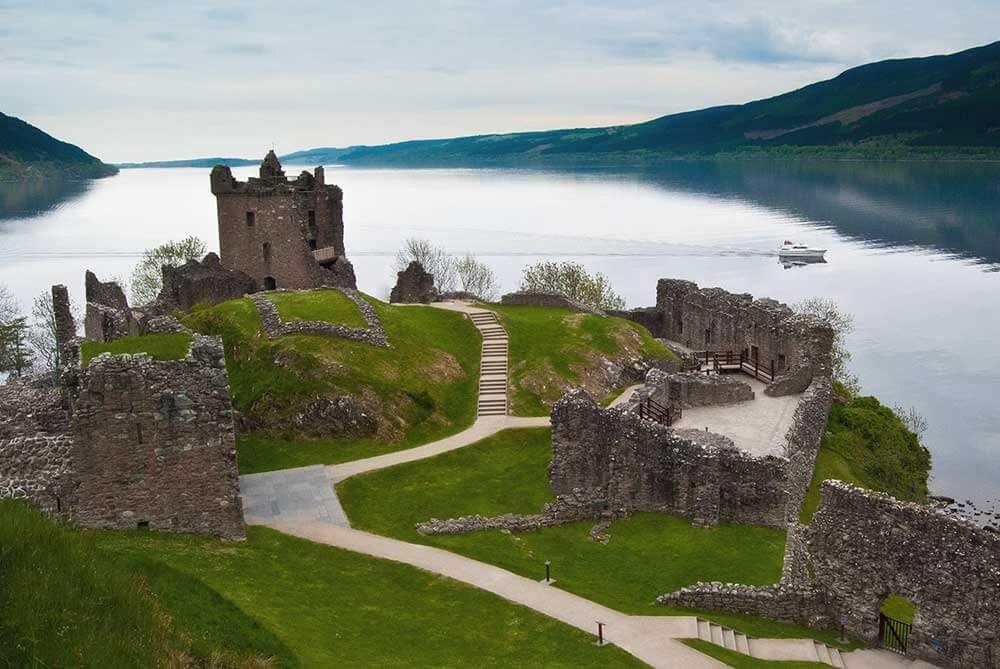 You may not be able to discover the famous monster of Scottish legend, but a trip to Loch Ness is still full of mystery and wonder at the beauty of this large and deep freshwater lake surrounded by beautiful scenery in the Scottish Highlands.

Visit the ruins of 13th-century Urquhart Castle, which overlooks Loch Ness on its western shore, to learn a little about Scottish medieval history.

READ
Guide to the sights of the Turkish Riviera 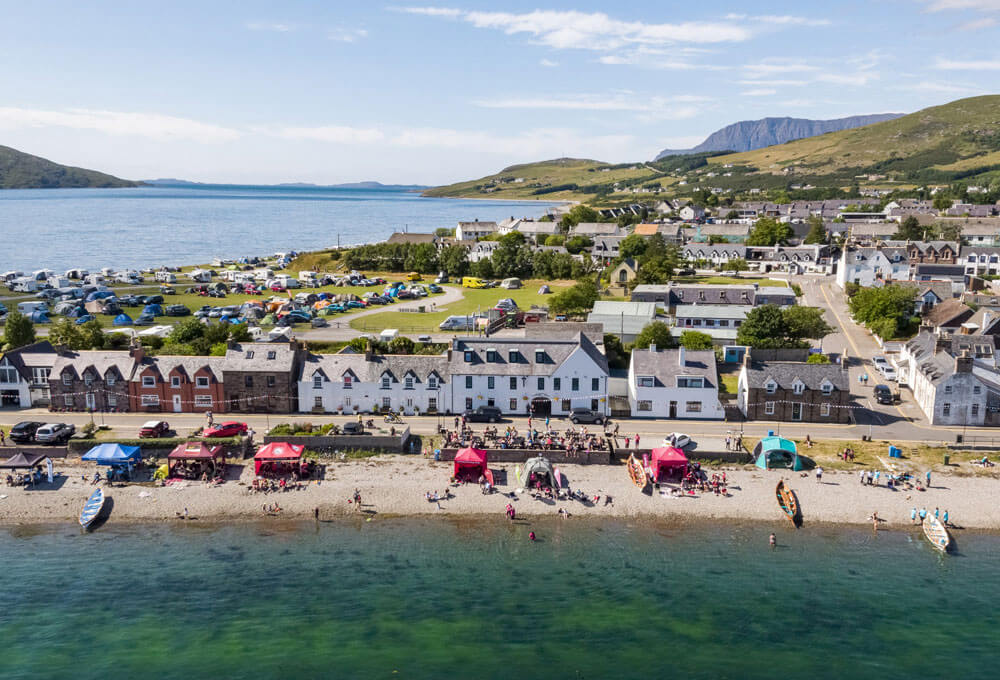 The New Zealand cabbage trees in the village of Ullapool are often mistaken for palm trees, and the moderate temperatures of the North Atlantic drift here make this tiny destination somewhat of an oasis. The Ullapool River runs through the village, and the surrounding countryside is surrounded by rugged mountains that offer breathtaking views for brave travelers. 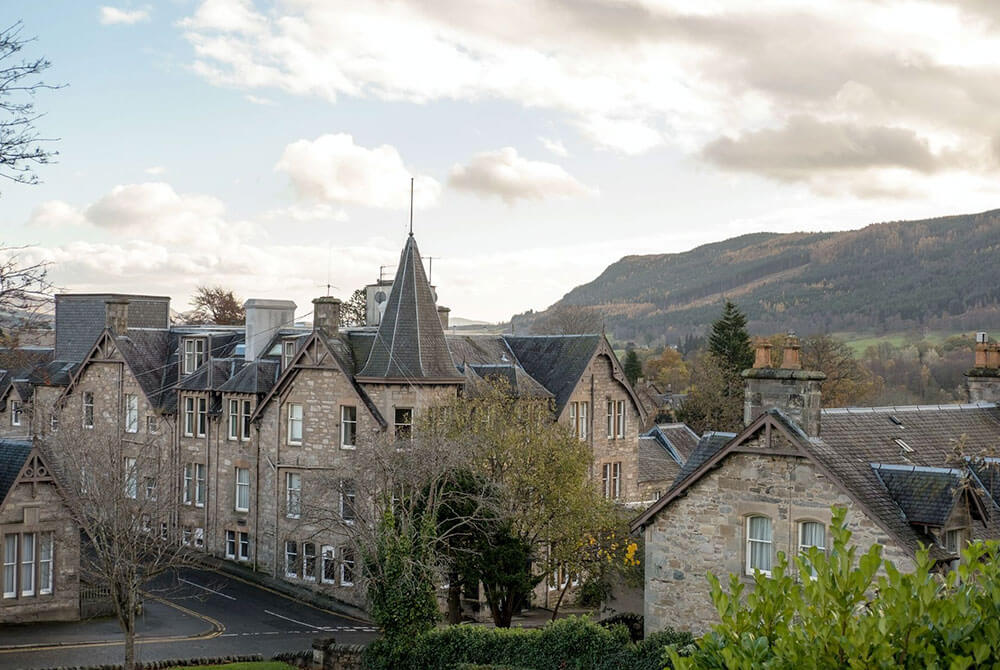 The town of Pitlochry, which is located right along the Tammel River, stands out for its Victorian atmosphere. A tourist resort since Queen Victoria visited the area in 1842 and the construction of the railroad in 1863, it is known both for its historic architecture and the surrounding hills and mountains, perfect for a great hike.

All these beautiful landscapes, castles and other and architectural masterpieces confidently declare that Scotland is the most beautiful country in the world, indisputably.