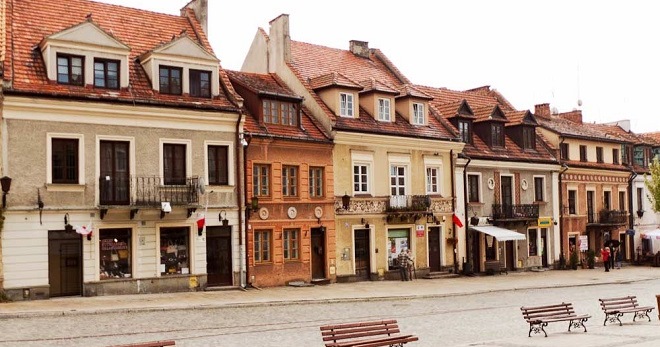 One of the great cities of Poland is Sandomierz, once called Sandomierz. It has a long history and used to be the residence of kings, but today it is famous for its architectural monuments and medieval color.

The peculiarity of the city

The map of Poland shows that Sandomierz is situated in the south-east of the country, not far from Warsaw, and is divided into two parts by the Vistula. The city belongs to the Świętokrzyskie Voivodeship and has the status of a municipality. It is situated on the Kielce and Sandomierz Foothills, at an altitude of 200 m above sea level. Its area of 28.69 sq km, where live 23780 people.

Sandomir is often called the “little Rome”, as it is situated on 7 hills. The city is considered the center of the Roman Catholic diocese and is one of the oldest in Poland. The first settlements appeared here during the Neolithic period. The settlement is away from industrialization, so it was able to keep its ancient spirit. On its territory there is a glass factory Pilkington, which produces automotive products. 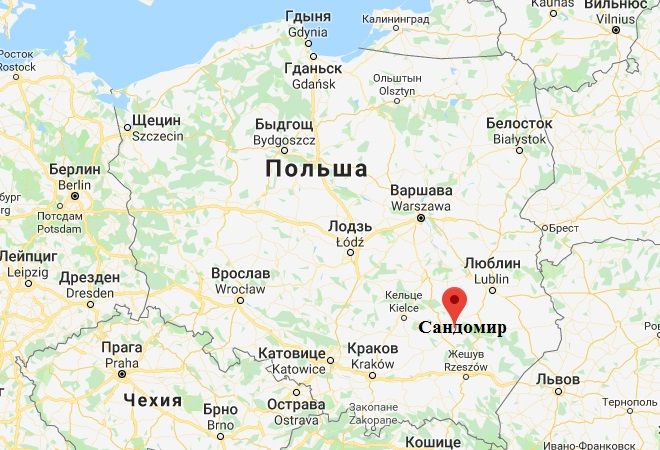 Sandomir was first mentioned in the 12th century by chronicler Gallus Anonimus, who put it on a par with such major Polish cities as Krakow and Wroclaw in his works. Nevertheless, archaeologists have evidence that the first humans inhabited the area as early as the Stone Age. The settlement was located at the confluence of important trade routes that led from Western Europe to Russia and beyond to the Mongol Empire.

In 1139 Sandomir was the capital of the appanage princedom, and after the death of Boleslaw Krivousty his son, Henrik, ruled it. In the XIII century the city was repeatedly burned down by the Tatars, until the Prince of Sandomierz Leszek the Black came to power. He moved the town to the steeps of the Vistula River, acquired the Magdeburg Rights and began to develop it. After the Polish lands were united in the 14th century there were about 3 thousand inhabitants, who were proud of their capital.

READ
Holidays on the island of Djerba, Tunisia: climate, features, how to get there

Over the next centuries, the settlement was destroyed and rebuilt several times, invaded by foreign armies and changed the layout. Some of the buildings were able to retain their appearance, while others went missing. By the way, during World War II Sandomir miraculously escaped a bombing, so many buildings have survived to this day. 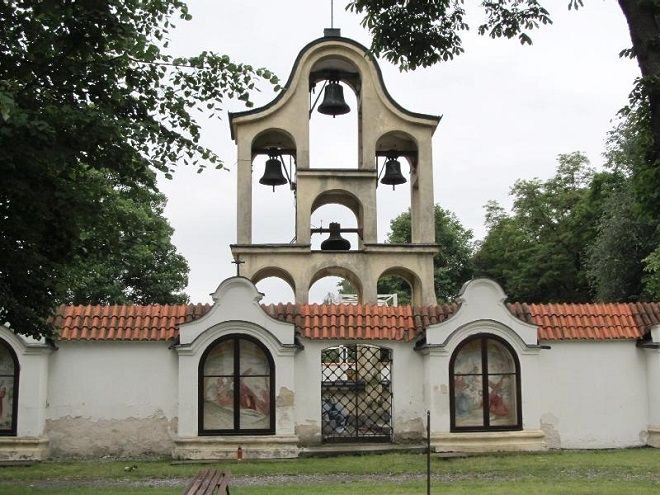 Weather in the city

The weather in Sandomir is temperate cold. Here during the year there is up to 560 mm of precipitation. It rains most often in summer – 85 mm in July, while February is considered the driest month – 25 mm. The average annual air temperature is +8 ° C. The mercury reaches its maximum in July, when it exceeds +23 °C. In January it can fall to -7 ° C. 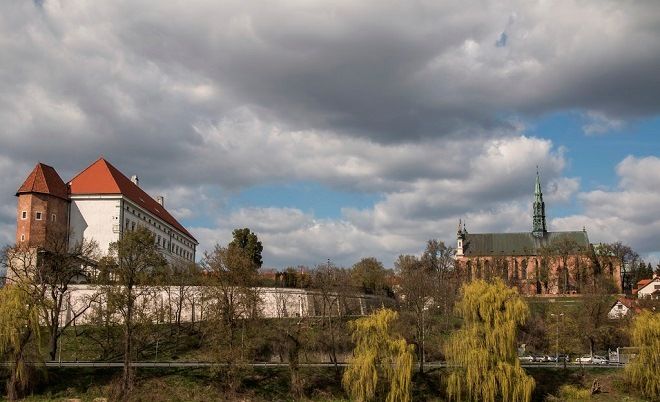 Today in the city you can see a huge number of interesting institutions, which are located in historic buildings. The most interesting of them are:

READ
What and where to eat in Lampedusa, Italy: 10 typical dishes and the best restaurants

In Sandomierz there are more than 80 places where you can stay overnight. They are represented by hotels, hostels and apartments. They offer a wide range of quality accommodation services. The most famous hotels in the city are considered: Hotel Sarmata Zespół Dworski, Pensjonat Sandomierski or Apartament Mieszczański. 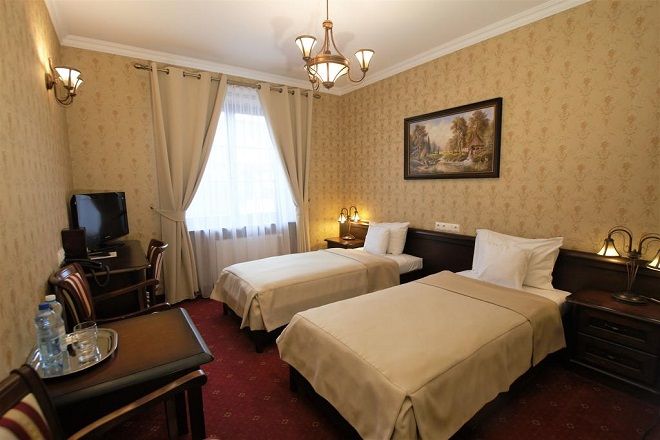 Meals in the city

Tourists can eat in Sandomierz in various catering establishments. Here visitors are offered both national and European dishes. Restaurants usually serve large and tasty portions, but their prices are higher than in cafes. You can eat in the city at such places as W Starej Piekarni, Bistro Podwale and Cafe Mala. 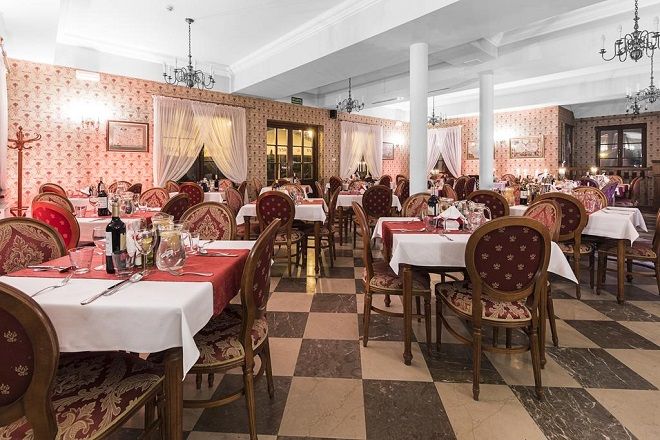 As a souvenir tourists take from here statuettes, dolls and jewelry made of striped flint. This stone is considered characteristic of the Świętokrzyskie region. They are sold in special galleries. Also in Sandomierz there are shopping centers, stores and supermarkets, where you can buy different things and products. 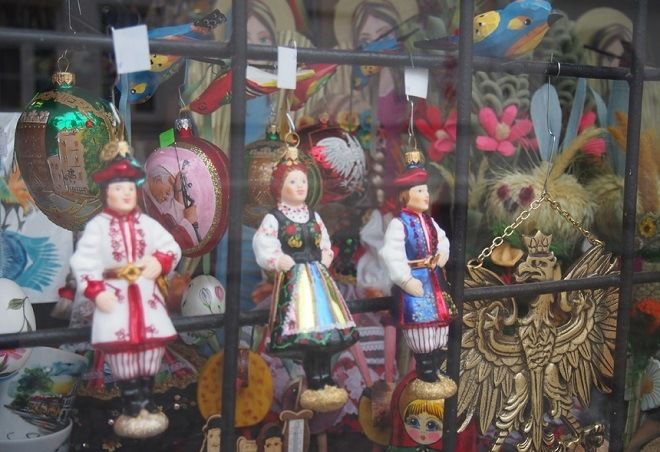 Through Sandomierz runs the national road number 77, which in the vicinity of the village intersects with the highway number 79. From major cities in the country you can get here by bus.

Although the town, located in Świętokrzyskie Voivodeship, is known as teeming with corpses, crimes in Sandomierz are committed only in the detective series “Father Matthew”. One of Poland’s oldest cities, mentioned already in the Chronicle of Gall Anonim, is actually safe, but it has many unusual places.

All the mysteries of Sandomierz

Sandomierz, lying on seven hills, was once called “Little Rome”. To this day, the city has preserved the medieval street system, and Market Square looks quite unusual, as it is located under the slope (height difference of 15 m). The capital of Italy is reminiscent of the sunny colors of picturesque houses. Through the city pass tourist routes: Cistercian, Way of St. James, Jagiellonian, Wooden Architecture and Eastern cycle route Green Velo.

Dlugosz House and other attractions

The Abbey Gate (Brama Opatowska), built without foundations, is over 650 years old, and is the only entrance gate to the city that survived to this day. Climbing up the 130 stairs begins the tour of Sandomierz, because from the observation deck you can see all the attractions. The first is the aforementioned square-shaped marketplace, which measures 100 m x 110 m and has a Gothic Town Hall and a huge anchor symbolically holding up the sky. Tourists will have to solve a mystery: how is it done?

On the second floor of the Olesninski House on Market Square in the summer is hung the banner of the knighthood of the Land of Sandomierz in honor of the Jagiellonian Fair. In the courtyard of the house there is a passage to the Underground tourist route. It is formed by the corridors and cellars of the former merchant’s warehouses. Ghosts can appear in the dungeons.

Elephant’s legs, Adam Mickiewicz’s pipe and authentic gloves of Queen Jadwiga are in the Diocesan Museum – Gothic House of Dlugosz, which is considered to be the absolute tourist hit of Sandomierz.

There are many churches in the city, but the most famous one is the monumental Gothic and Baroque cathedral, with accidentally discovered Old Russian-Byzantine frescos representing the life of the Blessed Virgin Mary. On the Old Romanesque Hill, where the oldest church of St James stands, which is almost 800 years old, and where the Way of St James runs, archaeologists discovered an 11th century settlement and a cemetery with a group of “anti-vampire” graves. Another tourist attraction is Needle’s Ear or Dominican wicket, the last surviving passageway in the defensive walls of Sandomierz.

A stone rarer than a diamond

A new landmark of Sandomierz is the Marshal Józef Piłsudski Promenade on the Vistula River. There is a modern marina, a water sports information and recreational building and a playground on the Vistula River. From late April to October you can go sailing on the river, including on board a vessel styled like a Viking boat. From the water you can see the promenade and the surviving wing of the castle, which was set on fire in Sweden and now houses the County Museum. The permanent exhibition has the world’s only collection of jewelry made of striped flint, a unique stone found only in the land of Sandomierz. It was chosen as a symbol of the presidency of Poland in the EU, as this stone is rarer than a diamond. In the town there are magnificent gorges and geological-natural reserve Pepszowie Mountains (Pepper Mountains).

Among numerous events which are regularly held in Sandomierz, it is worth paying special attention to the Film Festival – Unusual Encounters with stars, workshops and concerts; Days of Sandomierz with bands of re-enactors, concerts, culinary shows and fashion shows; Jagiellonian Fair and Knights’ Tournament; Music in Sandomierz Festival; Sandomierz Organ Evenings; Dookoła Wody Festiwal – a colorful journey that introduces listeners to music from around the world.