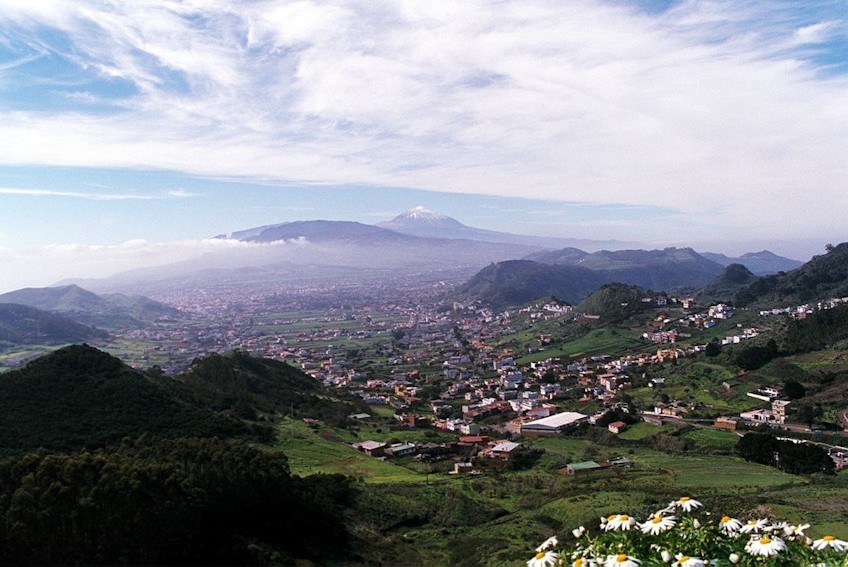 This town with the catchy name of San Cristóbal de la Laguna was the first one on Tenerife: the founding of La Laguna dates back to 1496. Like many towns of Tenerife, La Laguna also stands on the site of an ancient settlement of Guanches, who lived peacefully for many centuries before Spanish colonization. Once there was a small bay, a lagoon deep inland, the memory of which only remains in the name of the city.

The height above sea level in this area is only 545 meters, which is very low for Tenerife. By comparison, the highest point of Barcelona, the observation deck on Mount Tibidabo, is 512 meters above sea level.

La Laguna was the first city in Spain built not as a fortress.

Its plan is now preserved in a museum and is, to some extent, an example for many other Canarian and Spanish cities. The site in the interior of the island was specifically chosen in an attempt to defend itself against pirates. As we know, they liked to hide their treasures in the Masca Gorge, not shying away from robbing the locals along the way. For two centuries until 1723, La Laguna was the capital of the picturesque island and the Canary Islands. 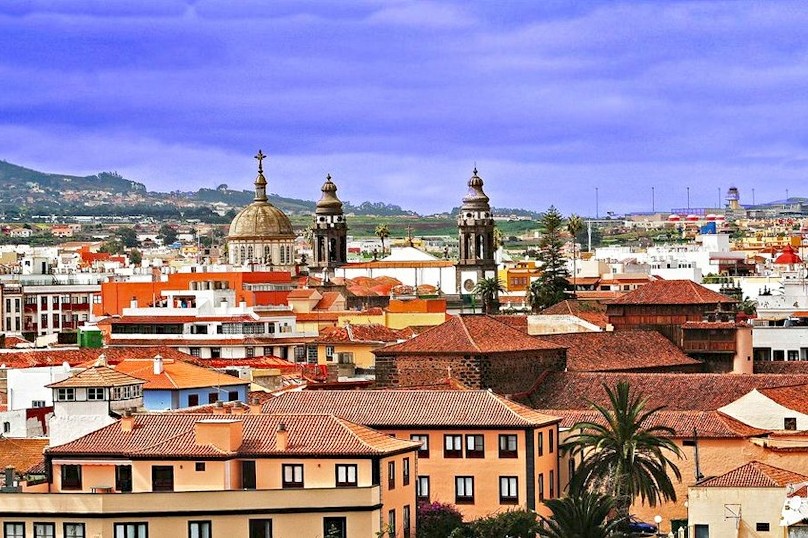 The city is a UNESCO World Heritage Site and to this day remains the spiritual, cultural and educational center of the island, maintaining its authenticity. The historical part of the city has not been preserved in a fragmented way for the past 300 years but in whole neighborhoods. That’s why we advise to visit La Laguna for lovers of authentic antiquity, ancient streets and architectural monuments, especially since the weather here is always good.

The cathedral of La Laguna is an example of neo-Gothic architecture and is the burial place of Alonso Fernández de Lugo, the Andalusian commander who annexed the most unruly and at the same time the wealthiest islands of La Palma and Tenerife to the Spanish crown. It is known that he was a very cruel, despotic, ambitious and overbearing personality.

READ
Kilimanjaro is one of the symbols of Africa

The battles with the Guanches for Tenerife were hard and bloody, eventually both islands were conquered in 1494 and essentially belonged to him. During his reign, Fernández de Lugo turned all the Guanches into slaves, and controlled all the movements of people between the Canary Islands and their arrival from the continent, forming a circle of permanent settlers, distributing land, farmland and even water.

The ancient Church of Iglesia de la Consensien (Immaculate Conception of the Virgin Mary) is one of the first Catholic churches in Tenerife, founded in the 15th century. It was destroyed by an earthquake and rebuilt in 1778, remaining a rare example of the Canarian Baroque style and a monument of national importance. The majestic tower is visible from afar and is one of the symbols of the city. 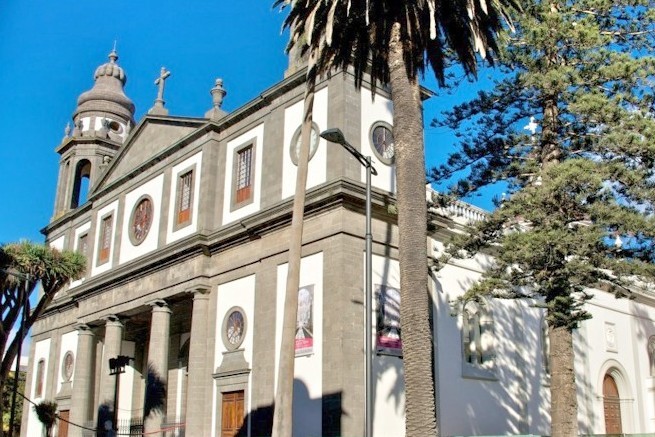 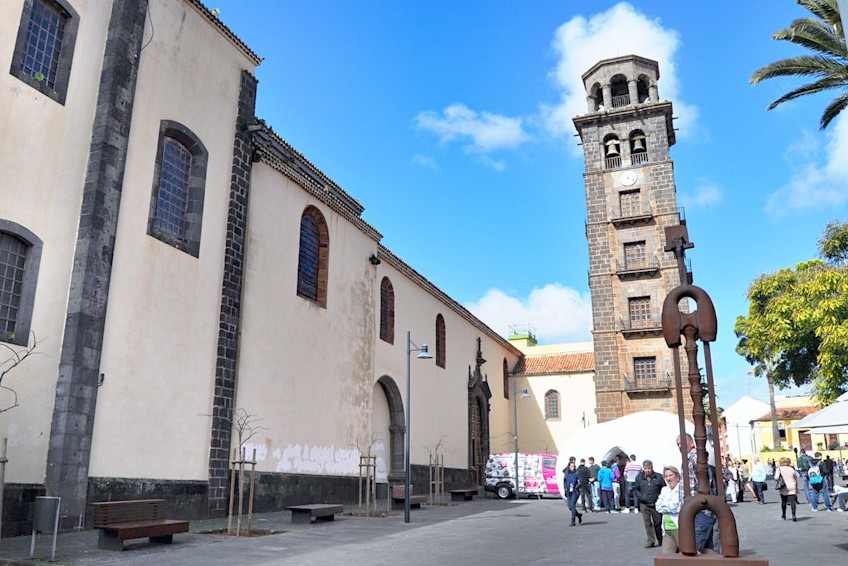 Cathedral of St. Catherine of Siena

The Cathedral of Saint Catherine of Siena (Convento de Santa Catalina de Siena) is famous because it contains the miraculous relics of Saint Maria de León Bello y Delgado. Sister Maria was born and lived in Tenerife between 1643 and 1731. She served in this monastery and died there at the age of 87, doing much good to the people. She had prophetic visions and the gift of healing mortal ailments. Three years after her funeral, her body was removed from the grave for reburial, and it turned out that no change had occurred to it.

Thus the imperishable relics of Mary became the greatest shrine of the Canary Islands, and the monastery of St. Catherine of Siena became the most visited in Tenerife. One day a year they can be seen in a transparent sarcophagus on the day of veneration of this saintly maiden. Also notable is the fact that the monastery itself was founded in 1606 in the complex of buildings where Alonso Fernandez de Lugo, a tyrant and viceroy of the Spanish crown, was known for his cruel treatment of people.

READ
The most unique castles in the world 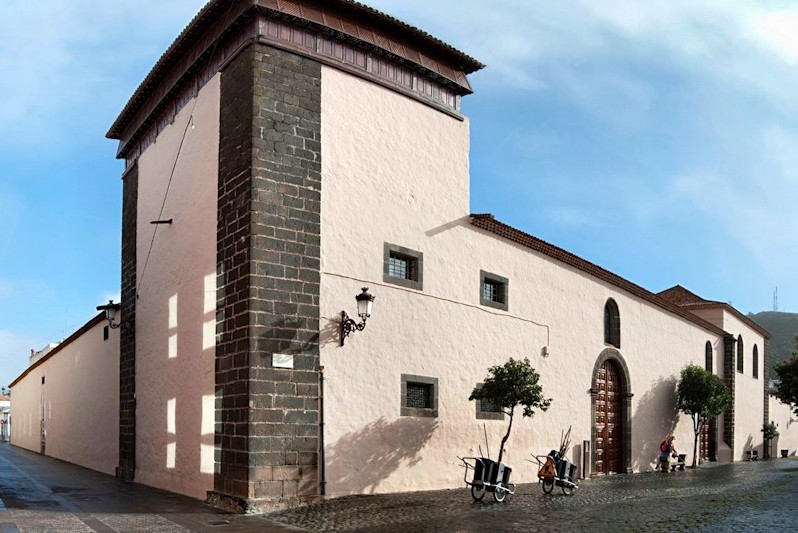 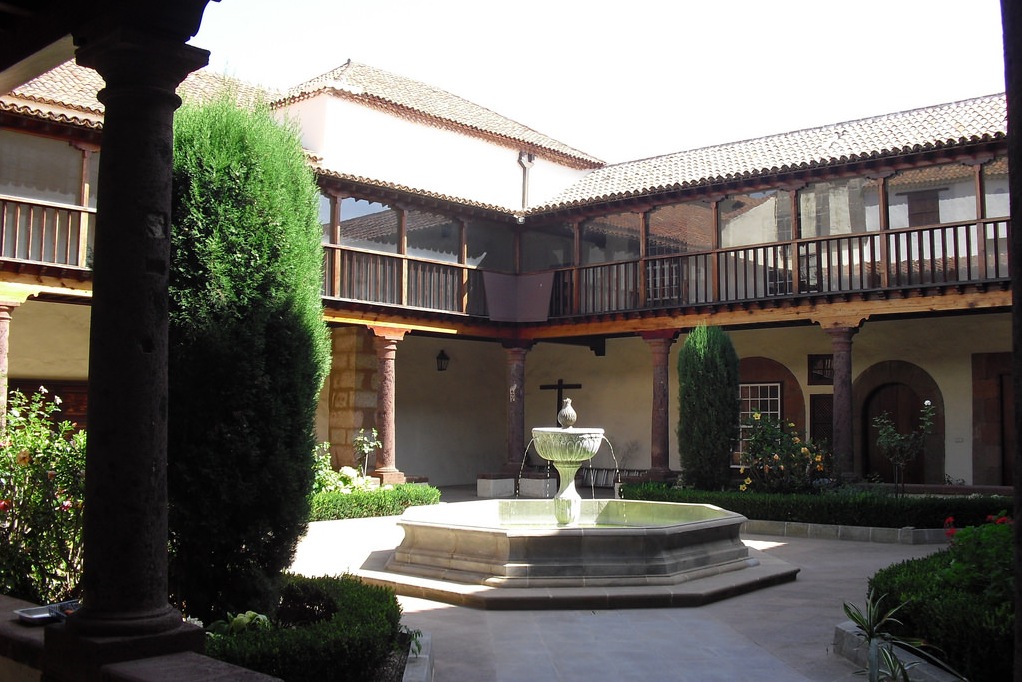 The shrine of Cristo de La Laguna contains a local relic, an ebony cross brought here in 1520 by Alonso Fernández himself. 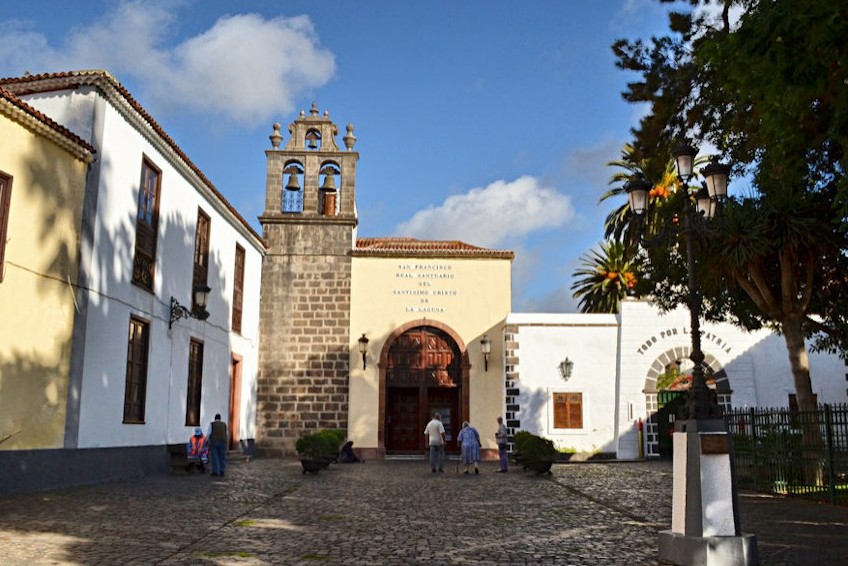 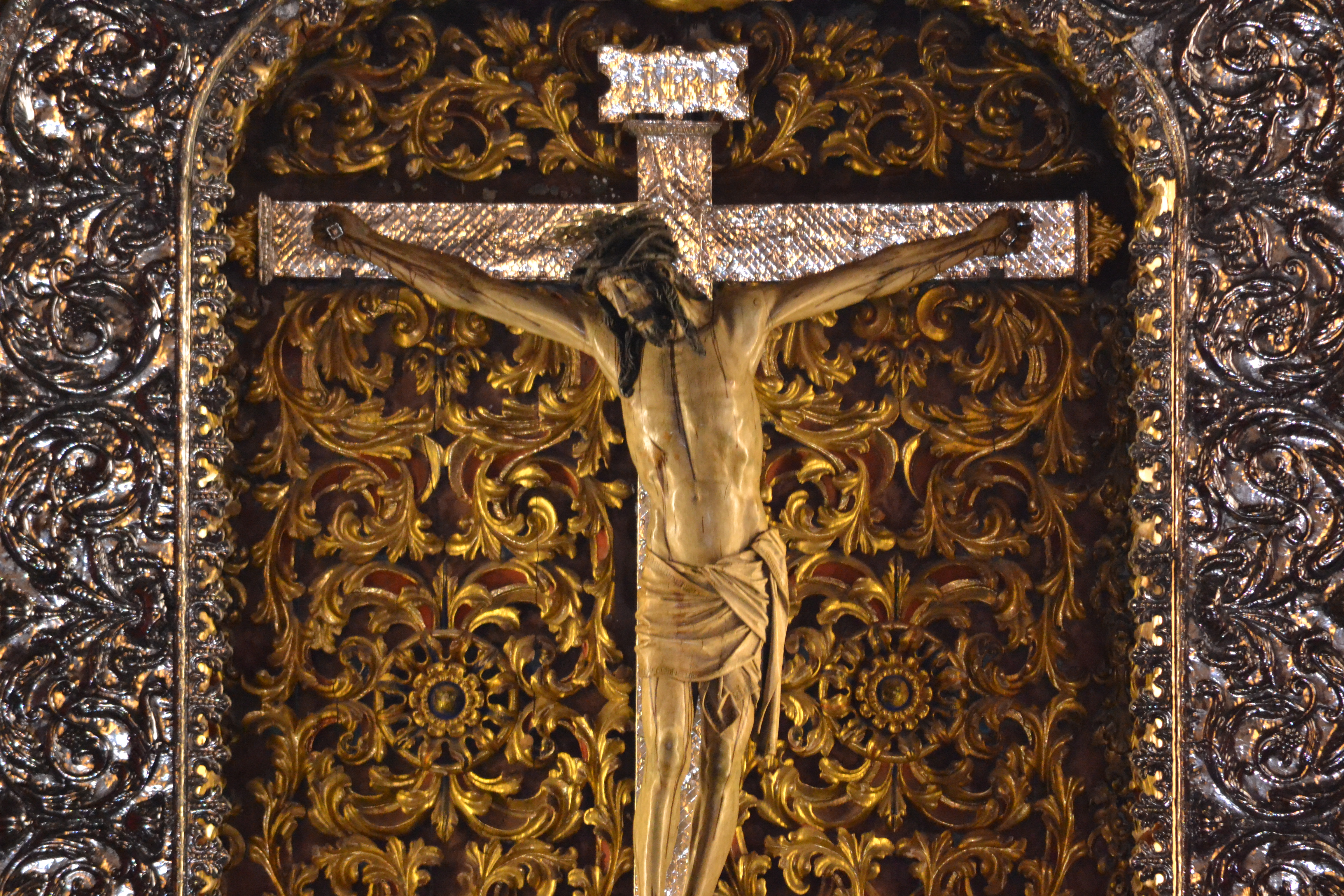 The main square, Plaza del Adelantado, is named after the aforementioned Fernández de Lugo. His position as governor of Tenerife was called “adelantado,” which means “discoverer.” The square is overlooked by the old building of the Nava Palace, the former administrative and social center of the town. 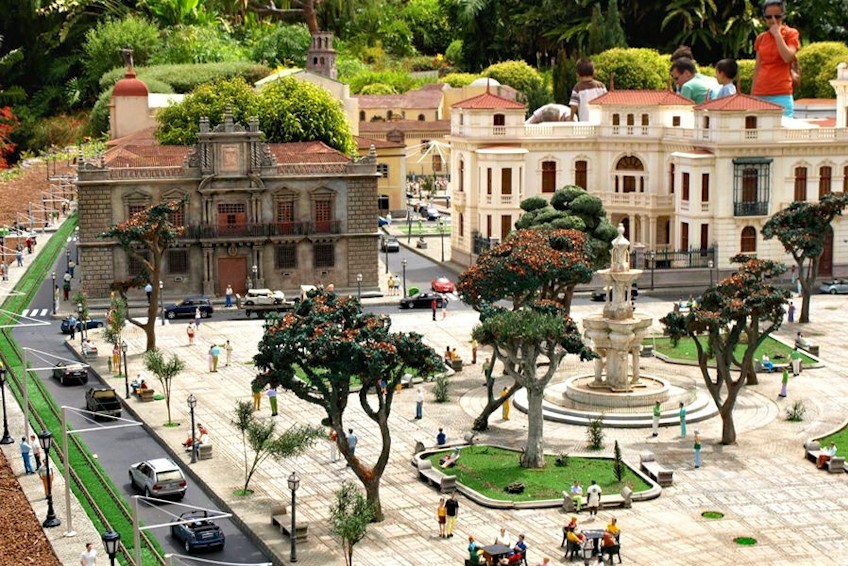 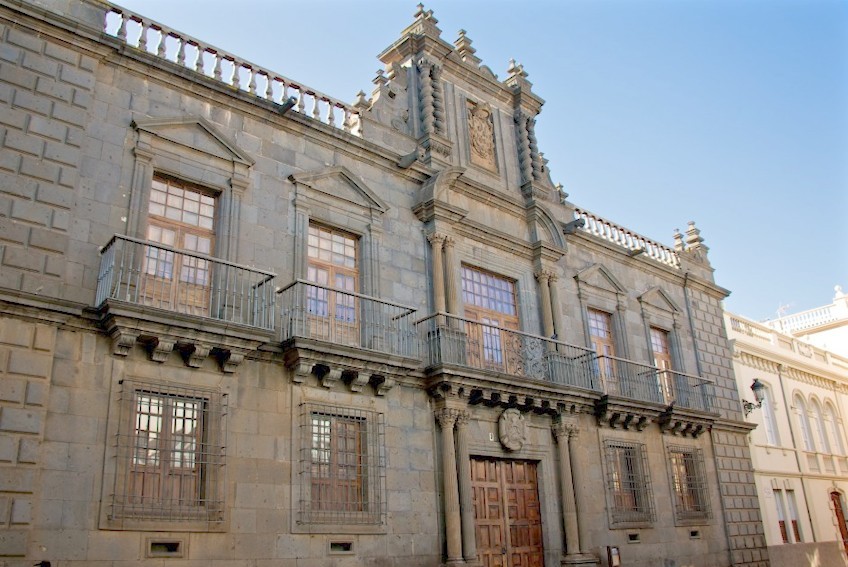 Casa Lercaro, the house with the ghost

Now a museum of the history of Tenerife and a store of local products (cheese, honey, wine, etc.), it used to be a private house of the very rich Lercaro family, built in the 17th century in the best traditions of Canarian architecture. The daughter of the owner committed suicide from unhappy love by drowning herself in the well in the yard, she was buried in the yard and there is a legend that her spirit is still roaming in the house.

La Constitución Park is a cozy Canarian-style green space in the city.

As a cultural capital, La Laguna offers tourists a wide selection of restaurants and cafes where you can share your impressions over a cup of strong Canarian barakito.

After seeing the sights of the city itself, you’ll definitely want to “stretch out” a bit! In the municipality of La Laguna, everything is close by – the beautiful and wide natural beaches of Playa del Roquete for swimming and Playa del Arenal for surfing. In addition, the town is surrounded by mountains, where you can hike or just walk and breathe the healing air with the scent of canary pine trees.

There are several hiking routes and viewpoints in the mountains, such as the Mirador de La Cruz del Carmen, one of the best viewpoints in Tenerife.

The towns near La Laguna – Guamasa, Valle de Guerra and Tejina – are ideal for agricultural and “green” tourism. Valle de Guerra, founded by conquistador Fernandez de Lugo and La Laguna, as well as Tejina, is known for the production of excellent Tenerife rum.

Holidays: the best moments of the year to visit La Laguna 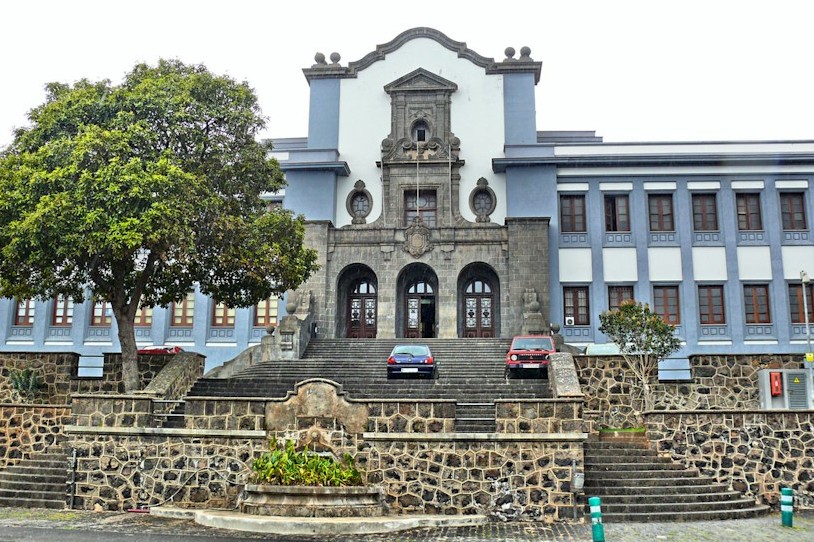 The Museum of Science and Space will be interesting to visit for both adults and children 12 years and older. The ticket price includes a visit to a small planetarium with a story about stars and galaxies in Spanish (a basic level is enough to understand the content).

The University of San Cristóbal de la Laguna is the oldest university in the Canaries and remains to this day the largest educational institution in the region. About 30,000 students from different countries study here. The university was founded in 1701 by Augustinian monks as a spiritual educational center. It should be noted that La Laguna has several institutions of higher education, so this city is quite youthful and is considered a “university”.

How to get to La Laguna 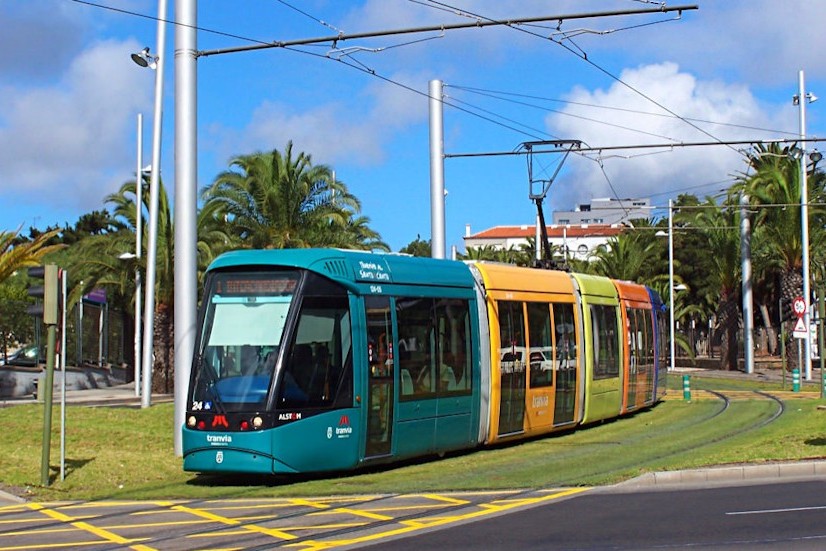 From the southern airport of Tenerife:

Service center for life and business “Spain in Russian” is your guide in the world of individual tourism. Organization of tours, itineraries, trips, tickets for various events, tours with the best guides, organization of holidays. Services for discerning customers.