How to rest in Rovinj, what to see, where to go

If you are limited in time and do not know which city of Istria to visit, feel free to choose Rovinj, there is no more beautiful cities on the peninsula. Rovinj is love at first sight. The first time I saw it in 2017, we came just for a few hours, it was +40 outside in August, sweat was literally pouring into my eyes, but even in such circumstances the city caused a storm of positive emotions. In 2019, we returned there to spend already 10 days there, resting on the sea and seeing the sights of Istria. And it was the most wonderful vacation at sea in my life.

In this article I will tell you what to see in Rovinj, the spoiler attractions and museums are not the main thing there, where to stay in Rovinj if you want to spend your vacation there, I will show you real photos of beaches taken personally by me, all beaches tested on myself, where to leave the car if you travel by it, where to go from Rovinj for one day, where to see tours, what to do in the resort. Independently organize your vacation in Rovinj will be able and budget tourists and wealthy supporters of expensive hotels and restaurants. Rovinj offers services for all tastes and wallets. 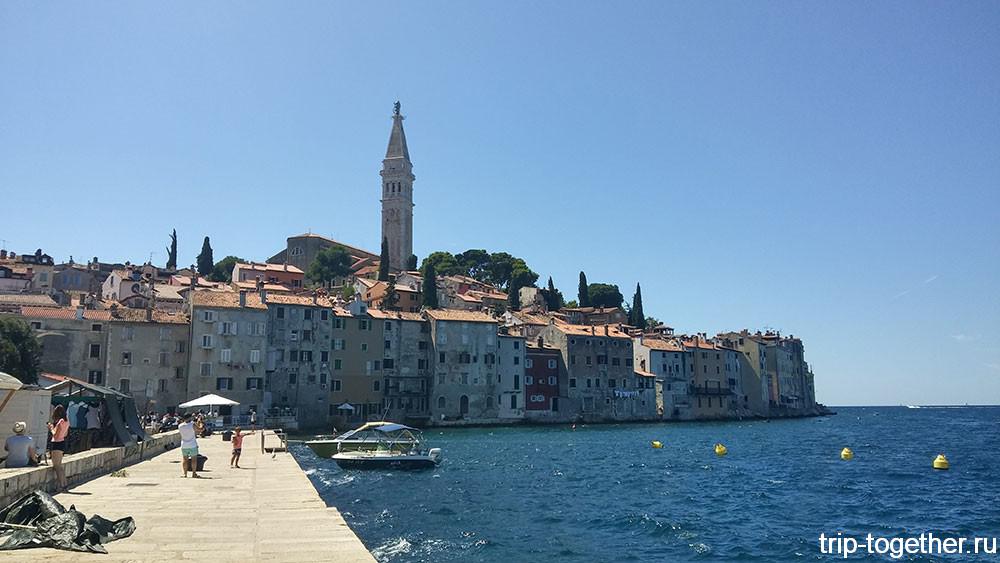 View of the old town of Rovinj

In the peak season, parking in Rovinj is hell. Not because there isn’t much parking in Rovinj, but because there are so many tourists. We drove around Rovinj for an hour before we managed to park. There are three big parking lots right along the sea, but there are no spaces left. For 2019 they made another big parking lot next to the stadium, it’s freer there than on the embankments.

There are regulators working in the city and as soon as they see foreign license plates, they turn in the direction of the parking lots, and at the entrance to the parking lot another regulator waves his hands, “No spaces, keep going.” So we cut three whole circles before we found a spot next to the fire station. It was a miracle, the spot was also in the shade under a tree, a rare stroke of luck.

As in all cities in Croatia parking is divided into three zones. In Rovinj parking cost depends on a season from 16.10 till 30.04 – winter tariff, the rest of time – summer tariff. Parking on the waterfront is in the third, the cheapest zone. Parking in zones 2 and 3 cost the same, but in zone 1 you can’t park for more than 30 minutes, so the enforcement officers won’t let you park there. Parking in zones two and three costs 2 kuna per hour in the winter, 5 kuna per hour from 6 am to 11 pm in the summer, at night the winter rate.

The old town is located inside a tiny oval-shaped peninsula. Rovinj used to be an island, only in the second half of the XVIII century the strait separating the island from the mainland was filled in. The old town on the peninsula is completely pedestrianized. From the farthest parking lot to the entrance to the old town it is no more than a 15-minute walk.

Where to stay in Rovinj, areas of the city

In the Old Town only very wealthy people can afford to stay, holidaymakers without children and who have not come to Rovinj by car. It is impossible to drive in the Old Town, you will have to leave your iron horse in a paid parking lot somewhere on the waterfront or near the stadium and walk to the hotel. Beaches in the old town are cliffs, see pictures below, it’s deep and there are no trees on the shore, even an umbrella to stick a umbrella into. But there is an opportunity to stay in the historic hotel, located in the former palace of the bishop’s Angelo d’Oro hotel, to dine in the restaurants of the center with a view of the sunset, as the host of “Eagle and Tails” with a gold card, all the evening partying will be within walking distance.

READ
Annecy - what to see in a small alpine Venice

Rovinj (Croatia) – the most detailed information about the city with photos. The main sights of Rovinj with descriptions, travel guides and maps.

Rovinj is a small seaside city in western Croatia. Located on the Adriatic coast of Istria. Rovinj is one of the most picturesque and charming cities in the Mediterranean, which charms with its Venetian architecture and maze of narrow streets, red-tiled roofs and old buildings, beautiful atmosphere and stunning sunsets. Its historic center is located on an island, which was connected with the mainland only in the 18th century.

Rovinj in an interesting way combines rich tradition and modernity, provincial charm and resort status. This town is still a fishing port, so seafood here is the freshest and tastiest. The core of the old town, mostly belongs to the Venetian period. Most of the old buildings are built of pale limestone, which looks stunning at sunrise and sunset. 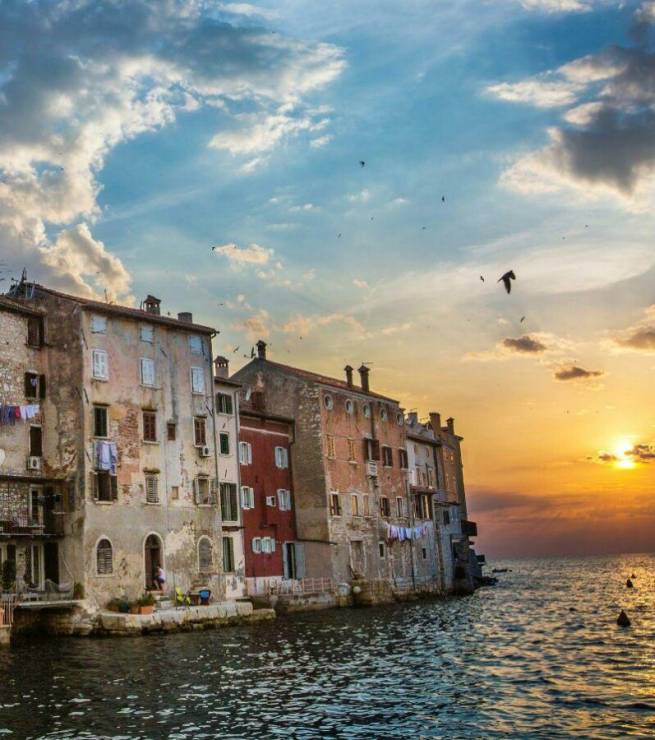 The city of Rovinj is located in the western part of Istria. The historical center lies on a peninsula that literally juts into the sea. Nearby are a few dozen picturesque islands. The climate is Mediterranean (humid subtropical). Summer is very warm, damp and mild winter. The water temperature in summer is 22-25 degrees. The high season is in July and August.

Things to do (Croatia): 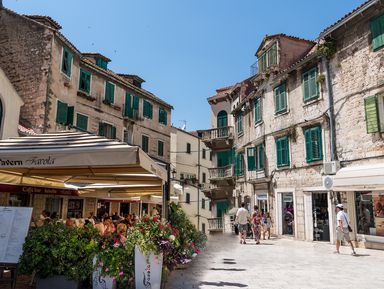 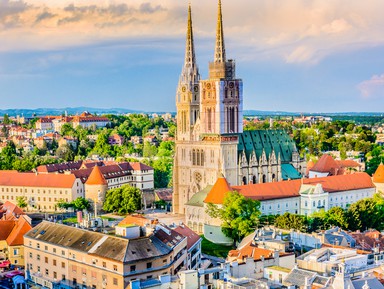 Welcome to the magical Zagreb! 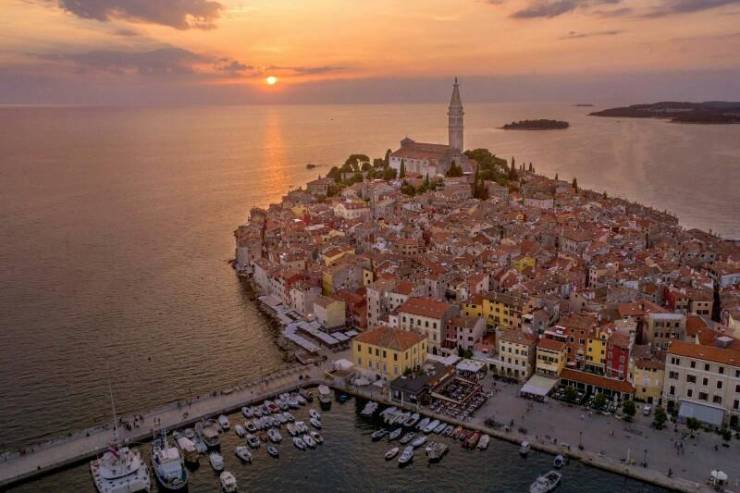 Panorama of the old city

The emergence of the settlement at the site of modern Rovinj dates back to the 3-5th century AD. The first written mention of the city dates back to the 7th century. At that time Rovinj was part of Byzantium, and later the exarchate of Ravenna. In the 8th century the city became part of the Frankish Empire.

In 1238, Rovinj, Poreč and Umag became part of the Venetian Republic. Under the rule of Venice, the city became a major commercial center of Istria. In 1379 Rovinj was conquered by Genoa for a while. 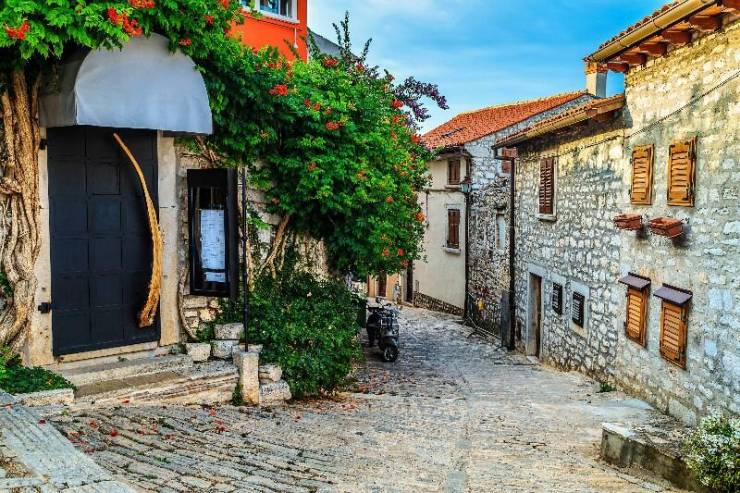 The Streets of Rovinj

How to get by car:

READ
Apia, a paradise in the middle of the Pacific Ocean 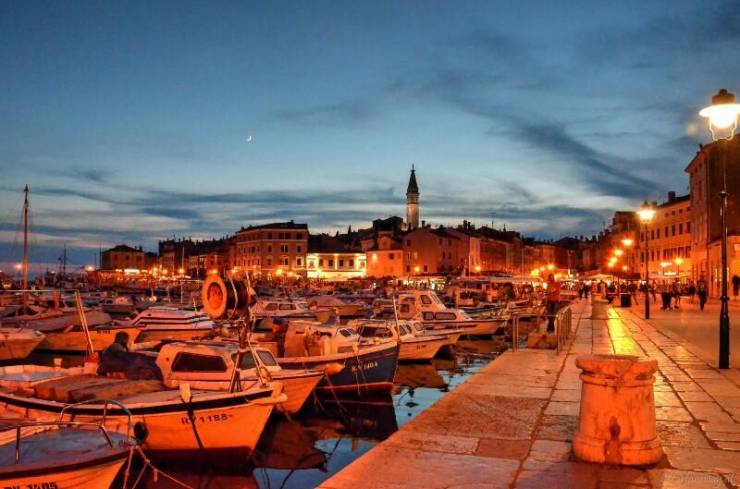 The Bay of Rovinj

The old town is the main gem of Rovinj. The historical center is a medieval tangle of narrow streets and alleys with pretty old buildings and small squares. Interestingly enough, the old town used to be located on an island which was connected to the rest of the coast in the 18th century. 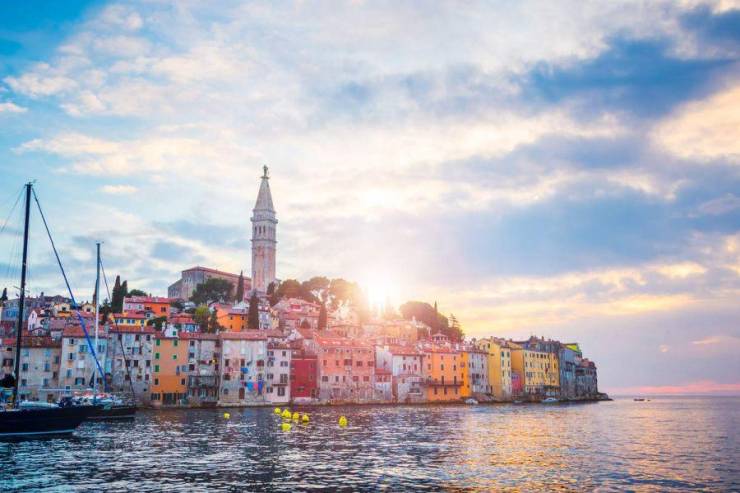 Rovinj was once surrounded by walls and had seven city gates. Today, three gates and fragments of medieval fortifications have survived. In the main town square there is a town clock with a Venetian lion and a small fountain. The clock is situated on a 12th century tower in the southern corner of the former walls. 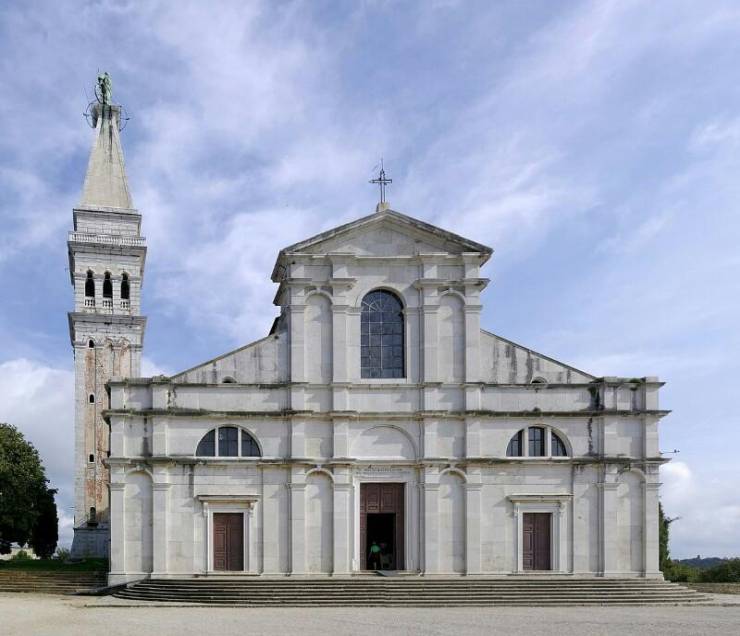 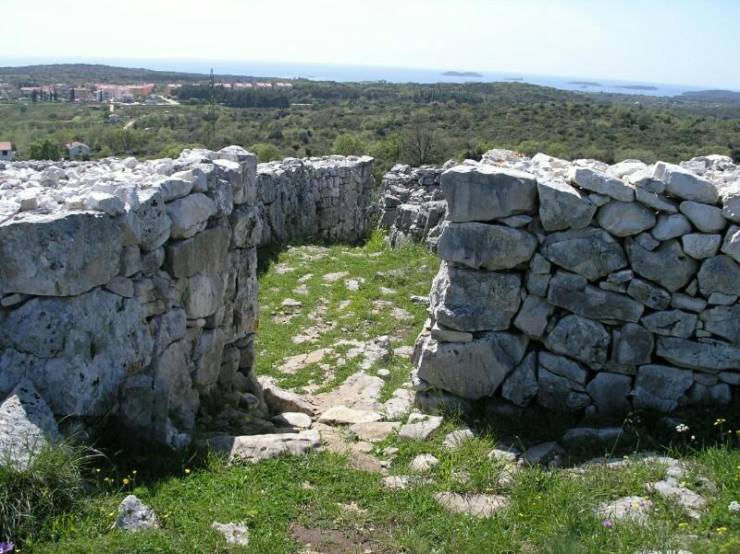 Monkodonja is a Bronze Age hill fort near Rovinj. It dates back to two thousand years BC. 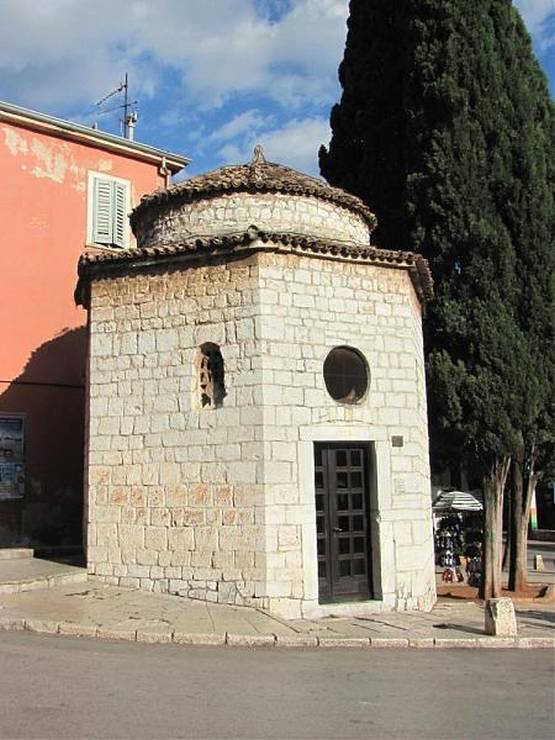 Church of the Holy Spirit

The Church of the Holy Spirit is a small 13th century Romanesque chapel in a small square. It is the oldest building in Rovinj. 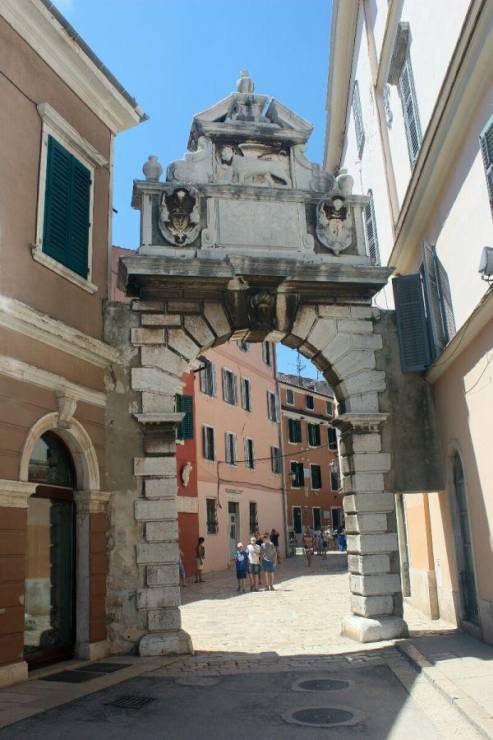 The Arch of Balbi

The Balbi Arch was built on the site of the old city gate in the 17th century. 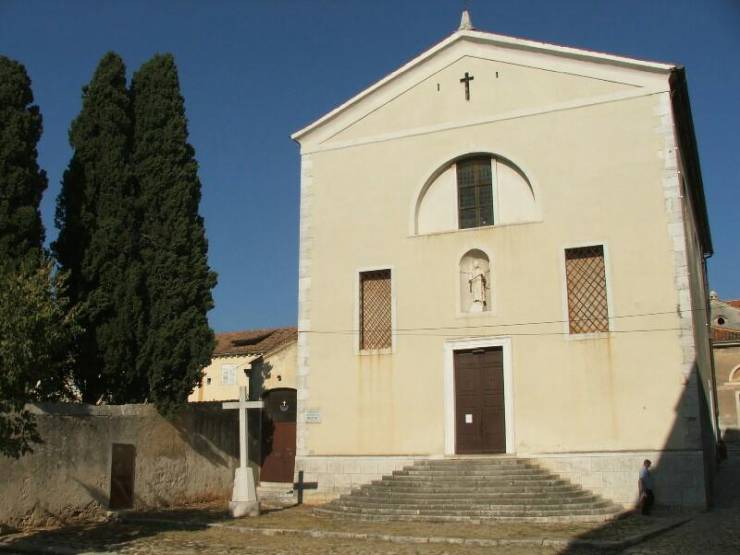 The Franciscan monastery is an old building from the 18th century in the Baroque style. 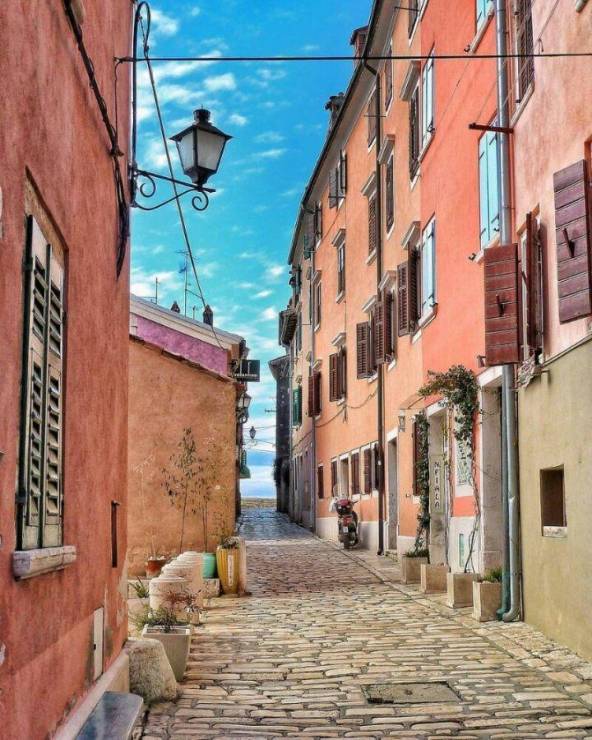 Interesting places near Rovinj worth visiting:

READ
Equatorial Africa: from the peak of Mount Kilimanjaro to the bottom of the crater 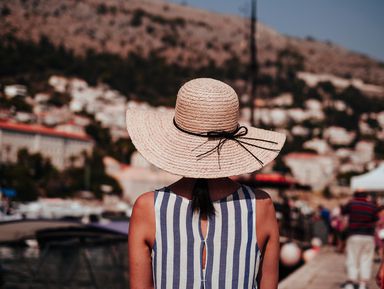 Dubrovnik as on the palm of your hand! 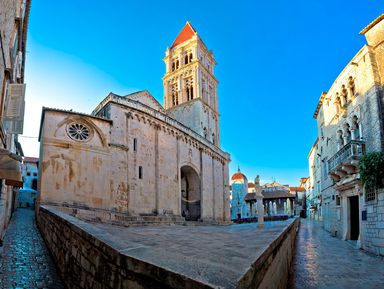 Explore the emperor’s palace, learn about the creation of the country’s coat of arms, and touch its ancient past