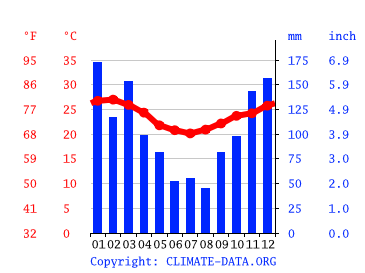 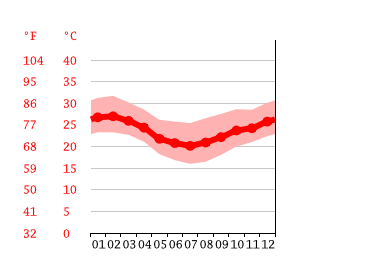 Summer starts here at the end of January and ends in December. There are the months of summer: December, January, February, March. 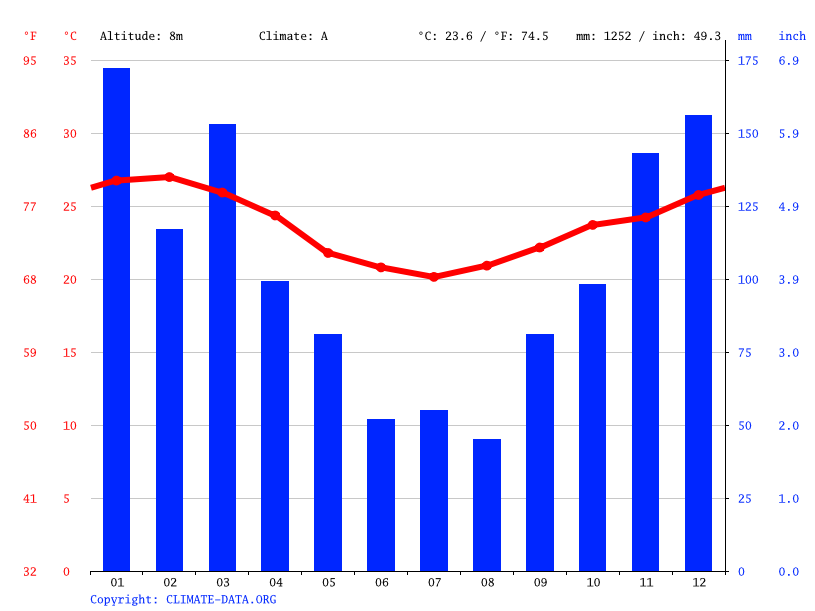 The driest month is August, with 45 mm of precipitation. Most rainfall here falls in January, averaging 172 mm. 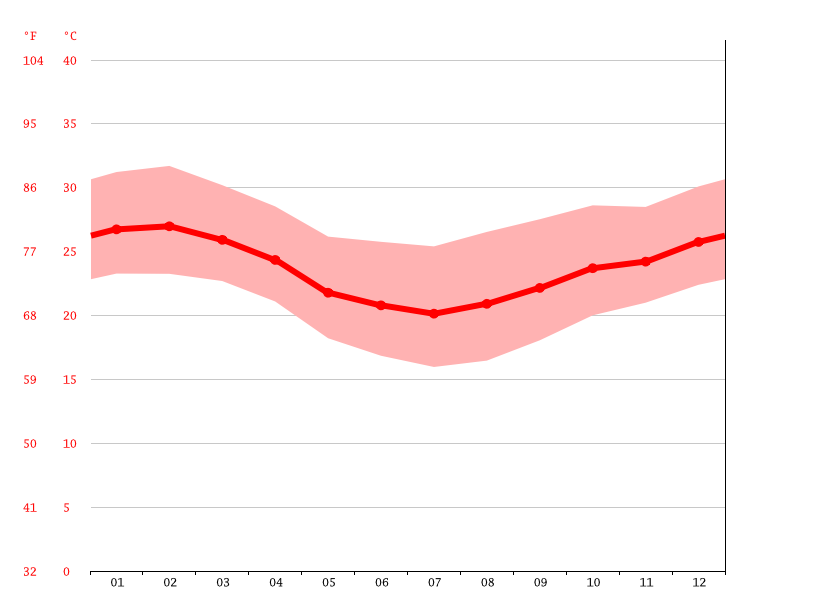 February is the warmest month of the year. Temperatures in February average 27.0 °C. July is the coldest month, with temperatures averaging 20.1 °C.

There is a difference of 127 mm of precipitation between a dry month and a rainy month. Throughout the year, temperatures range from 6.8 °C. Useful tips about reading the climate table: For each month, you will find data on precipitation (mm), average, maximum and minimum temperature (in degrees Celsius and Fahrenheit). Value of the first line: (1) January (2) February (3) March (4) April (5) May, (6) June (7) July (8) August (9) September , (10) October (11) November (12) December.