Visa for a trip to Hawaii

Hawaiian Islands, otherwise known as the Sandwich Islands, is an archipelago formed by volcanic activity, with over 160 islands, including 24 quite large, located in the Pacific Ocean, 5,000 km from North America. They are part of the United States as the 50th state. Therefore, to vacation in Hawaii you will need to obtain a U.S. visa. 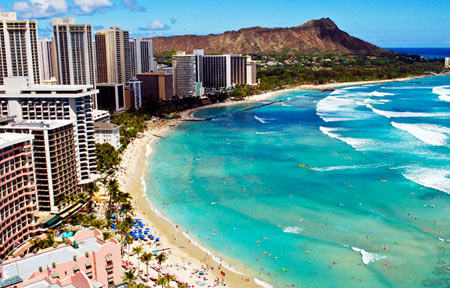 Panoramic view of the coast of Honolulu.

There are not many Russians visiting these places for tourist purposes, due to the remoteness of the islands from Russia and the rather complicated process of obtaining a visa.

The main islands of the archipelago

Before you get the necessary visa, you need to think about which vacation spot to choose. Each of the islands has its own attractions and offers different options for spending time. To facilitate the choice, you can study the reviews of tourists who have already been here on the forums or learn the feedback of acquaintances.

The largest in the archipelago is the island of Hawaii, called the Big Island, because its area is more than 60% of the land area of the entire archipelago, a famous reserve of seven volcanoes, including active ones, and many “wild” beaches, beckoning fans of surfing. 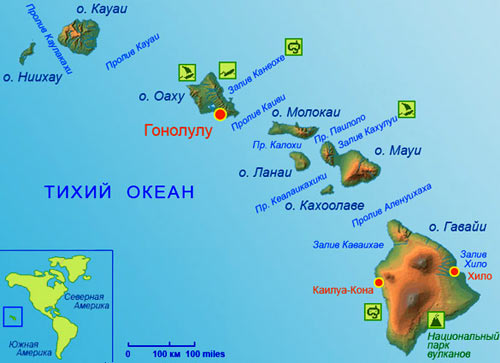 Map of Hawaii with all the islands

Another interesting place for tourists is the Layman’s Museum of Hawaiian Antiquities, located in Hilo.

A little smaller in size is the island of Maui. It is loved by families and adherents of a quiet, calm measured life. Its feature – hotels with original design and unusual design and the presence of a large number of golf courses. Russians and tourists from other countries are attracted to Maui and the beauty of the picturesque mountain shelves.

Most densely populated in the archipelago – the island of Oahu, the number of inhabitants is three quarters of the population of the entire state. It is also home to the capital city of Honolulu.

It attracts tourists with its world-famous Waikiki beach and a number of historical sites (Iolani Palace, the statue of King Kamehameha and the Polynesian Culture Center).

The island of Kauai (translated as “garden island”) is attractive with its waterfalls (more than twenty) and canyons, creating a unique picturesque landscape. There is a monument to Captain Cook here, because it was on Kauai that his expedition originally landed.

The island of Lanai is preferred by lovers of solitude. Many wild beaches, rivers flowing from the tops of the mountains, waterfalls and small lakes create unusual beautiful places.

In addition to the beautiful beaches and scenery, you might also be interested in Hawaii Volcanoes National Park, which has been in operation since 1916. It is located on the largest island and includes seven mountain formations both dormant and active. Here you can learn about the history of the formation of the archipelago.

The big island is also famous for extensive coffee plantations, the green sand beach (of which there are only two in the whole world), the highest mountain peak (if you include the underwater part) Mauna Kea and one of the most active volcanoes Kilauea.

On the neighboring island, Oahu, is another representative of the “fire-breathing” mountains – a frozen volcano Koolau, which last erupted almost 200,000 years ago. This natural monument is called Diamond Head. In the central part there are pineapple plantations.

There is the Battleship Arizona Memorial, built on the remains of the shipwreck at Pearl Harbor, and the Submarine Museum, and the Battleship Missouri Memorial, where the Japanese surrender pact was signed to end World War II, is also popular. 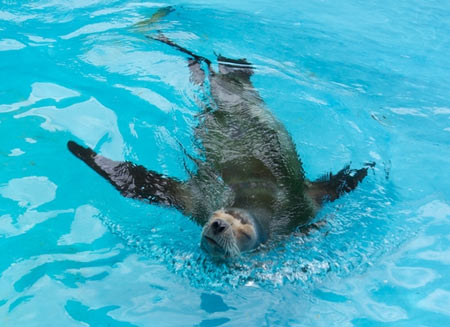 The Hanauma Bay Marine Reserve is an ideal place for diving enthusiasts (paid since 1998), and the Marine Life Park, where you can get up close and personal with sea lions and turtles, dolphins and stingrays, is interesting. On the island you can visit both the Buddhist temple and the Christian church of Kawaihao, a tour of Iolani Palace will reveal the whole history of the island. The state capital, Honolulu, also offers a traditional zoo, museums and a number of monuments, especially military ones, due to the presence of many U.S. army bases on the islands.

READ
10 things to do with your family in Bologna, Italy

Hawaii is part of the United States of America, so a U.S. visa will be required to visit. No additional document is required to travel to the islands.

Two types of visas are issued: “B”, which allows you to visit Hawaii for a short visit as a tourist, as a guest (by invitation of a private person) and for business purposes, and “C” (transit visa).

To apply for a “B” permit, you must present documents: 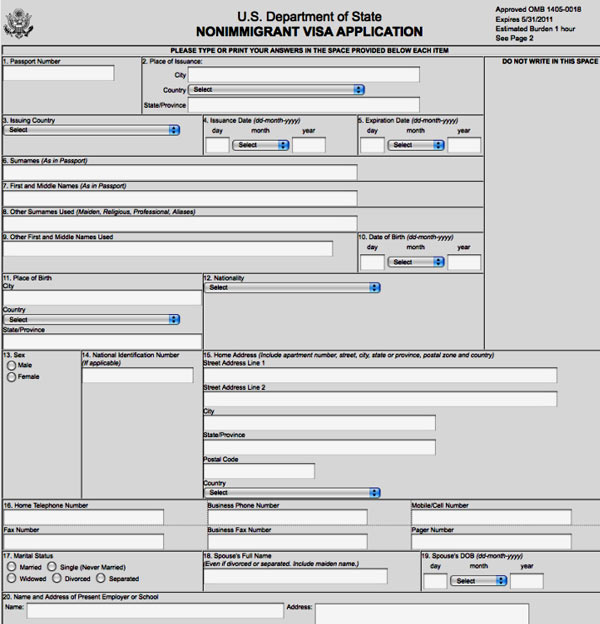 After all documents are submitted, the applicant is summoned to an interview at the U.S. Embassy.

This is what a U.S. visa for Hawaii looks like

Request for a U.S. transit visa provides a similar list of documents, with the exception of an invitation, replaced by an airline ticket of the appropriate destination and a visa of the country that is the final destination of the trip.

A U.S. visa entitles you to visit Hawaii.

Visa registration for Russians is possible in Moscow and some Russian cities. 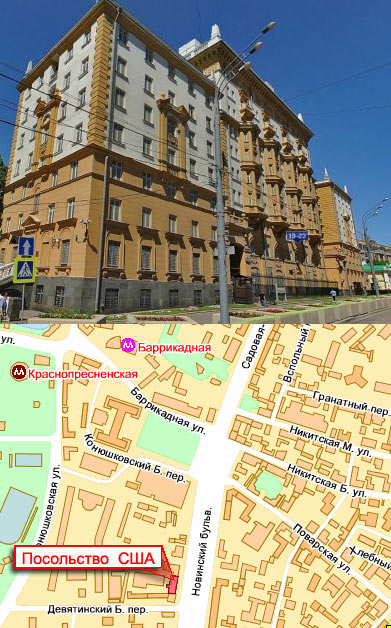 Location map and appearance of the American Embassy in Moscow 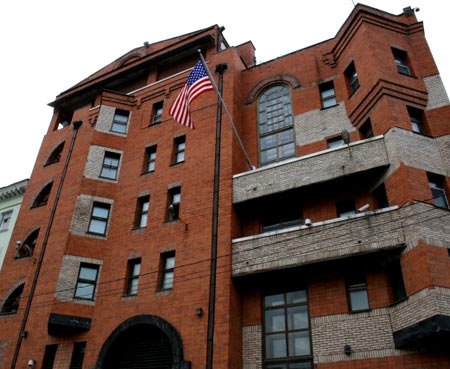 The U.S. Consulate General in Yekaterinburg is located at 15A Gogolya Street. The telephone number is (343) 3-793-001, e-mail consulyekat@state.gov, and the website is yekaterinburg.usconsulate.gov.

Thus, the holiday in Hawaii, as evidenced by the reviews of tourists who have been there, will leave a lasting impression with its picturesque beaches and the alluring depths of the ocean.

If you want to work in Hawaii, you must apply for the appropriate permit. Reviews of our compatriots living here permanently, indicate that the biggest expense comes to renting housing, and, in general, as a holiday, and permanent residence can afford people who are not strapped for cash.