Su Nuraxi di Barumini: The tower of an ancient civilization on the Italian island of Sardinia

The island of Sardinia is known not only in Italy but also far beyond for its extraordinary natural beauty and incomparable beaches. Nevertheless, in the interior of the island from ancient times to the present day have preserved real treasures, which are not only surprising, but also very unusual discovery. One of these wonders is located in the village of Barumini (Province of Cagliari). We are talking about the oldest stone structure in the archaeological area of Su Nuraxi di Barumini, which is considered the oldest castle in the history of the West. In fact, it is the prototype of a medieval feudal castle.

In Su Nuraxi di Barumini, not far from the town, there is a monumental nuraghe tower which is the symbol of Barumini. Such megalithic towers were built for military purposes and were buildings with a characteristic truncated cone structure. They were often formed by one or more towers, which were used to visually control the surrounding areas. 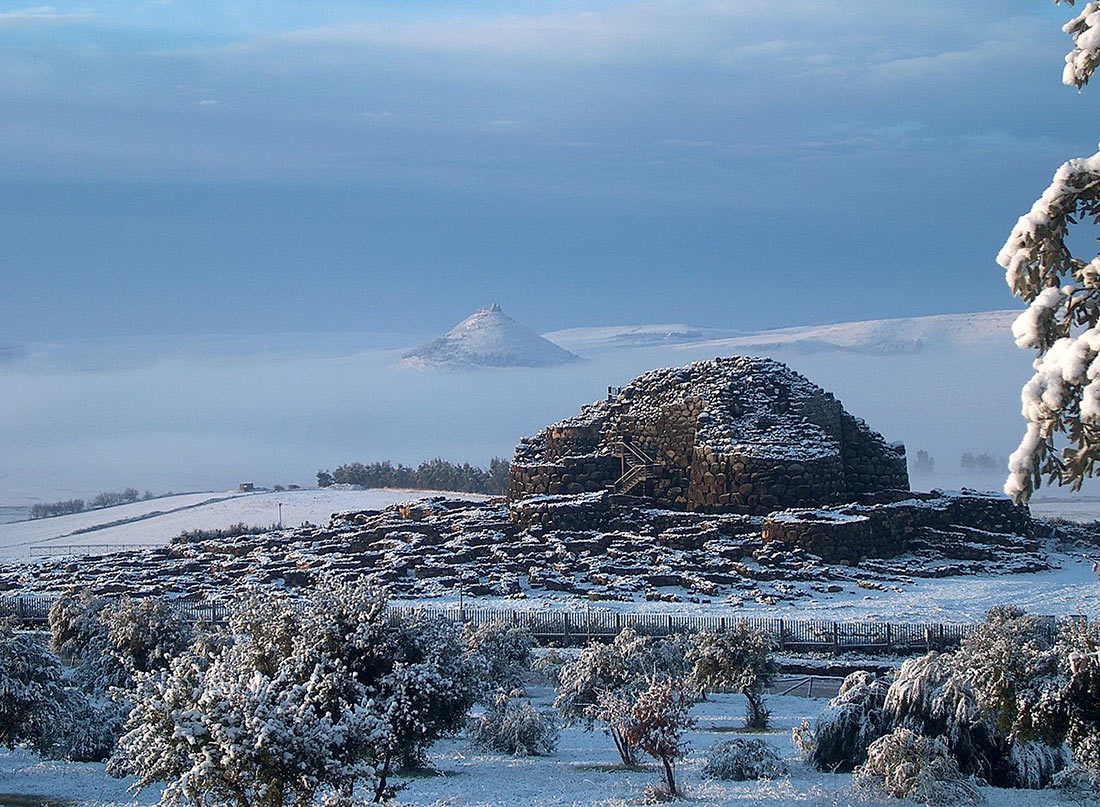 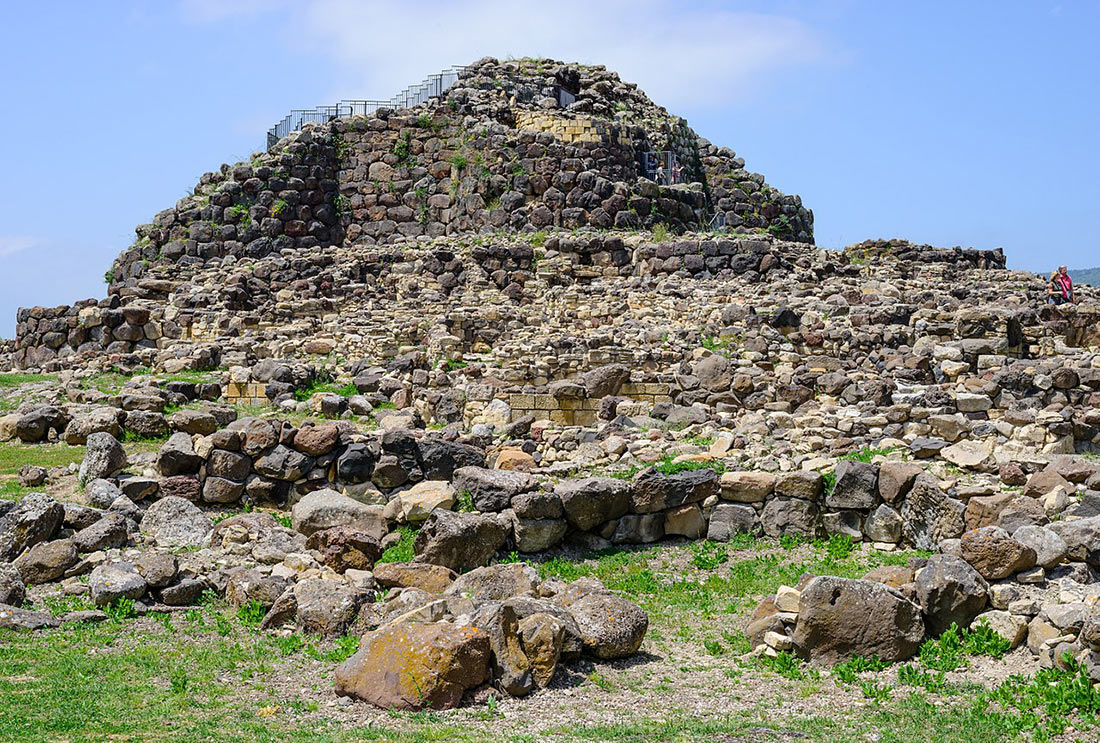 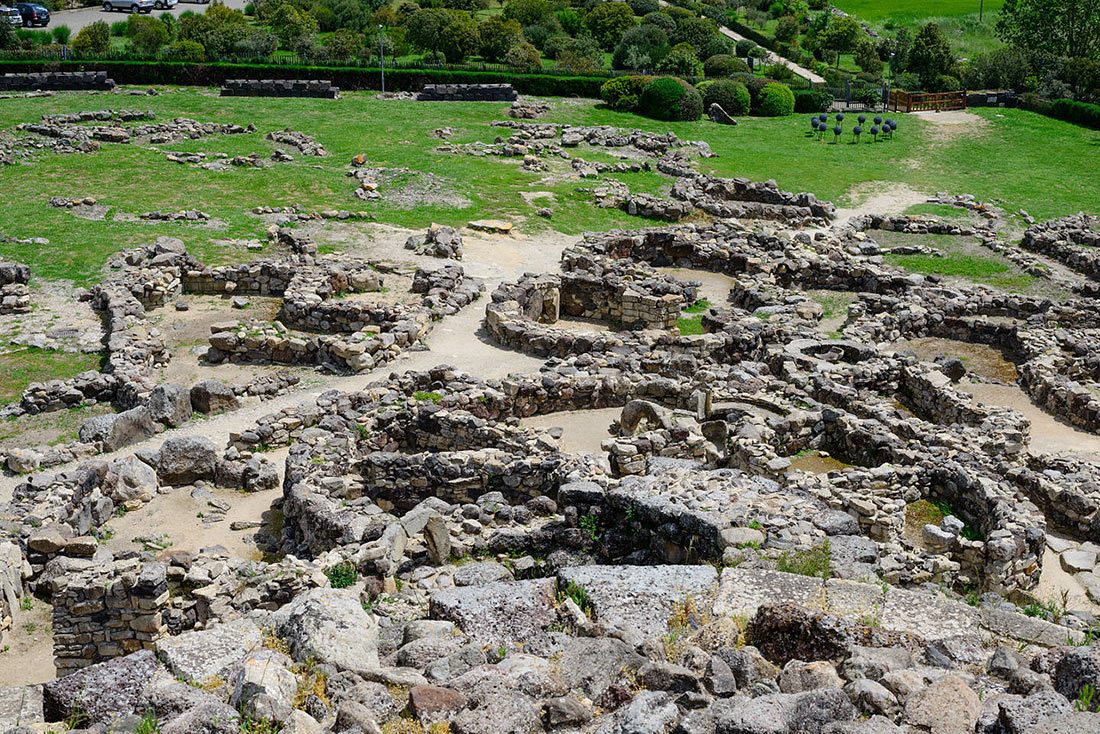 The Nuragean civilization, which appeared in Sardinia between 1500 and 500 B.C., erected tens of thousands of similar structures across the island. At the moment, found only 7 thousand of them. In the ancient language of the island the word “nurag” means a pile of boulders, but it can also mean a cavity. 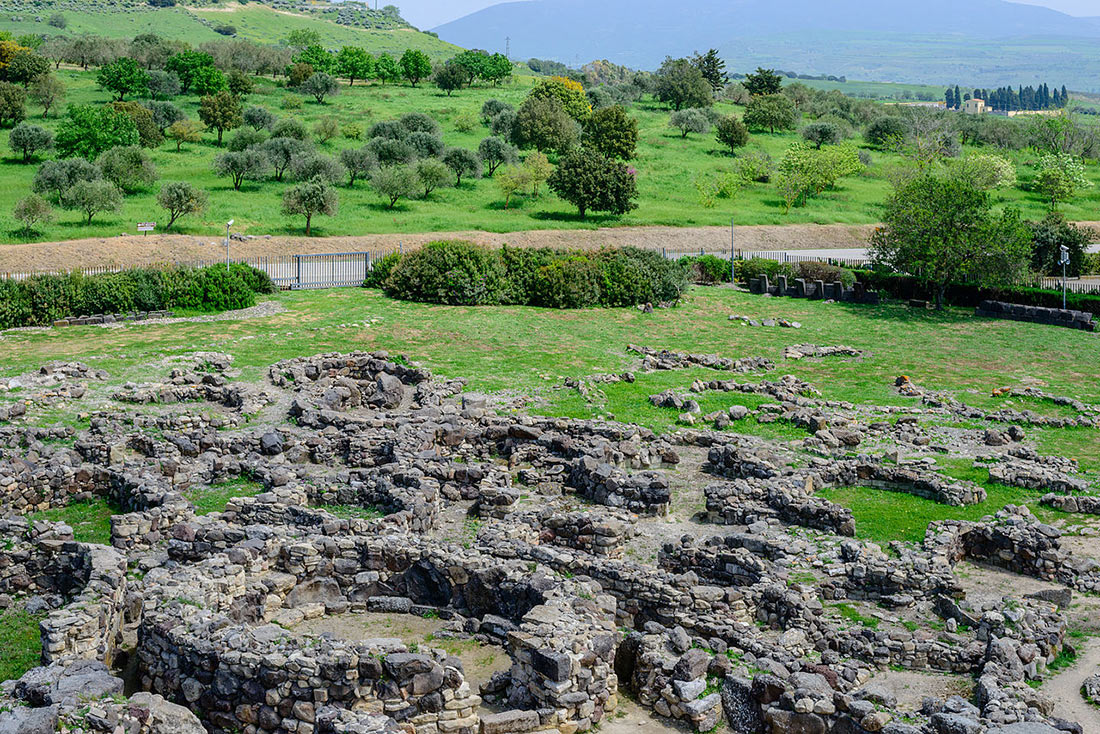 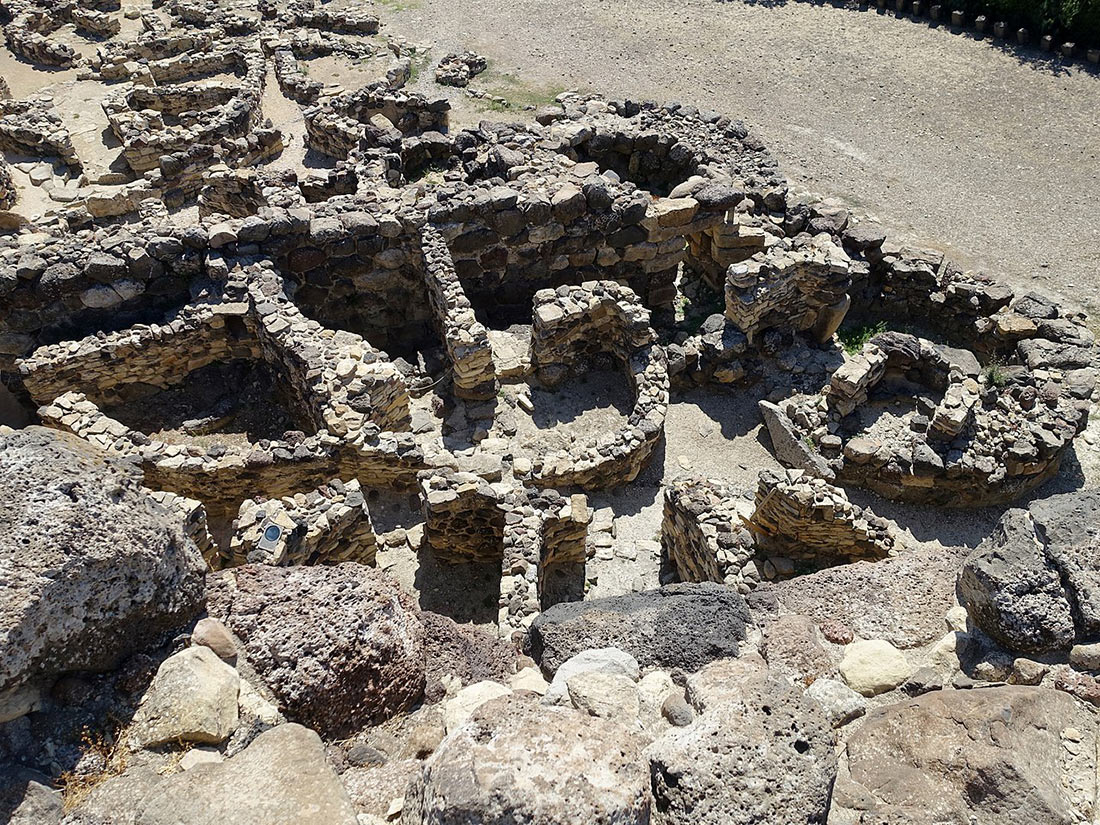 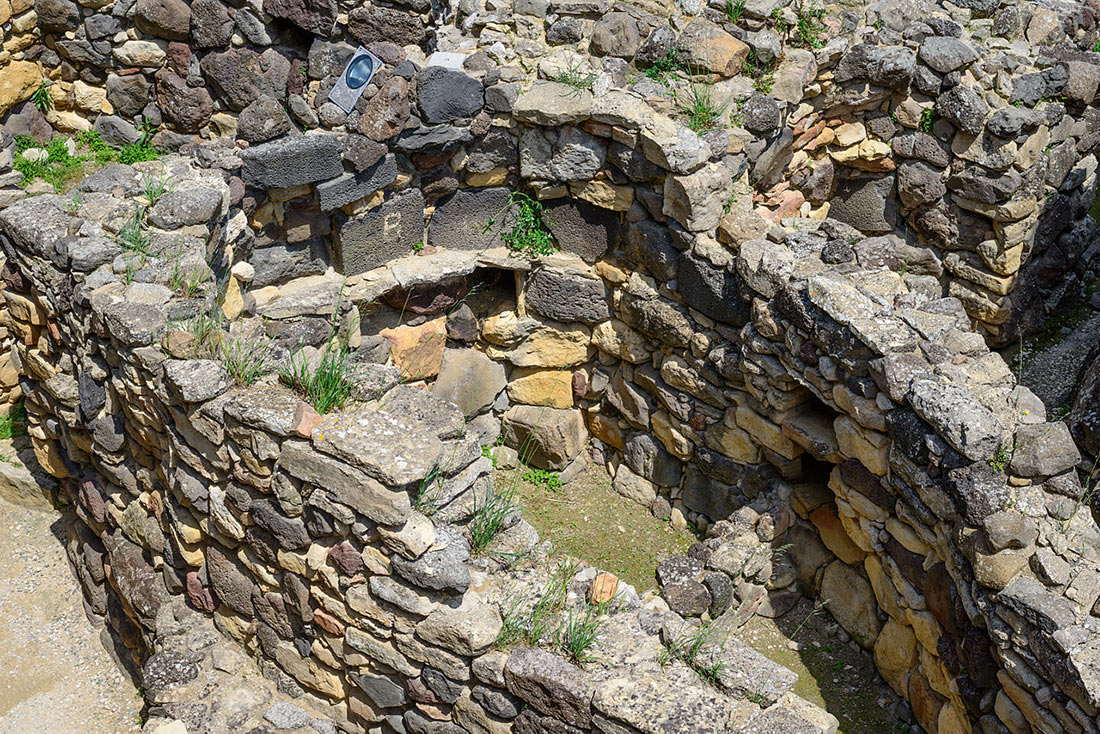 The archaeological site of Su Nuraxi in the municipality of Barumini was discovered thanks to the excavations undertaken by archaeologist Giovanni Lilliou, who is deservedly considered the consummate expert of this amazing civilization. 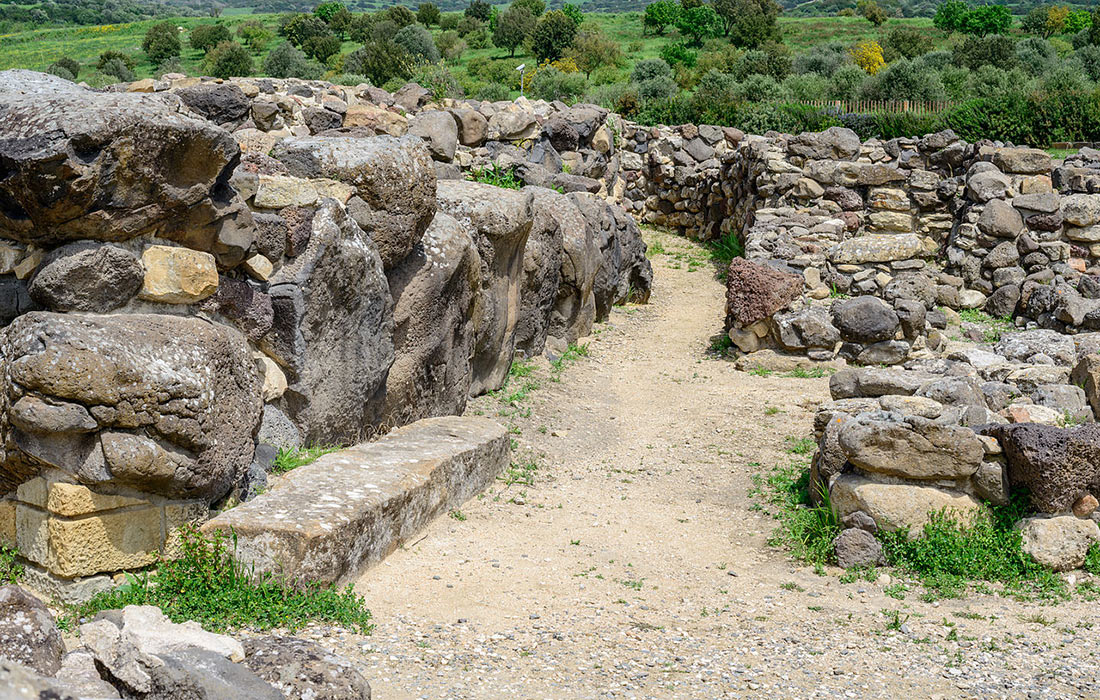 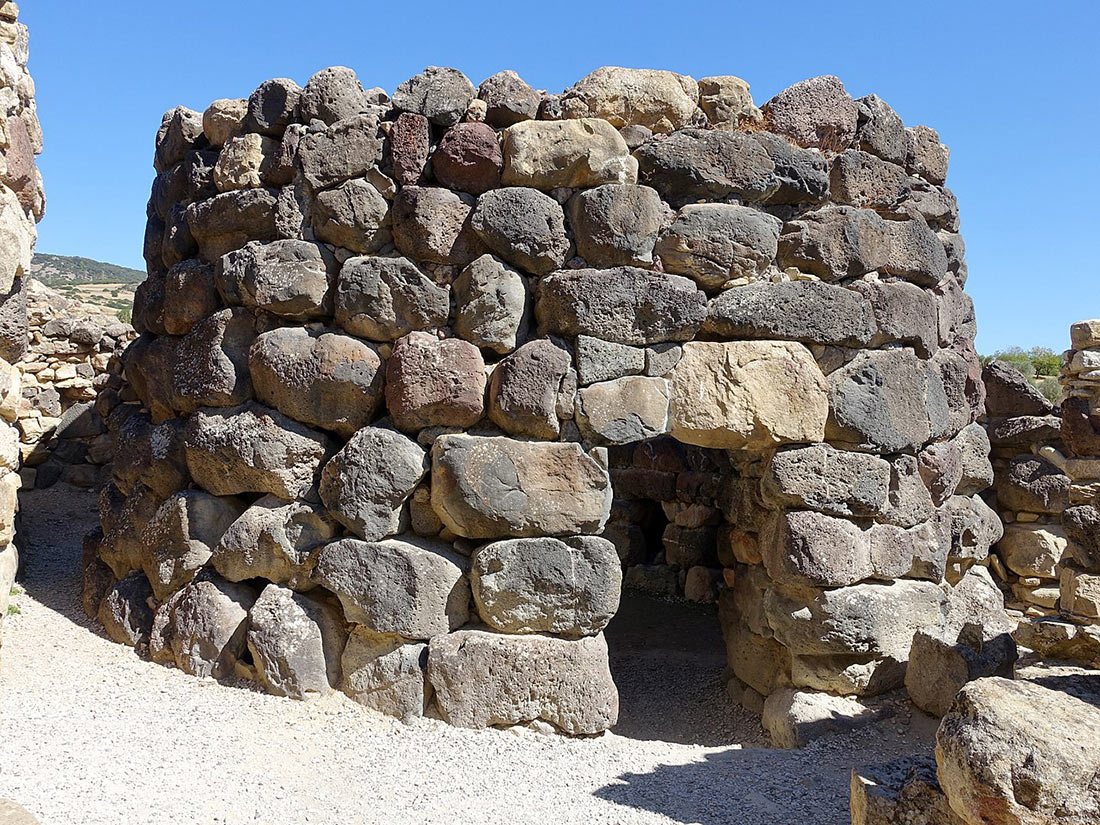 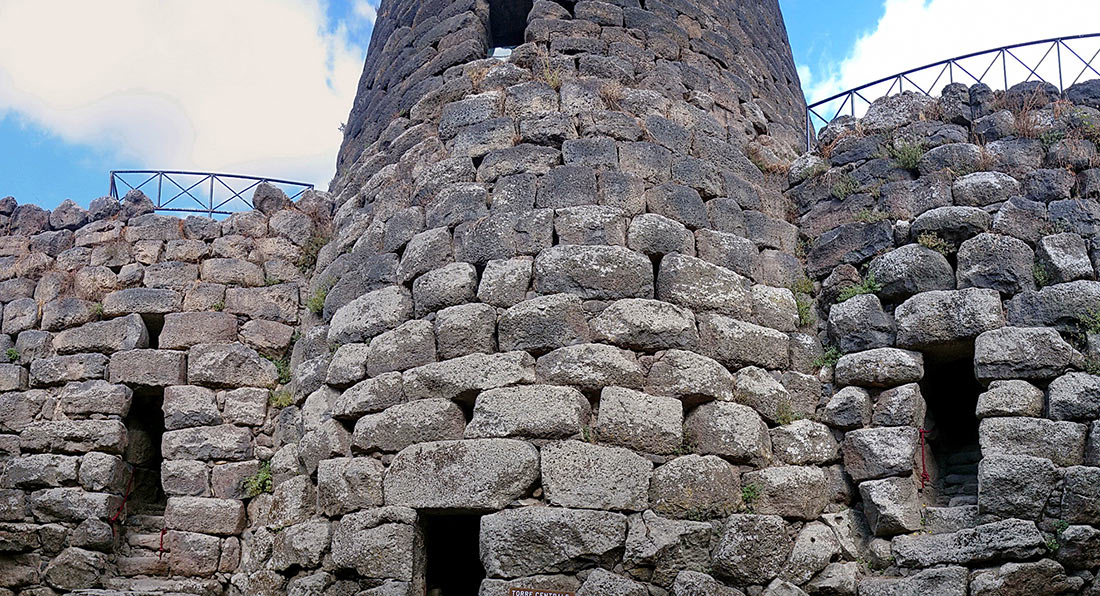 Lillioux’s excavations showed how the structure of Su-Nuraxi was divided. A giant nurag 20 meters high, consisting of four corner towers and a central one, dominated the surrounding village, inhabited since the beginning of the Iron Age (1400 BC). 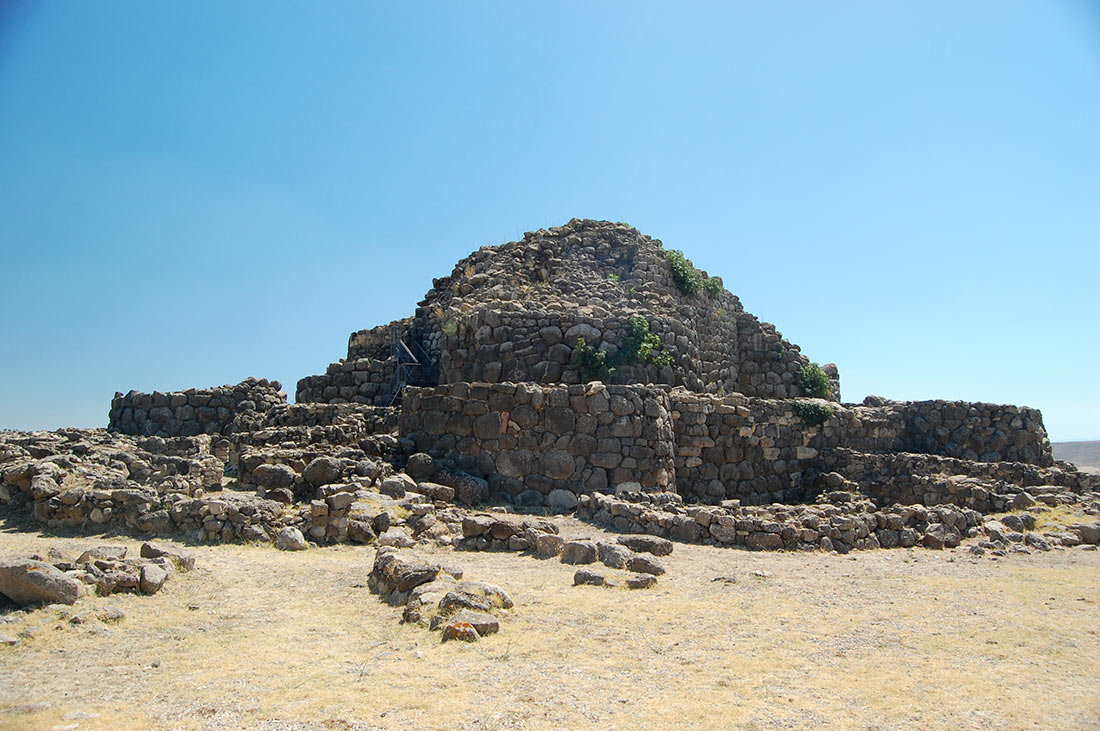 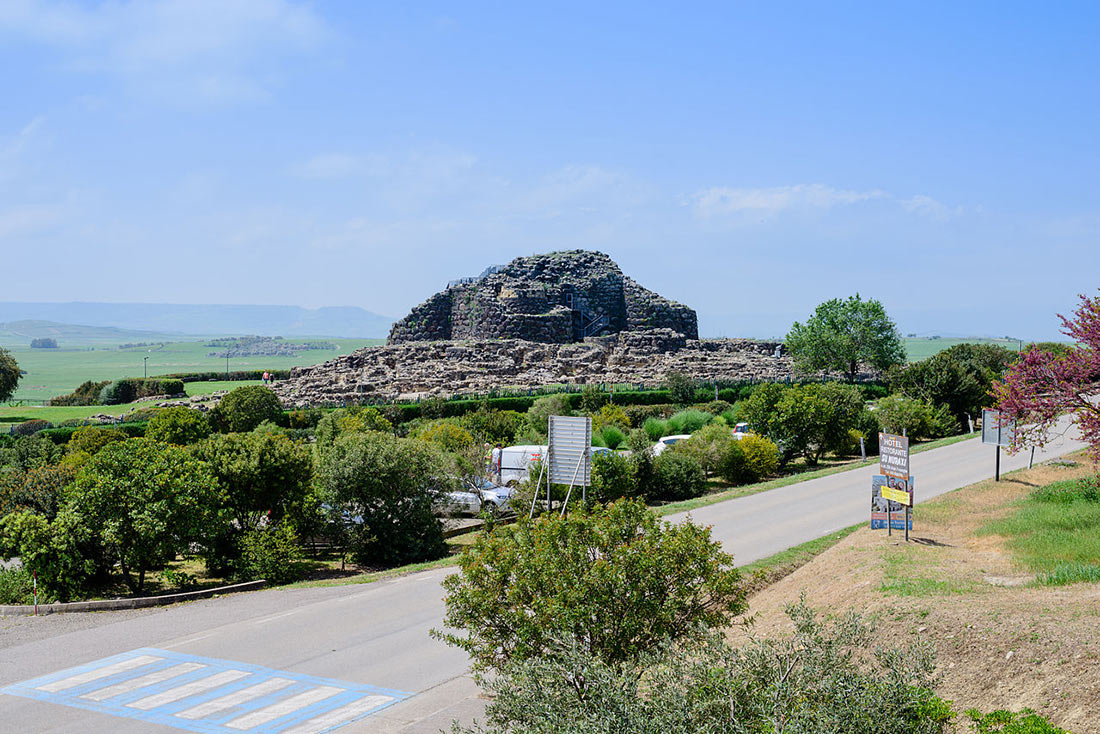 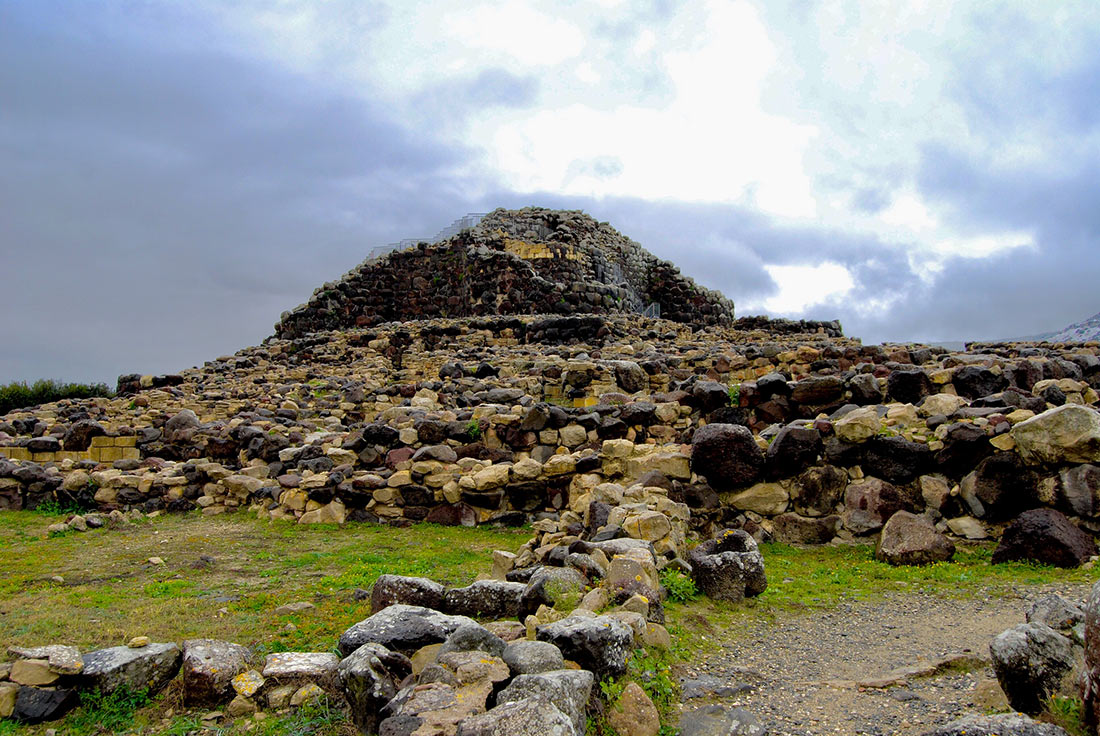 In the following centuries, the village was fortified by the construction of four towers connected by straight walls that protected the population. 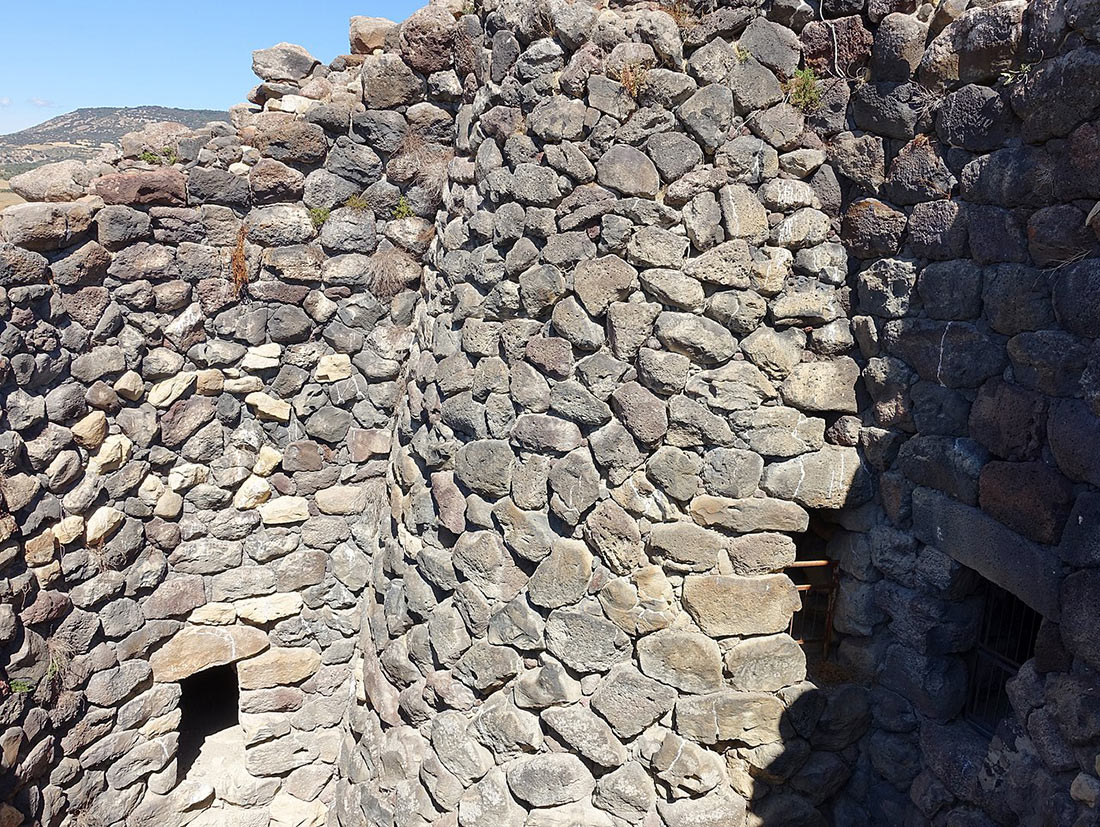 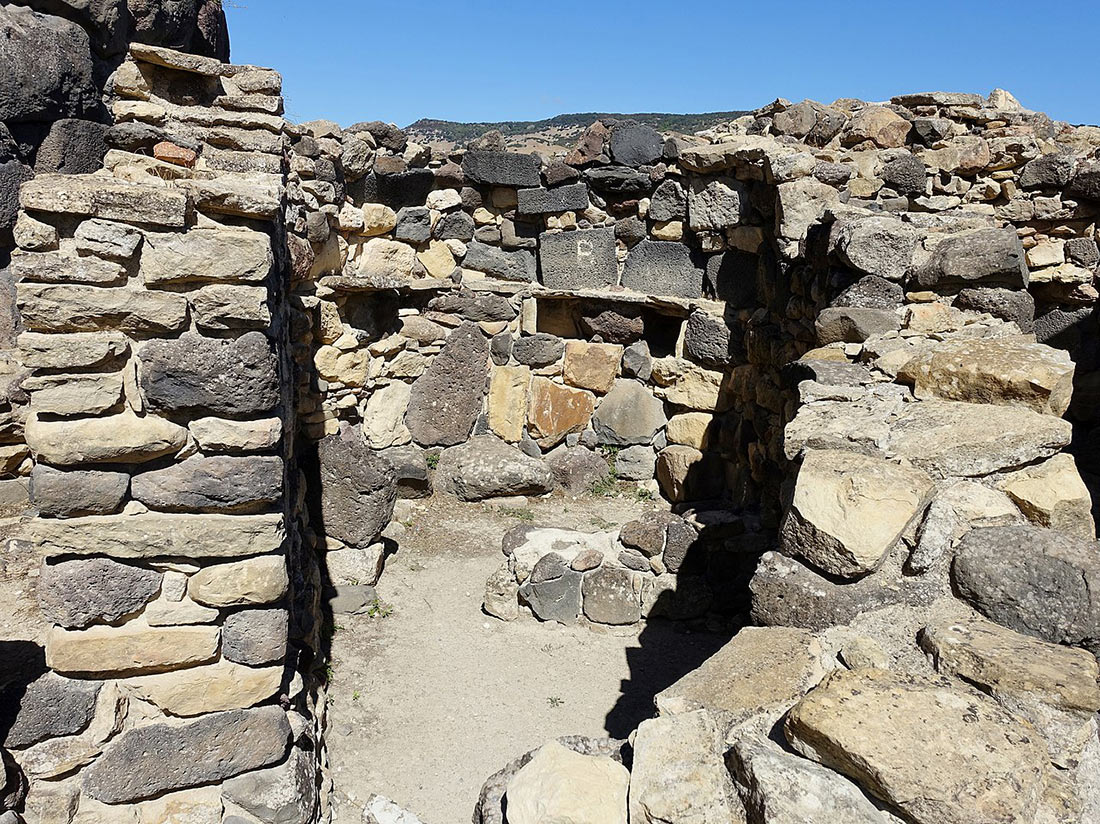 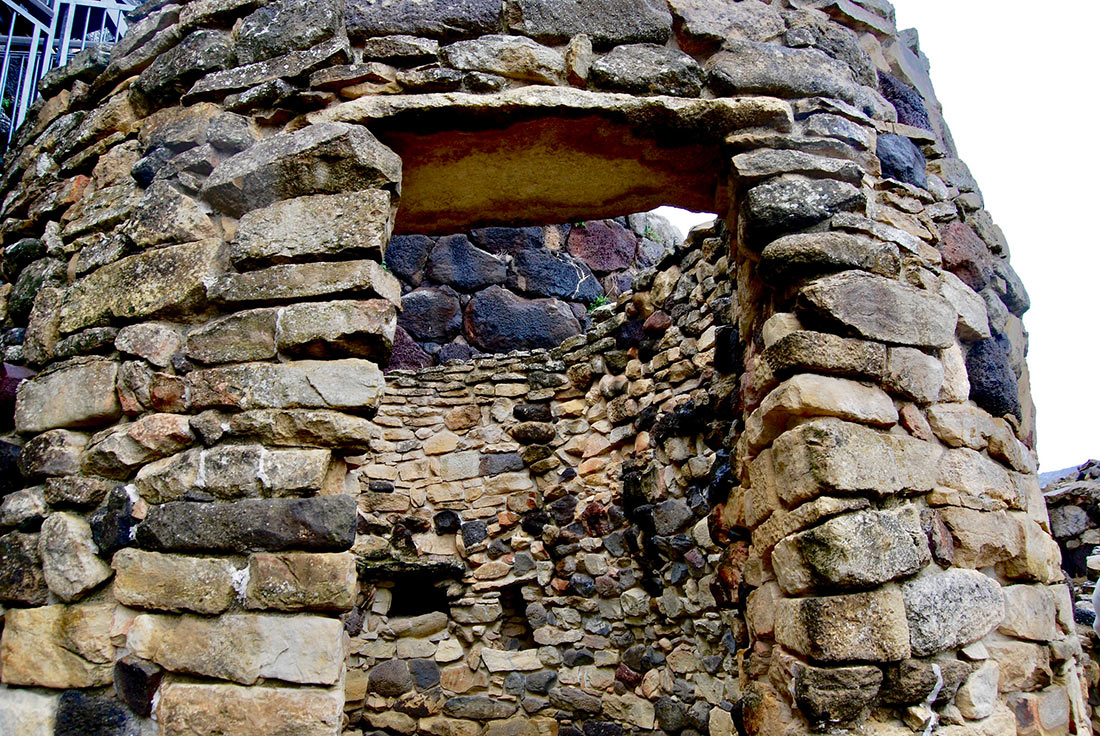 On the first floor there are openings used in case of external attack and in the immediate vicinity there is a well. Also present here is the so-called “meeting hut,” a building in the center of the village designed for meetings and religious ceremonies. 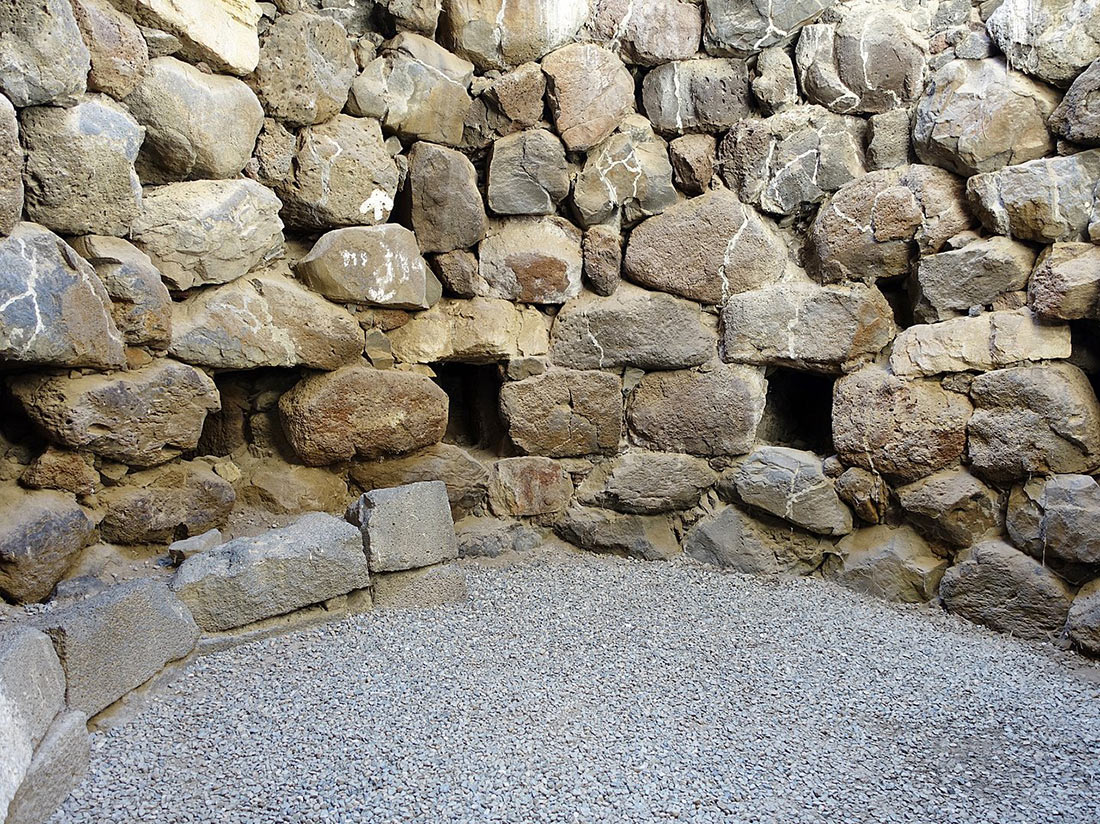 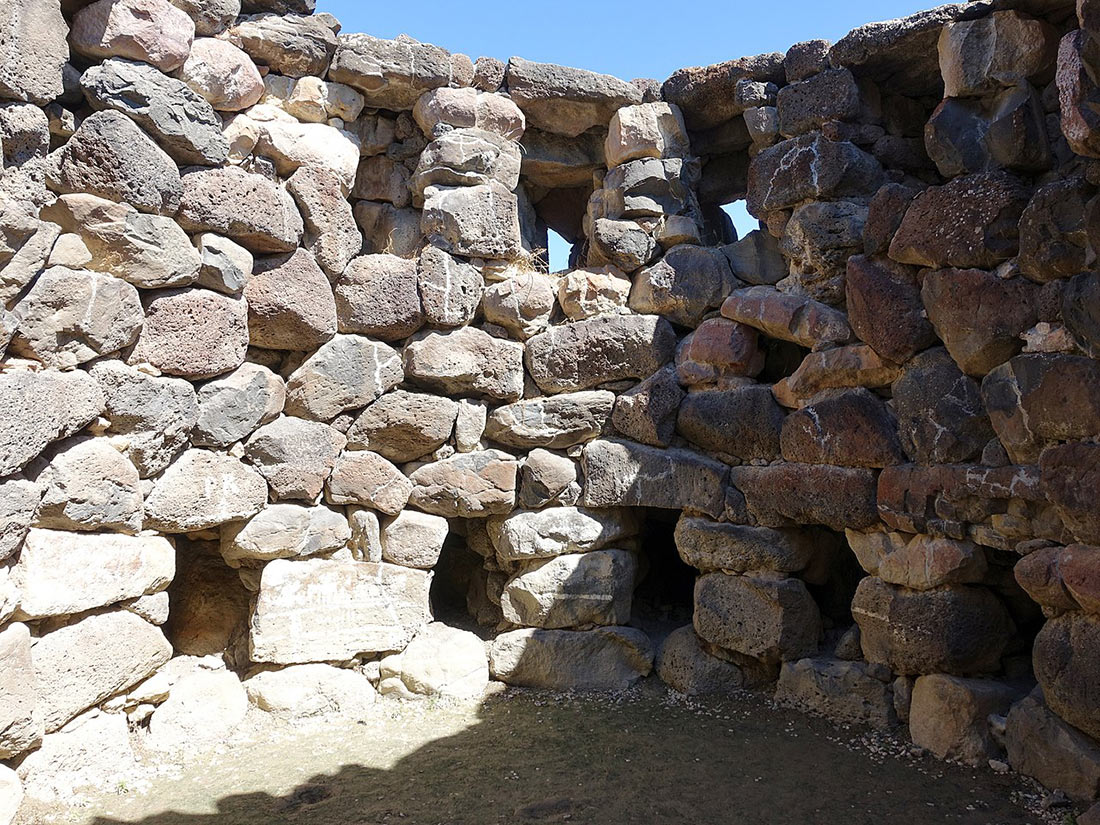 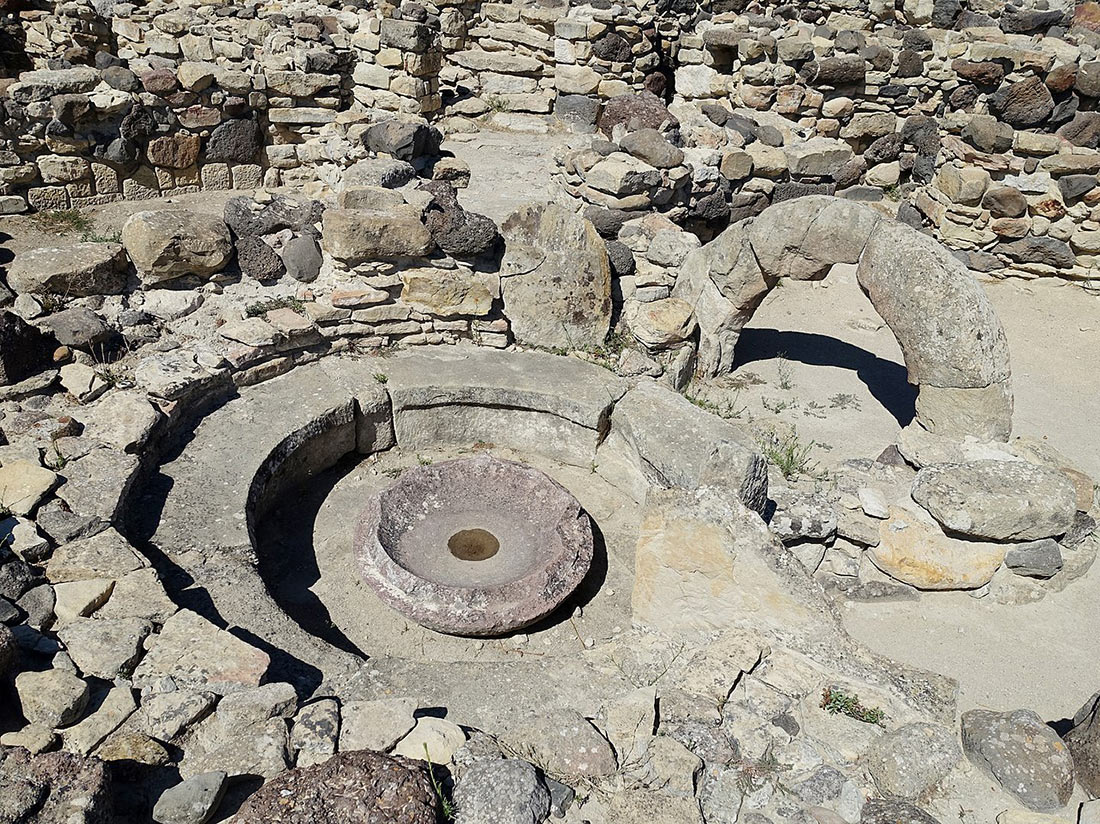 Unique in the history of Western architecture, the site of archaeological excavations in the municipality of Barumini was inscribed as a UNESCO World Heritage Site in 1997. 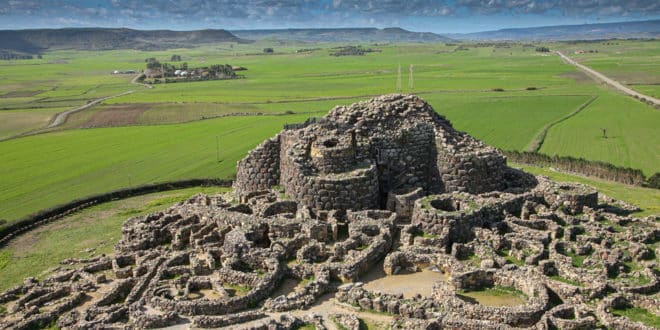 Su Nuraxi di Barumini is a prehistoric archaeological site on the island of Sardegna, near Barumini. It is a well-preserved complex of megalithic towers, dating back to the XV century B.C. For a long time, similar ancient structures scattered over the territory of the island were neglected by the scientific community.

The knowledge of the history and the origins of the culture of Sardinia was made possible by the inseparable connection with these monuments of ancient architecture and the need to preserve them. In 1997, the unique site of Su Nuraxi, which is the most striking attraction of Sardinia, was inscribed on the list of World Heritage Sites of UNESCO.

The emergence of the Nuraghe in Sardinia

The name Su Nuraxi, translated from the Sardinian dialect of Campidian, means “nuraghi”, the name given to prehistoric structures made of stones in the form of towers, which were common in Sardinia from the II millennium BC to the XIII century BC. Su Nuraxi is not the only surviving architectural monument.

At present there are about 800 nuraghe with varying degrees of preservation on the island, and in the past their number reached 20-30 thousand. Around these towers stone walls were erected and settlements appeared, which are commonly called nuragic villages.

The debate about the people who brought the culture of nuragh building and had their own special language continues even today. Most likely, they were natives of the Eastern Mediterranean, who had a higher level of development and brought new insights into various areas of life of the indigenous population of the island. One of the most interesting is the discovery of the presence during the construction of the Nuraghe of the mysterious Etruscans, for whom Sardinia was an intermediate point of migration from Asia Minor to Italy.

The found objects of art belonging to the Nuragic period are indeed reminiscent not only of the ancient finds of the Eastern Mediterranean, but also very similar to the Etruscan culture.

I suggest reading about:

All nuraghe have a similar construction, being a circular tower-type structure with a truncated top. The walls are up to 3 m thick and made of natural stone without any mortar. Some towers are up to 20 m high, and the entire structure is kept on the surface without foundations, maintaining its stability thanks to its impressive weight of up to several tons.

Nuraghs were usually built on a hilltop with a good view of the terrain, which allowed them to control all important access roads. 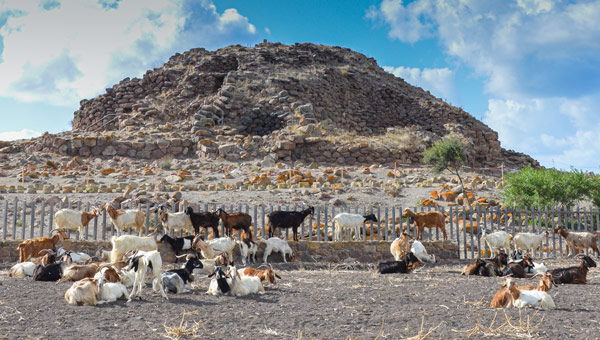 The original purpose of the ancient structures has remained a controversial issue to this day. They could fulfil one function or several – they could serve as a military fortification, a temple, a rulers’ residence or an ordinary dwelling.

Nuraghi were used until the Roman invasion in the 2nd century BC, although some sources confirm a later date – 3rd century AD.

For a better understanding of the scale of the buildings, watch the video from the drone:

The Archaeological Complex at Barumini

Su Nuraxi di Barumini is the most striking and complete example of the Nuraghic architecture of Sardinia. The study of this ancient monument, after years of neglect, began only after the Second World War thanks to the initiative of the archaeologist Giovanni Lilliu.

The complex, standing on the so-called Nuraxi hill (Bruncu Su Nuraxi), consists of several towers, walls and an adjacent settlement.

The central place in the massive construction is occupied by a three-tiered tower 18.6 m high, surrounded by four others, oriented strictly along the sides of the world.

The main nuraga, made of basalt blocks, is thought to have been built between the 17th and 15th centuries BC for religious purposes or as a meeting place for rulers. The outer ring is formed by seven smaller towers connected by a curtain wall with seven lobes. Only five surviving towers can be seen today. Their defensive functions were reminded by loopholes in the walls, which were later filled in with three-meter masonry, erected to strengthen the ancient structure. 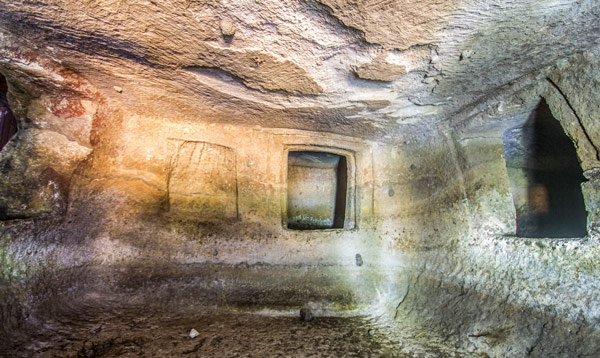 The huge well in the center of the inner courtyard of the complex is remarkable (there is still water in it). It reaches 15 m in depth and follows the shape of the nuragha, extending to 4 m in diameter at the bottom and tapering upwards.

The system of passages and rooms inside the nuragha is a complex plan that could easily confuse the enemy and cause panic.

Buildings began to appear near the walls of the Su Nuraxi towers in the 13th-7th centuries B.C., forming a settlement of up to 1,000 inhabitants. 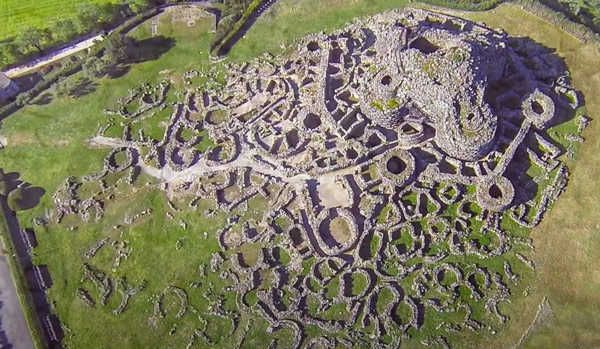 Round huts, 5-6 meters in diameter, were built of stone and had conical roofs of wood and twigs. They ranged in number from 40 to 200 and were not only dwellings but also craft workshops, kitchens, places for prayers and gatherings and centers for processing agricultural products. In the ninth and eighth centuries B.C. there were already sewers and paved squares and streets in the area. 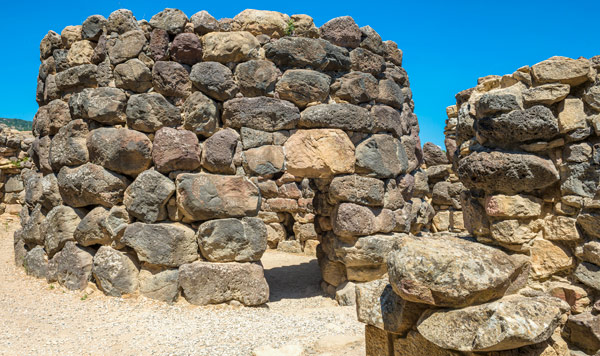 An interesting fact is that excavations of the Nuraghic village did not reveal any traces of property inequality. The lack of precise information about the social structure and religion of the ancient people of Sardinia does not allow to explain their way of life. The cult of the fertility goddess, characteristic of all the Mediterranean peoples, which worshipped the earth, water and celestial luminaries, was known to prevail.

In the 6th century BC, the settlement was destroyed and later rebuilt by Carthage. Su Nuraxi was also used as a storehouse and even a burial place until it was abandoned after the Roman occupation. Gradually, the stone structures began to be covered by the sediment and turned into a hill, until in the 1950s, excavations and studies of ancient Nuraxi began.

The study of Su Nuraxi di Barumini leads to the conclusion that the stone complex was an important economic and political center in Sardinia until I century B.C. and its architecture was not inferior in complexity to the constructions of Great Greece. The objects found – tools, weapons, pottery, bronze figures and jewelry – open the door to unravel the history of Sardinia and the ancient Nuraghe, which still have something to surprise the modern world.

How to get there, tickets

The archaeological complex (Area Archeologica “Su Nuraxi”) is 65 km from Cagliari, one hour by car. Here is the point on the map. 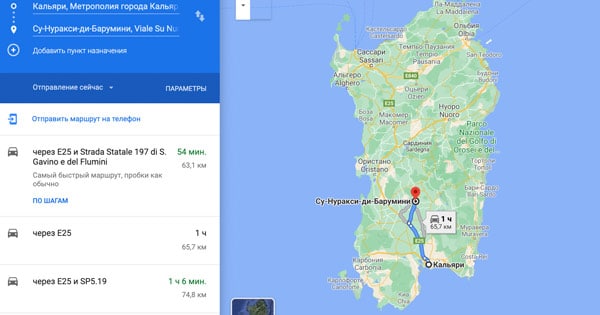 The ticket costs 14€ for adults, 11€ for youths 13 to 17 years old, 8€ for kids 7 to 12 years old, free for under 6 years old. Due to safety rules on rainy days the visit to the archaeological complex is only possible from the outside. 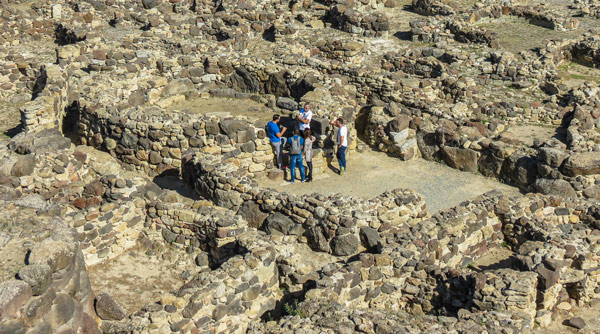 Working time: from 9 am to 4 pm, in the summer months until 8 pm. You can enter at least one hour before closing time.