Prehistoric pile settlements in the Alps

Who were the inhabitants of the piles and when did they live?

The inhabitants of the piles belonged to earlier farmers and breeders. They occupied the banks of lakes and rivers and the marshes around the Alps . 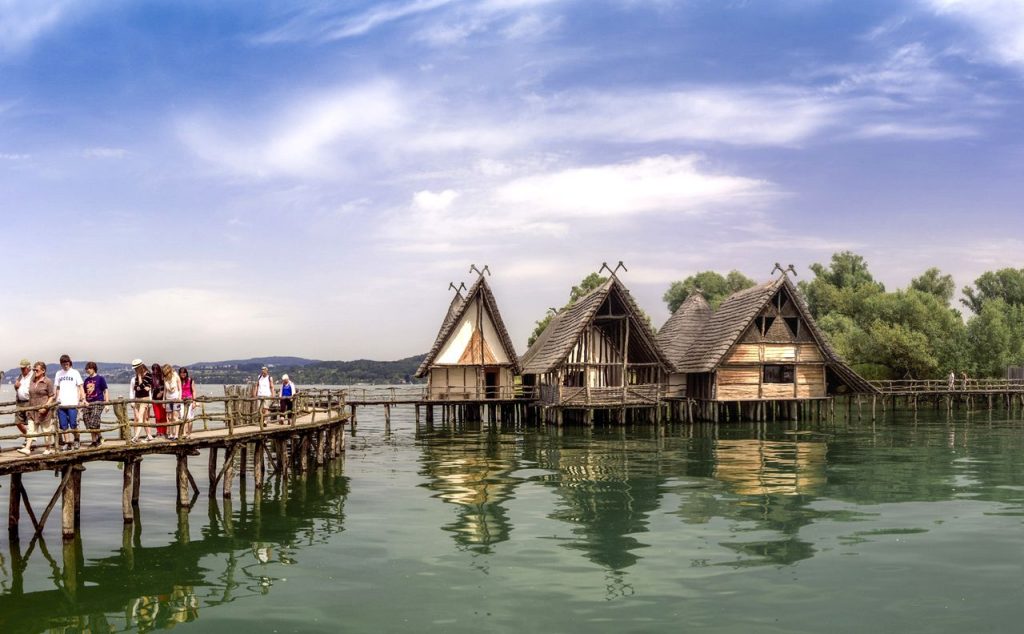 Who were the inhabitants of the piles and when did they live?

The heyday of construction and why did it end?

The Late Bronze Age was the heyday of pile dwellings. They grew in size and villages stayed in one place for longer periods, in some cases up to 100 years.

Stakes were driven into the shallows and platforms were placed on them. Sometimes for each structure individually, sometimes for the entire village. In some settlements piles at once support the roof and form the framework of the walls. 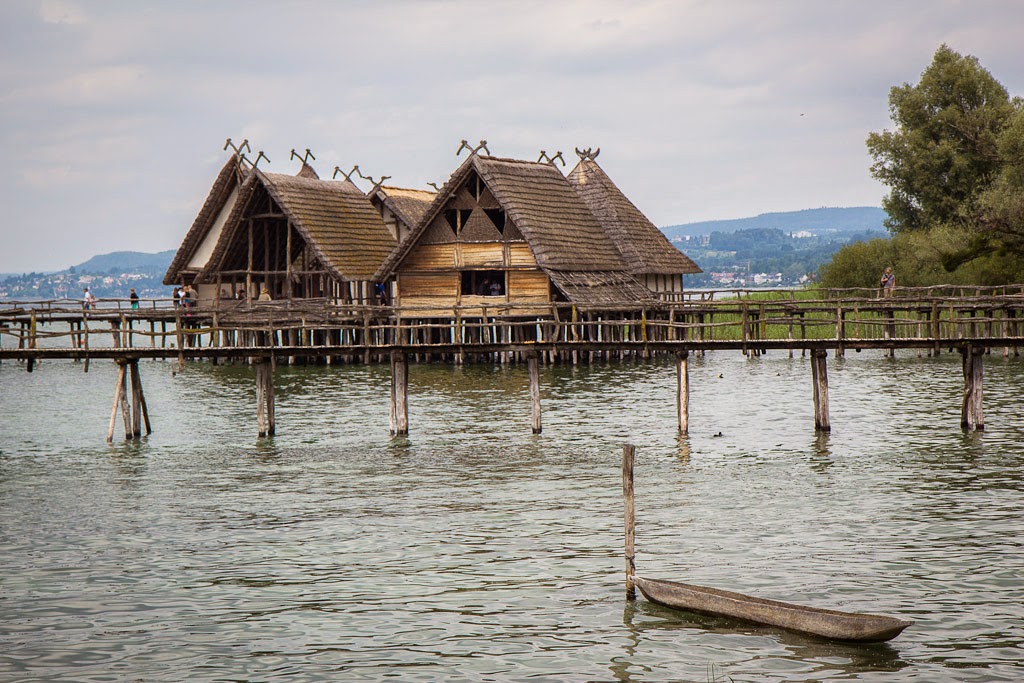 The heyday of construction and why it ended?

The quadrangular houses were divided into sections. Most likely a family lived in each section.

They grew wheat, barley, millet, peas, lentils, beans, parsnips, carrots, cabbage, parsley. They had flax and hemp and knew how to make clothes out of them.

All of this suddenly stopped as a result of the cooling since 850 B.C.

Today, scientists can identify more than 30 different cultural groups associated with such dwellings. In this way, the interaction – even across the Alps – between the cultural traditions of Europe can be studied and illustrated.

The finds include not only imperishable earthenware shards, stone axes and animal bones, but also organic objects. They were submerged in lakes or permanently wet marsh soils, so they can be preserved for a long time. This is because without oxygen, the microorganisms that cause rotting would have no chance. This leads to exceptionally good preservation conditions. 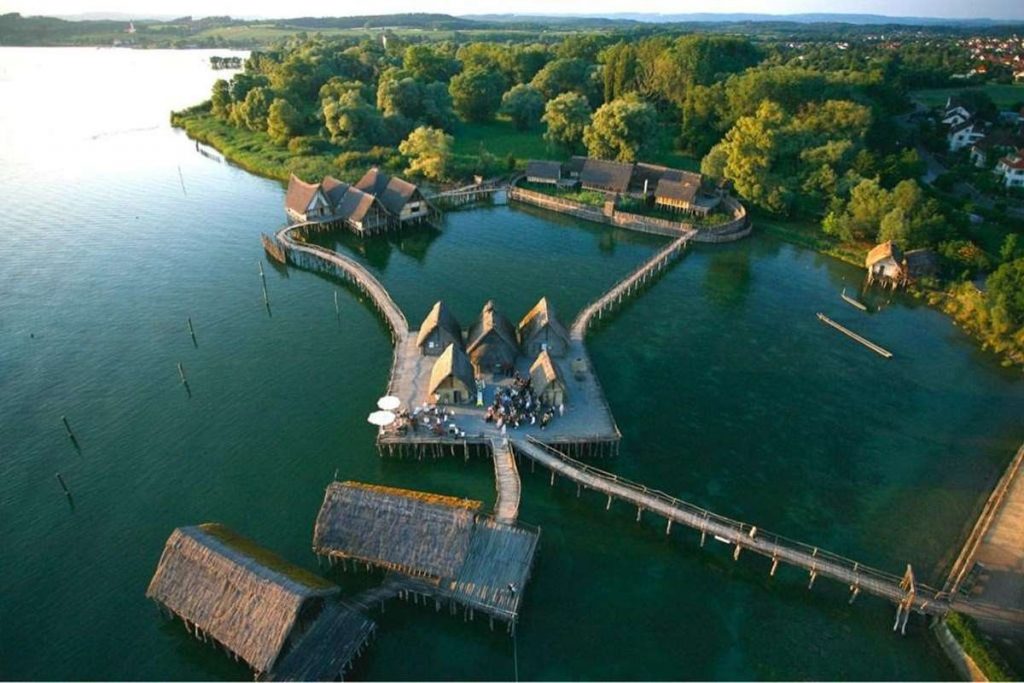 What have you found?

Because of this, the piled dwellings are known for holding the earliest textiles, wooden vessels, fishing nets and fully preserved tools in Europe . They offer a versatile and surprisingly vivid view of daily life in the distant past.

Wooden flutes and curiosities, like chewing gum from the Stone Age, have also been discovered.

Numerous amber and glass beads, finely decorated ceramics and intricately made clothes pins and engraved bracelets have been found, indicating a growth in wealth.

In Switzerland there are 56 piled dwellings out of 111 that are included in the UNESCO list.

It is in this country where the archaeological park Latenium is located under the open sky.

It tells the story of the shores of Lake Neuchâtel and its inhabitants from the end of the Ice Age to the present day. In addition, the park features full-size reconstructions and authentic archaeological artifacts that bring prehistory to life. 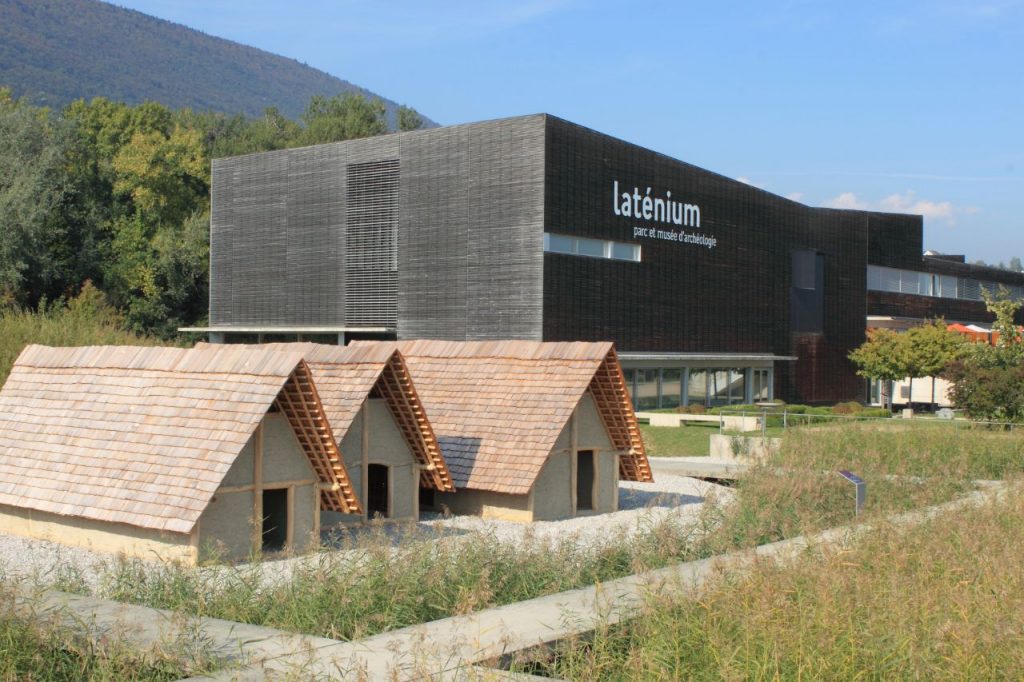 Until the end of the 1970s, the area occupied by the park was flooded. In addition, the site has always been known for its archaeological potential. Several soundings and excavations between 1984 and 1986 led to numerous discoveries.

However, because it was under water, it was never fully explored until after the construction of the Swiss A5 freeway. At that time, two villages of piled inhabitants were discovered. During the 1990s, a team of specialized craftsmen restored one of these villages.

Bande di Cavriana in Italy, first reported in 1878, was inhabited from the Early to the Late Bronze Age.

Because of the over-moistened environment, many of the wooden structures of the pile dwelling have survived quite well.

The rich collection of pottery and tools, the presence of northern amber and faience, but above all the “enigmatic tablets” confirm that there were interactions with other cultural areas of Central Europe. 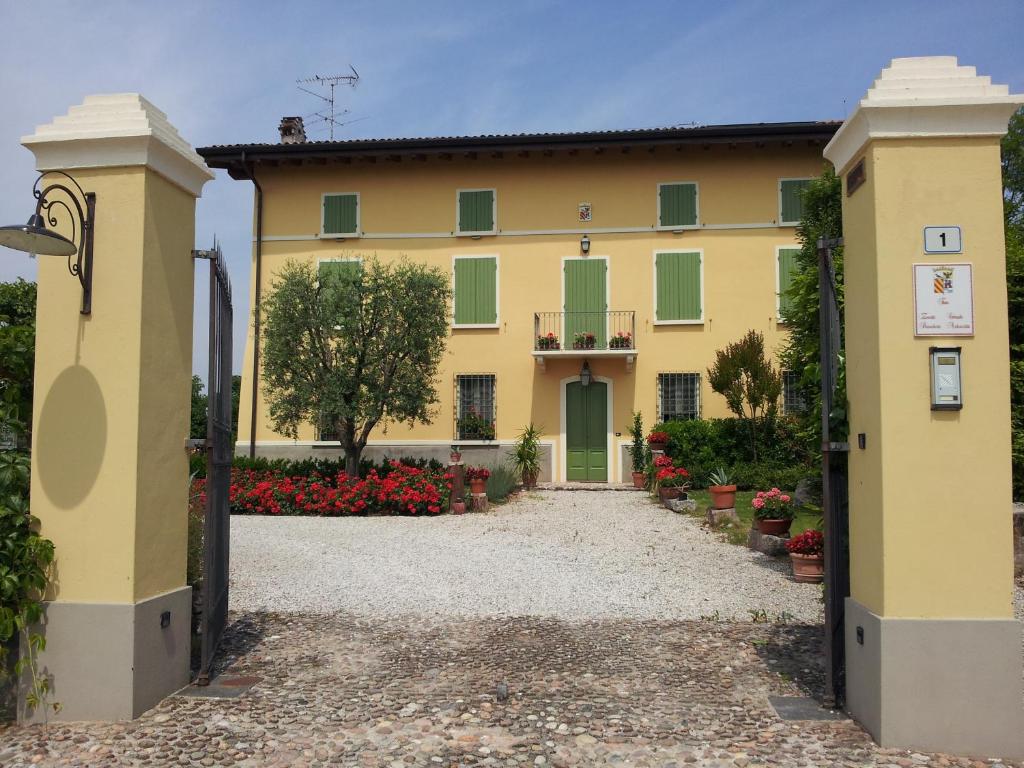 In 1970 a particularly interesting deposit of grape seeds was discovered. Their concentration and quantity suggest that they were used to make a fermented beverage. Scientists are making attempts to identify the genome.

Paleoenvironmental and paleobotanical studies are currently being carried out by Italian and foreign institutions. The Archeologico dell’Alto Mantovano in Cavriana displays a partial reconstruction of a pile dwelling.

The site was discovered in the 1940s during the industrial harvesting of peat in this area of Germany.

In 1982, the Department of Antiquities and Monuments of Baden-Württemberg began the first scientific survey of the site, which was followed by core drilling and selective excavations in small areas from 2002 to 2011.

To date, three settlement phases have been discovered. 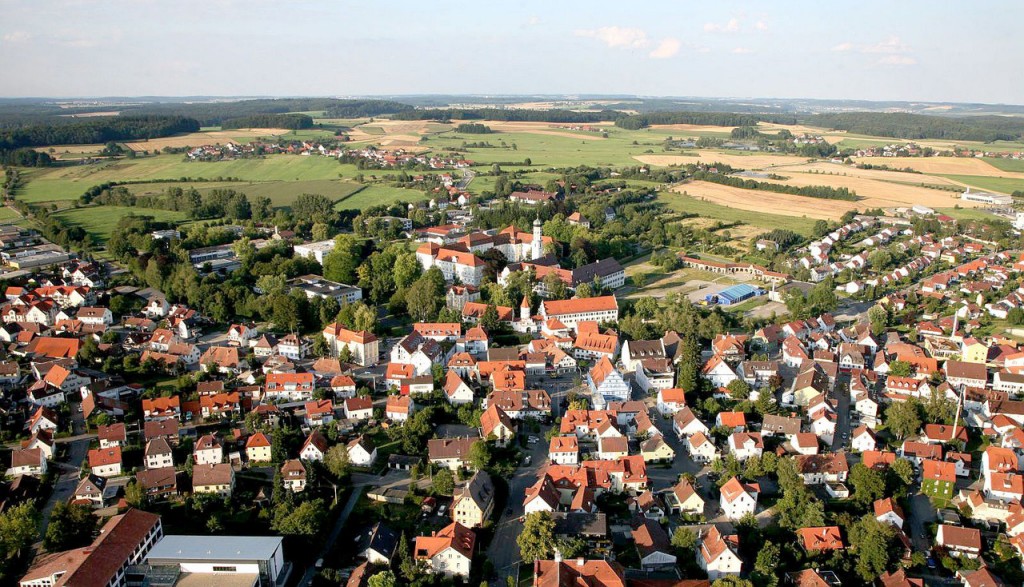 The “Goldberg III Group” formation with remains of wooden houses, tools and crockery is well-preserved. This site is an example of a typical Neolithic settlement in the Upper Swabian marshes.

Three large and three miniature wooden disc wheels were found here. They point to different production techniques of the time and are important witnesses of the evolution of vehicles.

In 2007, trees were removed from the site to raise the water table. A peat cover was introduced. Activities for rewetting continue here.

This site has been known since 1855. Between 1876 and 1910, explorers unearthed a treasure trove of pottery, tools and bronzes which later entered the collections of the Yverdon-les-Bains and Lausanne Museums and other museums throughout Europe.

The site is one of the most famous Late Bronze Age lake sites in all of Switzerland. Several settlements have been inhabited for at least 200 years, and the archaeological deposits are very well preserved. 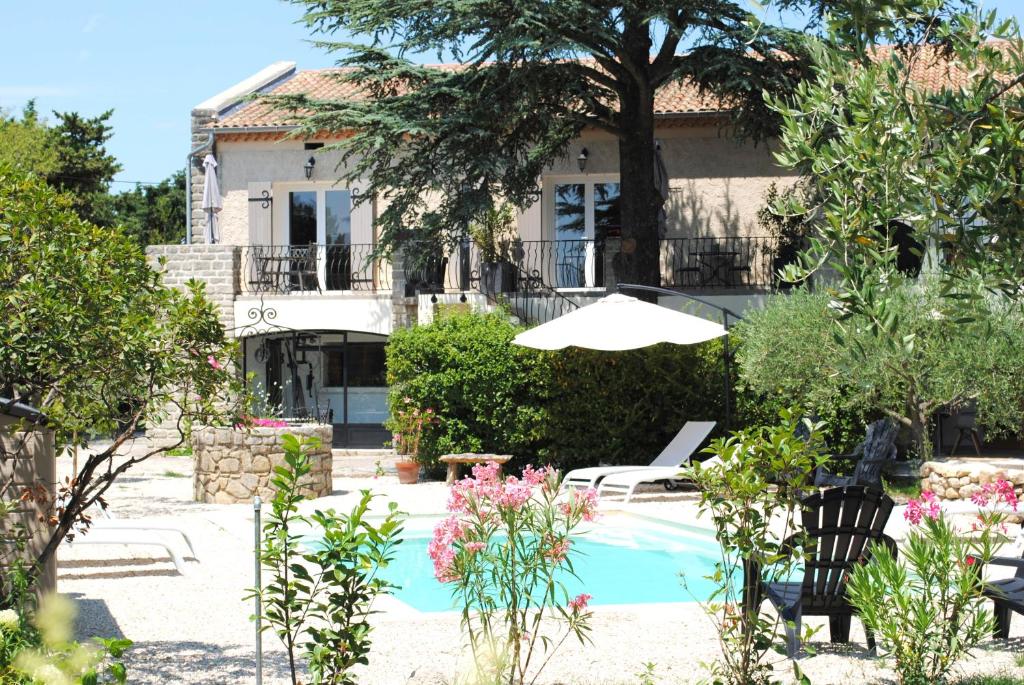 The excavations are partly in the lake under water, partly in the floodplain under trees and shrubs. The deposits are 2 – 3 m thick and contain 6 archaeological layers. While exploring the shoreline, a wheel of ashlar was found.

The artefacts, which were discovered on Lake Neuenburgersee in the canton of Vaadt, are on display at the Cantonal Museum of Archaeology and History in Lausanne.

The pile-dwelling on Lake Ohrid dates back some 6,500 years

Archaeologists conducted a comprehensive radiocarbon and dendrochronological analysis of samples extracted from the bottom of Lake Ohrid in Macedonia, where the prehistoric pile-dwelling settlement Plocea-Mihov-Grad was located. The results showed that the oldest samples of wood and the accumulated cultural layer date back to the middle of the 5th millennium BC, that is, to the Middle Neolithic period. Apparently, the settlement was abandoned by the inhabitants and re-emerged up to 1300 BC. The article was published in the Journal of Archaeological Science: Reports .

During the Neolithic and Early Bronze Age in Europe a tradition of building pile settlements became widespread. One of the oldest such finds was made in the middle of the 19th century when the water level in Lake Zurich fell. For a long time it was assumed that this settlement was built on platforms raised above the water on poles, but later scientists proved that it was built on the wet soils around the lake. Numerous prehistoric pile-dwelling settlements in the Alps, built between 5000 and 500 B.C., are now a UNESCO World Heritage Site.

Neolithic pile settlements are also known in modern Russia. One of them, the Modlon site, was discovered back in 1919. Archaeologists discovered the remains of four square houses raised on piles in the marshy soils of the Vologda region. The houses were connected to each other by small bridges. Radiocarbon dating showed that this settlement appeared about 5000 years ago. At present, works on a similar monument Serthea II, located in Smolensk region, are actively conducted.

Albert Hafner of the University of Bern, together with scientists from Switzerland, Germany, and Great Britain, investigated the submerged piled settlement Ploča-Mihov-Grad, found near the eastern shore of Lake Ohrid in northern Macedonia. The two sites discovered were presumably of Neolithic and Bronze Age date.

Scientists have noted that there are about a dozen prehistoric settlements (most of them piled) along the shore of Lake Ohrid, but these monuments have never been comprehensively investigated. Knowledge about them is usually based on the study of ceramics, which are dated from the Middle Neolithic (6th millennium BC) to the Late Bronze Age and Early Iron Age (2nd millennium BC). The researchers noted that the piled dwellings of the southern Balkans have high potential for the application of dendrochronological and radiocarbon dating methods.

Underwater archaeological work on the settlement of Plocea-Mihov Grad began as early as 1997. Scientists discovered more than six thousand wooden piles at the bottom of the lake, estimating the area of the settlement at eight thousand square meters. For dendrochronological analysis were selected samples of about 10 centimeters thick, sawn from 265 piles, as well as three other wooden artifacts. Wood analysis revealed that the piles were made primarily of oak (117 samples).

The results of combined dendrochronological and radiocarbon dating showed that the settlement was inhabited three or four times. The earliest samples date to the middle of the 5th millennium B.C., others to about 1800, 1400, and 1300 B.C. Using a calibration model, scientists estimated the time of accumulation of the main cultural layer, 1.7 meters thick, between the beginning of the XLV and the middle of the XLIV centuries B.C. Organic layers of later phases of settlement appear to have already been eroded away.

Other Neolithic settlements investigated by archaeologists were previously reported on N + 1. Thus, the early Neolithic settlement of Kichik-Tepe was one of the oldest in the South Caucasus, and in the south of Croatia the ruins of stone walls, pottery and flint knives 6000 years old were found under water.