Italy is famous for the fact that its cities are like open-air museums, and Florence is no exception. Today we will tell you what are the most interesting places to see in Florence for every tourist.

Friends, we remind you that we have a super handy app for iOS, which is available in the App Store.

The best way to begin your Florence experience is with an experienced local guide who will show you all the most interesting places in the city and tell you their history. And we will briefly tell you about some of them.

The Cathedral of Santa Maria, whose dome is well known to tourists by postcards and photos in guidebooks, has long been a landmark and visiting card of Florence. Like many churches and temples in Italy, Santa Maria del Fiore is a true treasure trove. The magnificent architecture of the building is equal to the grandeur and luxury of the interior, as are the artistic gems of the cathedral – the paintings of Michelangelo’s The Mourning of Christ and Donatello’s Mary Magdalene. And from the observation deck on the cathedral’s dome you can enjoy a magnificent view of Florence. 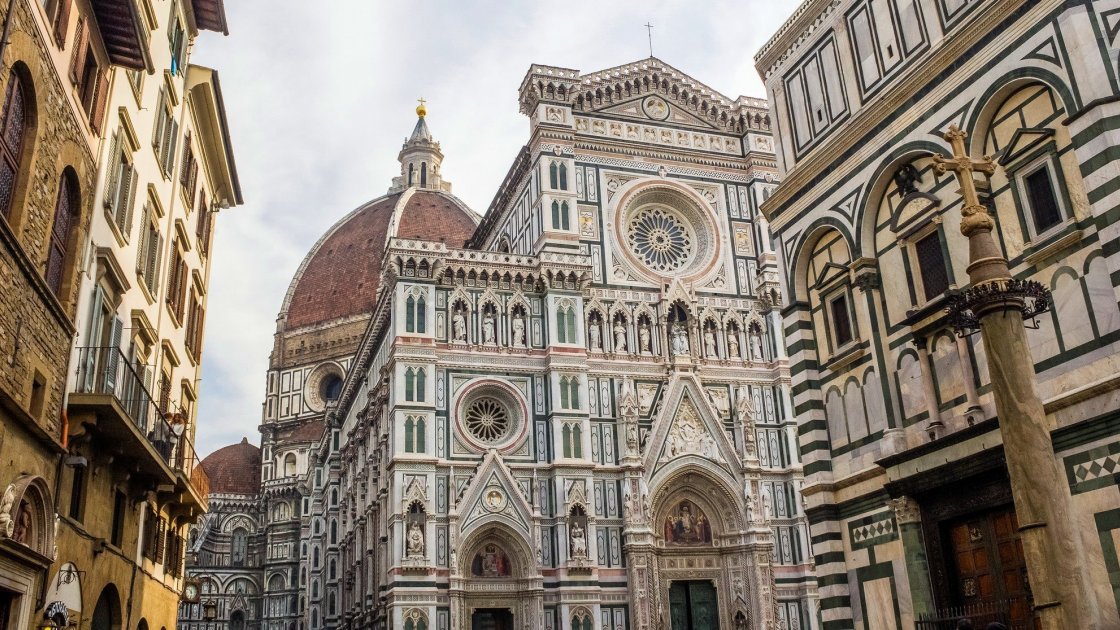