We often travel thousands of miles in search of new experiences, we fly to other continents in the hope of seeing unusual monuments and natural wonders, but often we forget that all the wonderful things are nearby. That is how we can describe our neighboring country. Poland . A few hours by bus or 1-2 hours by plane and you will get to the Medieval fairy tale, which will meet your expectations by 100%. 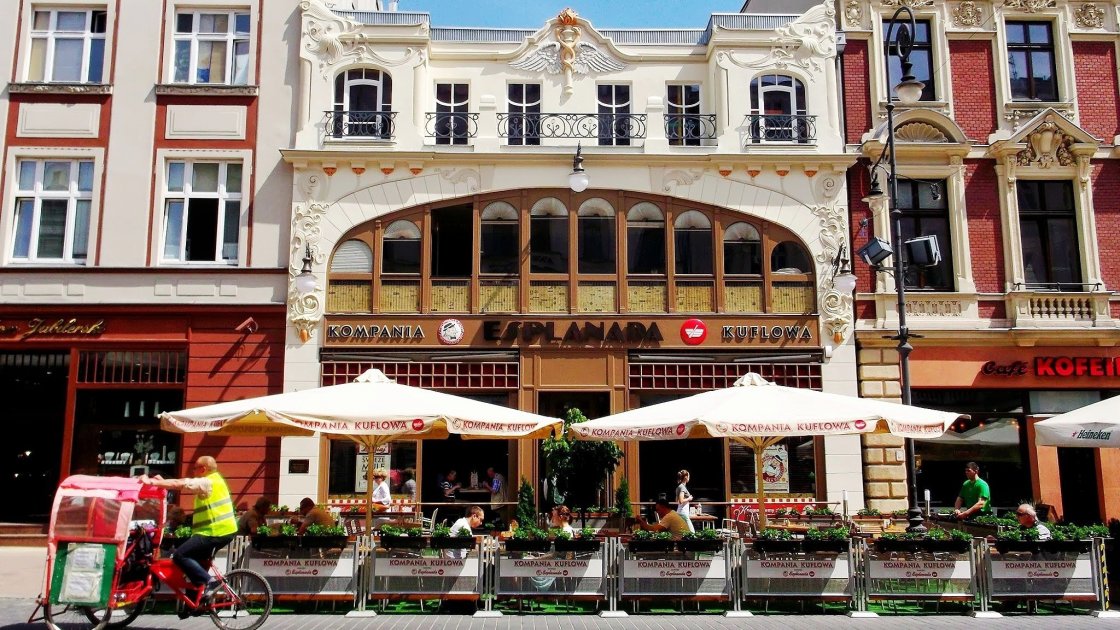 For the first acquaintance with Poland or just for a trip along the tiresome route you should visit the following cities: Krakow-Wroclaw-Lodz-Warsaw-Lublin.

This route is very convenient because the cities are located between them at a distance of 200-250 km, so you will not get tired, you can fully enjoy the Polish beauty, delicious local food, take a few hundred pictures with countless Catholic churches and castles. 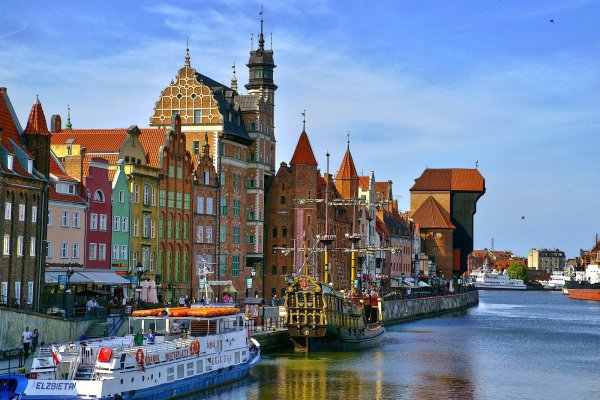 On the territory of Poland there is a well-developed network of buses Polski Bus, which you can use to get to every point of our itinerary. And what’s important for your budget, the cost of the trip will not exceed €5-6, and if you plan everything in advance, there are almost always tickets for the price of €1.

Accommodation prices in all cities of the route are about the same:

The easiest way to get to Poland from Ukraine is by plane. Wizz Air has cheap flights to various Polish cities, including Katowice, which is a city not far from Krakow, and where our route can conveniently start.

There are also direct bus and train flights from Kiev and Lviv, or you can make the most budget route with multiple transfers and walking across the border.

In a few hours you’ll find yourself in medieval Krakow – a cultural capital of Poland. The heart of it is the Old Town (a UNESCO World Heritage Site) with its vast Rynok Square, the Church of St. Mary and the Wawel Castle. For a long time Krakow was the coronation place of Polish monarchs, although the capital of the country was in Warsaw – you can learn more about this on a tour “Mystery and grandeur of the royal dynasties. 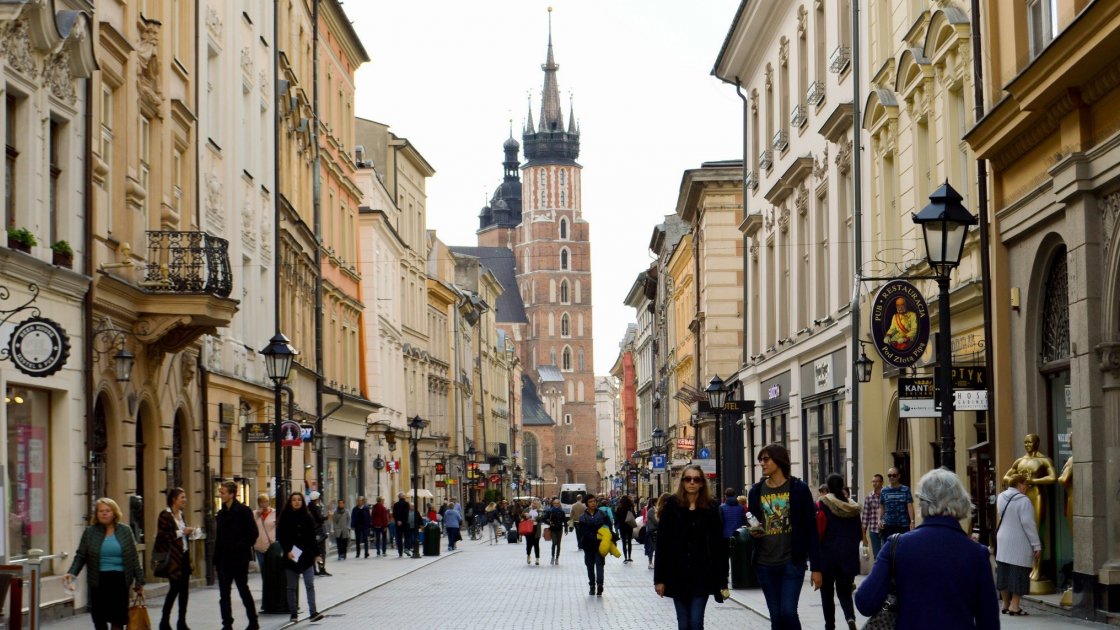 Indeed, the number of attractions in Krakow is huge, but what makes this location truly unique are the two places that are close to the city. The first is the Wieliczka salt mines with several trails (hiking and mining), a salt cooler, a church and other interesting additions; the second is the world famous Auschwitz concentration camp. 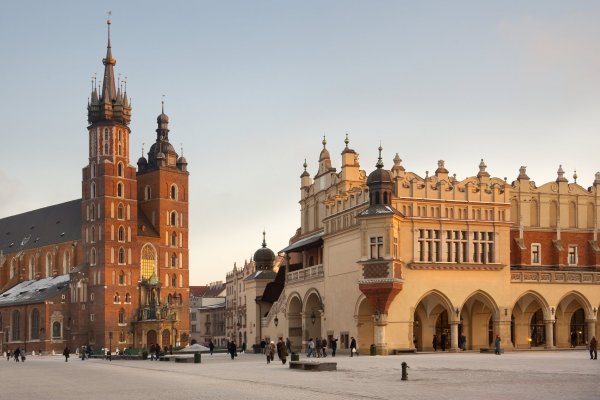 The next stop on the itinerary is Wroclaw. It is another “classic” Polish city with an old quarter and a market square in the center. You can learn about all the peculiarities and historical adventures at the excursion “In the footsteps of the mysteries and legends of Wroclaw”. Wroclaw also traditionally has its own royal palace and historical museum. 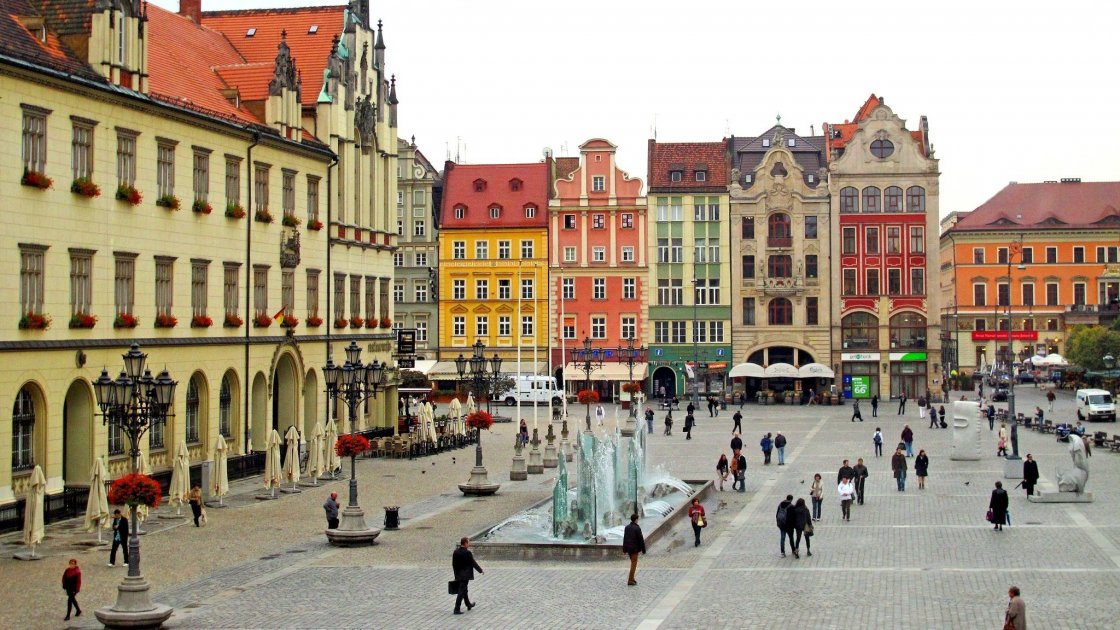 The most famous landmark of the city is the Hall of the Centenary, built in honor of the victory over Napoleon at Leipzig. This architectural marvel resembles a wedding cake, the Capitol, the UFO, the old Baku airport building at the same time! The building hosts fairs, architectural exhibitions, opera performances, and basketball contests.

The city’s calling card will be the Water Knowledge Center – Hydropolis. It is designed for guests of all ages, who can enjoy 64 installations in eight thematic areas. Here you can even look into the bathyscaphe “Trieste”, which in 1960 plunged into the deepest place on Earth.

If you are staying overnight in Wroclaw you can take the Mystic Wroclaw tour. 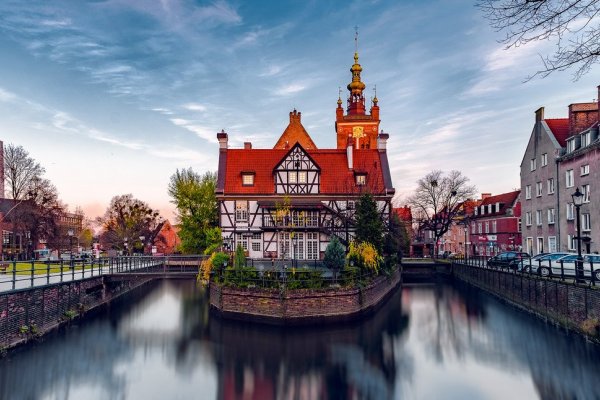 A very interesting city, with a rich history and attractions. It is surprising that in the postwar time, when Warsaw was destroyed, Łódź actually performed the role of the capital of Poland in 1948-1949. 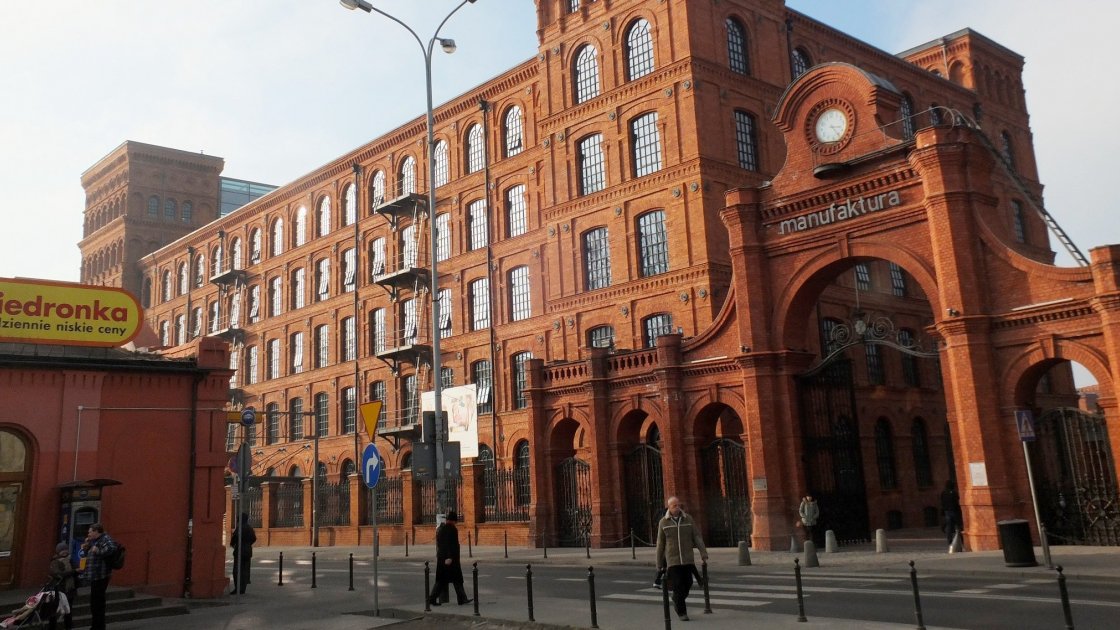 Lodz is an industrial city, which only adds to its special charm and uniqueness. Here the factories have become museums, and the former factories – shopping centers and restaurants. So, for example, it is worth visiting the Museum of Textile Industry or the Museum of Wooden Architecture. Lodz is also a “cinematic” factory in Poland. There is a school of cinema and television, a cinema museum and its own Alley of Stars.

Lodz has the longest pedestrian street in Poland, with dozens of cafes, restaurants, pubs, and stores. The main attraction of the city is a shopping and entertainment complex – Manufaktura, located on the site of a former textile factory. There are stores, cinemas, restaurants and art installations in the shops of the complex. 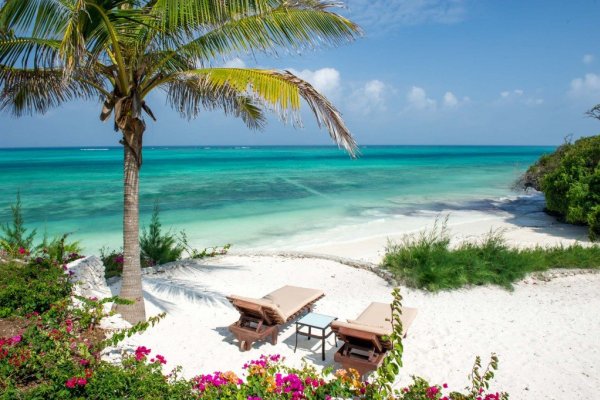 В Warsaw Warsaw is Warsaw’s capital – wide avenues, long streets, and tall glass buildings. In the center is traditionally the Old Town. However, it is only 60 years old! Warsaw will not surprise you with so many attractions, as Krakow or Wroclaw, but there is something to see here. The city is very dynamic, technological and cosmopolitan. 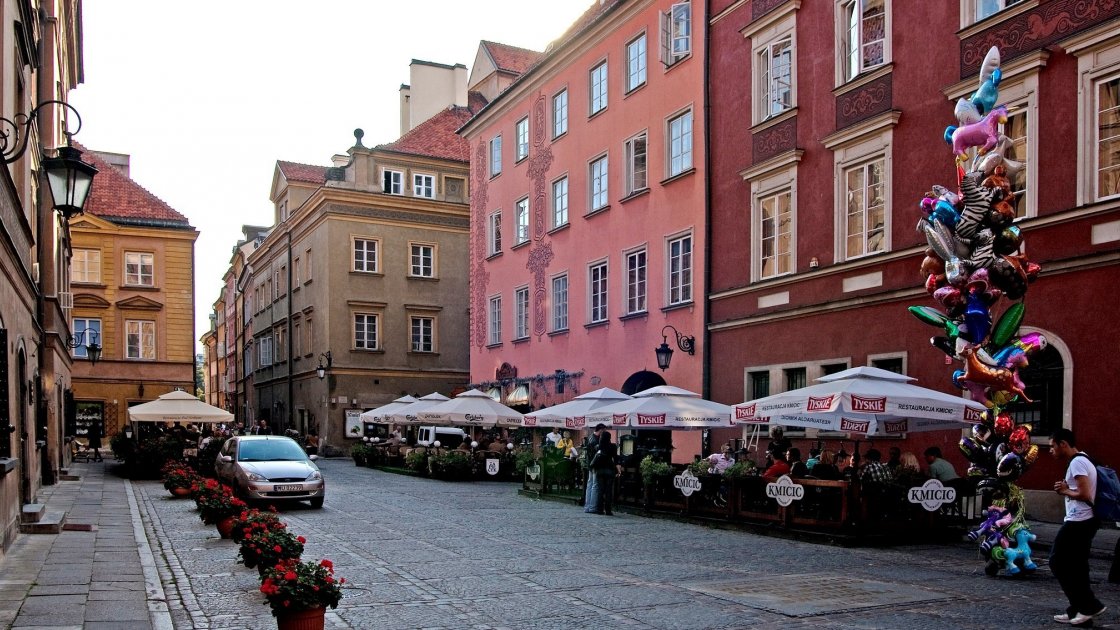 We strongly recommend you to visit the most unusual park in Warsaw which is situated on the roof of the library of the University of Warsaw!

The life and work of the great composer Chopin is inseparably linked with Warsaw. There are 15 “singing” benches installed around the city, sitting on which you can listen to melodies written by the composer.

Even more you will be amazed by the Copernicus Science Center – it is not just a museum of Nicolas Copernicus’ heritage, here you can become a scientist yourself, test the effect of all the physical laws. The best view of the city opens from the highest building – the Palace of Culture and Science.

Since Warsaw is not a small city, it is advisable to take a bicycle sightseeing tour or a walk by car through it. 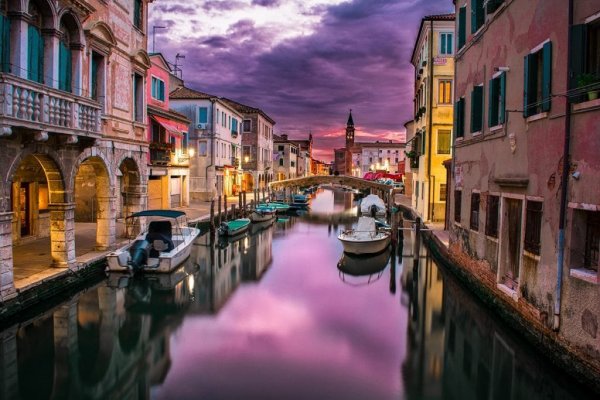 Lublin is closest to the Ukrainian border and can easily be a weekend destination without visiting other Polish cities (especially if you are afraid of flying). Lublin has an unofficial nickname – “little Krakow”, because there are also many attractions, but the city is located away from the big tourist flows. 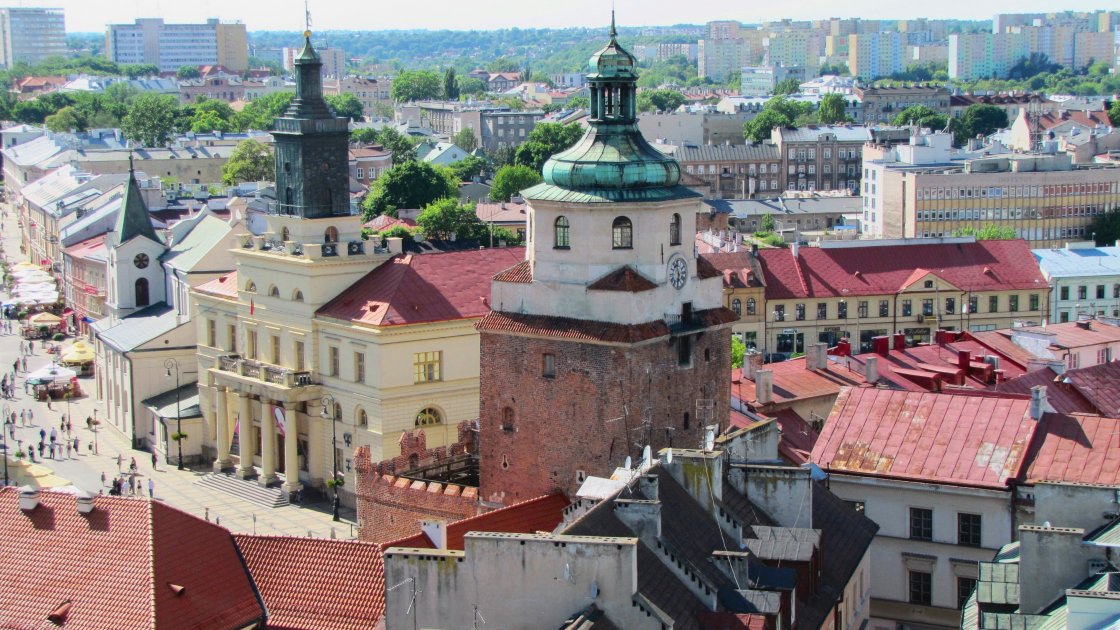 This is reflected in the price policy, so, for example, to eat in Lublin can be 10-20% cheaper than in other cities on the route. Also this city will be a good place for shopping on the way home. The main local attraction is Lublin Castle, which offers a great view of the city (from the height it somewhat resembles Vilnius or Bratislava). 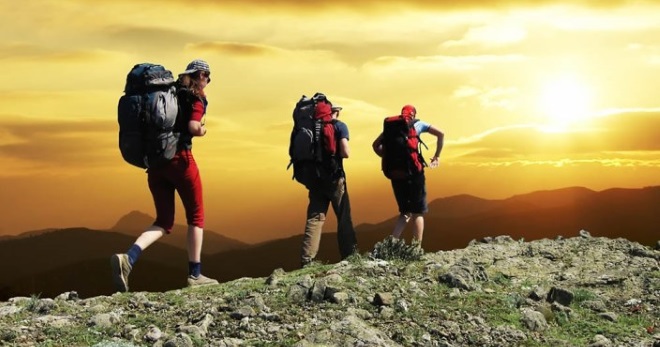 Poland has one of the leading places in Europe in terms of the area of protected areas. The mountain ranges and vast plains, endless forests, lakes of glacial origin with clear water – that is why fans of active recreation come to Poland from many countries of the world every year for the sake of trekking.

One of the most popular trekking routes in Poland is the six-day route through the High Tatras, which includes an ascent to the northern summit of Rysy. Interestingly, there is also a route with the same name in Slovakia, only it involves climbing to the middle summit of the mountain, located on Slovak territory.

The one-day route to Rysy is also popular. You should note that the ascent to the height of 2499 m is not easy: firstly, the distance is not great, and secondly, the rocky slope requires if not certain skills, then at least good physical condition and some skill.

But hiking in the High Tatras you can see one of the most beautiful mountain lakes in Poland, which is deservedly called the “Pearl of the Tatras” – Morskie Oko. However, to see this amazing lake you do not need to be physically demanding. There is a very easy hike to it, just 9 kilometers, and you should go along a smooth asphalt road. However, it is not possible to call it a trekking tour, but the Tatra National Park, in whose territory the lake lies, offers many other routes:

Please note that all trails in the Tatra National Park are marked and it is strictly forbidden to leave the trails. 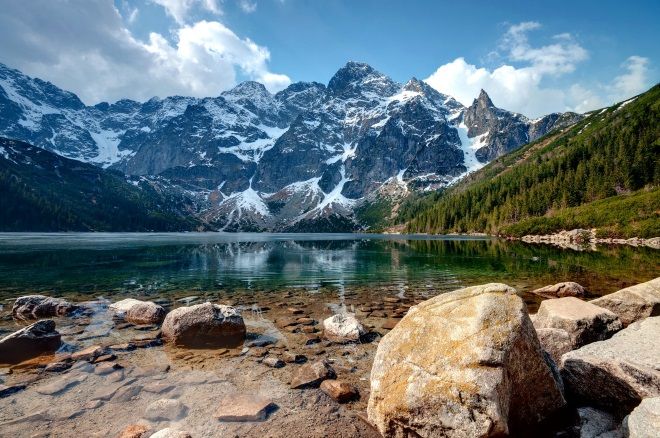 These mountains are less high than the Tatras. Nevertheless, trekking in the Beskids in Poland is no less popular. The highest part of the system – the Beskid Żywiecki – attracts trekkers with its amazing nature. Mountain peaks rise above the forest, the landscapes here are “multi-storey”. Babia Gora is considered a symbol of the Beskid Żywiecki, and several popular routes include climbing it. By the way, tourists are attracted here not only by the beauty of the landscape, but also by its legend. The mountain also has a second name – Diabliak, and it is believed that at one time there was a castle of Satan himself on top, and large stones scattered on the slopes closer to the top are what is left of this castle.

The slopes of the mountain are covered with forests – beech and coniferous. The southern slopes are gentle and offer easier routes. The northern slopes attract professional trekkers. All trekking routes are for one day.

Babia Góra is situated on the territory of Babie Góra National Park, which also has hiking routes. All of them are also one-day trails, and many of them can be done even by people who lead mostly sedentary lifestyles. The route from Rajci to Romanka is very popular. 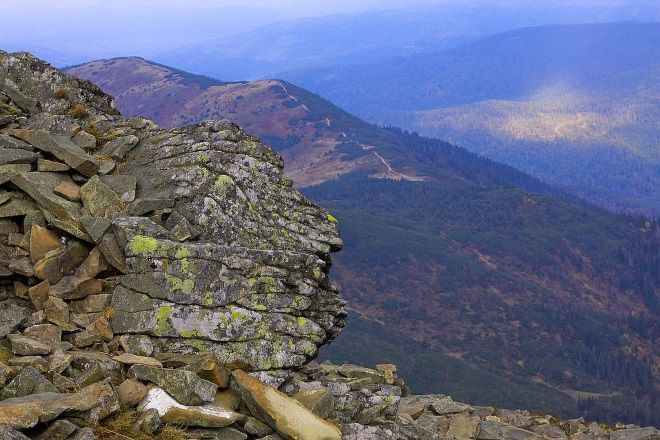 There are several popular routes in the Bieszczady National Park, the third largest national park in Poland. There are one-day and several-day itineraries. Most of them include a visit to the man-made Lake Solina. The more difficult routes involve climbing Tarnica – the highest mountain in Bieszczady (one peak – 1346 m, the second – 1339 m). More often climbing is done on the northern slope – it is more gentle. 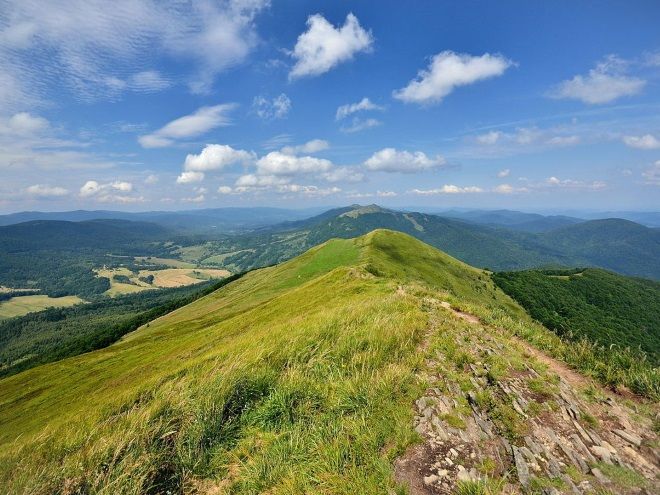 Even just to list all the trekking routes in Poland is difficult. Let us name the places that are most popular among hiking enthusiasts:

For experienced tourists is also popular “international” route in the Sudetes, which starts in Wroclaw and ends in Prague. It is 45 km long, lasts 7 days, includes climbing Snezka – the highest point in the Sudetes. 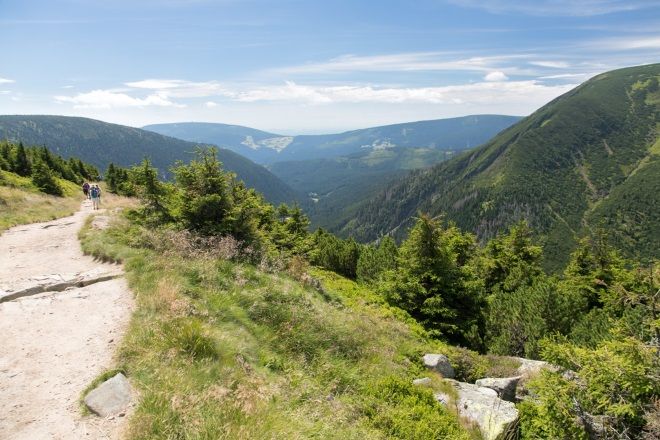 Entertainments on the water are very popular nowadays, especially if we talk about water parks. Almost every big city in Poland has its own water amusement park where you can enjoy a great time.

Tourists traveling to Poland, in addition to attractions, are attracted by its convenient transportation system. This also applies to air transport – Polish airports are numerous, comfortable and cover almost its entire area.

Although the territory of Poland is not abundant with bays and lagoons, there are several islands that are interesting to visit as a tourist destination. Read on to find out what islands Poland has and what their special features are.

Poland is a Catholic country, but there are churches of other denominations. They are visited not only by pilgrims, but also by tourists interested in religious architecture and history. Let’s find out what are the biggest, most beautiful and unusual churches in Poland.