Podlasie in Poland. What to see?

The Knyszynski Primeval Forest is the largest forest complex of 100,000 hectares in Russia. Because of its size, the forest is called the younger sister of Belovezhskaya Pushcha. In ordinary forests you will not see such animals as lynx, beaver, wolf and red deer, in contrast to the Knysha primeval forest, which has several dozen species of protected plants and protected animals. The forest complex can be visited by yourself or by bike, horse or car or you can see it by choosing a canoe trip, because it has more than fifty hiking trails in its arsenal. Thanks to the peace and quiet that you feel while walking through the woods, you will not notice how time flies by.

Narew National Park is the youngest national park. Park serves to protect the Narew Valley, also called the Polish Amazon. The wooden footbridges of Slivno-Vanovo are the easiest route through the Narew National Park, almost 3 kilometers long. So, the walk is also suitable for children, but you can not do without the help of adults, because you will have to cross some sections of the route, where there are movable elements of bridges attached to a rope . An alternative that does not endanger yourself or your children is to cross them in canoes that are rented by the park. 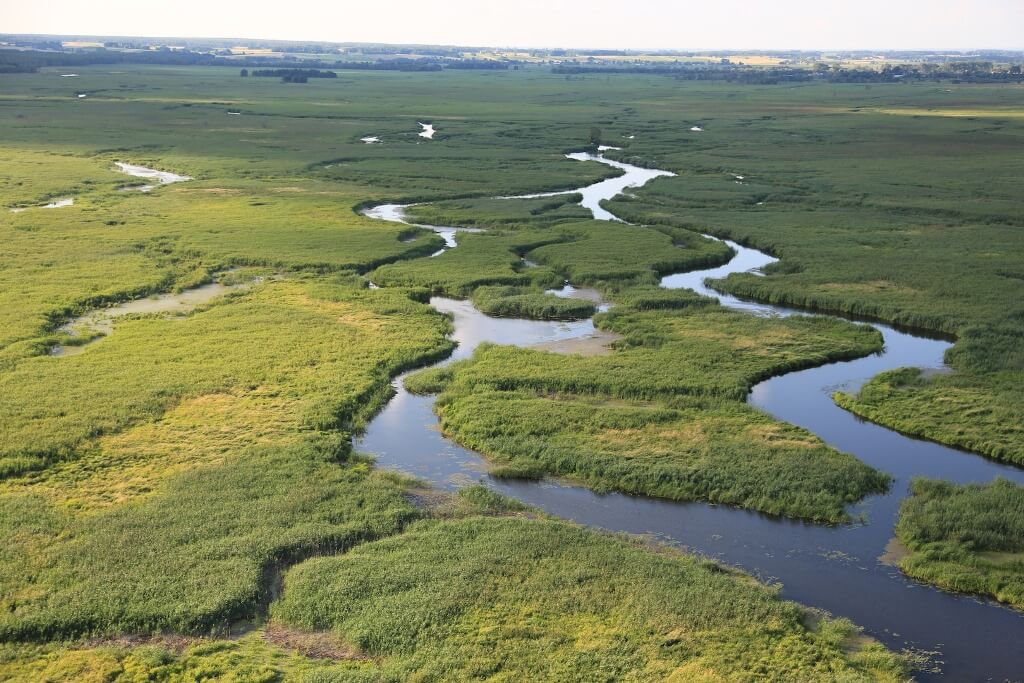 Branicki Palace in Bialystok . Bialystok is something that is impossible to miss in Podlasie. There is the beautifully decorated Branicki Palace, which delights with its palatial gardens. Although it is currently the seat of the Medical University administration, you can visit it to admire the Baroque stucco decorations, family coats of arms or the apartments of Izabela Branicka. In the right wing of the palace there is a museum of the history of medicine and pharmacy, with exhibits related to pharmacy. The upper and lower gardens are also worth seeing. The upper part is decorated in French style, but the lower part – in English. Among the flower beds and fountains are gazebos and promenades, behind which majestic monuments and statues open up. A stroll through the garden gives you peace of mind, and also helps you plan your next trip around Bialystok.

READ
How to spend time in Kathmandu: information for tourists 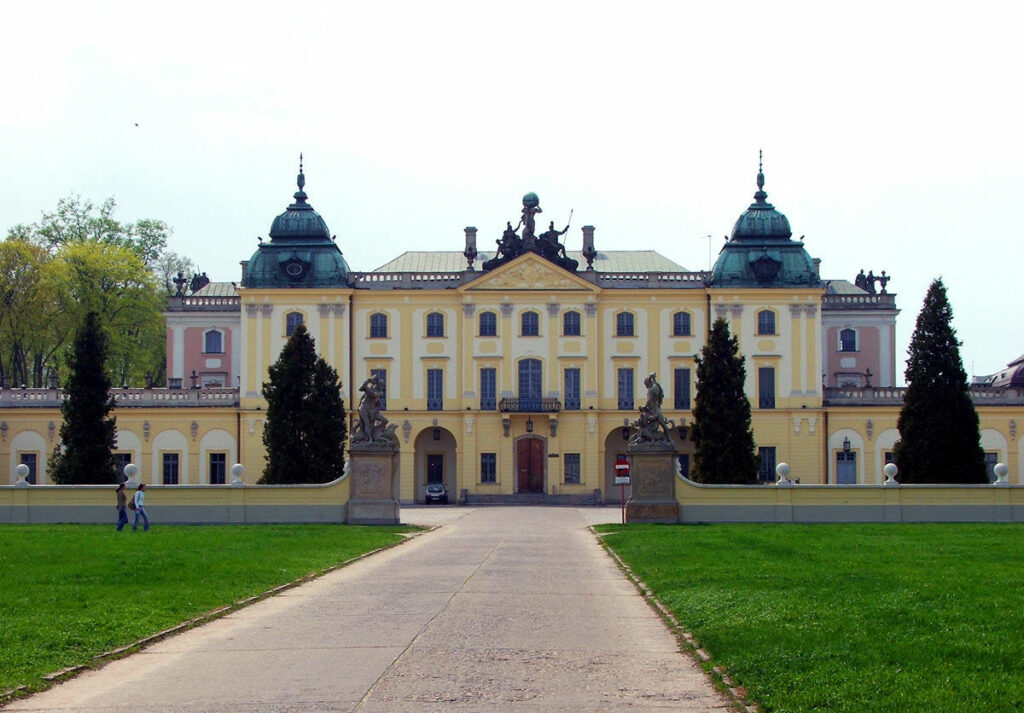 Buchholz Palace in Supraśl . Buchholz Palace in Supraśl has a romantic and sad history . The owner of the factory, a Jewish textile manufacturer Adolf Buchholz, who came to Supraśl, wanted to take a girl, Adele Scheibler, as his wife. The parents had one condition for their daughter – to live in decent conditions, and for this chosen one had to build a palace for her. So he did. The construction took 13 years. The man soon enjoyed his wife, but soon after the wedding he had an accident. For the next 30 years, every Sunday, his wife laid flowers, in the mausoleum built by her efforts. The site is open to the public and houses the Secondary School of Art . 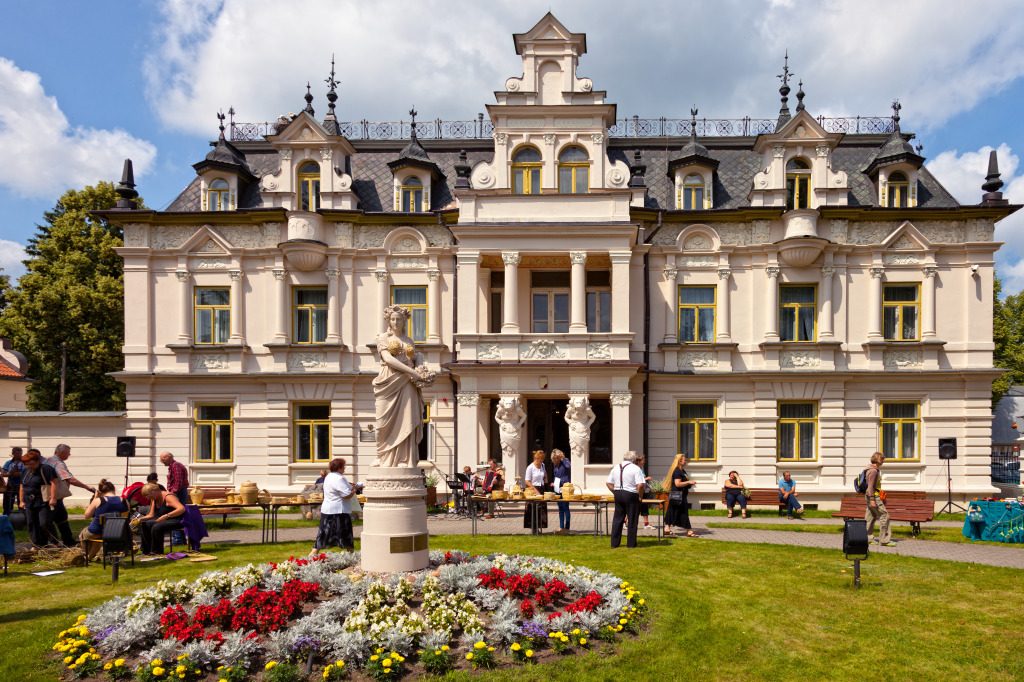 Castle in Tykocin. The castle was originally built in the 15th century as a wooden fortified structure by the Gastold family. Sigismund II Augustus, who seized the castle in the 16th century, turned it into a royal residence. Despite reconstructions, the castle is now in private hands, undergoing another reconstruction. To truly understand how the castle was expanded, who and when lived in it, to visit the many halls and monasteries, as well as the underground of the castle, a guided visit is recommended. From the highest place – prison tower, you can take pictures and admire the area, as well as feel the atmosphere of the place. 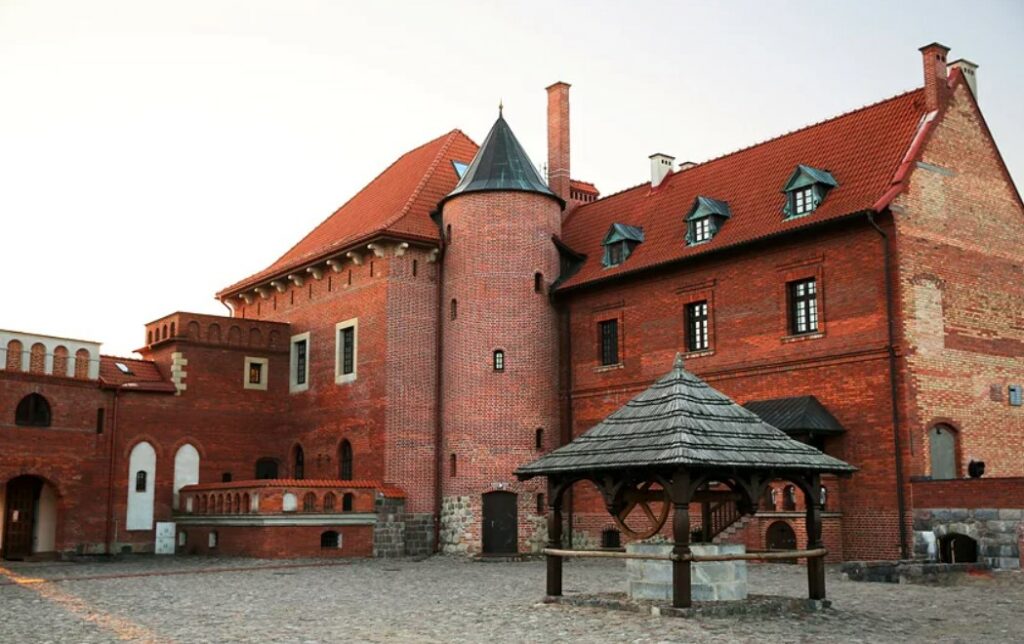 Podlasie – what to eat?

Podlasie is famous for its extremely tasty cuisine, which includes such dishes as pierecaczewnik – a pasta sheet served with a choice of fillings (meat, cheese or apple), a sweet delicacy – cenkacz, Koricin cheese or potato noodles filled with meat and cracklings-kartache, very much appreciated by those who like salty, as well as potato pie with mushroom sauce and Tatar chebureks- fried dumplings with lamb and yoghurt sauce. The variety of dishes and, most importantly, their taste will not leave anyone indifferent and hungry.

READ
Belarus - information about the country and attractions.

Podlasie – the land of reserved forests

Meet the “green lungs” of Poland, the land of protected forests.

Of the 16 Voivodeships in Poland, Podlasie is one of the most environmentally friendly and is often called the green lungs of the country. It is a land of reserved forests, numerous rivers and lakes, untouched nature, a wonderful place to relax.

Podlasie is situated in north-eastern Poland. Its capital, Bialystok, is a cultural, scientific and economic center. The city was founded by Jan Clemens Branicki, the most important representative of the Polish noble family. Of course, like any city, Bialystok has its attractions. For example, the late Baroque Branicki Palace, called “Podlasie Versailles”. Now it is the Medical Academy.

The historical center of Bialystok is the Market Square of the 18th century (Kosciuszko Market) and the City Hall (museum). In the evenings the square is full of people and fun: open-air cafes under colorful umbrellas are the favorite place of rest of the townspeople. You will not far from the small Catholic Church of Dormition of the Blessed Virgin of the XVII century (the oldest in Bialystok) and the grandiose neo-Gothic church, attached to it in the early XX century.

Besides the center, take a look at the suburbs of Bialystok, e.g. Knyszynski Forest (15 km from the city) – you can watch a unique sundial, forest garden silvaria (reminding of Stonehenge) and a nature museum. Or go to Supraschl – for an excursion to the acting Orthodox monastery and Museum of Icons (muzeum.bialystok.pl/suprasl/index.php). Those who like exotics can go to Krushinjany and see an 18th century mosque, a Tatar yurt, and taste dishes of the national cuisine (www.kruszyniany.pl).

Particular attention should be paid to the National Park “Belovezhskaya Pushcha” (10,517 hectares) – a nature reserve, which is included in the list of UNESCO World Heritage Sites (both Polish and Belarusian part of the Pushcha). It takes about 25 minutes to get from Bialystok to Belovezhskaya Pushcha, and you should stop in the village of Bialowieza, the very center of the reserve. There you will be welcomed by the slender pines and century-old oaks, and a guide will take you through the forest paths and show you relict trees and plants. Visit the Palace Park, the Museum of Forest, the Breeding Center for rare animals, including bison. By the way, the bison (the largest mammal in Europe) is the symbol of the park and of Belovezhskaya Pushcha. If you get hungry, take a look at the restaurant “Tsarski” (www.restauracjacarska.pl) – you won’t regret it!

READ
Hong Kong, China: information about the city, its attractions and national dishes

You’ll make a stop in the small resort town Avgustov (it’s about 1 hour from Bialystok to the north), very nice and cozy. It attracts with its unique nature. The clean air, lots of greenery, lakes and rivers is a paradise for lovers of leisurely vacation. See the center of the city – Sigmund Augustus Square with a monument to the King.

See the Augustow Canal, a monument of hydraulic engineering. It connects 7 lakes and 11 rivers, its length is 101 km, and 18 locks level out the differences in levels! The canal was opened in 1839 and is still in operation. Augustow shipping offers a ride on a pleasure boat, visit the pearl of the land of Augustow – Studzenichne. On the picturesque island is the sanctuary of the Virgin Mary. Next to it there is a spring that heals from illnesses. During his pilgrimage to the holy places, Pope John Paul II visited Studzenichne, as evidenced by the monument to the pontiff.

Fans of active leisure can rent kayaks, motor boats or jet skis and take a ride on the lakes or master water skiing. Bicyclists will be pleased with tracks of different level of complexity. You can have a rest with children at well-equipped sandy beaches. If a quiet rest bores you, come to Warsaw – the capital will give you a warm welcome!

When you first arrive in Warsaw, you cannot believe that it was almost totally destroyed in 1944. Looking at the Old Town, the Royal Castle, the square with the Column of Sigismund, you realize how much the Varsovians love their city, how proud they are of their compatriots. Friederic Chopin, for example, the most famous Varsovian. He lived here for the first 20 years. The composer’s heart is buried in Warsaw, in the Church of St. Cross, according to his wishes. Chopin’s name and Warsaw are inseparable, whether it be the salon in Krakow’s Suburb, the F. Chopin Museum or the monument in the Royal Lazienki (from May to September, there are open-air concerts there).

Warsaw-Okecie Airport is named after Chopin. This year is the composer’s birthday and 2010 has been declared Chopin Year in Poland. Welcome to the celebration!