Where to make a Christmas wish that it would certainly come true?

The most effective option! There is a chance to bypass all obstacles and tell about your wish directly to Santa Claus at his working residence in the village of Rovaniemi. The village is visited by more than 500,000 tourists every year. Most come from England, southern Europe, Germany, Asia and Russia. Through the village passes the geographical line of the Arctic Circle.

Many tourists come here make a very interesting ritual of crossing the Arctic Circle. Stand on the “south” side and jump together to the “north”, and then open the champagne and congratulate each other. You can also go dog-sledding, visit Christmas markets and take pictures against the northern lights! 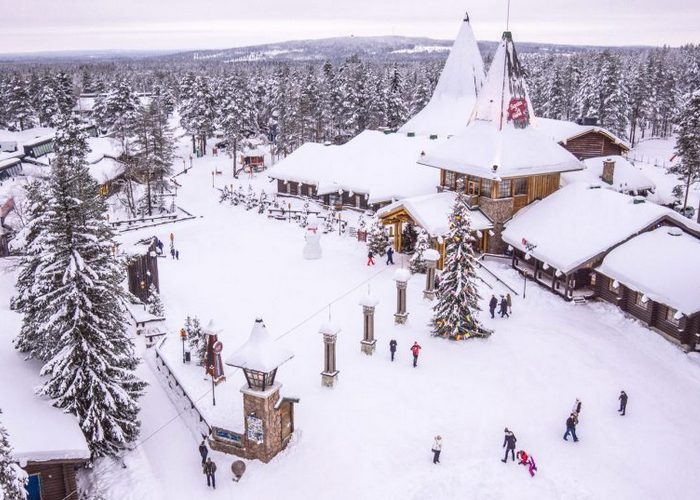 Making a wish while the famous Times Square Ball drops is a MUST HAVE for any self-respecting wish hunter! Every year on New Year’s Eve, the world-famous ceremony of the falling crystal ball takes place in Times Square, New York. Hundreds of thousands of spectators gather to watch the giant ball come down from the One Times Square building.

It’s believed that you have to make a wish before the ball comes down. Once the balloon falls at midnight, the crowd begins to celebrate. How not to believe in the efficacy of the method? You can also take a ride in a real carriage in the snow-covered Central Park, see the famous Christmas shows and even surf on Long Island! 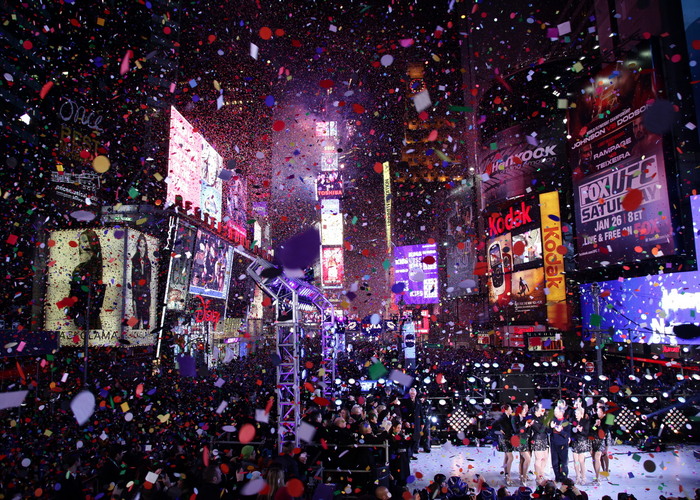 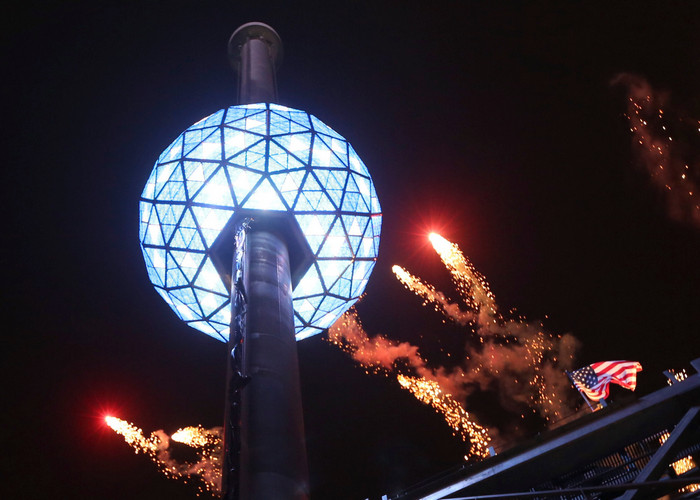 How about welcoming in the New Year on the other side of the world? Snow-white beaches of Cancun, mystical cenote Ik-Kul, pink lakes with flamingos, ancient ruins of Chichen Itza and mesmerizing Mayan dances. It’s all waiting for you in exotic Mexico on New Year’s Eve!

And if that’s not enough, Christmas Cuba will finally convince you that this is the best trip for New Year’s holidays! After all, it’s on the Armory Square in Old Havana that a huge sprawling seiba tree grows, to which day and night lines line up.

Folk legend says that if you go around the tree three times, repeating three wishes to yourself, they will come true. There are two conditions: you cannot make a bad wish or tell the meaning of the wish before or after the ceremony. So only good thoughts and mouth on the lock. 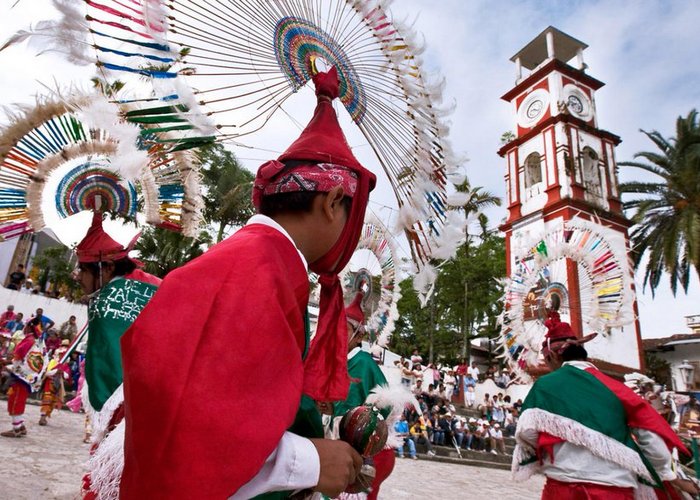 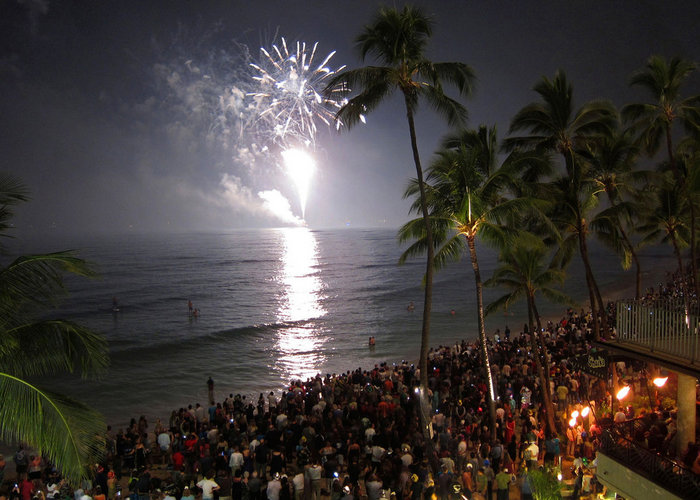 What can be better than to celebrate the New Year in nature, on the shores of Lake Teletskoye, in one of the protected areas of Russia! Altai by itself is one big Powerful place, which fulfills all your wishes. There reigns an unusually powerful energy of the primordial nature and boundless open spaces of the amazing and mysterious world. You will travel along the famous Chuisky Tract, one of the ten most beautiful roads in the world according to the National Geographic. 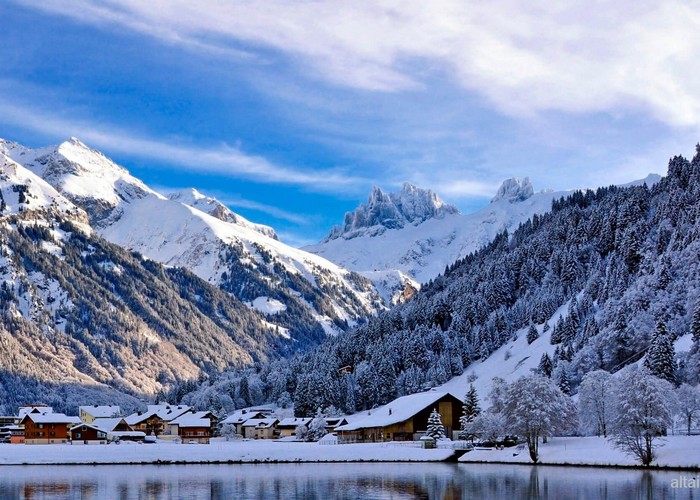 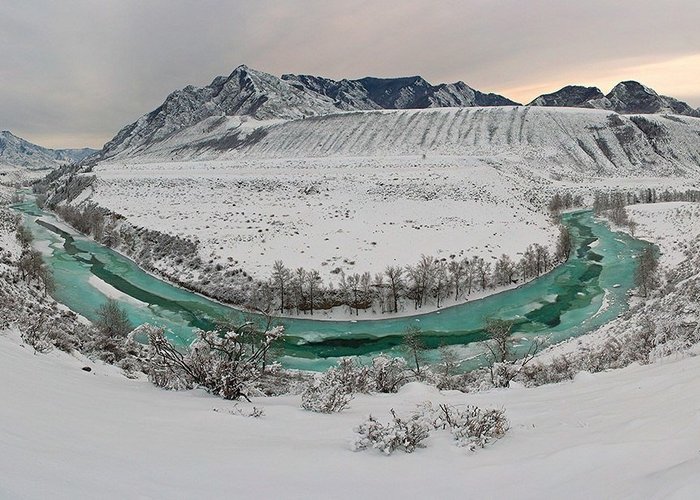 Do you want your wish to be heard by ancient mystical forces? Then you need to go to India and find the Mysterious Pillar of Delhi. Neither historians nor archaeologists have been able to determine when, how and by whom this strange structure was erected.

It is made of iron without any impurities, but for so many centuries it has not undergone the usual corrosion of this metal. In this connection, they attribute to the amazing pillar the ability to work miracles. What should be done? In a minute you should make your back to the pole and, joining fingers of hands, quickly make your most cherished wish.

Except for embracing with a pole get ready to meet the New Year in the Indian Venice with fireworks, music, dances, gifts and delicious treats, see the colorful capital, the city from the book “Shantaram”, thousands of temples of Hampi, the best beaches in Goa, visit the jungle, waterfalls and much more. 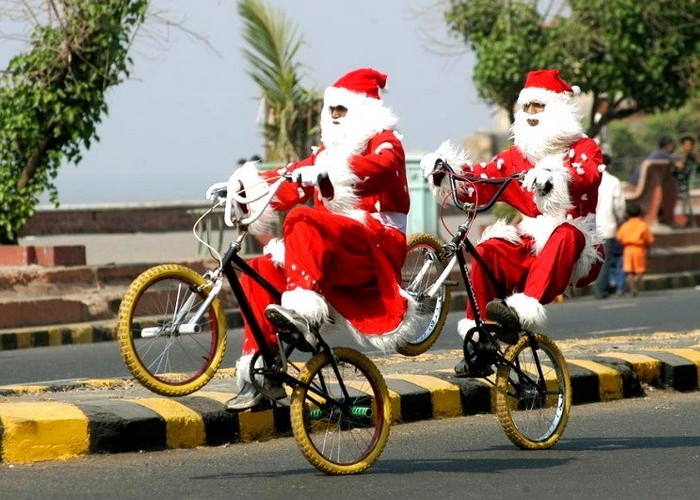 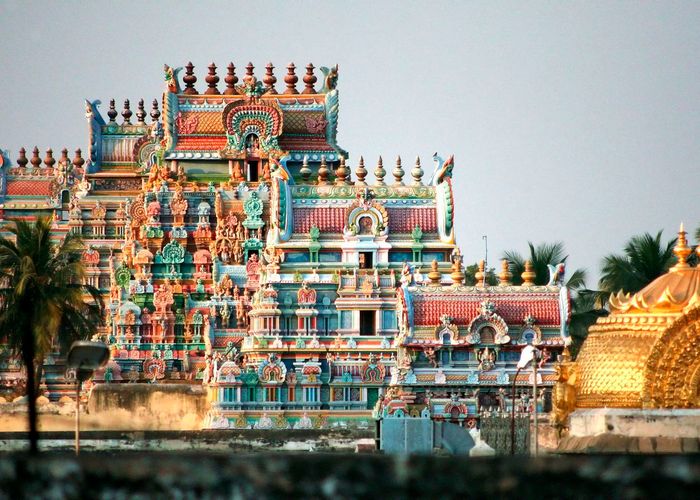 How to celebrate New Year and make a wish and stay warm at the same time? The answer is one – go to Africa and visit the Cape of Good Hope, which is located near Cape Town. The name of the cape speaks for itself. If you stand facing the sun, close your eyes tightly and wish for your dearest wish, the two oceans (Atlantic and Indian) meeting here will hear you.

READ
Sights to see in Turkey.

In addition to making wishes prepare to meet the New Year in a jeep tour of the five African countries:

You will also visit the site of the fall of the Hoba meteorite, the largest meteorite found on Earth’s surface. And at the end of the trip you will see the amazing Victoria Falls! 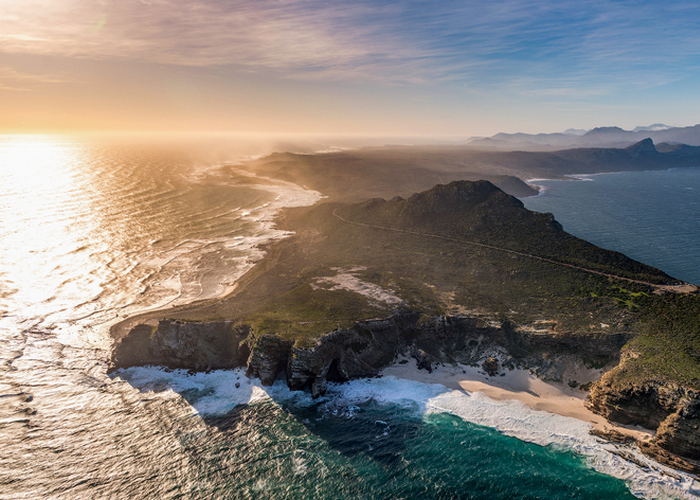 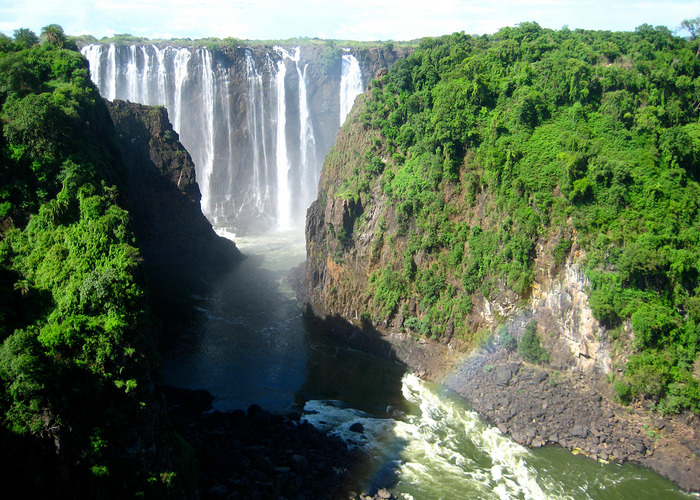 For over a thousand years the Madonna has been extending her little gilded ball-universe to people and granting their requests. To make a wish come true, you need to touch the ball and think about what you want most. According to legend, the figure of Our Lady (the Black Madonna) was once made by St. Luke. St. Peter later brought it to Spain to hide it from the Saracens, after which it got lost in the mountains for several centuries.

But one day some teenage shepherds were returning home and saw a bright light coming from a crevice in the rocks. Following that, they heard wonderful music pouring from there. The boys brought their parents to the place and it happened again. It went on like that for days on end. The villagers and the village priest came to the place of the miraculous glow, but they dared not come closer.

At last the word reached the bishop of Manresa. He visited the place of the magical glow and dared to enter the cave. The others followed him. There they discovered the statue of the Holy Madonna, from which the glow was emanating. They wanted to take the statue to Manresa and install it in the temple. But it did not work – the lower the shepherds descended the mountain, the heavier the small wooden statue became. When the Catalans were no longer able to lift their burden, they realized that the Black Madonna was giving them a sign to leave it in the mountains. So they did. The magical statue is located in the Montserrat mountain range and can be visited during author tours in Spain. 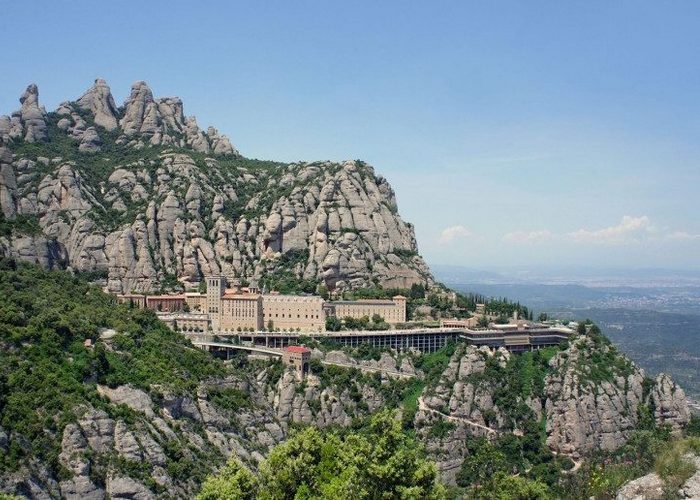 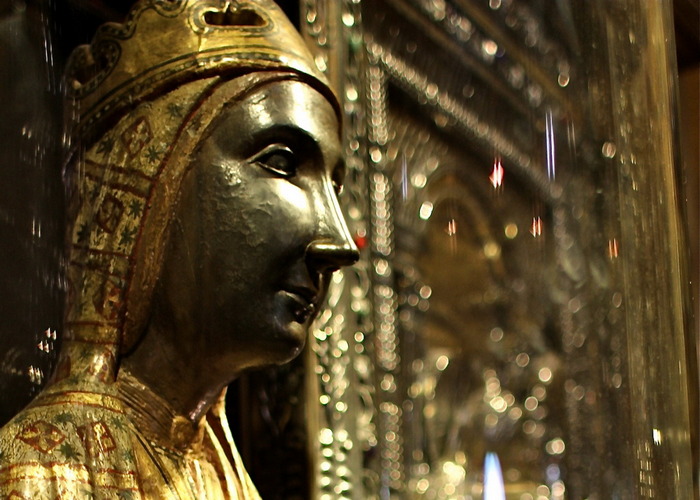 Look for it in Greenwich Park. The zero meridian is unusually important, as it is considered the beginning of the geographical longitude. Of course, a variety of mystical properties are attributed to this place. According to one legend the Greenwich meridian helps people to start life from scratch if they stand on its mark. And, of course, the meridian is one of the popular places to make wishes! In order for a dream to come true, you have to stand so that one foot is on the western part of the meridian and the other on the eastern part of the meridian. 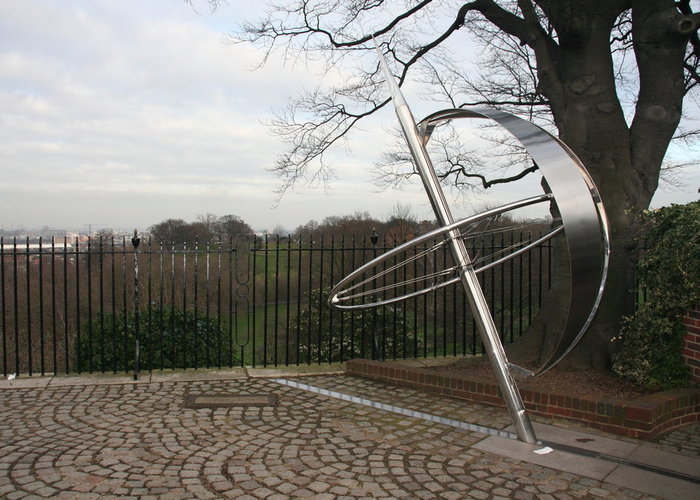 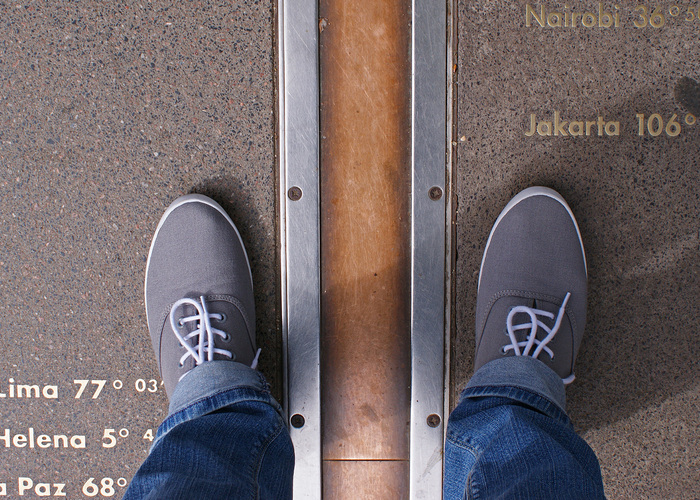 Perhaps the Wailing Wall (Ha-Kotel ha-Ma’arvi) is one of the most popular places to make wishes. Jerusalem is revered as a shrine to three of the world’s most popular religions, so pilgrims come here from all over the world. Legend has it that the Almighty will fulfill your prayer if you hide a sheet with a wish among the stones of the Wailing Wall.

However, there are certain rules, according to which not all wishes will be heard. For example, if you ask God for a wronged person to forgive you, it will not work. It is believed that you should ask for forgiveness personally from the person whose feelings have been hurt. 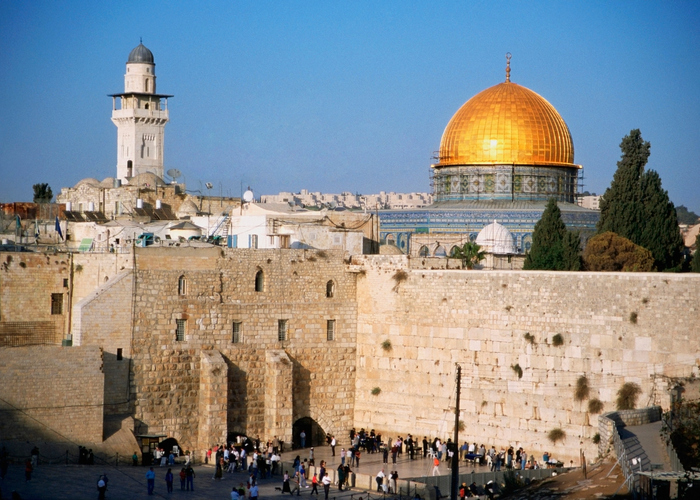 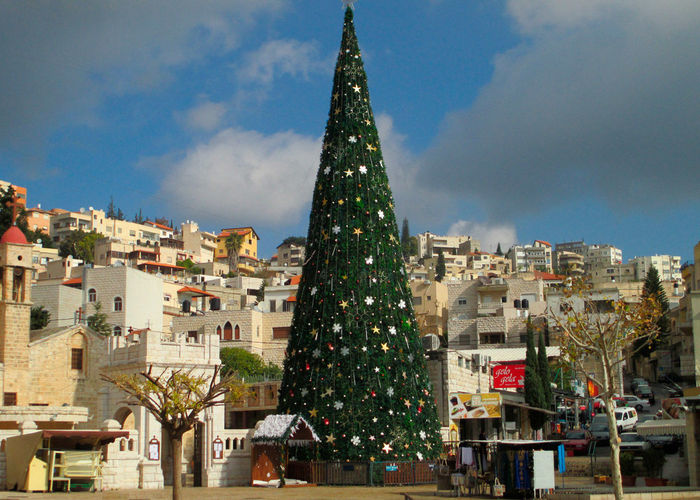 Charles Bridge is a true architectural masterpiece built during the Middle Ages that is worth a visit on any tour to the Czech Republic. From the gigantic bridge (520 meters long) offers a magnificent view of Prague. On the bridge there are dozens of figurines of religious character with the faces of saints. To make a wish, one must find the figure of St. John of Nepomuk (who, according to legend, was thrown from the bridge into the river). Under the figure is a gilded cross. Put one hand on the cross and the other touch the saint and make a wish.