Argentina, one of the wonders of the world: the Perito Moreno Glacier

The National Park of Los Glaciares , home to the majestic Perito Moreno Glacier, covers about 600,000 hectares in the southwestern part of the Argentine province of Santa Cruz. The park was formed in 1937, in 1971 it acquired its present borders, and in 1981 Los Glaciares was declared a World Heritage Site by UNESCO. The park got its name (los glaciares means “glaciers”) from the 47 main and numerous small glaciers located in the mountains on its territory.

The most convenient base for exploring the southern part of Los Glaciares National Park (where the Perito Moreno Glacier is located) is the small Argentine town of El Calafate, where you can get to the glacier either by renting a car, taking a regular bus or taking an organized tour. I, for example, preferred the third option.

Excursion from El Calafate to Los Glaciares National Park: costs 300 pesos per person – at 9:00 they pick you up from your hotel, drive you all day in a minibus with a guide, and about 16:00 back. If you go to the glacier on your own without a rental car, the regular bus tickets from El Calafate to Perito Moreno and back will cost the same 300 pesos, plus you still have to somehow navigate between the different viewpoints and the port where the boats go to the glacier. In short, I personally decided not to show off and bought the tour – it was interesting, comfortable and cheap. The entrance fee to Los Glaciares costs 215 pesos, and the ticket to the boat to the foot of the glacier – another 180 pesos. 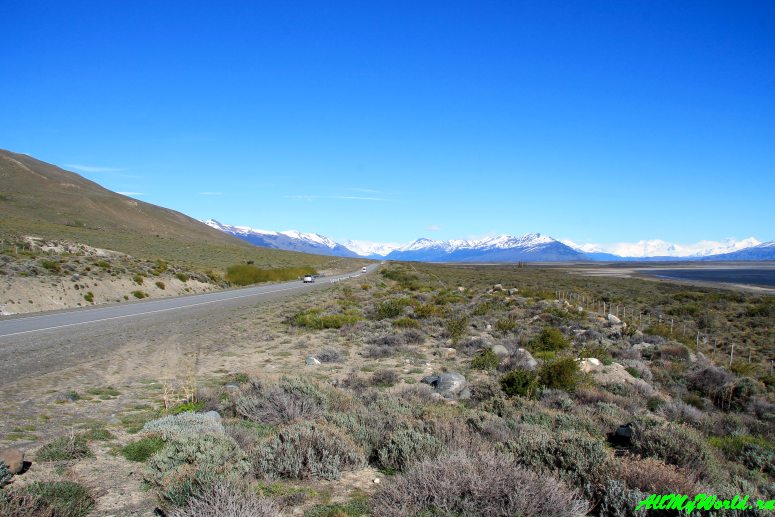 Road from El Calafate to the Perito Moreno Glacier

The first stop of the tour bus was at the observation deck, which offers a panoramic view of not only the glacier itself, but also the surrounding Andes from afar:

READ
Vienna, the capital of Austria - one of the most important cities in Europe 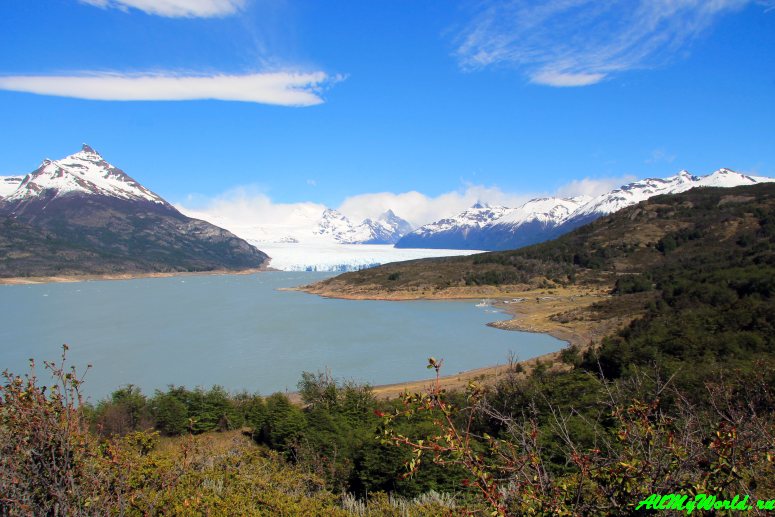 The glacier, named after the Argentine natural scientist Francisco Moreno, has a total area of about 250 km² and is part of a huge glacier system that includes Upsala, Spegazzini, Onelli, Agassiz and other glaciers. 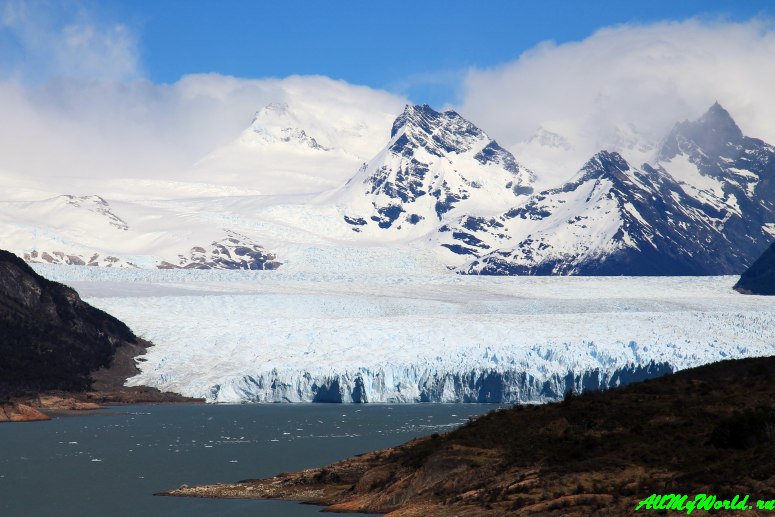 Moreover, the Perito Moreno glacier is not the most beautiful of them – it is simply the most easily accessible to tourists. 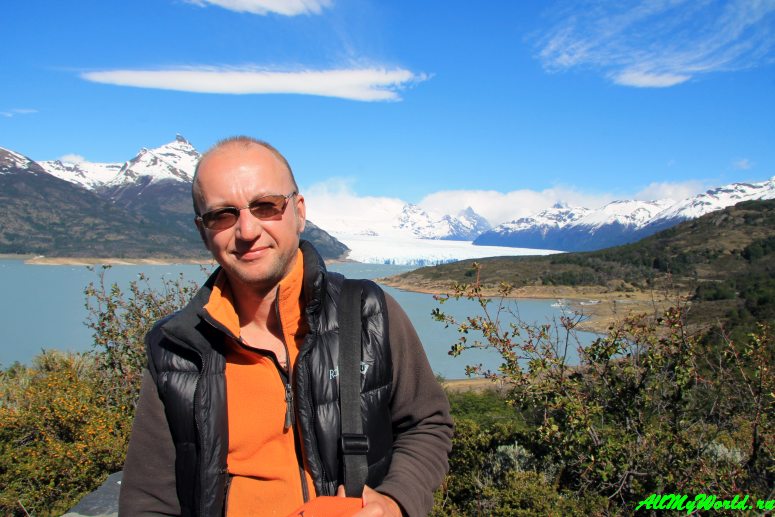 After the first stop at the observation deck, we were taken to the port, from where those who wished to go on a small boat sailed directly to the glacier: 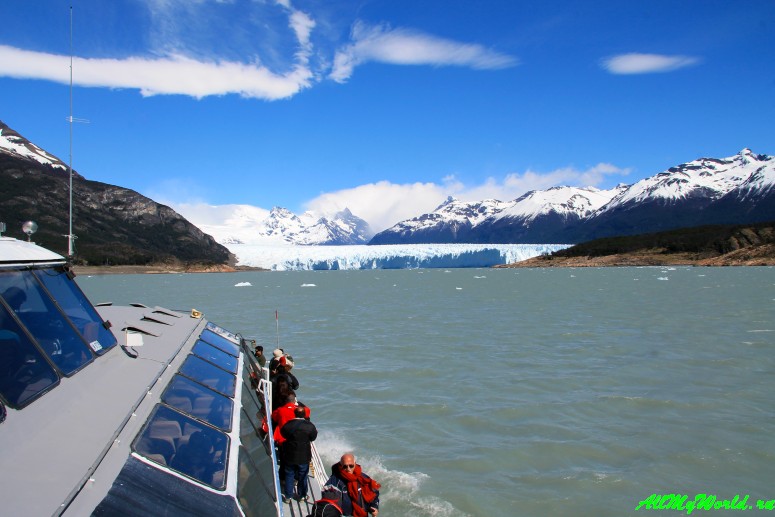 I highly recommend taking advantage of this option – it is up close that the Perito Moreno Glacier makes the strongest impression: 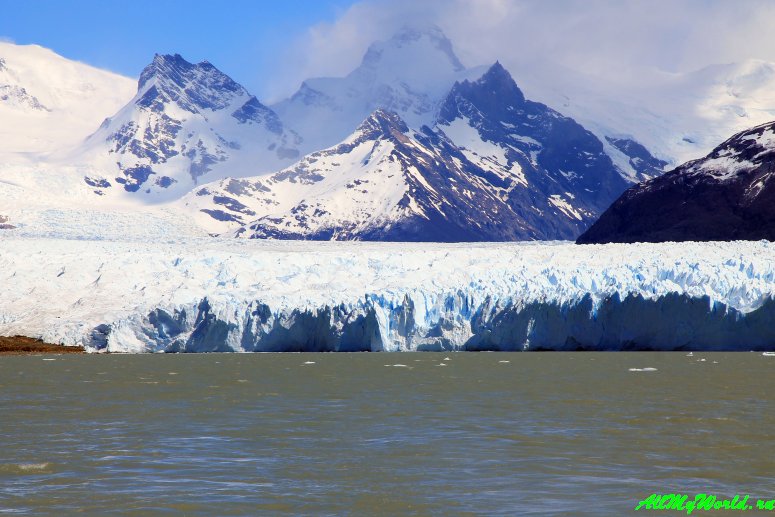 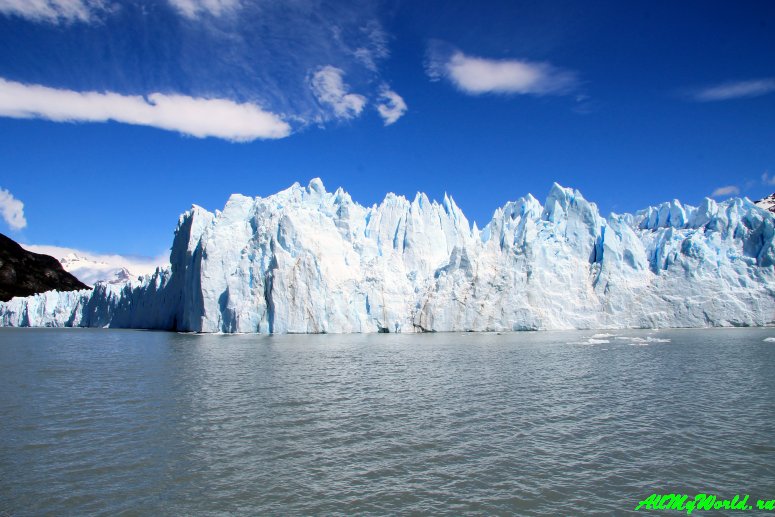 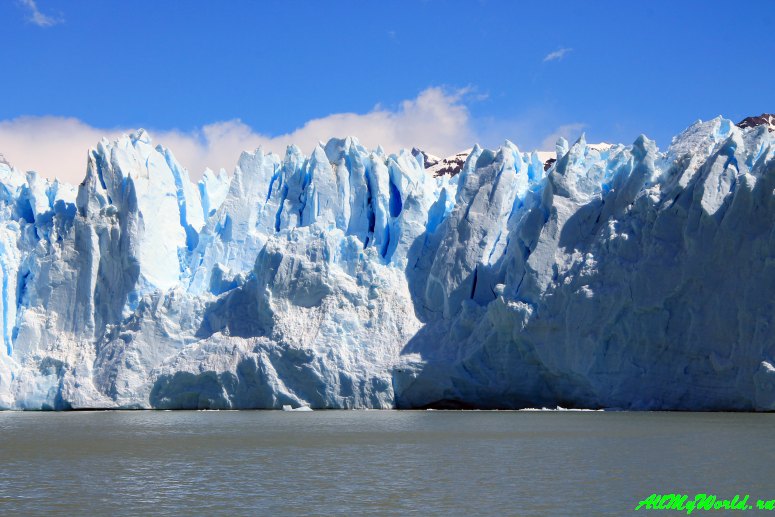 Against a wall of ice up to 60 meters high, the recreational tourist boats seemed quite toy-like.

From time to time blocks of ice would fall off the front wall, much to the delight of tourists and the dismay of environmentalists. Speaking of environmentalists. They still cannot explain the so-called “Perito-Moreno phenomenon”: in the era of global warming, when the ice in Antarctica, the Arctic and Greenland is melting, the growth and melting of the Perito-Moreno glacier remain remarkably balanced. In other words, the glacier is neither growing nor shrinking – it remains as it has been for the past few tens of thousands of years.

After the water walk, they loaded us back into the minibus and took us to the observation deck, from which we could see the glacier at its most advantageous angle: 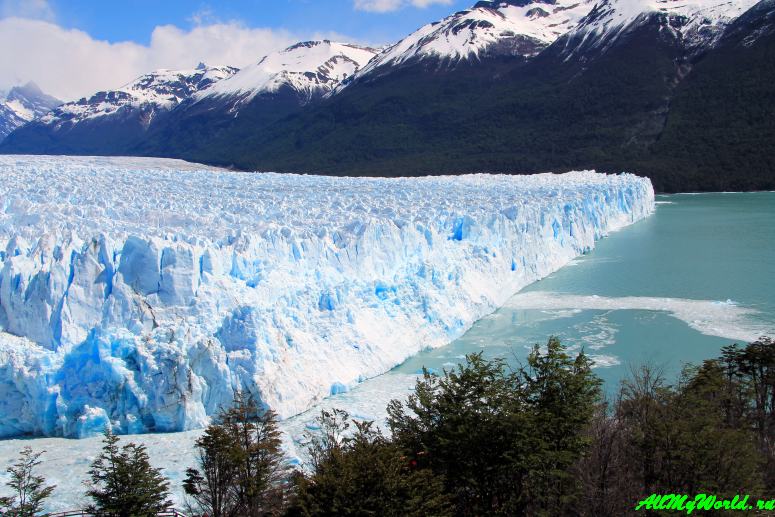 This observation deck is located on top of a hill at the southwestern end of the Magellan Peninsula. It has a café, toilets and several walking routes marked in different colors – yellow, red, etc. – From each of which offers a unique view of the glacier – in this place are given two hours of free time.

READ
Excursions to the Seychelles. The most beautiful islands 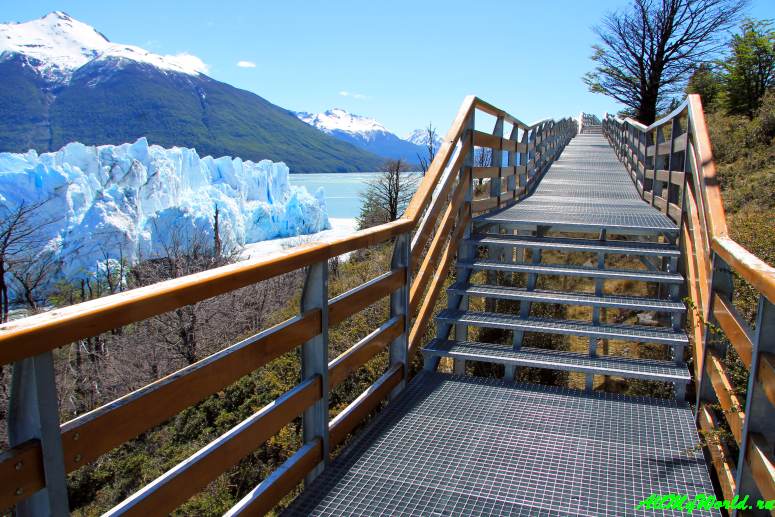 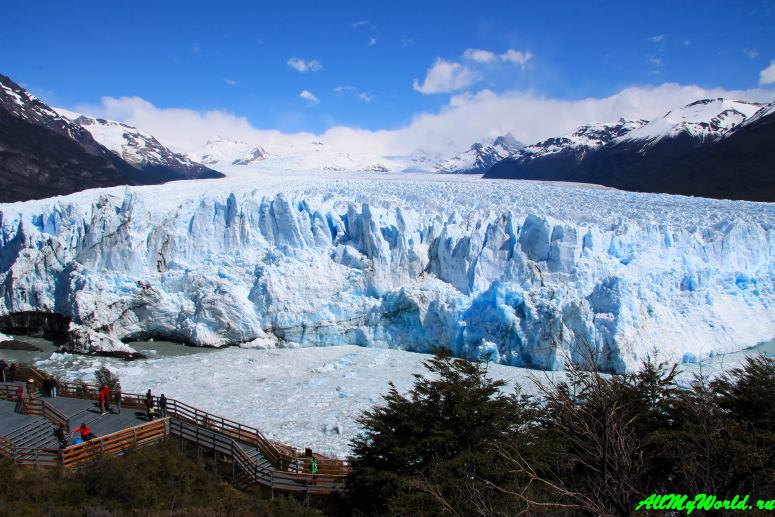 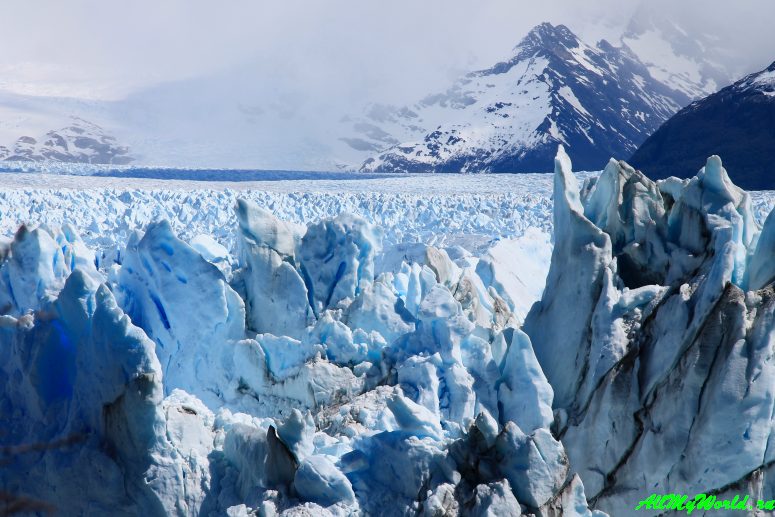 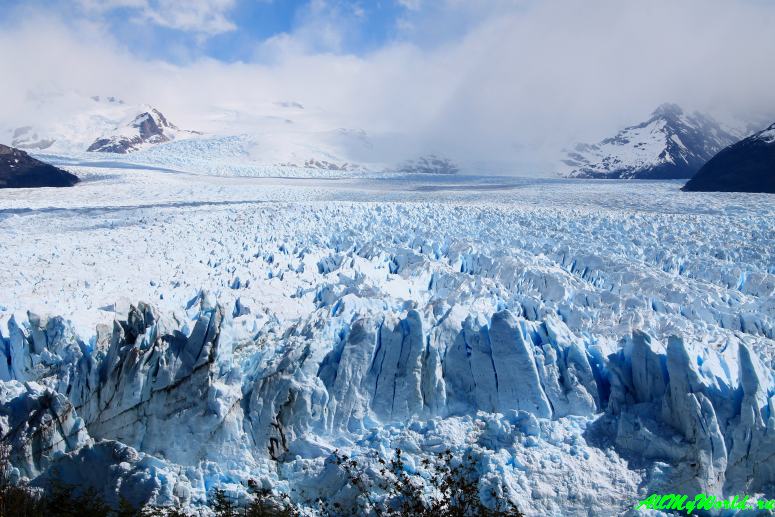 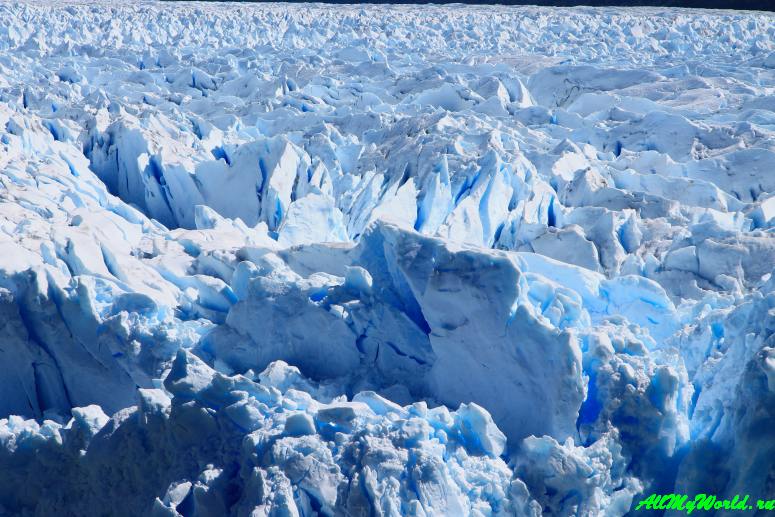 It is known that the older the glacier, the more intense is its color – up to bright blue: 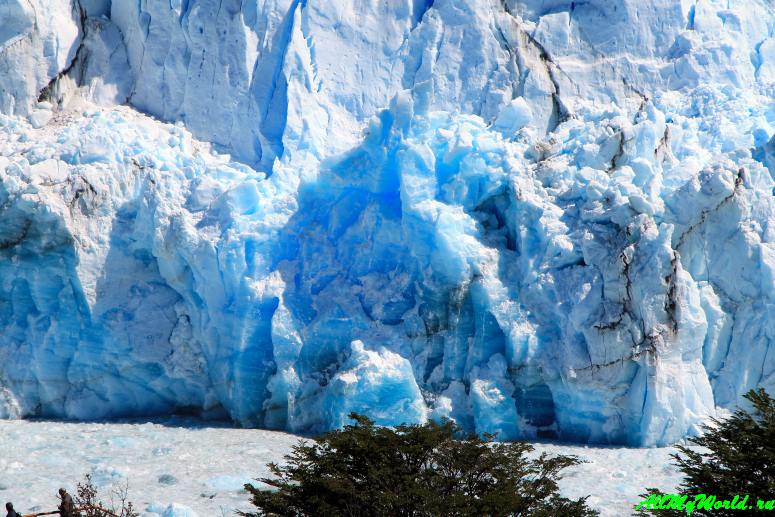 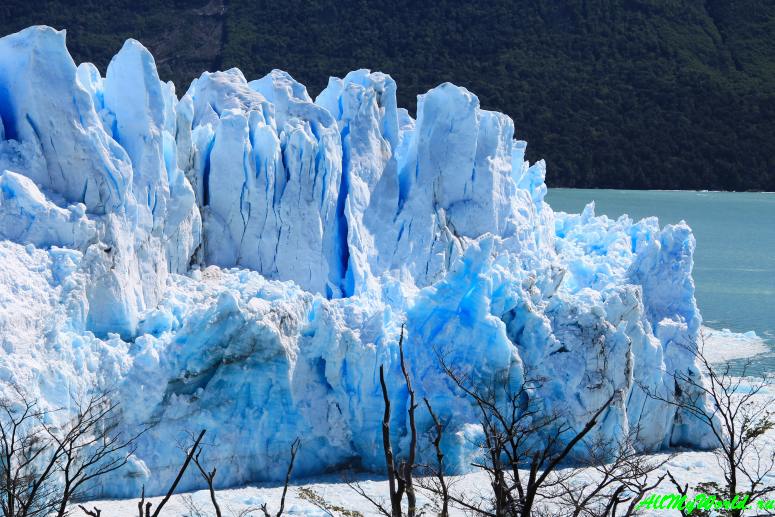 The Perito Moreno Glacier is about 30,000 years old. It is part of the Andean South Patagonian Ice Plateau, the third largest freshwater reservoir on the planet after Antarctica and Greenland.

During the tour, the guide tells a lot of interesting information about the glacier (although only in Spanish and English). For example, that the glacier moves at an average speed of 2 meters a day and, reaching the opposite shore, it periodically forms a natural dam and blocks the lake. Due to the lack of runoff, the difference in elevation between the southern and main parts of the lake is up to 30 meters! By exerting constant, powerful pressure on the ice dam, the water eventually causes it to collapse – when this happens, a rumble can be heard for many kilometers. 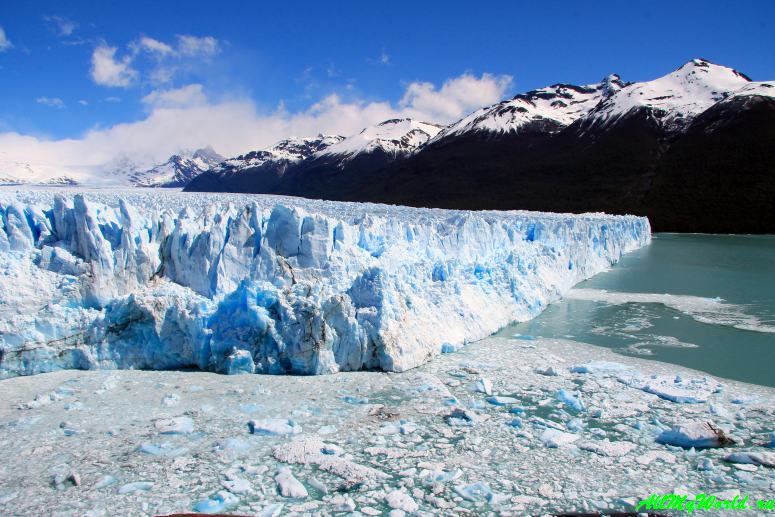 Unfortunately, it is impossible to predict exactly when an ice dam will break and when it will collapse: it happens with varying frequency, from once a year to once every 10-15 years. The first scientifically recorded breakthrough of an ice dam occurred in 1917, and since then such events have occurred more than 20 times.

Of all the sights I have seen in Argentina, the two that made the greatest impression were the Perito Moreno Glacier and the stunning Iguazu Falls on the border of Argentina and Brazil. At least once in your life, but these two wonders of nature must be seen. If we try to make our own rating of the beauties of our planet, I think Perito Moreno deserves the highest rating on the most rigorous scale. 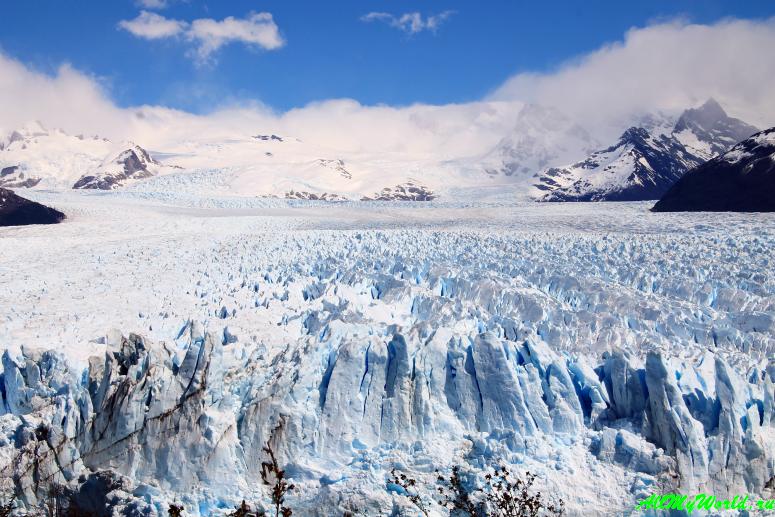 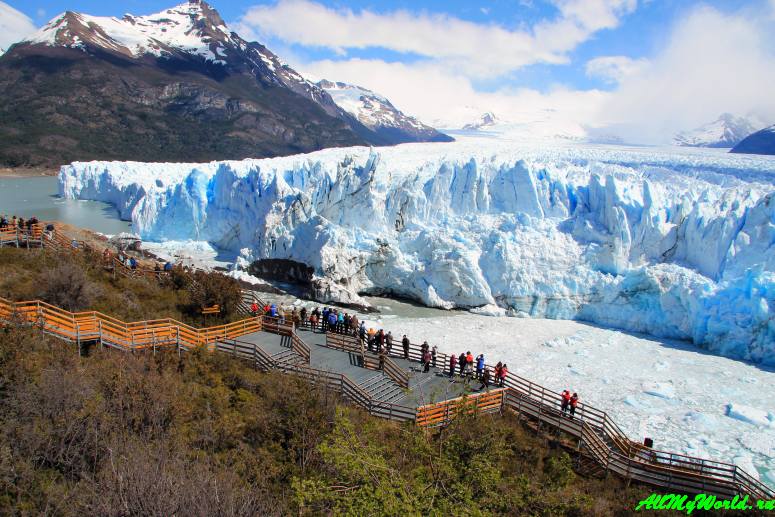 The City of El Calafate

In the evening after the tour I took a little walk around El Calafate – a nice little town that lives mostly off tourism, all life in it is centered on the central street of San Martin. 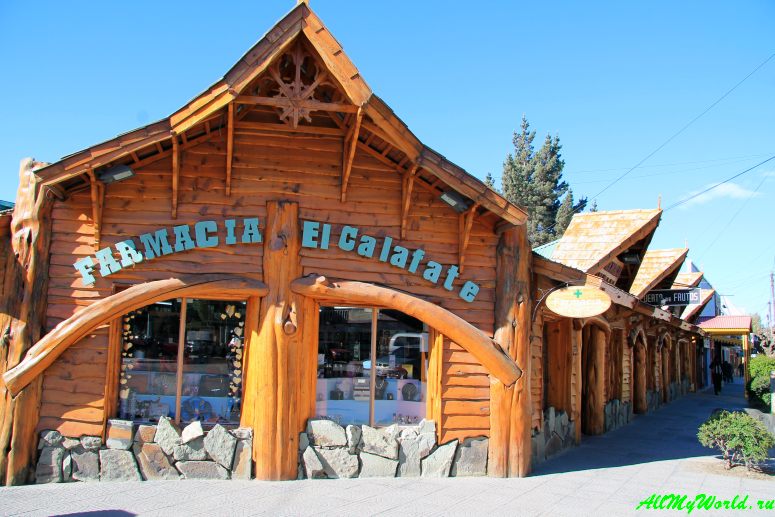 It turned out that in El Calafate you don’t often see street names, which makes it a bit difficult to navigate. But in this situation, the famous Patagonian wind comes to the rescue: since the Andes are to the west of El Calafate, and the vast prairies are to the east, logic suggests that the wind there blows from east to west. That is, if you are walking down the street and it blows in your face, you are going east; if it blows in your back, you are going west. I do not pretend to “science” of my hypothesis – but I checked it by experience – it works

The most impressive thing in El Calafate for me was the local parillas (that’s what they call restaurants in Argentina, specializing in charcoal-grilled or open-fire meat): 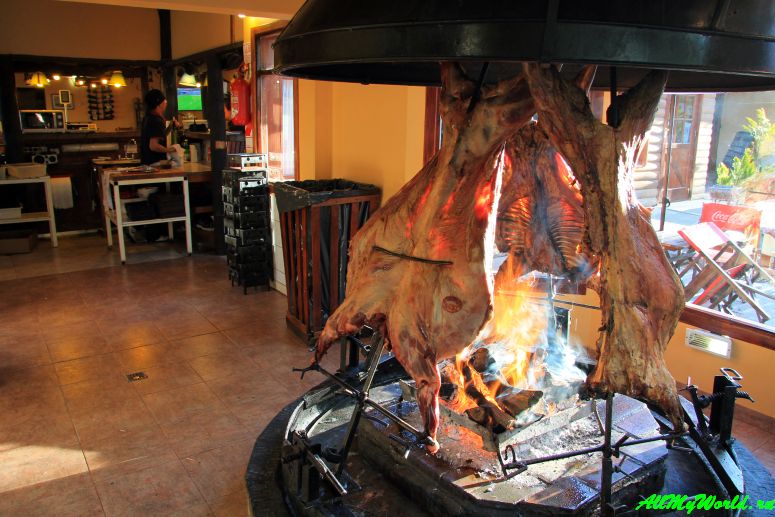 How to get from the city to El Calafate airport: shuttle company Vez Patagonia, they do not have an office, you have to order by phone 494355 from the hotel, price 100 arg. pesos. The second option is a cab, 200 pesos.

You must pay the airport tax (76 pesos) at the airport before departure. The fee must be paid regardless of whether you have an international or domestic flight.

Lifehacks: how I save money on insurance, hotels, and domestic travel

How to buy good and inexpensive travel insurance:

Good working insurance wasn’t easy to find before, and now it’s even harder because of the constant fluctuations in the ruble’s exchange rate against world currencies. For the last few years I have been taking out travel insurance through an online service Cherehapa – there is an opportunity to compare products from different insurers and choose exactly what suits you best:

I also recommend reading a detailed article on choosing the right travel insurance – it may well save you from unnecessary overpayments and more serious trouble.

Booking a hotel – how to get the most and pay the least:

In addition to the well-known Booking.com service, there are new interesting online resources, which make the life of a traveler much easier and pleasantly save the thickness of his wallet. One of them, Hotellook, is one that I use regularly myself and recommend to all my friends and acquaintances. This service compares prices for an object in all available booking systems and offers you the most interesting options. In addition, it tracks discounts and specials.

Hotels in El Calafate with discounts from Hotellook:

How not to go broke on domestic travel around the country:

For those who need to get from point A to point B inexpensively and comfortably, I can recommend an interesting young startup called Bookaway.com – it allows travelers to find, compare, and book bus, train, ferry, and cab tickets online:

Have an unforgettable trip to Argentina! Your Roman Mironenko