Pennsylvania lies within three physiographic regions of the United States-the Appalachian mountain system, the Inland Plains, and the Atlantic lowlands. There are several major provinces within the state: the Coastal Plain, the Piedmont Plateau, the Ranges and Valleys, the Alleghany Plateau, and the Great Lakes Lowlands.

To the west, separated from the coastal plain by a scarp known as the “Fall Line” (or “Falls Line”), rises the eastern part of the Piedmont Plateau: the Piedmont Highlands. It is a hilly (up to 150 meters above sea level) plain, the easternmost province of Appalachia in Pennsylvania. Further northwest, the topography gradually lowers into the Piedmont Lowlands. In the south of eastern Pennsylvania are the northern spurs of the Blue Ridge Mountain Range, known as the South Mountain (up to 600 meters high). From the northeast to south-central Pennsylvania, beyond the Great Appalachian Valley, curves the long, narrow valleys and parallel mountain ranges of the Ridge and Valley region (“Ridges and Valleys”). It includes the Bold Eagle, Blue Mountains, Nittany, Tuscarora, Tassie, and others, which rise to a height of 850 meters and are no more than 300 meters above the valleys separating them. Almost all of northern and western Pennsylvania is occupied by the Alleghany Plateau (Alleheny or Allegheny), part of the Appalachian Plateau. In central and southern Pennsylvania it is separated from the province of Ridge and Valley by the Allegheny Front scarp, which reaches 900 meters above sea level. The Allegheny Plateau is a hilly plateau, rugged with numerous river valleys, which extends north into New York, south into Maryland and West Virginia, and west into Ohio. Several areas are distinguished on the Alleghany Plateau, including the Pocono Mountains in the northeast of the state (up to 675 meters high) and the Alleghany Mountains in the southwest. It is in the Alleghany Mountains that Pennsylvania’s highest point is Mount Davis (979 meters above sea level).

In the northwest of the state, from the high slope of the Alleghany Plateau, the terrain drops in a series of escarpments to the shore of Lake Erie. A narrow plain, the Great Lakes Lowland, which is part of the Inner Plains, runs along the coast. The Pennsylvania coastline along Lake Erie is 82 kilometers long.

The largest river flowing through the state of Pennsylvania is the Ohio. This most full-flowing tributary of the great Mississippi River is formed near Pittsburgh by the confluence of the Allegheny and Monongahela Rivers, the total length of the Ohio River is 1,579 km. The Susquehanna River, which flows through Pennsylvania from the north, from New York State, south to Maryland, is the longest river on the East Coast of the United States (its total length is 715 km). Most of the Allegheny River flows through Pennsylvania (467 km out of its total length of 523 km). The Delaware River (484 km long, and with its tributaries – about 650 km) forms the border between Pennsylvania and New York in the northeast of the state, as well as the border with New Jersey in the east.

The longest river flowing entirely within Pennsylvania is the West Branch Susquehanna River (the “West Branch of the Susquehanna River”), which has its head in the Alleghany Mountains and is 391 km long. Other major rivers of the state – the Genesee River flowing from northern Pennsylvania to Lake Ontario (253 km), the largest tributary of the Delaware River – the Sculkill River (217 km), forming with the Allegheny the Ohio River Monongahila River (210 km).

The largest of Pennsylvania’s lakes is the Erie. It is the fourth largest of the Great Lakes, which also washes the shores of New York, Ohio, Michigan and the Canadian province of Ontario. Other large reservoirs of Pennsylvania are also partially located in the neighboring states: the artificial lake Pimatuning on the Shenango River (in Pennsylvania and Ohio, its length is about 27 km, width – up to 2.6 km, depth – up to 11 meters, and area – 69 km 2 ) and reservoir on the Allegheny River, known as Kinzua Lake (in Pennsylvania and New York, length 39 km and area – 85.7).

The largest reservoir located entirely within the state is Raystown Reservoir, which is 45 km long, up to 61 m deep, and 33.6 km2 in area.

Pennsylvania is characterized by a humid climate, continental in the north of the state and subtropical in the southern counties. Summers are hot and humid, and winters, while fairly mild near the ocean coast, become harsher and snowier as one moves inland.

In the southeast, in Philadelphia, summers are generally hot, autumns and springs mild, and winters moderately cold. January’s average temperature ranges from -3°C to 5°C for the coldest month, and July’s hottest month, from 21°C to 31°C. Precipitation is common throughout the year and snow tends to melt quickly in winter, though heavy snowstorms occur once every few years. In the state capital, Harrisburg, which is located in central Pennsylvania, average temperatures range from -4°C to 5°C in January and 20°C to 31°C in July. To the west, in Pittsburgh, winter is relatively cold (average January temperature is -6°C to 2°C) and snowy; spring and fall are pronounced but mild; and summer is warm (average July temperature is 17°C to 28°C). In the city of Lake Erie, located on the coast of the same name, the huge water surface of the Great Lakes has a strong influence on the weather. In winter there is often heavy snowfall (it is one of the “snowiest” cities in the U.S.), and the average temperature in January is usually -6°C to 2°C. In summer, the lake somewhat mitigates the heat, with average temperatures in July ranging from 18°C to 27°C.

Much of Pennsylvania is forested, with beech, maple, birch, pine, and ash trees predominating in the north and oak, hickory, poplar, walnut, and elm trees predominating in the south. The wildlife is also very rich, with many species of animals living in Pennsylvania’s forests, including black bears, white-tailed deer, bobcats, coyotes, foxes, squirrels, raccoons, beavers, river otters, marmots, skunks, opossums, muskrats and others.

Pennsylvania is a northeastern state located in the United States. It was one of the original 13 colonies. There are 12,802,503 people living in Pennsylvania and the environment is diverse. Pennsylvania is known for its many hills, plateaus, mountains, and valleys. In fact, Pennsylvania is 50 percent forested, and the only lowlands are in the southeast. 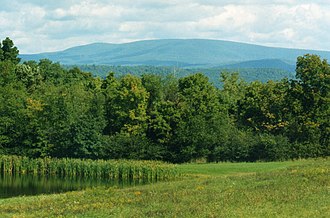 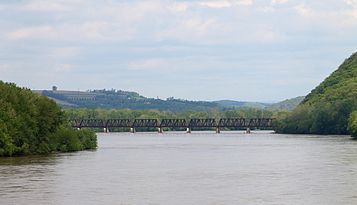 Pennsylvania also has more significant waterways than any other state in the United States. In fact, Pennsylvania has over 83,000 miles of rivers, streams and creeks. The major waterways are the Delaware River, the Allegheny River, the Ohio River, the Monongahela River, and the Susquehanna River. Each Pennsylvania river is divided into five categories by Pennsylvania’s scenic rivers . Classified as wild, scenic, pastoral, recreational, or modified recreational. Any river can have more than one classification, but they all have at least one. For a complete list of rivers, go to the Pennsylvania River List .

Pennsylvania also has a huge number of landfills. There are a total of 45 municipal landfills, 3 construction/demolition landfills, 4 residual waste landfills, and 6 incinerators in Pennsylvania. Below is a table of the 45 municipal landfills and their daily volume of trash entering the landfills. These landfills contain not only Pennsylvania citizens’ trash, but also trash from other states. Pennsylvania is one of the major states that imports waste. Most of Pennsylvania’s waste comes from neighboring states such as New Jersey and New York. In fact, Pennsylvania imports 34.5 tons of trash per person than any other U.S. state except Nevada in 2016. Nevertheless, this process of importing trash is very lucrative for Pennsylvania counties because it opens up labor market opportunities and helps the municipality increase profits. budgets through fees paid by these exporting states. For example, Throop, Pennsylvania’s budget is $6 million, which is $4 million the host state receives from importing another state’s waste.

READ
The 10 most beautiful cities and towns in Iceland

One way to reduce the amount of waste sent to landfills in Pennsylvania is through a recycling campaign. Recycling across the state began with the passage of the Municipal Recycling and Waste Reduction Planning Act, also known as Act 101 in July 1988. Act 101 had four main goals at the time:

These plans were planned to be implemented in several phases in each municipality in the coming years. The County’s responsibility was to manage the municipalities’ recycling efforts. As part of the municipal management effort, the county was to have a solid waste plan in place by March 1991, to be reviewed every 3 years, and to submit annual reports to the state based on each municipality’s recycling efforts. These annual reports would then be combined to create a statewide report on recycling efforts and the benefits derived therefrom. This legislation was funded by the Recycling Fund, which set a fee of $2 per ton of all waste going to landfills, known as a recycling fee. In addition to the Recycling Fund, they also received other grants, such as Household Hazardous Waste Collection and Disposal Grants, Host Municipality Inspector Grants, and Independent Review of Permit Applications Grants.

Act 101 is, in fact, still in effect today for all municipalities and has only been revised twice to help strengthen and expand the program. The most recent change to Act 101 occurred in May 2010, which is the extension of the $2 per ton recycling fee until 2020. to communities under Act 101. Act 140 also established requirements for municipalities such as:

READ
Galapagos Islands, Ecuador: what to do on the islands?

The results of these actions include:

Pennsylvania’s beautiful scenery can be seen through its many national parks. In fact, there are 19 national parks in Pennsylvania. However, there are 9 other park areas in Pennsylvania that are either owned or operated by the National Park Service . This allows for several different ways to generate income in Pennsylvania’s parks, which are visited by 9,935,361 people each year. These visitors create a total economic benefit of $453,100,000 from tourism at these sites. This economic benefit can be the result of admission tickets, food and souvenir purchases. Below is a table of Pennsylvania’s 19 national parks and their annual operating costs and personal expenses from fiscal year 2017. These operating expenses are what is subtracted from the parks’ revenues to determine each park’s total profit. These operating expenses include things like park maintenance and park employee salaries. Annual personal expenses are park entrance fees. In addition, the table includes annual park visits to show the number of visitors who visited during 2014. To begin to see, part of the revenue of these parks is admission ticket revenue. To find this portion of income, multiply annual attendance and annual personal expenses. This will result in only a fraction of the annual income that these parks produce.