Indonesia is nestled on an amazing group of archipelagos. Some islands are completely uninhabited, while others, on the contrary, are perfectly equipped for recreation. Indonesia – the perfect water surface, clean beaches, heavenly palm trees and an excellent level of service for foreign visitors. It seems that every resident contributes to the Indonesian tourism industry, so the islands have a really sunny and friendly atmosphere. If sea, sun and sand is what you have been looking for, then we are ready to offer our rating of the best beaches in Indonesia.

Derawan Beach is located in a truly paradisiacal climate of East Kalimantan with great biodiversity. Derawan Island is especially popular because of the underwater beauty around. The depth to which you can look by the beach without the need of any equipment is about 20 meters.

Nusa Dua Beach is the resort most often referred to as “the best”. It includes not only the beach itself, but also a complex of elite buildings: hotels, restaurants, shopping centers, spas and golf courses. The air is literally permeated with an atmosphere of luxury and first-class service in all areas. Accordingly, and the beach area is the ideal, the best area for recreation.

Pink Beach is one of the few “pink” Tangsi beaches in the world, which is located in the southeastern part of the Indonesian island of Lombok. This part of the coast is still untouched by mass tourism. That is because of the remoteness of Pink Beach and not very convenient access roads. While it is a holiday destination with unique beauty and crystal clear calm waters.

Sanur Beach is the beach that can be called the best beach in Bali for holidays with children. Located in the eastern part of Bali, the resort area is considered a quieter place to relax than the other beaches in Indonesia. It is a good alternative for those who prefer a quiet relaxing time, and instead of the picturesque sunset they choose the perfect sunrise.

Gili Meno Beach is a beautiful beach on the island of the same name and one of the best beaches on the coral islands of Gili Trawangan. It is located on the eastern edge of the island of Gili Meno, which is famous for its most developed infrastructure. It is a true paradise for those who love the solitude of nature and dreams to enjoy the comfort of a romantic atmosphere away from the noisy crowds. This is why Gili Meno is famous as one of the best beaches near Lombok for lovers and honeymooners.

Sawarna Beach is a fabulous beach with huge cliffs, 3-story waves and fantastic nature. It is famous for its clean air, quiet and peaceful atmosphere, ideal conditions for diving and surfing. People looking for peace and quiet come here.

Kuta Beach is known as Bali’s most popular beach resort. In the middle of last century it was a quiet fishing village. Now the tourist area attracts tourists to the excellent conditions for surfing. Kuta is famous for its long sandy beach, a lot of options for accommodation, service, giving the opportunity to have a great time during the day, and after sunset.

Suluban Beach is one of the most unique beaches in southern Bali and is located near the village of Pekatu. Its name translates as “to bow” and refers to the necessity of accessing it through the narrow holes in the surrounding majestic cliffs that conceal this little paradise. Suluban is also often referred to as ‘Blue Spot’ because of the incredible beauty of its waters and its popularity with surfers, from whom it gets its name.

Ngurtafur Beach in the southeast of the island of Warbal in Maluku province is known for its incredible natural beauty. It is unique in that the white sandy beach has the appearance of a spit that stretches from the island of Warbal into the sea for two kilometers and is seven meters wide, giving the feeling of a tiny uninhabited island.

It is located in the southern part of Komodo, the largest of the three islands washed by the Flores Sea and belonging to the Komodo National Park. It was named after the giant lizards that have inhabited the island since the Jurassic period. In 1991, the park was listed as a World Heritage Site by UNESCO.

Tanjung Aan Beach is a snow-white beach with bright blue waters, dense forests and high mountains. It is ideal for swimming, sunbathing, diving and surfing. There are plenty of bars, cafes, and restaurants to choose from.

Located in the southern part of Bali on the Bukit Peninsula, it is one of the best beaches of the Uluwatu region. In 2016, it was ranked as the second best beach in Indonesia by the popular travel site Tripadvisor.

Kelingking Beach is a tiny beach located between two mountain ranges. To soak in its waters, you have to descend from a high mountain in the heat, bad roads, and sharp cliffs. But the result is worth any effort. At the end of the ride, you’ll find a magical beach with bright blue water, a rock wall, dense forests, and perfect sand.

Located in the southern part of West Java on a picturesque peninsula connected to the mainland by a narrow isthmus. It is part of the Panandjung National Nature Reserve and is rightfully considered the pride of Indonesians and one of the best resorts on the island. Adjacent to the beach is the small town of Pangandaran, which used to be an ordinary fishing village. Now it is a nice resort town with modern hotels, stores and restaurants, without losing its authenticity. Pangandaran has also become well known for the spectacular Kite Festival, which attracts participants from all over the world every July.

READ
Amazing facts about the Netherlands

Paradise Islands of the Malay Archipelago: Wonders of Indonesia 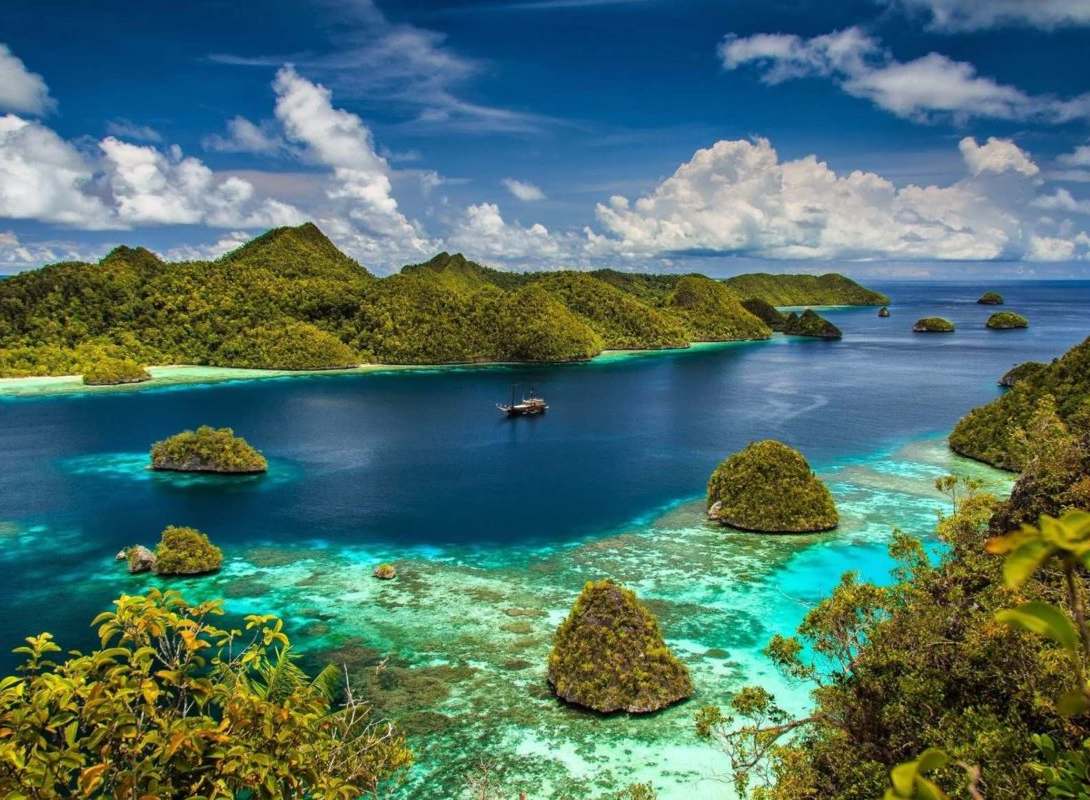 Indonesia is the largest island country, with about a thousand picturesque islands characterized by fabulous nature, beautiful coastline, sandy beaches, as well as delicious food and exotic climate. The presence of many islands and volcanoes make it a magical and attractive place. 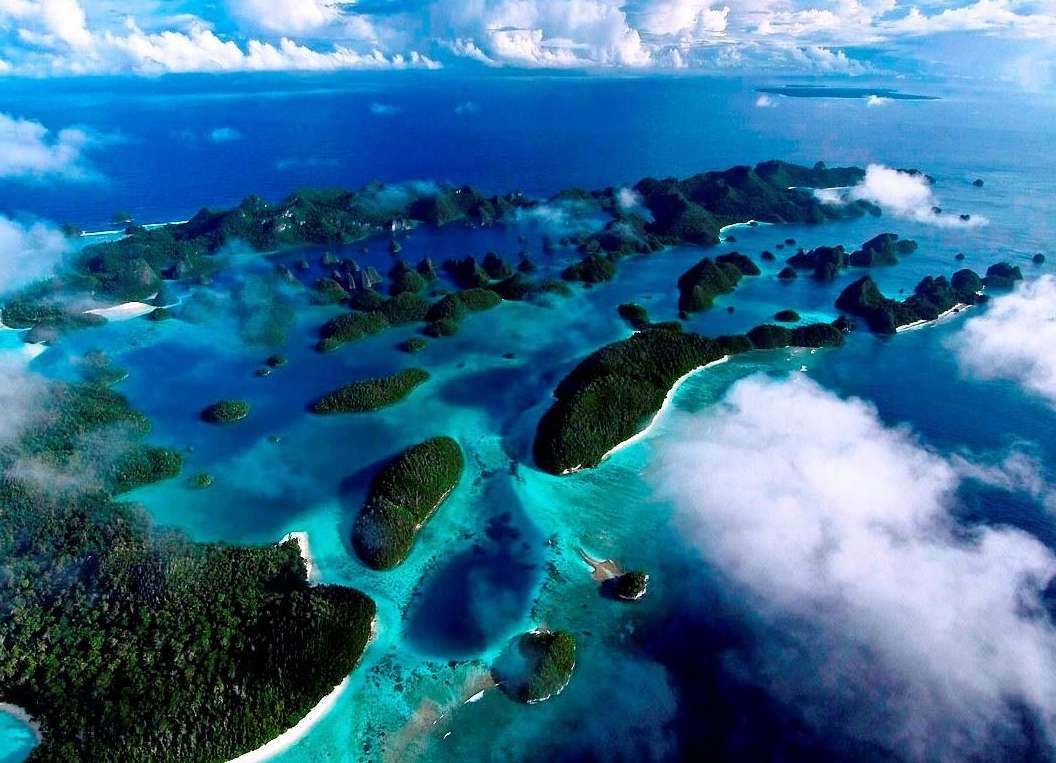 Land of a Thousand Islands

Indonesia is the largest archipelago in the world. On its territory there are 17508 islands, of which more than 6000 are uninhabited. It also includes New Guinea and Borneo, the second and third largest island in the world. Indonesia boasts the fourth largest population in the world, with about 240 million people. More than half of them, about 160 million, live on one island, Java, the most populous island in the world.

It is estimated that there are more than 300 ethnic groups living in this country, which use 742 languages and dialects. As a consequence, the motto of the Indonesian emblem is “unity in diversity. Because Indonesia is located in the so-called “circle of fire,” an area where two tectonic plates meet, the region is extremely active with volcanoes. There are at least 150 of them.

Indonesia has many “largest” varieties of plants and animal species, among which particularly noteworthy are the largest flower in the world, or Rafflesia in Sumatra or the largest varan in the world, with which other “dragons” from Komodo count, the largest crocodile living in Papua, and the largest python species can be found in Borneo. Nutmeg – once the most expensive spice in the world – was originally grown in only one place in the world – the Indonesian islands of Banda. 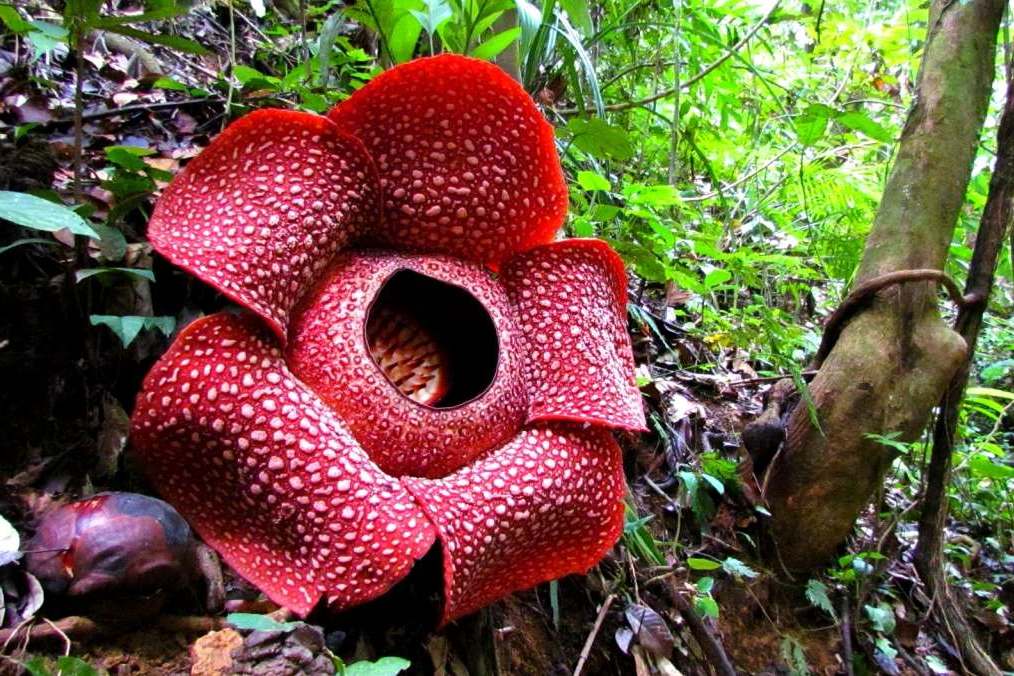 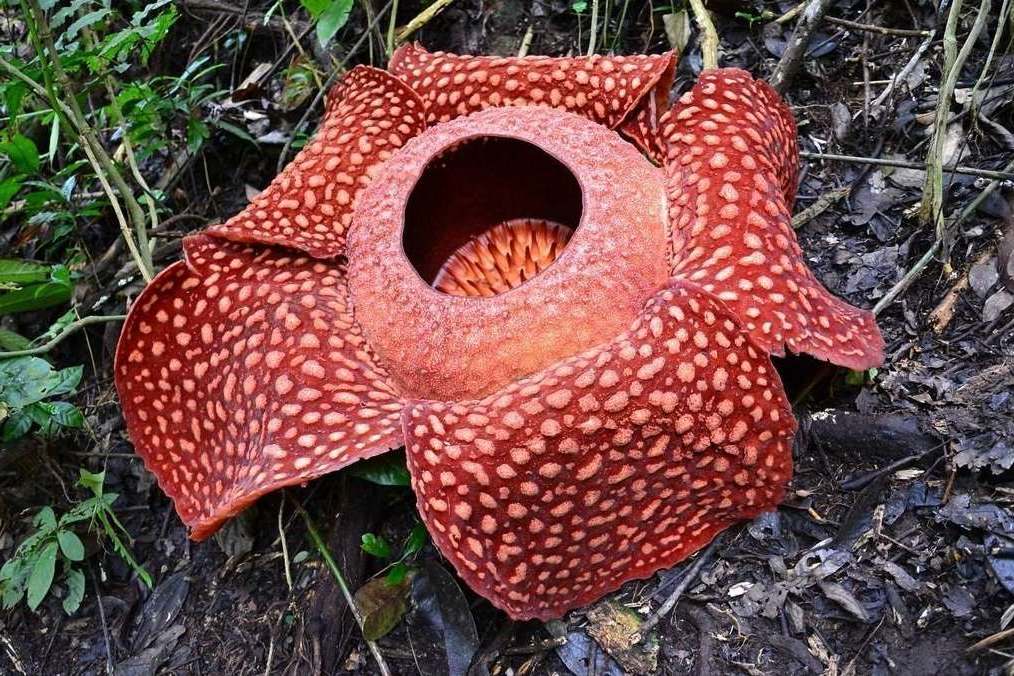 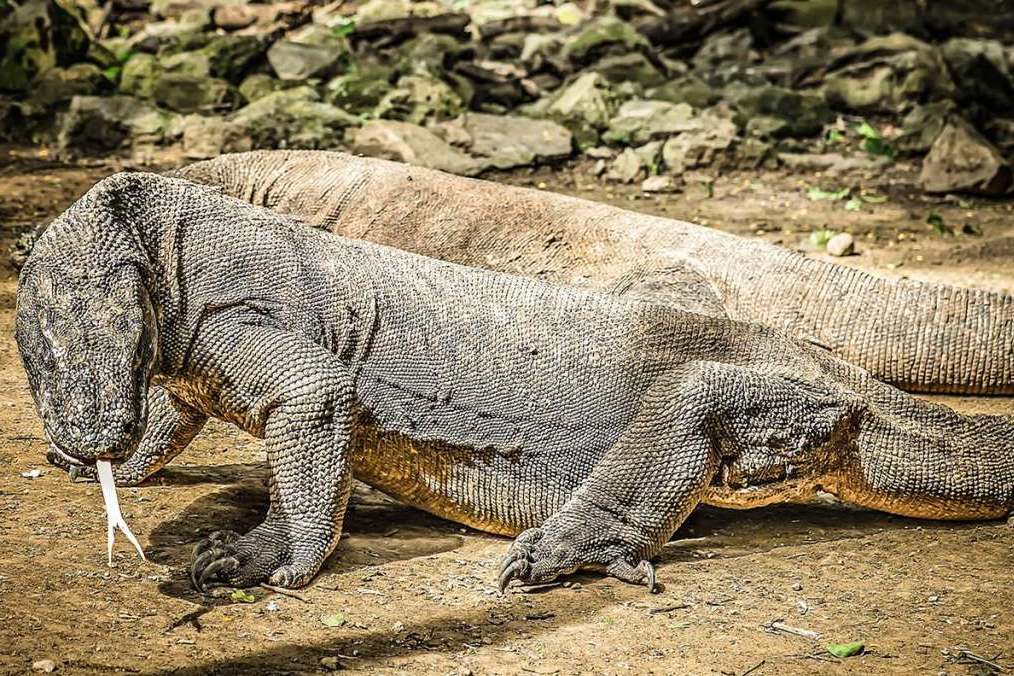 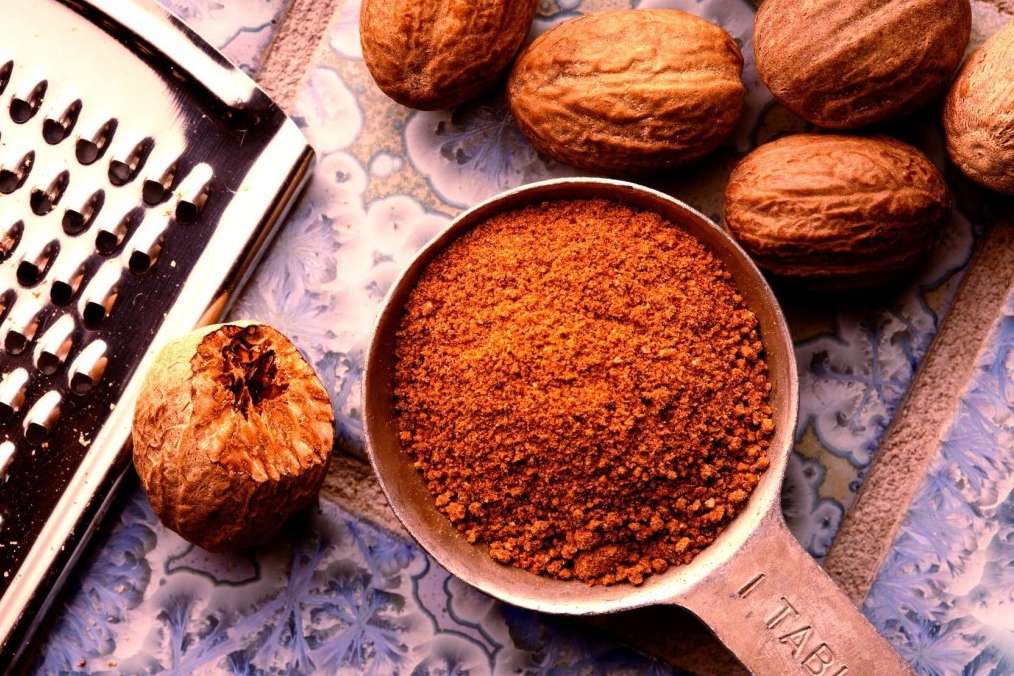 Indonesia has a peak called Punchak Jaya, also known as the Carstens Pyramid, which is the lowest peak on earth, among the seven highest peaks on all continents. It is also worth mentioning that in the Indonesian part of New Guinea is the world’s largest gold mine, which belongs to the American corporation Freeport. The deposits are under Mount Grossberg, which hides in the inaccessible Papuan jungle. It is assumed that today there are still isolated tribal groups that have not yet made contact with the outside world. 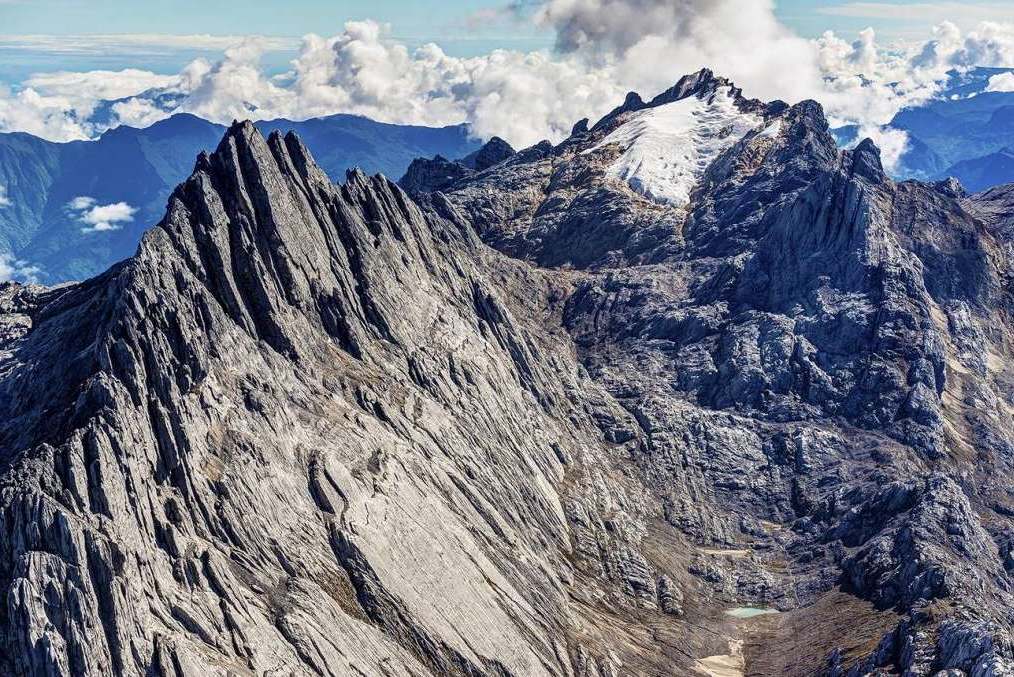 Indonesia – a world of harmony, elements and magic

What may help one better understand the Indonesian people is the information that there is a strong belief in magic throughout this country, even in major cities such as Jakarta, Surabaya and Medan. Sudden illnesses are almost always interpreted as the influence of someone’s charm or evil eye, and throughout Indonesia one can find many shamans, healers, and people who practice magic.

Another interesting fact is that in December 1973, a Japanese soldier was found hiding in the jungle on one of the Moluccas Islands who did not know that the war had ended 28 years earlier – Indonesians believe this is directly related to magic.

Lembata Island is home to a small group of people who live off traditional whale hunting, using small darts and small wooden boats. To this day, many daredevils die during such a hunt. 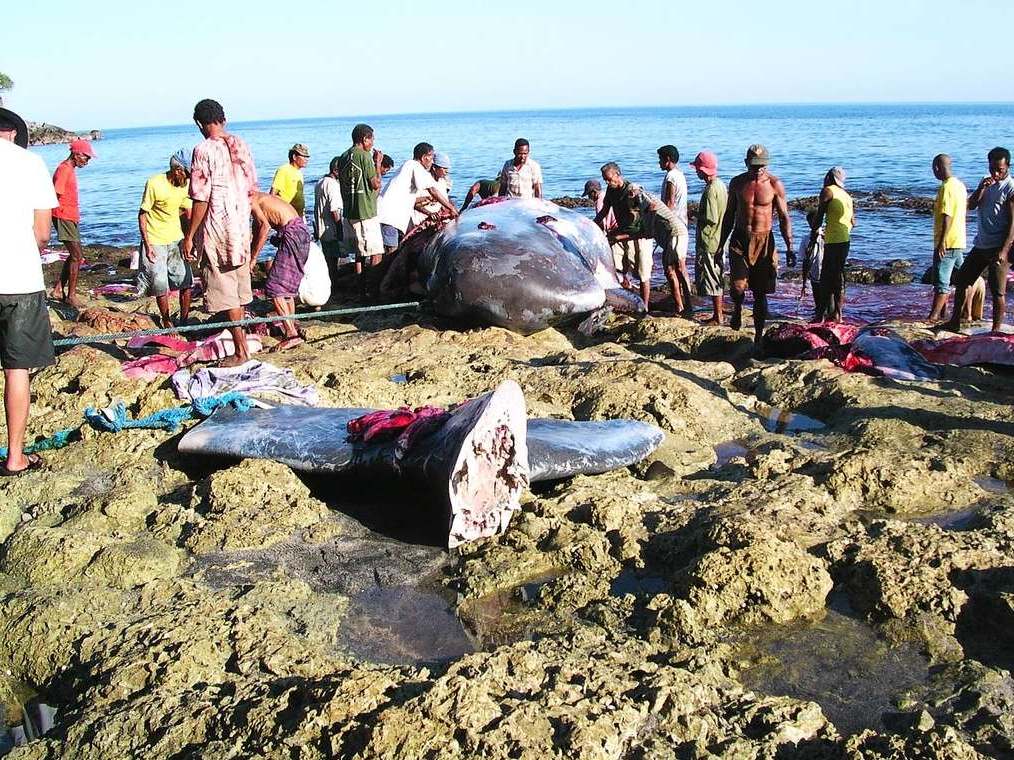 And Sumba also holds a horse fighting tournament once a year in which participants fight on wooden spears. The fight continues until one of the players falls to the ground. The blood spilled during the tournament is supposed to be a sacrifice to the ghosts to secure the islanders’ favor.

There are tribes in Borneo where only women have the right to ritual tattoos. The pain of tattooing with pointed bamboo is a test to be able to endure the pain of childbirth.

Indonesia can be proud of its smiling and positive people. Indonesians are very fascinated by white-skinned people and react especially positively to small children, especially if they have blond hair, it is clear that such children steal their hearts.

Beautiful beaches and a diver’s paradise

Often tourists, looking at photos, are disappointed that the beautiful natural places are not at all what the travel agencies promise. But Indonesia is completely different. It is much more beautiful and picturesque than in the pictures. The beaches are clean, sandy and breathtaking. It is worth visiting the area near Kangu Beach in Lombok, where the clean pale sand fades into the blue water and there is a lot of greenery – all this is a true paradise on earth. 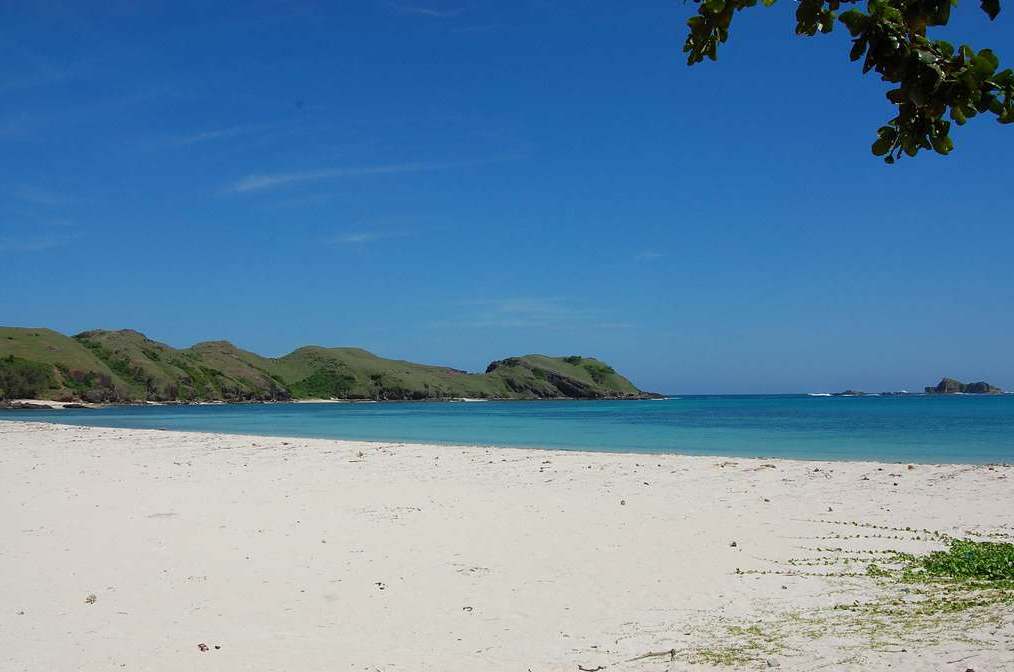 Spring and summer are the perfect time to enjoy the sandy beaches and unspoiled nature in one of the most beautiful parts of the world.