Almost all of Tallinn’s significant attractions are concentrated in the old city. Previously, the entire old city of Tallinn was surrounded by a wall with a total length of just 4 km. To date, only fragments of the wall and a few towers have survived. To explore the old city you will probably need no more than half a day. It is hard to miss anything in such a small area.

Vana Tallinn is naturally divided into two parts: Toompea, or Vyshgorod in Russian, and the Lower Town, located at the foot of it. Toompea has always been a noble district, of German or Danish origin. Toompea was separated from the lower Old Town by a city wall. In the Lower Town the merchant and artisan people settled.

Foreign merchants, including Russian merchants, who built houses and churches here, settled in the Lower Town. Further south were settled Estonians, who gradually became the national majority here. All three parts merged together in the 19th century. On the map below you can see all the most important sights of the old Tallinn and there are 9 of them. Of course in the Old Town there is something else to pay attention to, about this will be discussed below. 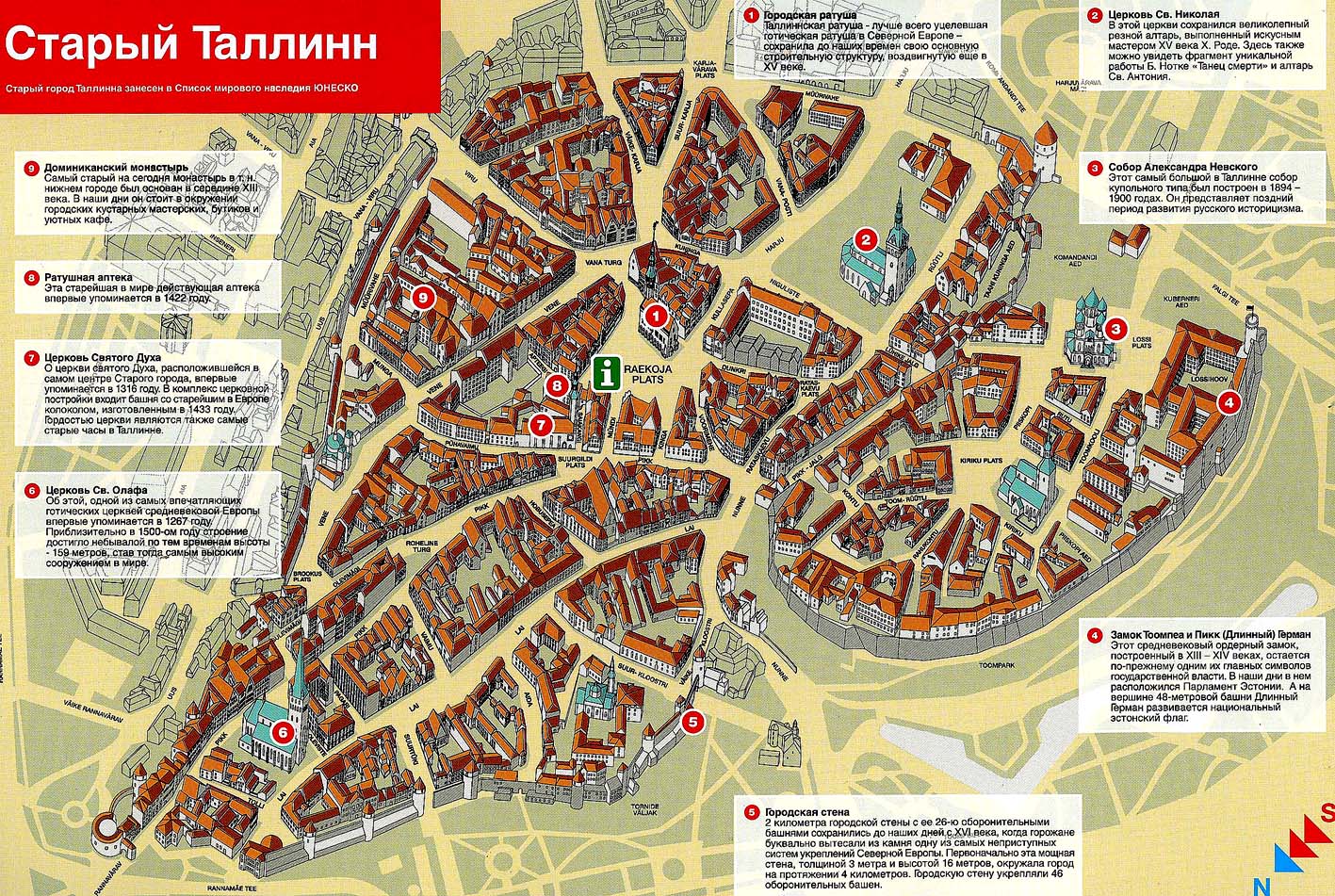 The first mention of Tallinn dates back to 1154, so it is a very old city, but it got its present name only in the XX century with the accession of Estonia to independence. For the longest time Tallinn was called Revel. Danes, Teutonic and Livonian knights had a hand in the construction of the city. In 1285 Tallinn became a member of the Hanseatic League and played an important role in trade, first with Novgorod and later with the Principality of Moscow.

We started our walk from the Viru Gate. In fact, the gate itself has not survived, only the side towers remain of them. The massive ancient gate interfered with the laying of the horse-drawn streetcar line and was demolished in 1843.

READ
The 13 Best Beaches in Barbados 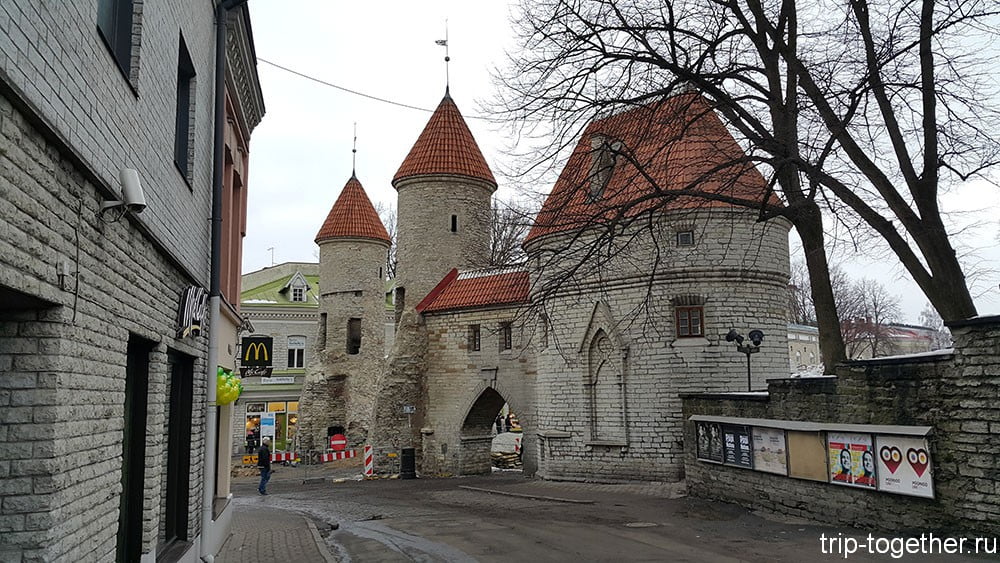 Flower stalls spread out in front of the gate. We strolled through Tallinn on the eve of March 8, and there were plenty of flowers, although March 8 is not an official Estonian holiday. Many women and girls were returning from work with flowers – it seems that this tradition has been preserved since Soviet times. 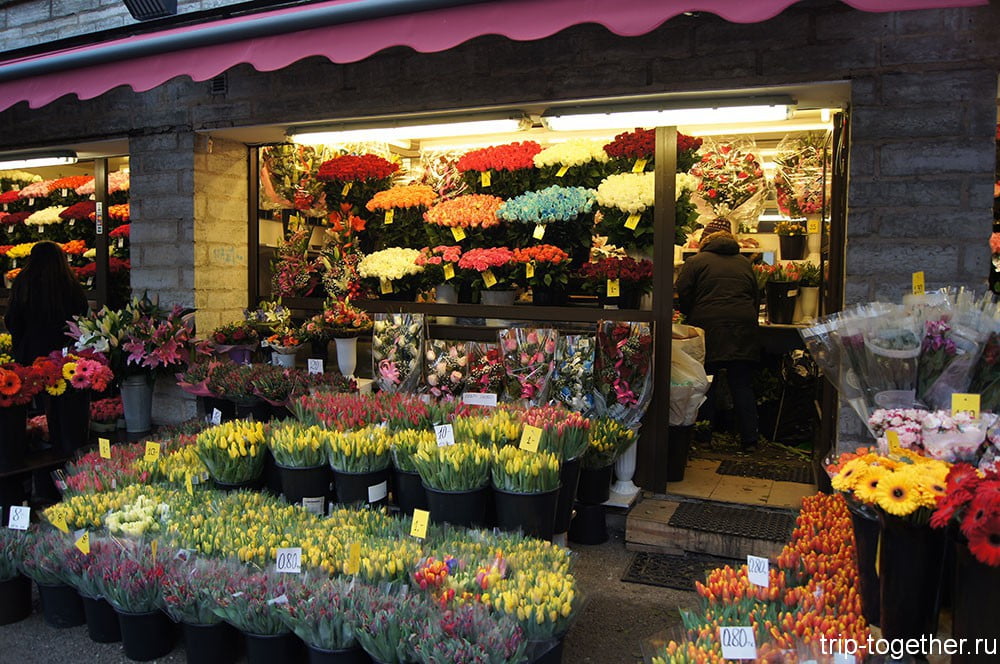 Flower market at the Viru Gate

The Viru Street itself was being repaired, but it did not hinder the numerous visitors to the city from strolling around. Tallinn residents actively exploit their medieval history. Promoters of various tourist services dress up in period costumes and entice the public. These guys in the red hats talked among themselves in clear Russian. 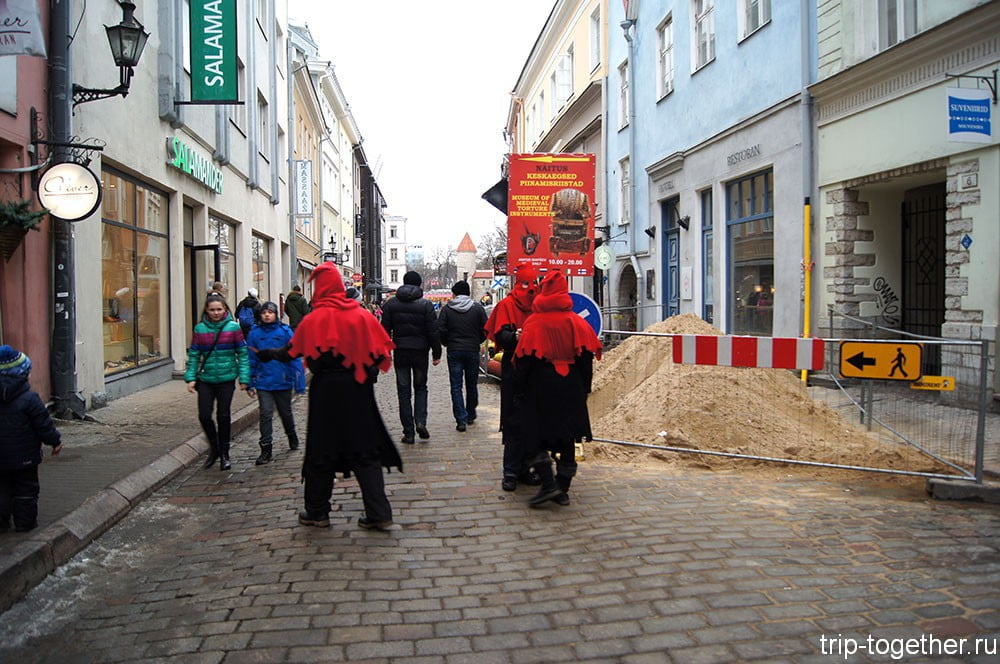 The narrow streets of medieval Tallinn diverge in both directions from Viru Street. However, the original medieval buildings on the street Viru has not remained, the street was built in the XIX century. 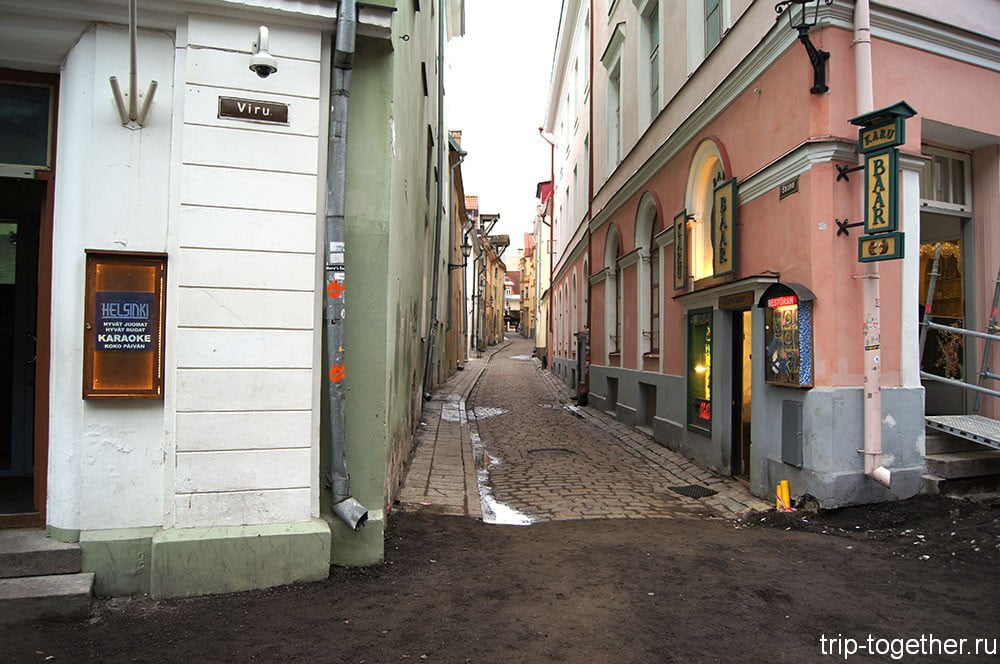 A narrow medieval street in Tallinn 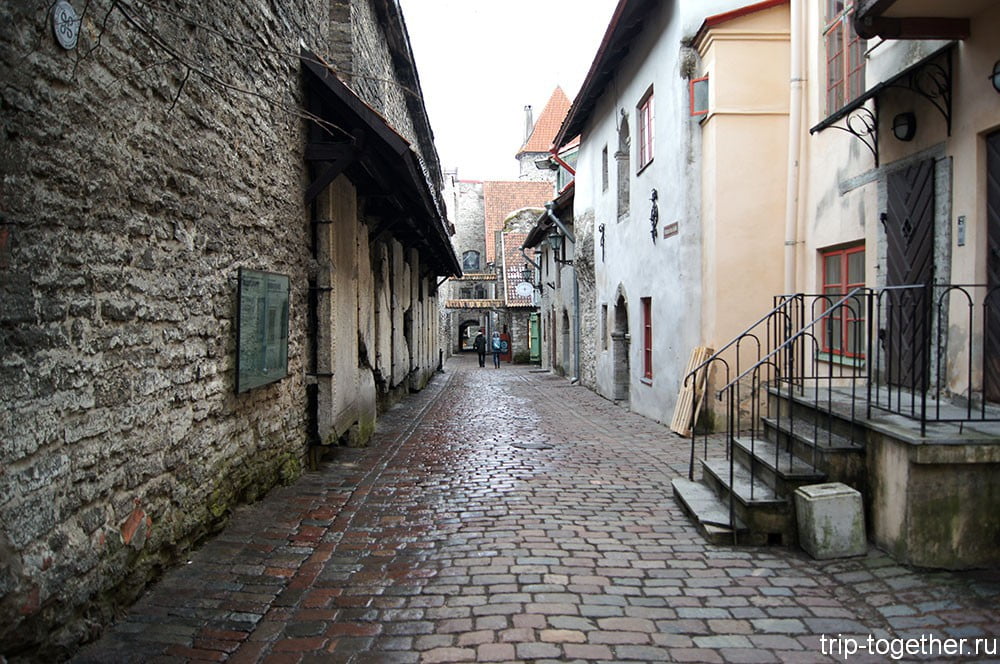 Antique tombstones on the wall in St. Catherine’s Alley

People still live in these old houses, it’s one of the points of the Tallinn city government’s program to keep the old city inhabited and prevent it from being turned into a museum. Although it is not entirely convenient to live here, a private car would have to be parked for very large sums of money and not under the very windows, and the presence of modern conveniences is suspicious.

Tallinn is the capital of Estonia. The city is located on the southern shore of the Gulf of Finland and has a long history. Within the city are several bays (Kakumäe, Kopli and Tallinn), peninsulas Kakumäe, Kopli, Paljassaar, Aegna Island. A river of the same name flows through the eastern part of the city, which is called Pirita. On the southeastern outskirts is Lake Ülemiste, and on the southwestern outskirts is Lake Harku. The seaside lowland, which is bounded on the south by a line of glint, a steep limestone escarpment, occupies most of the town. And its oldest part, with a surprisingly Slavic name of Vyshgorod, is on the limestone plateau – Toompea Hill, which rises 48 meters above the lowlands.

But the city was called Tallinn only in 1919, and before that time it was called Revel. 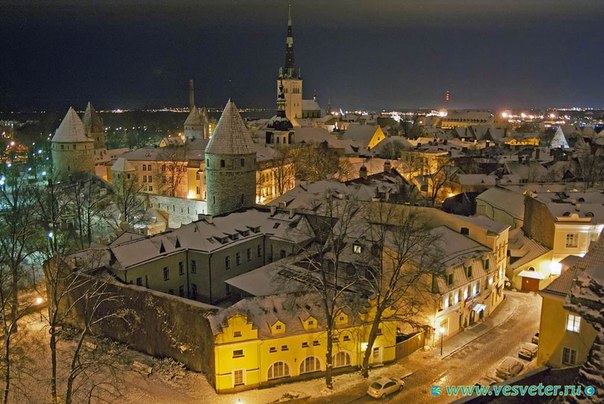 The history of population of this place, known to science, begins with a small town Iru near the city, where in the second half of the first millennium a settlement was built. Finno-Ugric tribes lived here. For unknown reasons this fortification was abandoned in middle of XI century and fortress was established on Toompea hill.

At the foot of the hill later emerged a trade and handicraft settlement – the Lower Town, the first mention of which can be found in the Russian annals. At that time it was called Kolyvan or Kalev city (the hero of an Estonian folk epic), as the Slavs used to say. And in Livonian chronicles (according to German sources) the town was called Lindanise, as it was called by the Scandinavians. In 1154 thanks to the Arab traveler al-Idrisi it was already on the geographical map. Lindanise or Kolyvan can be conventionally considered the center of the land of Riaval. 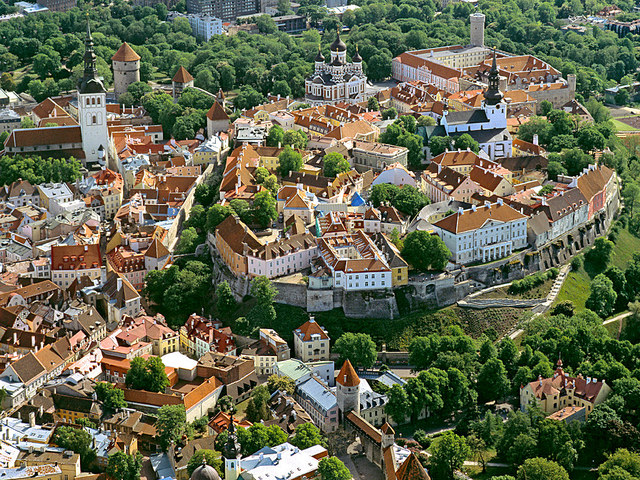 The first written mention of the settlement in the place of today’s Tallinn dates back to 1154. In 1219, troops of Danish king Valdemar II and his vassal, ruler of Rügen island and part of Pomerania, Wenceslas I. Despite fierce resistance of Estonians, they captured and destroyed Kolyvan fortress, and built their own fortress Revel in its place. It is interesting, that in Estonian “Tallinn” means “Danish city”.

In 1227 the city was captured by the Swordsmen, but already eleven years later returned to the power of Denmark

In 1248, the Danish King Erik IV Ploughshare granted the city the Lübeck Right, by which Kolyvan was united in a single legal space with the medieval German merchant towns. The annals of the granting also mention the town’s ratmans, which suggests that by that time the Lower Town had a self-government. 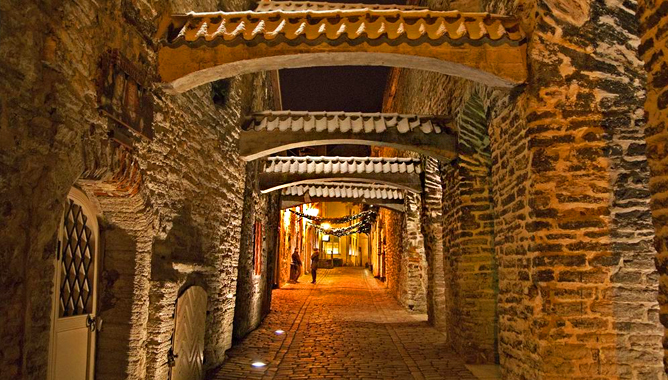 At the end of XIII century Revel joined the Hanseatic League, as a member of which it played an important role during next two centuries.

In the middle of XIV century the imperial prince of Revel was replaced. Because of internal political troubles and lack of money the Danish King decided to sell his possessions in North Estonia together with Revel to the Teutonic Order. In 1347 the order gave the right to control the possessions to its Livonian wing, and Revel became the order’s city. 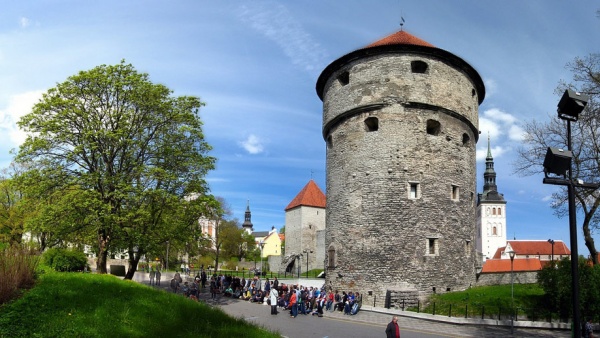 During the Livonian War in 1558-1583. Russia, Sweden, Poland and Denmark fought for supremacy in the northern part of the Baltic Sea. The Estonian territory became one of the main theaters of the war. Fearful of the Russian forces the city of Revel and the Harju-Viru knighthood surrendered to Sweden in 1561 and its power lasted for the next century and a half. Twice – in 1570-1571 and 1577 Revel was encircled by the Russian troops but had to return both times without conquering the city. During the Swedish domination Revel became the center of the new administrative unit – the Governorate of Estonia. The royal power confirmed Reval’s old privileges, which meant, first of all, that the city, at least formally, retained its self-government and continued to enjoy the right of Lübeck. 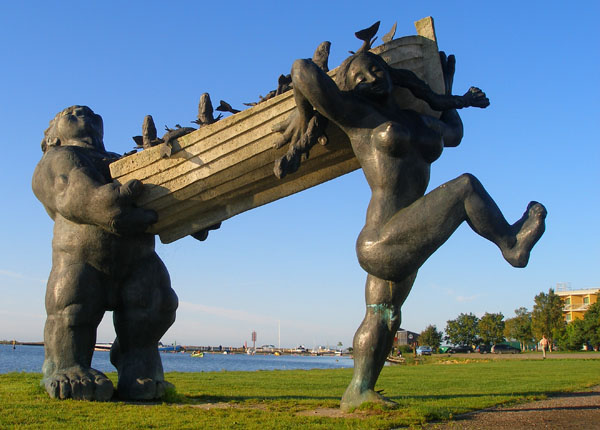 In 1700-1721 the Baltic Sea region suffered from the Great Northern War. Its main adversaries were Sweden and Russia, who fought each other for supremacy over this territory. On September 29, 1710 Revel capitulated to the Russian troops without a battle.

After Northern War (1700-1721) the city with the rest of Estonia became a part of Russian empire, but kept all its privileges and became a center of Revel (since 1783 – Estlandia) province.

In 1870 a railroad was opened between the city and St.-Petersburg. The workers of Revel-Tallinn took an active part in the revolution of 1905-1907, the February revolution and the October revolution of 1917 and resisted the German invaders in 1918. 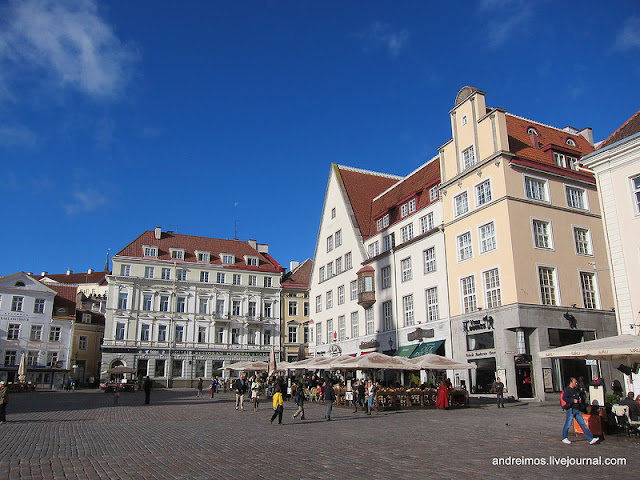