Before the trip to Vienna we decided at once that we have to go somewhere else for a day to see another Austria. After long deliberation we settled on Graz, the name of which has Slavic roots close to us (Hradec – little castle). My memories of this wonderful city and formed the basis of this story. 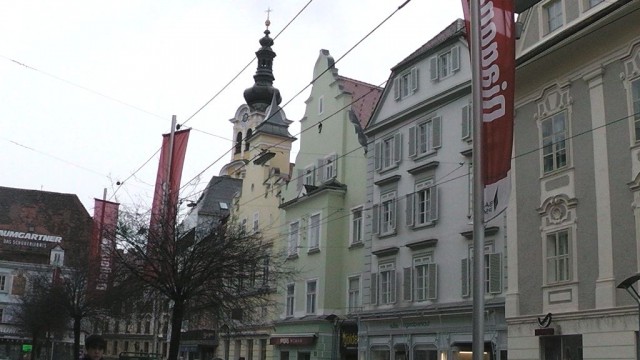 Thank you very much for the stories about your travels sent to the contest “Story of my journey” to my e-mail: venagid.ru@ya.ru. Today Galina Semyonovna Nikolaychuk, 61, a pensioner, will tell us about Graz.

In the first half of March, my husband and I were in Vienna. It was already the 3rd trip that we completely organized by ourselves: from booking tickets and hotel to the choice of routes to the sites. Before that we had been to Barcelona and Rome in the same way.

Our trips are preceded by thorough information preparation. Books, videos, guidebooks and Russian-speaking maps help us with that. But the main information resource is of course the Internet. We prepare so thoroughly that once in the chosen place, it is almost unmistakable orientation in space, both on foot and by public transport. Before the trip to Austria, your references, Michael, were a great help. 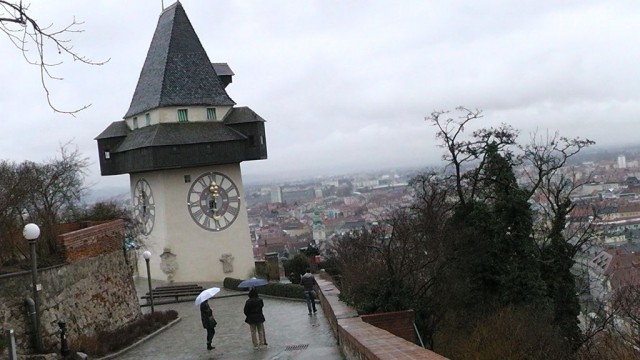 The famous clock with the wrong hands

Originally I wanted to tell in my “opus” about a trip to Vienna, but then I remembered how many materials about Vienna there are on the Internet! And, although everyone has his own Vienna, but the photos and the objects of attention are about the same. Going to Vienna, we often remembered how tired we were from the experience in Barcelona, we left for a day in Montserrat, and how happy we were to have been there! Therefore, before the trip to Vienna, we decided at once – we need to go somewhere else for a day (out of 6) to see another Austria. After much discussion, stopped at Graz, the name of which has roots close to us Slavic (Hradec – little castle). My memories of this wonderful city and formed the basis of this story. 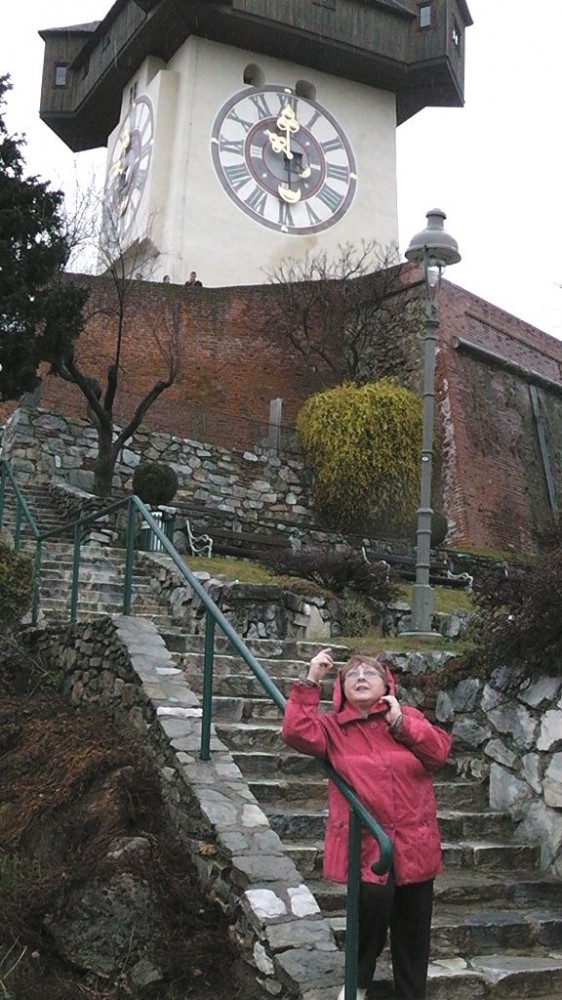 Uhrturm – not a kiss, so a picture to remember.

From Vienna to Graz more than two hundred kilometers. Without collusion, we decided to choose the high-speed train ÕBB as the transport. We left at 7:02 am from the Wien Meidling train station, which we took the subway to. Got up early with no problem as we have our own secret. I don’t know if anyone will take note of our “know-how”, but we never change the clocks when we come to Europe. This time the time difference between St. Petersburg and Vienna was 3 hours, and we, without breaking our biological clock, got up at 9÷9:30 Petersburg time, but we were the earliest tourists at the local time. When at 6÷7:30 pm (European time) tired, we “piled into” the hotel, our clocks were set to rest and get ready for bed. Oh-very convenient! No temporary “breakdowns”! 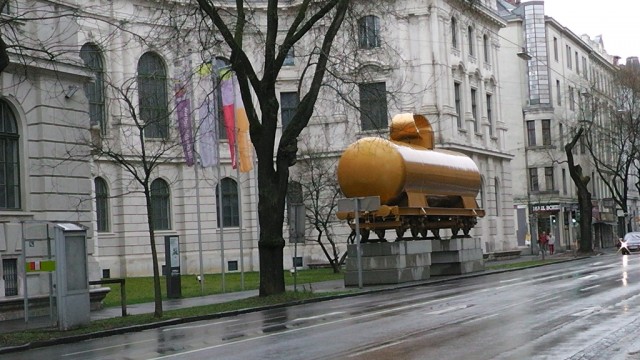 The golden wagon is running – rocking.

The road to Graz is a fairy tale! Mountainous terrain, snowy slopes, bridges, tunnels – mind-boggling views out the window. Gingerbread towns replace each other. It was impossible to look away from the window, so the time flew by unnoticed. A pleasant surprise was a traveling coffee machine with the famous Viennese pastries during the whole trip. It was served by a pleasant Ukrainian girl, who spoke all languages (I mean German, English and even Russian). The only disappointment – high speed, rain and dirty windows did not allow to take good pictures through the glass (unlike the Spanish trip to Montserrat). 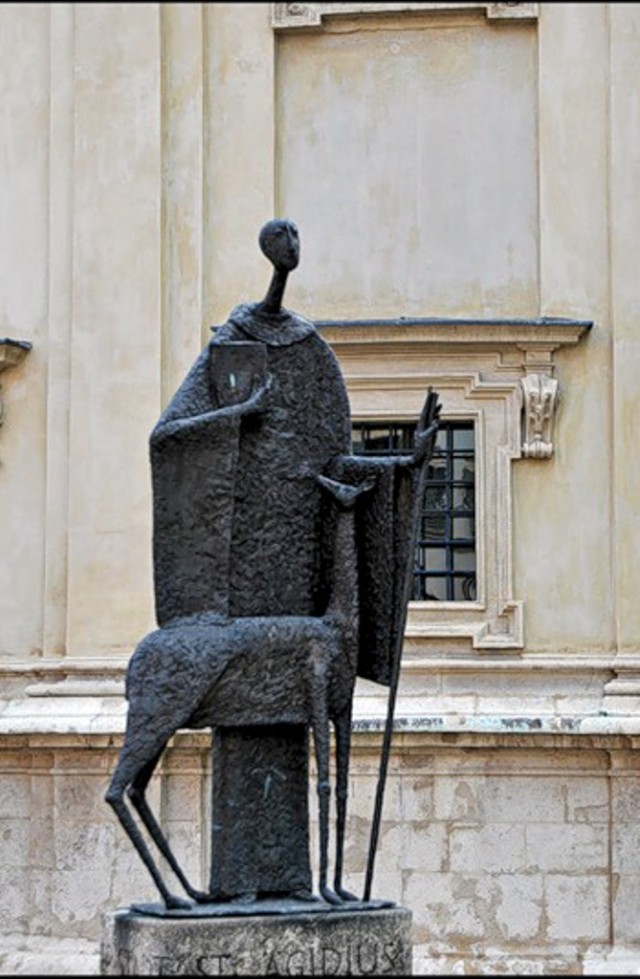 We arrived to Graz quite early. It was raining. A cup of coffee in the station cafe – and off we went! We saw a small castle Schlossberg on a hill right from the station, so we bravely went into town. As I said before, we tend to thoroughly prepare for trips, so I liked Graz in St. Petersburg. Especially I was intrigued by 2 objects of modern architecture, opened on the occasion of Graz’s winning the nomination “European Capital of Culture” in 2003. It is the island-bridge Murinsel in the form of a giant sea shell. The shell connects the banks of the Mur river, and in its center there is a concert hall with 350 seats. …and the Kunsthaus Graz (as it is affectionately called by the people of Graz – “the friendly alien”. 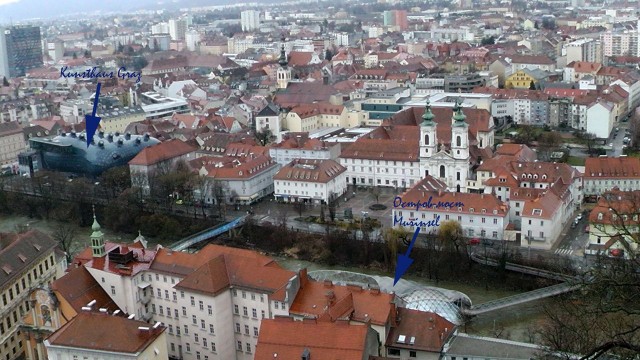 The Kunsthaus Graz is a striking landmark, visible from everywhere. Seeing it, we immediately decided to go and “taste” modern art (especially since it was raining). The exhibit of this museum changes all the time. At the time of our visit there were 2 exhibitions: a large European installation show (we heard about it the day before on Euro News) and an exhibition of contemporary Belgian artist Berlinde de Bruyckere. As it turned out, we were not quite prepared for this kind of art, although we thought (naive!) ourselves lovers of modernism in all its manifestations. 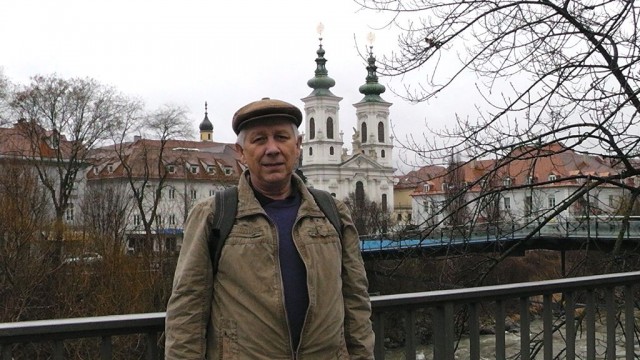 Let me describe one of the installations: on the screen, a young woman is saying some phrase in German (I thought “Freedom for France!”), and they are shooting at her. The shooter is not visible. Blood runs down her face and body, she turns 90° and speaks again, and they shoot her… This goes on for over 2 hours (the exact time is on the sign). 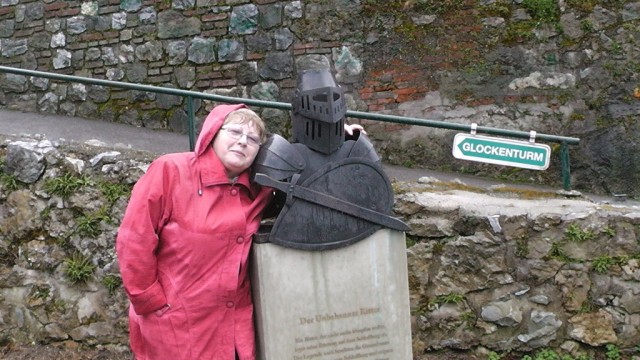 It was surprising to see young families with young children wandering in the midst of this triumph of naturalism. Still, the Europeans’ thirst for beauty is inexhaustible! And suddenly, among the piles of dismembered corpses I saw a wonderful view of Schlossberg fortress from the embrasure of the “space alien”! The views of the city from the observation deck of this modern monster also pleased us! 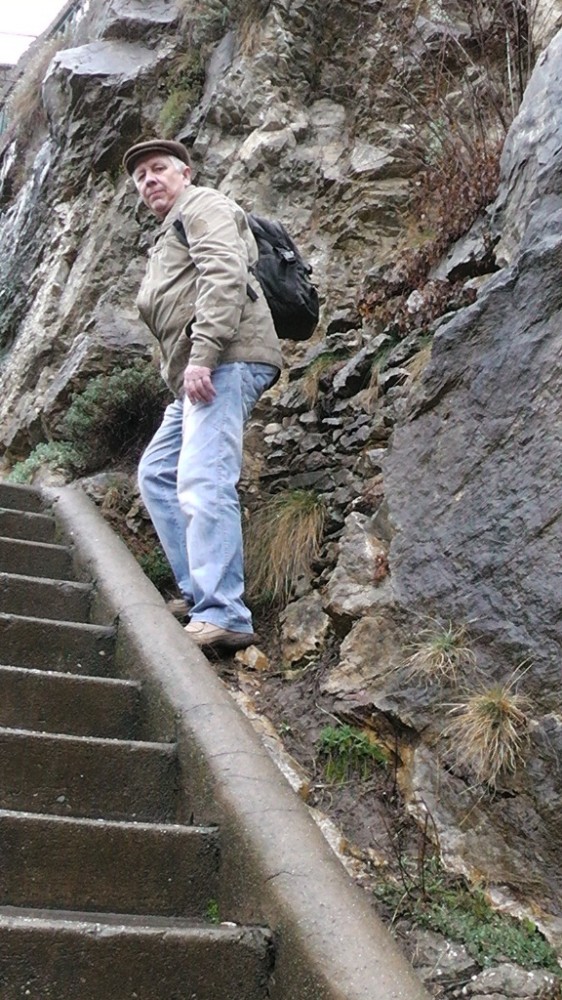 Walking around the halls, we got dry, and so we rushed to assault the impregnable fortress. We had 3 options for ascent: cable car, high-speed elevator, or endless stairs carved in the rock. The Russians are not looking for easy ways, so we chose the stairs – and no mistake! The next two hours we were going up and admiring, then up and down and admiring. If I were to describe our emotions on a scale of 10, then it was 100!

READ
Hurghada, Egypt. When to go, where to go and what to see? 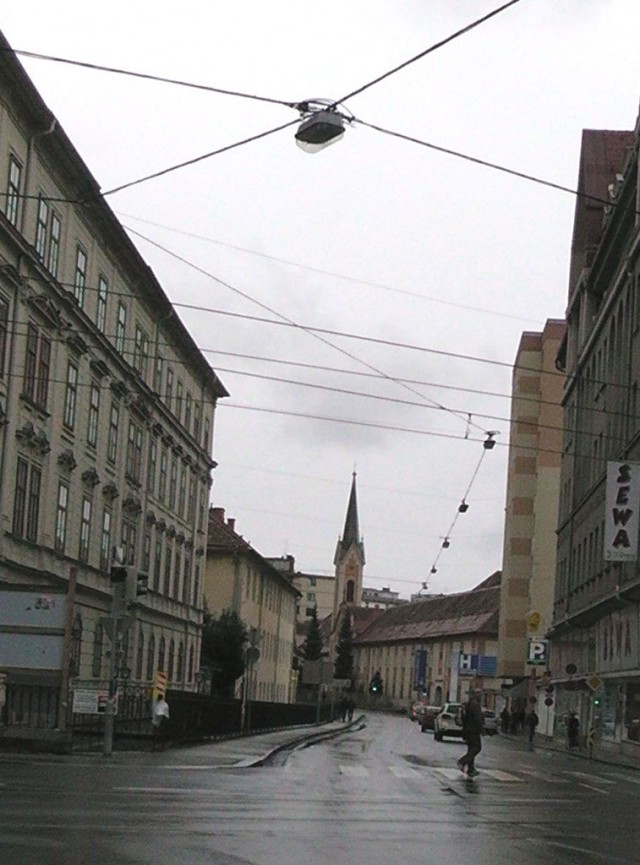 Almost like in St. Petersburg – the view on the Admiralty!

When we were going to visit Graz I wanted to hear the clock on the Belfry bell square (Glockenspielplatz) and see the wooden statues of a boy and a girl, who appeared from behind the doors at certain times. But we managed to experience much stronger feelings – at noon we were on top of the mountain and, suddenly, the bells of all Graz cathedrals rang simultaneously in the whole city. It was an unreal sound effect. 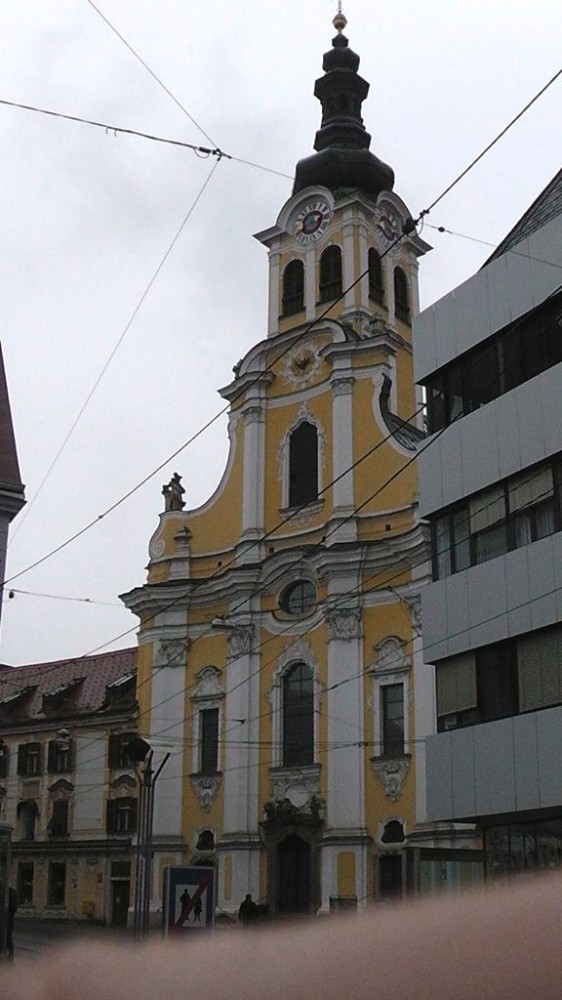 Antiquity in the streetcar web

Graz is called a museum city. Our list of coveted sights was too long for one day. This is the main square (Hauptplatz), the Landhaus, the Mausoleum of Emperor Ferdinand II, the City Hall of Graz, the Botanical Gardens and the Opera of Graz… But if I were to try to describe everything that we have seen – 100 pages would not be enough. 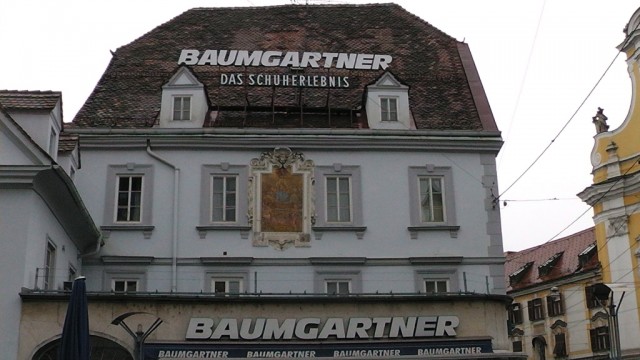 The final point in our Austrian march-throw was lunch in Italian restaurant with a view of historic building of XIII century. By this point we were already a little “tired” of the traditional Austrian delicacies (Viennese schnitzels and zacher). It was a celebration of Italian cuisine with a full table salad! 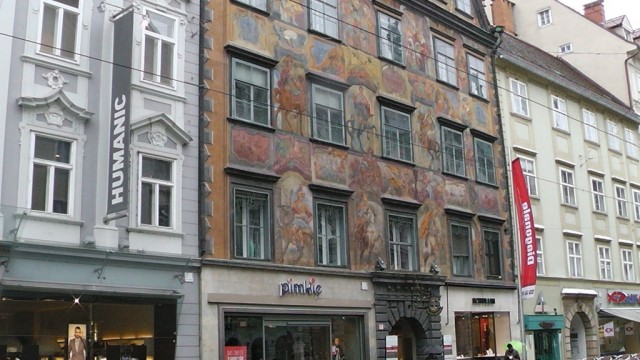 Frescoes are not afraid of rain.

We returned to Vienna by train at 7:30pm. We rode with skiers and students returning to Vienna after the weekend. It was a complete immersion into the Austrian aura with cooing chatter from the girls and buns and sausages from the walking backpacks – from caring Austrian moms. 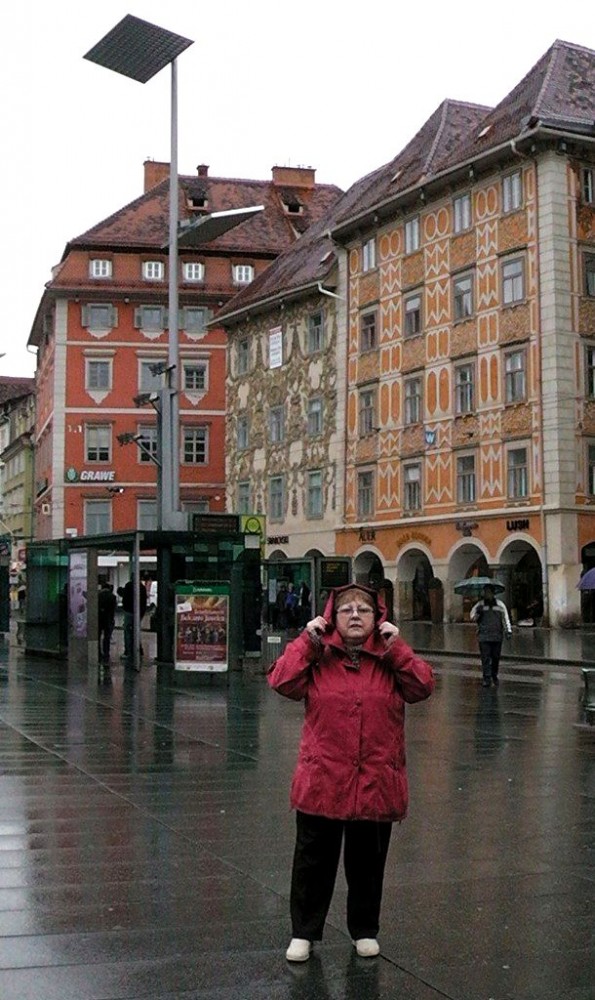 Luegg – look around the corner (at the pastry shop) 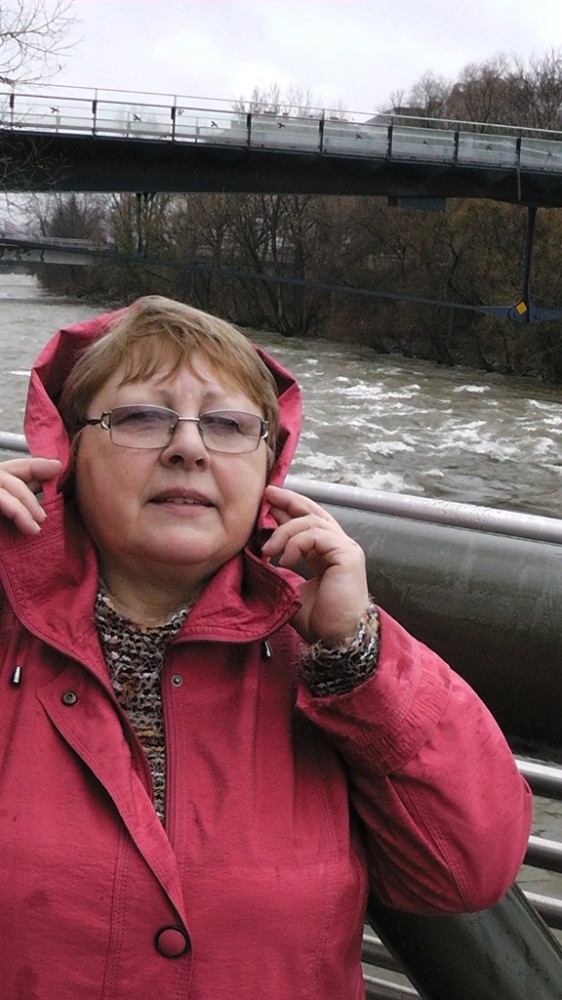 The murmuring waters of the Moore.

At the end of my story I will say one thing: if you want to see not only imperial Vienna and “palatial” Salzburg, and DIFFERENT Austria in miniature – go to Graz! WON’T DESERVE!