A mysterious people on the border of Afghanistan and Pakistan

There is one of the most mysterious and inaccessible places on earth. Its past and present is represented by contradictory facts and legends. On the one hand, the life of its people is hidden from the outside world, and on the other hand, it is under the scrutiny of scientists, rulers and even military and state blocs.

The more the inhabitants of this area would like to prevent interference in their internal affairs, the more their land becomes a crossroads of clashing interests in international politics.

This is Nuristan, the Land of Light, a historical region on the border between Afghanistan and Pakistan, now a vilayat in Afghanistan and a province in Pakistan. Before the beginning of the XX century it was called Kafiristan, the country of infidels, because at that time a large part of its population professed a polytheistic faith, and therefore, in terms of Muslims, were kafirs, i.e., infidels.

The Nuristanis never had a common name. It was based on religious pagan unions and, with the increased pressure from surrounding Islamized peoples, also on opposing Muslims as enemies and objects of raids.

The mountains served as their natural fortress. “Driven into the jungles of the mountain forests, into the not wide gorges of the number of mountain ranges, the inhabitants of Kafiristan lead a sedentary economy,” noted Academician N. I. Vavilov in his book “Five Continents”/”Journey to Nuristan”, – allowing errors in spelling, but conveying valuable information, – Out of concern for attacks of inhabitants of the nearby places, the agricultural society Kafirs live in unapproachable places, on the heights, and only by not wide paths, on foot, clinging to the rocks, it is possible to penetrate from village to village”.

But carried out successfully in the winter of 1896-97, the military campaign of Afghan emir Abdurrahman-khan allowed Pashtuns to conquer one of the last pockets of paganism in the region and begin the Islamization of Ginudkush “kafirs” (Pers., Pashto کافر “infidel”). In honor of the conversion of the highlanders to Islam, they became known as “Nuristanis” (Pers. , Pashto نورستانی “resident of the Land of Light”). A small group of Kafir-Kati who fled from Islamization to British Chitral, did not long retain their faith and were also gradually converted to Islam.

Some researchers link the ancestors of the Nuristan Kafirs with the ancient Cambodians (Sanskrit kamboja-), a people in the Hindu Kush mountains, focusing on the Nuristan place names k’om/kāmozi. It is also assumed that the name “kafirs” is associated with the historical area Kapisha (Sanskrit Kapiśa-, Old Chinese Ki-pin, Old Greek Kapisenē), the name of which is reflected in the name of the modern Afghan province Kapisa. Converted to *Kapir, this ethnotoponym was later reinterpreted by Muslims as kafir, which only strengthened the rejection of Islam by mountaineers.

In modern times in Afghanistan, the Nuristanis became involved in inter-tribal power struggles and civil wars, and became quite zealous followers of Sunni Islam.

The Qalashis are righteous and kafirs 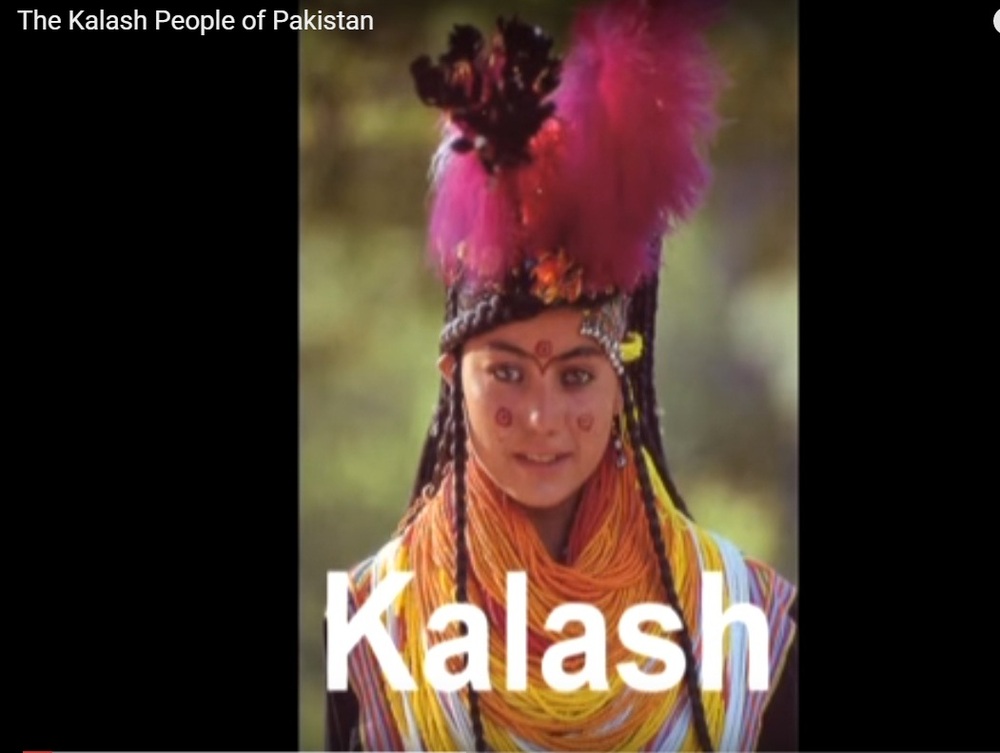 The pressure on the highland pagans with the spread of Islam in the Indus tributary valley began to gain strength from the time of the empire of Mahmud Ghaznavi, who in the 10th century under the flag of holy Jihad against infidels subjected to his power Eastern Iran, the southern part of Central Asia, Khorezm, and having made 17 trips to India, included Punjab and Kashmir in his state.

As a result of such Muslim expansions into Kafir lands, in the 15th century a part of Nuristan’s Vaigali people, who still call themselves kalašüm, moved to Chitral (modern Pakistan), where they founded the Kalash nation, linguistically assimilated by the Dardo-speaking aborigines.

READ
10 things to see in Malta

There are no more than 6,000 Kalash people left today – they are the smallest and most enigmatic ethnic group of this part of the Asian region.

Kalash villages are located at an altitude of 1900-2200 m above sea level. The Kalashas inhabit three side valleys formed by the right (western) tributaries of the river Chitral (Kunar): Bumboret (Kalash. Mumret), Rumbur (Rukmu) and Birir (Biriu), about 20 km to the south of Chitral. The first two valleys join in the lower reaches, in the third by the Kalash ethnic territory leads to a pass at a height of about 3000 m. Passes across the western ridge lead to Afghanistan, the area of settlement of the Nuristan people Kati.

The climate is quite mild and humid. The average summer temperature is 25 ° C, in winter – 1 ° C. Valleys are characterized by fertility. On the slopes grow oak forests, Tianshan spruces and Himalayan cedar.

Despite instances of Kalash converts to Islam throughout recent history, they are the only people half of whom have retained their ancient beliefs among Muslims in this part of Asia. Of course, the number of Kalash converts to Islam increased after the 1970s, when roads were built into the region and schools began to be built in their villages. Conversion to Islam leads to the severance of traditional ties, as one of the Kalash elders Sayfulla Jan says: “If one of the Kalash converts to Islam, they can no longer live among us. As K. Yettmar notes, Kalash Muslims look at Kalash pagan dances and merry feasts with undisguised envy. At present, the pagan religion, which attracts the attention of many European tourists, is under the protection of the Pakistani government, which fears the tourist industry will stall in the event of a final “triumph of Islam.

The traditional view of the Kalashas of the world is based on the contrast between holiness and impurity. Mountains and mountain pastures, where gods dwell and “their cattle” – wild goats – graze, possess supreme sanctity. Altars and goat barns are also holy. Unclean are the lands of the Muslims, and even the cows. Uncleanness is also peculiar to women, especially during menses and childbirth. Everything associated with death brings defilement. Like the Vedic religion and Zoroastrianism, the religion of the Kalash includes numerous ceremonies of cleansing from defilement.

The pantheon of the Kalashas (devalog) is, with a few differences, similar to that of the neighboring Nuristanis, including many deities of the same name. There are also notions of numerous lower spirits-demons, primarily of the female sex.

Kalash sanctuaries are open-air altars made of juniper or oak boards and furnished with ritual carved boards and idols of deities. Religious dances are of special significance. Kalash rituals consist primarily of public feasts to which the gods are invited. The ritual role of young men, who have not yet learned a woman, i.e. possessing the highest purity, is pronounced brightly. They also graze goats in the highland summer pastures, around which numerous traditions, taboos and folklore are built. Goat’s milk is one of the staple foods, and women are only allowed to eat it fresh. Cattle are slaughtered in a ceremonial manner, and women are only allowed to eat the meat of the females. 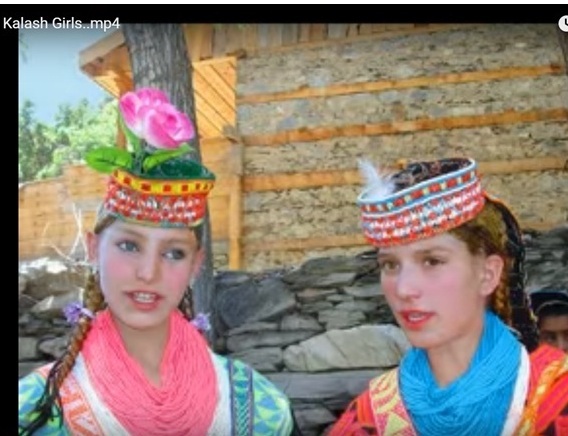 Recently, the Kalash have become widely known not only because of their unique religion, combining features of the Zoroastrianism of the ancient Aryans with the beliefs of non-Indo-European aborigines, but also because of the light hair and eyes of individual representatives, which in the old days generated legends among the plains peoples about the Kalash as descendants of Alexander the Great’s warriors. In this regard, the Macedonian government built its cultural center in the Kalash valley. Particularly zealous journalists even claimed that the Kalash worshipped “ancient Greek gods. And indeed, listening to Macedonian and Kalashian folk music in U-Tube, one can notice some commonalities, but the final conclusion is better to draw only after comprehensive research. On the other hand, the racial peculiarities of the Kalash are interpreted in the popular literature as the heritage of the “Nordic Aryans” and even as an indicator of closeness to the “Slavic-Russians”. Nevertheless, the depigmentation is peculiar only to a part of the population, and the majority of Kalashians are dark-haired and show the characteristic Mediterranean type, which is also peculiar to their plain neighbors.

There is an opinion that depigmentation is more or less characteristic for all surrounding peoples, who for thousands of years lived in isolated endogamic conditions of the mountain valleys with very weak influx of the gene pool from the outside: Nuristanis, Dardians, Pamirian peoples, as well as non-Indo-European aborigines of the Burish. Typical Y-chromosomal haplogroups for the Kalash are: L (25%), R1a (18.2%), G (18.2%), J2 (9.1%); mitochondrial (mtDNA): L3a (22.7%), H1* (20.5%). In a joint study by the Vavilov Institute of General Genetics, the University of Southern California and Stanford University, a separate paragraph is devoted to Kalashas, which states that their genes are indeed unique and belong to the European group. But that conclusion is contradictory, because we see only 18.2% of the “Aryan” haplogroup R1a in the Kalash, and the largest proportion of the 25% is represented in their haplogroup L, the carriers of which are the Negro Dravidian peoples of Hindustan. 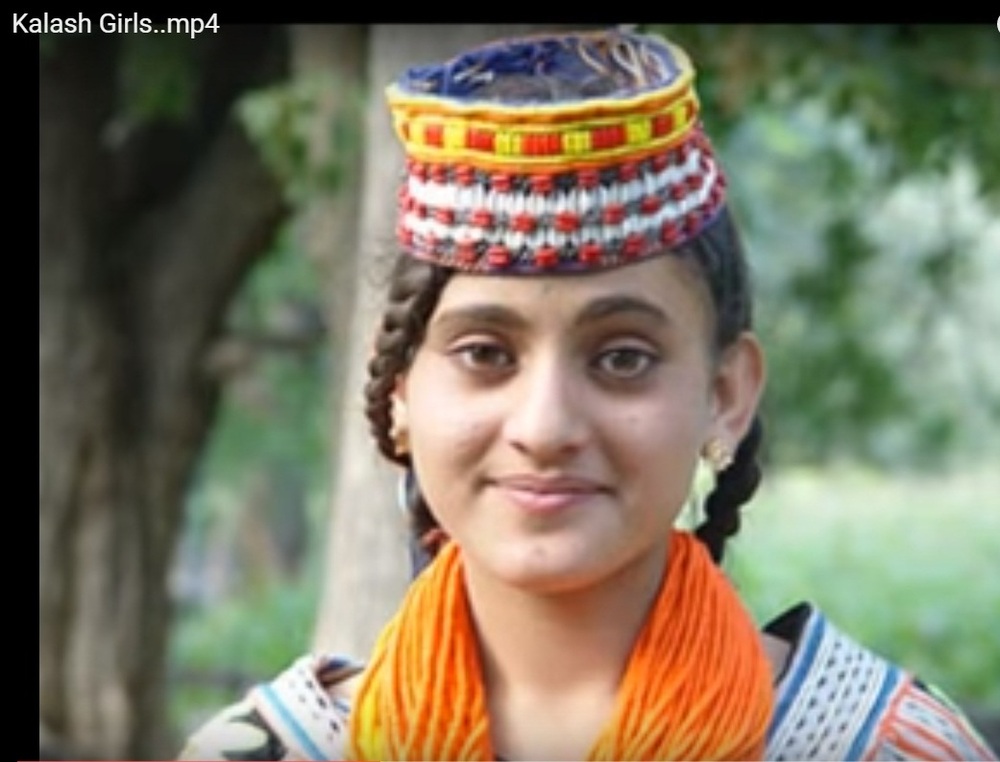 The Border of Light and Darkness.

These days, this part of the globe is often overshadowed by the black clouds of aggression due to the military operations shaking the Pakistan-Afghanistan border area. 2012, August. The world is abuzz with news of fighting in Nuristan along the so-called Durand Line, the former Indo-Afghan border. It was established in 1893 by the agreement of the foreign secretary of the Anglo-Indian government, Mortimer Durand, with the emir of Afghanistan, Abdurrahman Khan, so that the latter could not enter Kafiristan, Pakistan, and about three thousand Kalashas managed to keep their ancient faith.

However, at present Afghans do not recognize the Durand Line (which Pakistan, part of former British India, has recognized), because they believe that the original Afghan lands, inhabited by Pashtun tribes, are Afghan territory.

And so one would like to believe that the time will come when Nuristan, no matter what gods its inhabitants pray to, will truly live up to its name “Land of Light”.