Nicosia (Lefkosia) is the capital of Cyprus on the Pedieos river. Nicosia, a city in the lowlands between Kyrenia and Troodos mountains. It is the only territorially and religiously divided capital of Europe, located almost in the center of the island. The northern part belongs to the Turkish occupiers, the southern part to the Greek Cypriots. In the hot summer, when the temperature here usually reaches 45 degrees, do not go to the capital.

Lefkosia, a classic city with a busy life. It is now the residence of the head of state, as well as the main and cultural center of the country. In Nicosia is the only university of the Republic of Cyprus. It was founded in 1989 and in 1992 it welcomed its first students. It has four faculties, twelve departments and a center for archaeological research. The city is a center of trade and production of textiles, leather and ceramics. 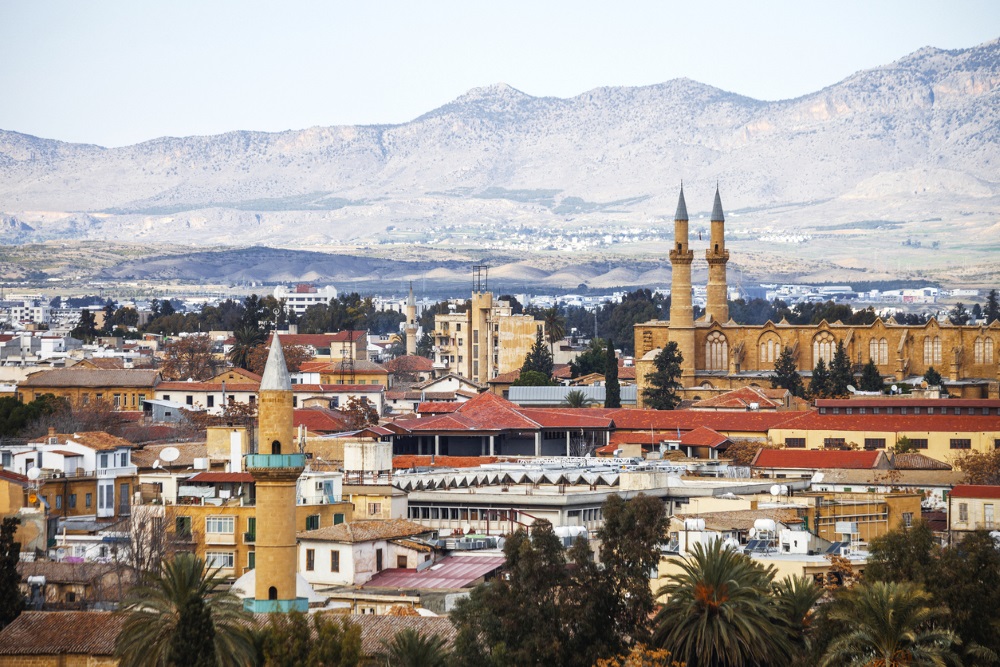 It is a good idea to start a tour of the city with the local archaeological museum on Leoforos Moussiaou Street. Many exhibits will introduce visitors to the basic history of . From here it is just a short walk to the 16th century Venetian wall, which borders the old town in a circle. Via Solono leads to the church of Trypiotis. On the next side is the Mosque of Omerie. Turning on the right you can see the 18th century houses of Dragomanes Hadzigeorgakis.

The next street on the left leads to the square of Archbishop Kyprian. Here you can see the Archbishop’s Palace and the huge statue of Makarios III. There is also the Byzantine Museum with a fine collection of icons. On its land is the Cathedral of St. John, built in 1662. Nearby is the Cyprus Folk Museum. Continuing northwards and then turning right through Tisios, appear the gate of Famagusta, which was the main entrance of the city. 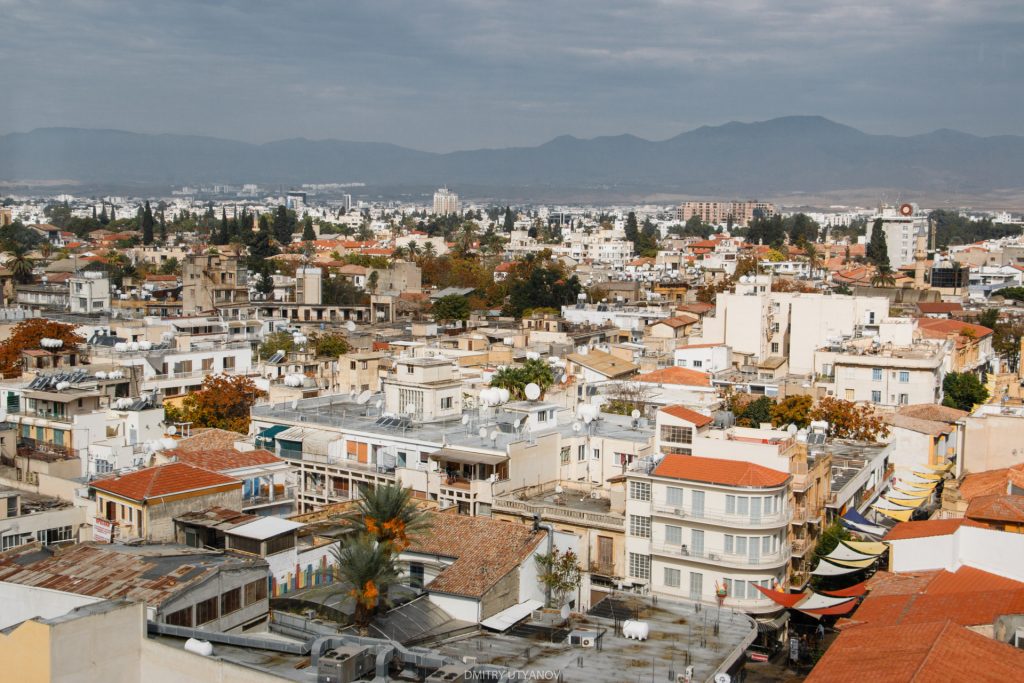 Nicosia and Paphos, the cities of sunny Cyprus

Nicosia, an ancient city and probably the only region of Cyprus that can boast Bronze Age dwellings dating back 2500 B.C. when the first inhabitants settled in the fertile Messoria. The city was first known as Ledra and underwent great development in Byzantine times. The Venetians built defensive walls around the city. However, in 1570 the city was conquered by the Ottomans . Under Ottoman rule, the city’s development was halted until 1878, when British rule came into play and the city began to grow again. In 1963 the city was divided between the Greeks and the Turks. The partition of the city that occurred in 1974 during the Turkish invasion.

The long history of Nicosia can be seen in the local architecture, monuments and city walls built in the 16th century by the Venetians. In the first millennium BC, city-states were established in Cyprus. The city-state of Ledra has been known since 672 BC when it was ruled by King Onasagoras. During Roman rule the city-state of Ledra was only a small village, but in the 4th century AD it became the capital of the Lusignan Kingdom.

The surroundings of Lefkosia

The plains of Mesaury are best visited during the winter and autumn months, when the climate is more pleasant. Several archaeological sites, churches and monasteries have been discovered in the area. In the villages you can get acquainted with the everyday life of an ordinary Cypriot. Ancient Thamassos is located approximately 17 km southwest of Nicosia, near the village of Politiko. The fame of Thamassos lies mainly in the exploitation of the Copper Rock after which the whole island is named. Copper has been worked here since the 7th century B.C. The tombs that were discovered here date back to the 6th century. 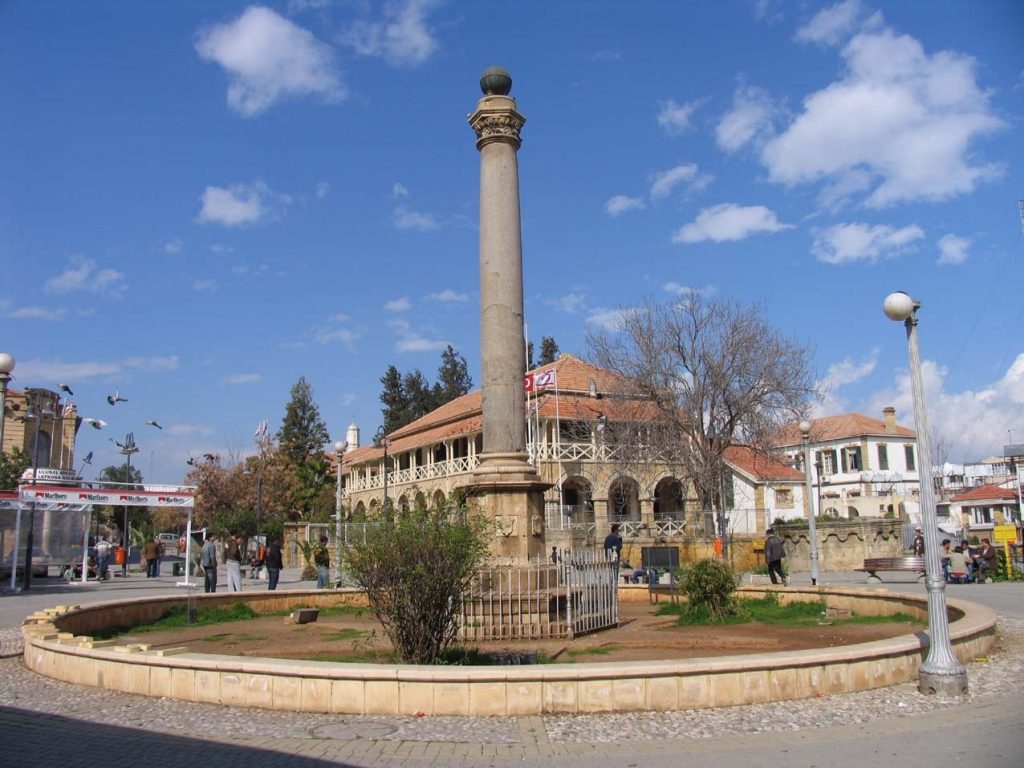 The area around Lefkosia

The monastery of Saint Heraklidios is near Tamassos. Heraklidios was born in Thamassos and was accompanied by St. Paul and Barnabas on his journey around the island. He became the first bishop of Cyprus. Many miracles are said to have occurred during his episcopal career. The original church was laid out in the 5th century B.C., but the monastery buildings were not rebuilt until the 18th century A.D. . The monastery is decorated with colorful frescoes and icons.

Pafos, a tourist resort located in the south-west of the island, is one of the most beautiful Cypriot cities with centuries-old history. It is home to around 40,000 residents. Pafos is a UNESCO World Heritage Site. Pafos, a popular tourist resort by the sea. The main avenue with many stores, bars and cafes runs parallel to the waterfront. Pafos local water park “Aphrodite”, the largest water park in Cyprus by the number of attractions. It also attracts visitors to the longest whitewater rafting in Europe. Every year it is visited by 100,000 people . It is open from May to October. 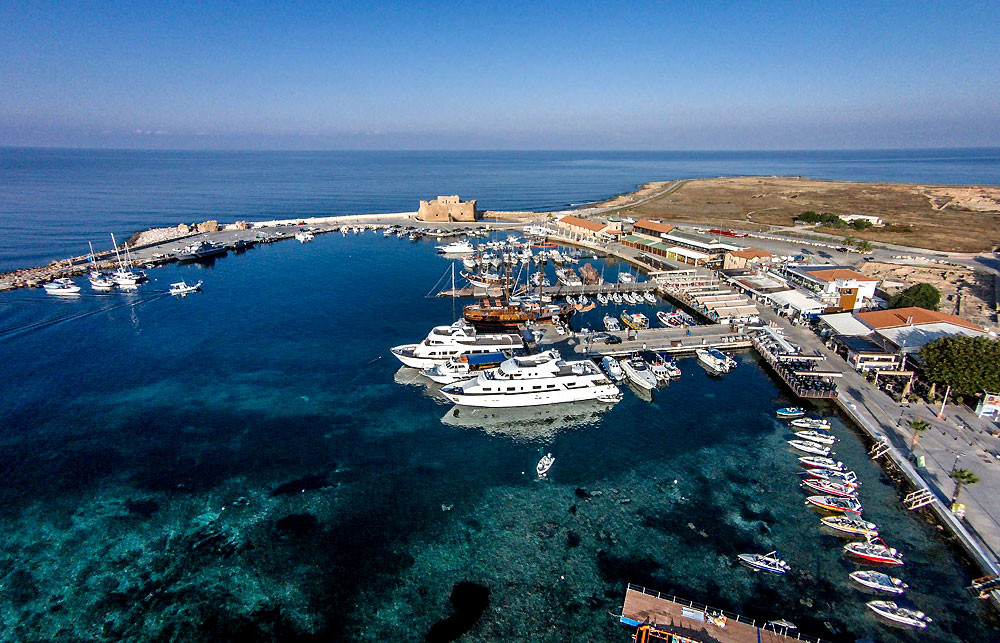 History buffs and lovers of old times will find something for themselves here. The excavations show the history of the city. The first mention of the site dates back to about 320 B.C., as Nea Paphos. At that time it was near a place called Kouklia. Significant archaeological sites are mainly from the Hellenistic to the Roman period.

The tourist center is especially known for the excavations that have uncovered magical mosaics from the 3rd to the 5th century from the houses of Dionysus, Orpheus and Aeon or the Villa Eti . Among other interesting local sites, the Royal Tombs in Kato Paphos. As for the beaches, there is a choice. On the south side the water is calm, ensured by the breakwaters on the shore. On the west, the sea is much more rough. Summers are milder, so banana cultivation flourishes here. Not far from here, on the beach of Petra tou Romiou, according to the legend, Aphrodite was born from the waves. 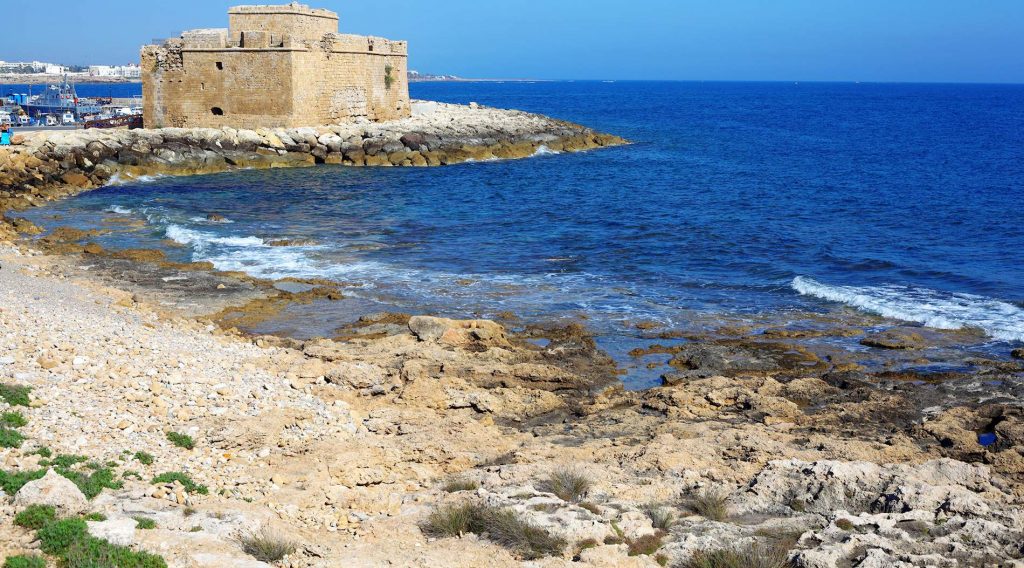 Two kilometers north of the port of Pafos, near the town of Ktima, on the beach, there are archaeological sites for the royal tombs, or tombs of the Kings. The road on which the tombs are located has the same name, which makes it easier to find your way around. The beach of Lara is located in a quiet area, 25km north of Paphos. It is a nice long sandy beach in the bay and is noted for the fact that every year huge and carding turtles nest there. Because of the large influx of visitors to these places, conservationists have been taking care of the eggs laid in the sand every summer since 1978.